May 16 – Smuggler’s Notch and Waterfalls

Another perfect sunny day, so it was time for a road trip. First up was the road through Smuggler’s Notch, which is a pass next to Mount Mansfield that has the Smuggler’s Notch ski resort on one side and Stowe ski resort on the other. The road is closed in the winter because it is very narrow, twisty and gets a ton of snow.

Driving through the Vermont countryside. 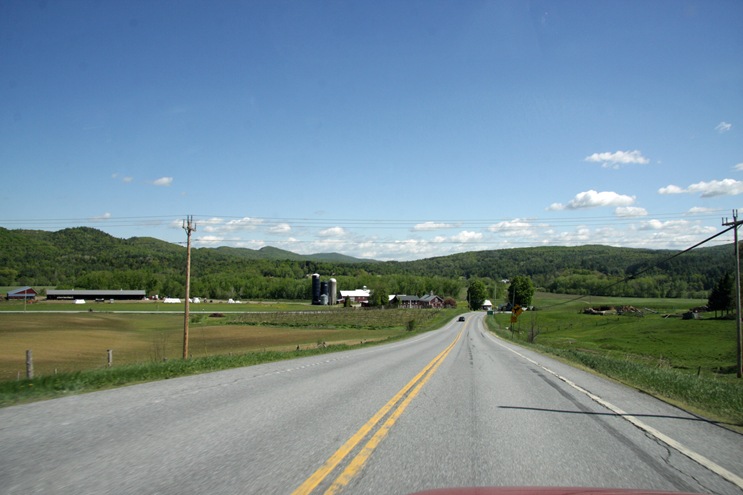 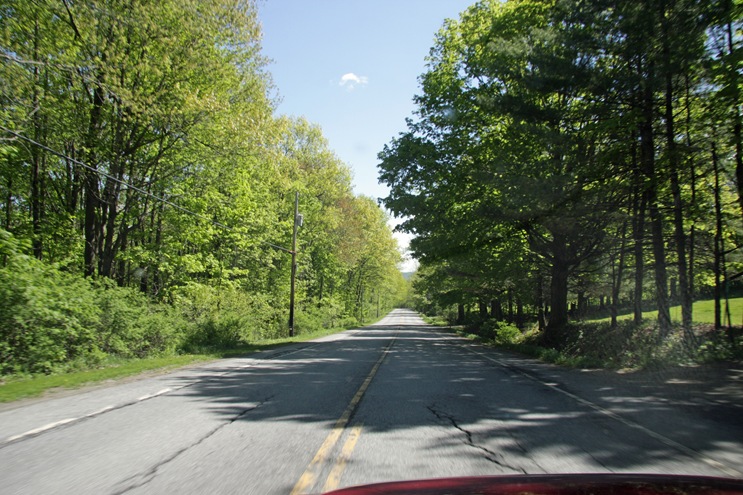 Our first view of the Smuggler’s Notch ski resort. 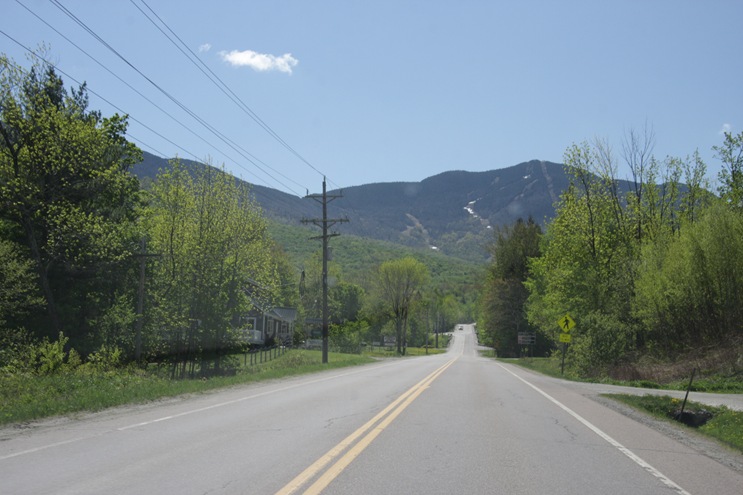 Up the notch road. There are not really any views as the road is hemmed in by tress on each side. 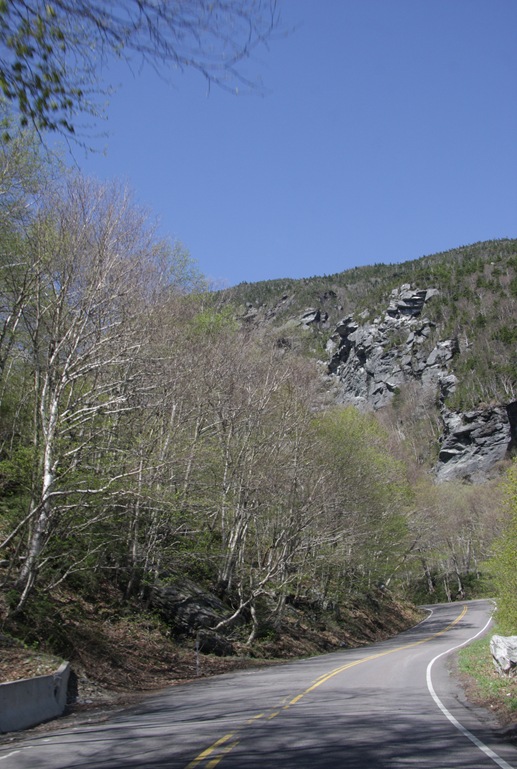 At the top there is a parking lot for a hiking trail that goes up higher. It is rated strenuous but it was currently closed so we didn’t do it. Ya right! 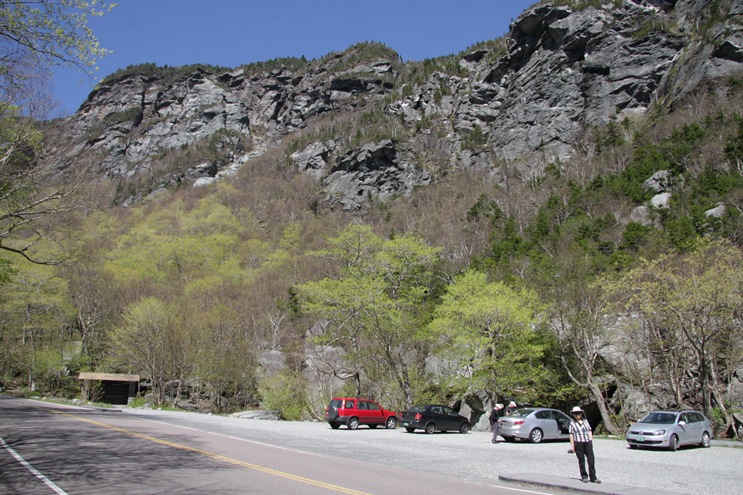 Heading down, the road is very narrow with a bunch of hairpins. We had to alternate with a car coming up at one of them. 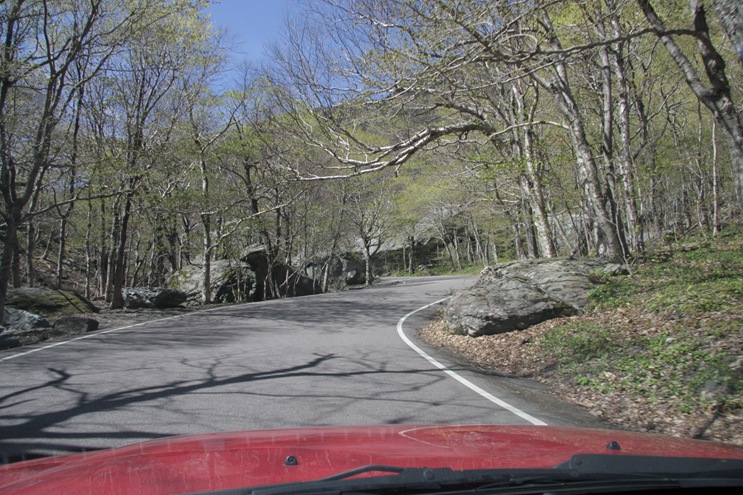 You first hike down a hill to meet the river gorge with some great stone formations and cascades. 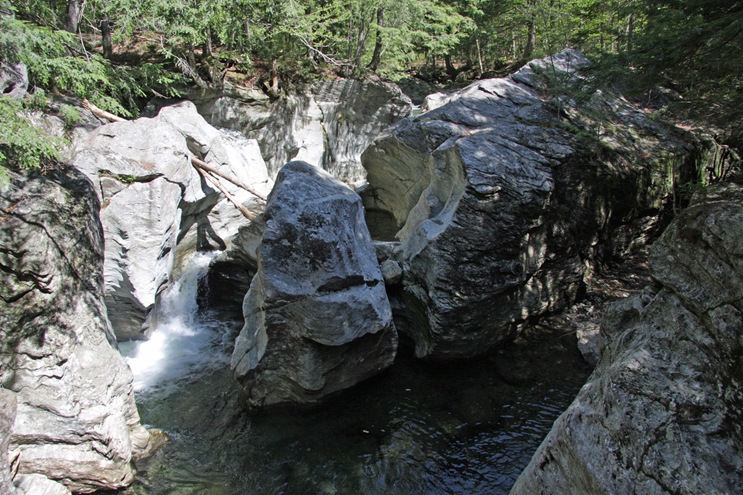 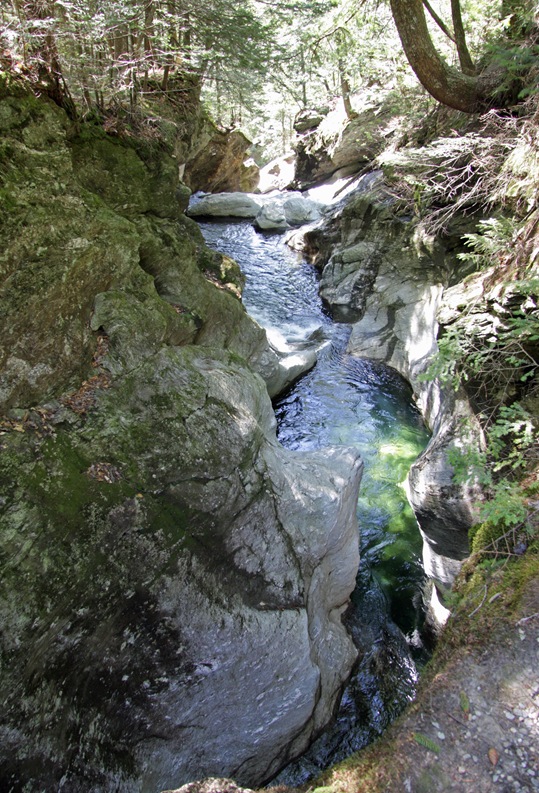 Jennie hanging on tight to look down into the gorge. 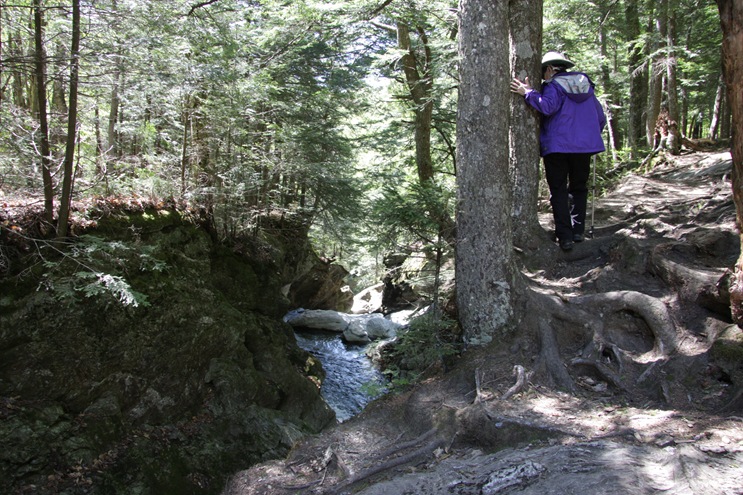 Then you follow the trail down the gorge until you get to the falls. 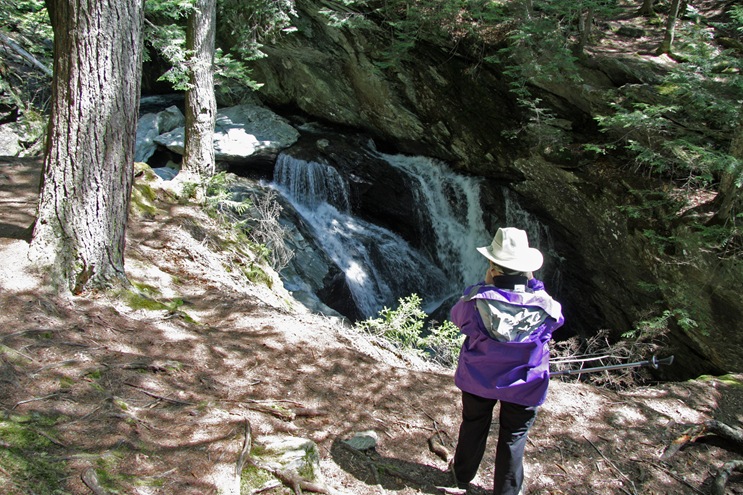 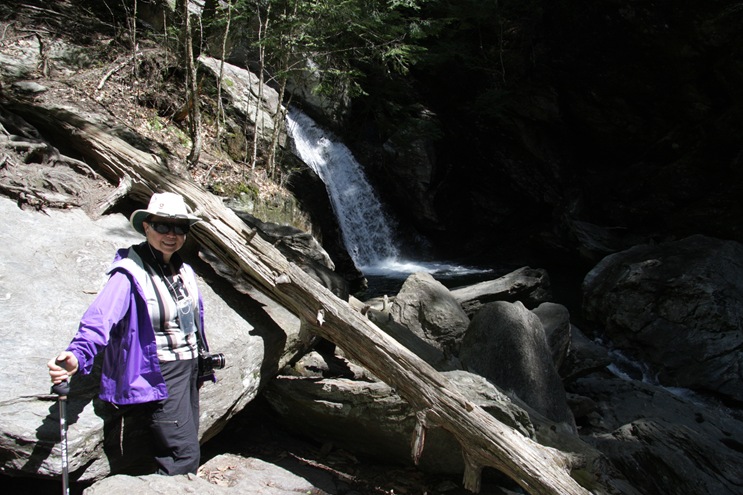 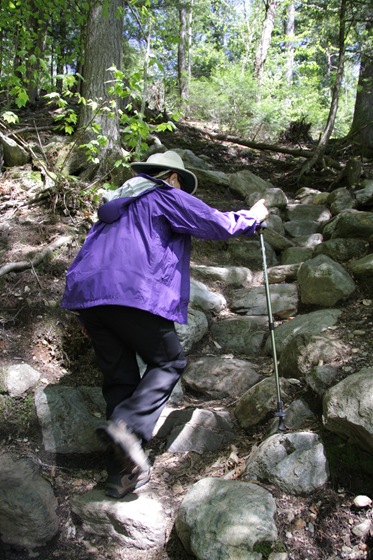 Next stop was Sterling Gorge. It is a bit out in the boonies and you have to go on a few kilometers of dirt road to get there. 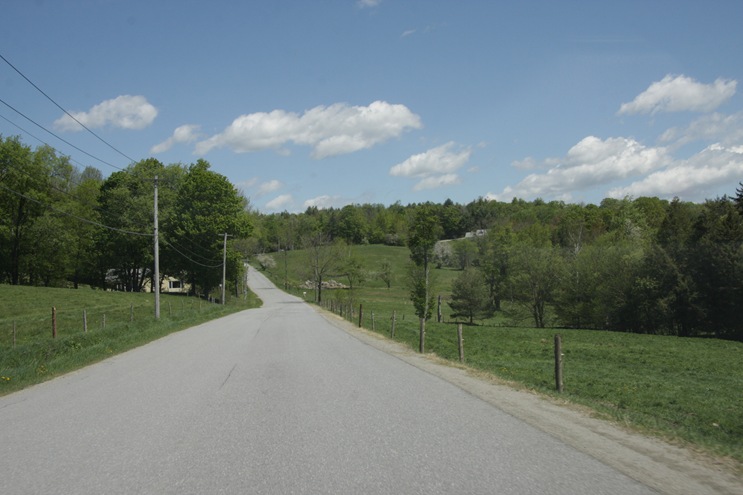 Another nice deeper gorge with no huge waterfall but more interesting rock formations and small cascades. 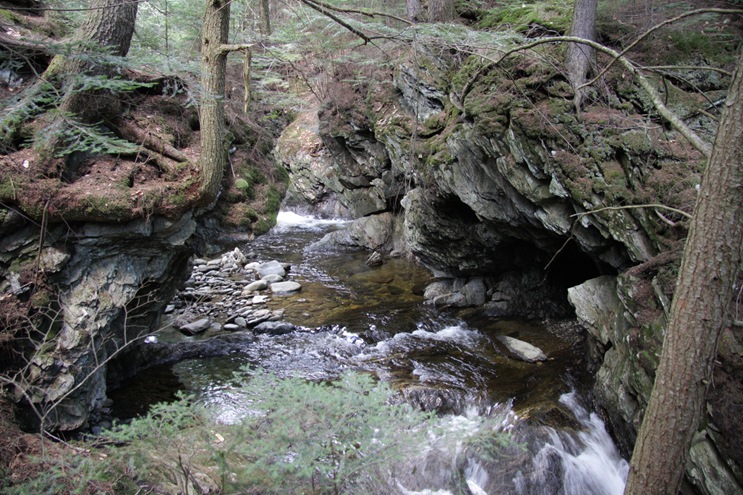 There was still some ice and snow in the one of the shaded sections. 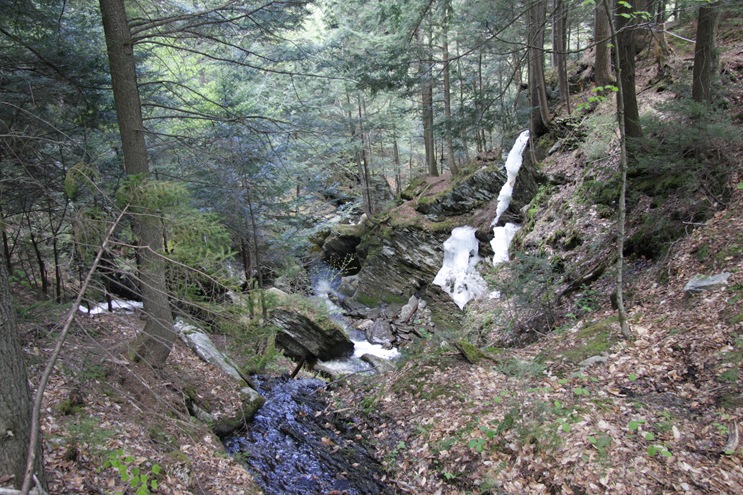 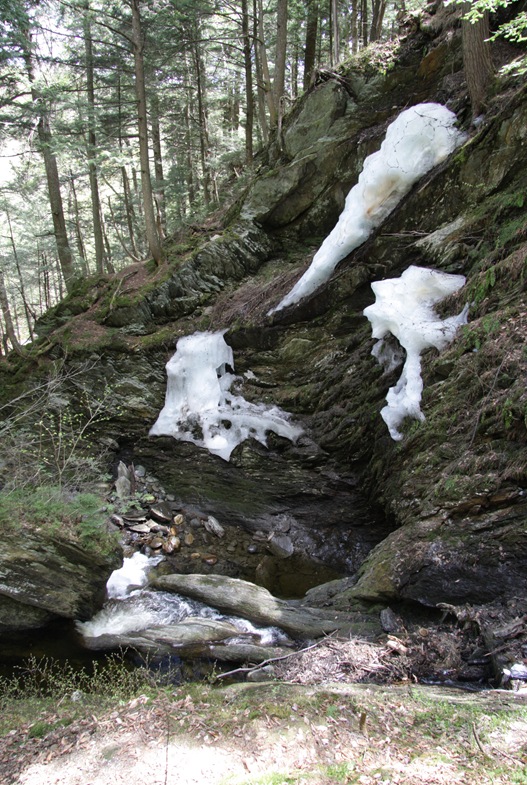 Pictures don’t do the location below any justice, We were surrounded on three side by huge vertical cliffs. I even tried to take a movie but it didn’t help much. 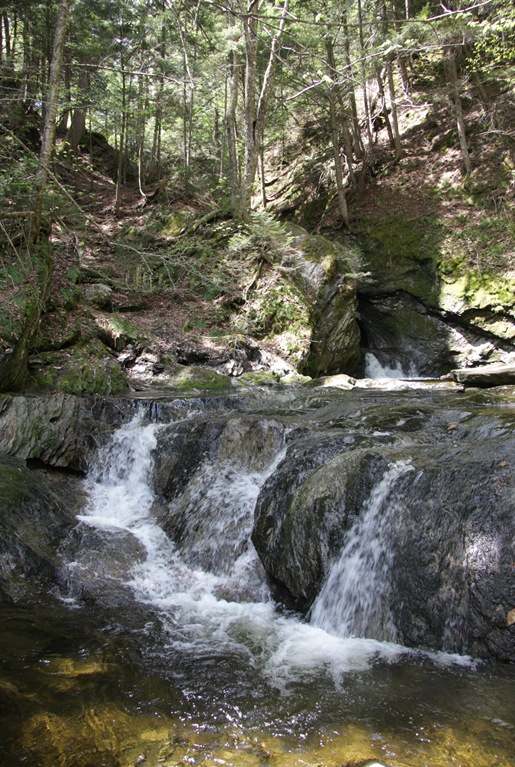 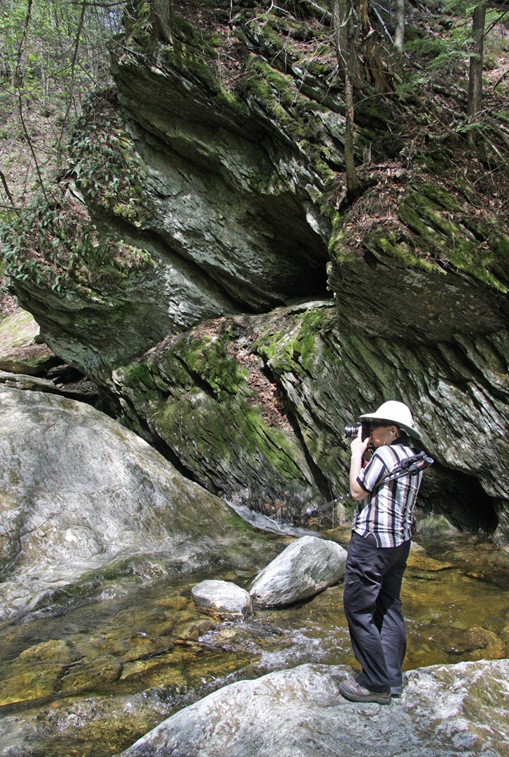 This weird fungus was growing out of an old stump. 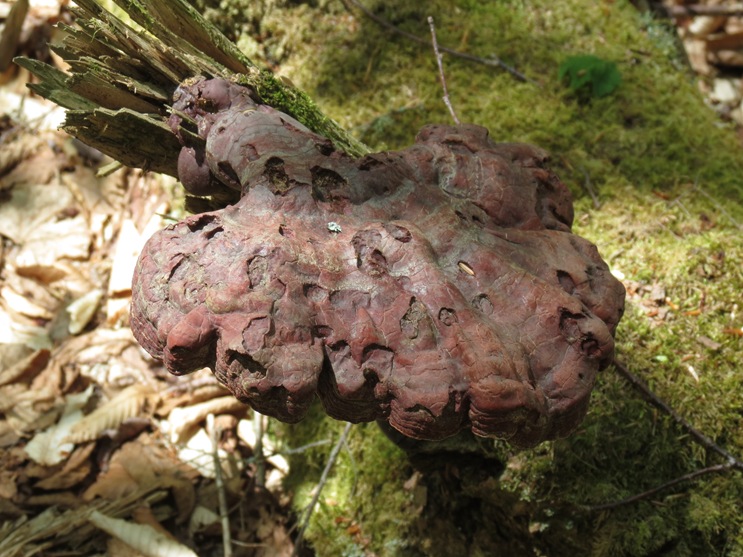 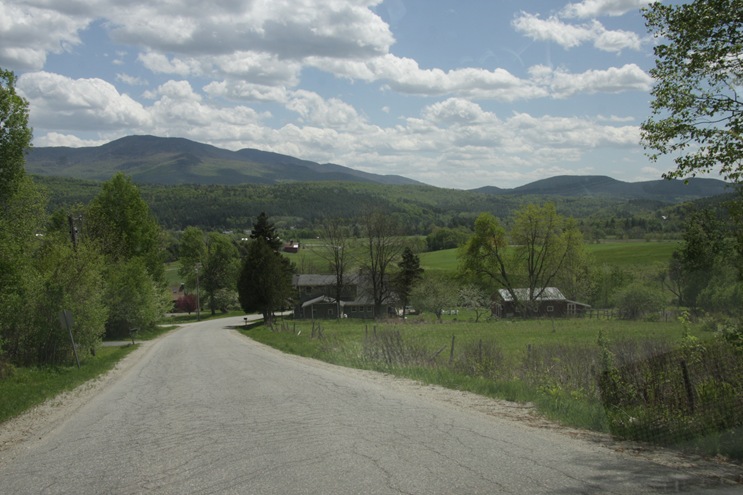 It was just a short hike in with lots of flowering trees. 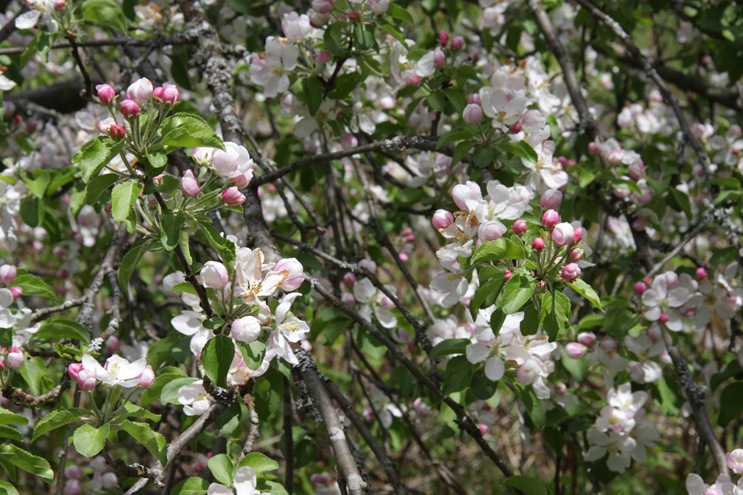 And then up a steep pitch to get the view. You couldn’t get much closer than this as there were deep cliffs all around. 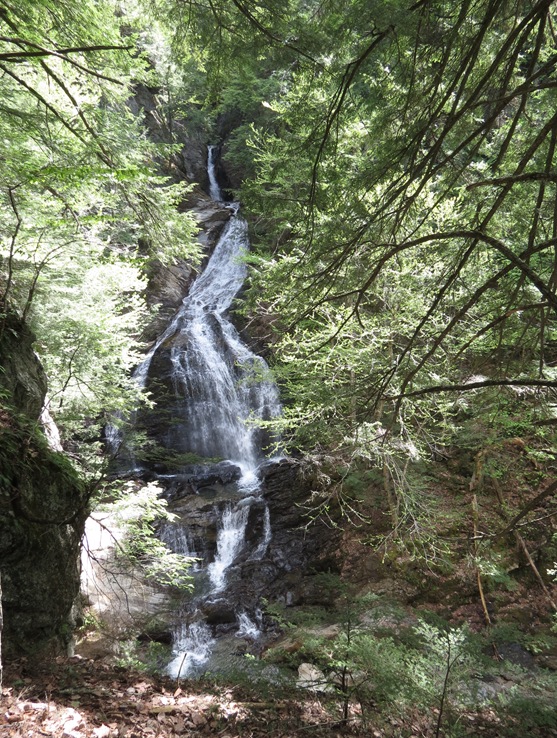 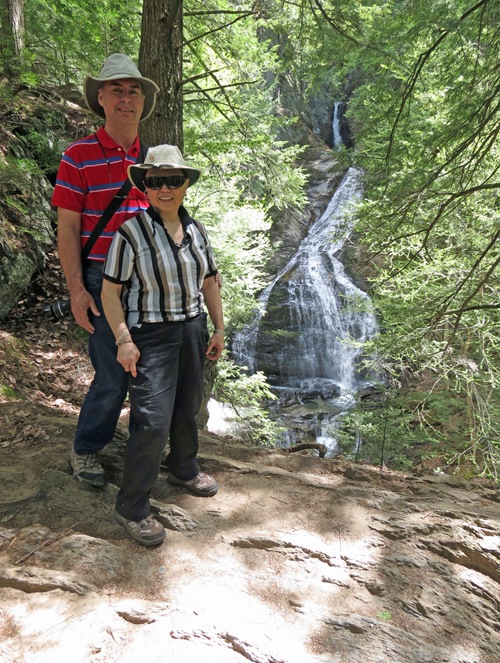 To reward our hard work we first stopped at the Cold Hollow Cider factory. 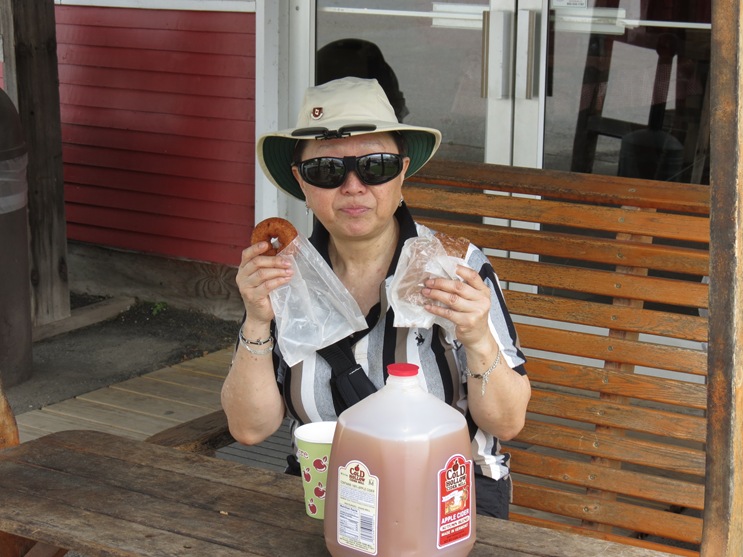 And then you can’t go to Vermont without stopping here. They run a tour through the factory ($2) but I had read in other blogs that it wasn’t even worth that as you just watched a movie and then look at factory through the windows. They weren’t even making anything today. 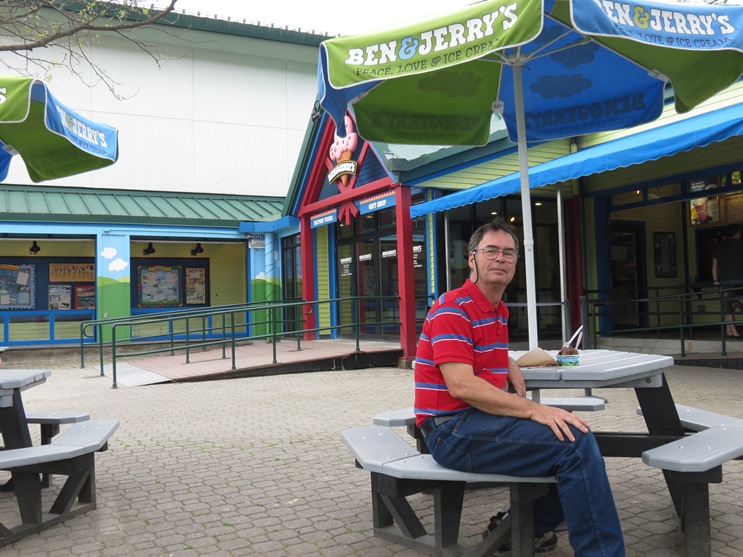 Around the back we wandered up to the flavor graveyard where they commemorate flavours that just didn’t work/sell and were retired. 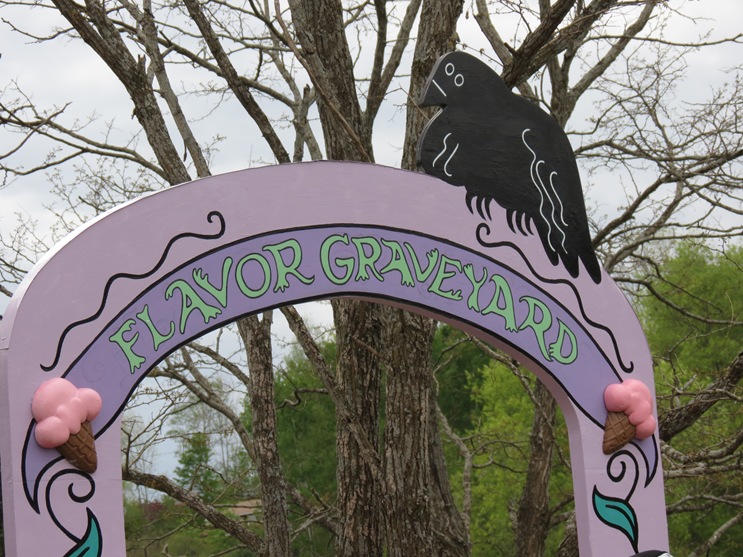 Each one gets a tombstone and a description. 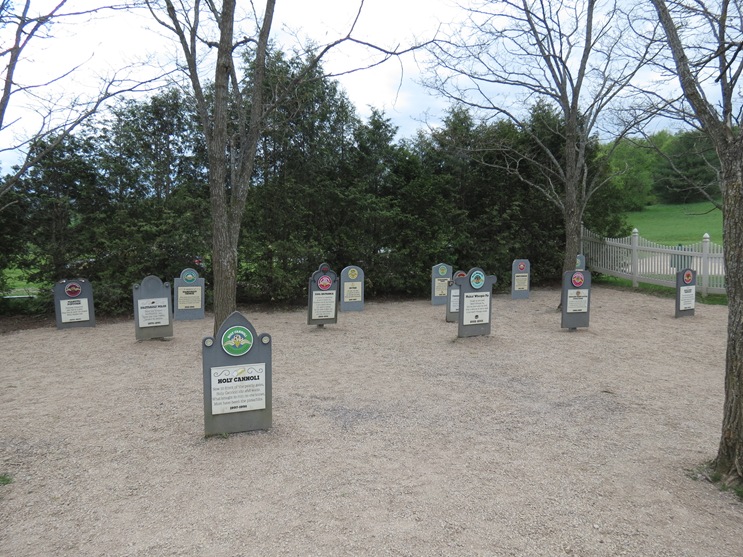 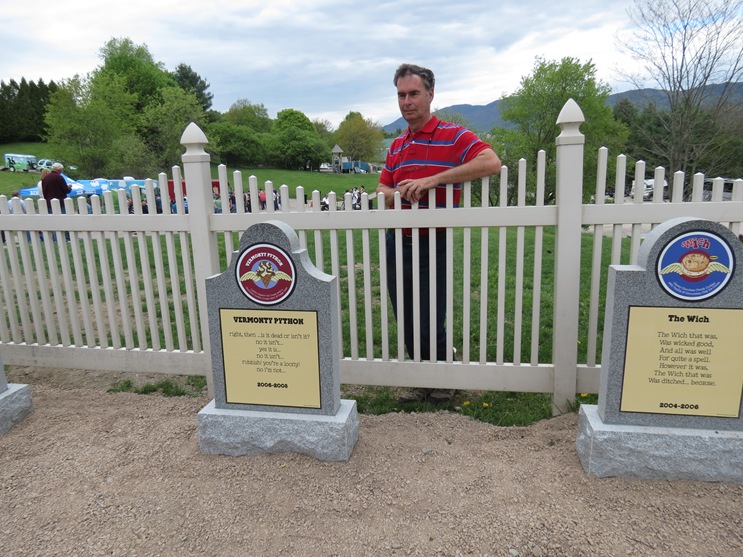 We realized something special must have been going on because around the graveyard there was a band playing and a whole lot of people were gathered. 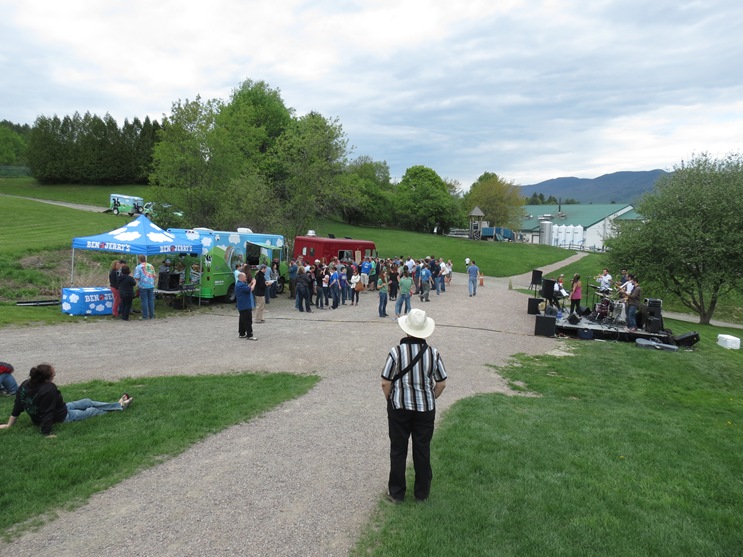 Someone from the company was even being interviewed. One of the cameramen said that a fan outcry had gotten the company to resurrect one of the flavours. I guess that is big news around here. 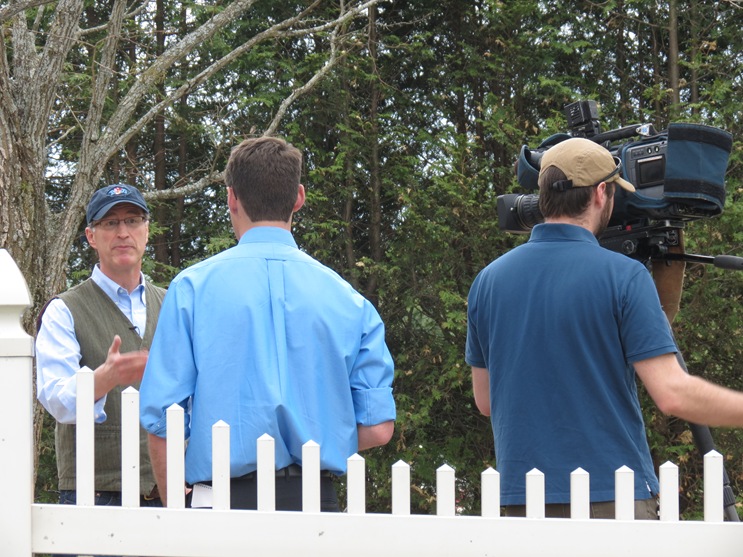