Yesterday, when we got up, the lake was flat calm. If we had taken the jet boat ride today we could probably have seen and heard a few more things but I don’t think it would have been nearly as fun. 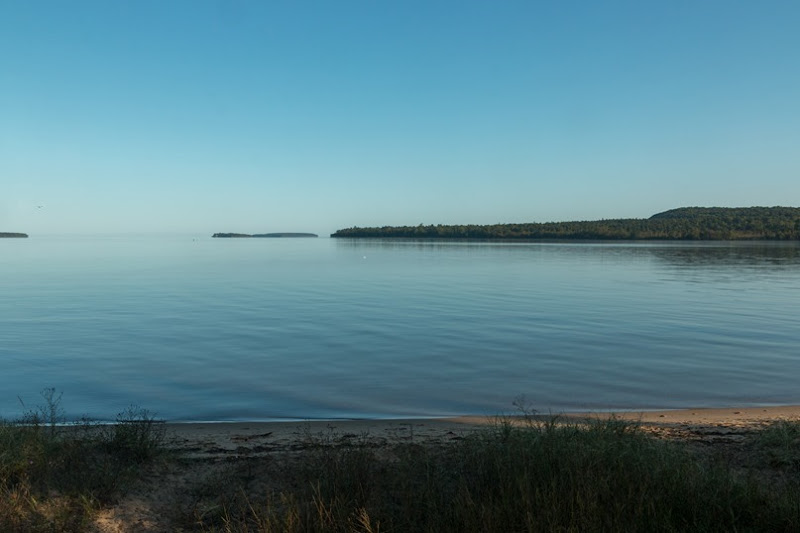 Jennie has been waiting for a calm day to climb on this giant root that is just down the beach from the RV. 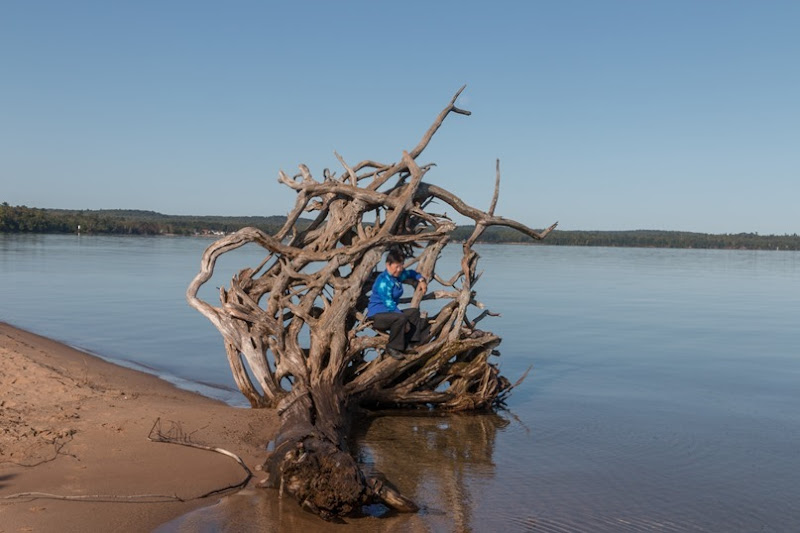 Our next destination is the Sleeping Bears Dunes National Lakeshore but it would have been an almost 6 hour drive so we split it into two days and only drove to St. Ignace yesterday.

Since the drive was only about 2 1/2 hours I figured that we could catch something else that I had read about. It was slightly out of our way but it turned out to be really worth it. We dropped the RV off in a park in Manistique and just took the car.

Kitch-Iti-Kipi means Big Spring. It is located just west of Manistique in a small state park. It is an amazing, large blue green pool fed by an underground spring.

The water is very clear with a lot of dead trees along the edge. 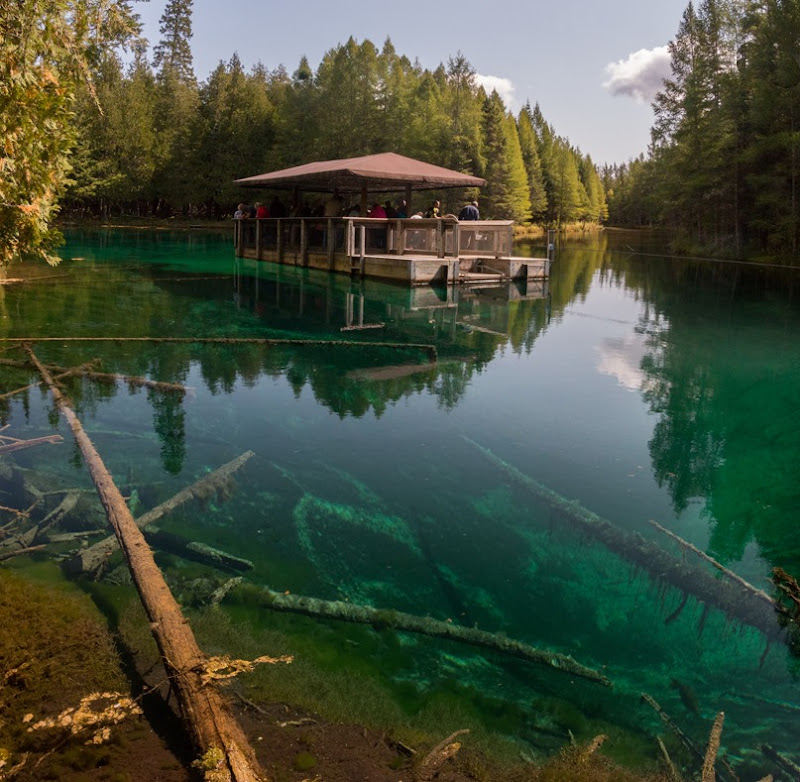 This picture shows how the spring is fed. 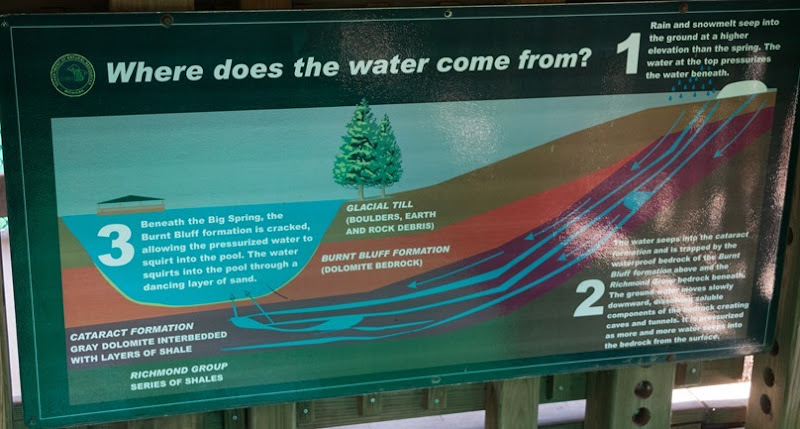 Rain, from a higher elevation, gets underneath a hard layer of rock and then cracks just below the spring allow it to escape under pressure. 10,000 gallons a minute flow into the pool at about 45F.

The raft can hold a lot of people, so even today being a Saturday, everybody only had to wait for the previous group to finish. 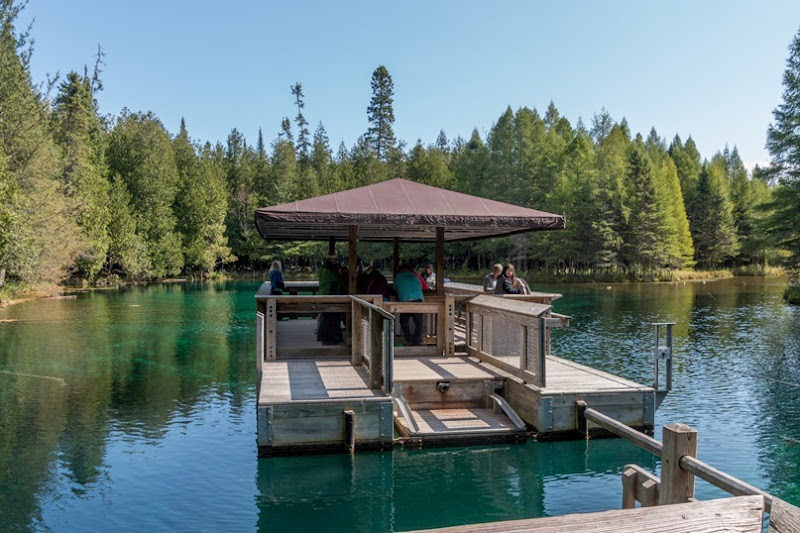 Somebody has to volunteer to turn the wheel to move everyone across the pool and back. Usually the kids want to do it for a while and then a parent takes over. 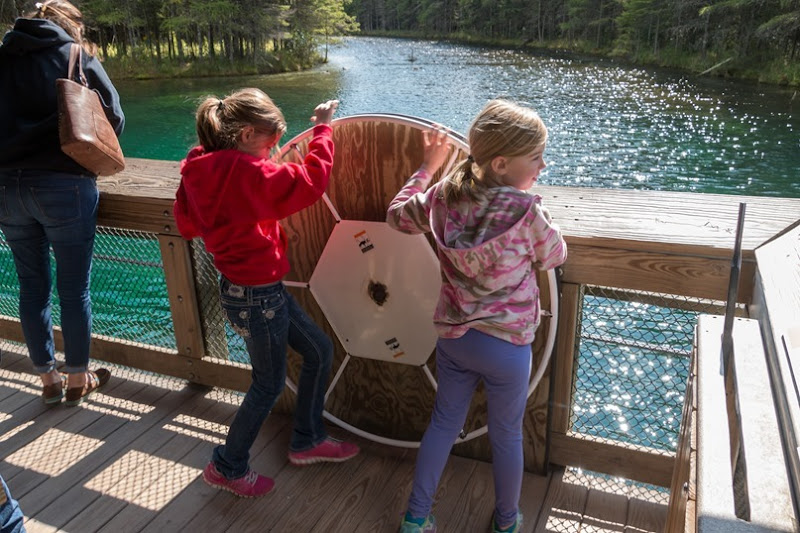 There is a well in the middle of the raft that gives you some calm water to see to the bottom, 45 feet down, as clear as if the water wasn’t there. 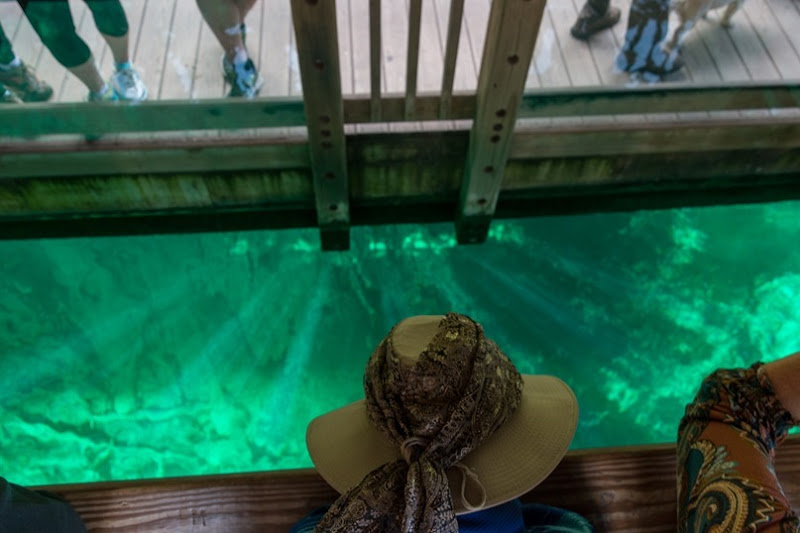 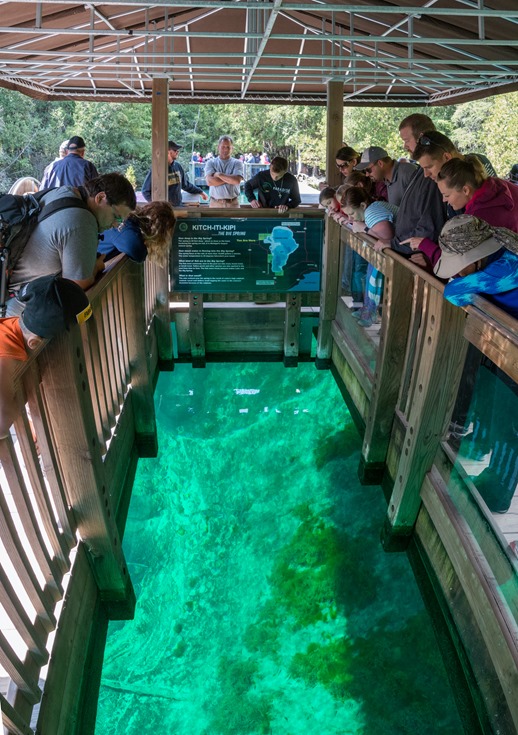 In the deepest section there was a school of large trout. No fishing allowed. 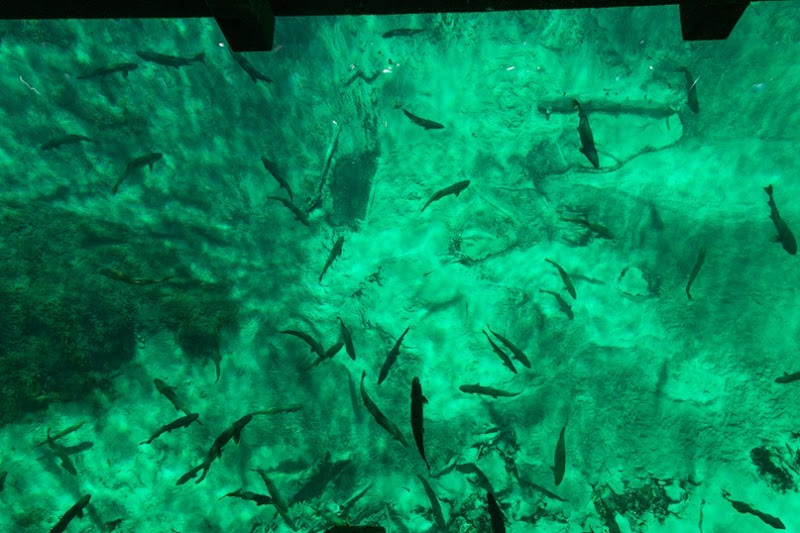 You can also see them under the raft as the next ride went out. 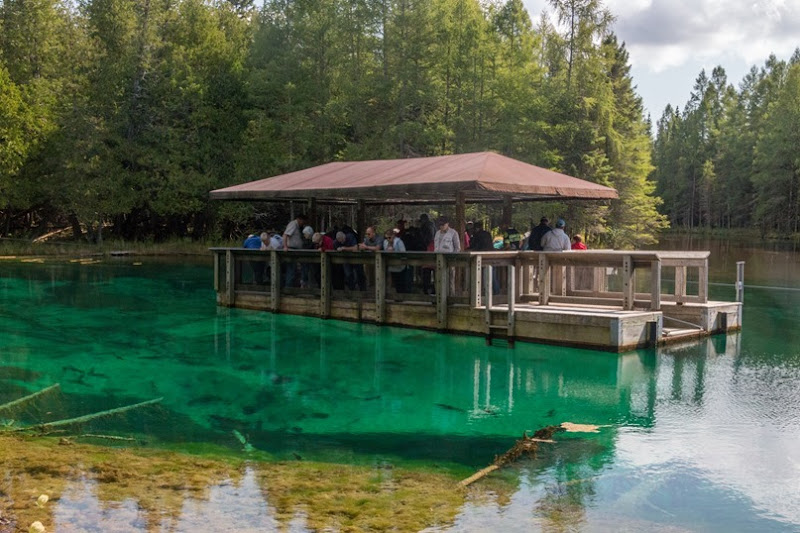 It was hard to stop taking pictures. 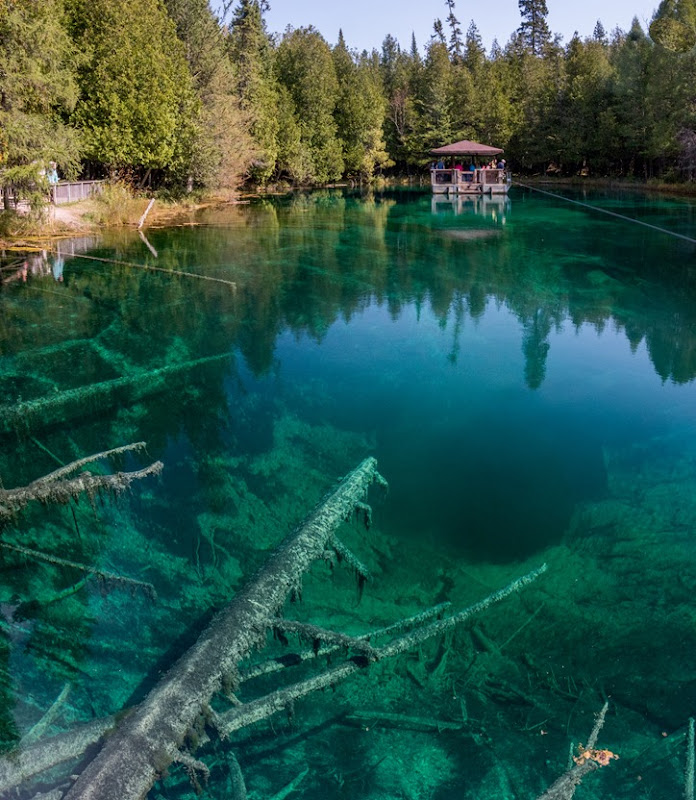 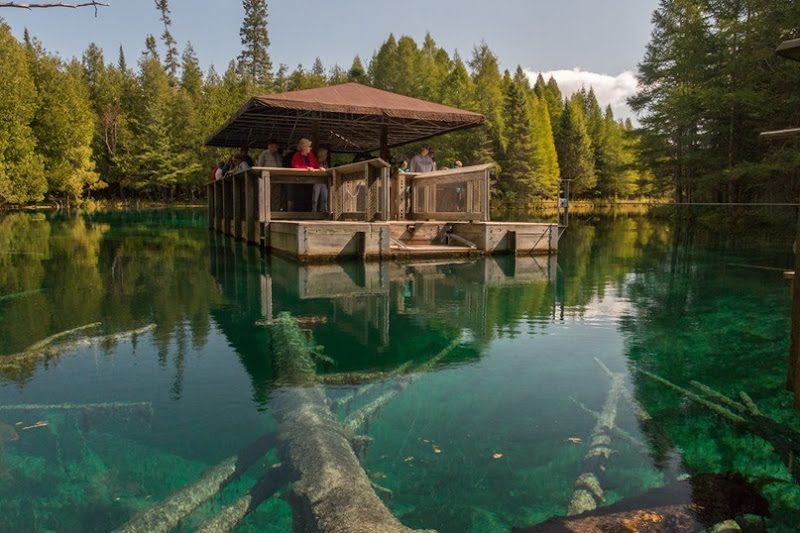 You really should check out the photosphere.

I am kicking myself that I forgot about our waterproof camera. Some underwater shots would have been interesting.

I am really glad we made the stop.

When we got back to the car a Monarch Butterfly was perched on the hood. It showed a total lack of concern no matter how close we got. 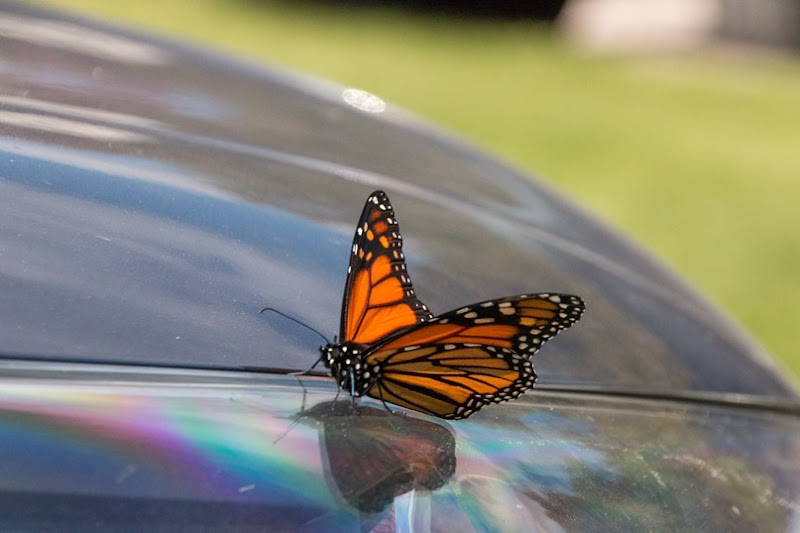 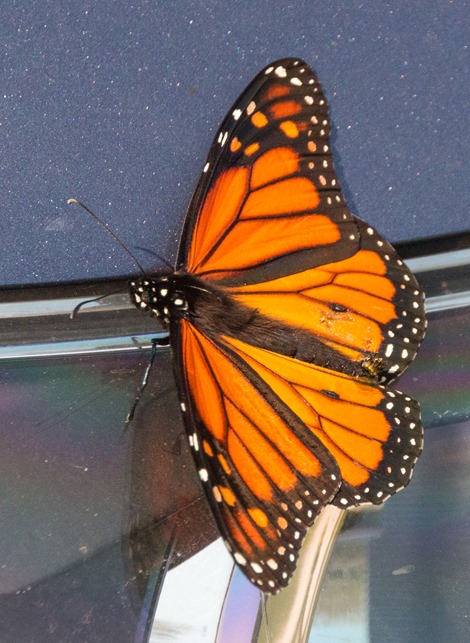 Last night we were in Straits State Park, just beside the Mackinaw Bridge (No Walmarts around). The campground has two areas. The upper one is more modern with all the RV hookups. The lower one is more rustic with some having electric only and the ones along the shore have nothing. Since we are only here for one night I wanted one with a view of the bridge.

I think our site may have had the best view in the campground. Jennie somehow even has a satellite signal through all the trees. 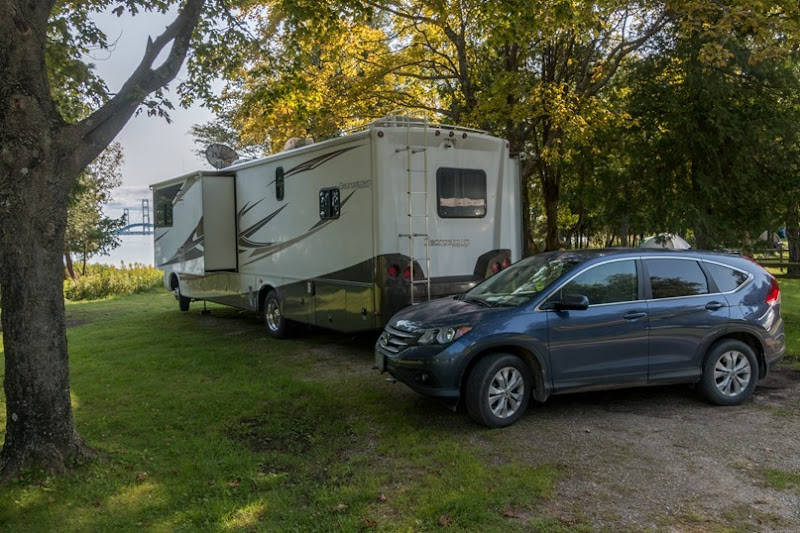 You can see the bridge in front of us. 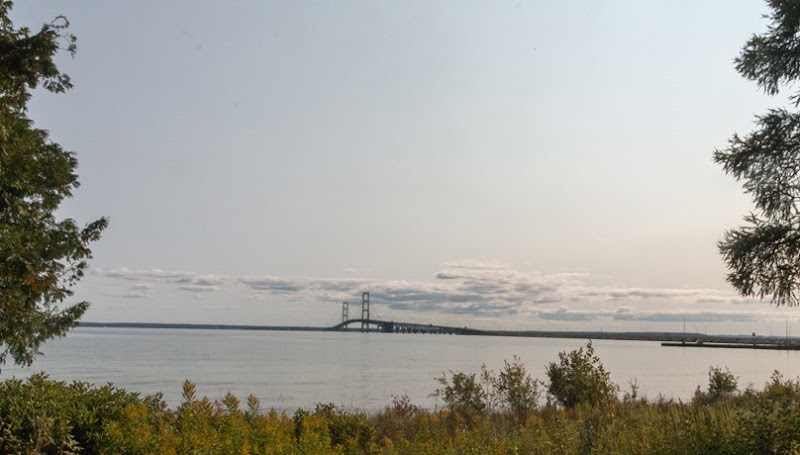 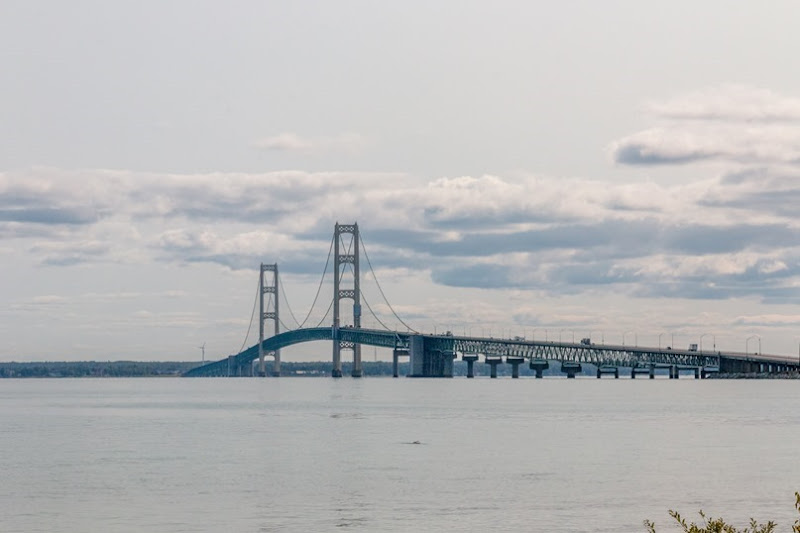 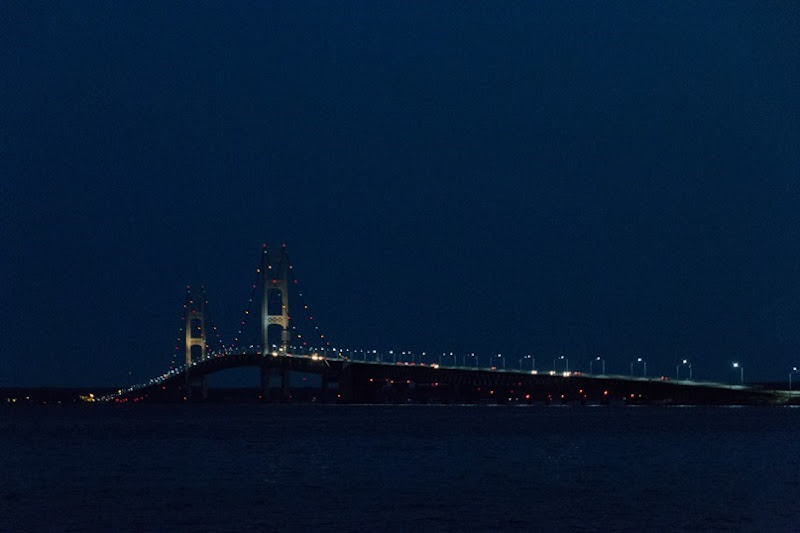 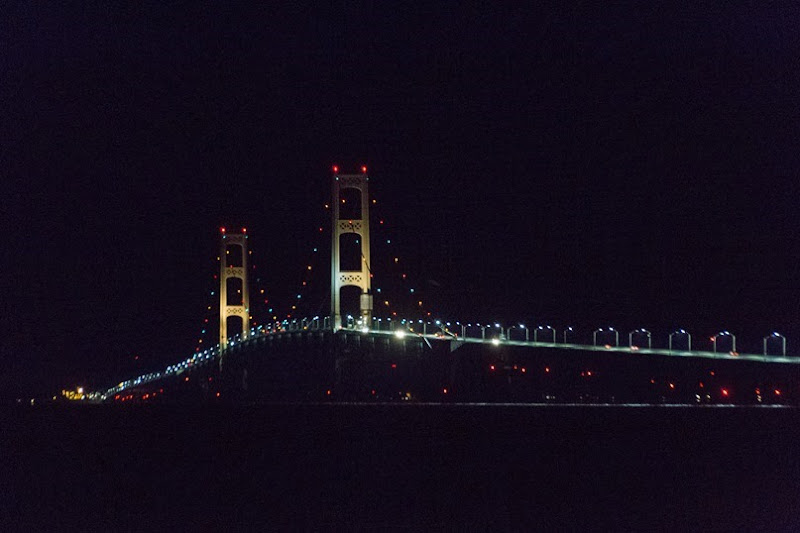 Today we moved on to the Platte River Campground at Sleeping Bears Dunes National Lakeshore. 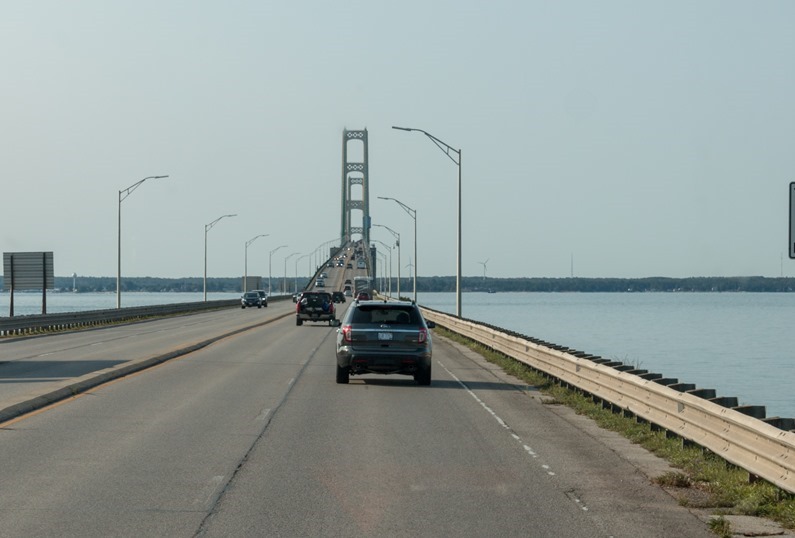 The roads across the top of the lower peninsula were narrow and a bit rough but it was no problem. I just had to really pay attention.

We are in a nice paved site in the forest. 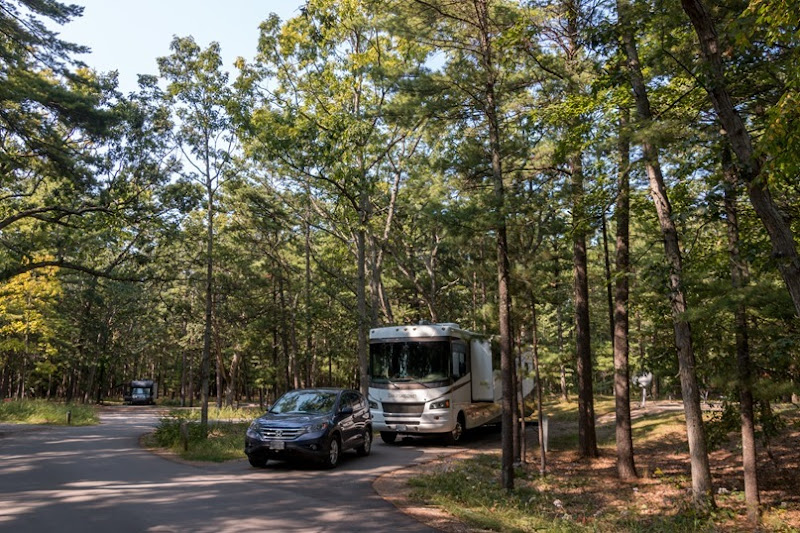 When I pick the sites I usually at least try to line them up so that we have a chance of seeing the TV satellites. Today when we drove in, I thought “No way” but I thought I would look up the pointing info and give it a try. Sure enough I was able to position the dish to see them through a tiny hole. The red circle below is where they are. 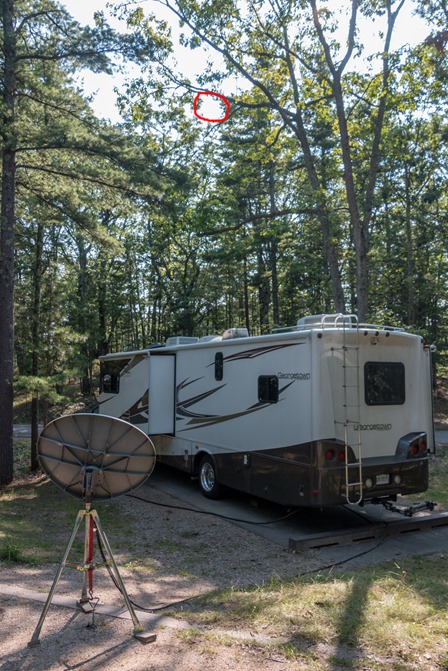 We are here at our last stop for 4 nights.