It was a dark and stormy night. Lots of rain and wind. The dampness also made it feel very cold even though the temperature through the night was in the high single digits.

It was a very long day of driving, at around 8 hours. There is not much of anything or anywhere to stay between Bismarck and Billings. There is one Walmart but it does not allow overnight parking and there were a bunch of campgrounds that were not open yet.

It was also overcast almost all day with on and off drizzle. 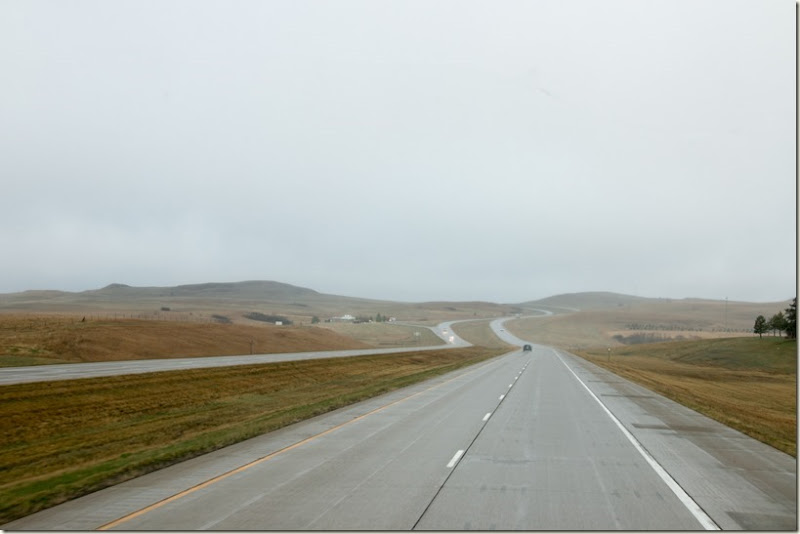 For most of the way the view was wide open big sky country. 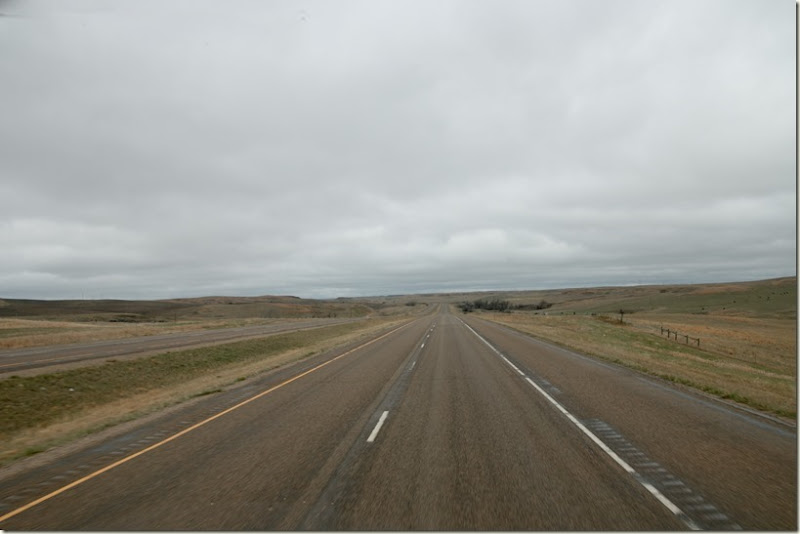 There was a huge bird sculpture on a hill. Some town’s claim to fame I guess. 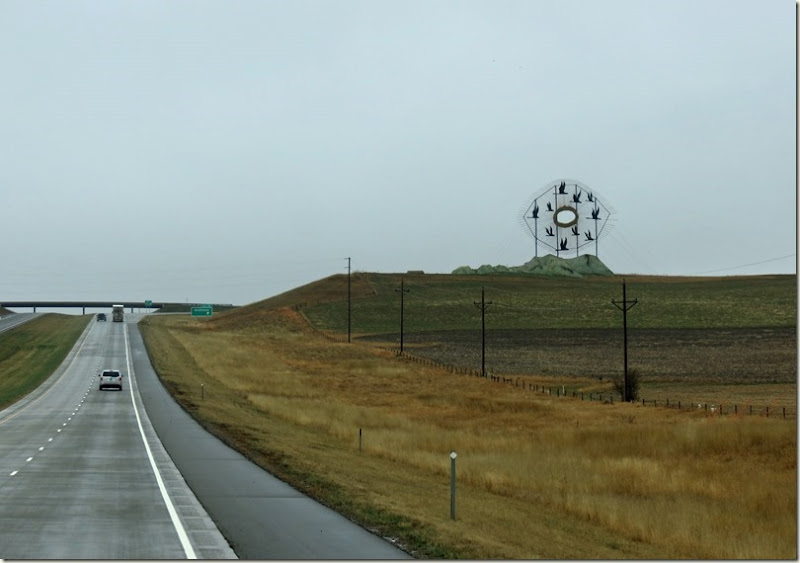 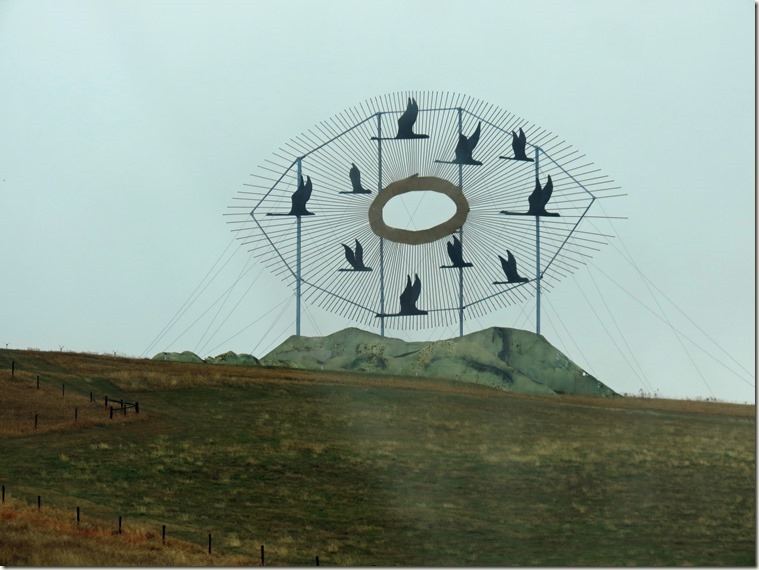 For a short while in the morning we went through the Painted Canyon area of Theodore Roosevelt National Park. 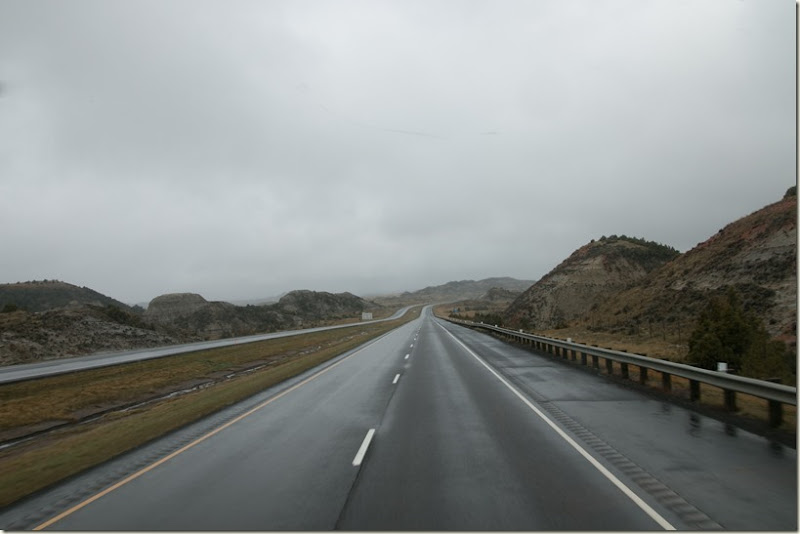 There was a viewpoint to stop at but it was closed so we had to make do with the view from the highway through the rainy windows. 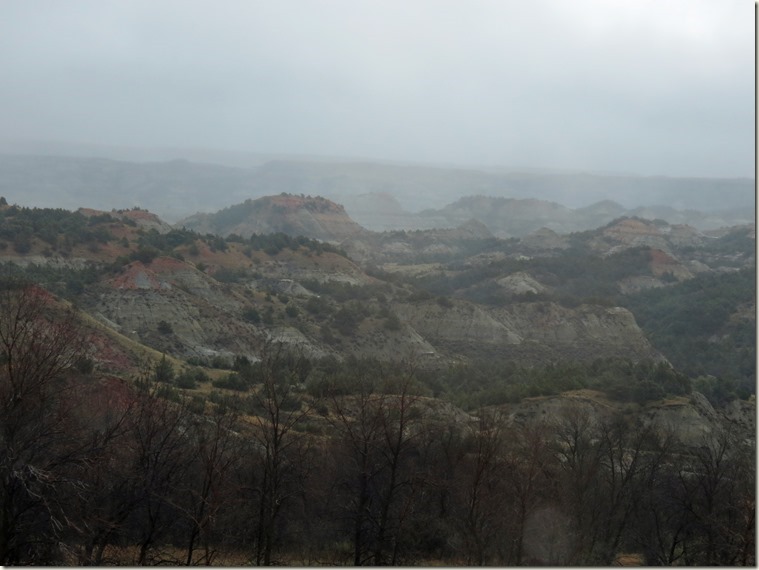 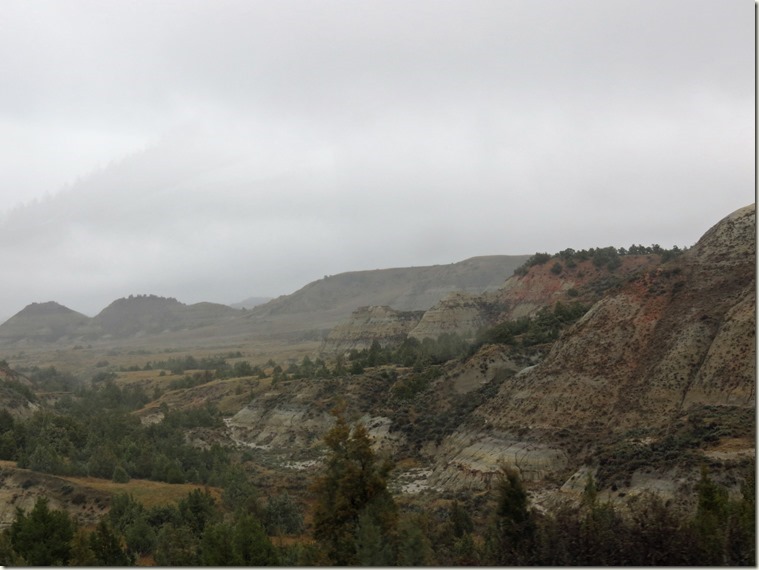 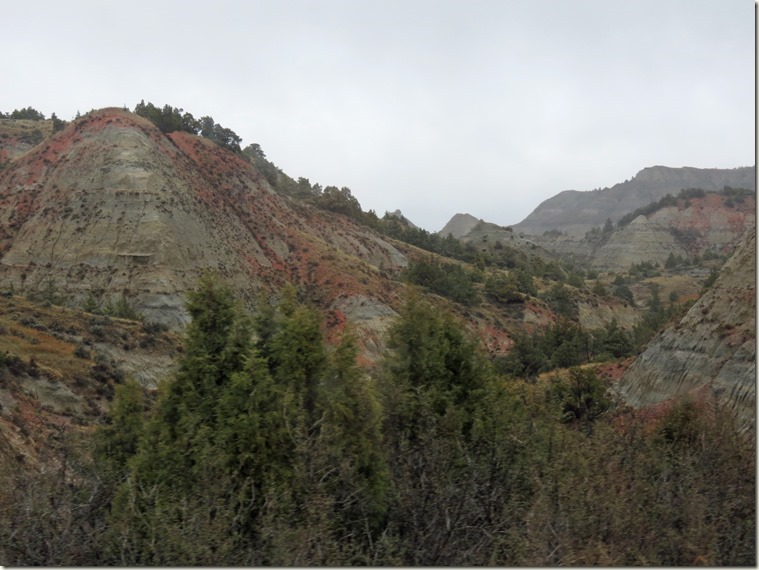 In the afternoon we followed the valley of the Yellowstone River, except that we weren’t right down at the bottom but always seemed to be climbing up and down along the edge. It made for nice view but it was tough on the RV as there were lots of quite steep hills.

We stopped at a rest area that had some picnic tables perched right on the cliff over the river. 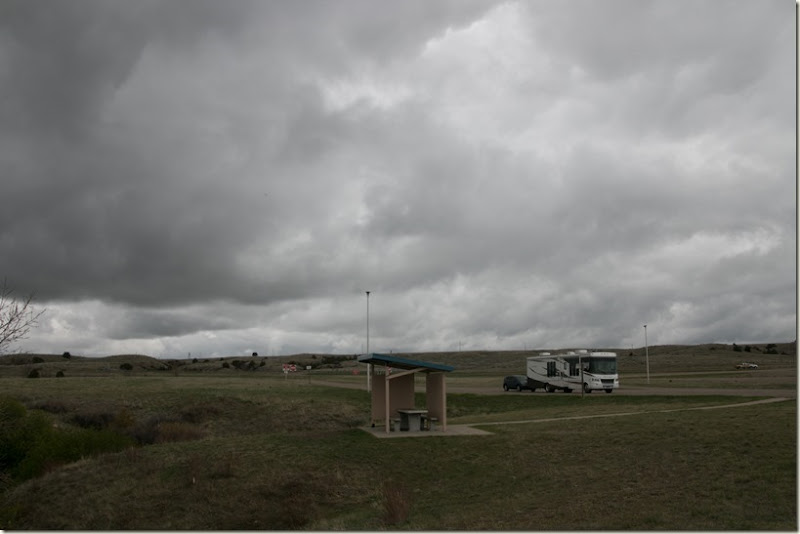 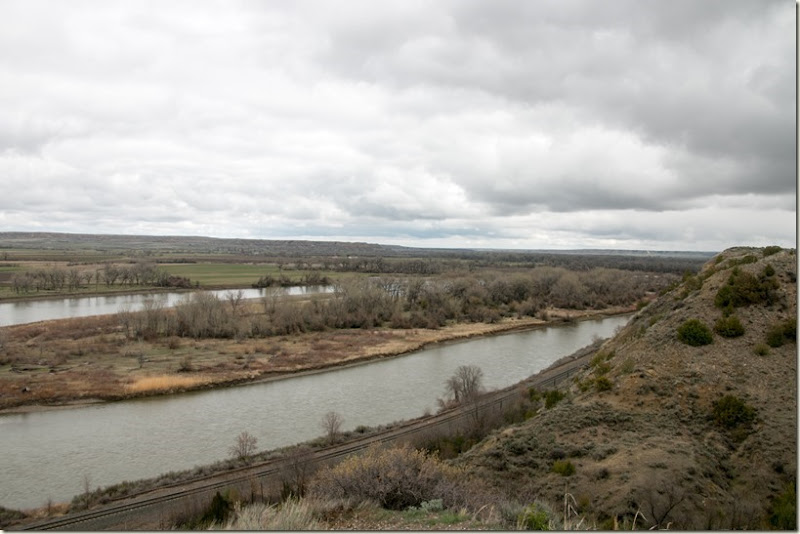 The Walmart at Billings seems to be a popular stop for RVer’s. 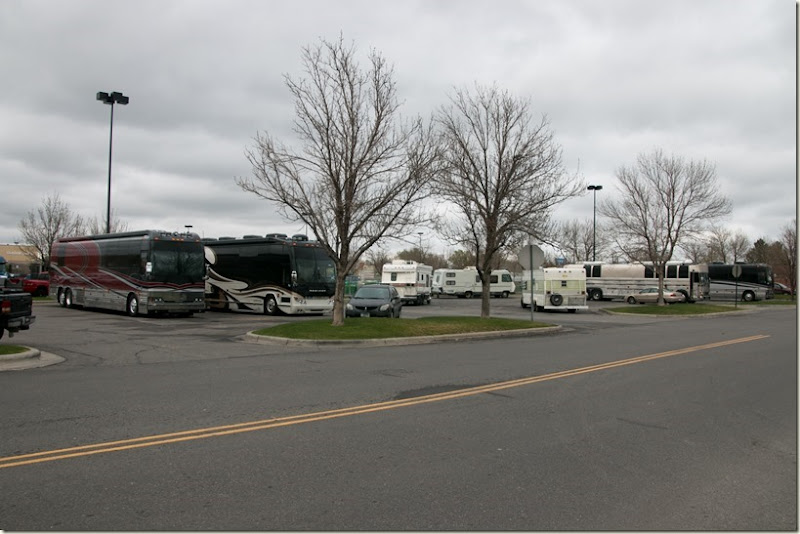 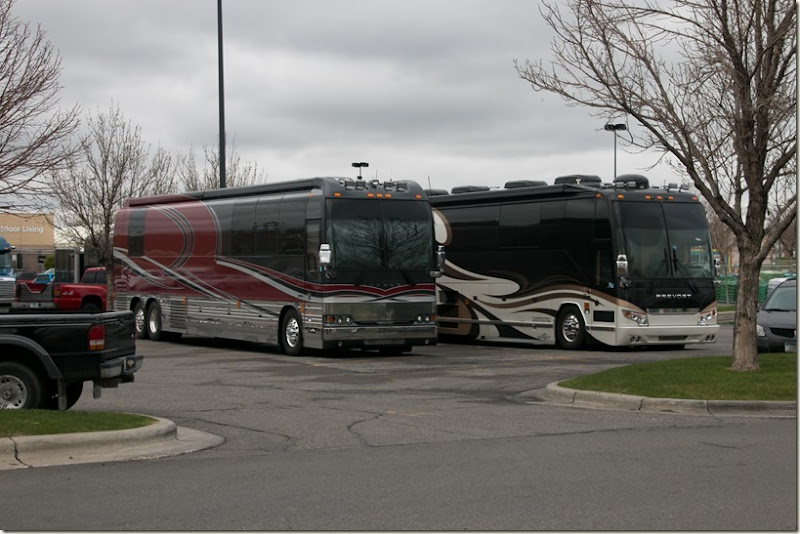 I have never seen RV’s of this quality stopped at a Walmart before. Each of them is worth in the $500,000 to million range.

There was a pizza place along the edge of the parking lot that had an all you can eat buffet. As usual we ate too much but there was a guy going around making balloon shapes for the kids. He saw Jennie watching him intently so she got one as well. 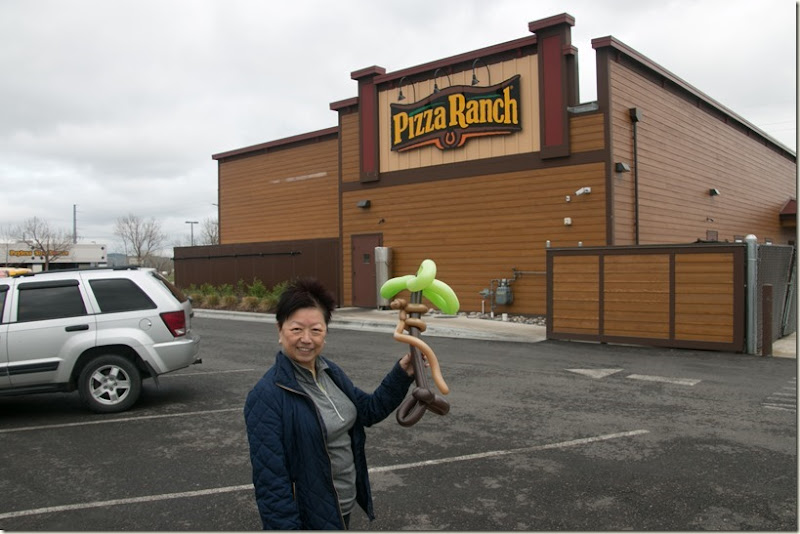 It is a little hard to tell but it is a monkey in a palm tree.