Today we drove to Picton to catch the ferry to the north island. I forget the cost of the ride but I seem to remember it was at least several hundred dollars.

After we parked the RV in the line at the ferry dock we wandered around downtown Picton. During his bike trip through New Zealand my brother had stayed at a hostel here. He had asked us to stop in and say hi to the owners, who had been very nice to him. We did stop in but they were not home at the time so we just left a message.

The ferry, called the Lynx, was quite new and fast. It was almost a hydrofoil, in that is rode on two outrigger pontoons. 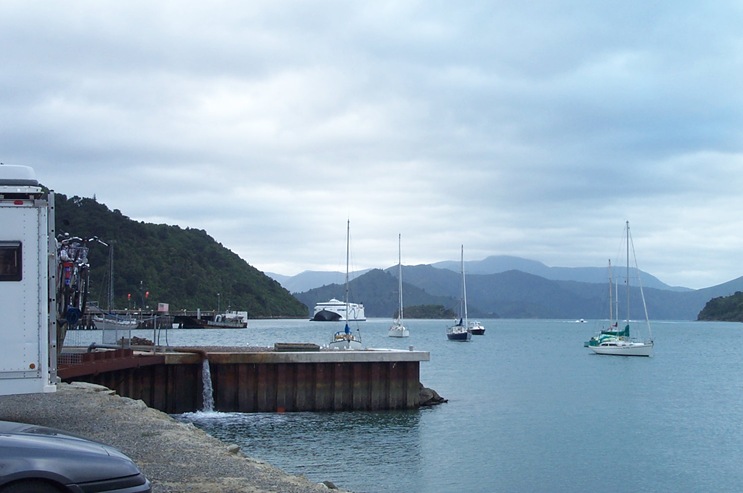 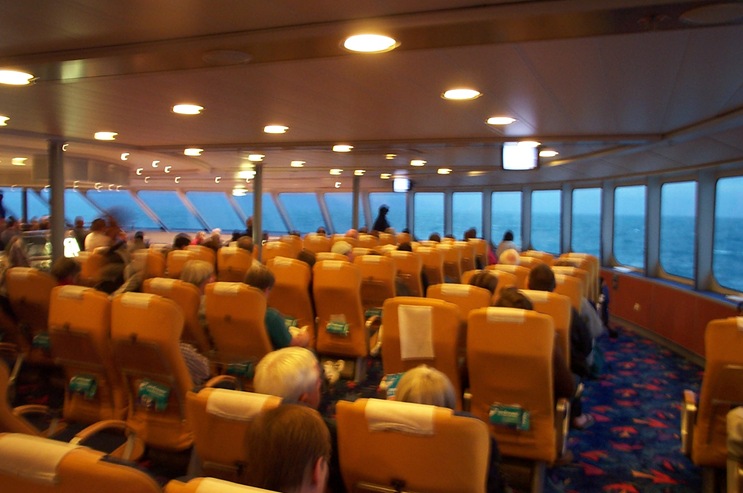 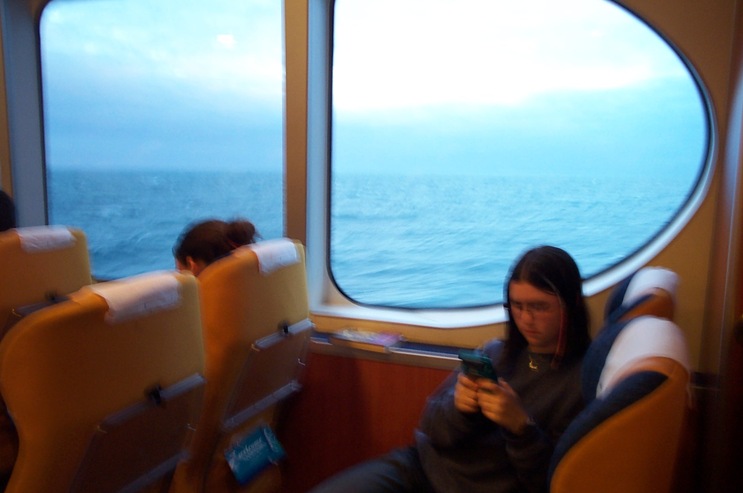 The ride across was not too rough but there was enough motion that I seem to remember that Jennie got a bit seasick.

It was quite late when we arrived in Wellington. We drove up the coast to the campground I had planned to stay in. It was so late there was no one in the office, just a sign saying to pick a site and pay in the morning.

In the morning we left so early (but not really early) that there was still no one there. With no place to leave money and no idea what the charge was, we just left.