Our faithful commenter has had a sense of deja vu. It is true that we are duplicating our route and stops that we used when we went to Vancouver Island two years ago. Basically it comes down to “When you find something that works, why change it?”. This part of the trip is just to get from point A to point B. This is the fastest way and stopping at familiar places is much more relaxing when trying to maneuver the beast into a parking spot.

We could not have asked for a better driving day today. Bright sunshine all day, very little traffic, smooth roads and especially no wind. It is just that the scenery is kind of repetitive with the huge flat vistas off to the horizon. 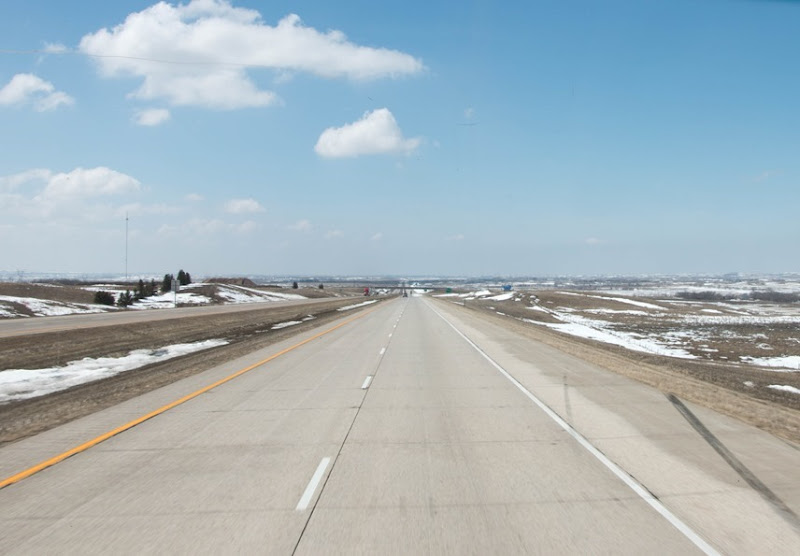 The straight stretches off to infinity also tested my attention span but even driving the beast in a straight line requires constant tweaks of the steering wheel.

In the morning the driving was a bit more hilly and there was no snow on the ground. 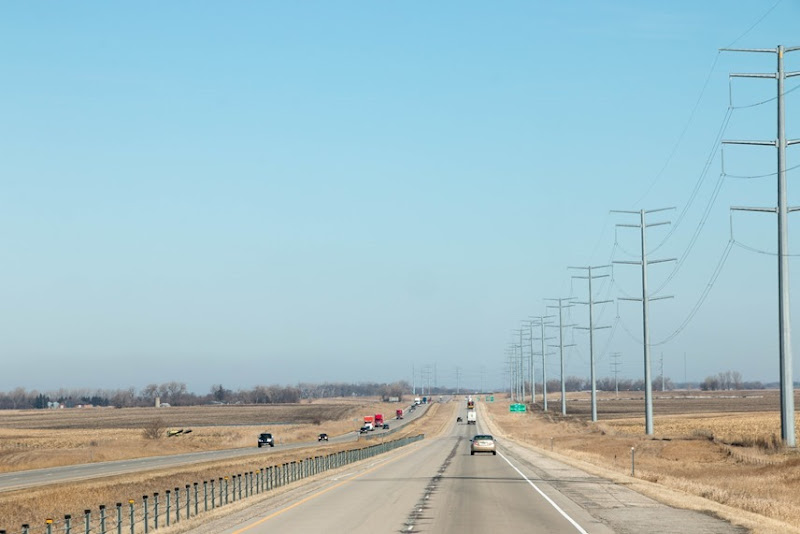 One thing we did notice was that all the lakes and ponds are still frozen. We have seen lots of V’s in the sky of geese returning from the south. I felt bad seeing them walking around on the frozen ponds wondering what the hell is going on. I tried to get a picture but they all ended up out of focus.

I also missed pictures of the world’s largest bison, a huge crane (bird) sculpture and, in the middle of nowhere, an old car standing on its nose with a ramp a short distance away, as though it had missed its jump. They need to put up warning signs!

Later we climbed about 1000 feet in elevation and the snow was back. 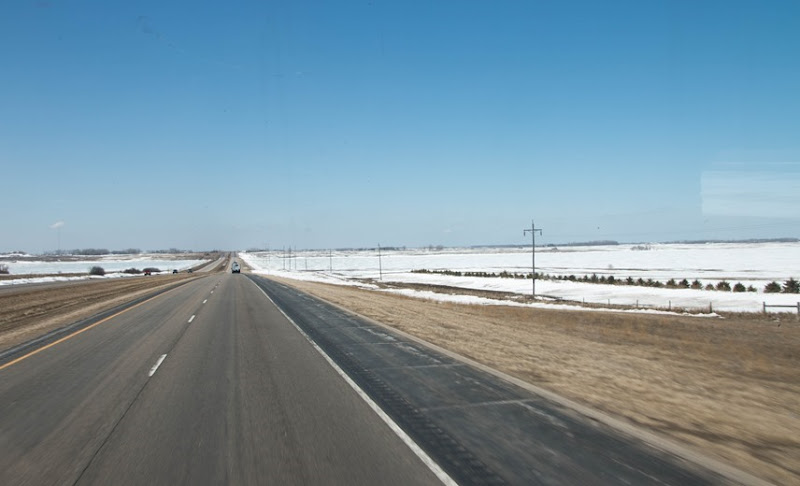 For the record we stopped at a nice rest area in the middle of nowhere for lunch. 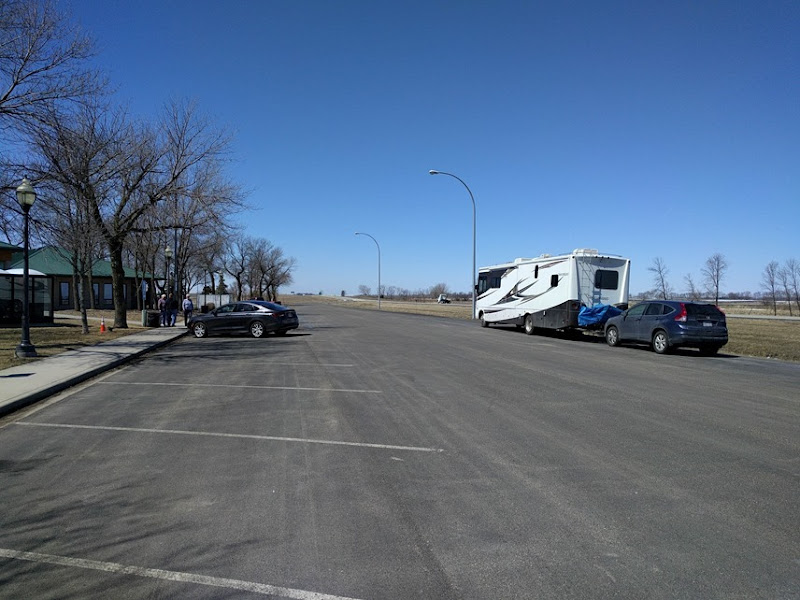 This truck full of hay passed us just as it went through an overpass. We both swore that it seemed like some of the hay sticking out of the top brushed against the bridge. 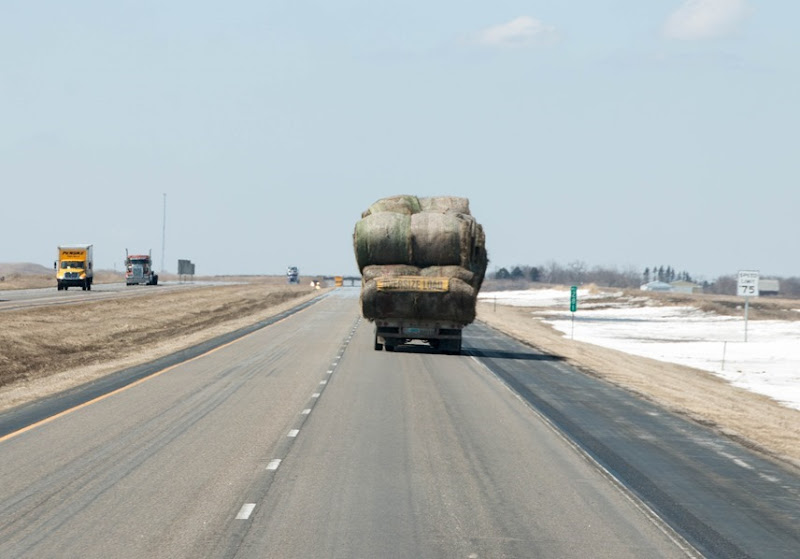 I remember thinking to myself, “Are we about to get a hay explosion?”.

After about 6 hours we arrived at the Walmart in Bismarck, North Dakota. The Google maps says that it should take 4 1/2 hours but that is using the 75 mph speed limit which is just not happening with us.

Tucked off in the far, not busy corner.

It is actually quite nice here. The current temp is around 18C, although the forecast low tonight is still –1C