The only interesting part of the trip was the first 20 miles after we left Estes Park. We drove up a very twisty road through the Big Thompson River Canyon. 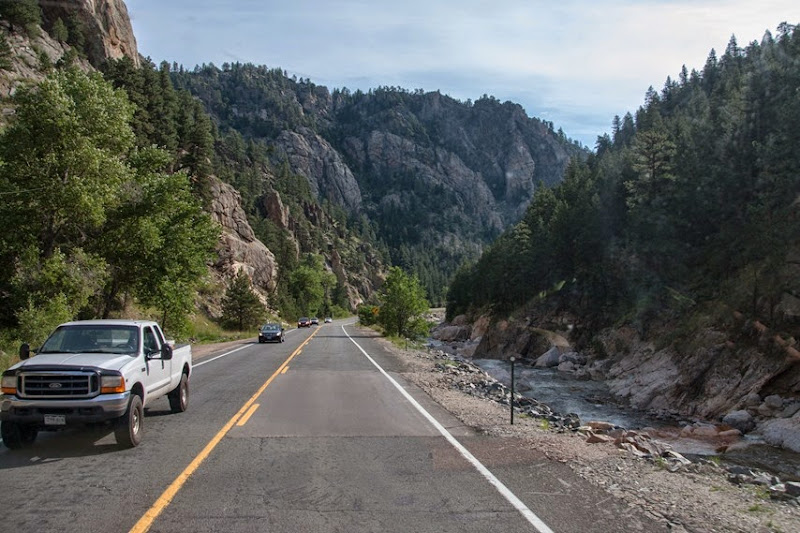 It looked like this road had been recently washed out as well. 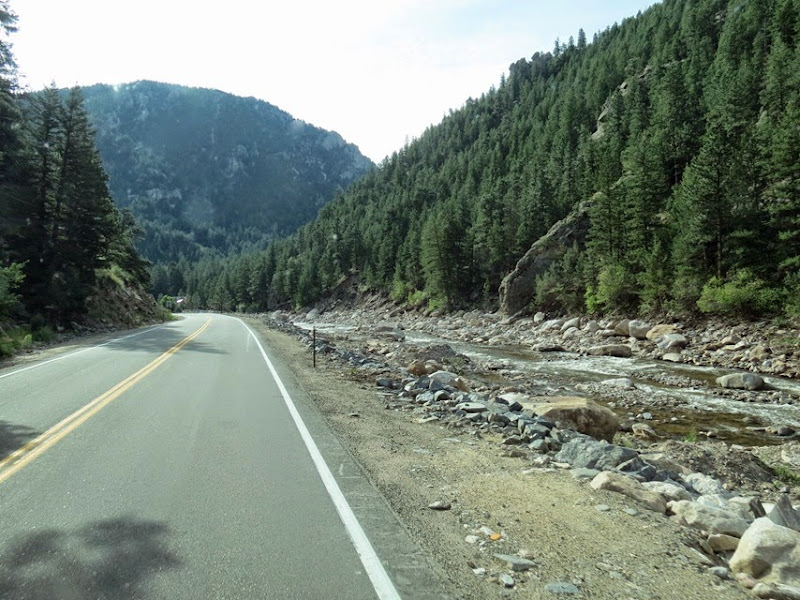 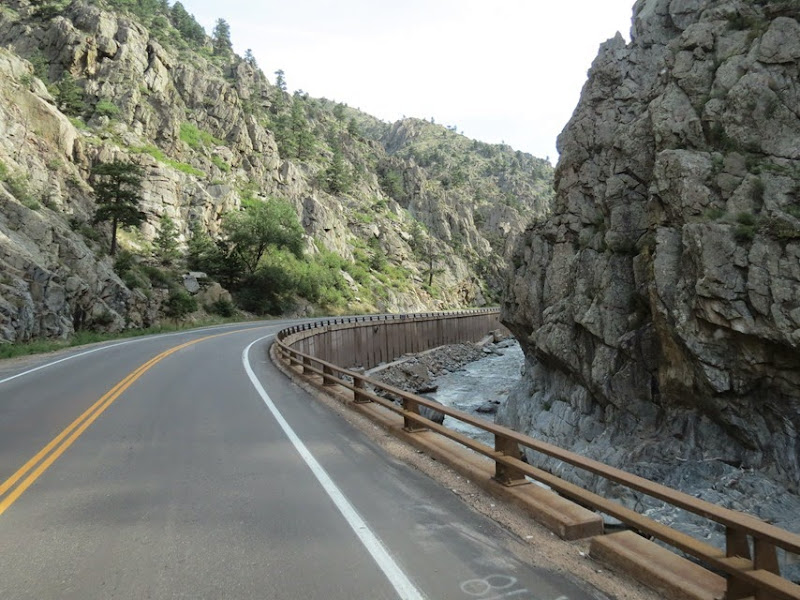 Then the scenery opened up. 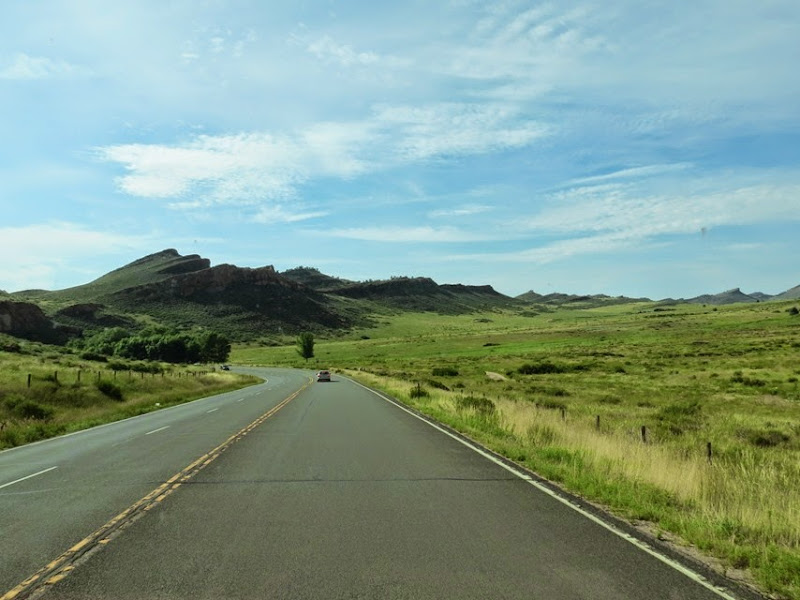 Once we were on Interstate 76 and then 80 the interesting sights were over. Endless miles of cattle range or corn. So much corn.

The night we stayed at the noisiest Walmart yet. It was right next to the highway and a very busy interchange. There was also something about the pavement that made each car's and truck's tires whine as they went by.

We had lots of company though. 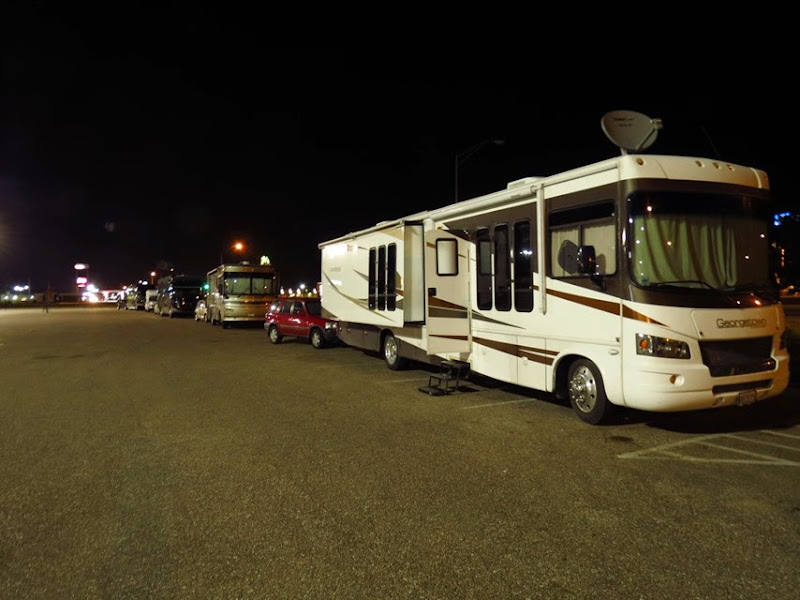 The next day there was really nothing to take a picture of except the Great Platte River Road Archway in Kearney, Nebraska. 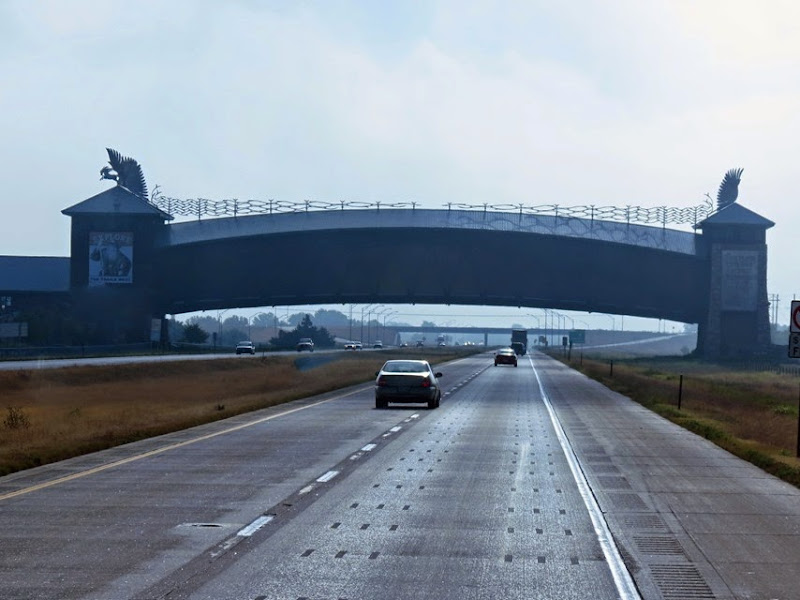 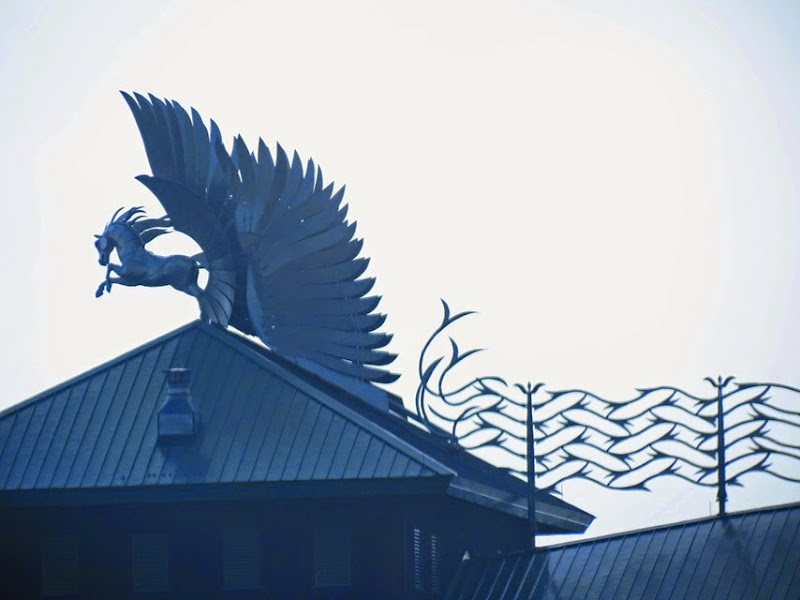 I guess it is an attempt to get people to stop in town. From its website, It just has a bunch of historical dioramas inside the arch.

The only time we saw any kind of traffic was going through Omaha and Des Moines. The rest of the time it was a boring but easy drive.

Our next night was at a Walmart near Grinnell Iowa. It was about a mile from the highway and much quieter. We were parked right next to a corn field. I forgot to get a picture.

Unfortunately for Jennie sometime during the night it started to rain. The noise on the fibreglass roof  keeps her awake but it doesn't bother me that much. The rain didn't let up until about noon the next day. 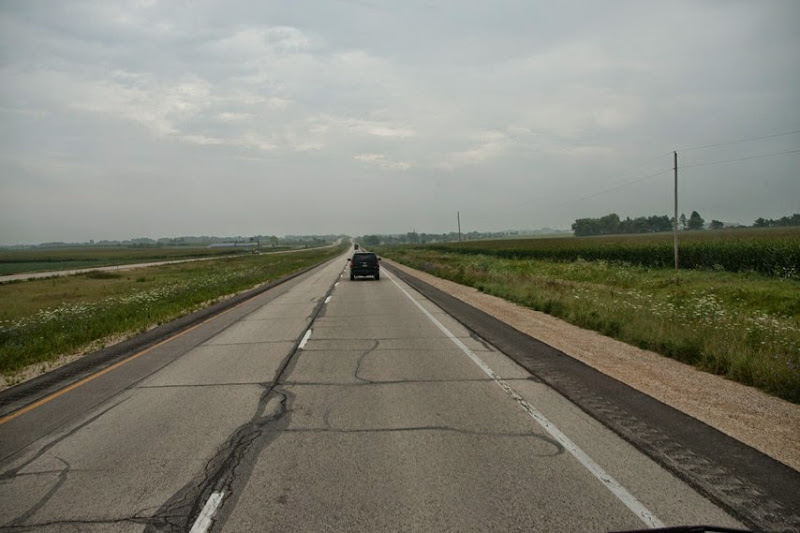 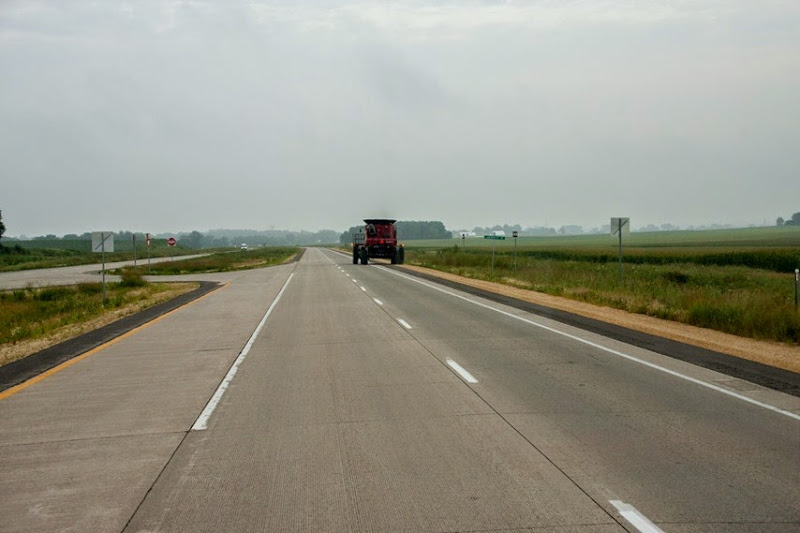 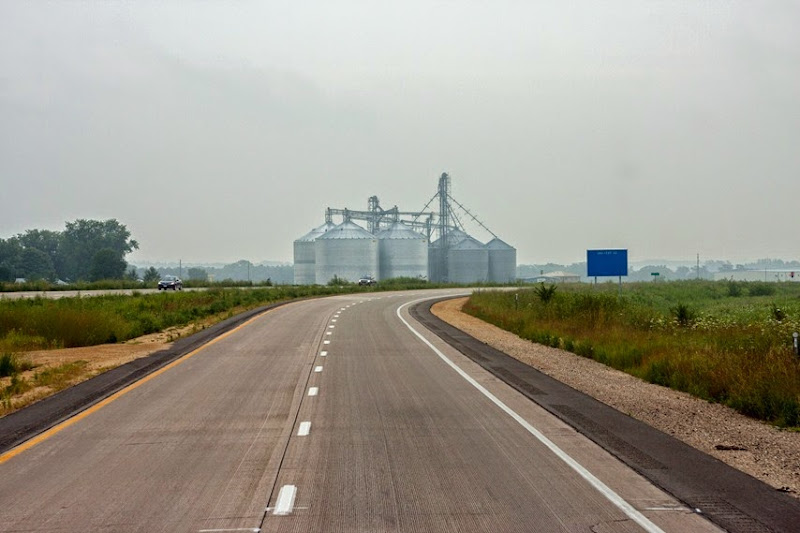 Someone had had a bad day. 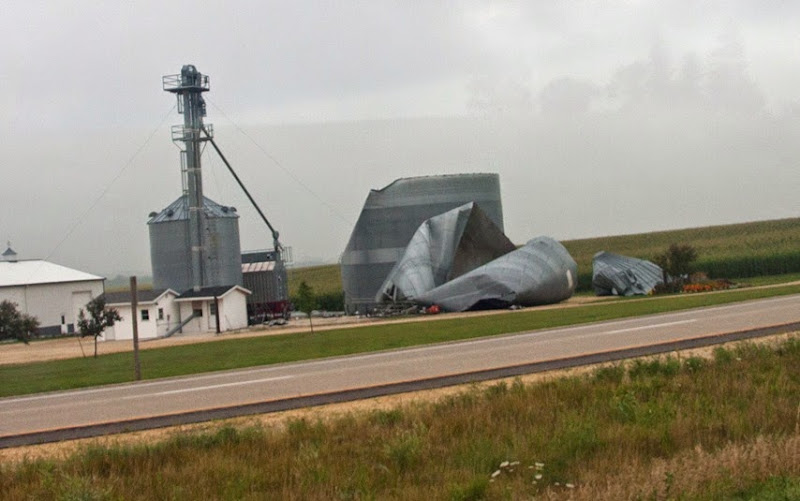 Crossing the Mississippi River at Dubuque into Wisconsin. 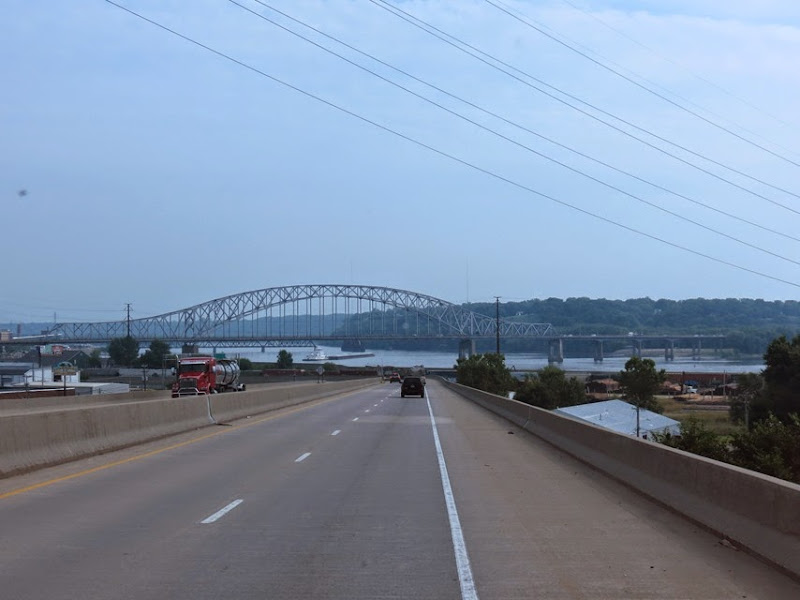 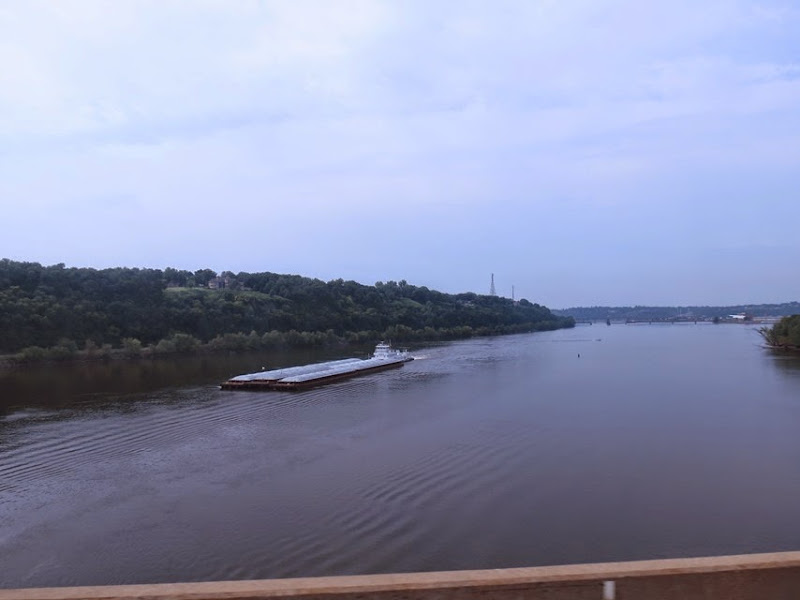 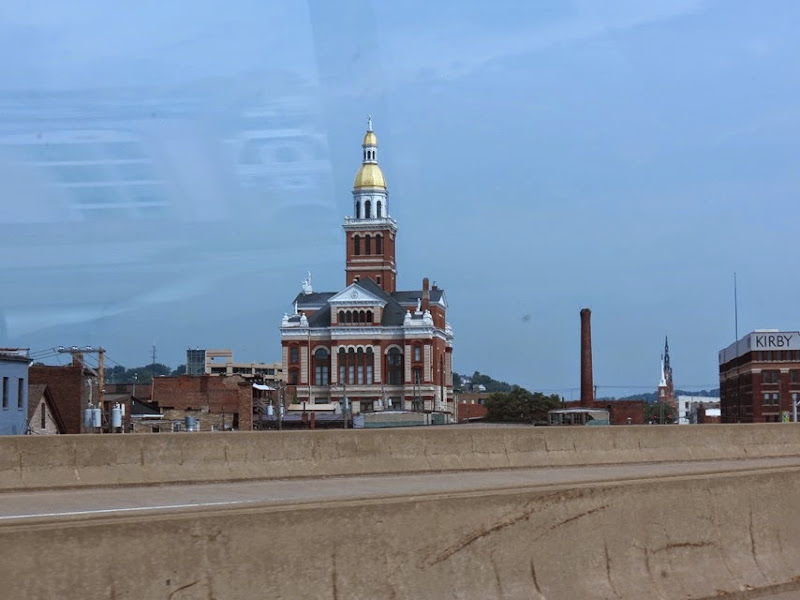 More sun in the afternoon. 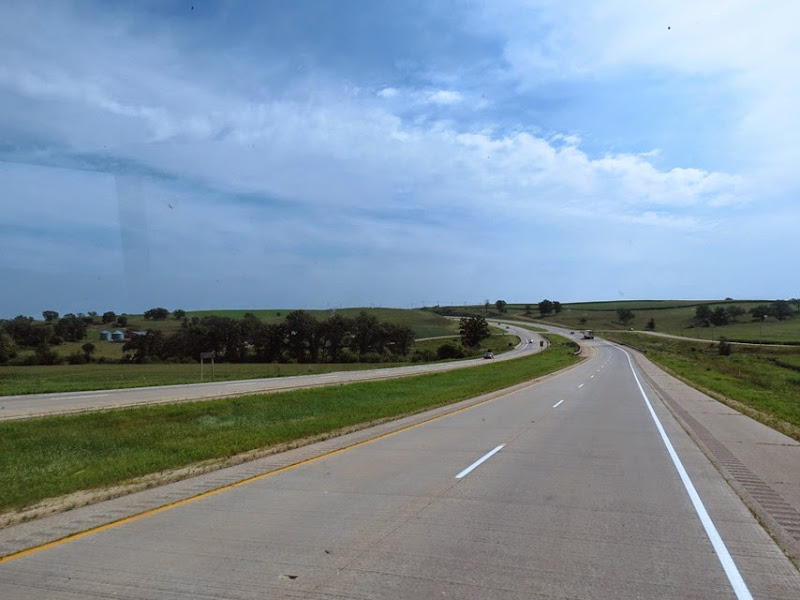 We actually stopped at a Walmart just south of Green Bay. We had dinner and then decided to move on a bit farther, first to not have to drive through Green Bay in morning traffic and second to find a quieter location.

The lot in Marinette Wisconsin fit the bill. No other RVs and there was not sound all night. 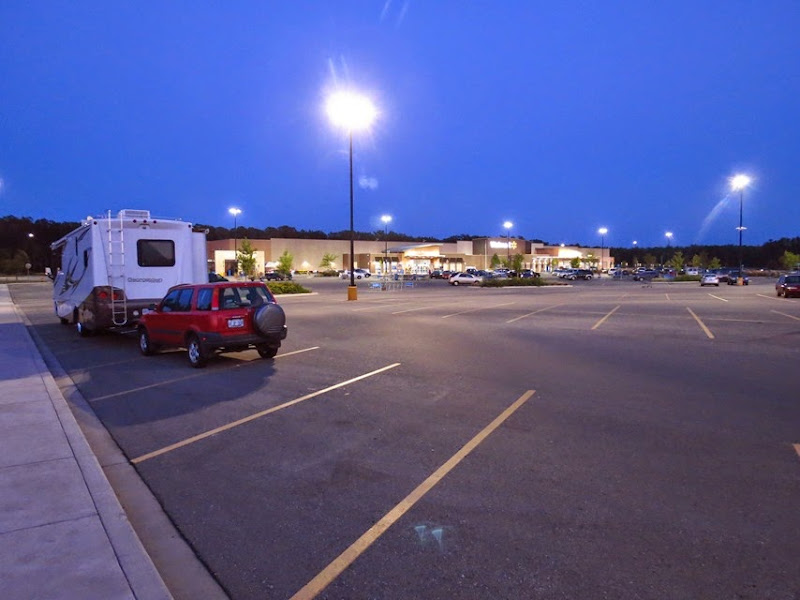 From the map it looked like the road in the morning went right along the edge of Lake Michigan however we only got to see it a few times. 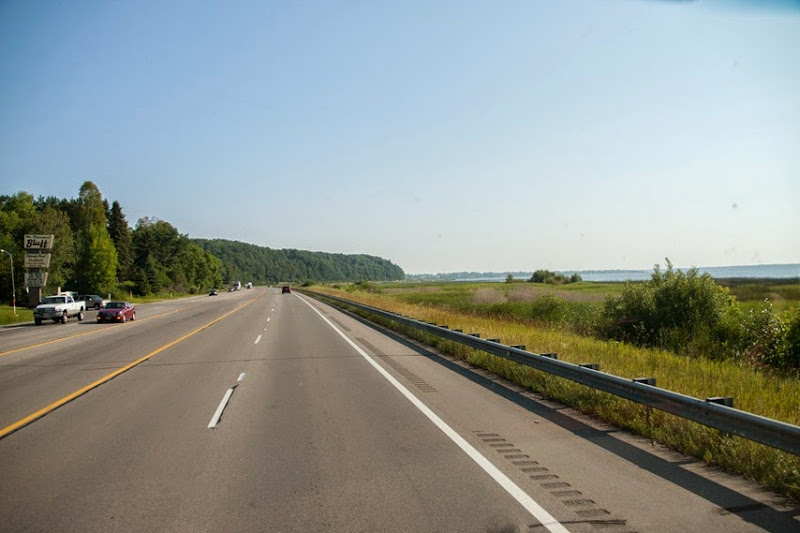 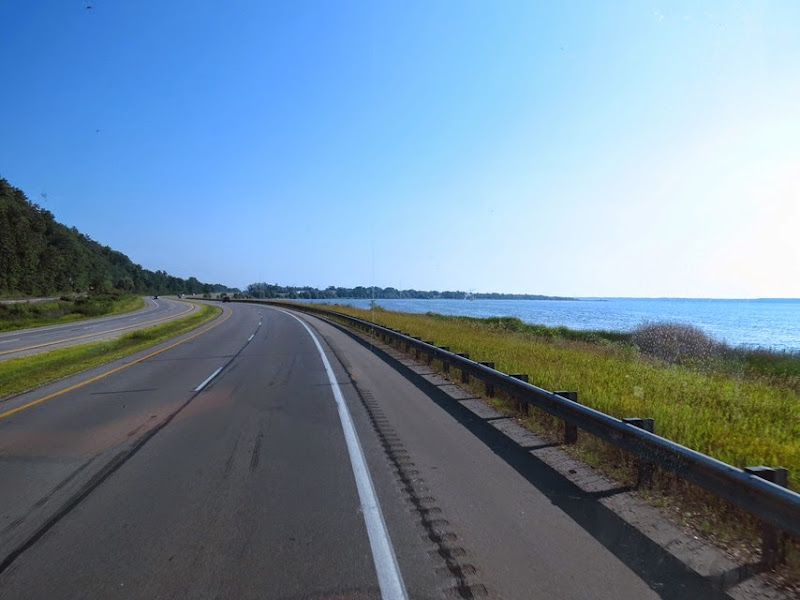 Most of the time we were separated from the lake by rows of homes and cottages on heavily treed lots. 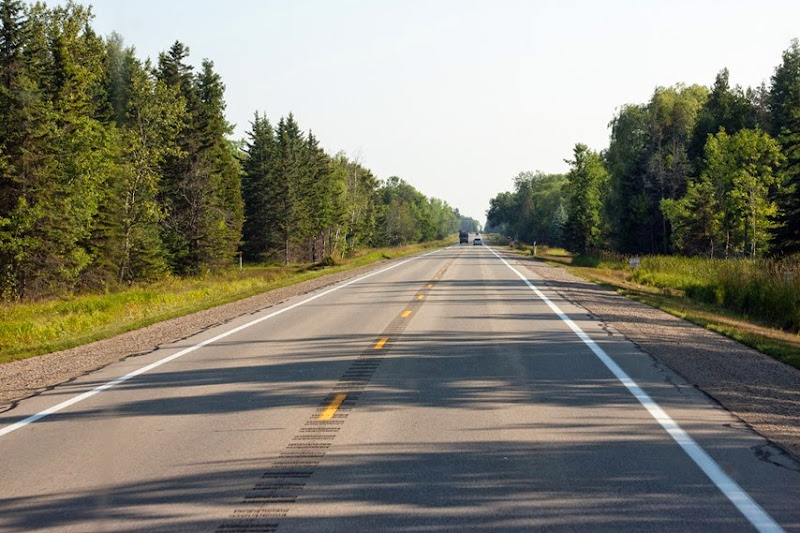 We stopped in Sault Ste Marie Michigan for our last fill up of cheaper than Canadian gas.

We had another very easy border crossing.

Where are you from? Toronto

Did you buy or receive anything? We spent about 1800 dollars, mostly on repairs.

Have a nice day. Thank you.

After another 2 hours we were at the cottage ready to relax.

We did this long drive much faster time wise than we normally would have and drove between 300 and 450 miles each day. We figured that rather than having shorter driving days and sitting in a parking lot we would rather spend the extra time at the cottage.

And we are done!