After our detour to the west coast of the island, we have returned to our slow crawl up the east coast. Comox is only about 50 km north of Parksville but it is a 3 hour drive from Tofino. 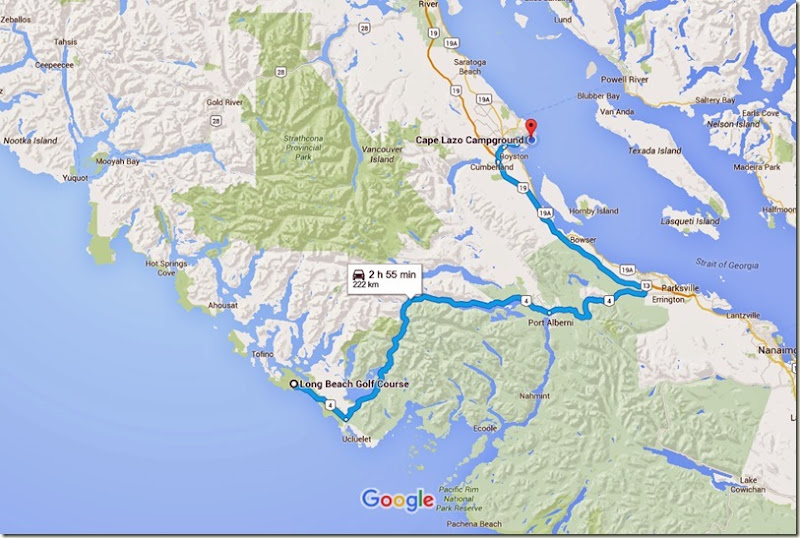 It is a tiring drive across the island with all the low speed twists and turns. We battened down the hatches a bit better this time but still had things spray out of the cupboards on some of the more bouncy turns.

The Cape Lazo Campgound is a huge step up from the last place. We are not right on the ocean but we can see it from our window. 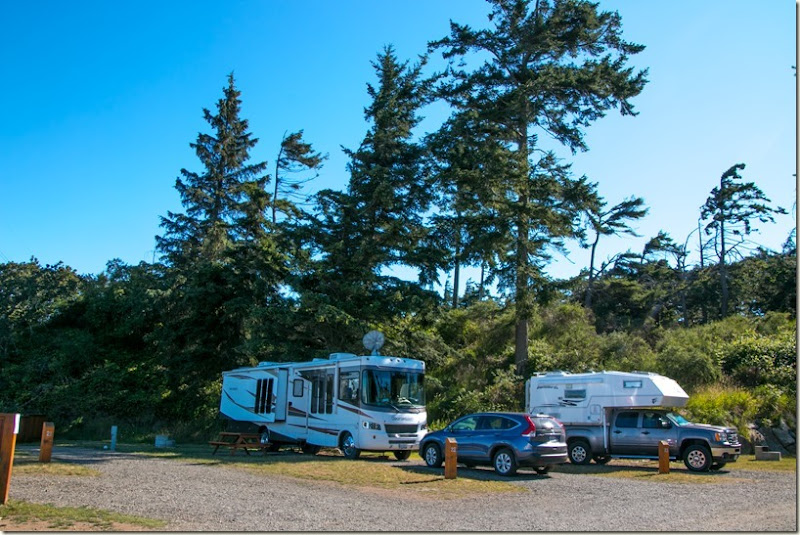 There is public access to the beach between the two houses, below. 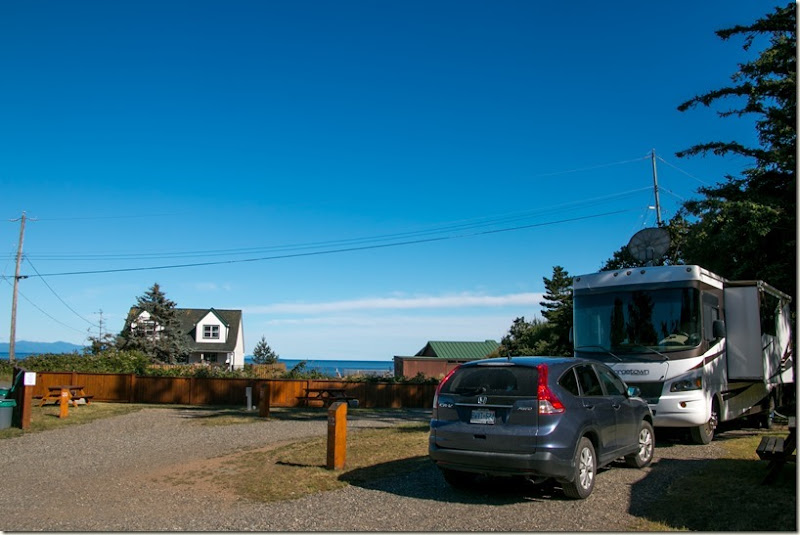 After dinner we did a quick walk about the campground. They have quite an impressive fireplace in the pavilion. 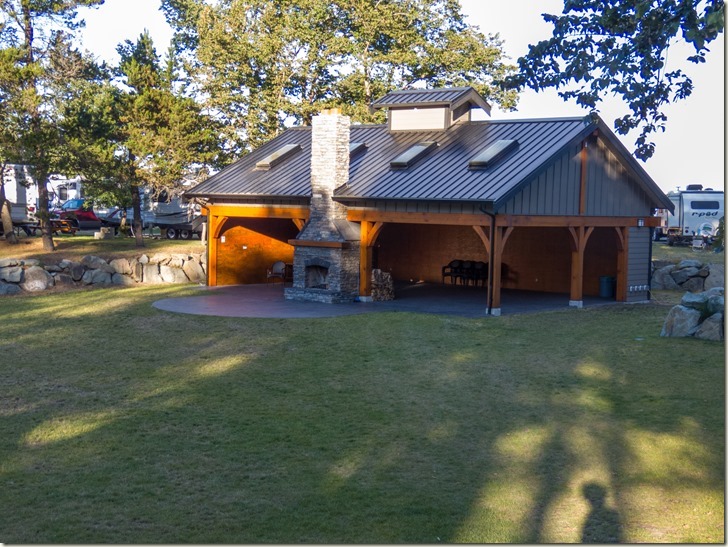 One site had a cute little greenhouse but from what we could see, it would not get a lot of sun. 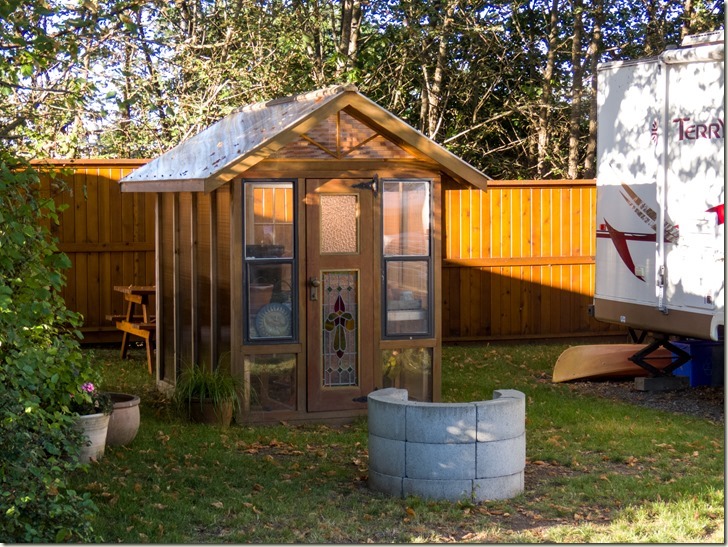 Off to check out the beach. The sign says “Hearts Rock beach” 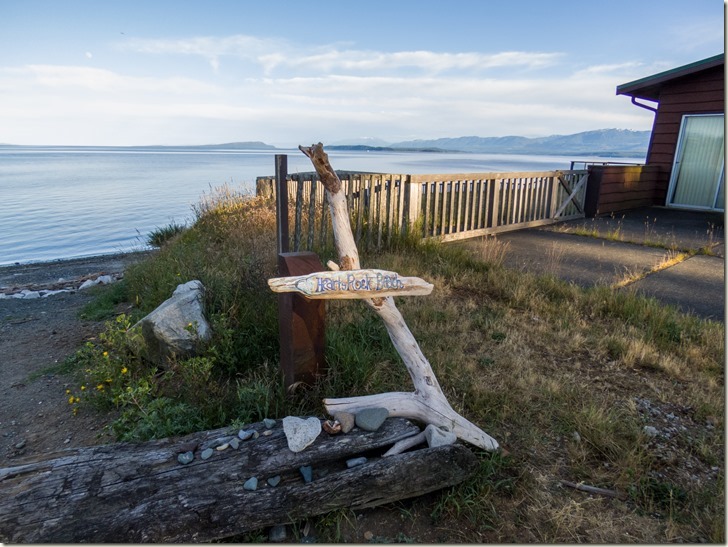 The beach is very rocky and there is not much of it because it is a “high” high tide right now. Looking north. 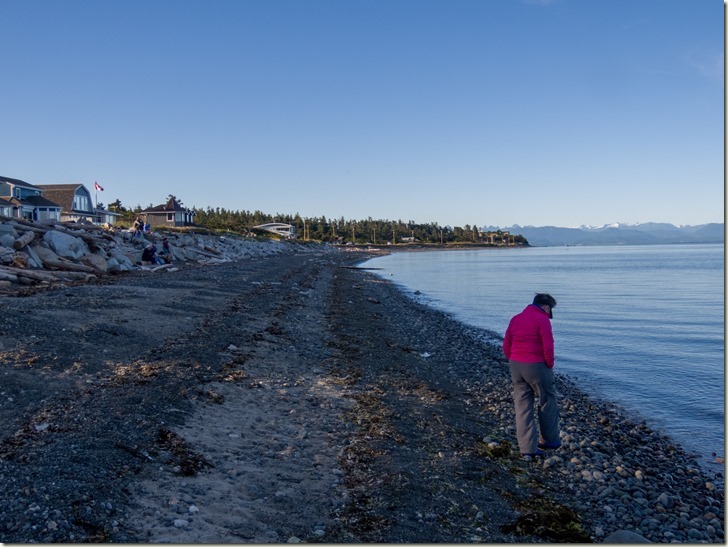 There were some paddle boarders off the point, over Jennie’s head above. The mainland mountains are in the background. 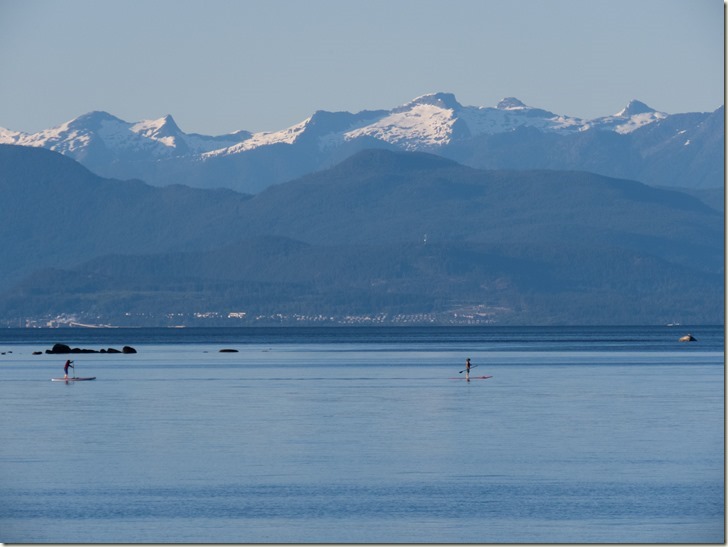 Looking south with some island mountains in the background. 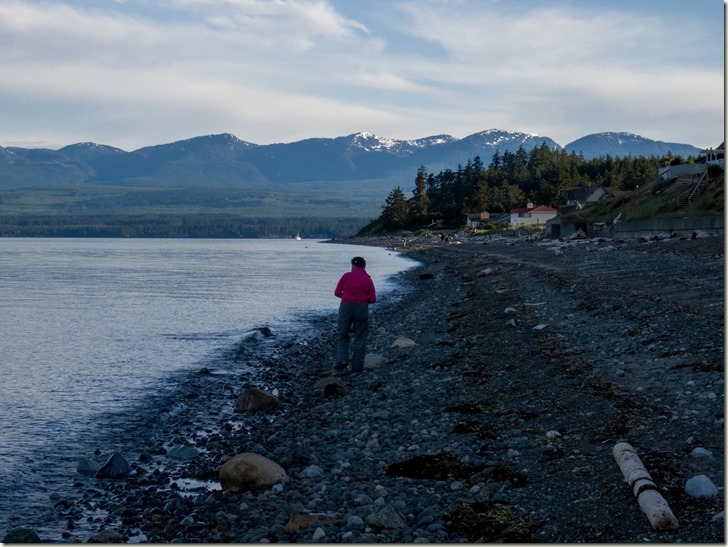 Standing in the last bit of sunlight shining down the path to the beach, with an almost full moon in the sky. 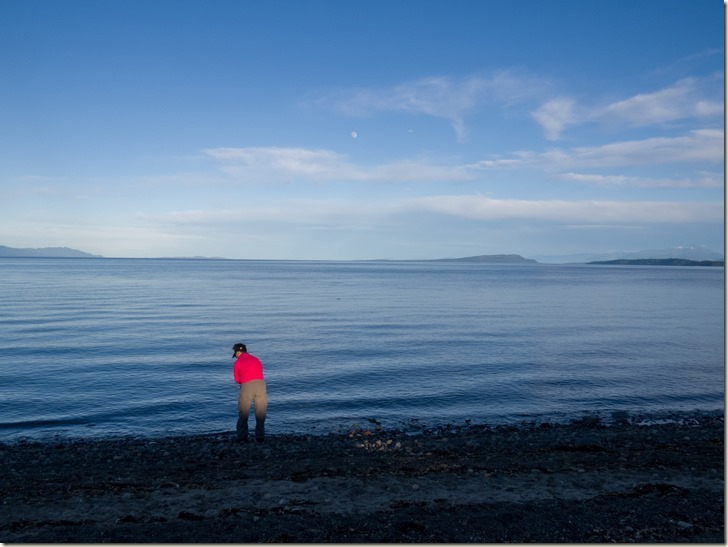 I found a website that if you zoom in to an area on a google map, it displays all the ships that are on the move.  Displaying our area showed that the Radiance of the Seas cruise ship was going to pass by on its way from Vancouver to Ketchican, Alaska. Once the display showed that I should be able to see it I popped out to the beach for a shot. 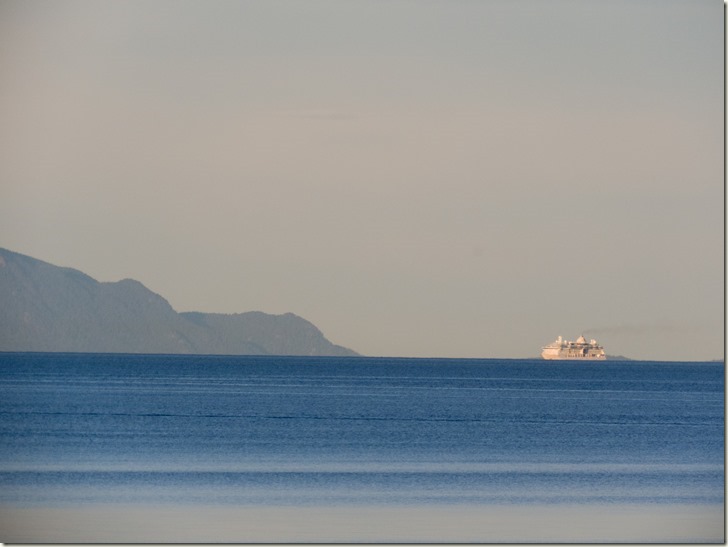 Later, as it got closer, I took these shots from the front seat of the RV. 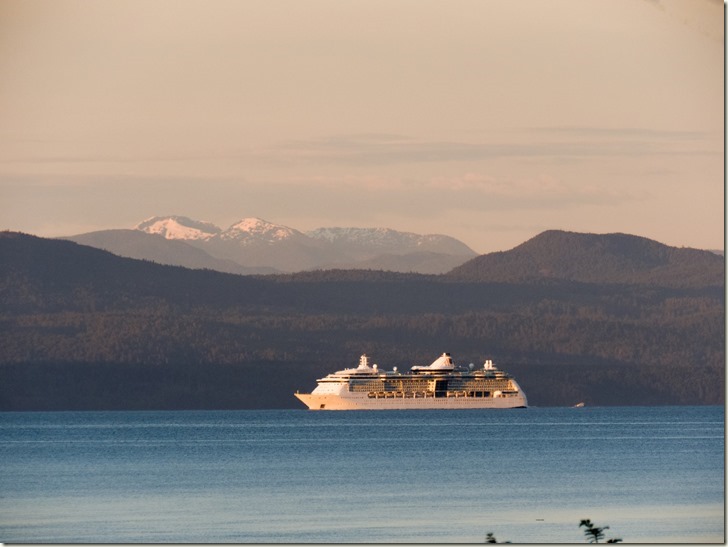 I remember seeing this same ship pass us when we were parked on the shore in Haines, Alaska. I even found the blog post with a picture on August 12, 2012. 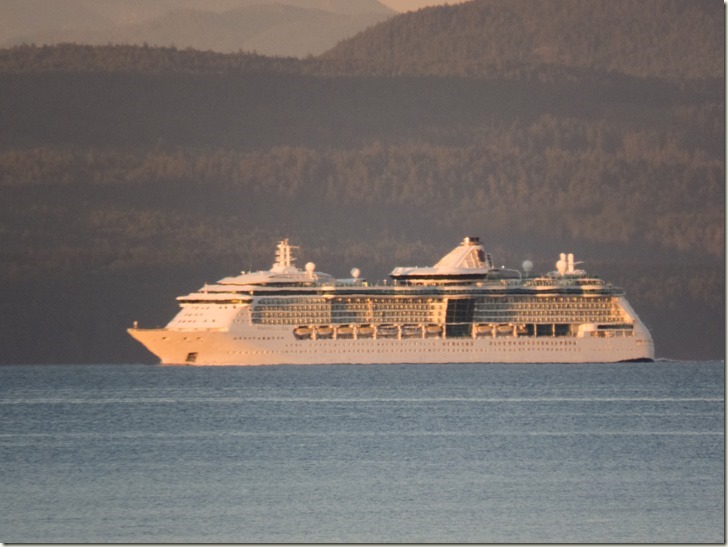 This is how it looked without the camera zoom. 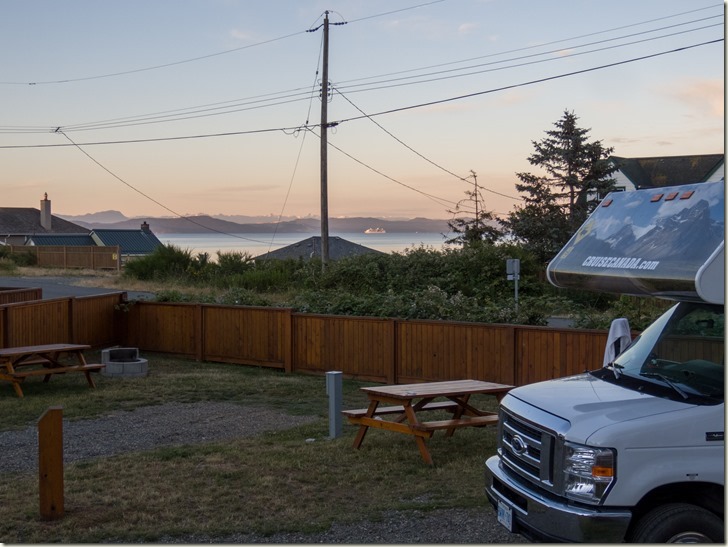 We are here for a week. The weather tomorrow is forecast to be very rainy so we may just take a day off.