Just a short one today. How many unique pictures of a beach can you take?

After a bit of shopping, we headed to the main part of the beach right in Myrtle Beach called The Grand Strand.

When we first left the RV it wasn’t that warm but by the time we were out on the beach we were dressed very inappropriately, with jeans and wind breakers, The wind helped keep us somewhat cool but we will learn to keep more clothing choices in the car.

At the point that we started walking, it wasn’t too busy. 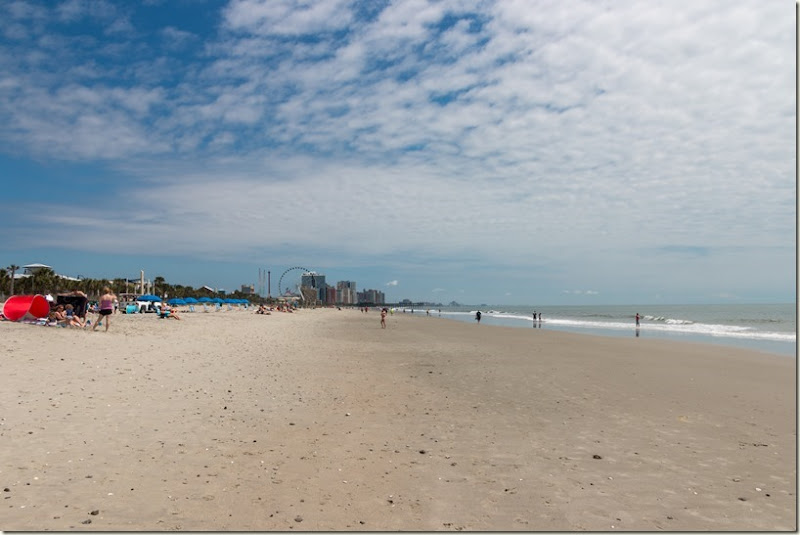 I guess we are still early because at the amusement park section only the Skywheel was running and I couldn’t see any one one it. 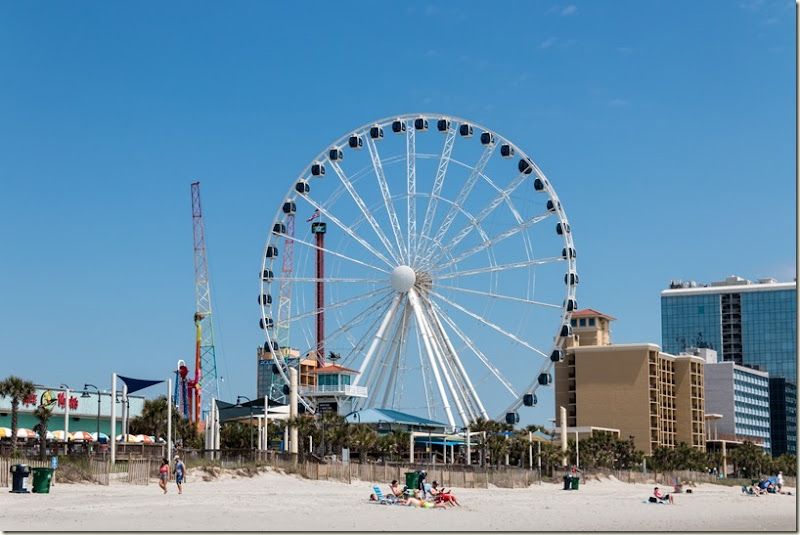 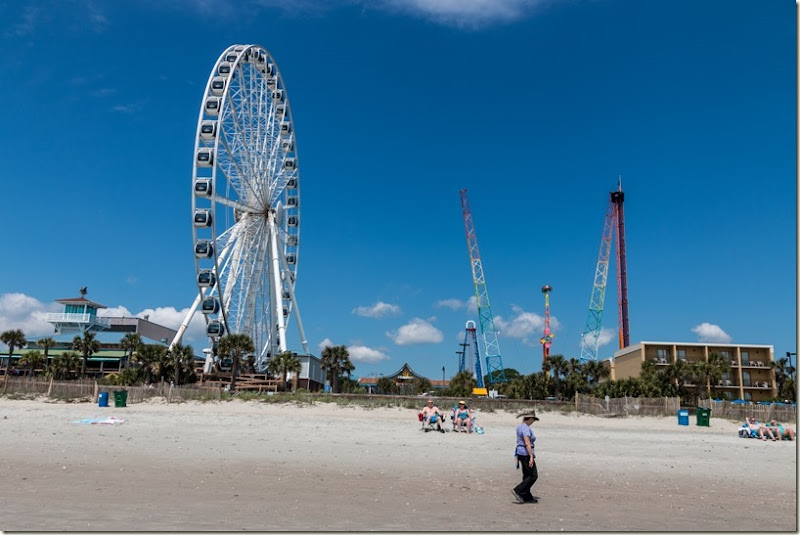 The shells on the beach are pretty picked over, due to the number of people, so Jennie didn’t find much today.

There were some real diehards, though. As we went up the beach, one guy was sitting down going through everything within reach. When we came back, at least 3/4 of an hour later, he was still searching the same spot. We saw another couple digging down into the sand, far enough that they were sitting in a pool of water. They created a fairly large pit.

It started to get busier when the hotels set out cabanas on the beach.

Since they weren’t many shells, it was mostly a people watching day. Let me put it this way. The ratio of people that should have been wearing bikinis and speedos, to those that should not, was leaning way too far the wrong way. I suddenly felt like a very fit person.

We did our 5000 steps up the beach and then turned around.

At the turnaround point we could still see the beach, people and hotels continuing off to infinity.

Back to the RV for lighter clothes and a nap.