We didn’t do anything noteworthy Monday and Tuesday. The weather was kind of cool and it rained on and off.

Yesterday was still a bit cool but it was mostly sunny. I wandered around with the macro lens on my camera for a while.

A tiny mushroom, about 1/2 inch across. 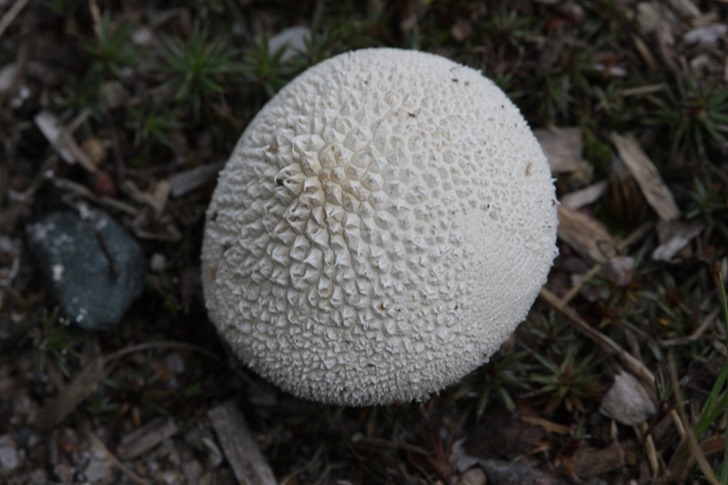 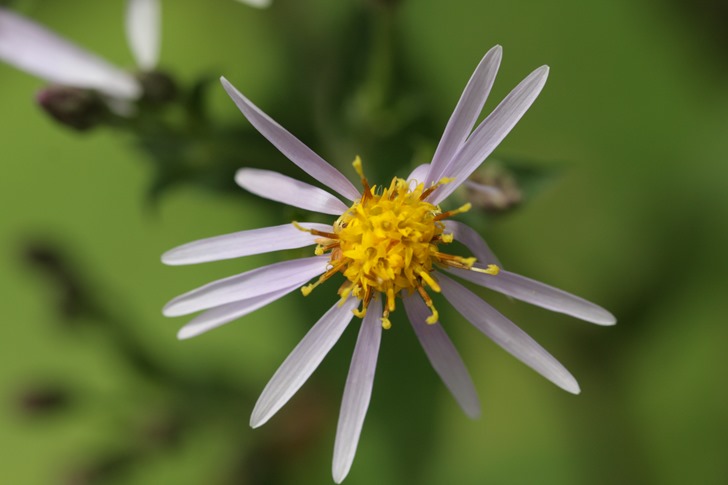 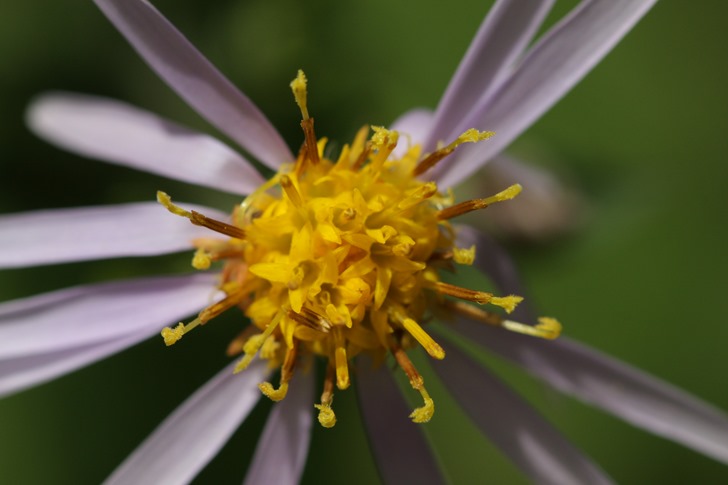 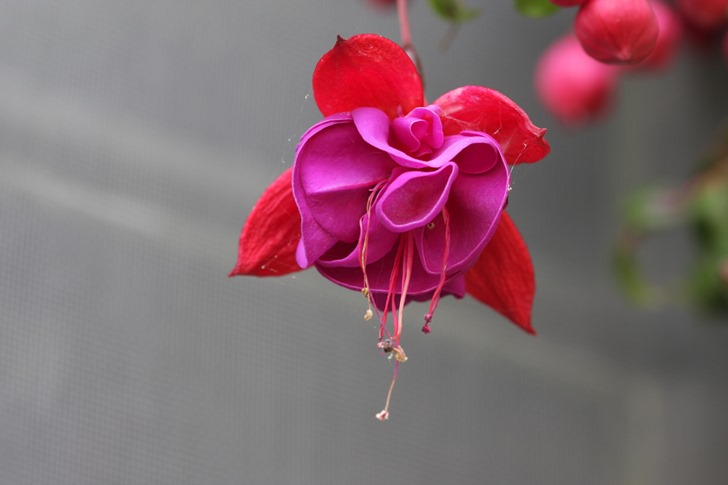 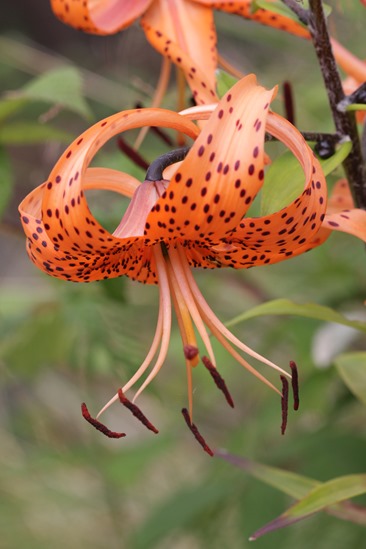 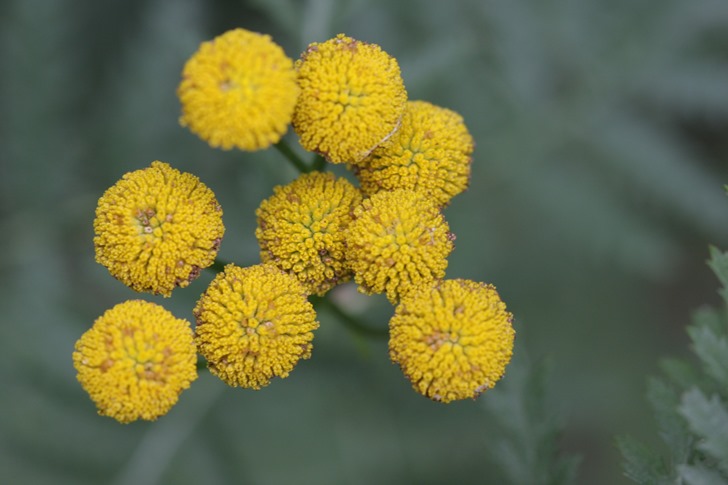 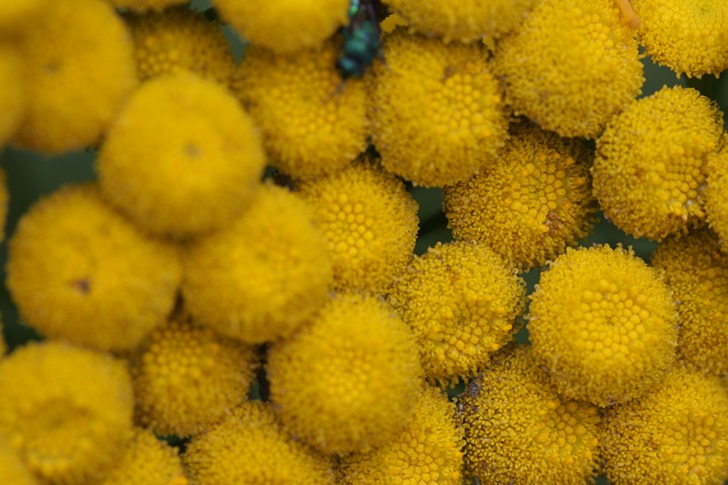 In the afternoon it  was time for another boat ride to get some more blueberries. We tried a different island this time. The ride out was somewhat bouncy but we were going with the wind so we could just sort of surf over the waves without a lot of pounding.

We park the boat in a cove that is protected from the prevailing winds. We still had to tie up the boat very securely. 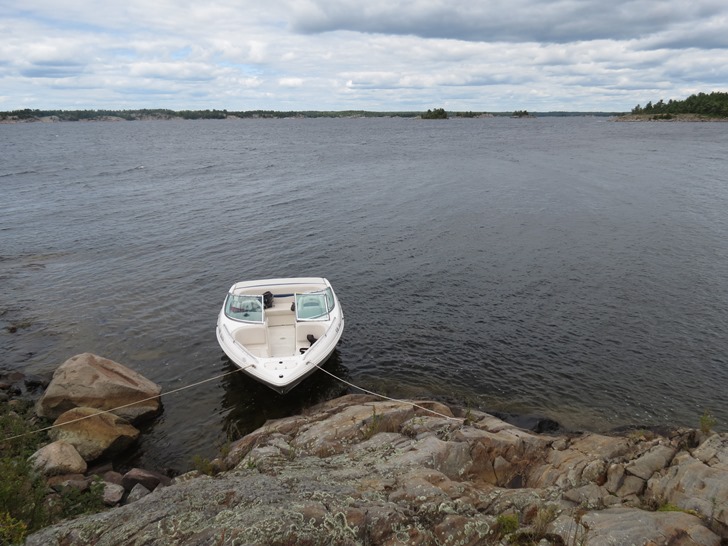 Below you can see the difference in the surface of the lake where you enter the calmer water of the cove. 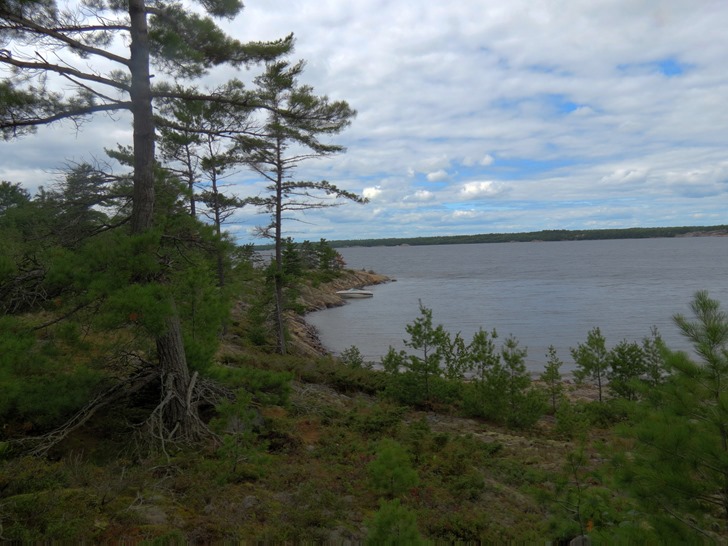 Off into the bushes. 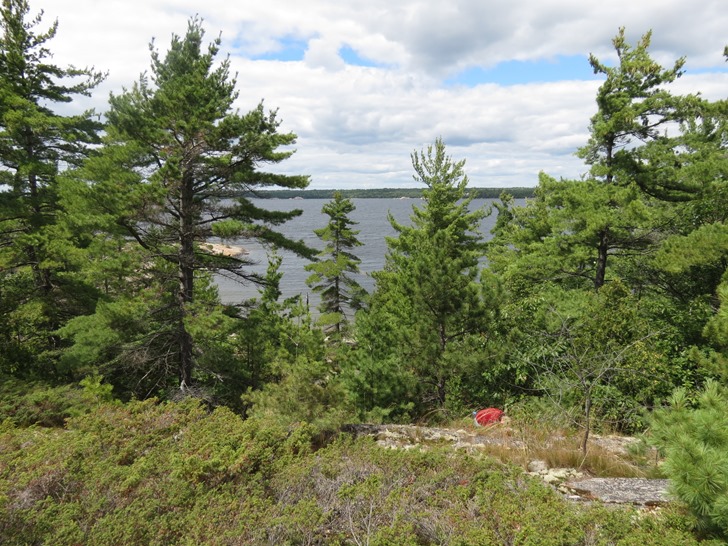 The berries were a bit sparse here. We would walk around and see nothing but dried up bushes and then we would come across a small patch where it was worth sitting down to pick. 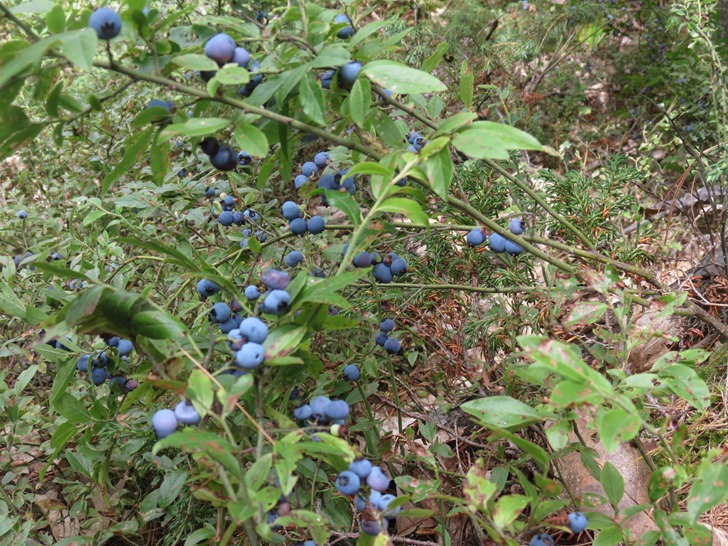 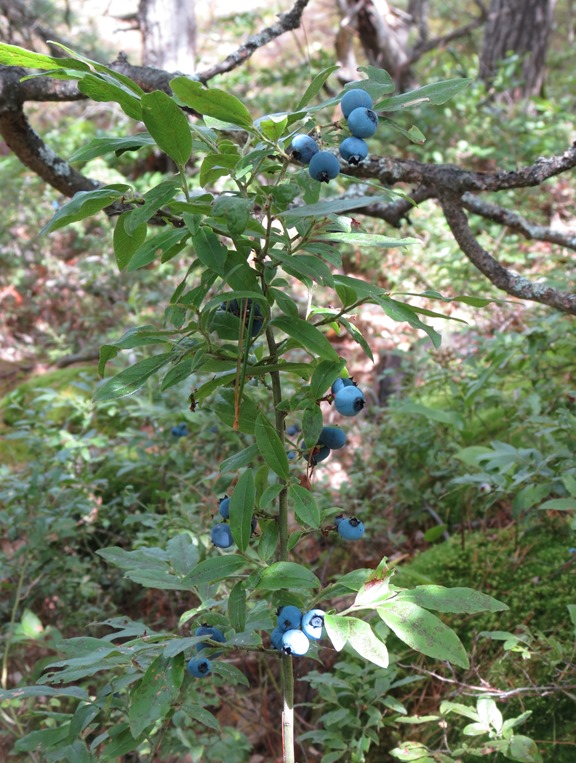 After moving around a lot I got about 3 cups and my cousin and her husband (who are better pickers) got more.

Time to head back. 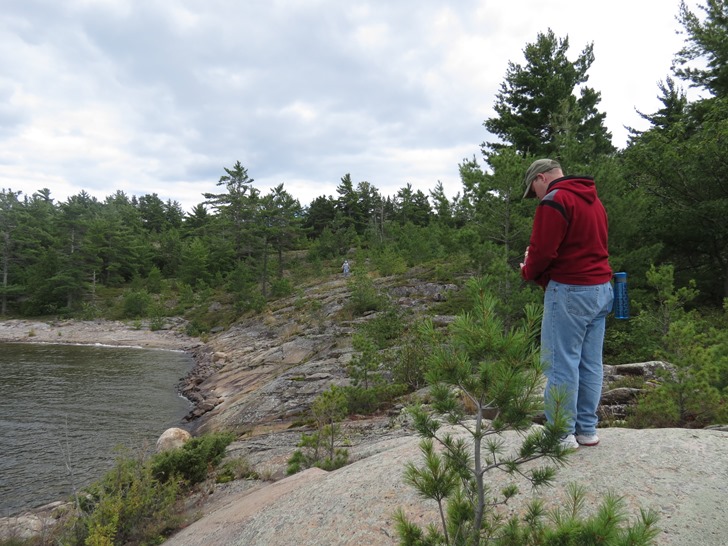 The ride back was very slow. We were going directly into the waves, which I guess were sometime about 4 feet high. I just love this boat. As long as you go slow enough and keep the bow up it can handle anything that this section of the lake can throw at us. It was just a long trip back.

My aunt and uncle invited everyone over to their place for snacks and cocktails at 4pm. We were a bit late due to the rough water but we had fun watching a video made from 8mm film of the old days at camp. I forgot to take my camera.

Last night was another clear one so out I went with the scope again. It was not great since there was a bright quarter moon, which sort of washes out the pictures but it was still good practice. It was also just windy and cool enough that there were no bugs.

First a shot of the offending moon. 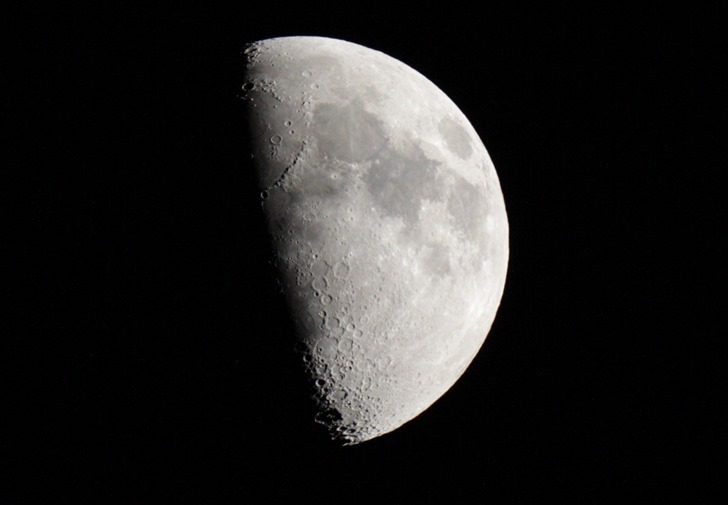 Next was the Swan Nebula, located in the same section of the sky as the ones I did the other day. 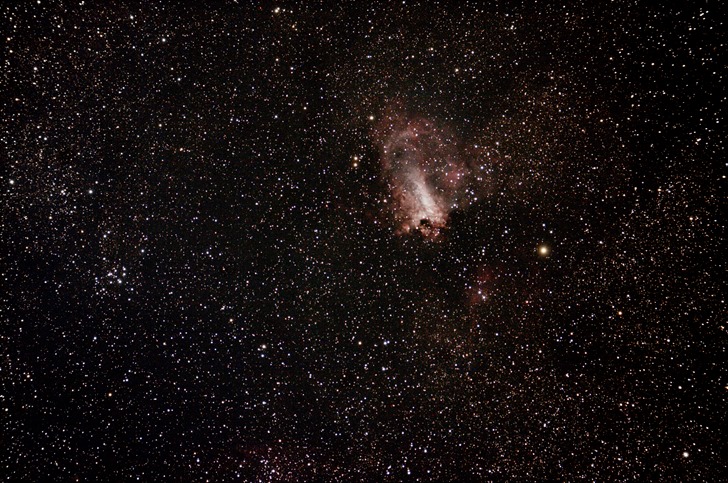 This was made by taking 30 1 minute exposures and then using a program to add them together. 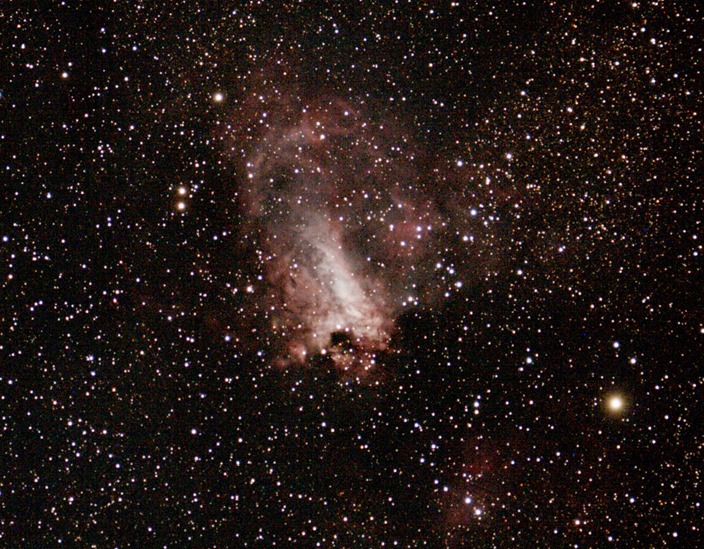 Next was our closest large neighbour, the Andromeda Galaxy. This picture is made up of 24 80 second exposures. 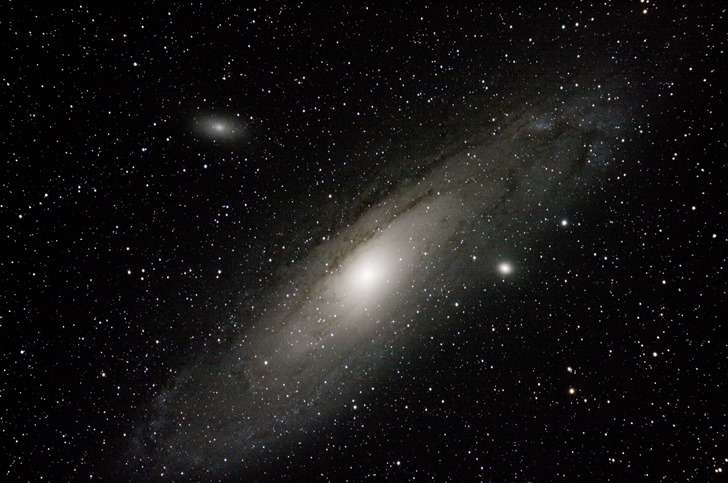 It is a spiral galaxy, like ours, but it is larger. You can see some of the dark lanes between the arms. Eventually our two galaxies are going to collide.

The two other bright clouds in the picture are smaller dwarf galaxies that are orbiting Andromeda.

Andromeda is also the most distant thing you can see with the naked eye. On a good dark night even I, with my old eyes, can see it as a faint smudge. It takes light about 2 million years to get to us so we are really seeing it as it was 2 million years in the past.