This is where we are staying. 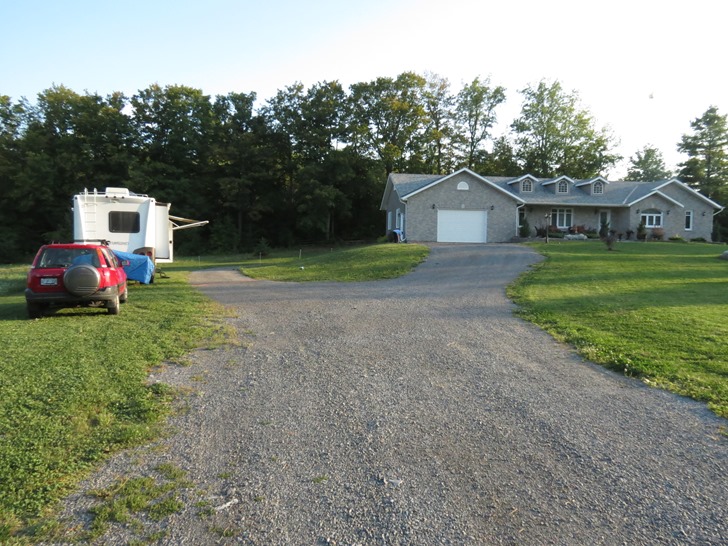 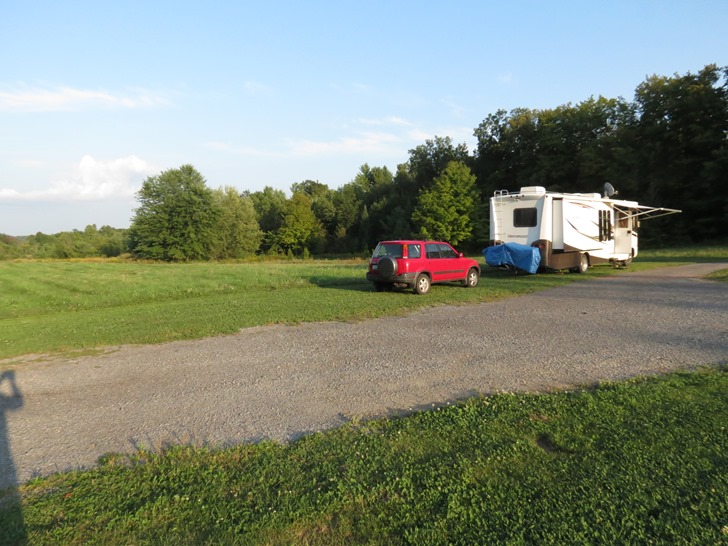 Today was another very hot and humid one. The temperature was in the mid 30’s but worst of all there was absolutely no wind to cool us down even a little.

I thought that if we went down for a walk along the Kingston waterfront that it might be a bit cooler. It was not.

This was our first view of the lake. Even though they looked hot I wished I was out there. It had to be better than where we were. 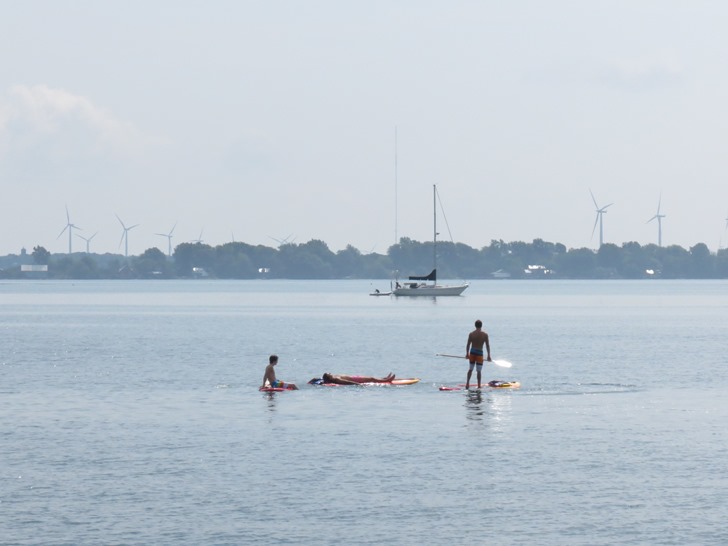 There is 8 km pathway along the waterfront. We parked about 2/3 of the way along, on the edge of downtown. 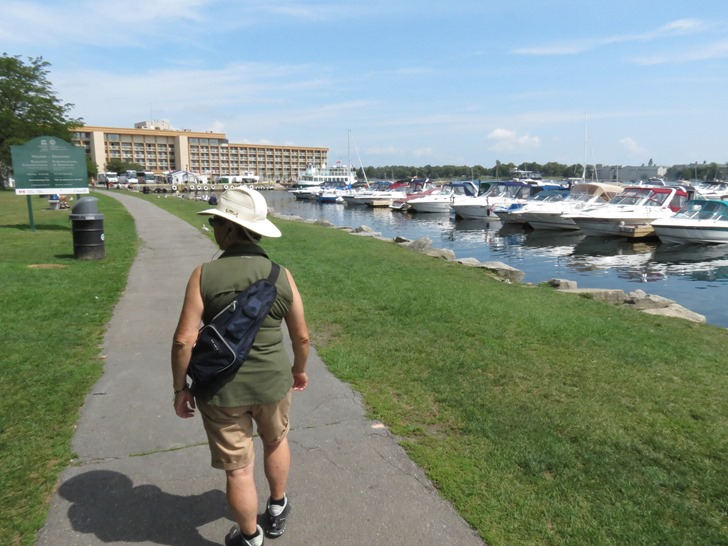 I thought that there would be more interesting things to see if we walked towards downtown. It turned out to be mostly condos and hotels packed right up against the water. 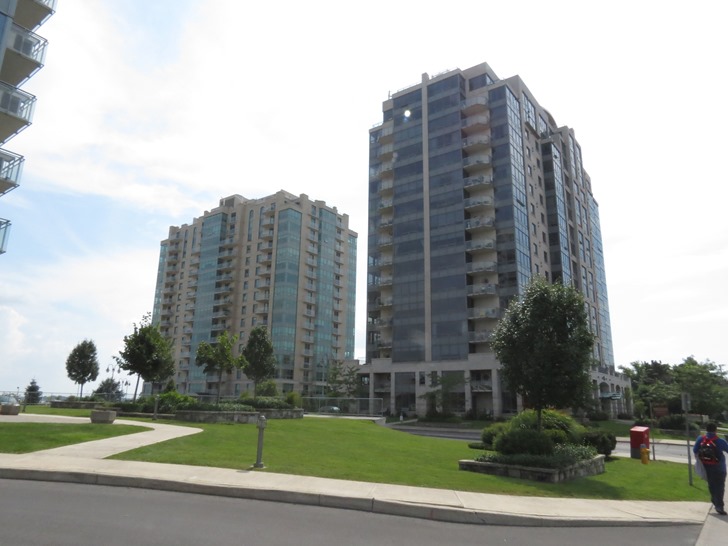 We passed by a few museums, one of which had this old coast guard ship that you could walk through. I was a little annoyed at this place as it is a National Historic Site but the entrance fee was not covered by our Parks Canada Annual Pass. All the parks are covered but only some of the historic sites. I think it depends on who actually runs the site. 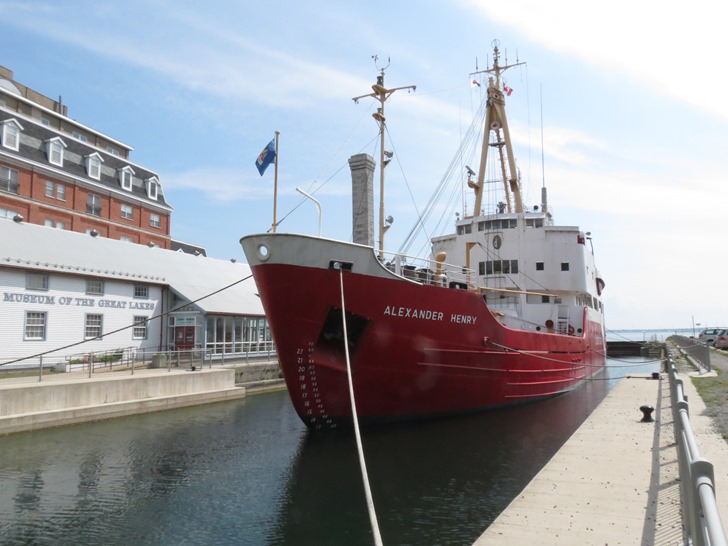 Even thought we don’t much like museums we were tempted to go in just to find some air conditioning.

We did stop for lunch at a small park in front of City Hall. 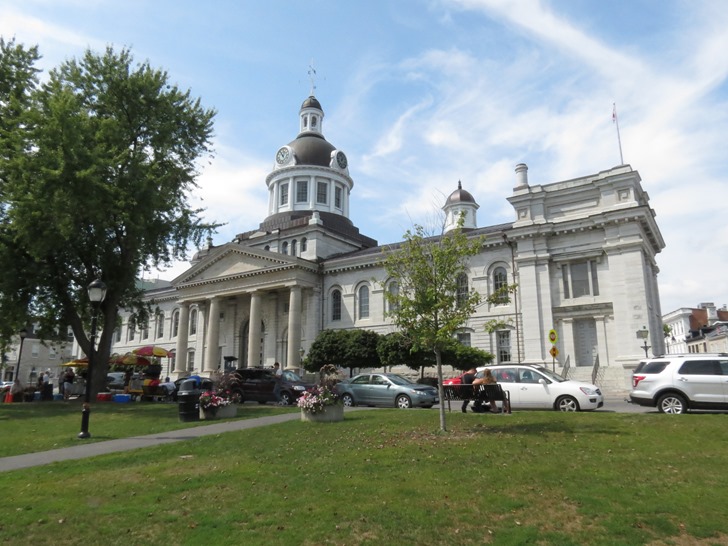 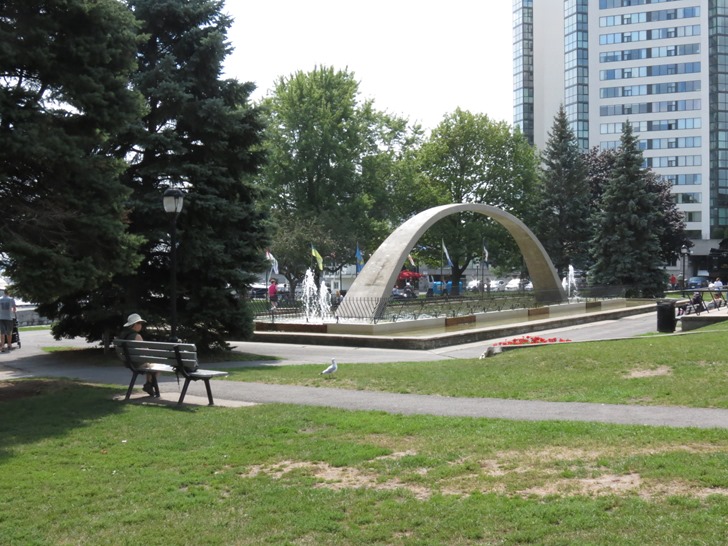 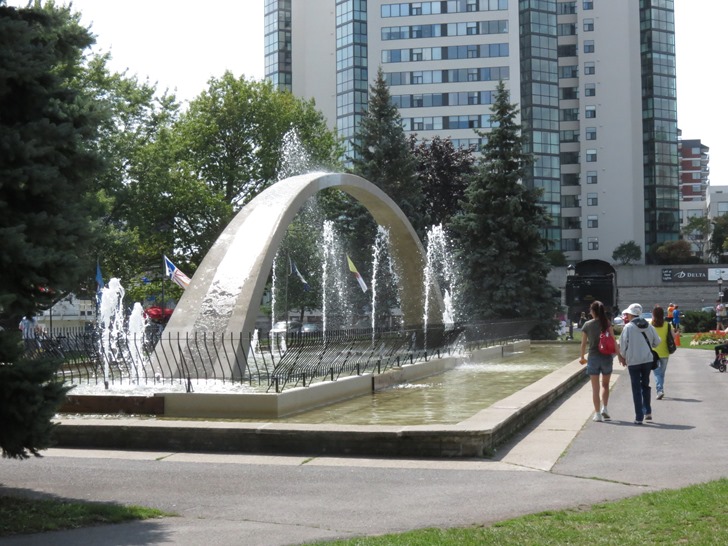 The square behind city hall was advertised in our brochure as a market but I guess it is only certain days of the week. 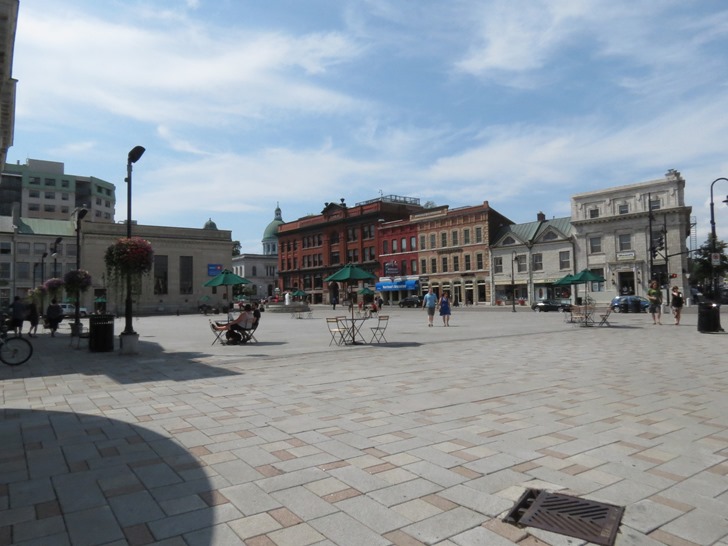 There was an interesting hot dog stand. 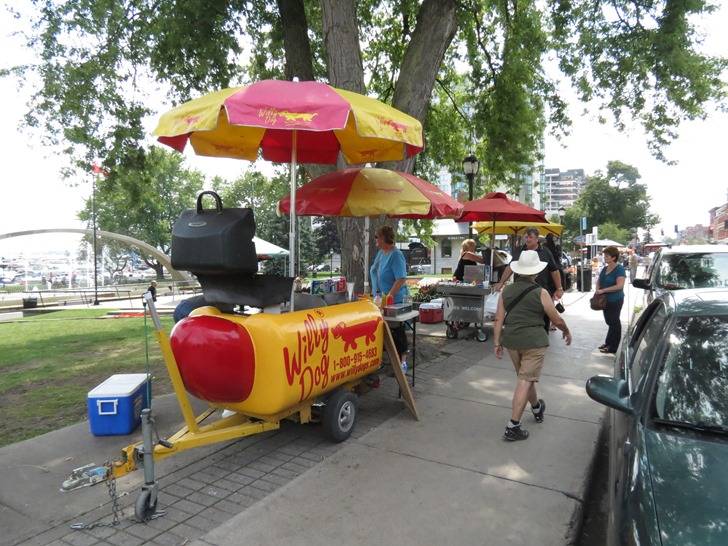 This guy was trying to drum up business for the show at Fort Henry tonight. 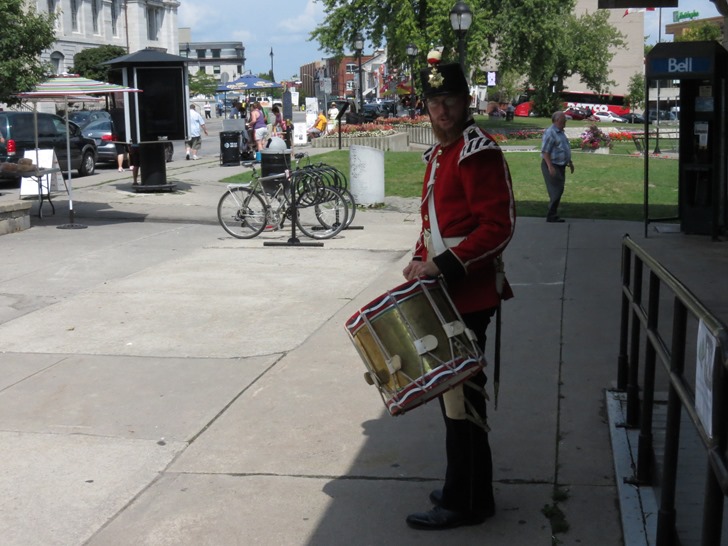 The heat in downtown became too much for us so we headed back towards the car passing some great old houses. 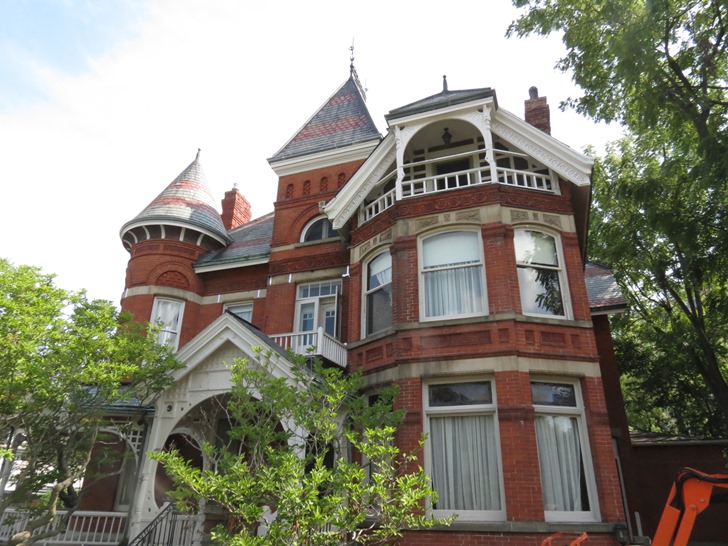 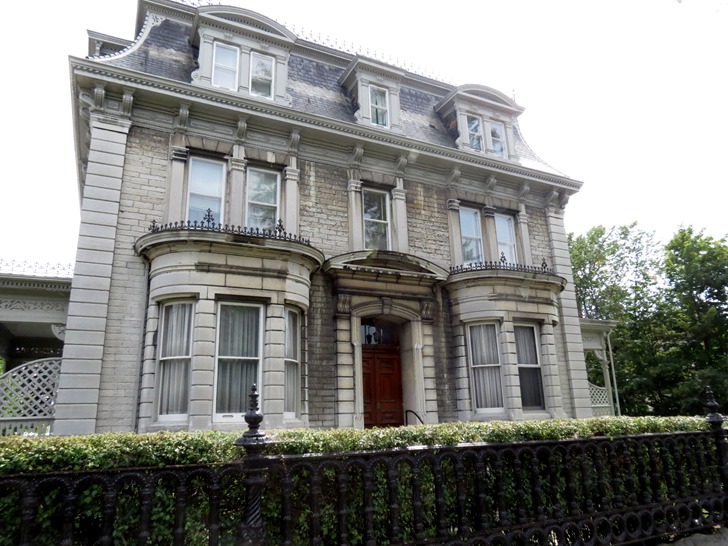 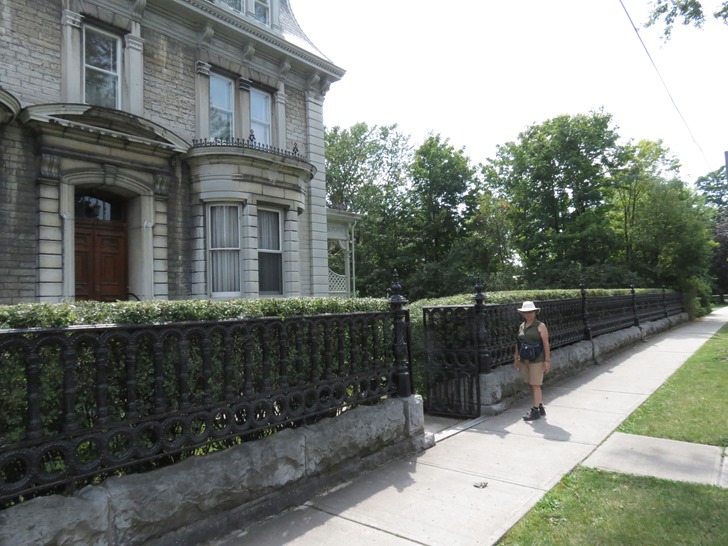 We continued along the trail past the car. It turns out we should have gone this way first. It is mostly parkland. Even though it wasn’t really cooler here it just seemed that way. 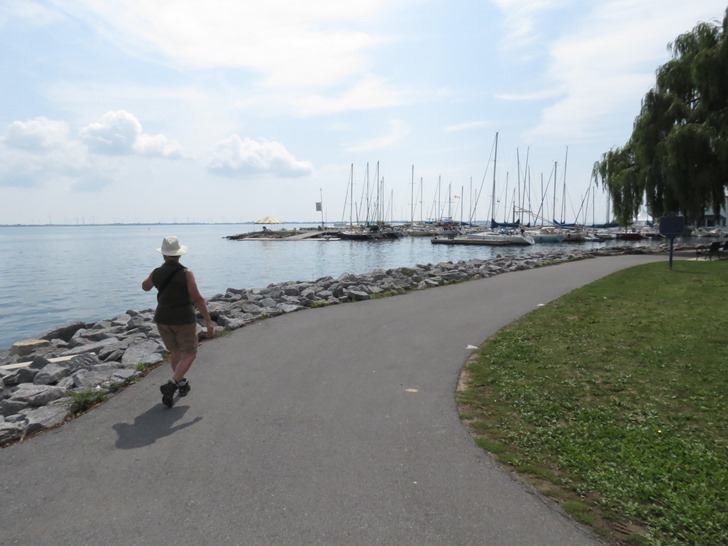 We sat in this pavilion for a while to try and cool off. 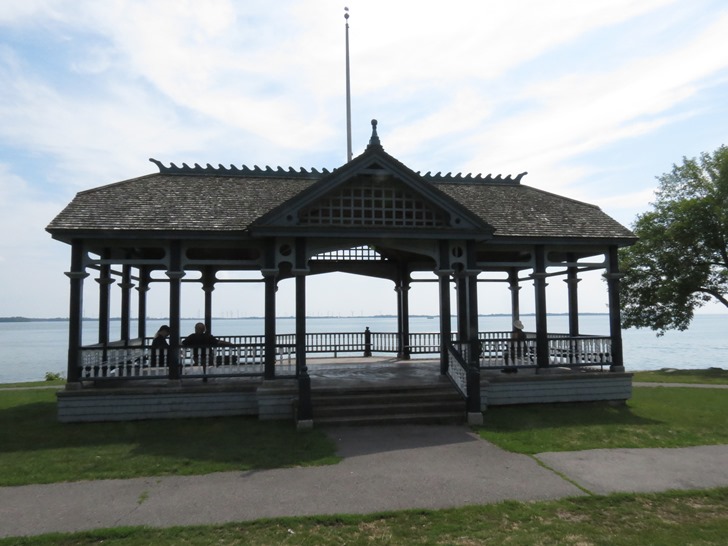 We watched a harbour cruise make its rounds. Far off. 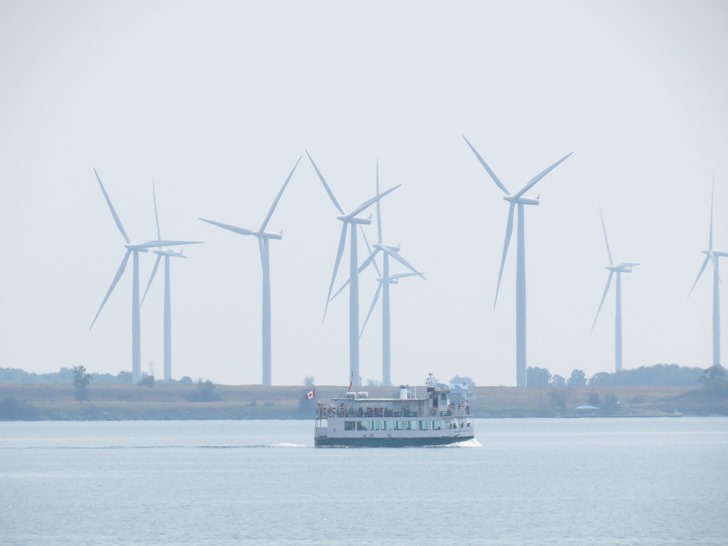 Then back around right in front of us. 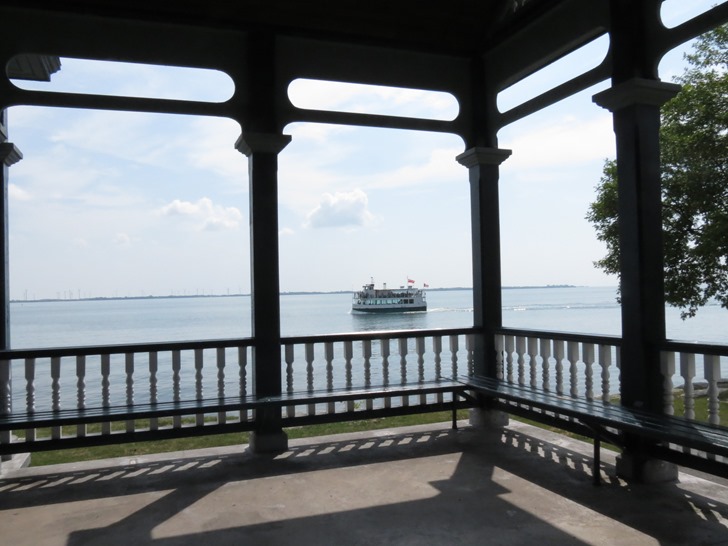 We wondered if they were any cooler out there. 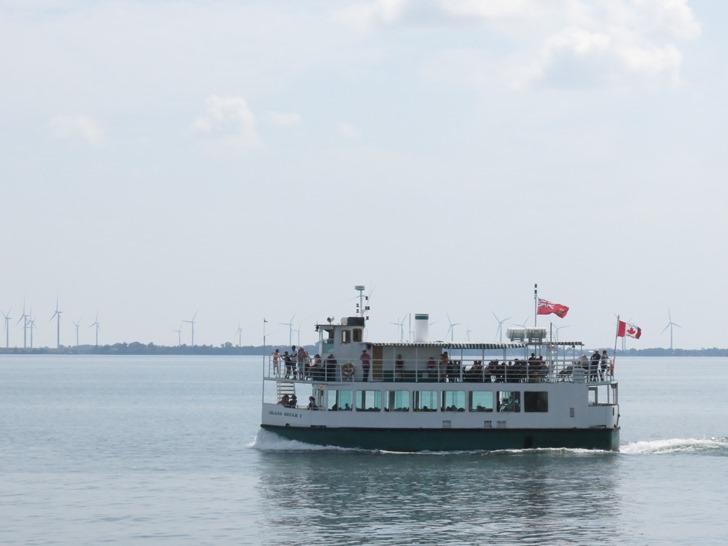 Our final stop was a quick look at this small fort. 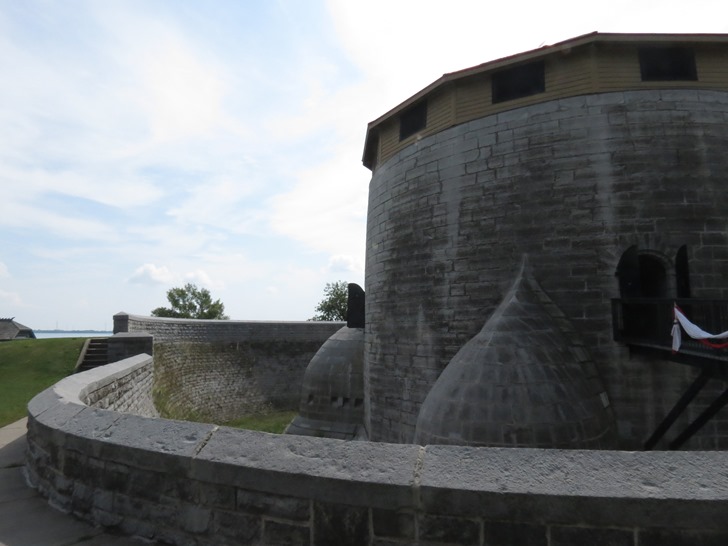 We wondered if it was once really a moat filled with water. 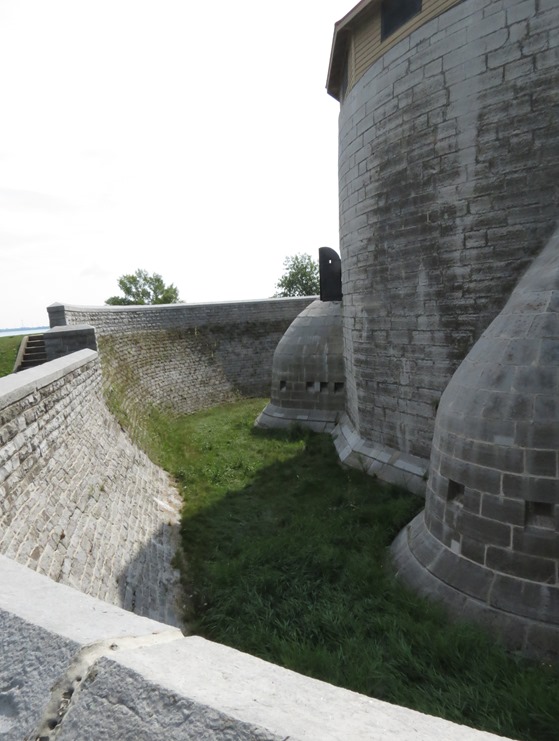 By now we were melting. We retreated to find some air conditioning. Jennie went to Walmart and I just wandered around a mall for a while.