On Sunday we helped move our daughter and her girlfriend from downtown Toronto to London, Ontario. It was a brutally hot day and we told that if she wants any help in the future then no more summer moves.

They have a great friend from school that helped with the move. He rented the truck in his name, helped load it, drove it to London, helped unload and then drove it back to Toronto all on the same day. 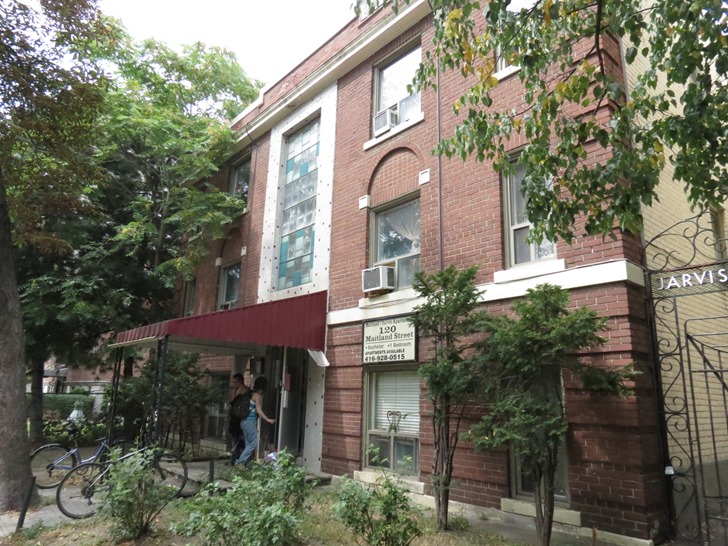 They couldn’t get the truck until 11am. It took us about 3 hours to get everything in. 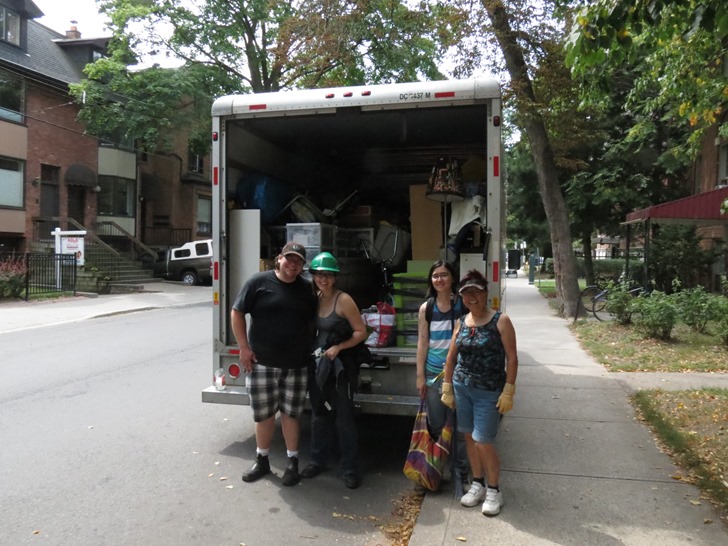 After a lunch at a rest stop on the highway we got to the new place at about 5 pm. 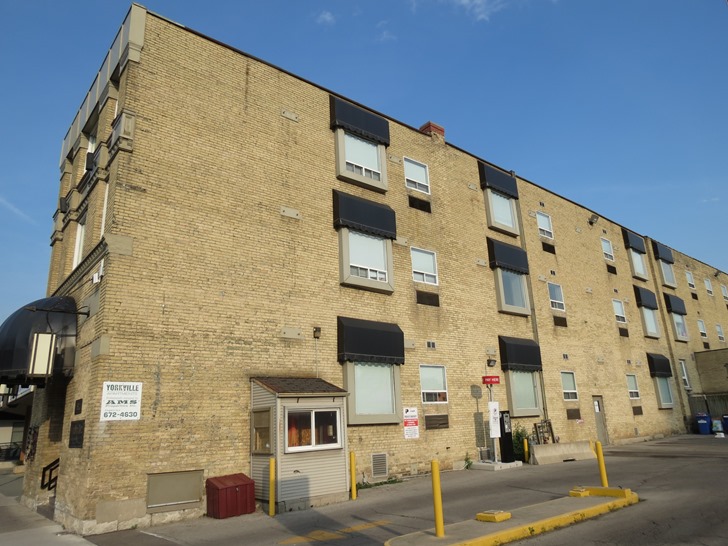 Here there was a loading dock, dollies and an elevator. 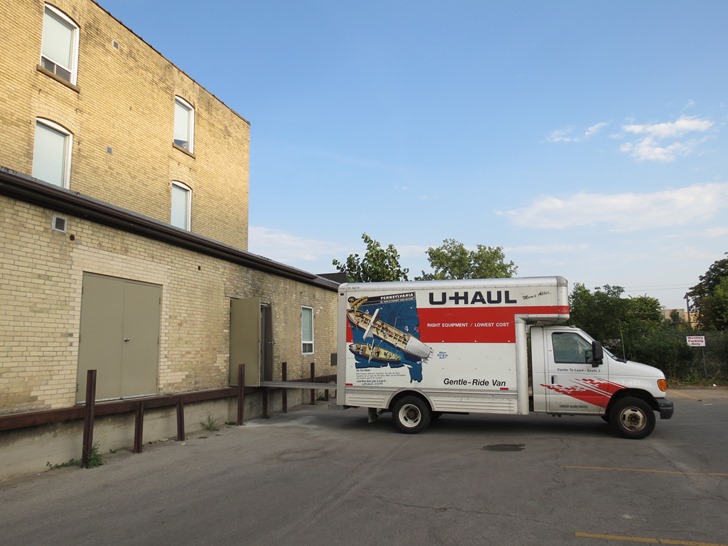 This place is right across the street but it is out of business. 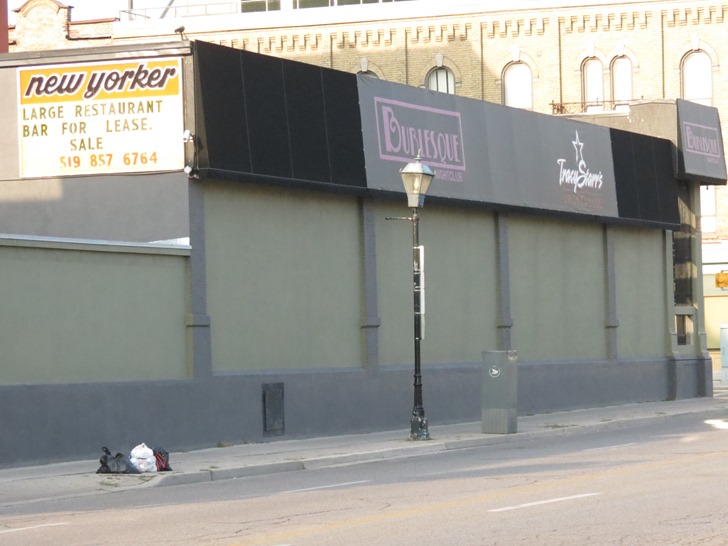 Our daughter’s girlfriend’s parents live near London and came over to help us unload. We were done at about 7 pm. 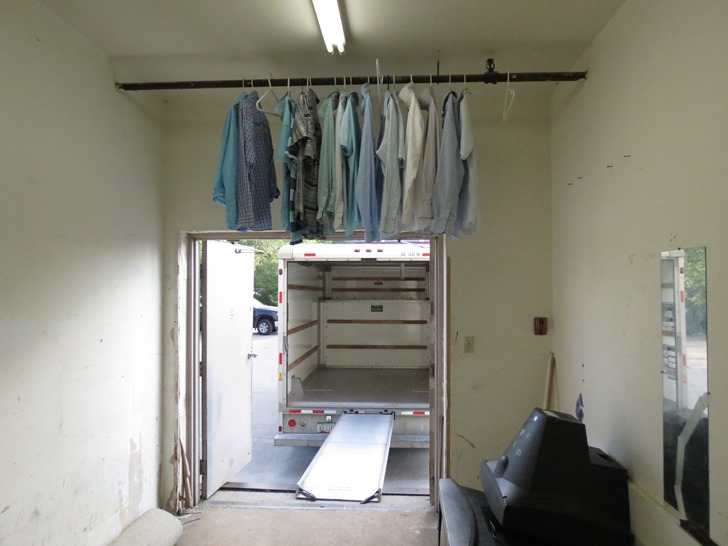 We think it was the super’s laundry hanging above the door.

There was not much room to move around after we dumped everything on the floor. 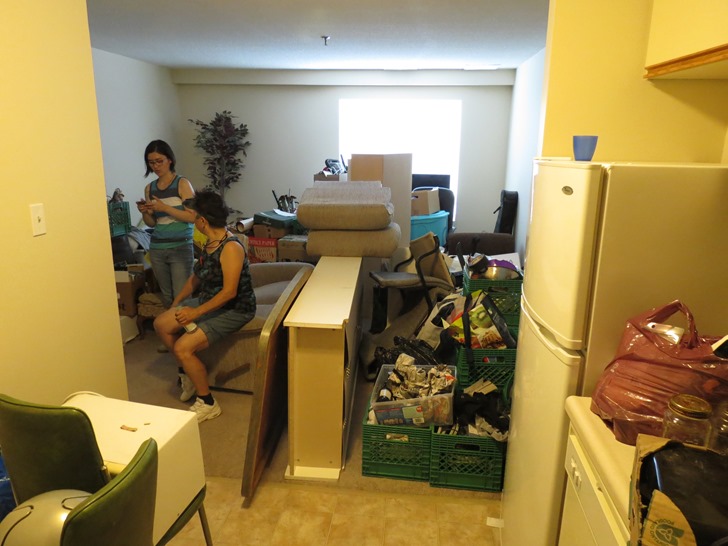 We had takeout pizza on the rooftop patio, below left 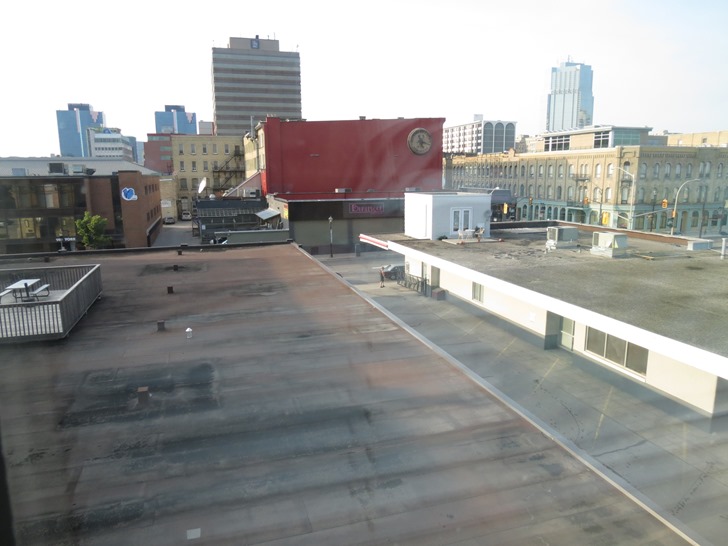 Our other daughter happened to be driving back from Sarnia with her boyfriend. They stopped for dinner and then gave Jennie and I a ride back to Toronto. 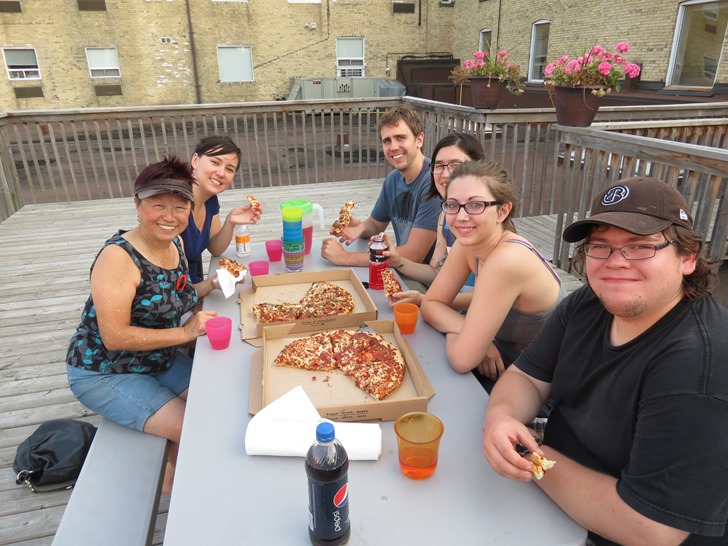 Today we drove to a friend’s house near Yarker, Ontario which is near Kingston.

We had worked together many years ago and have occasionally kept in touch. She said that she had a house with a big driveway out in the country and that were welcome anytime so we took her up on the offer.

The drive was only supposed to take about 3 hours but someone had gone through the guard rail and off the highway. They closed two of the three lanes. It took us more than two hours to go the 11 km from around Brock Rd in Pickering to Brock St in Whitby. 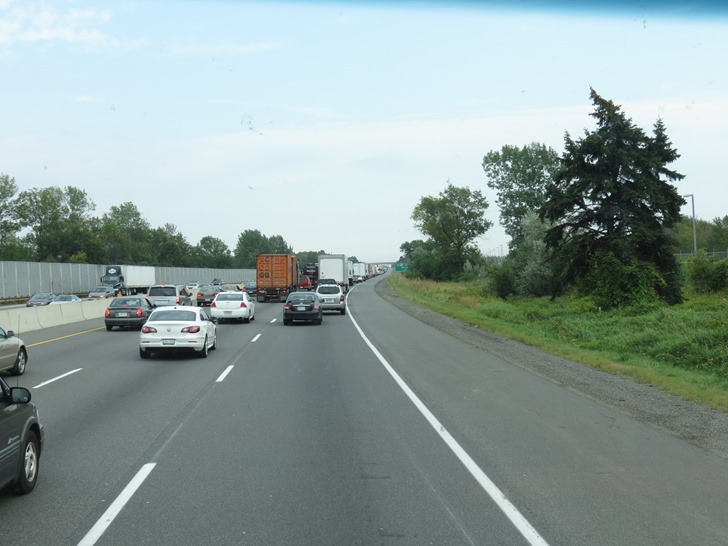 We spent most of the time stopped or moving about 20 feet and stopping again. It was painful. Also I don’t think we have ever used the air conditioning in the cab of the RV before today and it turns out that is is lousy.

We saw this interesting truckload. We think it was the horizontal stabilizer for a large plane. It took up two lanes. 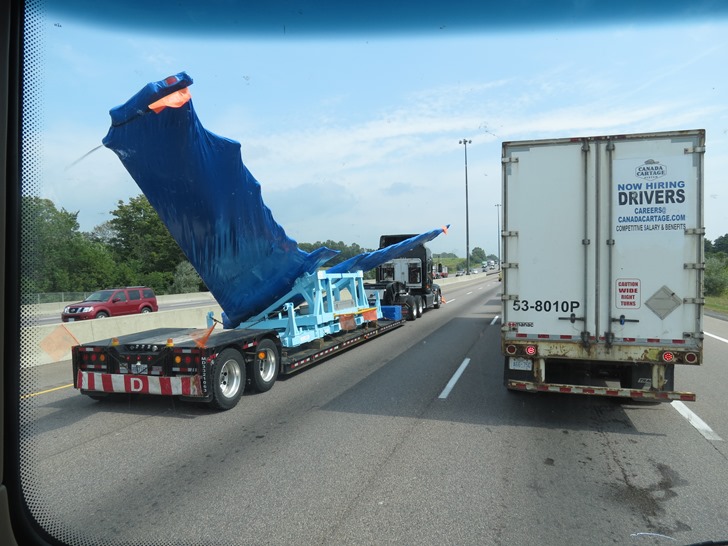 After we got out of the jam, the rest of the trip was uneventful but I was surprised at the amount of traffic heading east on a Tuesday afternoon. Once we got to the two lane section of the highway the passing lane was almost constantly full.

I forgot to get a picture of our parking spot before it got dark. We had a nice dinner and catch up chat with our friend.

All day today it was very hot and humid. It was so thick that off in the distance it looked like fog. Tonight I went out for a short walk to cool off. It is still so humid that any lights seem to have a glow about them. 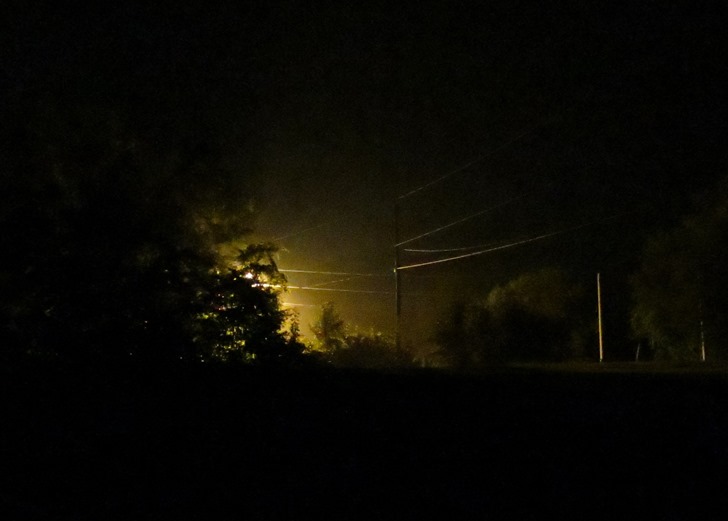 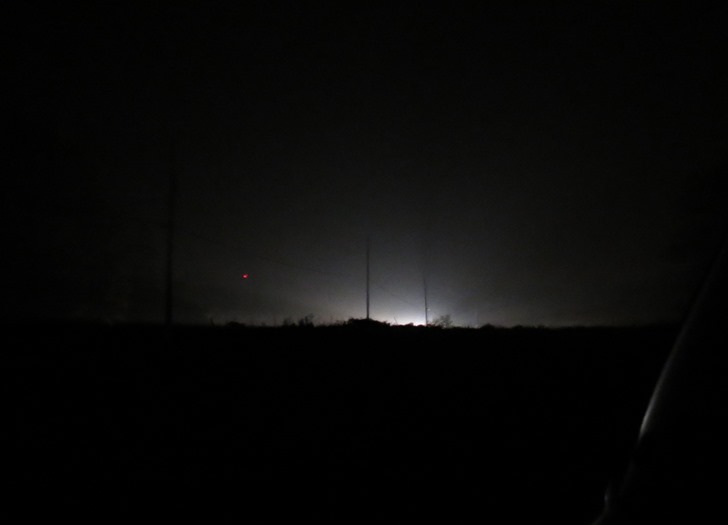 As our generator is acting up and we are only connected to a 15 amp receptacle at our friend’s house, we cannot run our rooftop air conditioners. It is going to be an uncomfortable night.