Wednesday night we had several lines of quite spectacular thunderstorms go through around 11 pm. The sky was almost continuously lit up. We only got a few lightning strikes close to us but it sure looked like all those tall buildings in Niagara Falls were getting pounded.  The heavy rain only lasted about 1/2 hour.

With all the tall trees around us we could only see a few of the bolts. As much as I wanted to go out before the rain started, down by the river, for a clearer view and maybe a picture, I figured that that was not a great idea. The forecast had even called for the possibility of hail but we didn’t get any.

When we got up on Thursday it looked like kind of a blah day so we decided to have a day of rest just hanging around the RV. We had rain on and off most of the day. In the late afternoon it looked like we were in for another thunderstorm. 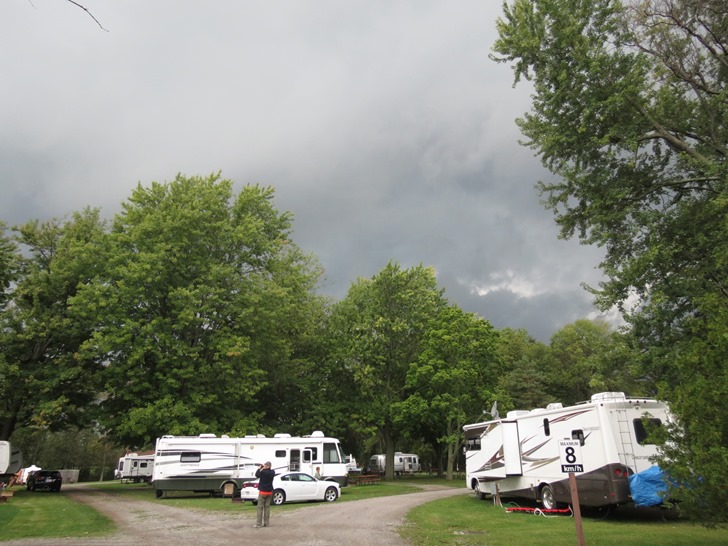 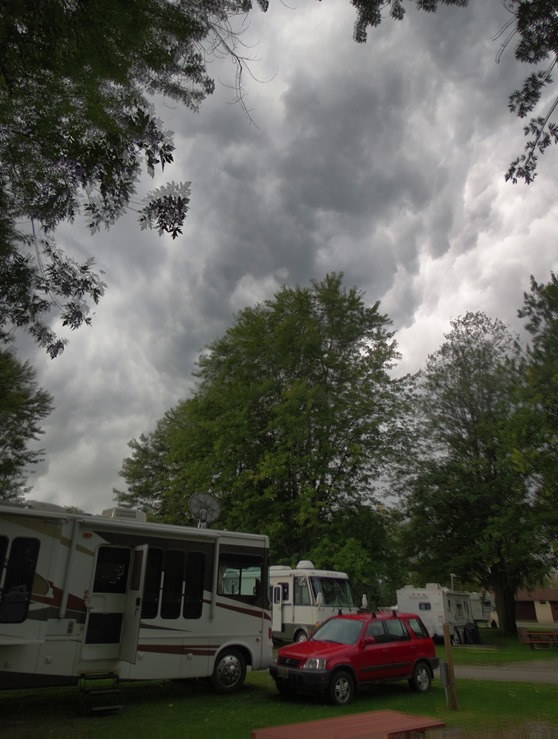 We got a few flashes of lightning and some more rain but it sort of fizzled out. Afterwards we even got a bit of sunshine.

Today we moved across the border to Grand Island, New York to spend the weekend with Jennie’s nephew and his family.

I just love crossing the border. Once we got to the booth it was easy but getting there took about an hour. Here we are still going up the Peace Bridge. 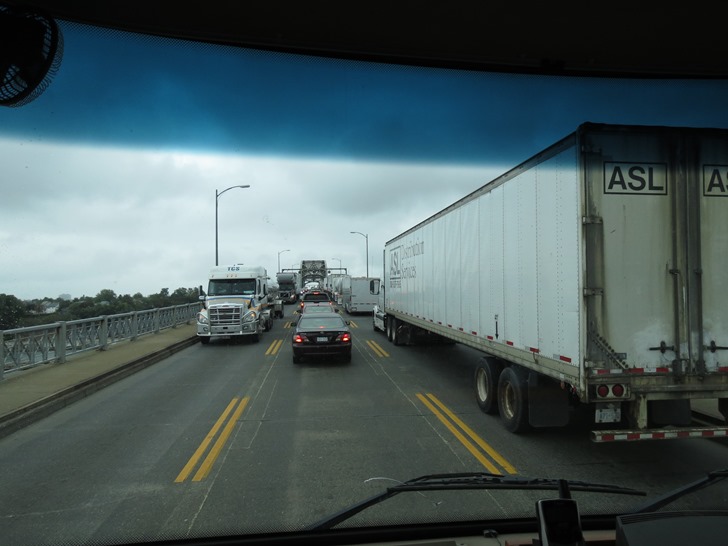 Almost there. There is only one lane for RVs and buses. 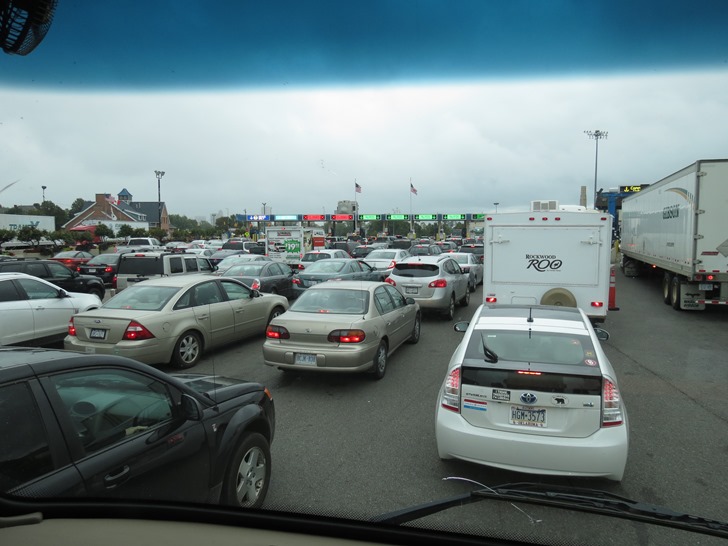 The actual drive was short but rainy. 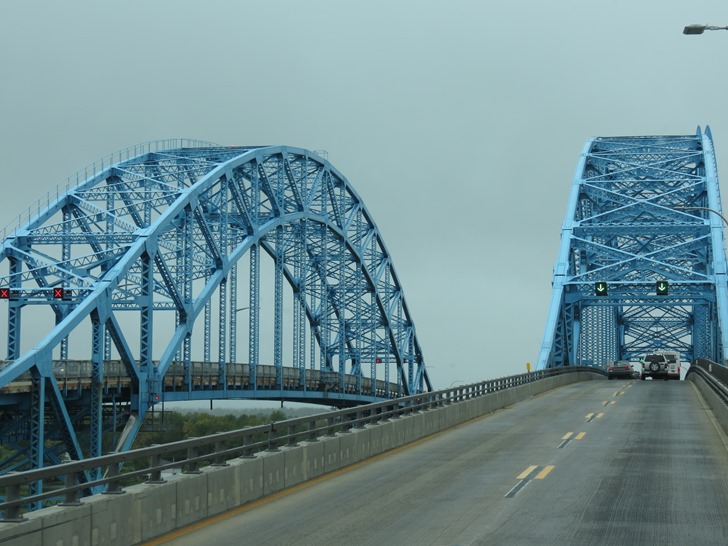 Jennie’s nephew is the same one we visited last Sunday. He has a seasonal site at the Grand Island KOA campground where he keeps a trailer. They come down here from Oakville most weekends.

KOA stand for Kampgrounds of America. They are a franchise that has campground all across the US and parts of Canada. They are like a big hotel chain for the campground set. You usually know what you are getting but they are not usually very scenic. We only use them as a last resort because they are also usually more expensive than other campgrounds as they try to be a resort with pools and playgrounds and organized events.

In other years I had used them more so I had bought a membership card for $24 that gives you 10% off each stay. There were none in Alaska last year so I let it lapse. When I checked in today the lady said that if I renewed  I would get the 10% but also this weekend they had a special for members. If you stay Friday you gets Saturday for free. Since the site is $56 a night, for $24 they deducted the one night at $56 and 10% off the other two.

This is the cheapest site that will fit our RV. As I said KOAs don’t usually have the most scenic sites. 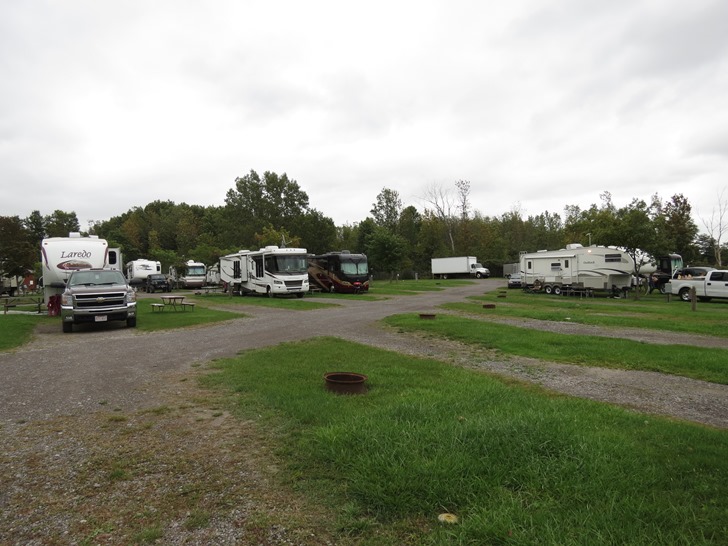 Being in the cheap seats we are also right next to the New York Thruway, just behind the trees. 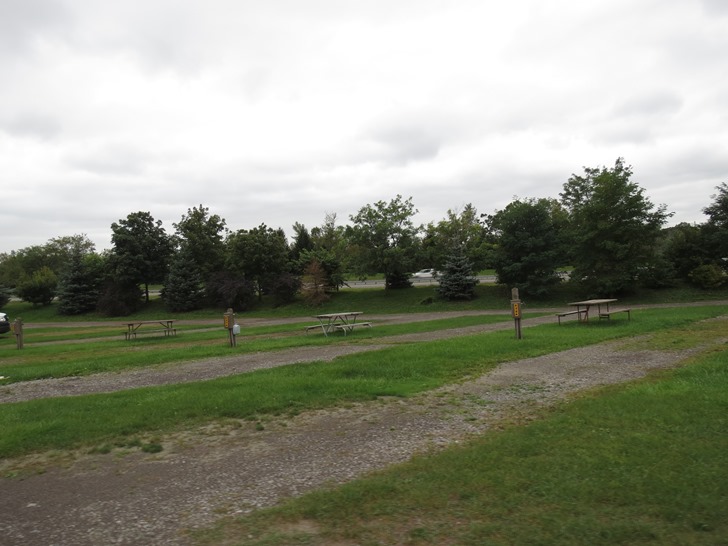 We will see how loud it is tonight.