Just a quick post to say that we actually did hit the road.

Since I could not leave the RV parked at our house overnight, I spent two cold nights parked at the local plaza. On the first night it got down to 4C inside in the morning and the next day it was 1C. We have a very warm comforter so I was toasty in the bed but getting up and putting those icy clothes on was no fun. I could have just parked it there and come home but I didn’t feel comfortable leaving it with all of our stuff in it.

We got away at around 9 am to a great sunny day. Traffic was easy for the whole trip. 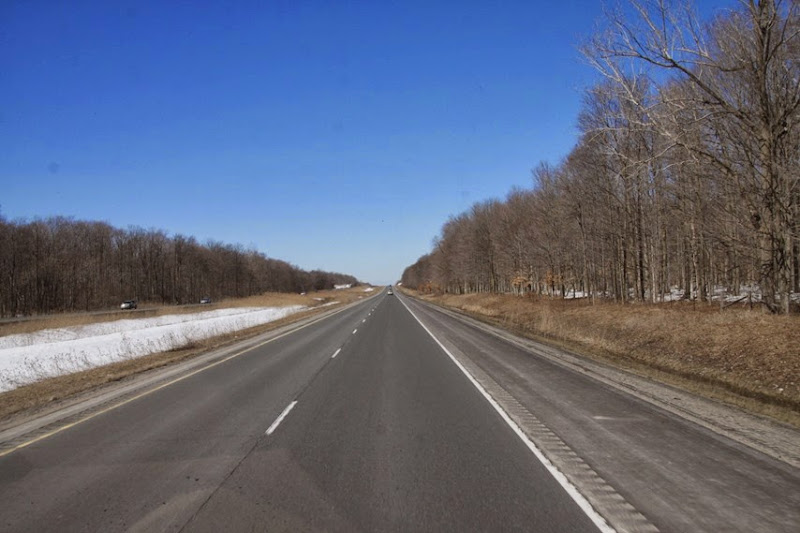 One bit of excitement happened just outside of Toronto. I have a tire pressure monitoring system on all the tires on the RV and  the CRV. It consists of a receiver and display that sits beside me and a transmitter for each tire that screws on to the valve stems. As we were driving along all of a sudden the alarm goes off. The pressure in one of the tires has dropped from 90 psi to 65 psi. It has given some false alarms before but I quickly pulled over to check with my manual tire gauge. Sure enough it was low.

So, sitting on the shoulder of the 401, on went the compressor to pump it back up. Of course it was a tire closest to the traffic as well. The tire came back up to pressure fine. I put the transmitter back on and off we went, while I watched to see if it was slowly leaking again. It stayed at the right pressure.

What I think happened is that the transmitters have to depress the pin in the valve stem to read the pressure. I don’t think I screwed it on tight enough when I put them back on this year. So the monitoring system found the problem but it was the problem. Thank goodness the tire was OK because they are about $450 a piece.

We went through customs at Sarnia. It was not very busy. 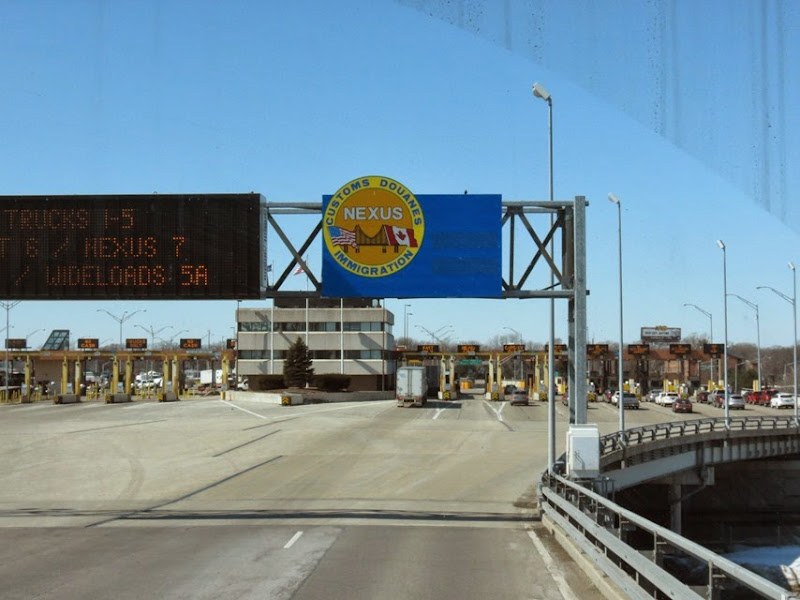 I had read that it is physically easier to get a large RV through the booths there vs. Windsor-Detroit and as an added bonus the agents are usually nicer. I always freak out a bit going through. It’s not that I have anything to hide. It is just that they have so much power to deny you access and there is no recourse.

We didn’t bring any vegetables or meat and I had thought about how I would answer the usual and some of the usual questions that I have heard about.

Well it turned out to be the easiest crossing we have ever done. “Where are you going?” “Utah and Colorado.” “How long will you be in the US?” “We will be back August 11”. “Have a nice trip.” I was almost in shock as we pulled away.

We had an easy drive through Detroit at around 1:30 and the arrived at our destination Wal-Mart in Perrysburg, Ohio at around 3 pm. 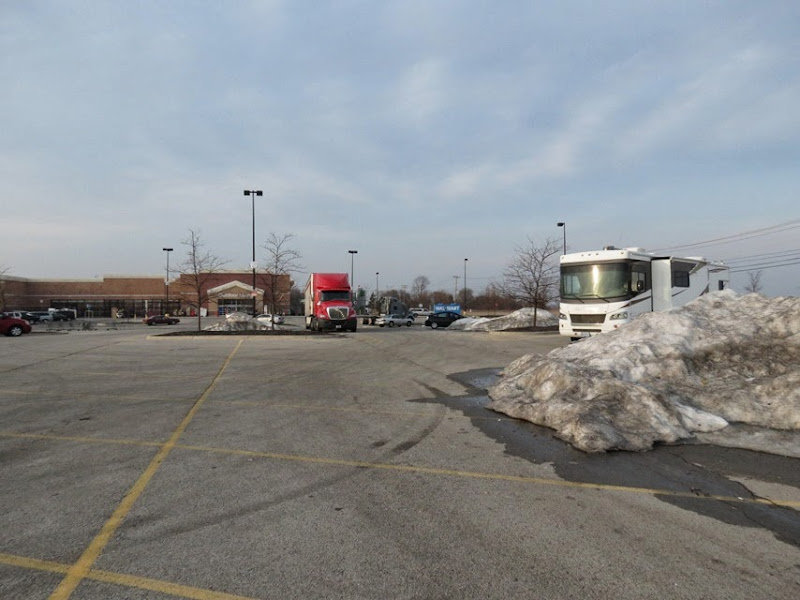 While Jennie restocked the fridge at the store I did some work on the RV.

Last year I had bashed the mirror on the passenger side on a post. I had put temporary ones that I bought from Canadian Tire in the housing. Sometime today one of the temporary mirrors fell off. Jennie had to be my watchperson whenever I changed lanes. It made driving just a bit more tense.

I had ordered and received the proper replacements from the manufacturer over the winter but I was waiting for some warmer weather to do the job. It was nice now that I had to replace them that it was a balmy 18C here.

It is however supposed to go down to –1C tonight.