We are now off on this summer’s adventure. Due to some commitments at home we will not being doing one long trip but several shorter ones.

Currently the plan is to explore the South and North Carolina coast until returning home for our daughter’s wedding in early June. After that we will explore a bit of southern Ontario before heading up to our family cottage. In mid August we will take the long way home from the cottage and explore the upper peninsula of Michigan to be home for our niece's wedding in mid September.

We have just arrived in Myrtle Beach after 3 long days of driving.

We had the RV at the house, to load, for about a week and moved all the last minute stuff in on Thursday night. We managed to get away at about 9 am on Friday. Surprisingly the traffic was not that bad getting out of Toronto.

With the state of affairs in the US we were more worried than usual about the border crossing. We were very careful about the food we had with us so there would be no reason to stop us at all. The border was not busy and I guess we had all the right answers to his questions as we were only there a few minutes. The one unusual thing that he did was to walk back to our towed CRV to check that nobody was in it.

The rest of the first day’s drive was easy through mostly flat New York and then moderately hilly Pennsylvania. We stopped at the first Walmart, that allowed overnight stays, that was past Pittsburgh so we wouldn’t have to contend with morning traffic. We were the only RV in the lot in Washington, Pennsylvania.

Saturday’s drive was very rainy, hilly and long. The hills of West Virginia are very picturesque but made for a lot of long climbs at very slow speed in the RV. We spent another night alone in the Walmart in Randleman, North Carolina.

At the end of yesterdays we had done our final descent down the Blue Ridge. We even passed by one of the campgrounds we had stayed at two years ago in Mount Airy. The rest of the drive to the coast is flat.

Another very rainy day but again there was very little traffic until we got remotely close to Myrtle Beach. Then WOW! As it is Sunday I guess everyone was heading home after the weekend. I think there was about 40 miles of bumper to bumper cars, thankfully going the other way from us. 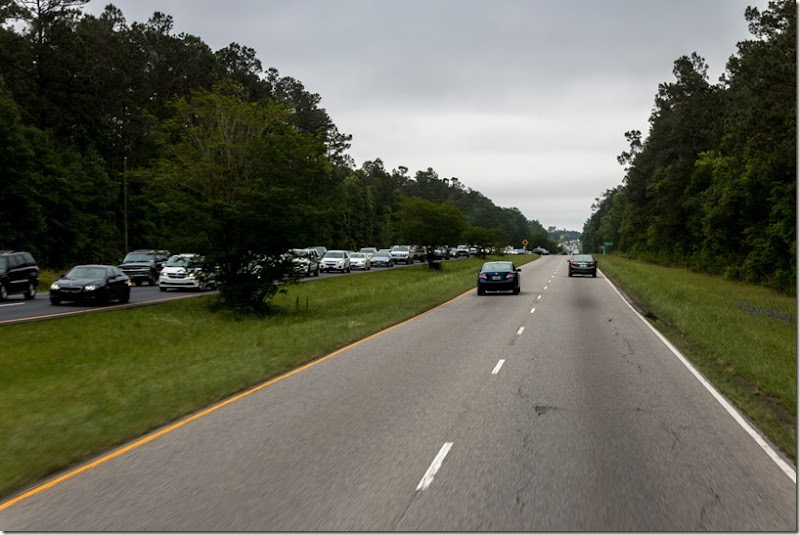 As we got close even our side got busy. 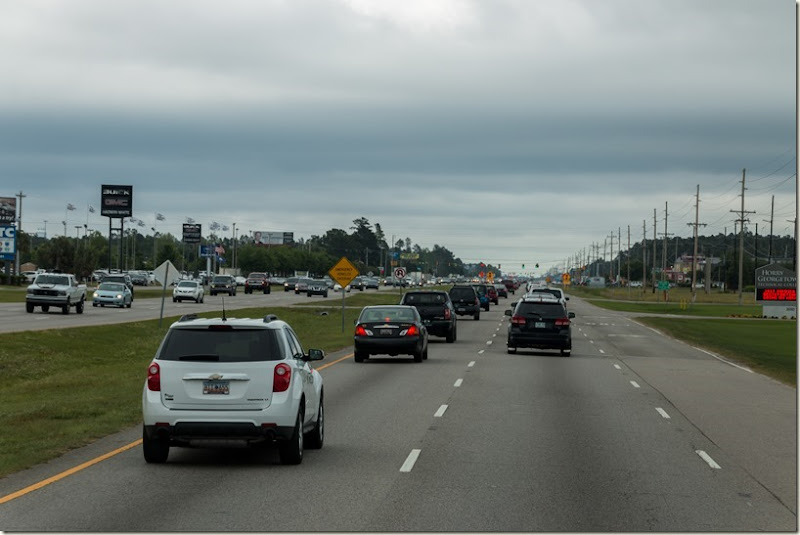 We eventually made our way to out spot in Myrtle Beach State Park. 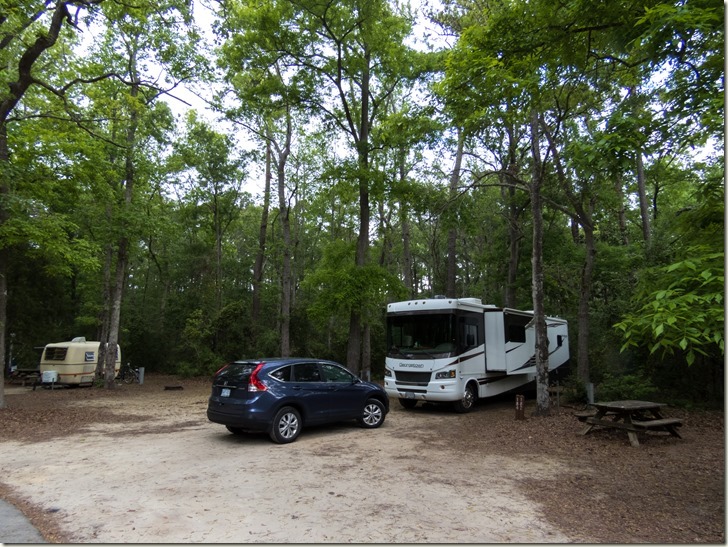 There are some huge private “campgrounds” with full hookups but I liked the setting in this park.

The weather for the next few days looks really lousy. There is a huge storm headed our way and there are flash flood warnings so tomorrow is probably going to be a bust.

We did a quick walk out to the beach to check it out, while we could. 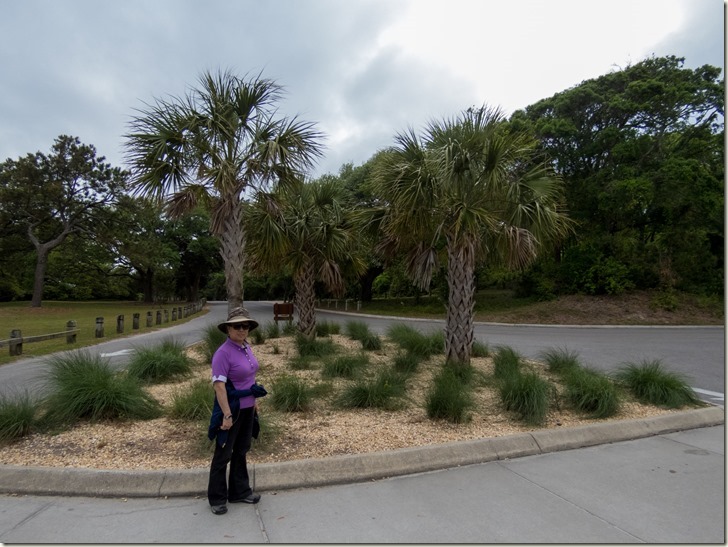 It was cool and very windy. 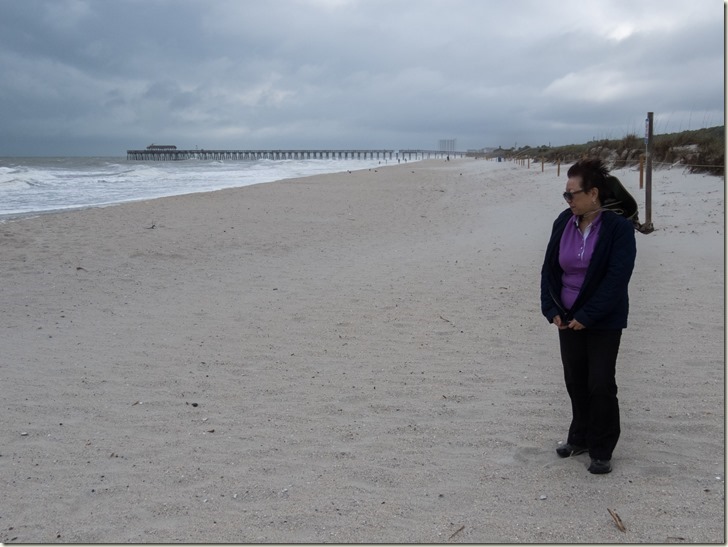 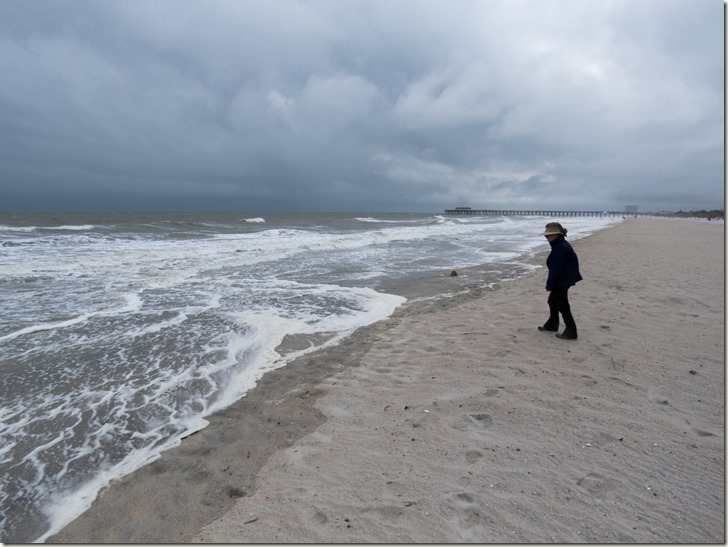 This part of the beach is nicely undeveloped but off in the distance you could see the start of all the hotels. 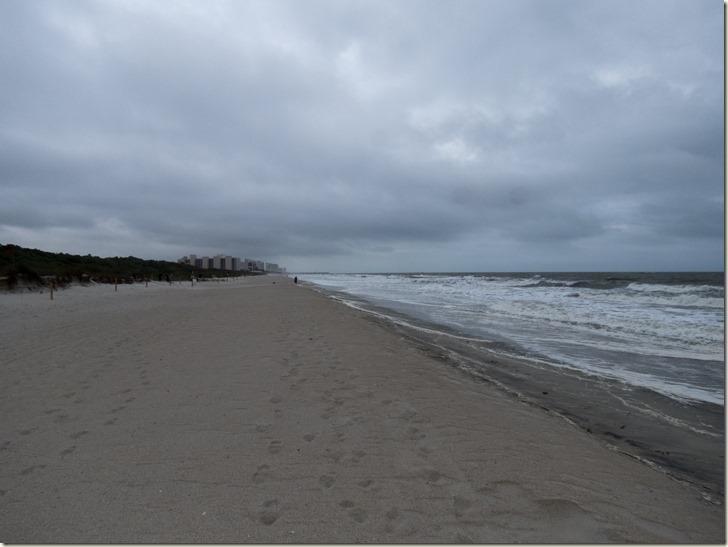 It soon started to rain so we headed back to the RV. 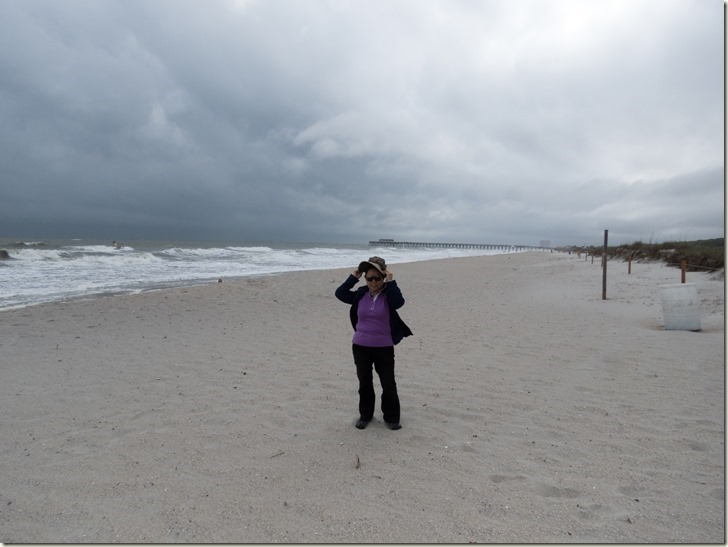 There are a lot of people here in tents. They are not going to have fun in the coming deluge.