The called for heavy rain never did come. It did, however, rain almost constantly with enough heavy bursts that we really didn’t want to be outside very much.

We decided to drive up the coast to check out all the tourist traps (from the outside). As you drive along Ocean Blvd next to the shore you can’t see the ocean because of the solid wall of resort hotels. It was just amazing how many there were.

We drove back along the main drag Hwy 17 Business. This is where all the tourists stuff is located. Again we were blown away by how many beach supply stores and seafood buffets there were. They also seemed to repeat every few miles, I guess, so that you didn’t have to travel too far from your hotel. The other thing that caught our attention was the shear number of massive mini golf places, all with huge sculpted landscapes and waterfalls. We will have to get some pictures later when the weather is better and we are walking by.

There are also lots of huge theaters putting on live shows that all the brochures and info booth people try to get you to attend. I am sure we saw 15 billboards along the highway for a monster one by Dolly Parton’s company.

We did stop in at one of the recommended shopping areas called Barefoot Landing. It is a made up of mainly souvenir shops built on a walkway around a lagoon. 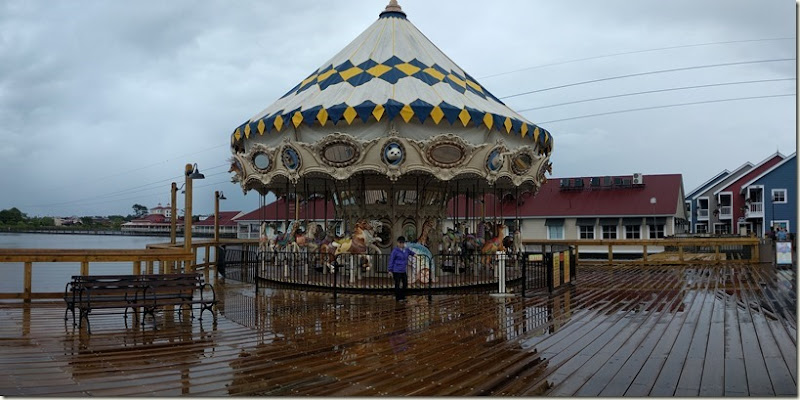 There were a few interesting shops. For our daughter, we had to go into one called Purpleologist. 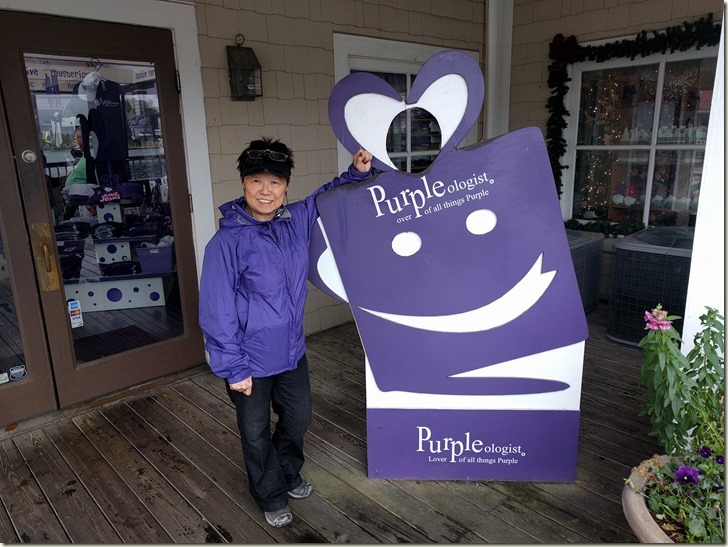 I sense a theme. 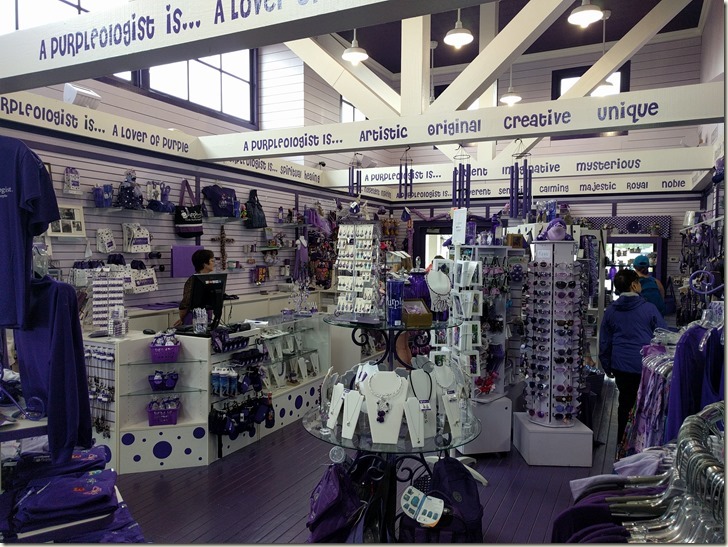 After a particularly bad downpour “forced” us into the ice cream parlour, we had to browse the mineral and gem store. 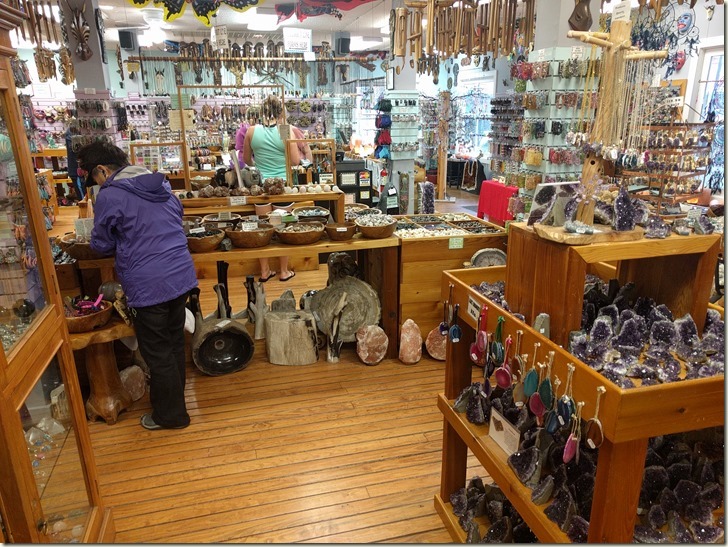 It is actually kind of disheartening to be a rock collector and go in here and see so much stuff so easily available.

There was one weird section that didn’t fit in where they displayed some dreamcatchers. 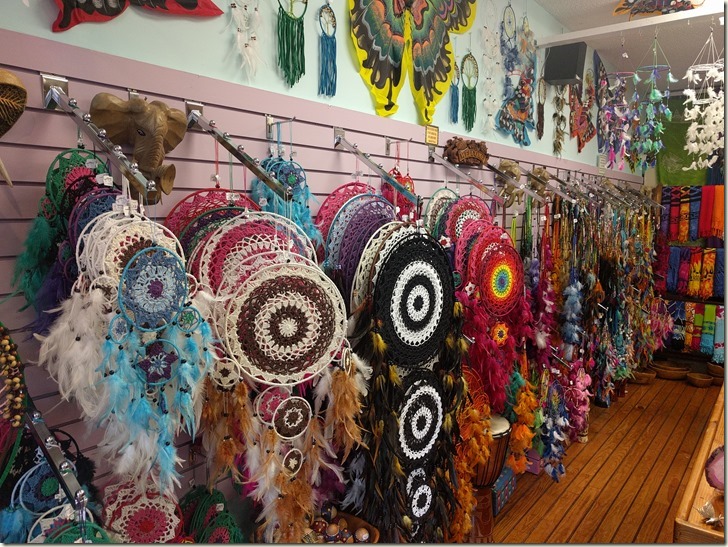 I guess the local Native American population was upset that they were not “real” because this sign was on the wall. 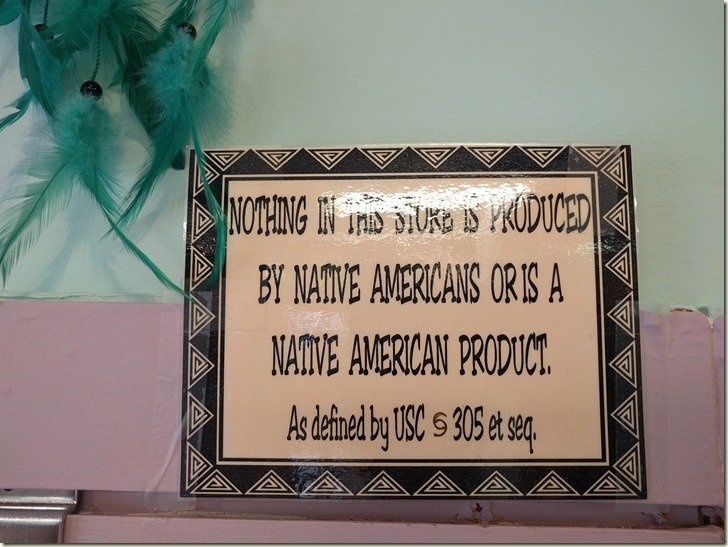 Being quite damp by now, we headed home.

The forecast for tomorrow is still not great so we may have to find some more indoor stuff.