I really wanted to take one of the star trail pictures using the tower as the foreground but it was not to be. The forecast last night called for clearing and I could see the edge of the clouds late in the evening but it never made it over to us before I fell asleep.

We woke up to clear blue sky but I looked over and couldn’t see the tower. It slowly emerged from the low clouds. 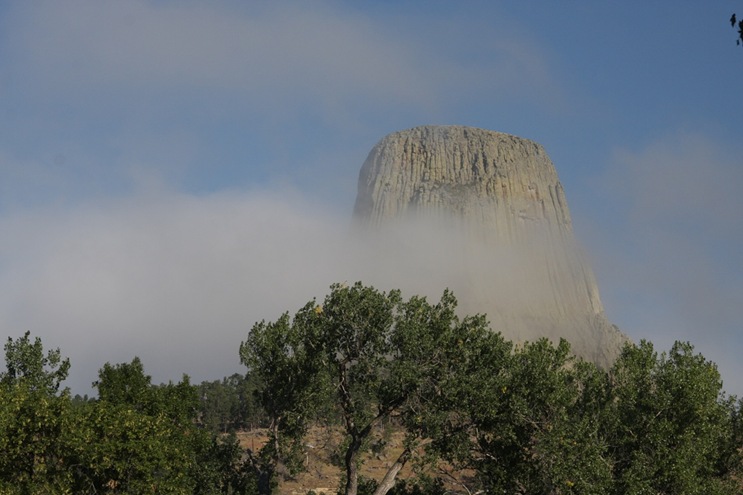 Since it was a nice day and it was only a 2 hour drive to the next campground, we spent the morning here. So lots more pictures of the tower.

We first moved the RV to a parking lot to vacate the campsite. 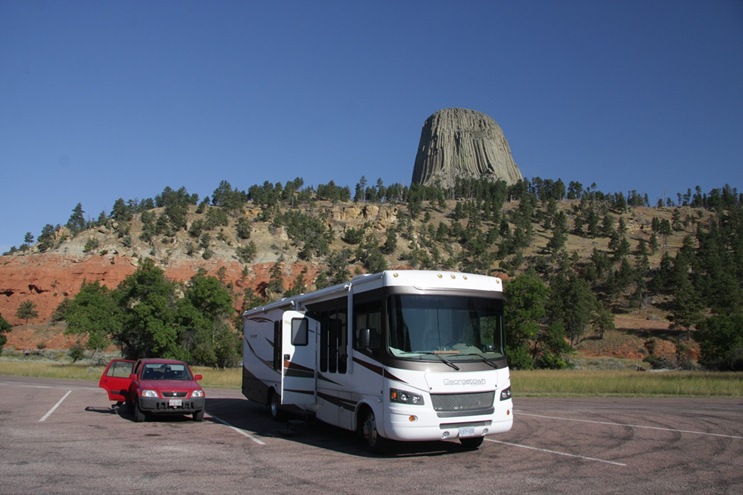 Then we took the 1 km trail that climbed up and circled the the hill in the background to the visitor’s center. We then did the around the base trail again because we can’t stop staring at this thing. Then back down the trail to have lunch.

The first part of the trail went through a field of prairie dogs. The sentry would screech and then they all dove for cover as we approached. 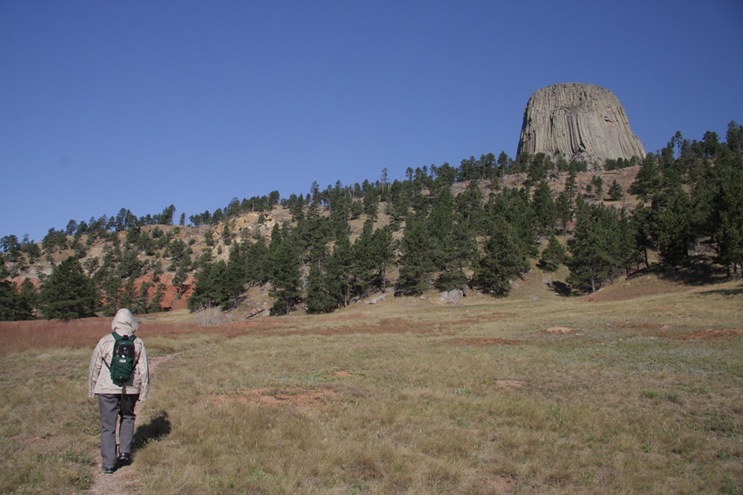 It was kind of weird to see cactus here. 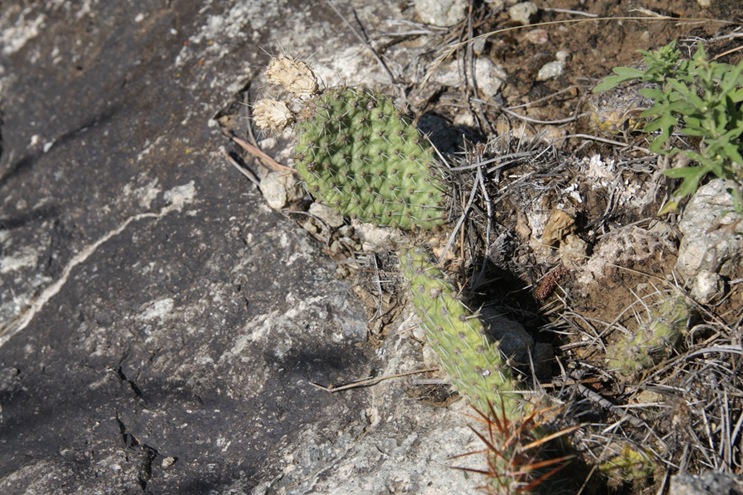 There were nice views back down to the valley. 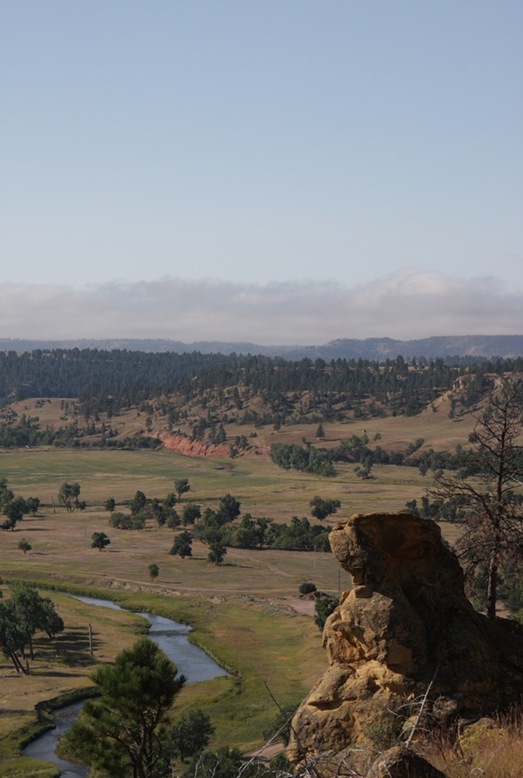 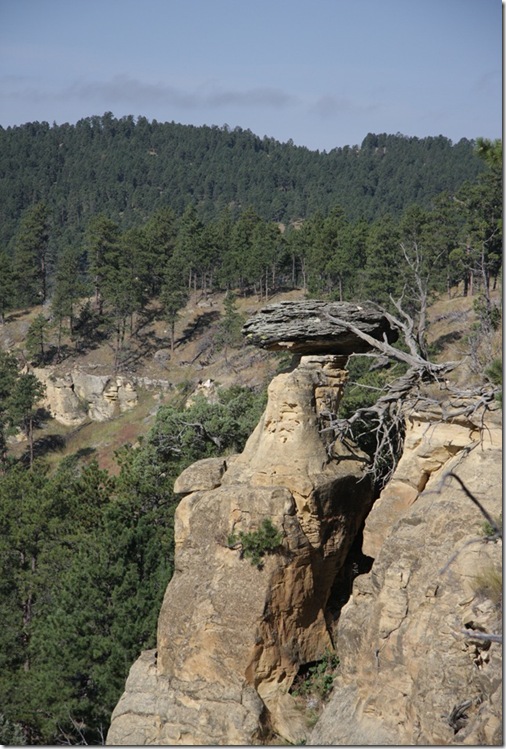 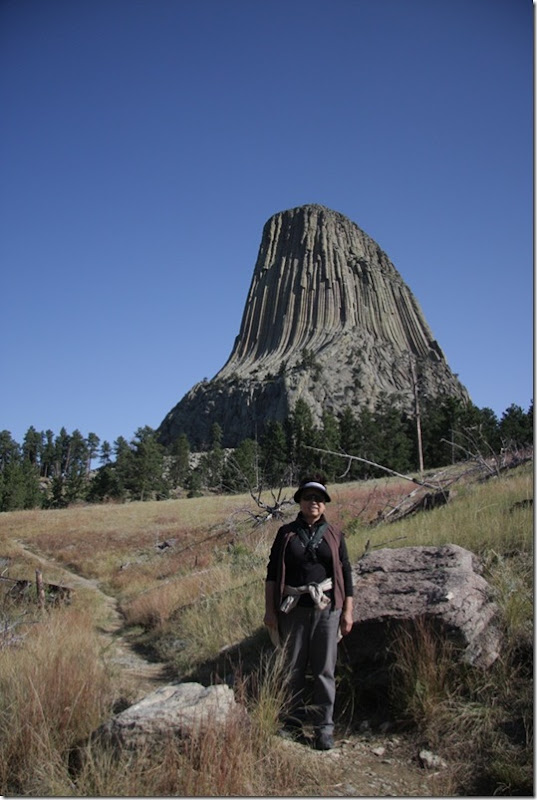 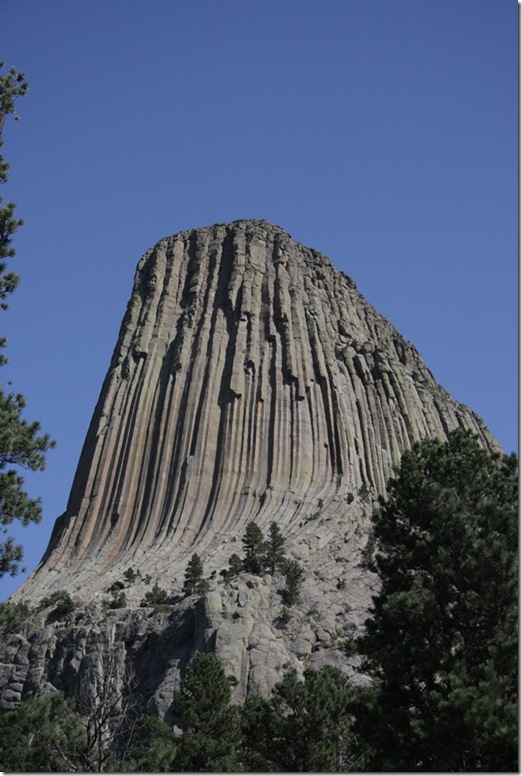 More climbers today even though it was quite windy. See the little black smudge at the base of the toppled over column near the bottom right of the picture below. 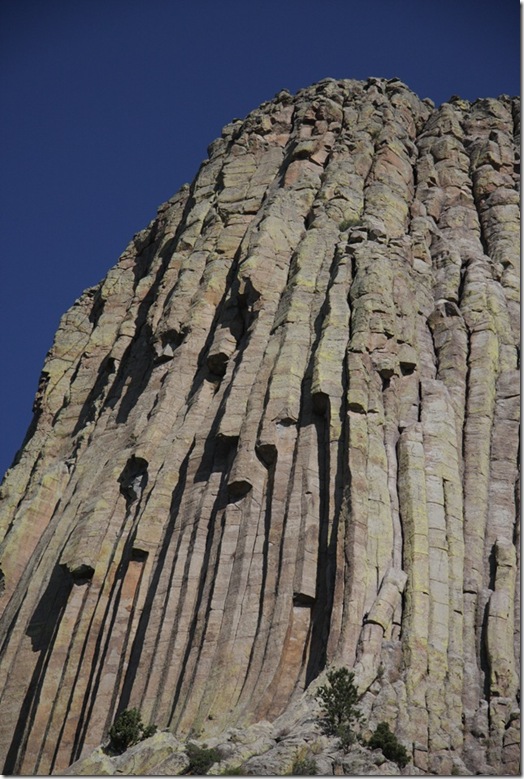 The columns are pretty near vertical. 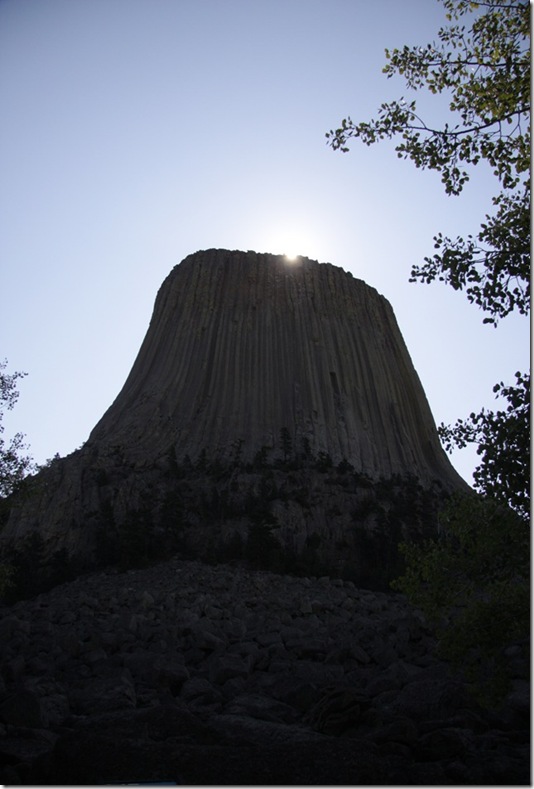 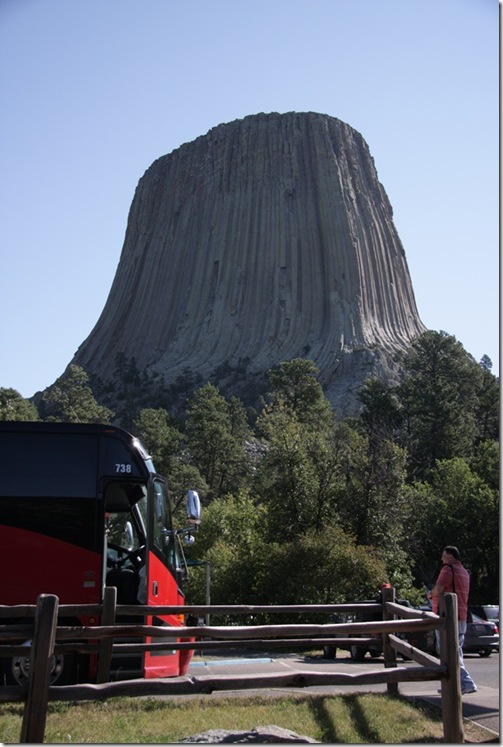 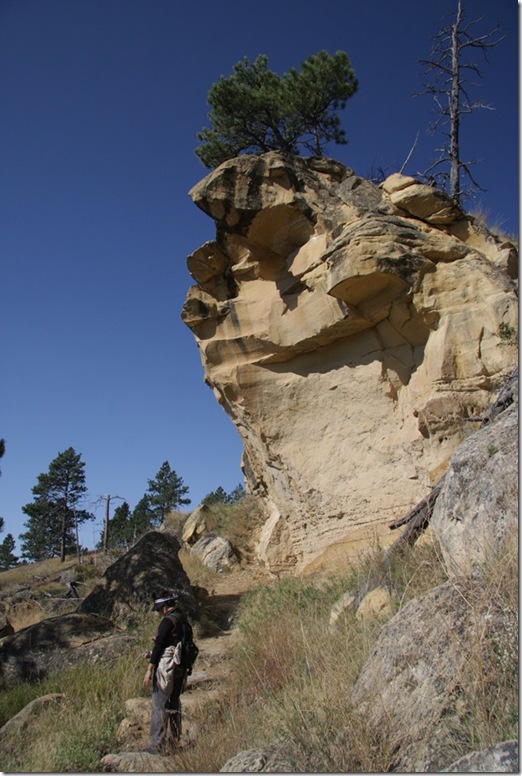 Onwards across the high plains to Custer, South Dakota and the Black Hills and Badlands. 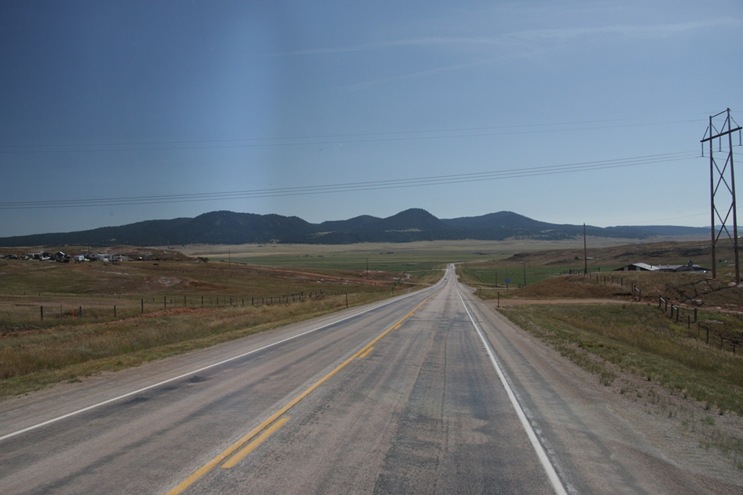 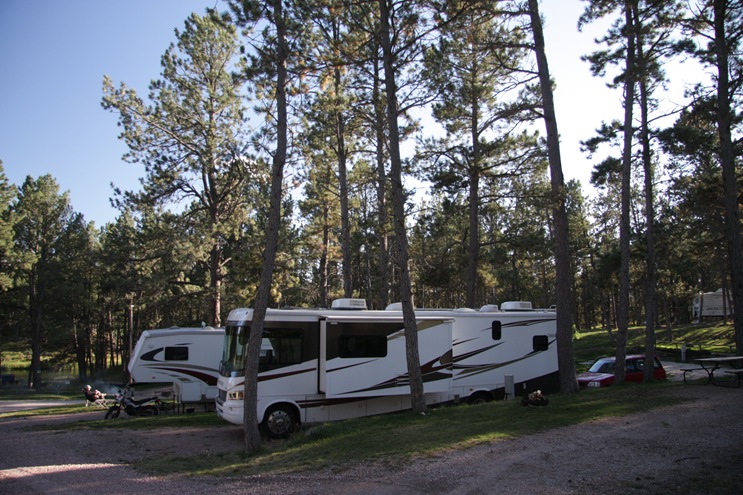