A long mind numbing straight drive across South Dakota. We drove for 7 hours today just because there didn’t seem to be any point in stopping.

We did stop once in Mitchell, South Dakota at another one of those places that everyone says you must see, once. The Corn Palace. Every year the town spends about $100,000 to decorate the outside and some of the inside, entirely with different kinds and colours of corn. They say it draws 500,000 tourists into town each year so I guess it is worth it. 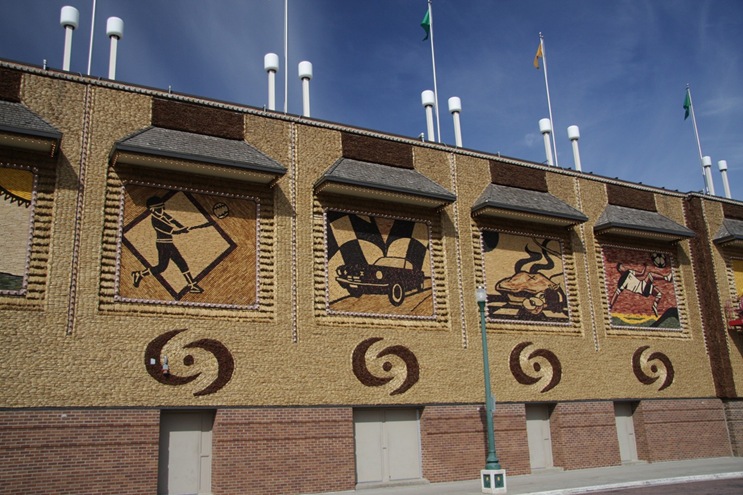 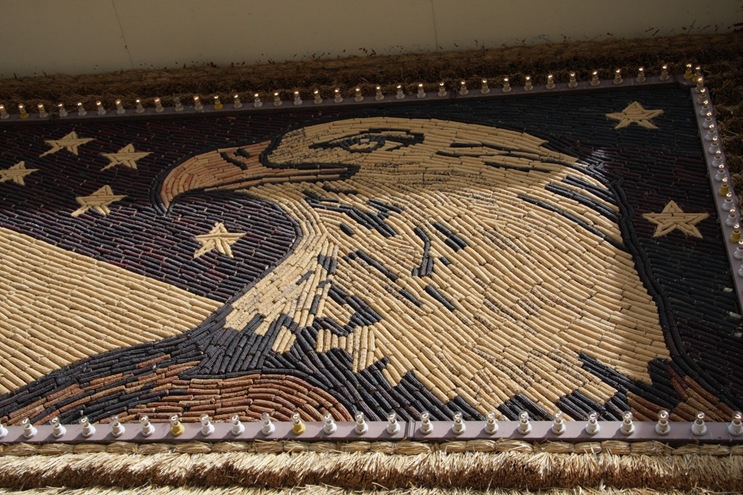 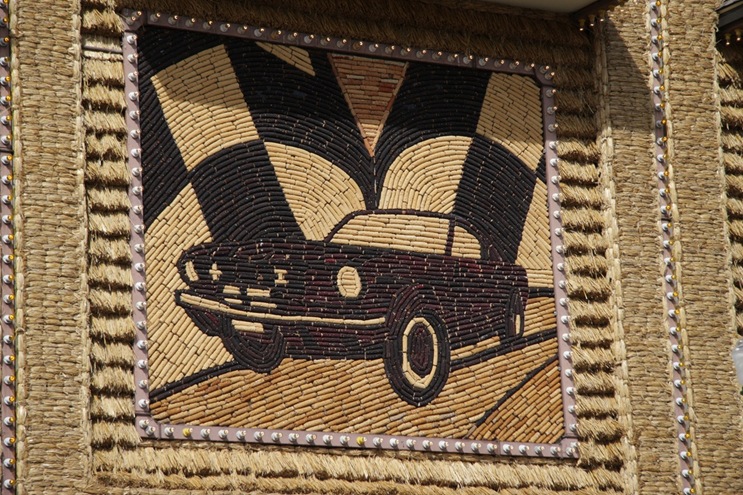 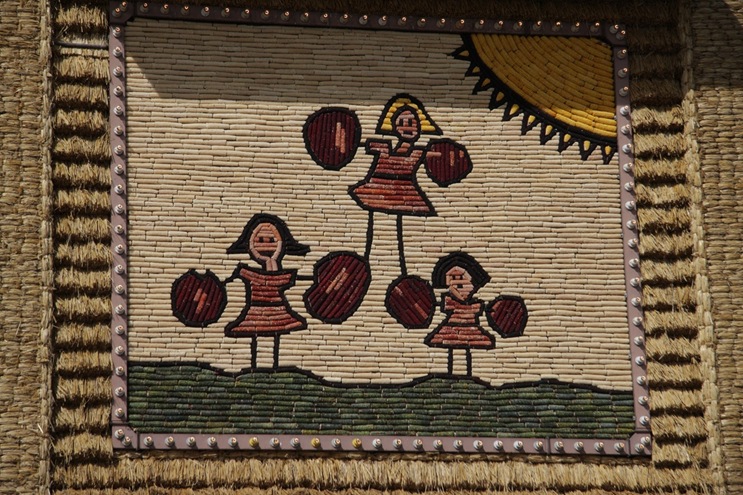 On the inside is a basketball court and bleachers and more murals. 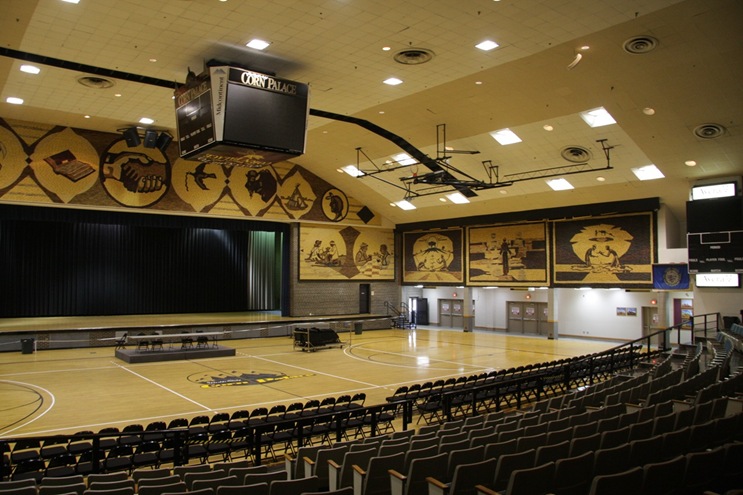 We had to buy some popcorn. 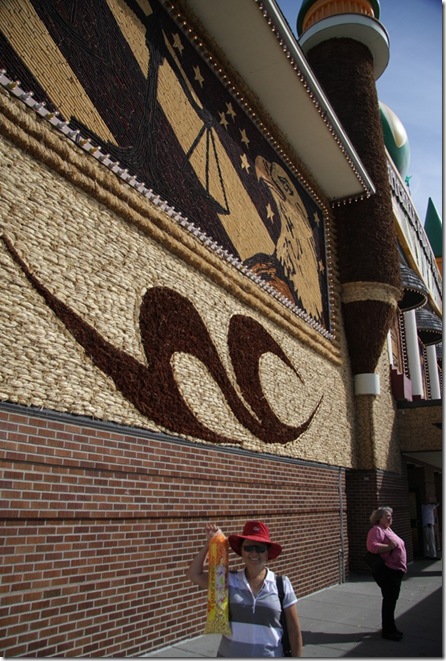 Tonight we are Wal-Mart “camping”. 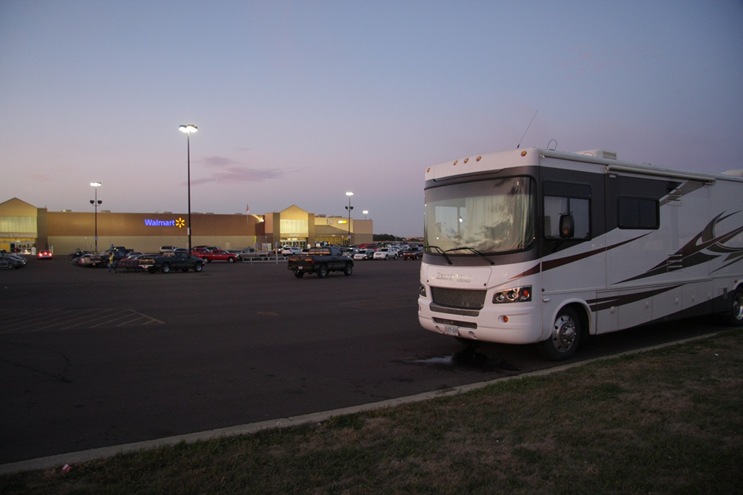 On another note, all trip we have been wondering where the Canadians are. We like to watch license plates on the road and in parking lots. Up until last week we had not seen a single Canadian plate from east of Alberta. We see all kinds of American plates from the eastern states so it is not just the driving distance.

At a lot of the ranger talks in the parks they ask where everyone is from. Not once has there been another Canadian.

Even in Washington state we would only see the occasional BC plate and we have seen less than 10 Alberta plates, no Saskatchewan and last week  1 Manitoba, 1 Quebec, 6 Ontario motorcycles, 1 Rv and 3 cars. Nothing at all from father east. Where is everybody?