Since we had not done much walking in the last few days we found another land preserve with some trails. We had driven by Dodge Point Preserve several times and there were always a lot of cars so I hoped it would be interesting. It turns out that there were a lot of cars because it is a convenient location for walking your dog. It was a nice 6 km loop walk in the woods but we could have been walking near the cottage at home. 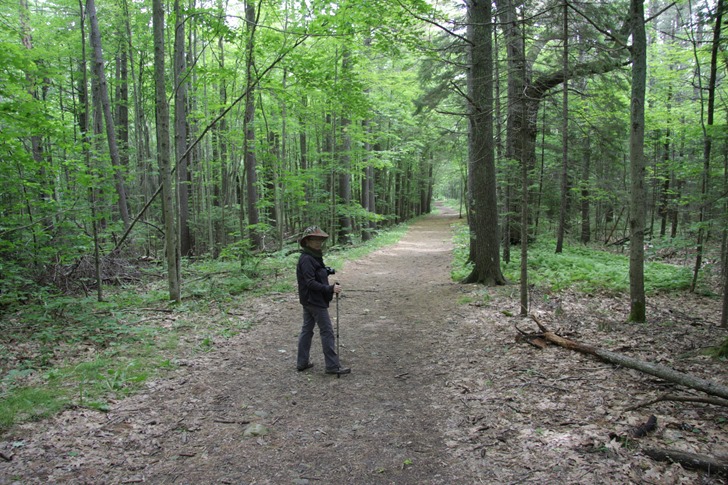 This little pool had a bunch of turtles out sunning themselves. 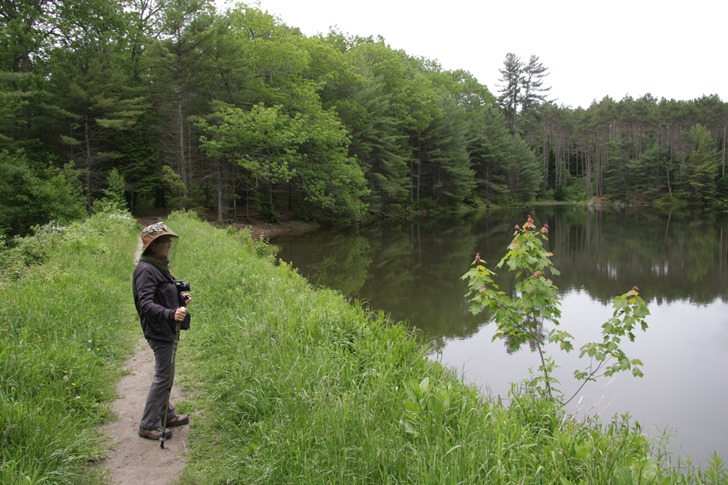 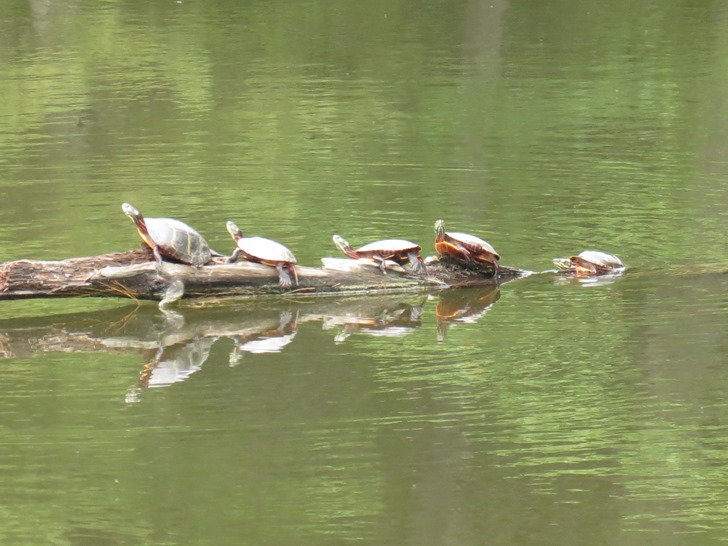 We popped out of the forest on a couple of beaches by the river. Jennie collected some more rocks. 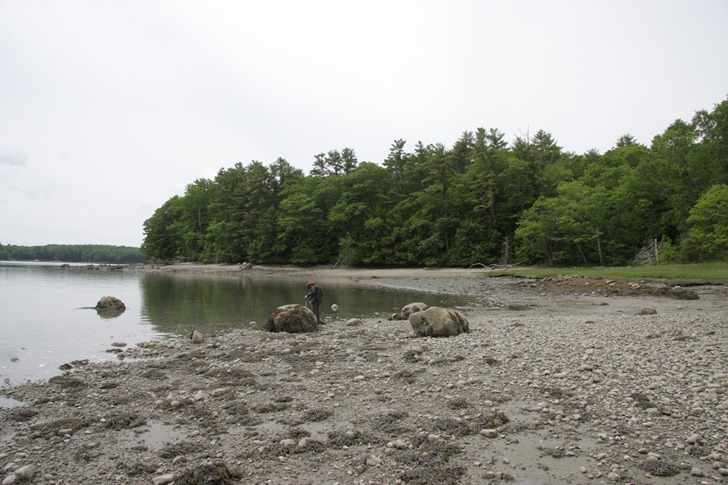 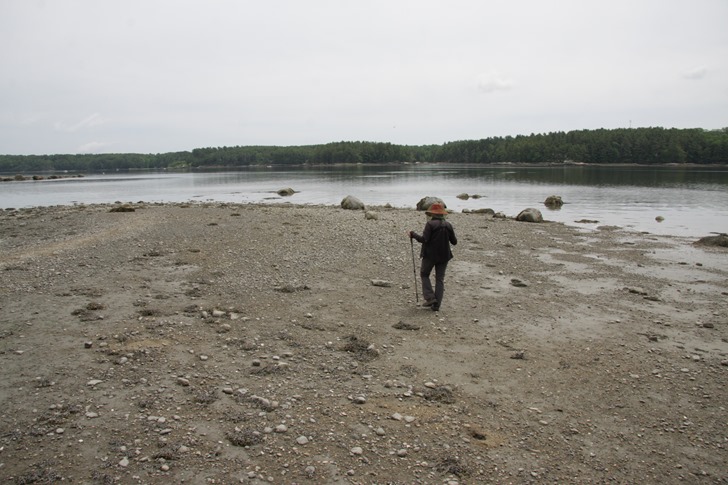 We saw a bunch of horseshoe crabs. Some on land. 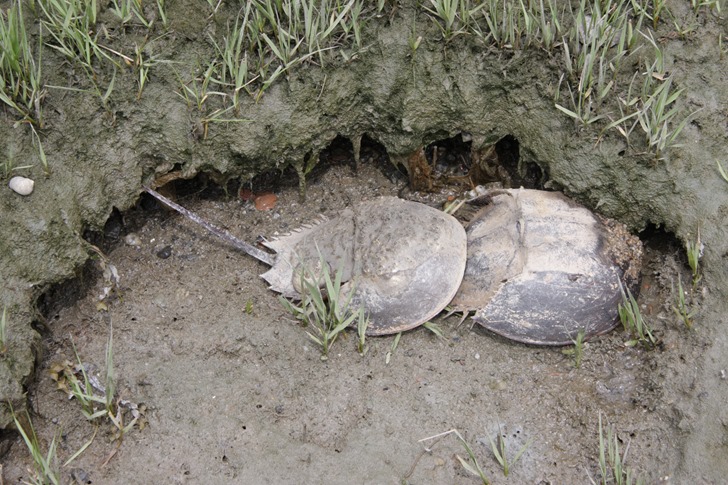 And some in the water cruising around. This one was about the size of my hand. 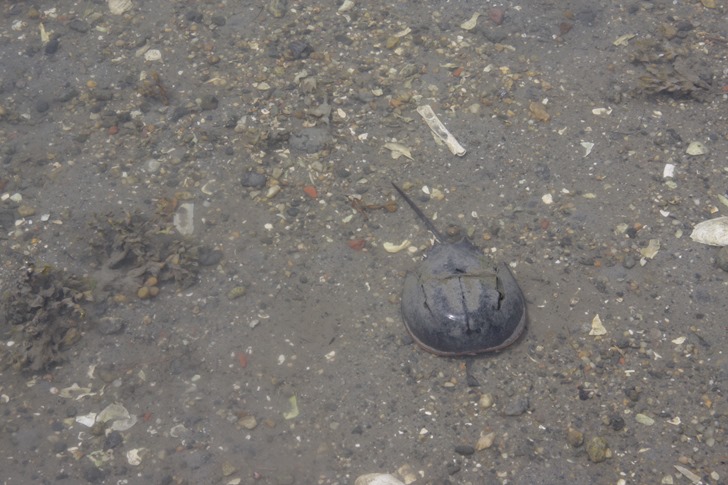 It looked like the big ones were hunting these little hermit crabs. 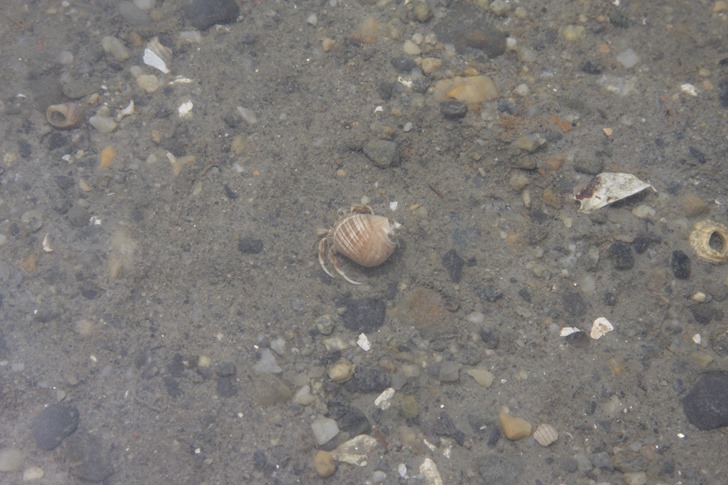 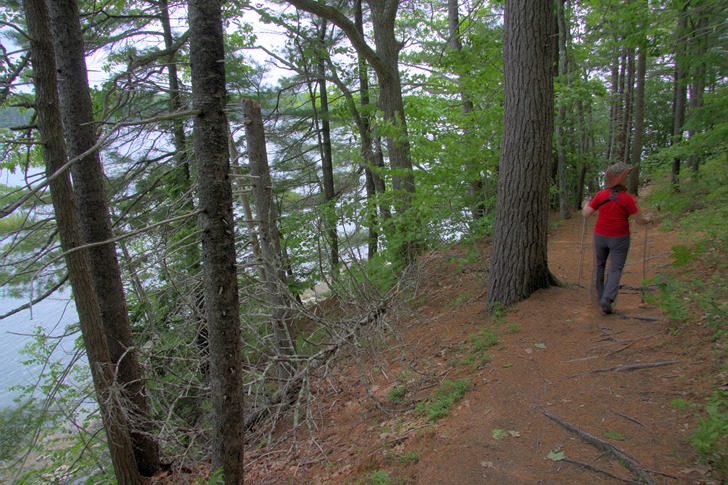 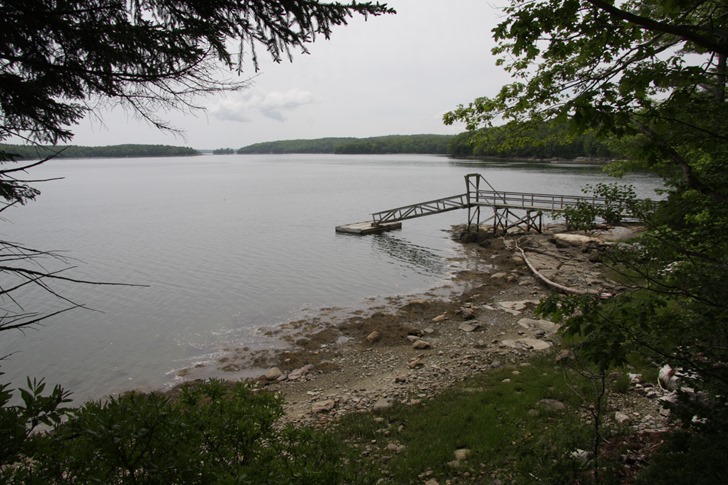 The way back was an old farm road. We were hot and tired by the time we got to the car. 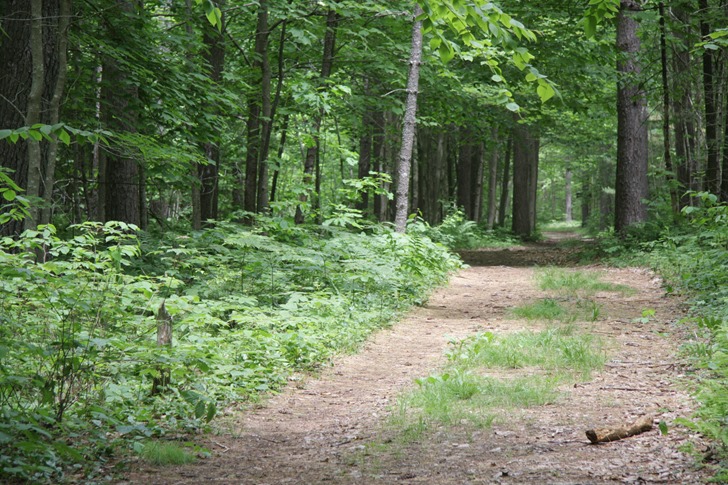 There were lots of lady slippers along this section of the trail. 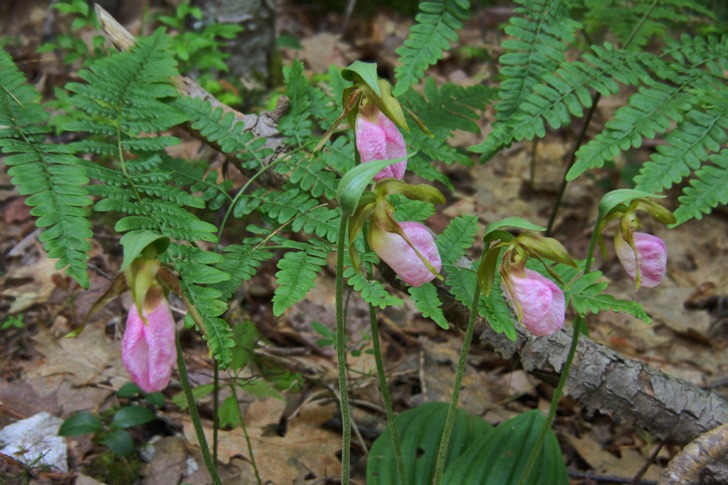 We stopped back at the RV for a pit stop and to have lunch. Then we headed to Southport Island, just south of Boothbay Harbor, to catch the last on our list of local lighthouses. Hendrick’s Head Lighthouse is privately owned and we could only get as close as this beach. 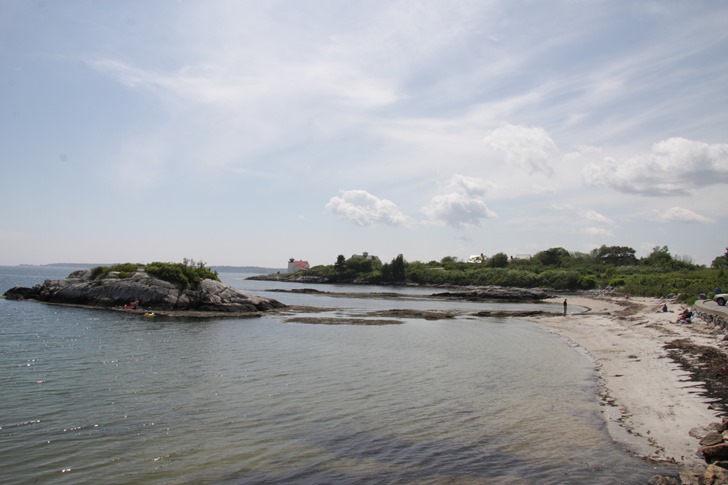 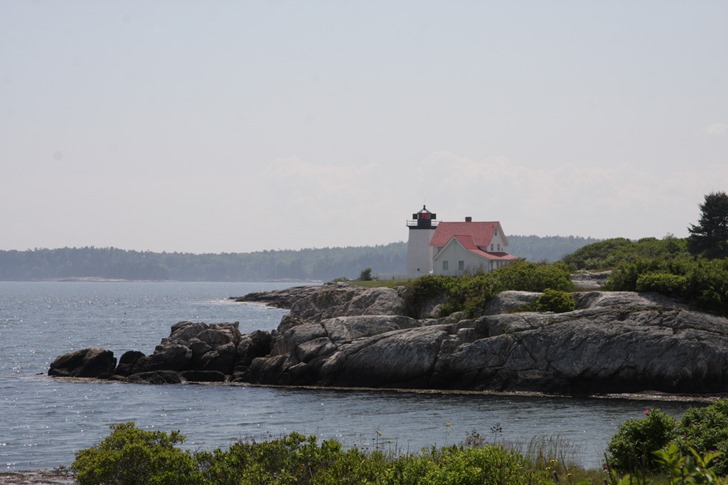 We wandered the beach for a while and Jennie did some more beachcombing. 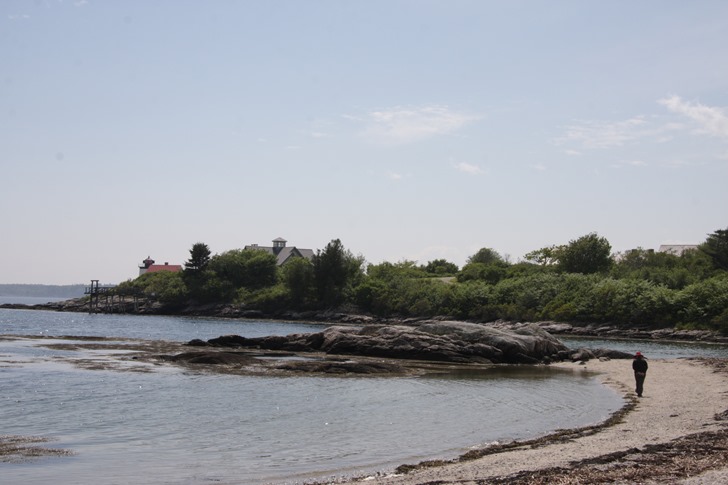 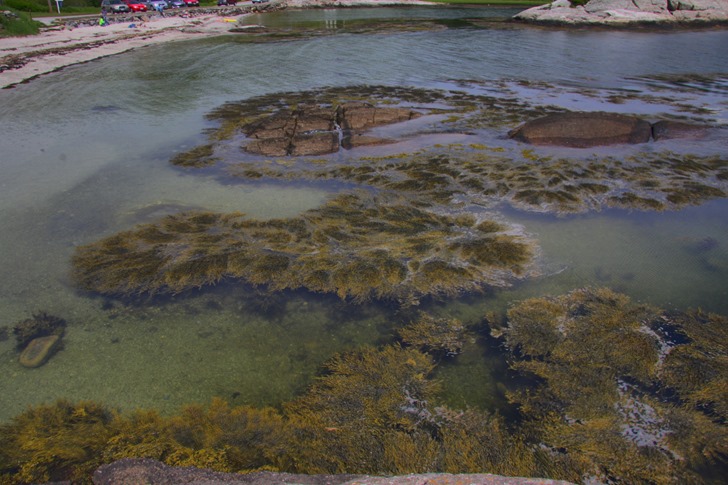 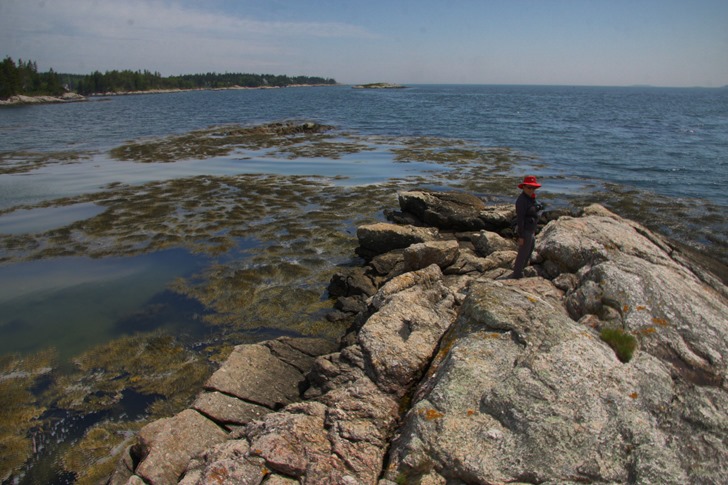 Next we headed on to the southern tip of the island. 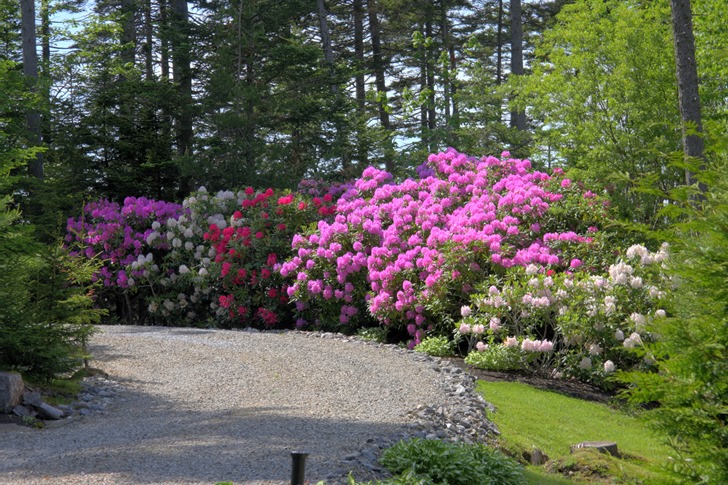 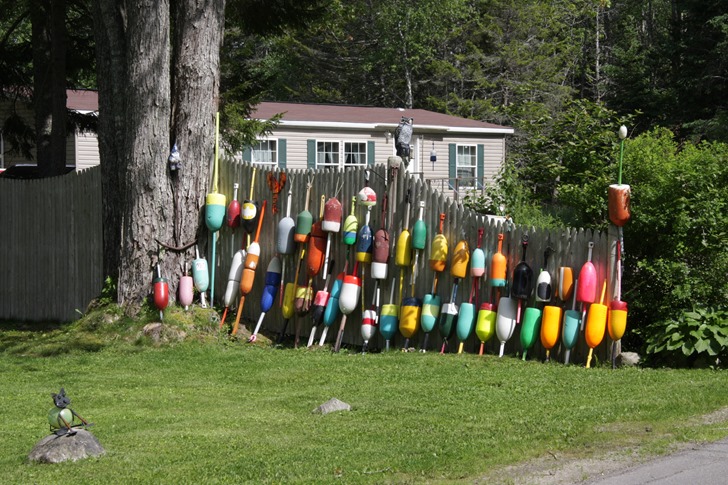 We stopped at the small harbour at Newagen. 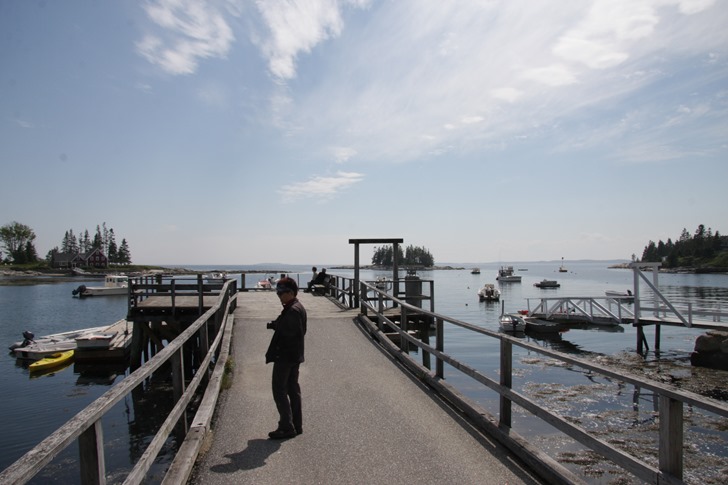 It gave us a close up view of the Cuckold’s Lighthouse that we had seen far off in the distance yesterday. 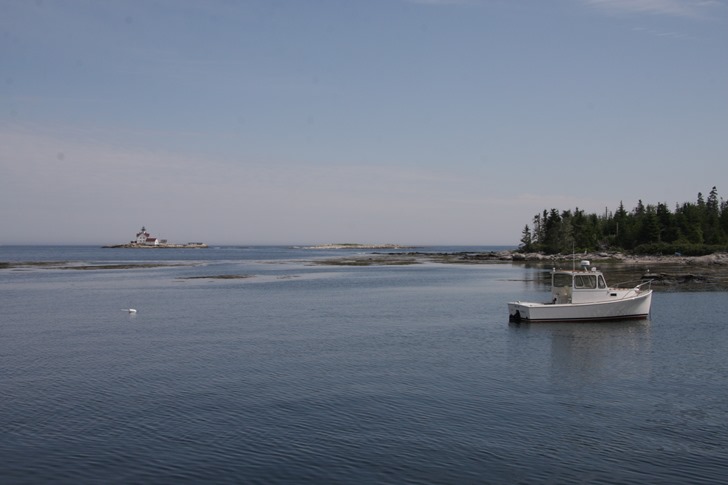 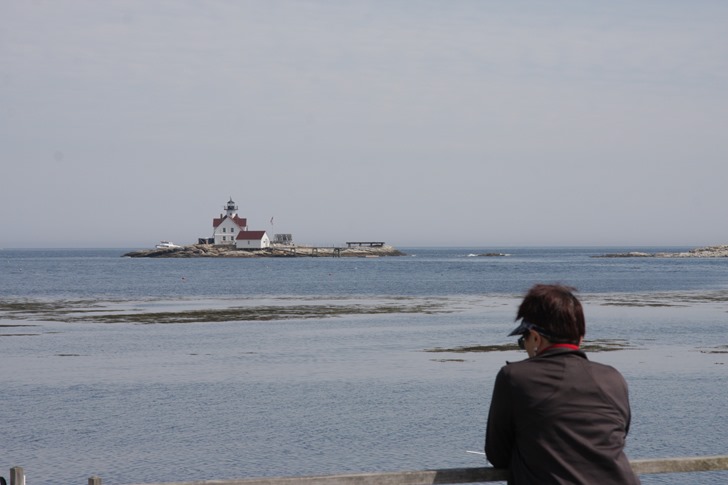 Then back to the RV for a nap.