It was a mostly boring day with a few moments of excitement.

We had originally planned to go for a bike ride in Franconia Notch State Park but today’s forecast called for thunderstorms around 10am and 2pm. We don’t like biking in the rain. It was also very hot and humid again so we just hung around the RV all morning.

The first storm came through about 1pm. It was over pretty fast and then it got nice and sunny. Just to escape the RV for a while we just went over to a small cascade that was close by. It was also a lot cooler by the water. 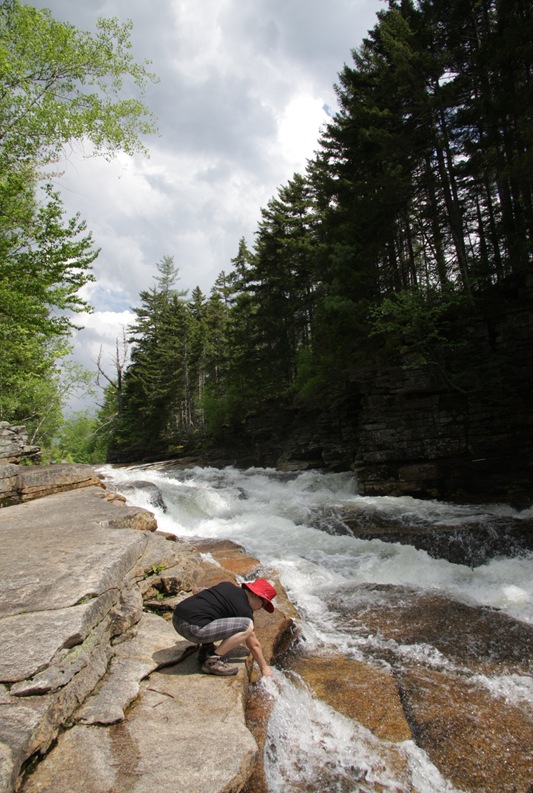 The water actually didn’t feel too cold. I don’t think I could have gotten in but some other people did. 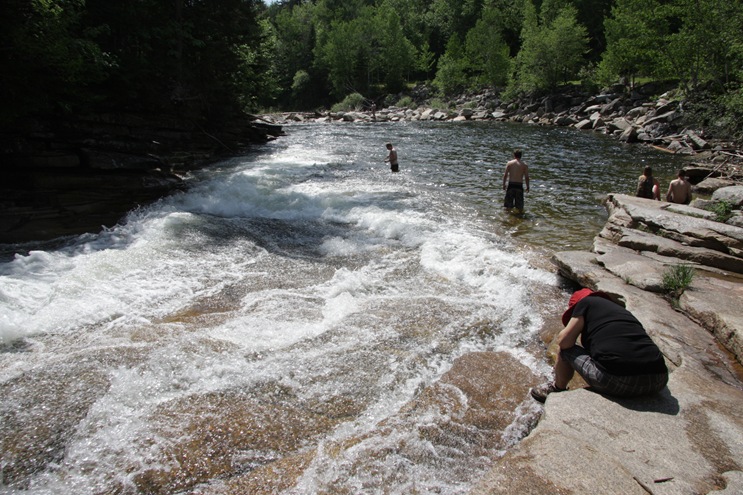 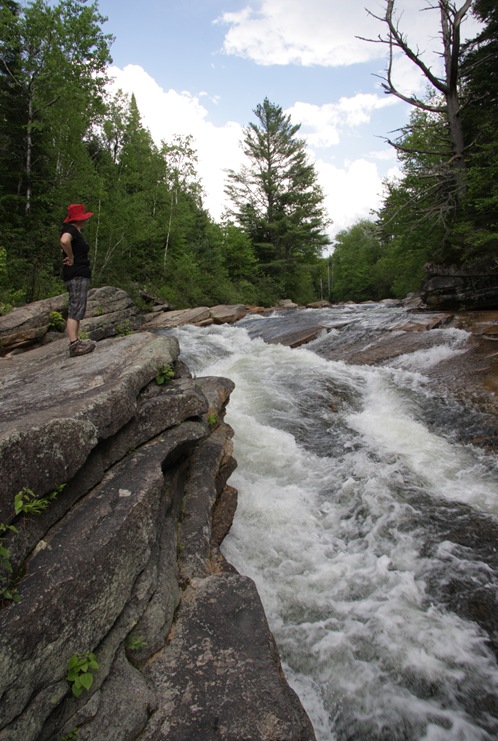 The skies started to darken again so we headed back. 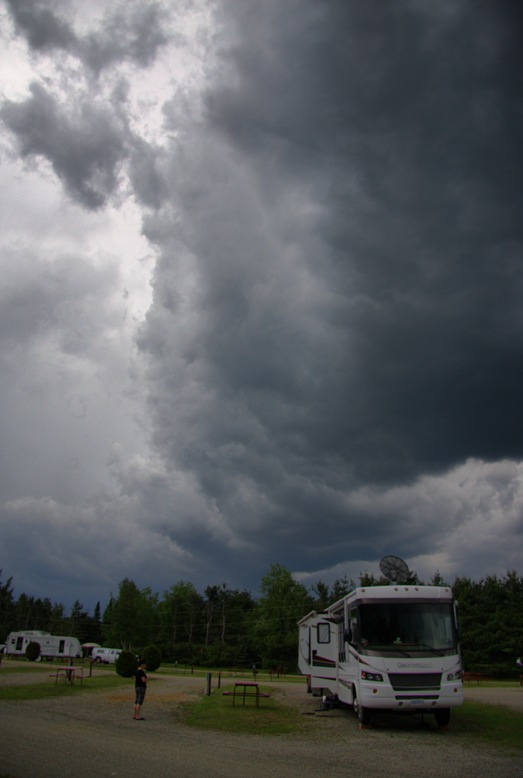 Although it is kind of a stupid thing to do when a thunderstorm is coming, we noticed that the pool was finally open. Since we are leaving tomorrow, we quickly went over to check it out. We didn’t stay long, although the pool was warm enough that I could probably have gotten in. 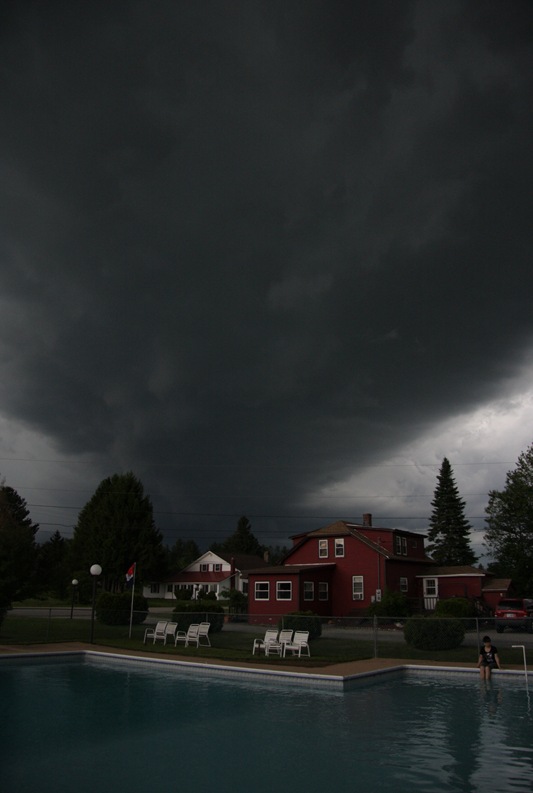 There was bright sky on either side of this ominous band of dark clouds. Unfortunately the long axis was moving right at us. 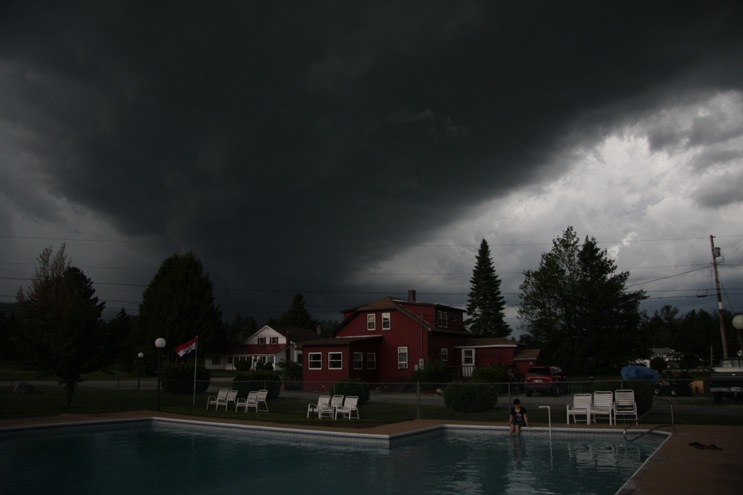 We retreated to near the RV to watch the lighting for a while and then went quickly inside when the rain started. Buckets of rain, high winds, hail, lots of thunder and lightning. The RV was rocking and rolling for about 10 minutes. The hail had me a bit worried but it stayed small enough to not do any damage. Then it let off to just a solid rain and a bit of lightning every few minutes, for the next few hours. 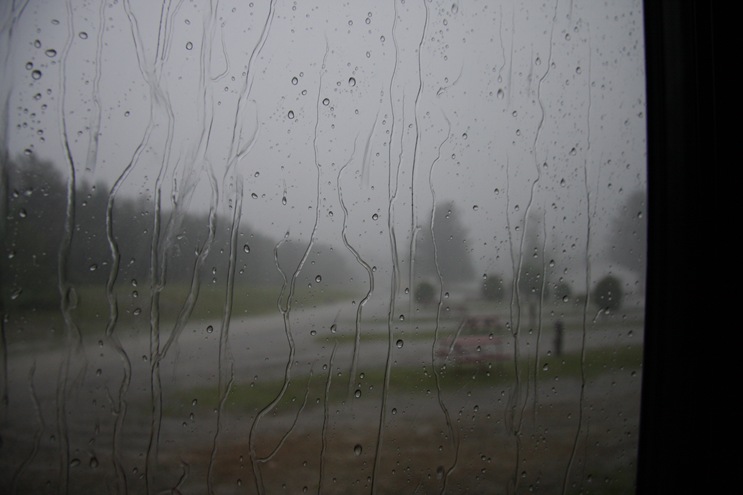 Now at about 8 pm we are back to sunny skies.

We are off to Maine tomorrow.