Yesterday was very rainy so we just settled for doing some shopping. Jennie at Walmart and me at Lowes. I had wanted to get  a better desk for myself. I had a small adjustable table and it was just not big enough. 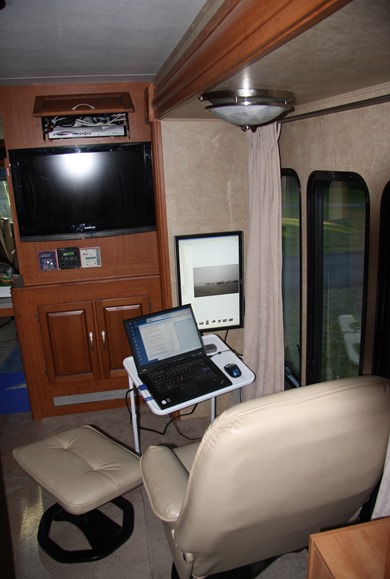 I tried to find a small desk but nothing worked because my work area is in a part of the RV that slides in when we are on the road and the legs shouldn’t straddle the moving and non moving parts of the floor. So I just bought some wood and made this. It looks a bit weird but it is supported by two large L brackets underneath the big monitor. 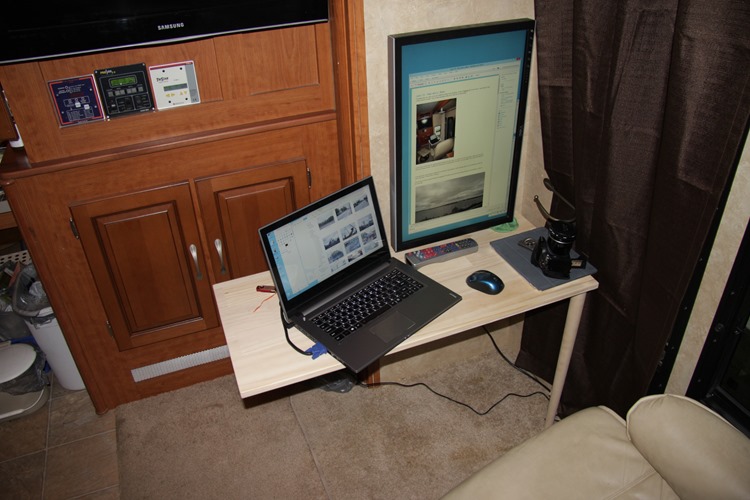 It had rained very hard during the night but this morning it had stopped. It was still pretty gloomy so we decided to make the trek to the main LL Bean store in Freeport.

On our way we drove through Portland and stopped at the point across the bay from Bug Light that we had ridden our bike to the other day. 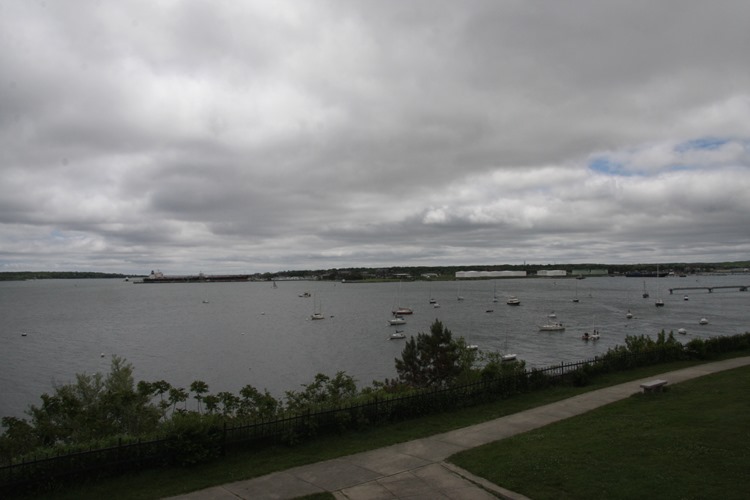 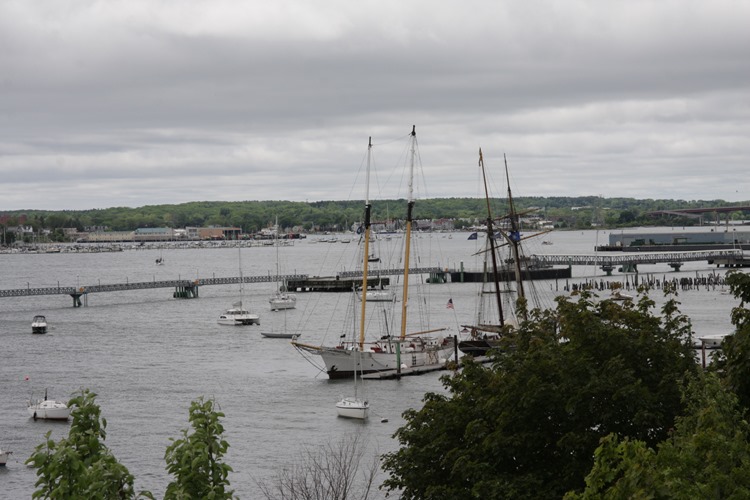 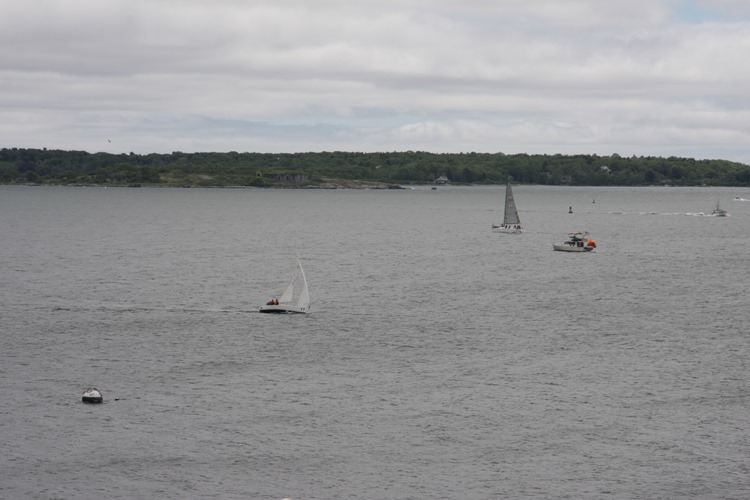 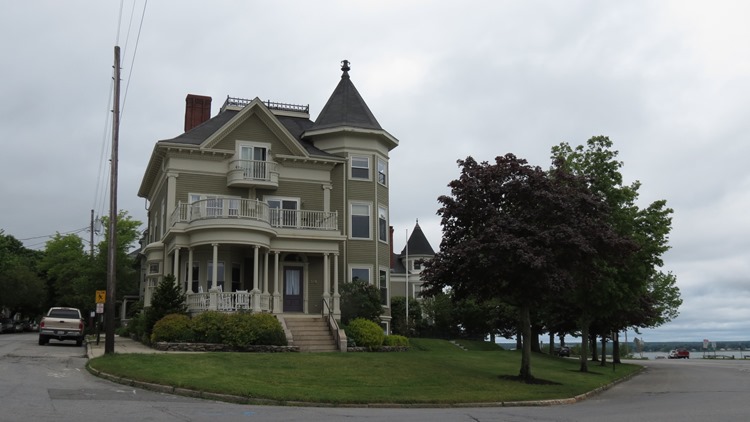 Onwards north. Freeport is dominated by the LL Bean stores. They have many building specializing in different sports.

Our first problem was finding a place to park. They have several huge parking lots in town. From Google Maps I would estimate there were about 800 spaces and they were all full. We forgot that it was Saturday. He had to cruise around for about 15 minutes until we finally snagged one. 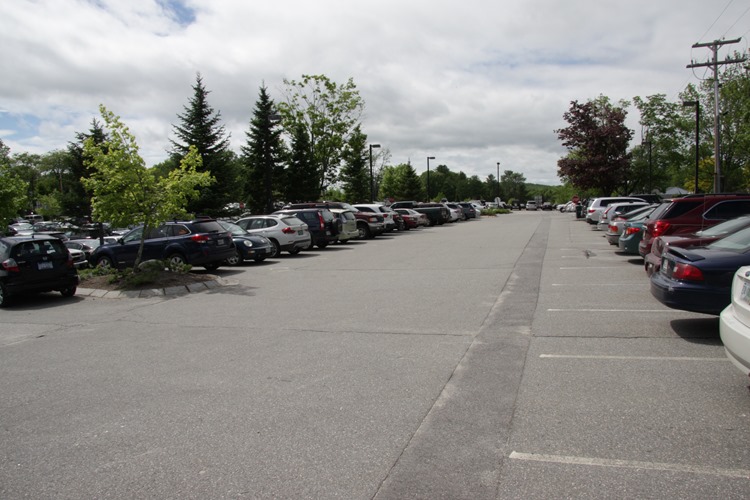 I never did get a good picture of the main store and I never saw the giant boot. 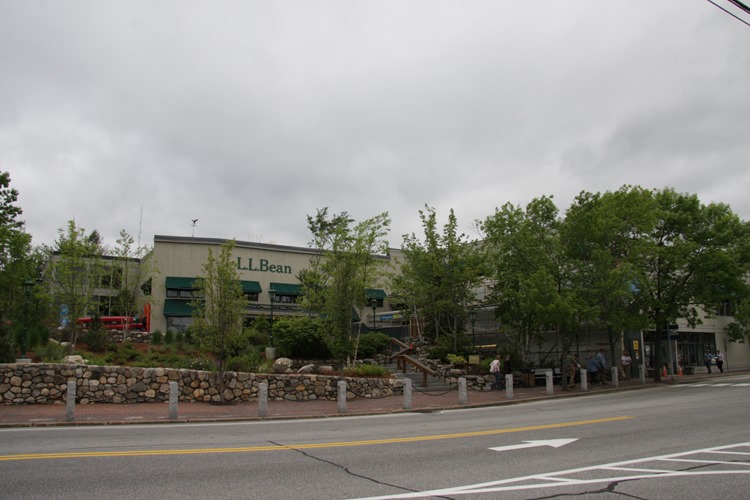 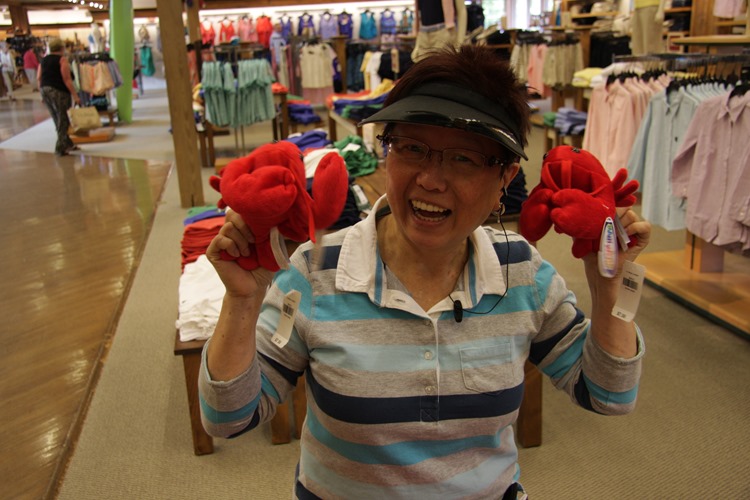 After walking though some of the buildings we walked around town a bit. There were a bunch of other high end outlet stores but we didn’t bother. We did partake of a lobster roll at one of the restaurants. 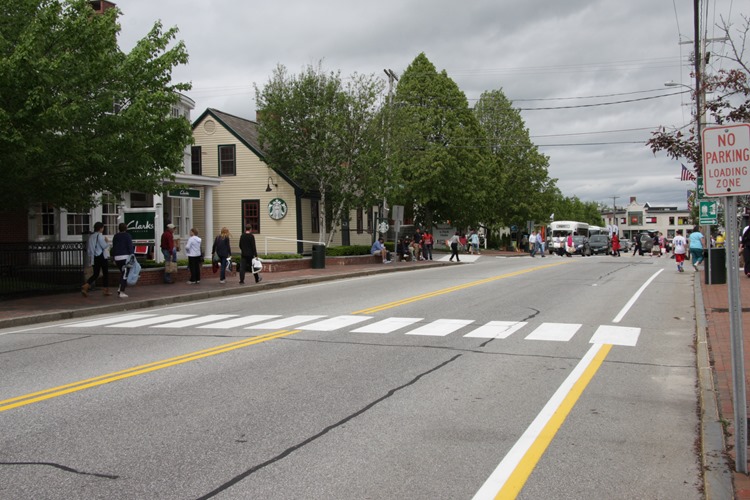 We got back near the RV about 4pm and decided to take a quick look at the now open amusement park at Orchard Beach.

It was pretty empty and most of the rides only had one kid on them. 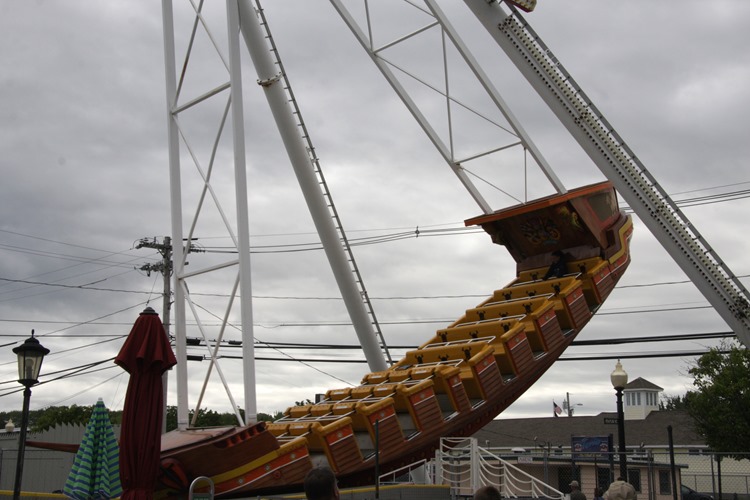 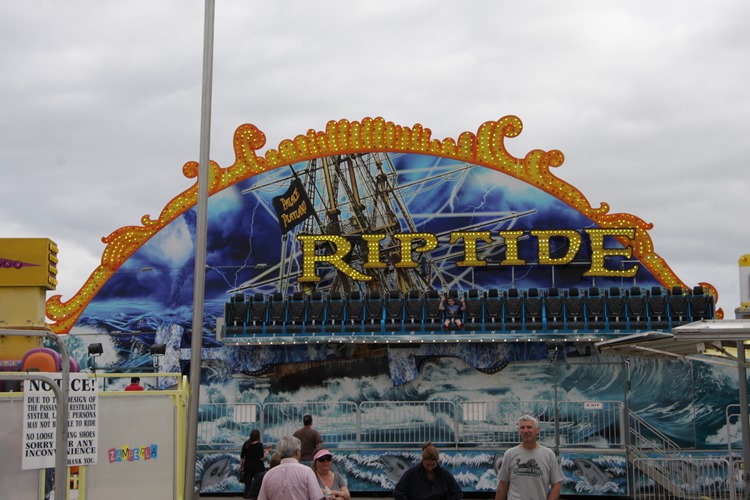 This little girl was so excited. 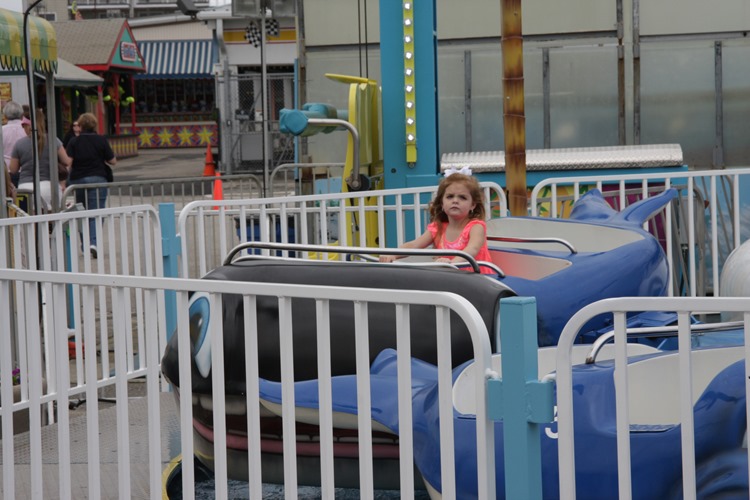 There was no way you would get me on most of these. I like roller coasters but get sick on the ones that spin you about. 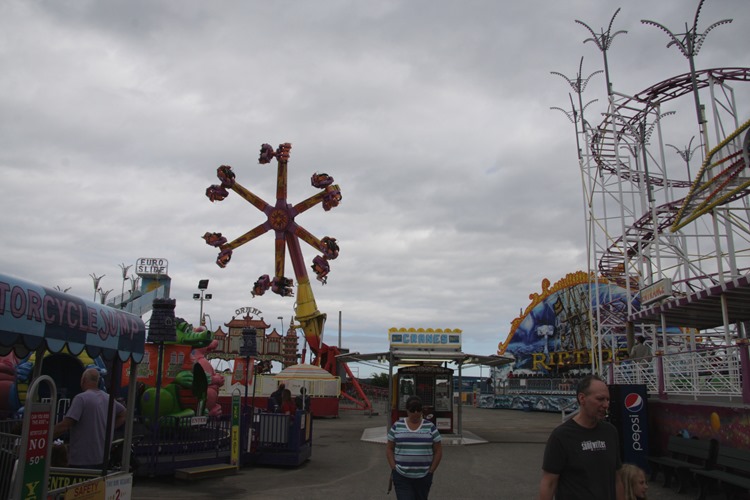 It must have been training day because it seemed like there were more staff (in the red shirts) around than customers. 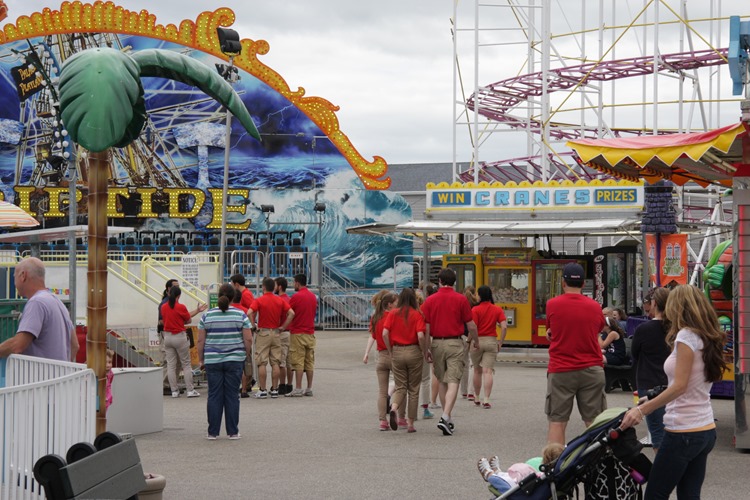 We went out on the now open pier as well. It was pretty seedy. 50 cents to even use the washroom. 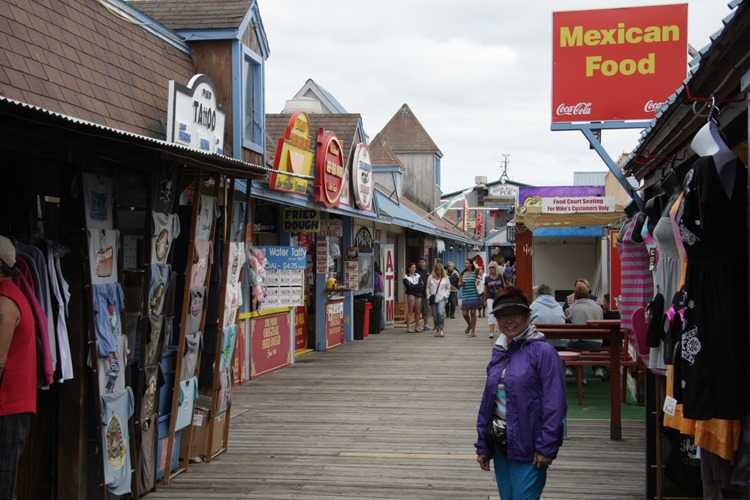 We did a walk out on the beach but didn’t stay long because the wind was blowing and it got a bit cool. 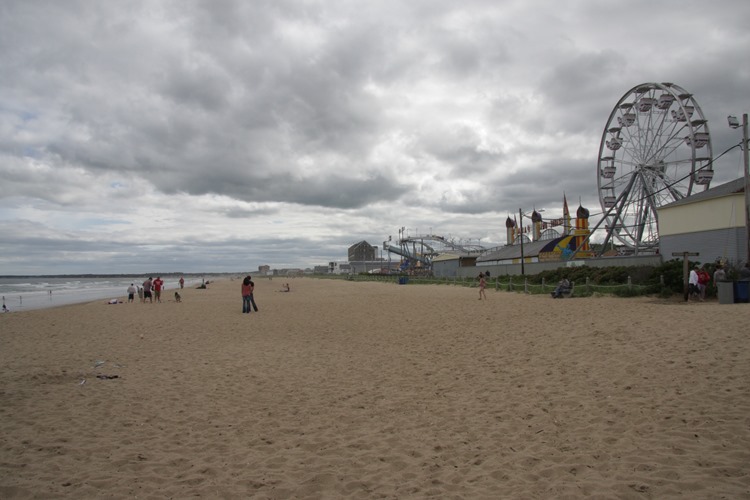 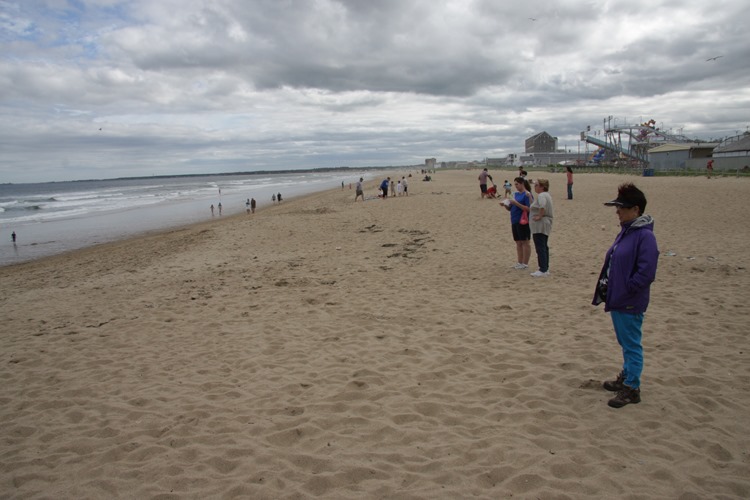 Jennie wanted to have a burger after all the seafood we had had. While we were ordering two guys came to the booth and ordered two large fries. When they came, they were delivered at 4 mediums. We could not believe how big even the mediums were. One of the guys said that there was no way they could or should eat that many fries, and he was a big guy, so he gave us one. We had trouble finishing even that. Crazy portion size. 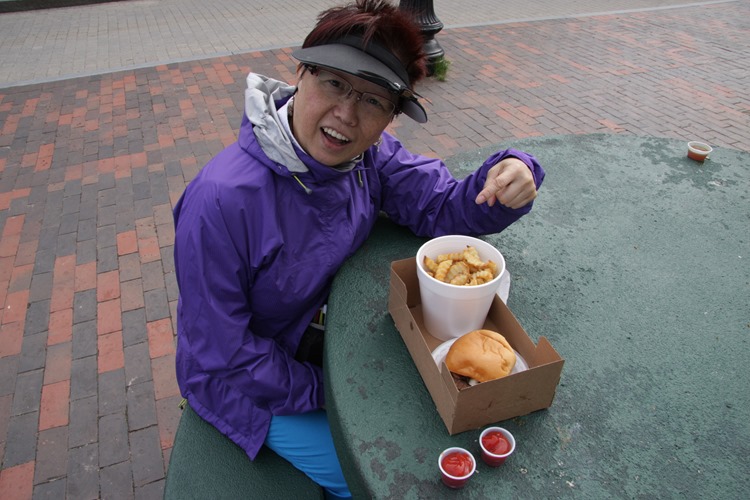 Walking back to the car we saw a Corvette rally coming into town. There had to be at least 30 of them. I only saw one old version but they were all driven by old guys (about my age actually, sigh). 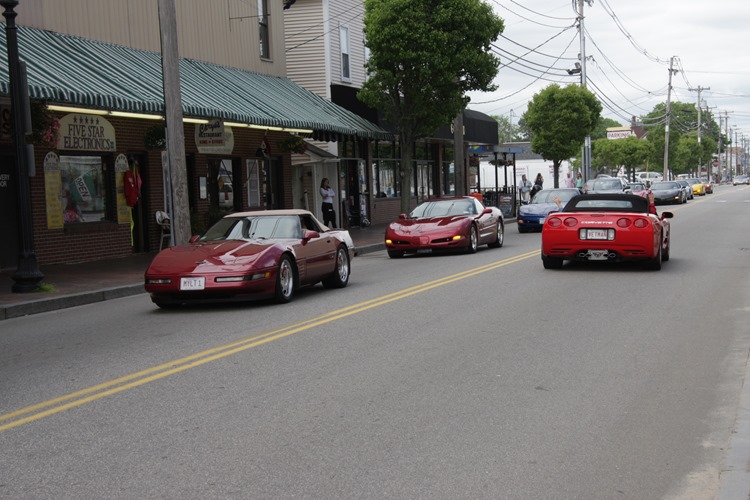