It looked like another iffy day weather-wise. The forecast looked good but when we got up there were a lot of black clouds around. As it is our last day here we headed out anyway.

I wanted to bike at least part of the Waterfront Trail that runs from Niagara Falls to the Quebec border. Most of the trail around here is on the side of some busy roads. The section that runs from Gananoque to Brockville however has a separate paved path that runs beside the 1000 Islands Parkway. We rode the part from Ganonoque to Rockport for a 40km round trip.

We parked in a Park’n’Ride lot just off the 401. Just as we had the bike ready we saw a few drops appear on the seats. Decision time. Since we were here and ready we just packed some extra rain clothes and headed out. We were glad we did because for most of the ride it was nice and sunny.

The initial 6 or 7 km were kind of narrow and a bit bumpy. It certainly wasn’t busy. Altogether I think we saw 8 other bikes. 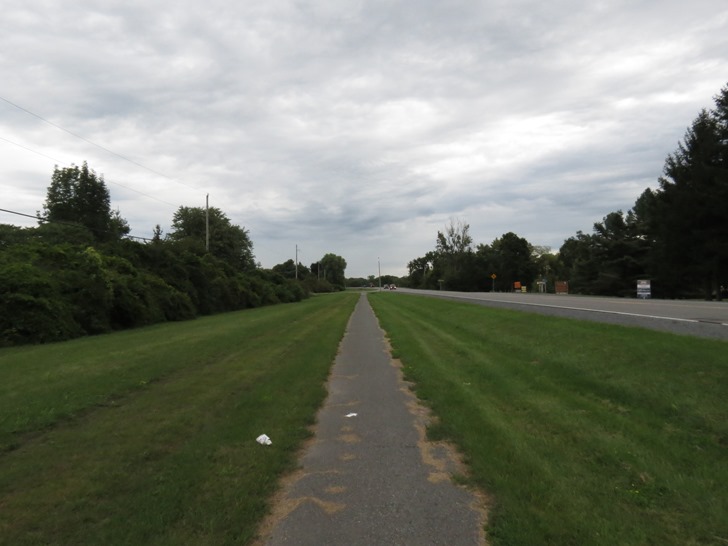 The rest of the way was wide and smooth. 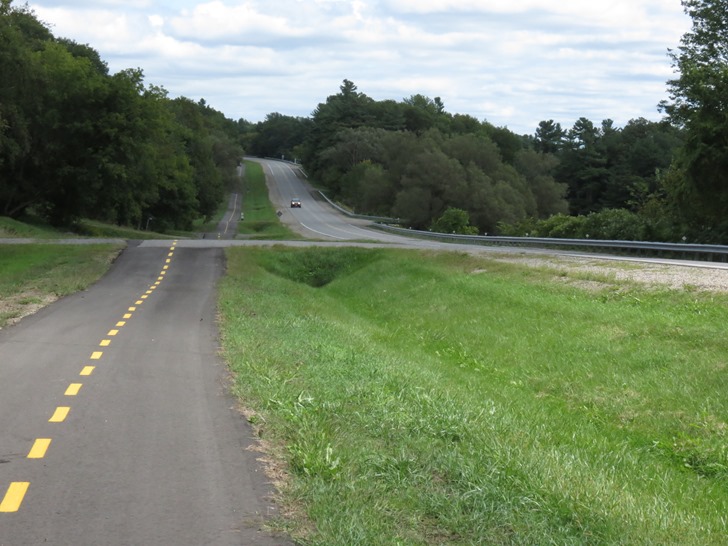 We just wished it was on the other side of the road closer to the water. There weren’t a lot of views to begin with but to have to stop and cross the highway to get to them was a pain.

We did see a lot of big houses. This one was a B&B. 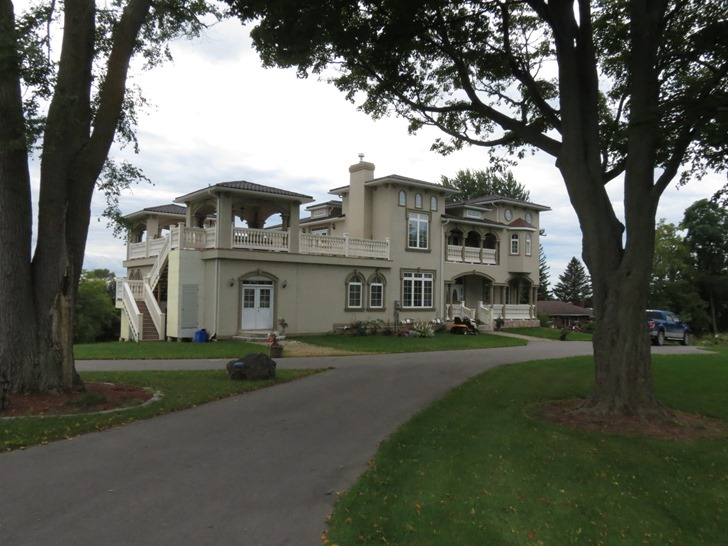 At our first stop we took a short side road into the village of Ivy Lea and found the wharf. 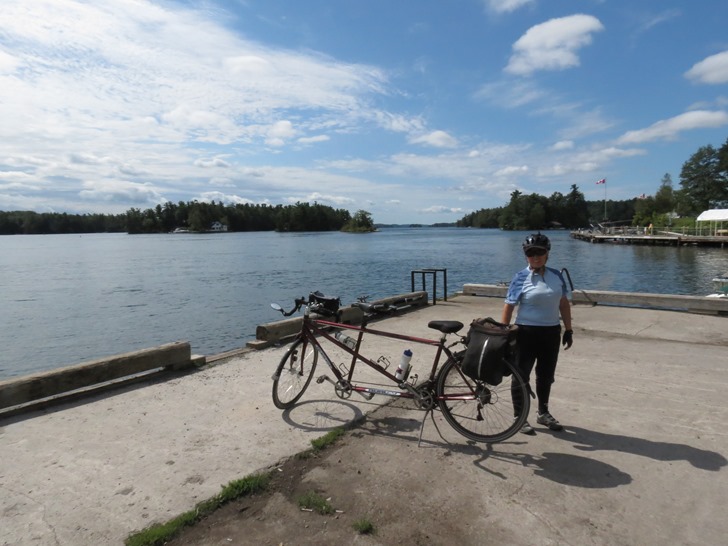 The international bridge and the observation tower were off in the distance. 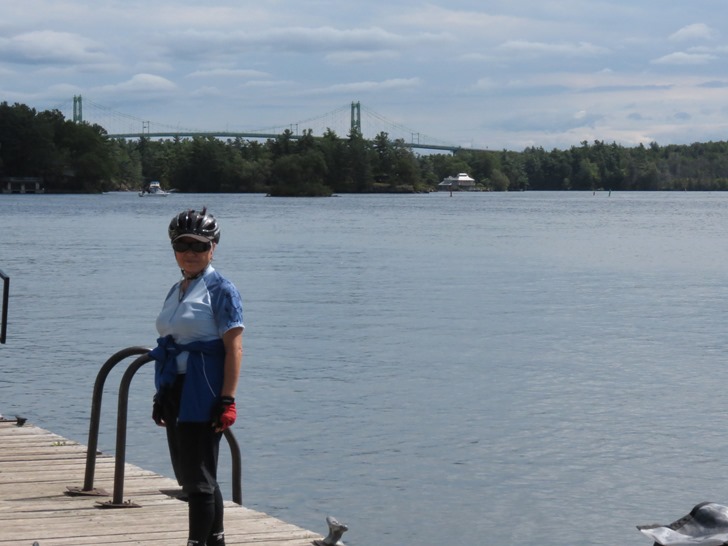 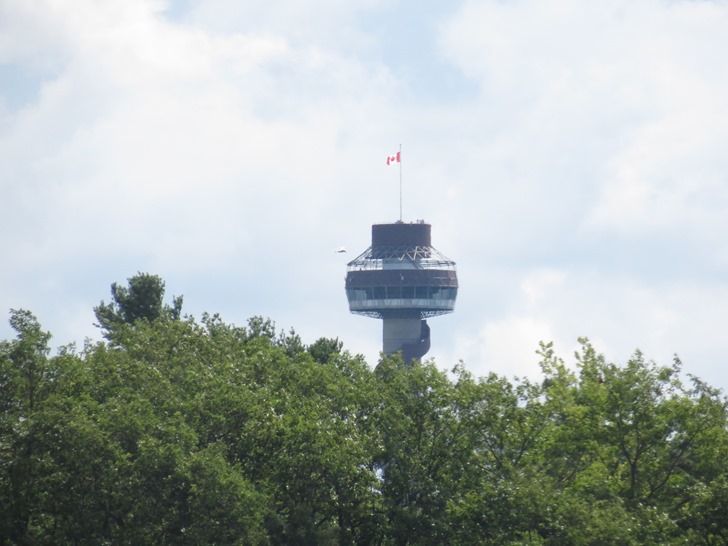 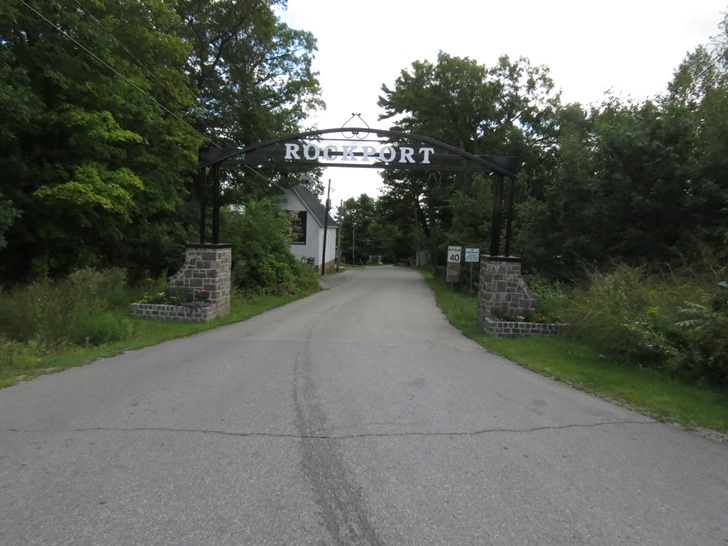 A bunch of the shorter Thousand Islands cruises start here. I guess the tour companies like these trips. 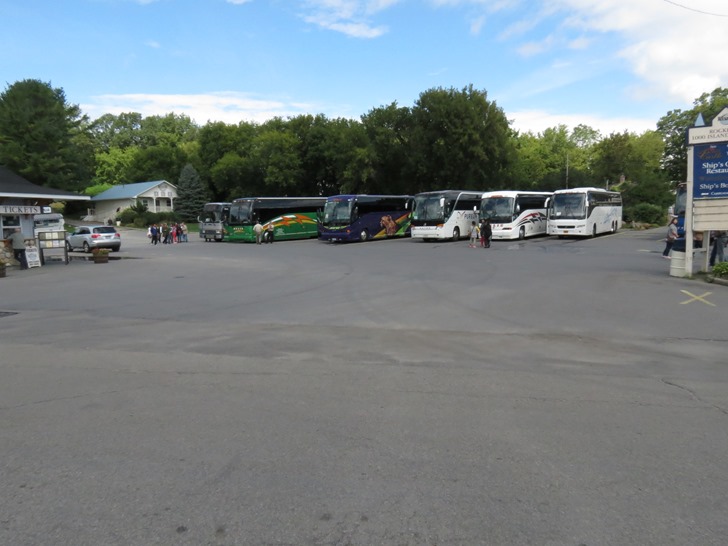 When this boat came in all the announcements were in Spanish. 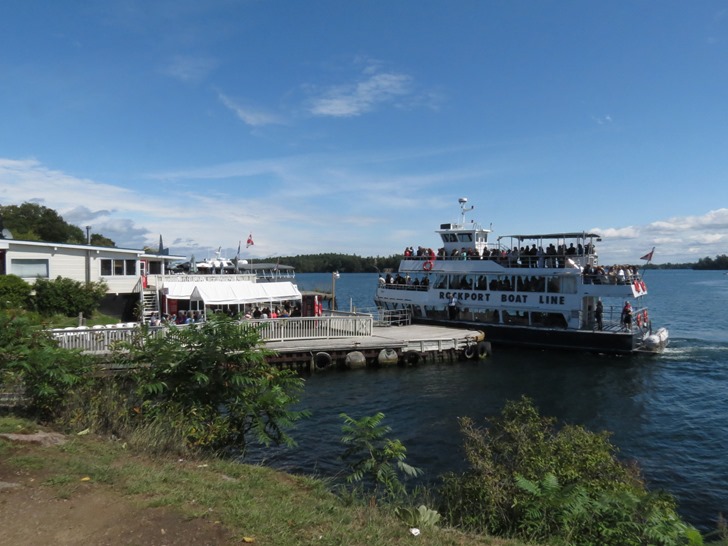 We found a small park overlooking the water for our lunch. 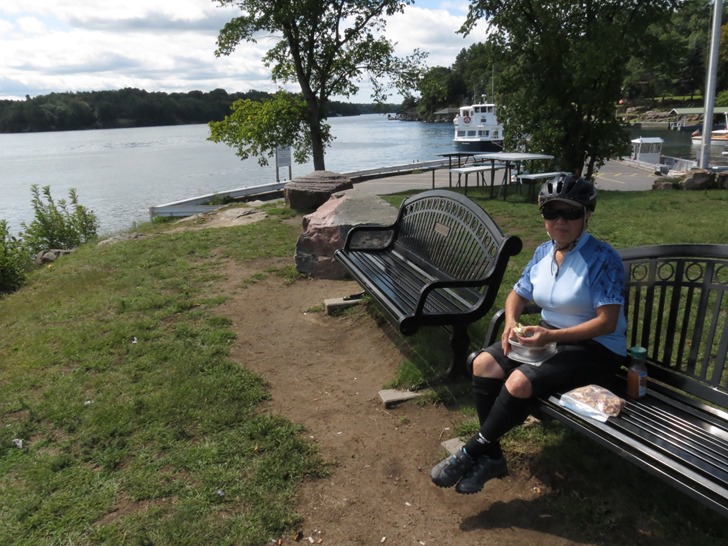 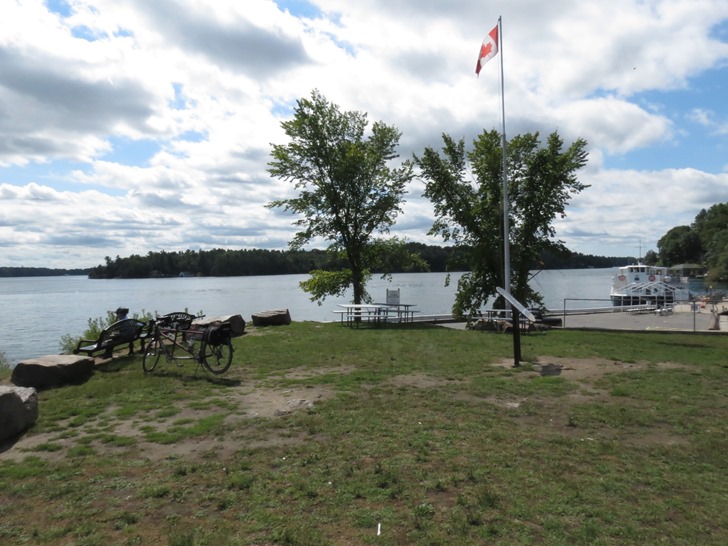 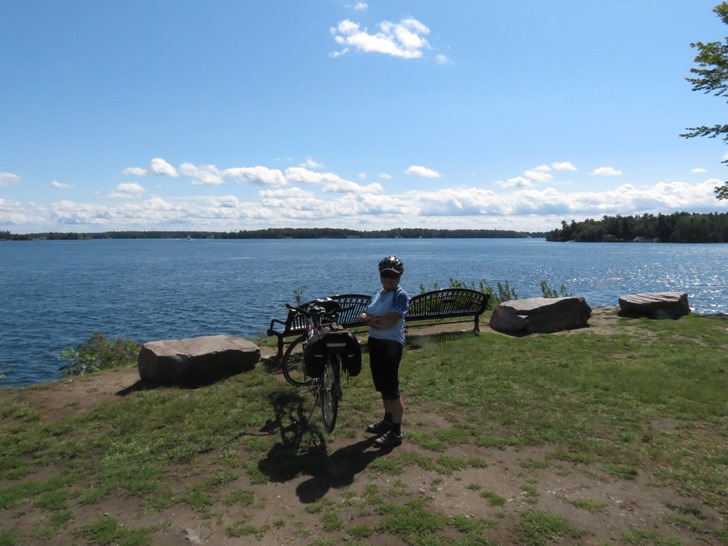 We had been hoping to see a freighter on our trip to Boldt Castle but we did see one today. 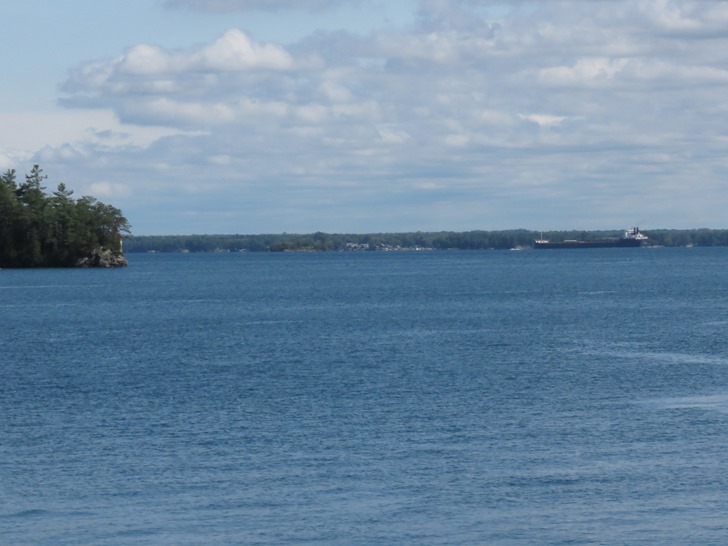 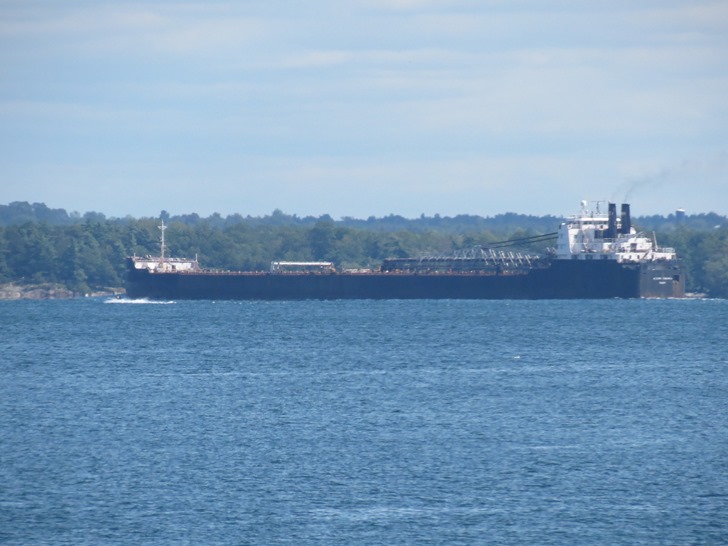 An interesting mural on one of the buildings in town. 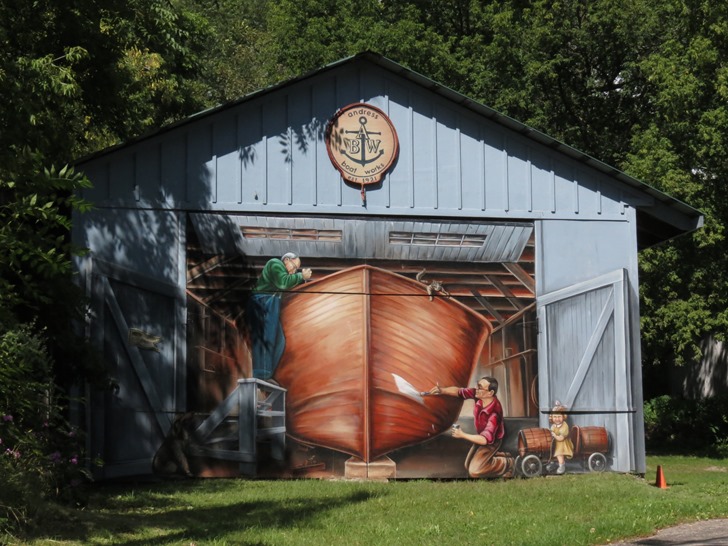 As we were leaving Rockport we saw one of the Uncle Sam tour boats going by. 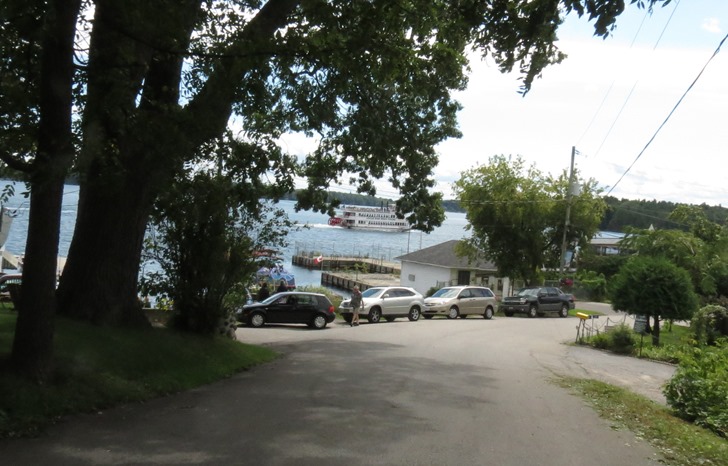 We seemed to follow it from viewpoint to viewpoint as we headed back. The viewpoints themselves were not great. 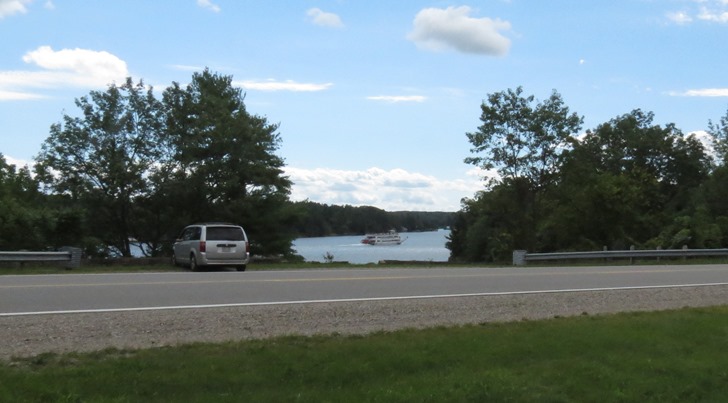 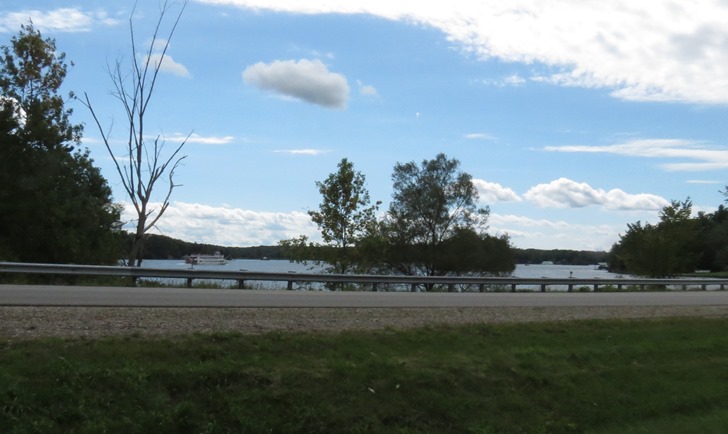 We had seen some huge gates off the highway so we stopped to see what the house was like. Wow. 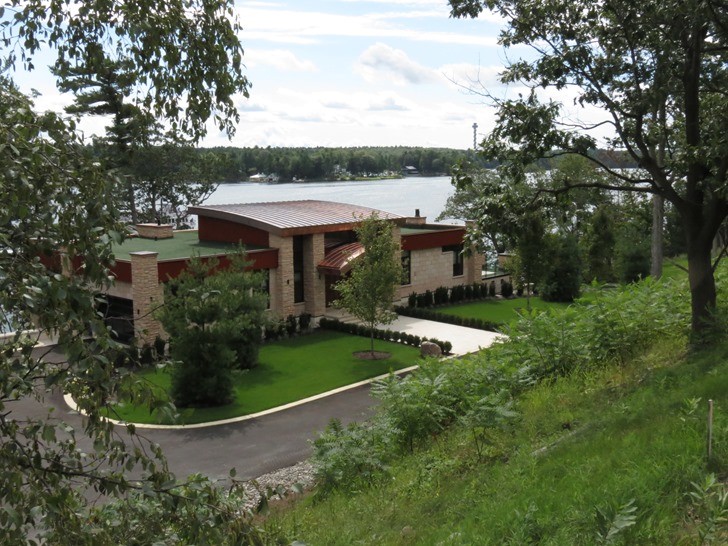 And there was Uncle Sam again. 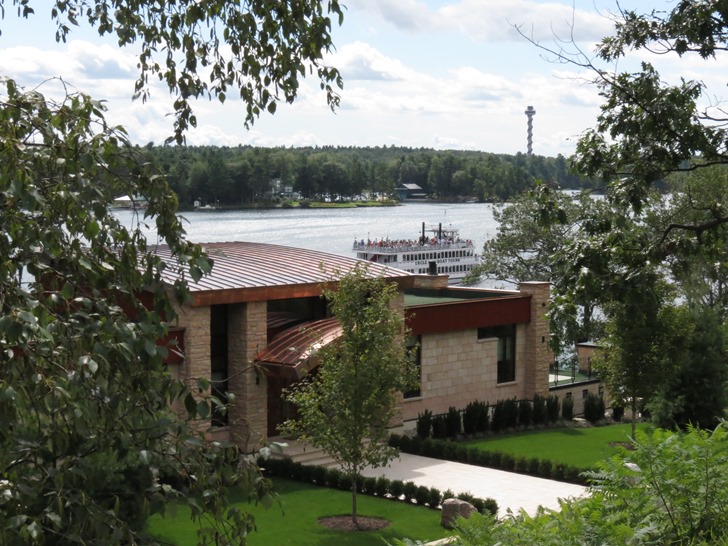 We stopped to check out all the sunflowers around the gates to this campground. 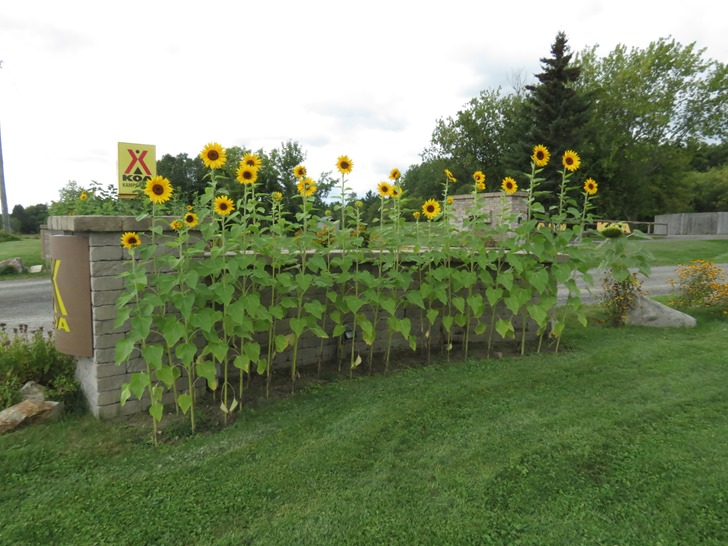 Some of the really large ones had already lost their petals. 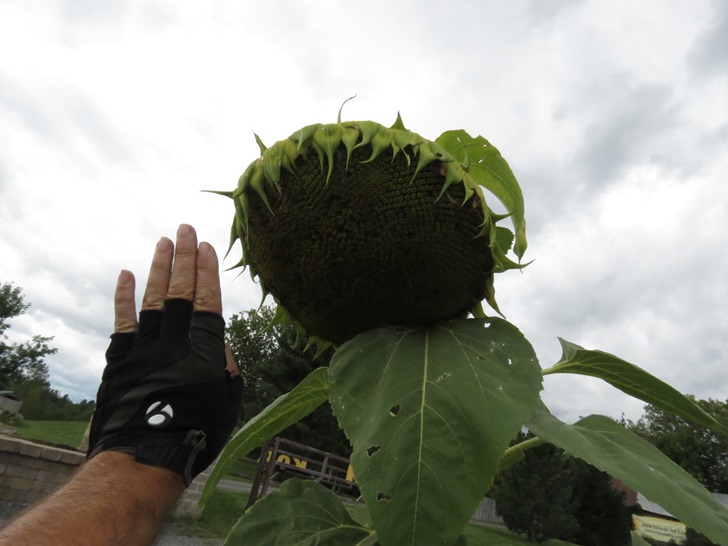 I had a hard time finding one without a bee on it. 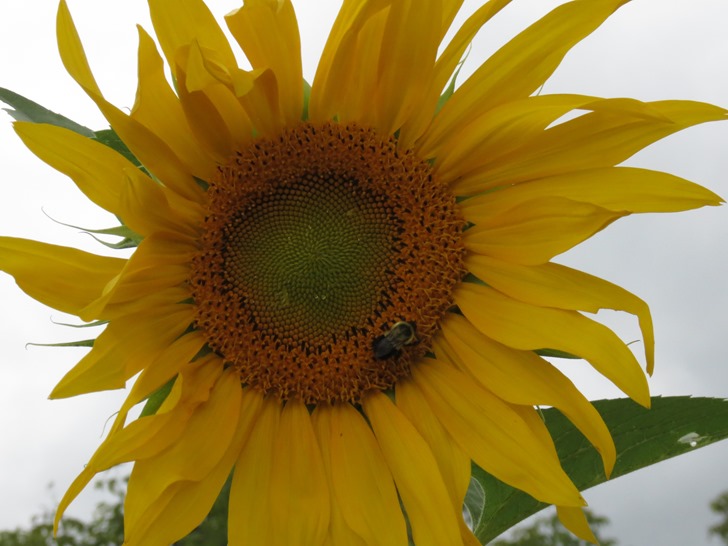 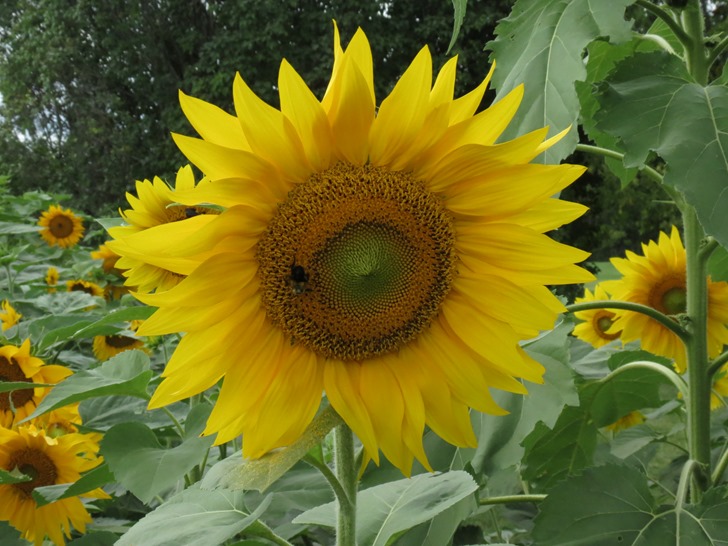 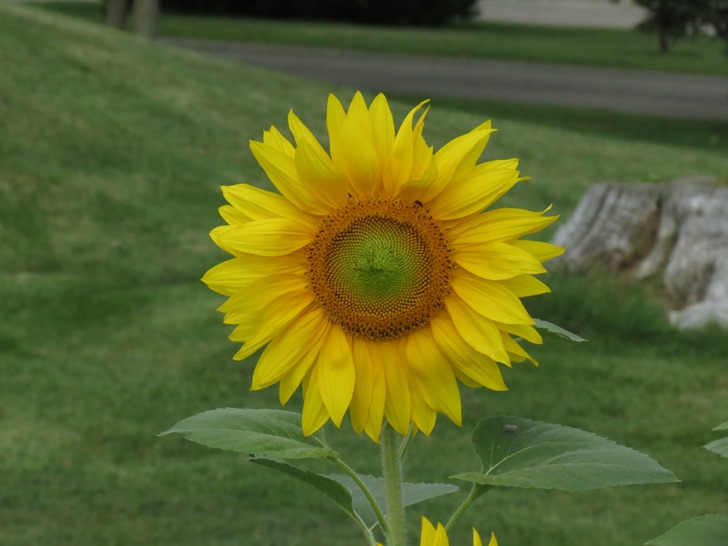 Looking up and into the distance it seemed like we were going to get rained on at any minute. 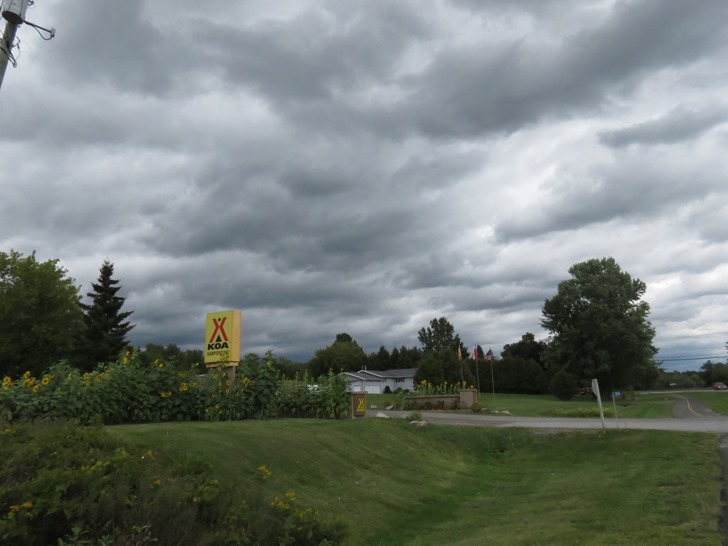 We made a beeline back to the car without any more stops, pedalling a fast as we could. 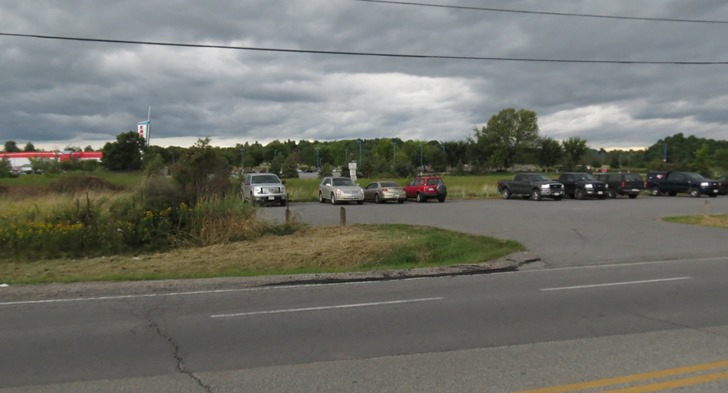 It turned out that we could have taken our time. The sky was all talk (or look) and no action.

Even though it was an easy flat ride, the last mad dash to the car took a lot out of us and we crashed into bed for a long nap when we got back.

The skies are much nicer now. 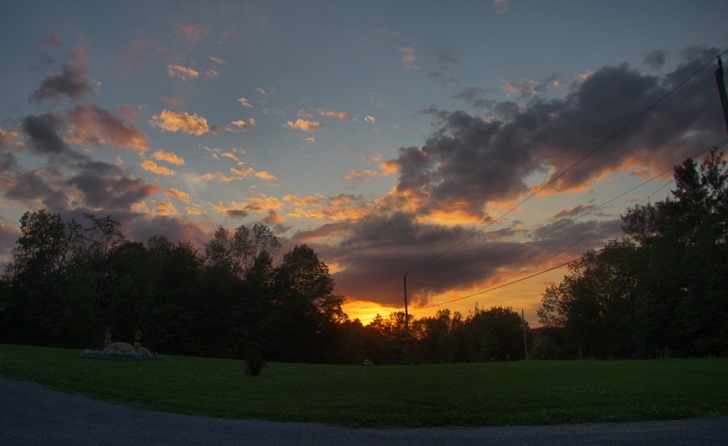 Back to our non-mobile home tomorrow, for a few days.