We decided to drive all the way home even though it was a really long day. We got on the road about 9 am and got home at around 6:30 pm

It was a nice sunny day and for the most part it was an easy drive. The drive through Toronto, however was very slow. Every option to get from west to east was jammed. So close and yet so far!

In the early part of the trip the GPS, in RV mode, again kept taking the long way around what I thought was the fastest way. I wish there was some way so that you could tell why it didn’t take a particular route. I ignored it again and used car mode. We shorty found the reason.

There was a huge red sign over the highway saying “TRUCK WARNING. VERY STEEP HILL”. All trucks were supposed to stop at the top to check their brakes and read an info board. There were lots of curves and runaway ramps all the way down. Also the speed limit for large vehicles was 10 mph. So I just put the RV in first gear and whenever the speed got too high, I put on the brakes. 2 1/2 miles later we we down.

Once we were at home, since we will only be here for a short while, we are still living in the RV. I shut off the TV and internet at the house over the summer so for now the house is only useful for its washroom and unlimited hot water.

On Friday night Jennie saw on the news that there was going to be a Ribfest in Pickering. Being suckers for BBQ, off we went on Saturday afternoon.

There was the usual wall of rib places, all proclaiming the awards they had won at the various ribfests they had been at. They had a tables out from with their trophies, although some of them looked in pretty rough shape. 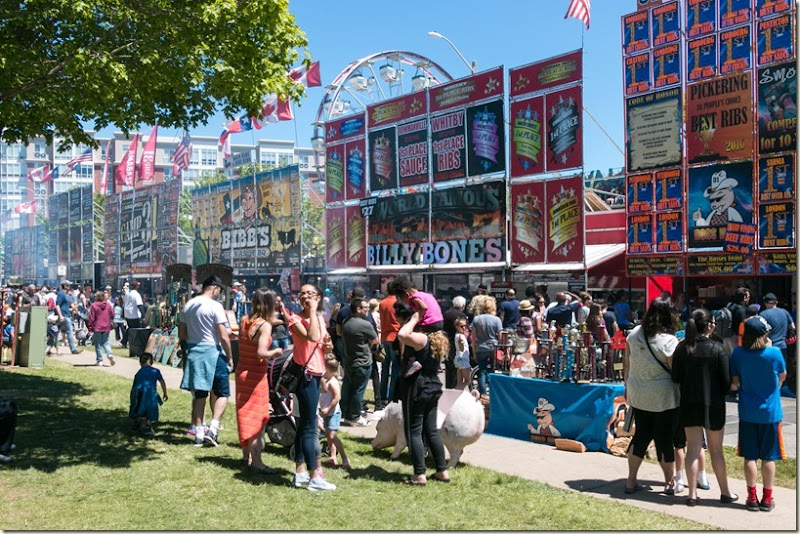 With no real way to choose which one, we just picked the closest. We had to wait almost 1/2 hour to get to the front. 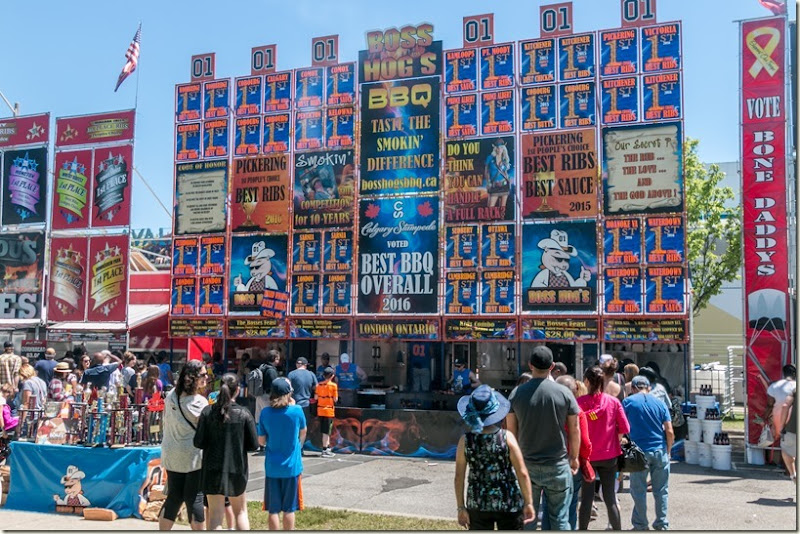 They seem to like to do lots of yelling as they cook and sell the meat. 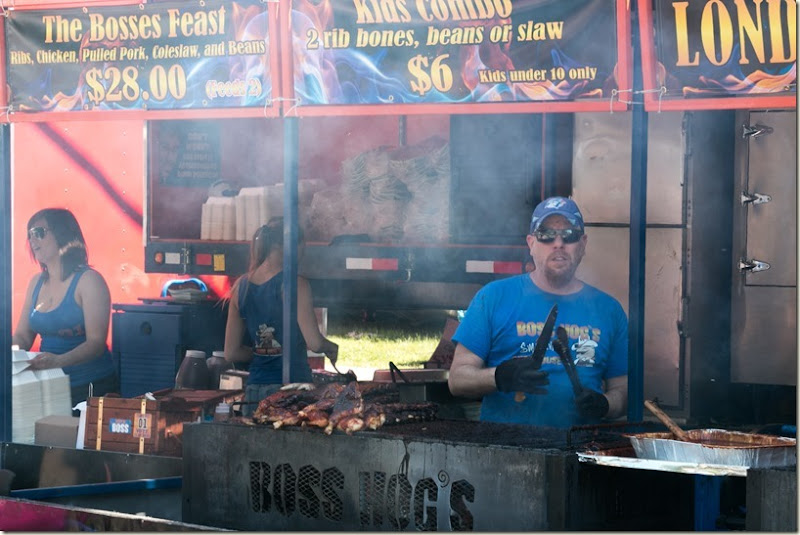 The Boss’s Feast, half rack of ribs, half a chicken, pulled pork, coleslaw and beans. At least they said it was for 2. 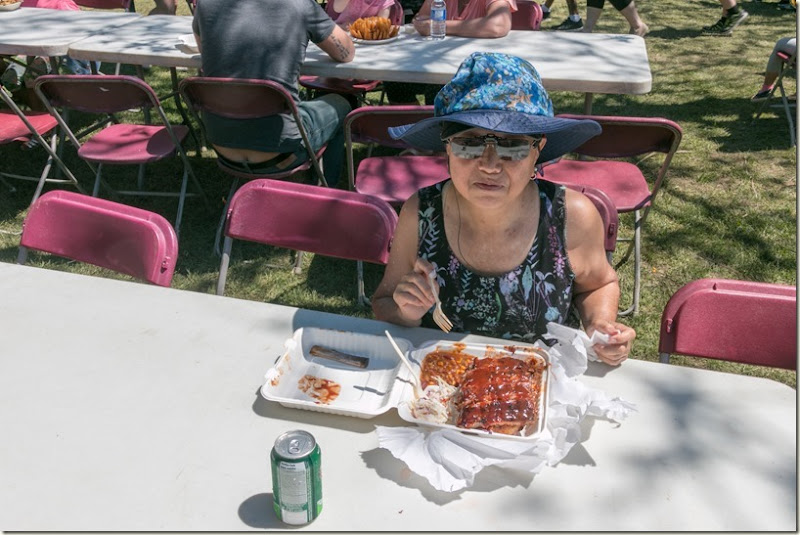 There were the other usual suspects. 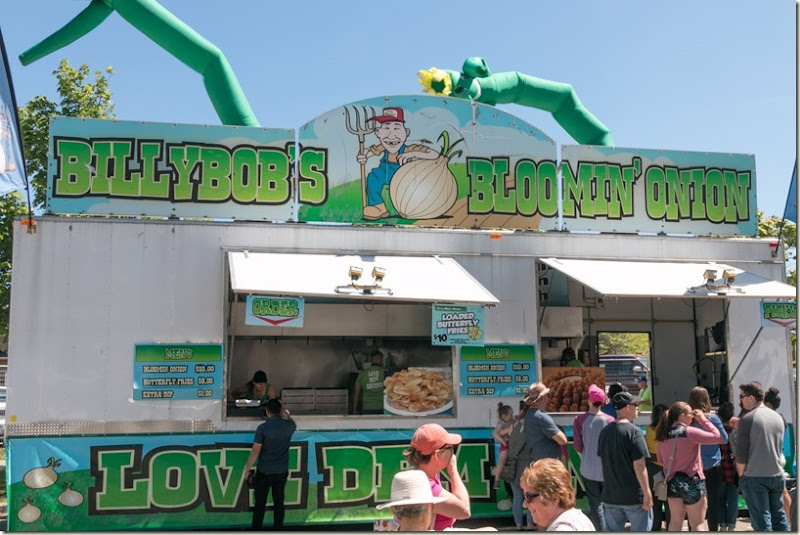 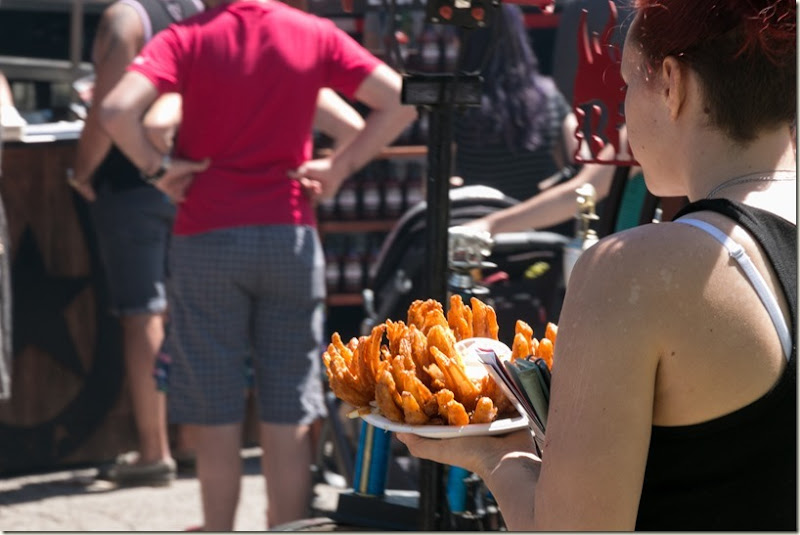 There were a few buskers. 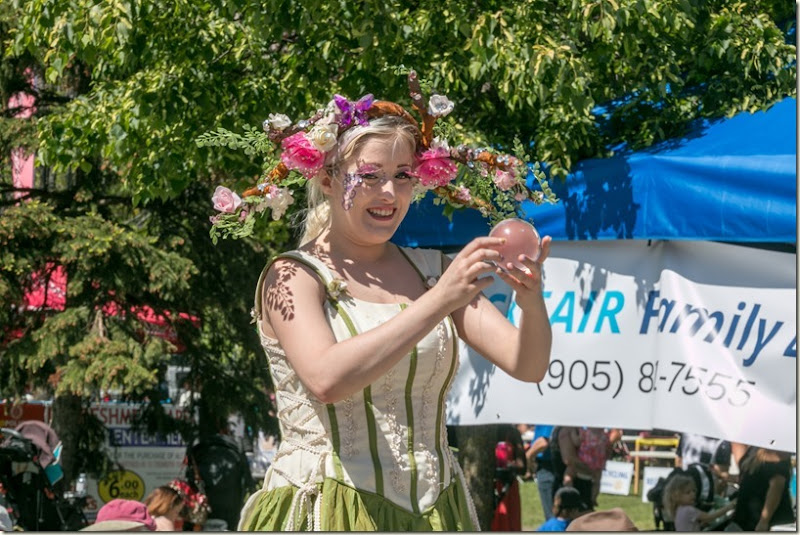 This place put kids in a ball, for them to roll around in a pool of water. I guess it must be really loud in there when they use the leaf blower to inflate the ball. 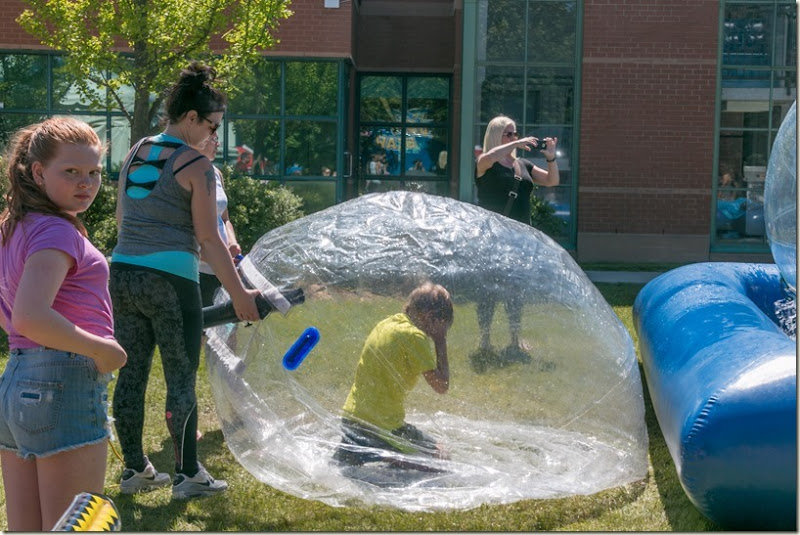 For some reason no one was at these two trucks. I can’t understand their thinking, to bring a crepe truck and one that sells grilled squid to an event like this. 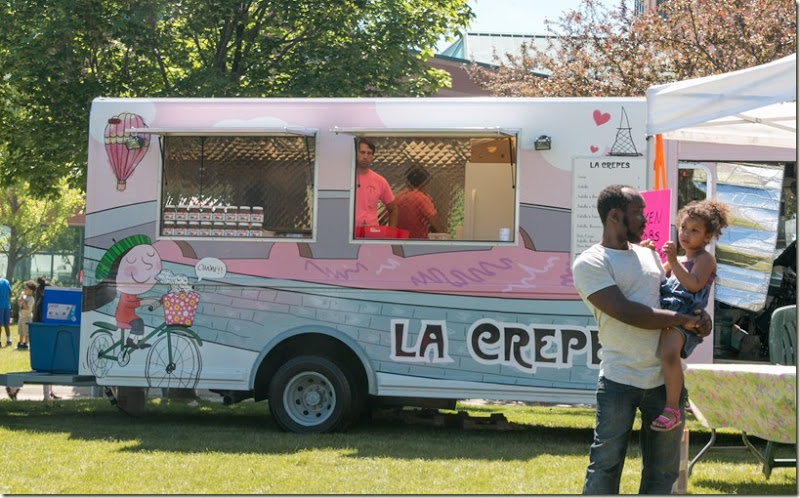 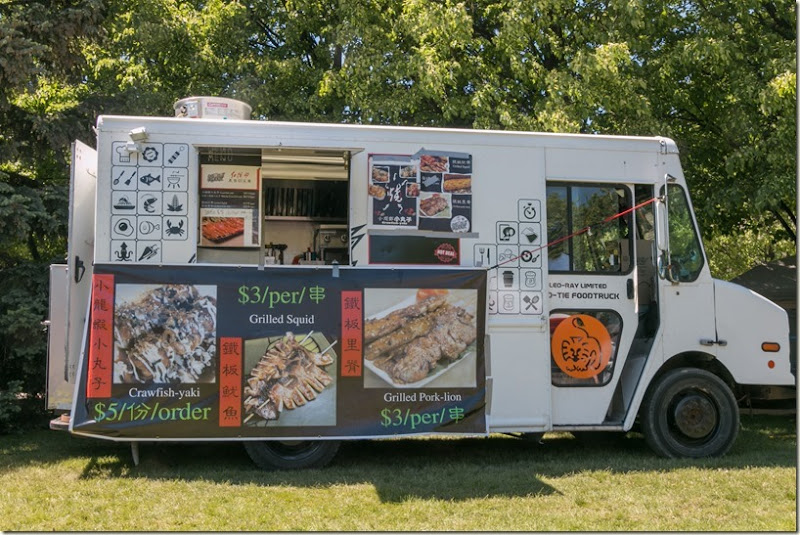 There were a few other booths but nothing that really interested us so we didn’t stay too long.

Yesterday we went to visit the daughter that is getting married on Saturday. We took her to lunch and then went through our responsibilities. Everything is pretty well organized and we are tasked with picking up some of the food that will be ready the day before.

Since it has probably been 15 years since I bought a new suit, I figured that it was about time so that was today’s task. Actually it went quite quickly. Into Moore’s and after a few measurements, the second jacket and the first pair of pants fit with no alterations. She picked out some shirts and ties for me and I selected two because they were buy one set get one free. She said the suit was regularly $700 on for only $299 but the sign over the rack looked pretty permanent. Anyway I was in and out in about 1/2 hour. Painless except for the wallet.

We don’t have too much to do until the day before the wedding so I’ll just clean up the yard (lots of weeding) in preparation for leaving again.