A mostly sunny, slightly cool day so a good one for our hike on the last day before we head home for our daughter’s wedding.

A run is the name of a creek around here. The Jonathon Run Trail follows the run until it flows into the Youghiogheny River. We went as far as Jonathon Falls before turning back to give us a hike of just over 5 km.

It was a fairly flat, easy trail. It only dropped down about 200 feet in elevation from the parking lot to the falls.

Mostly it was just a walk in the woods, as we could only see the run for about 1/3 of the time. 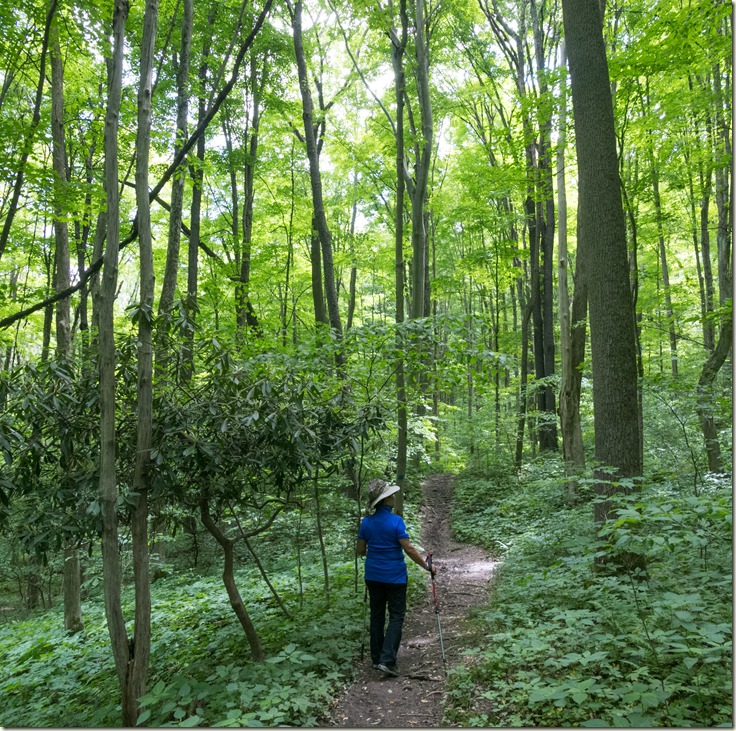 With all the rain we have had, there were a lot of muddy spots. 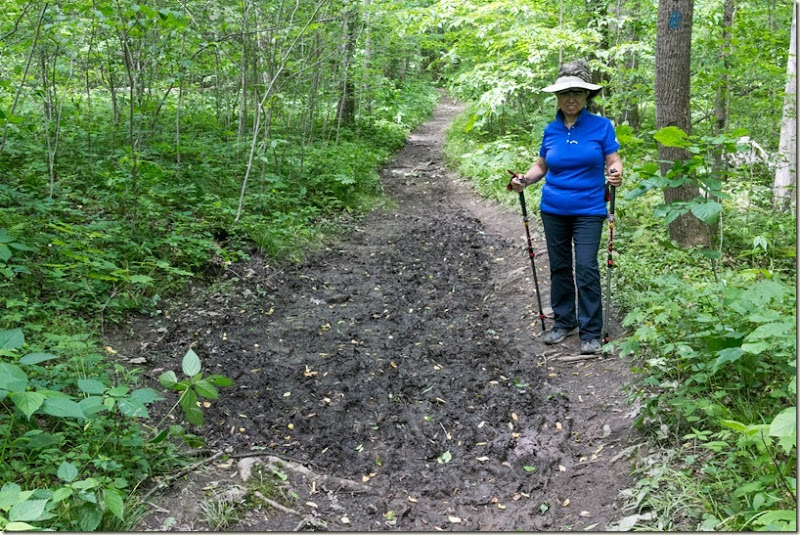 And only a few drops and climbs on the way back. 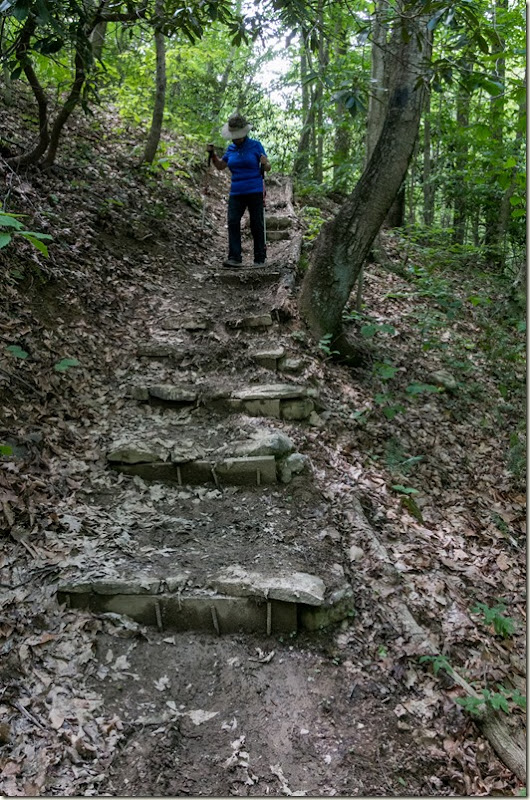 We crossed the run a few times. 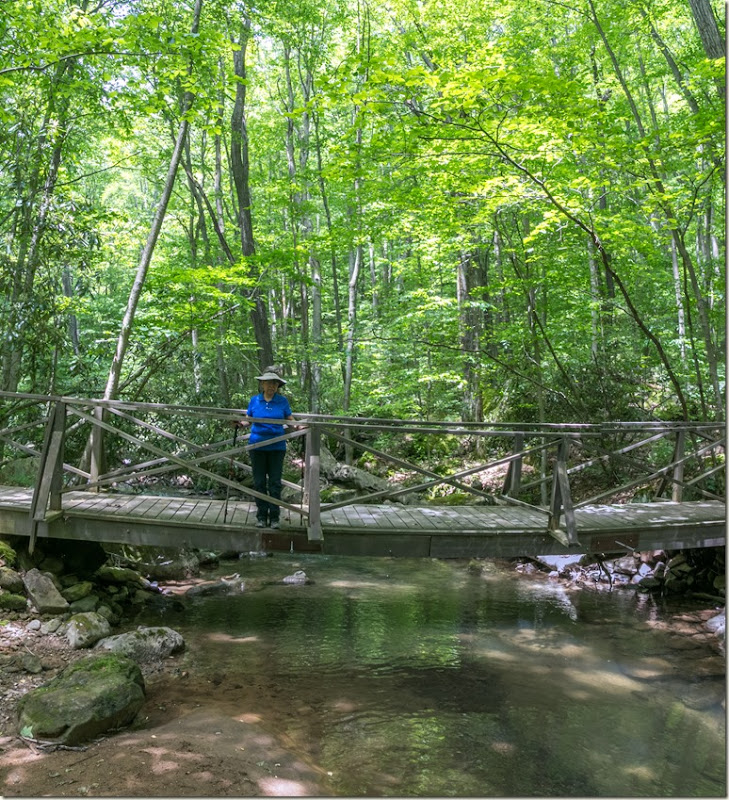 This bridge looked like it had been hit the from the side. There was a serious bend in it. 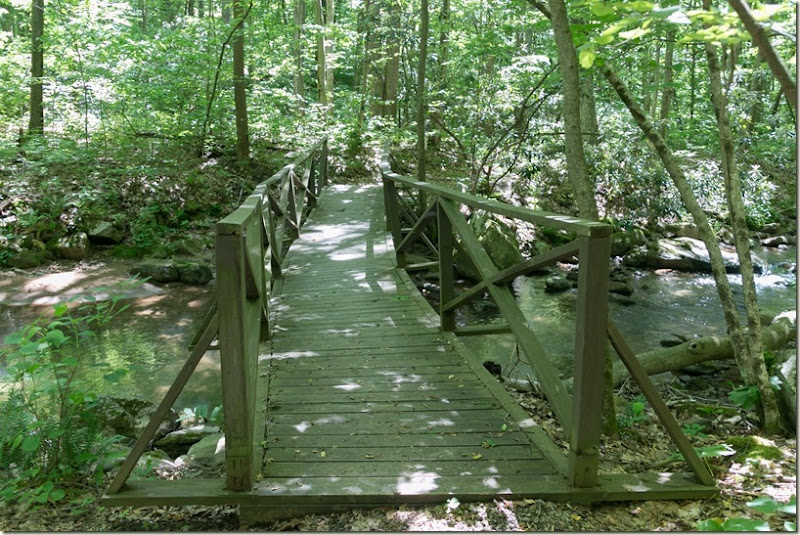 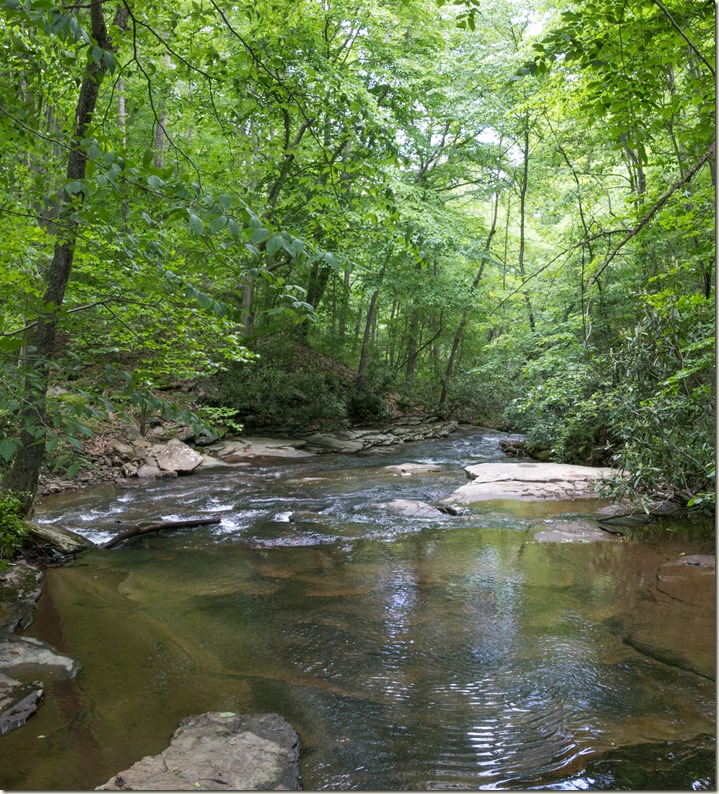 We saw one other couple and their kids on the trail. We asked them about the waterfall and they said it was nice but it was a very steep climb down. There was also no sign saying where you should climb down. We saw the waterfall from up high and then noticed a large log had a section cut out of it, with a rough trail beyond.

The “trail” down was so steep and muddy that Jennie almost didn’t go down. This picture doesn’t do it justice. It was at least a 60 degree slope. Very slow going down and only slightly faster going up. 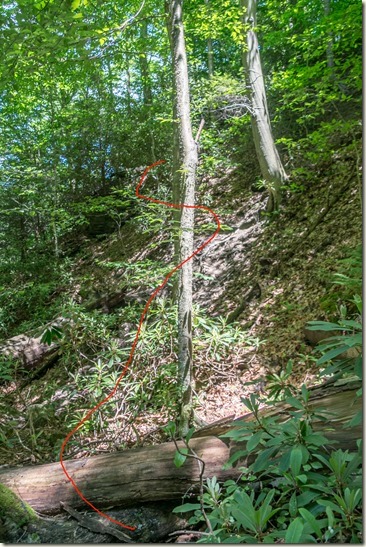 But the waterfall was in a very nice setting. I am not happy with the pictures, though. 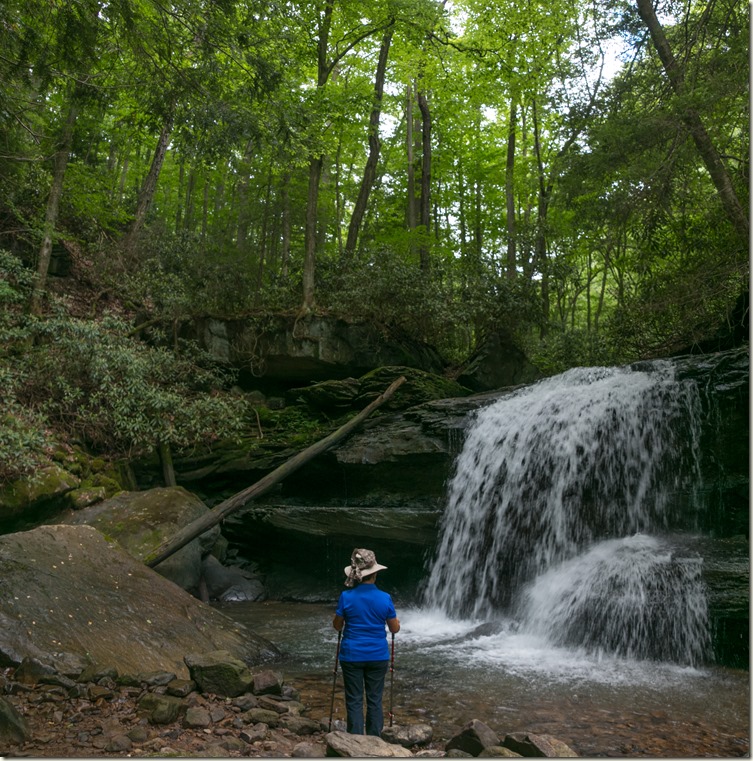 We sat on this rock and had lunch. It was one of the few spots that got any sun. 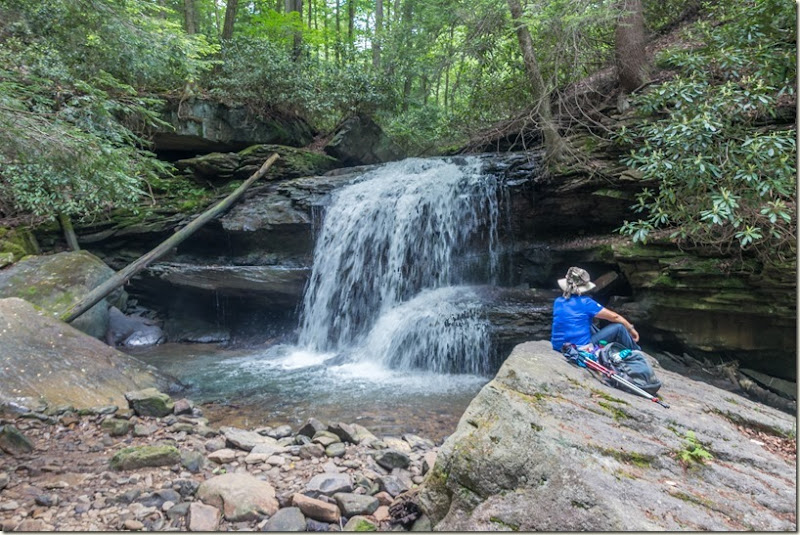 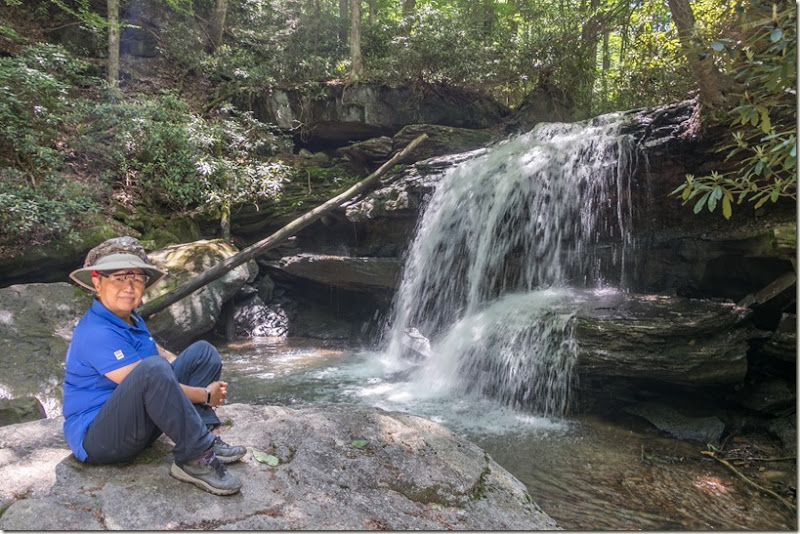 The GPS says it is a 7 hour drive home, which mean a few more hours on top of that. I am not sure if we will do it in one or two days.