Today we explored the north end of the peninsula. Another mostly sunny day with temperatures in the high teens.

We spent the morning exploring Jack’s Country Store in Ocean Park. This is a real country store (founded in 1885) but on steroids. It had a little bit of everything. We kept turning corners to find a new aisle or room stuffed with interesting things. It was slightly disorganized as well which made it even more interesting as you never knew what you where going to find. Jennie found one shelf of toys that looked like they had been there for decades.

After lunch  we went to the state park at the very tip of the peninsula. We did a three mile hike that went up a beach on the east side, crossed to the ocean side, down that beach for 1/2 mile and then crossed back to the car. 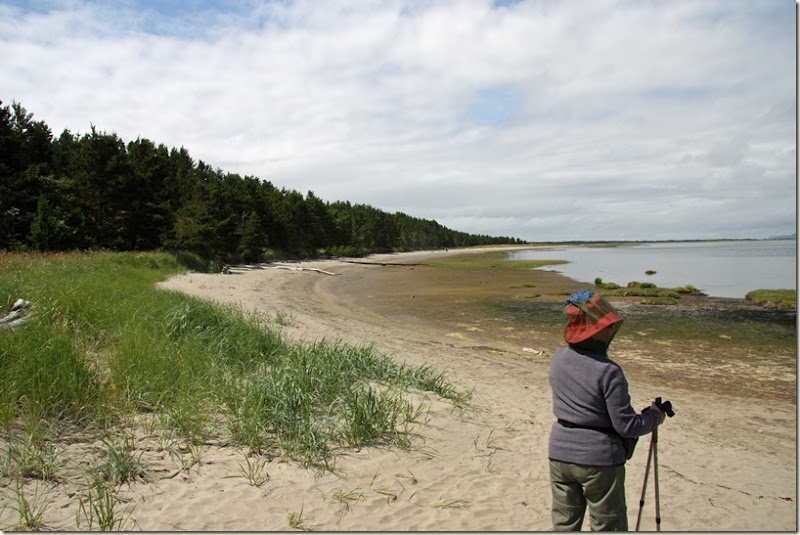 The walk up the bay side beach following the trail of broken clam shells was nice. 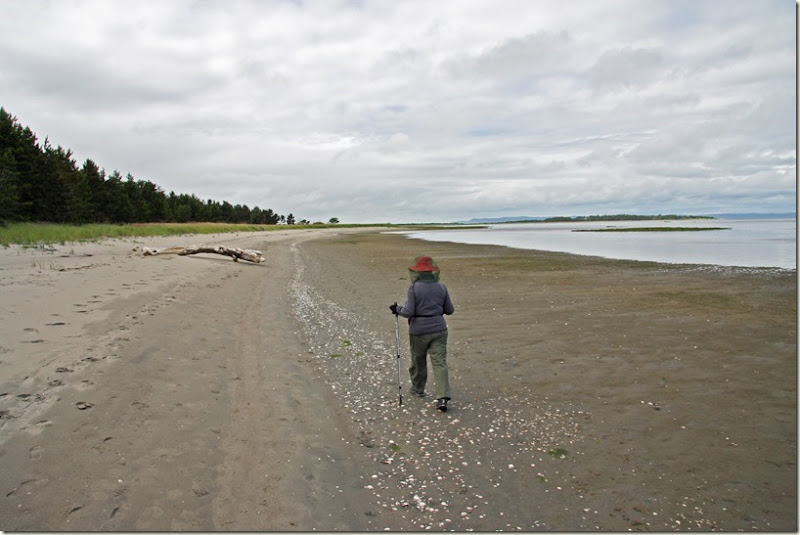 The walk across was less nice. 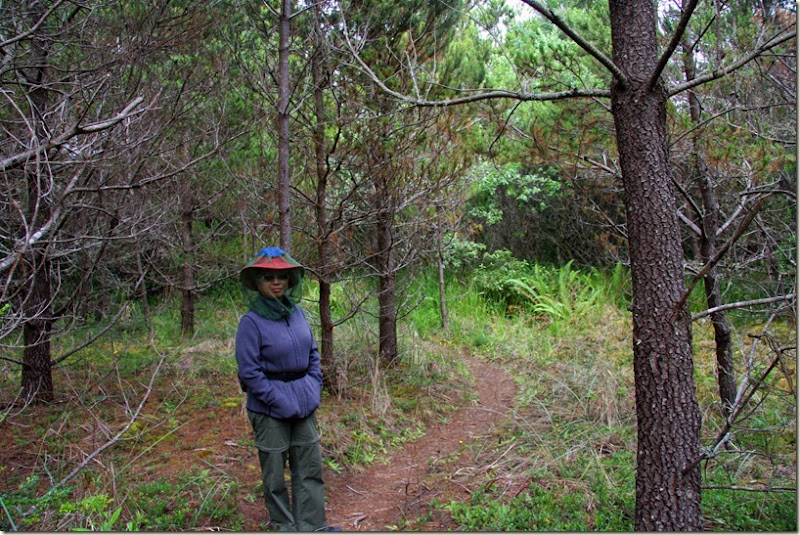 The bugs were ferocious. Notice Jennie even kept her hands in her pockets. This area in a bird migration stopover and in the spring the birders some out in hoards but they said on some of the trails the water is waist deep. That should have been a hint. Swamp = mosquitoes. 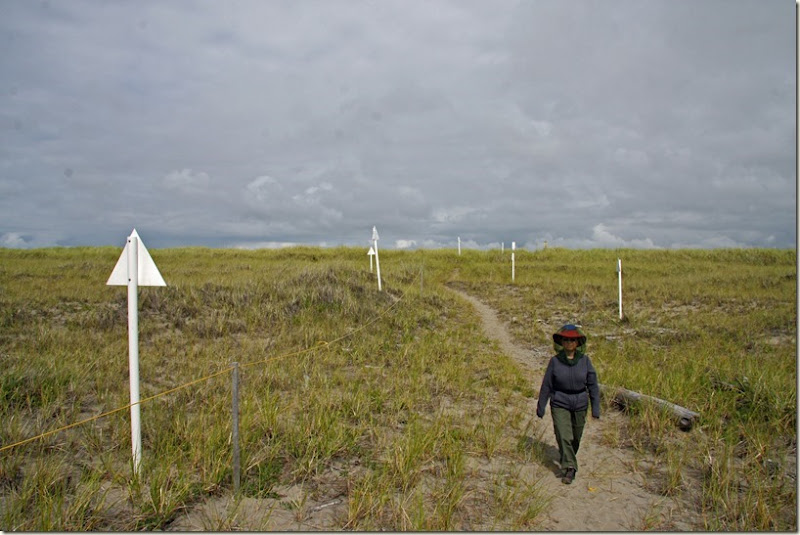 On the ocean beach we were alone for a far as the eye could see. 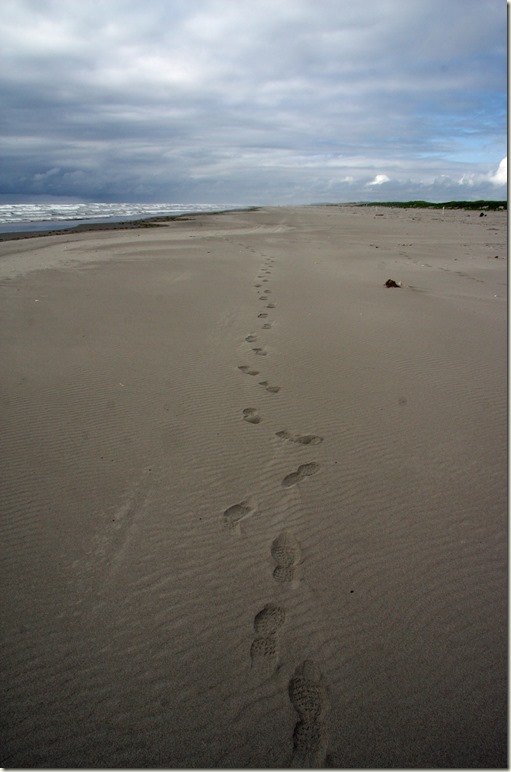 Our only company was a large flock of small birds. We are not sure what they are but they fly in very tight formation. If one takes off they all do and fly as one weaving these amazing patterns through the sky. Occasionally they would fly right at us, only turning at the last second. The landings were also very interesting. The end of the line would land first and then the ones moving forward. It almost looked like a piece of carpet being laid down.

I wish I could have gotten a better picture but they were too quick. 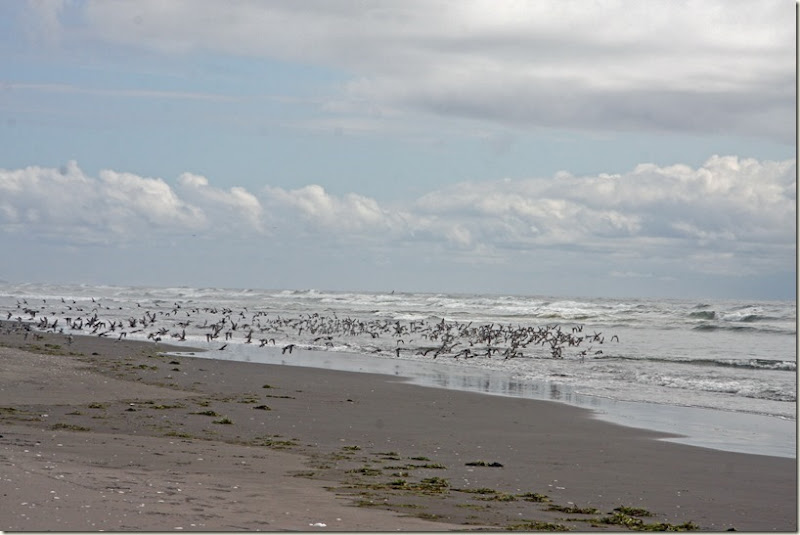 Jennie spent the time collecting sand dollars. We guess that not many people come here as there were lots of them completely intact. 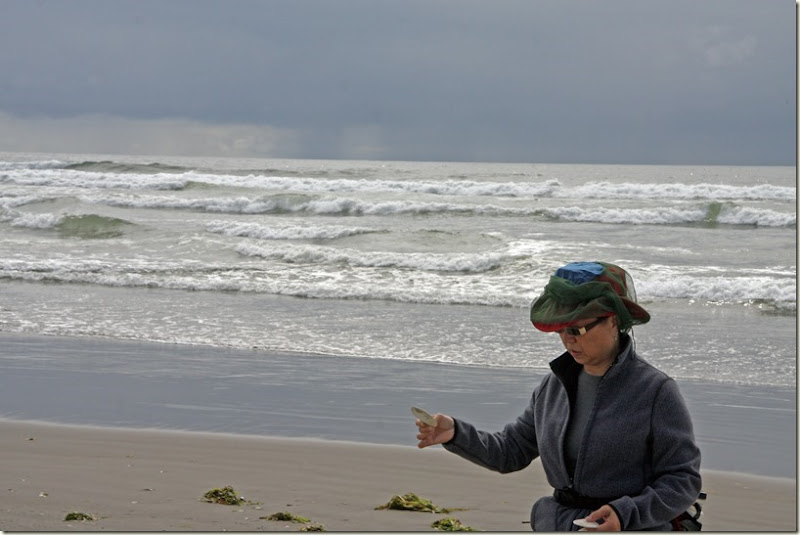 Notice the rain approaching from the ocean, over Jennie’s head in the picture above. We picked up the pace as we were still over a  mile from the car but our luck held. We got sprinkled on a bit but it didn’t let loose until just after we were back. 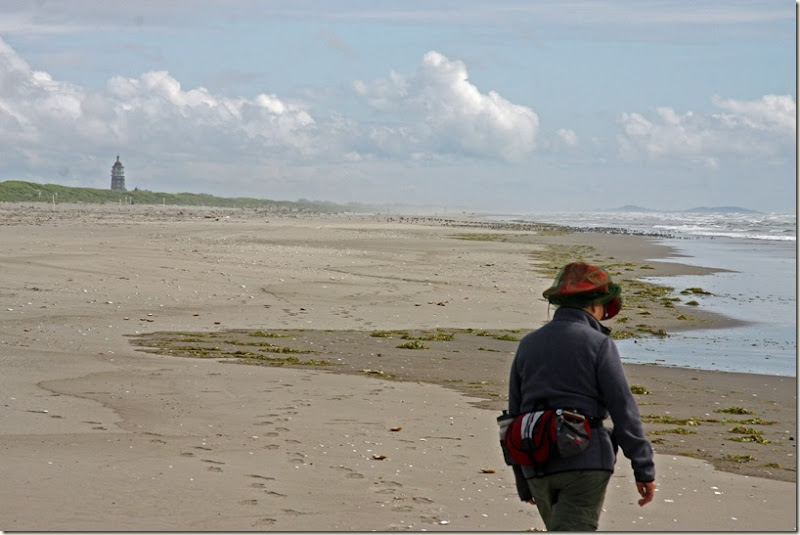 We decided to eat out tonight. We looked online and found a highly rated Thai restaurant. It was very good and plentiful. We didn’t eat everything in the picture. We always order extra to take home. 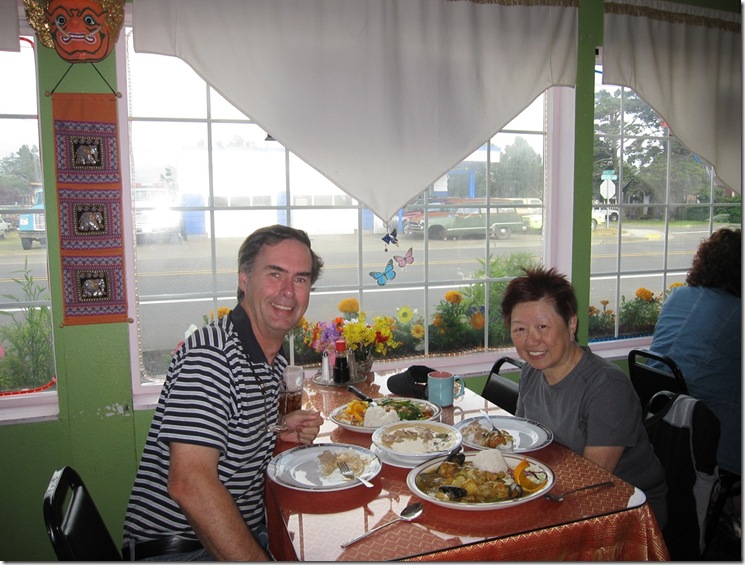 Tomorrow we are moving north, to the south end of Olympic National Park at Lake Quinault. The campground has no WIFI and I doubt our Verizon internet stick will work so we may be out of touch for 5 days unless we find a hotspot in a town.

It is hard to believe we have not even reached the halfway point of our trip. If all goes according to plan and we get back around Sep 28th for a total of 144 days, the half way day will be this Thursday. It already seems like forever since we were at our stix and brix home. Don’t miss it at all.