The forecast for Lake Quinault is partly cloudy and a 21C as we drive an hour away to the southwest arriving at the Pacific coastal town of Ocean Shores where the fog is rolling in and the skies are dark. It is a tourist town with many gift shops, ice cream parlours selling candy, fudge, salt water taffy, etc. and there are recreational things to rent like moped, bicycles, ATV, surf boards and much more.

This is somewhat of a man made town at the end of a peninsula. Some rich developers bought the land and created a series of canals so they could all have water access for their boats. Altogether with the finger lake that was already present, there are 23 miles of canals.

After we drove down to the end of the peninsula the sun was out so we rented a paddle boat but this was no ordinary paddle boat. It was an electric paddle boat. It looked like they had grafted a trolling motor to the back.

We forget to get a picture of ourselves in it. 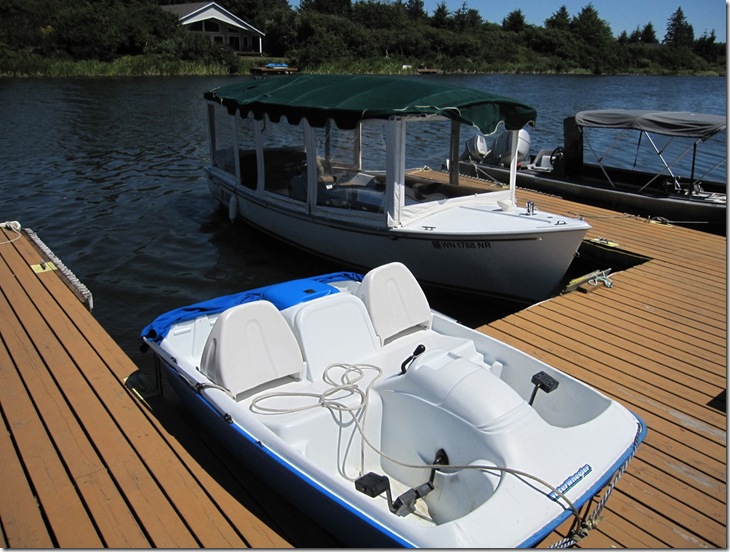 We did about 4 kilometers of the canals and part of the lake in a little more than 2 hours. On the way out we didn’t use the motor but on the way back it was about half pedaling and half puttering along on the lowest setting. The final 1/2 kilometer was into a strong headwind. We had the motor on high and still barely made any headway. This thing was great! 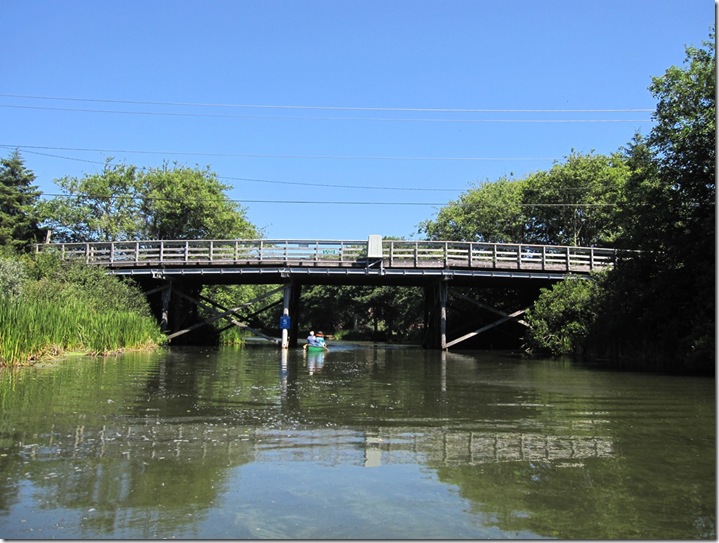 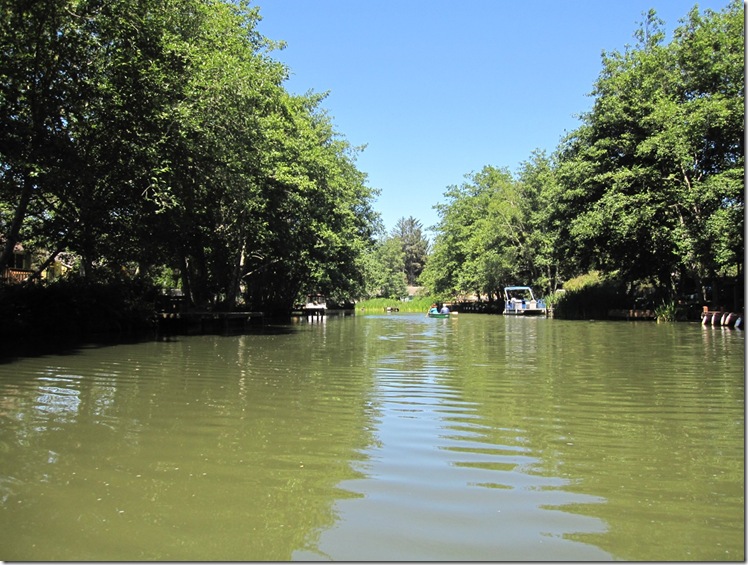 The is the other kind of electric boat that they rent. 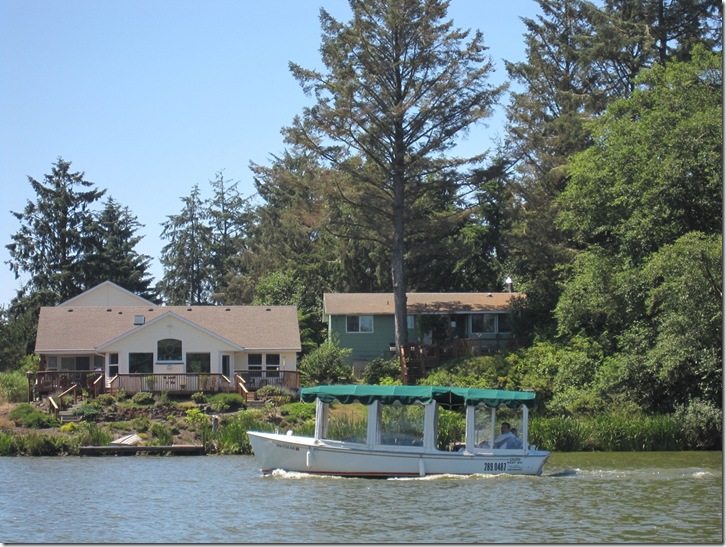 We got to thinking that it would have been nice to see more of the canals in one of these as they are much faster but at the time it seemed ridiculous to rent a 12 passenger boat for 2 people.

The people in this one had gone out in a canoe and got about 50 feet before they got stuck and had to be towed back, as we left. We thought they had quit until they zipped by us.

We drove back to the town center for some retail therapy and then saw some huge kites flying on the beach. Investigating we found hundreds of cars parked on the sand. It was very windy, foggy and cold but people were still swimming. 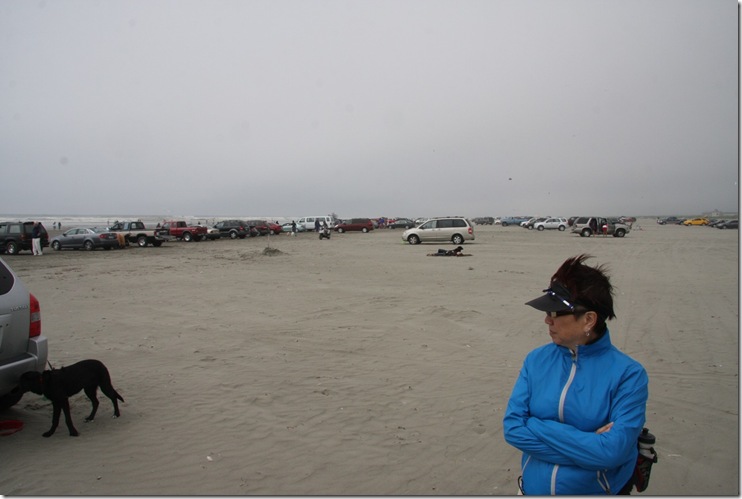 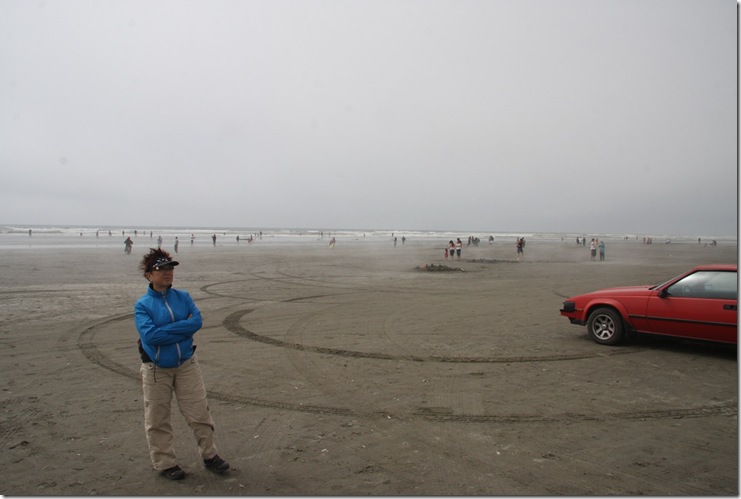 Lots of people on horseback. 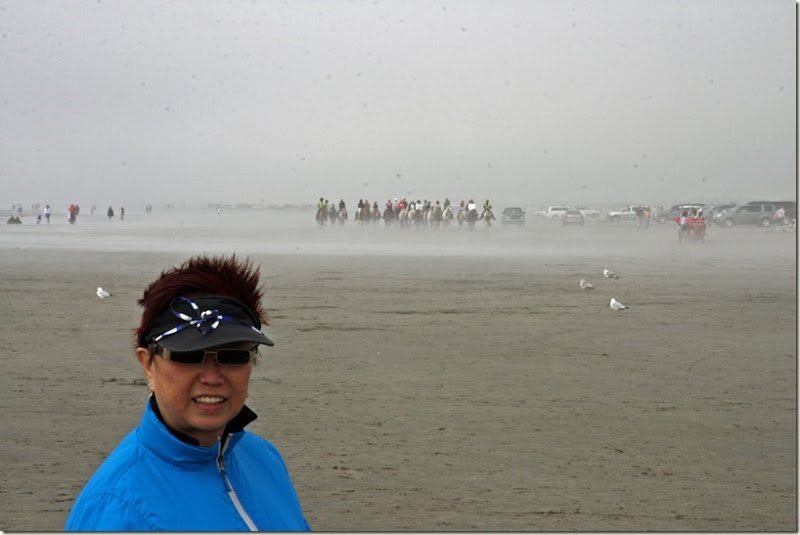 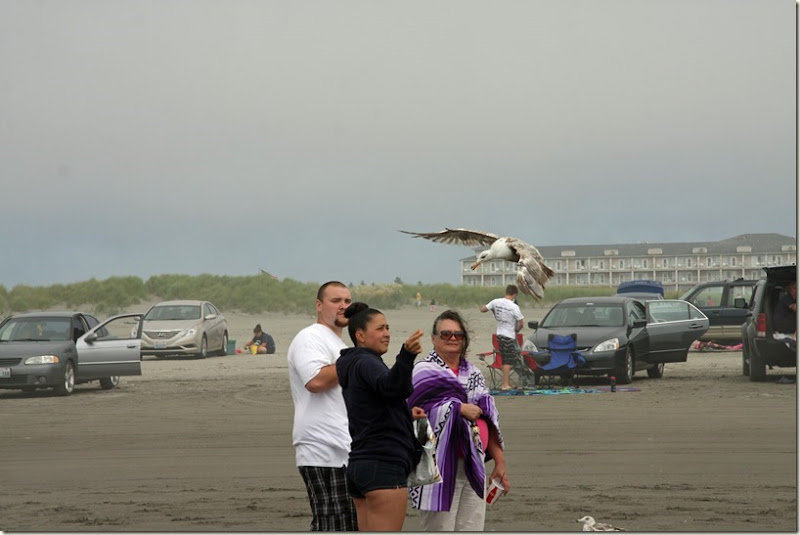 Lots of huge kites taking advantage of the strong wind. 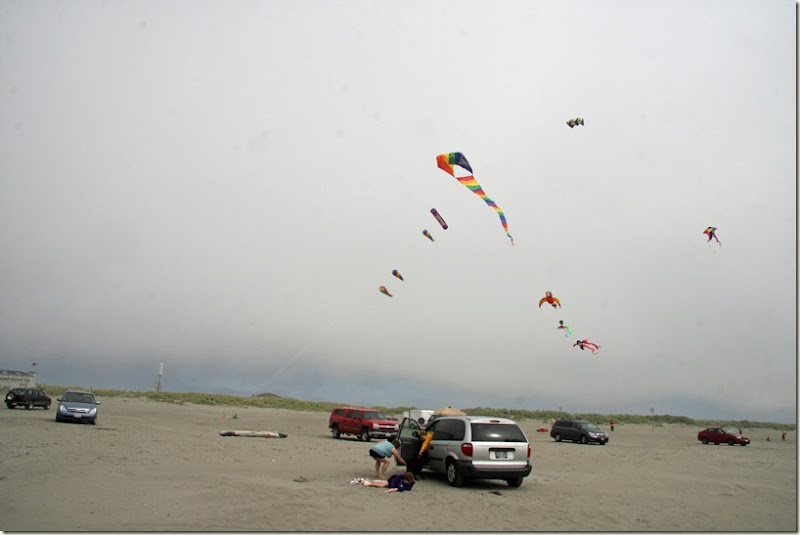 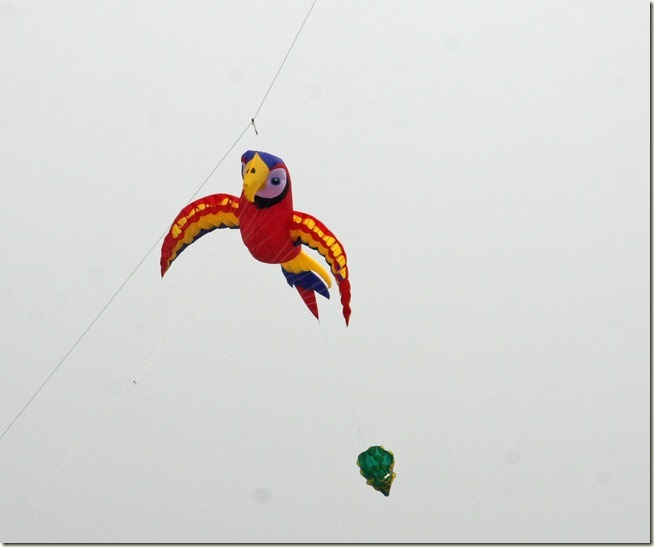 We loved this crab shaped windsock that was scuttling around on a string. 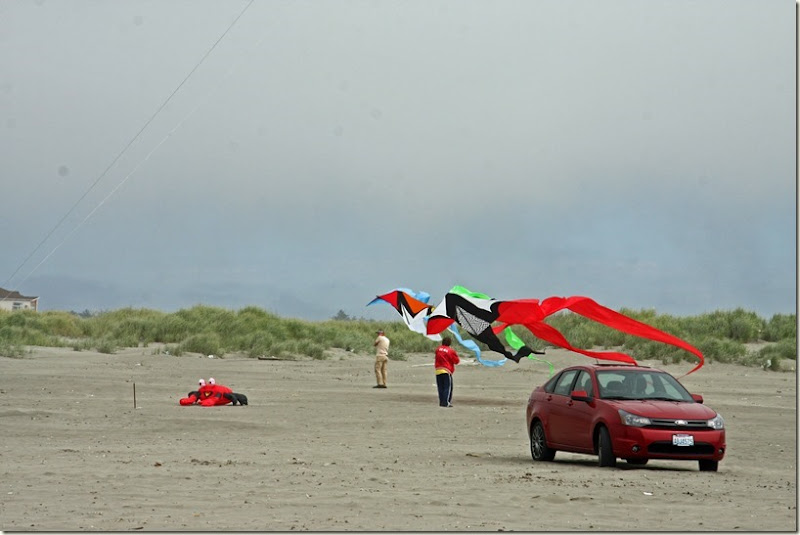 It was too cold to stay here so we headed back. Away from the coast the sunshine came back.

A peaceful evening at the campground. 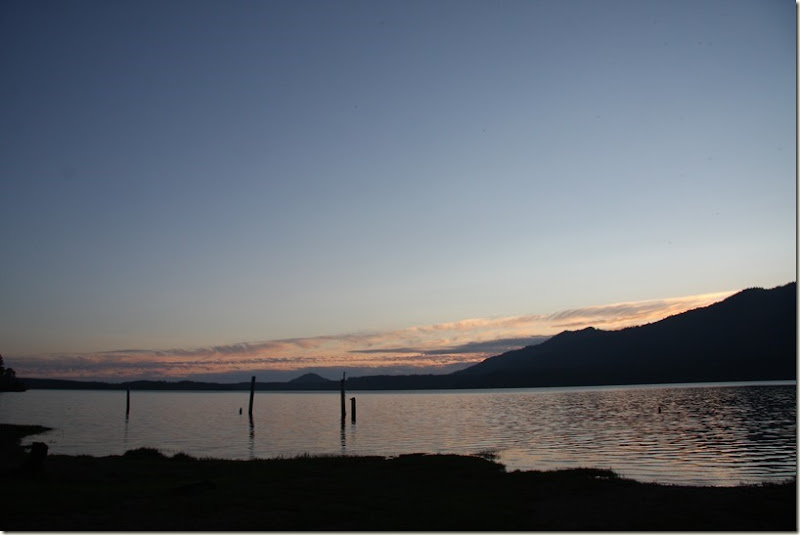