I had only booked 3 nights at the campground that was down the park road. In hindsight I should have booked 2 more nights. We would have done a few more hikes even though the long bus rides are a bit draining. I had already booked 2 nights at another campground still in the park but near the entrance to check out the visitors centers and do a few of the hiking trails there.

The drive out was slow and uneventful. We could see curtains of rain off in the direction we were going. 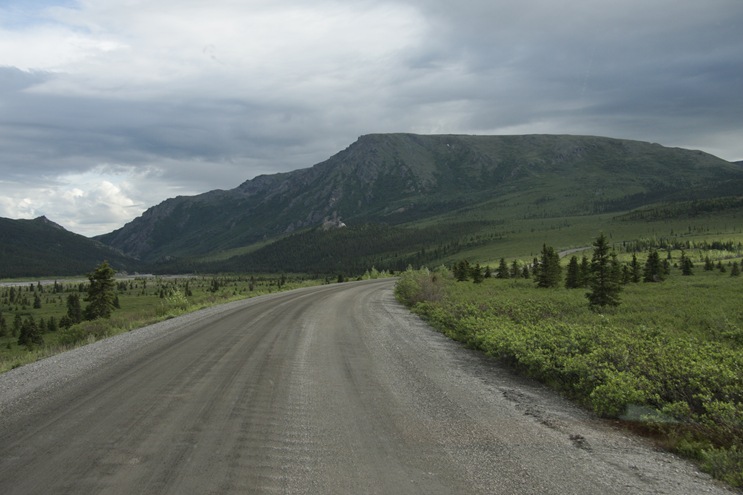 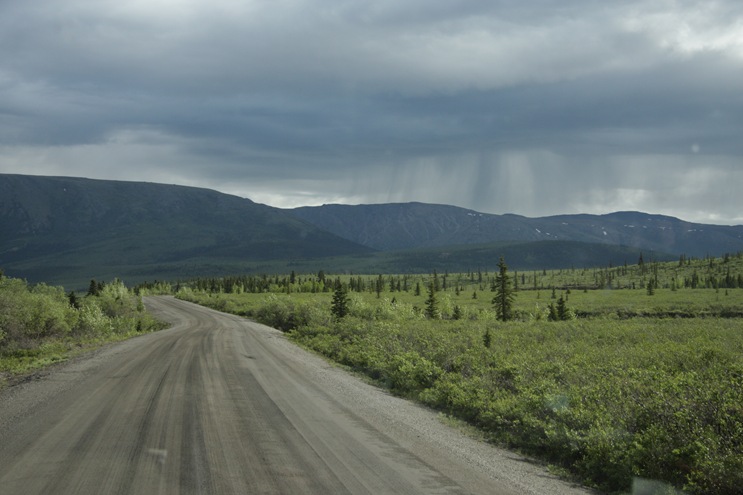 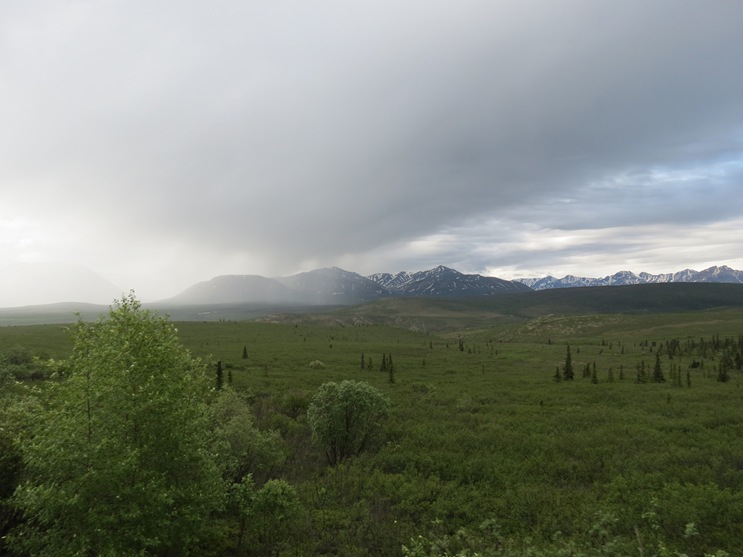 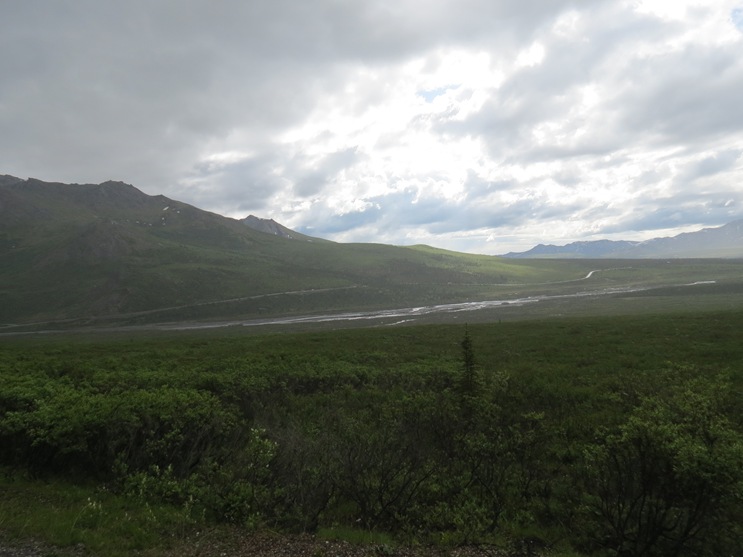 We eventually caught up and it started coming down quite hard.

By the time we got back to the entrance it had let up a bit. We stopped at the visitor’s center to pick up the CRV, which we had to leave behind when we went to the interior campground. We used the CRV to pick out our next campsite. Here you just pay for an RV (type A) or tent site (type B). Then you can just go through the park and pick any free site of the correct type. We drove through the campground with our compass out checking for sat TV coverage. There was a nice site that looked like it would work so we hung out ticket on the site post and went back and got the RV.

We got setup and leveled and I tried the dish. It found the signal but it was weak. I went up on the roof to see where it was pointing and we were just off the edge of slot in the trees. I moved forward a bit and the signal strength was much better.

As we were doing this the campground host wandered over from the next site. They get a free site for the summer and do some general maintenance duties. He had been having a lot of trouble getting a satellite signal and wondered how we did. He had even called a professional installer that had said he would need a dish at our site on a 12 foot pole. The park service wouldn’t let him do that. I think he was a bit jealous that we had a signal but I told him our Canadian satellite was in a different place than his American one. He also said this was one of the few sites in the campground that had the right sight lines.

I asked him where I could connect to the internet since we have been out of touch for 3 days. He said the camp store just beyond the trees has a hot spot and you can take your laptop over and sit at the picnic tables. Just for a laugh I tried our router to see if it could connect at this long range. Lucky again. It is pretty weak but we are connected and don’t have to haul our stuff over to the store.

After lunch we went over to the visitor’s center to watch a movie and check out the displays about the park.

Up to this time it had been raining on and off but when we came out there seemed to be a break in the clouds. We decided to try and hike one of the short trails. Mistake. About a kilometer out it started coming down in buckets. We had some rain wear on but not nearly enough. This picture is from when it was just starting, 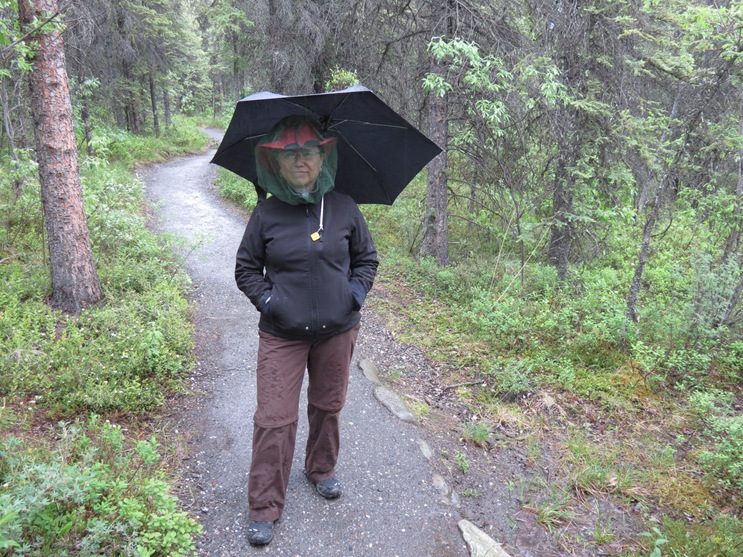 By the time we got back to the car we were soaked. We rewarded ourselves with some ice cream. Jennie saw a cooler with some interesting beer that she thought we could bring back for our daughters. Thankfully she only got one bottle because as I was paying for it the cashier popped the cap off saying you had to drink it in the cafe. Now neither one of us like beer but it wasn’t bad and between us we finished it.

We called it a day and headed back to the RV to dry off, catch up on our emails and send the saved up blog posts.