This doesn’t happen in Toronto. As I was having breakfast, a moose wandered across the grocery store parking lot. 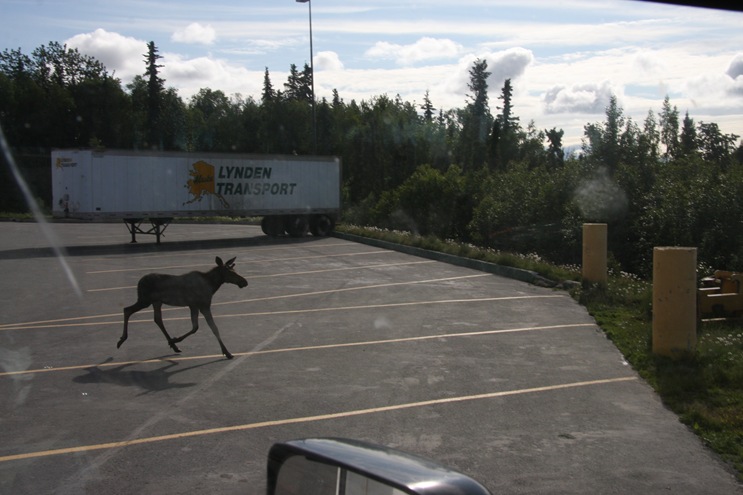 It looked like a nice day so we drove up the Kenai Spur Road through the city of Kenai to Captain Cook State Park.

Our first stop was the Kenai Visitor’s Center. I didn’t notice at first but if you looked up the walls were cover in stuffed animals. 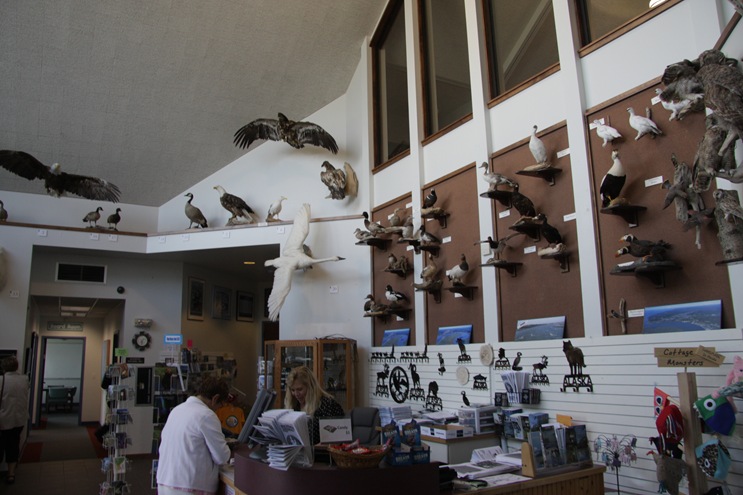 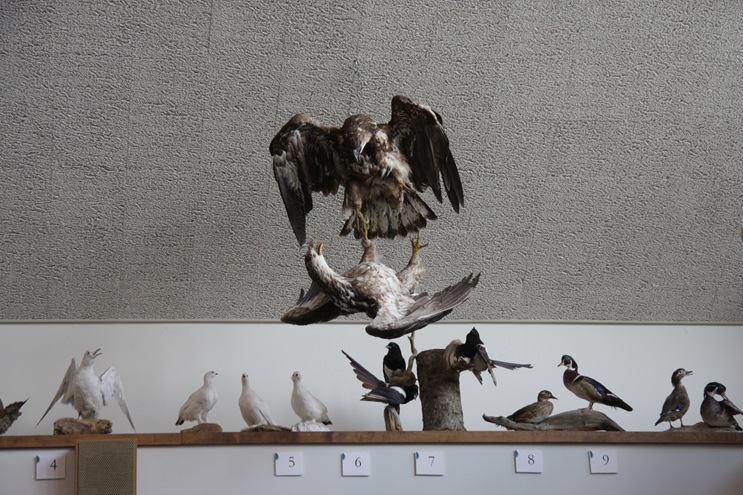 Interesting but a bit strange to us.

This part of Alaska has a strong Russian history. Some of you younger people may not know that Alaska was once part of Russia and was purchased by the USA. A lot of places still have Russian names and there is an old section of the City of Kenai with a lot of old buildings including this small church, that is still in use. 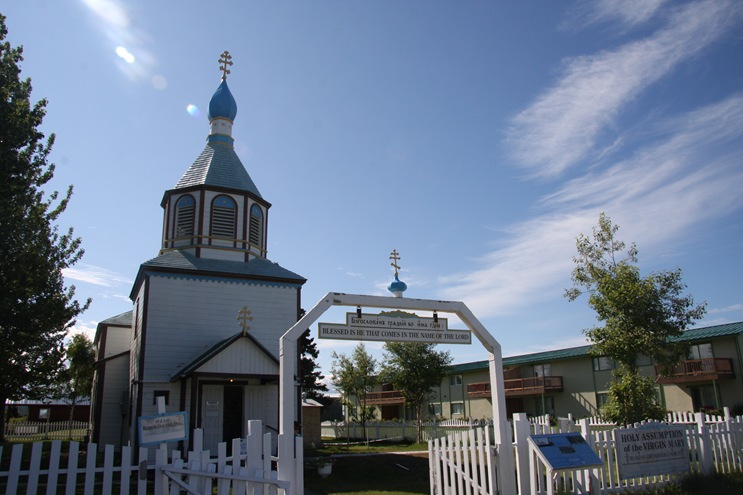 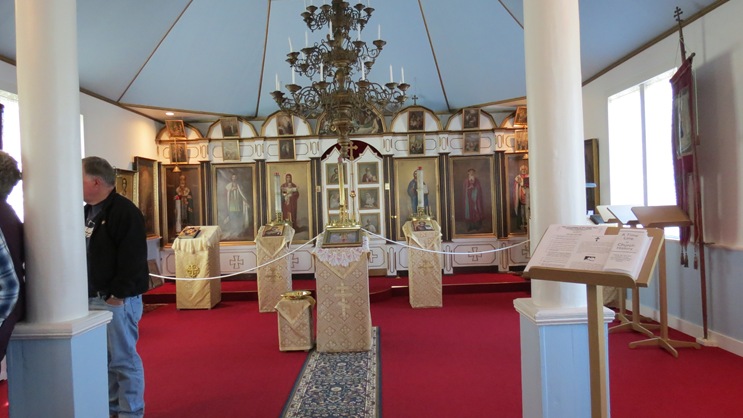 Down at the waterfront there was a small park with an outlook on a bluff. There were a few people fishing down at the mouth of the river. 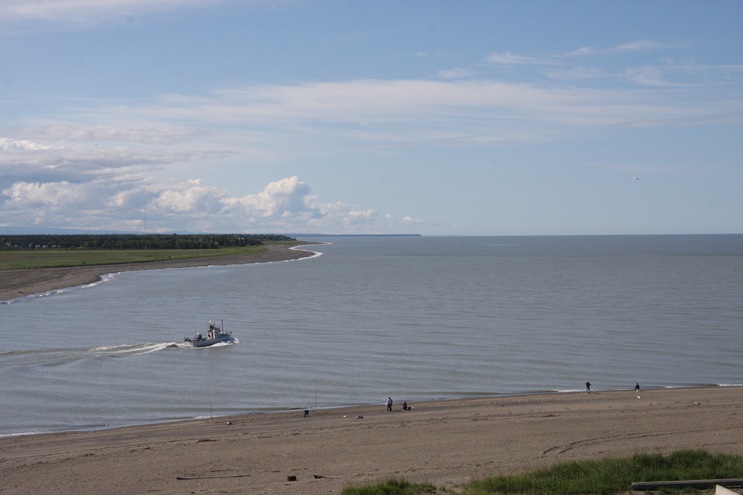 From here you can see across to the other side of the Cook Inlet. There are three active volcanoes that are part of the Ring of Fire. Even though it was mainly clear here and very clear over the inlet, there were clouds obscuring the tops of the mountains on the other side so we never could identify the volcanoes. 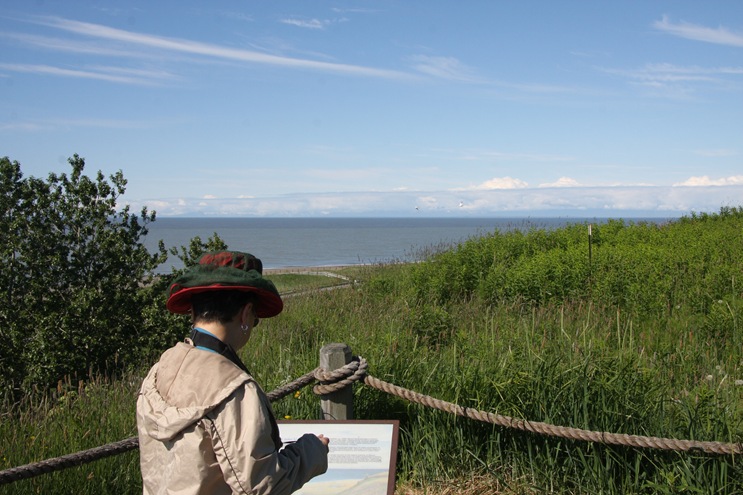 A little farther north at the town of Nikiski, they have found oil and natural gas off the coast. There were a bunch of refineries and when we went down to the shore you could see the platforms off in the distance. 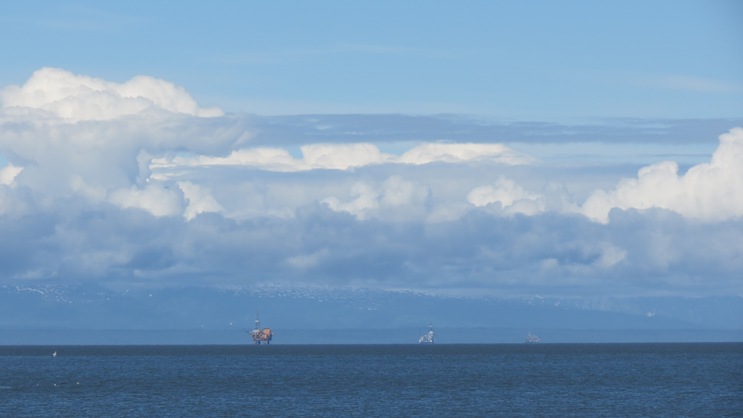 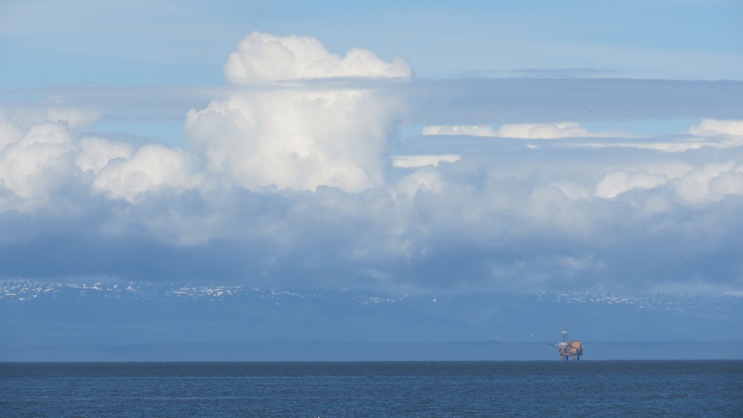 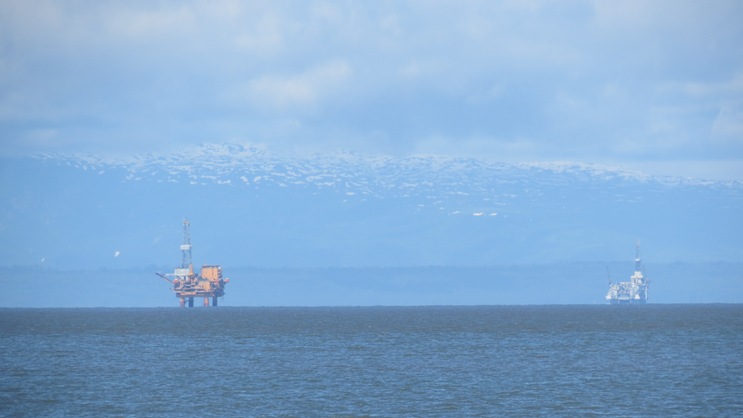 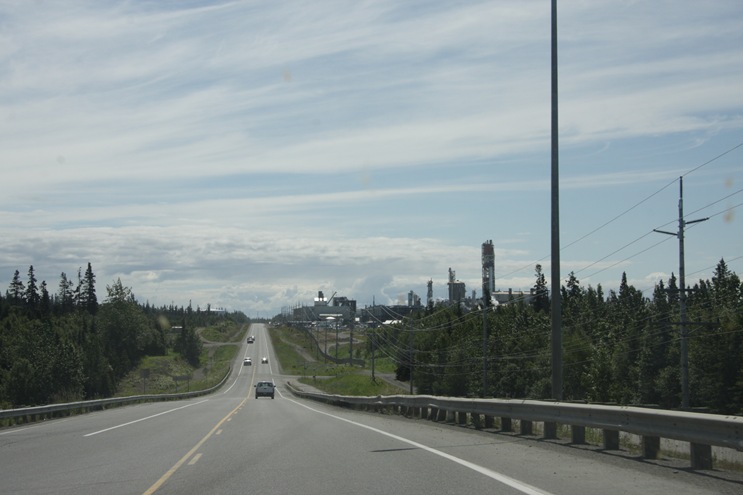 At the end of the road was Captain Cook State Park. We keep running to places that are dedicated to him. We have seen them in Australia, New Zealand, Newfoundland, the Pacific Northwest and of course here.

It turned out the view here is much the same as farther south but we had to come. We had some lunch and did a short walk on the beach and headed back. 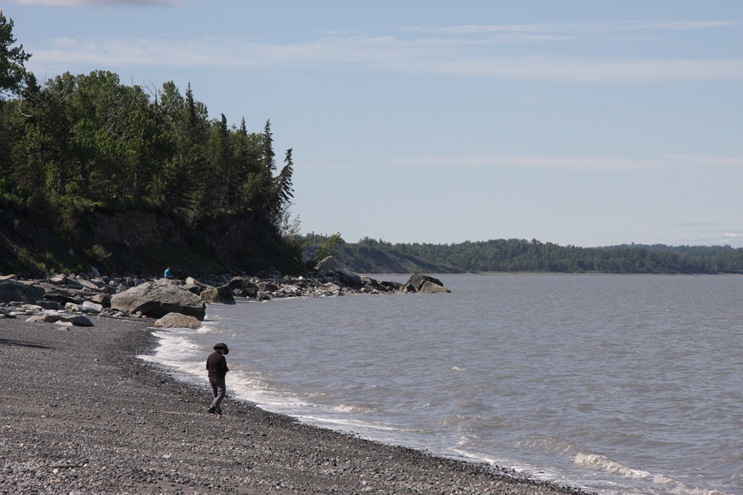 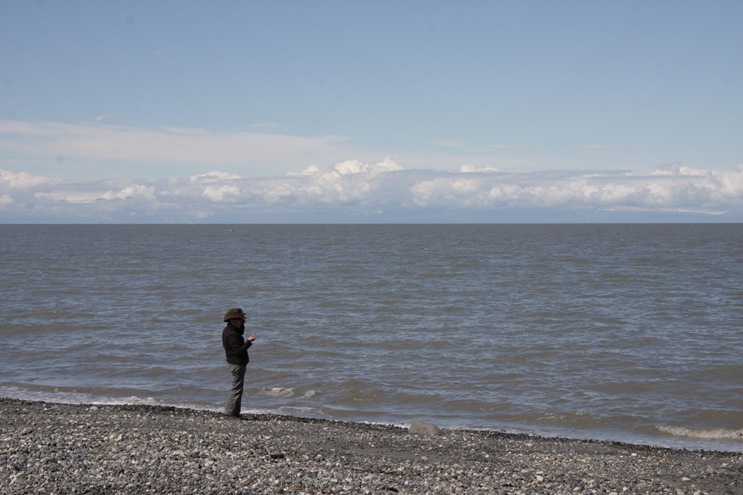 Back in Soldotna, we passed an arts and crafts market so we had to stop for a look. There was some nice stuff but we resisted. 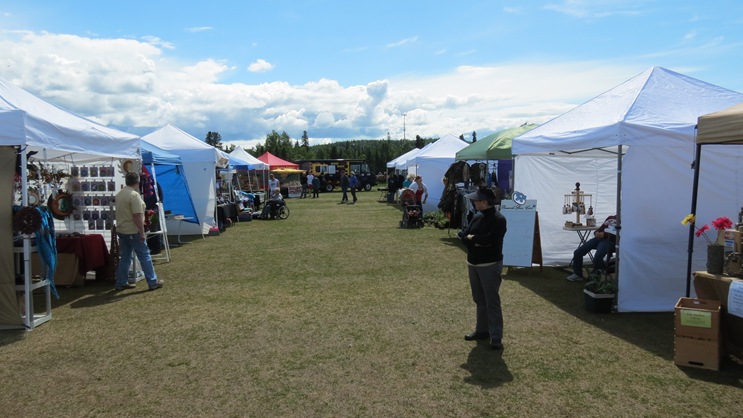 The river was next to the market so we went over and checked out the walkways they have built for the fishermen. 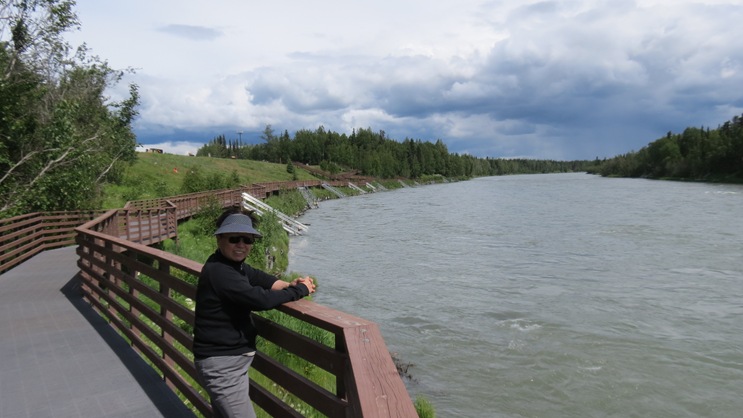 Every once in a while there is a set of stairs down into the river, to allow access for the fishermen in hip waders, without damaging the shoreline. 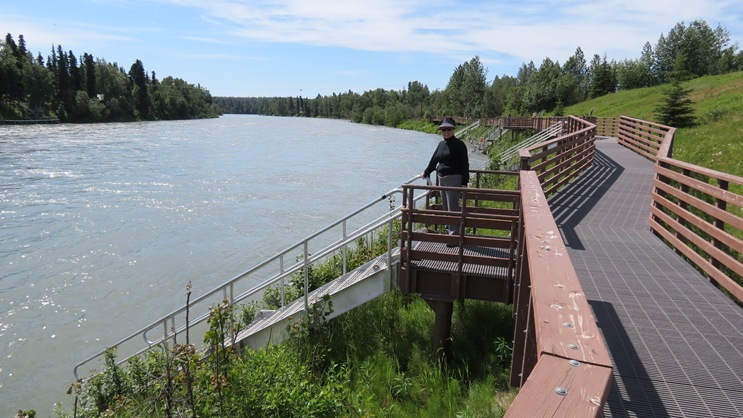 We were going to go for a short hike at a wildlife refuge but the lady at the desk said the mosquitoes were vicious today so we took a pass.

We are moving on south tomorrow to Homer.