It looked like a beautiful clear day so we did some easy hikes today.

But first, being a Saturday, there is bound to be a farmers market in town. It opens at 10, we got there around 10:30 and it was packed. By the time we left about 1/2 an hour later there were a lot less people as I guess everyone rushes to get the fresh produce before they run out.

We broke down and bought some crab. The king crab was $29 a pound and we just could not do it. The guy had some called Bairdi, which he said were not as pretty but the meat was good, “Grade B shell, grade A meat” and only $9 a pound. We got 3 pounds for dinner tonight. 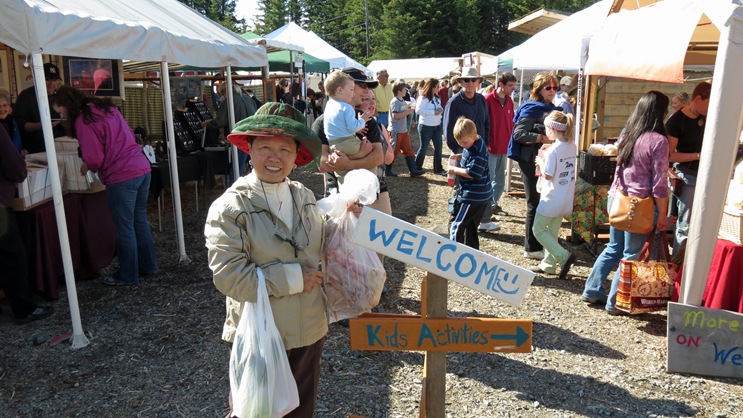 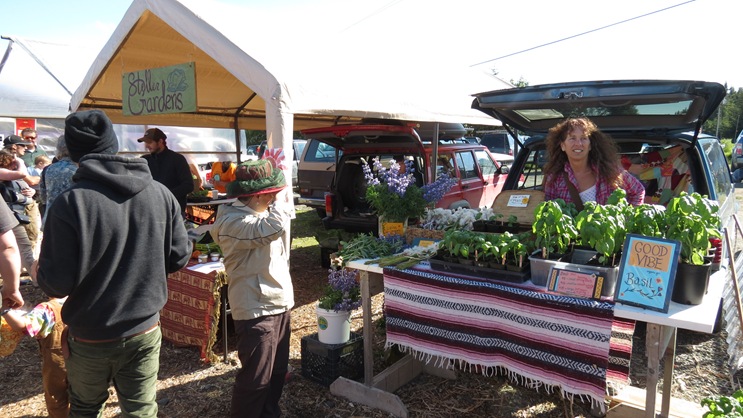 Our guide on the hike yesterday had recommended a hike that started about 15 miles east of town that went through a meadow with lots of wildflowers so off we went. The road out goes along the side of the bay and then climbs steeply to the trailhead so we are well up the hillside with great views of the mountains on the opposite side. 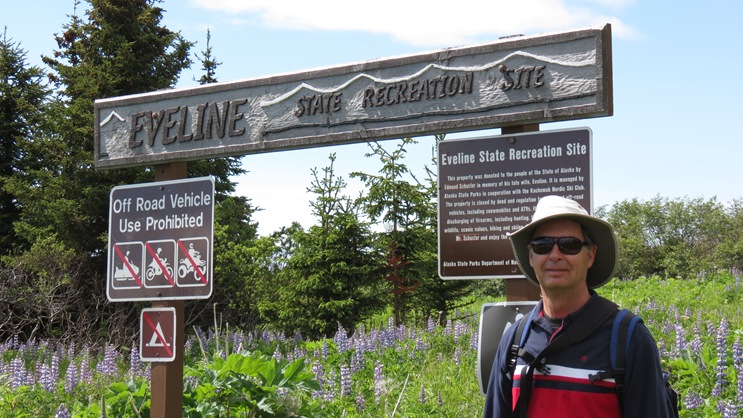 Just up the path was a small platform with a picnic table so we had our lunch. There were two glaciers in view just over on the opposite side of the bay. 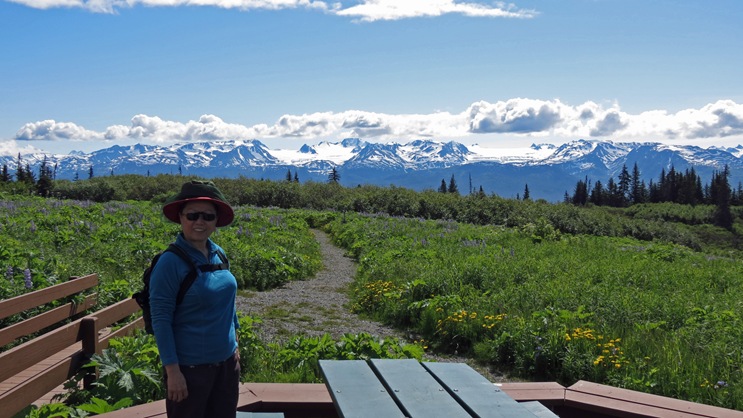 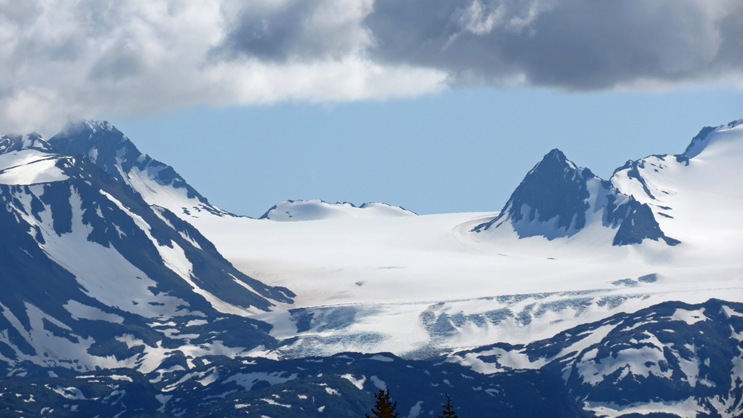 The trail was called the Alpine Meadows Loops. The dominate flowers were lupines. Every time either one of says lupine, we always think of Monty Python. 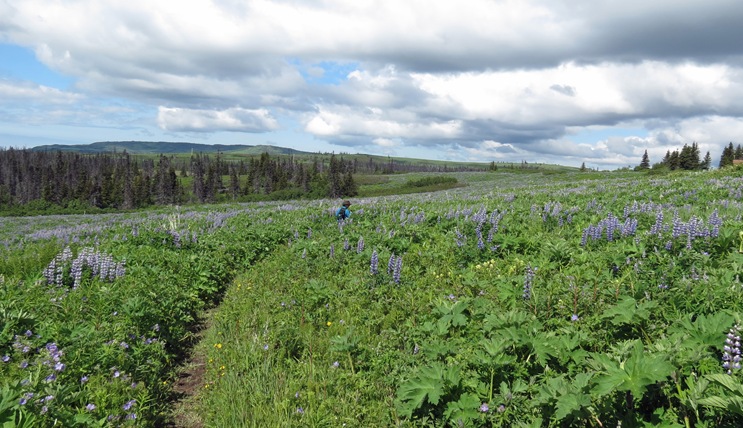 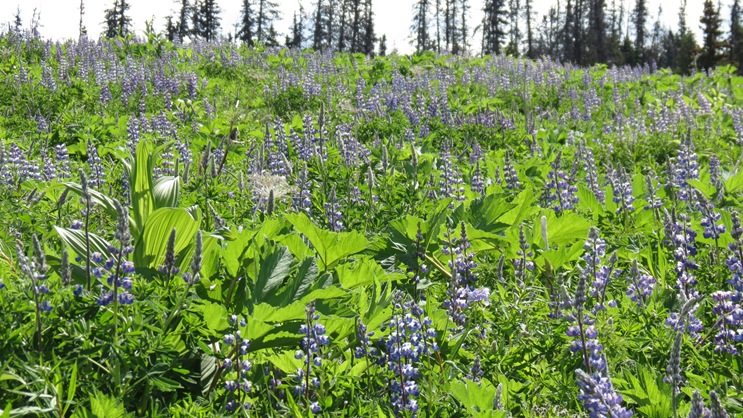 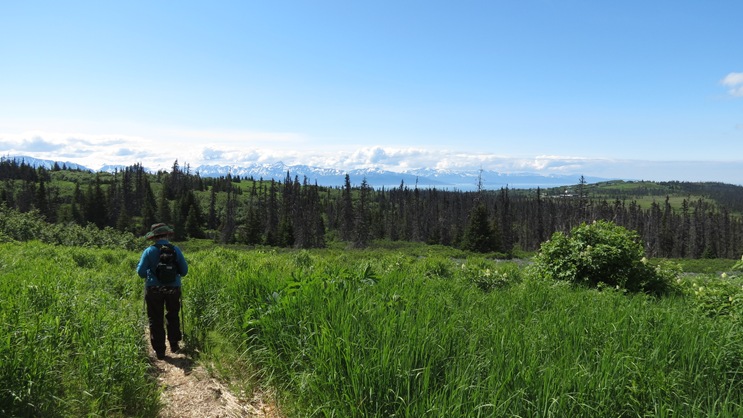 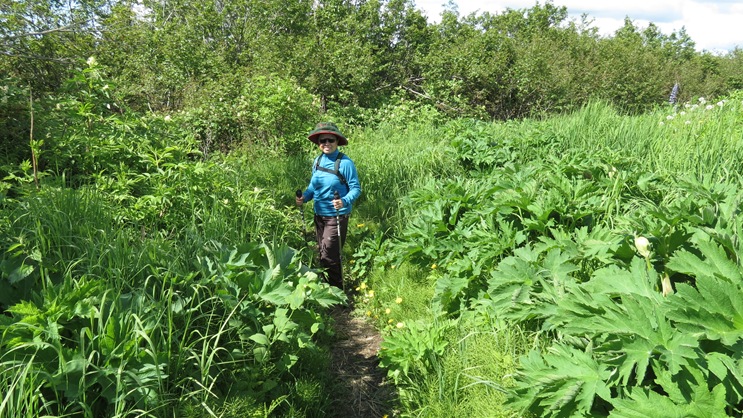 There were lots of other much smaller flowers mixed in, though. 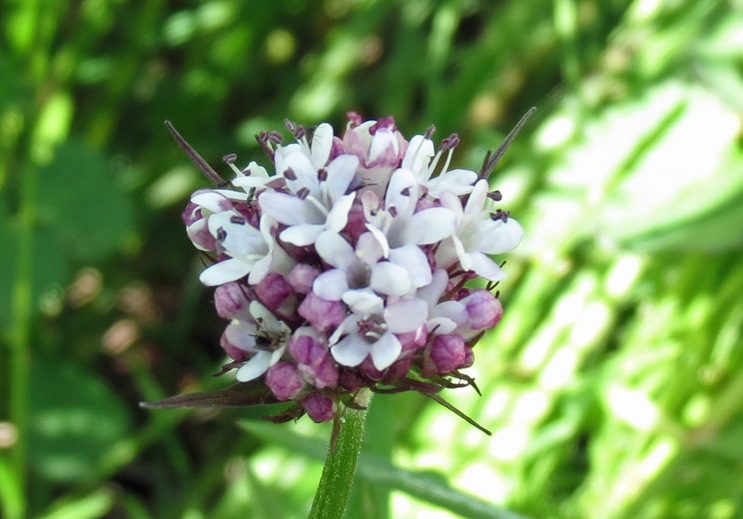 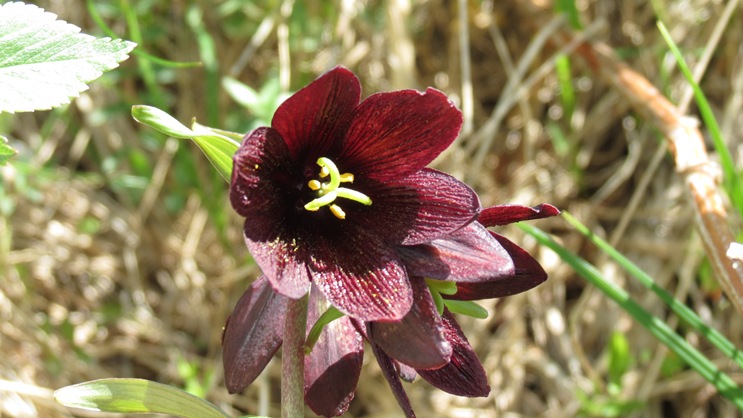 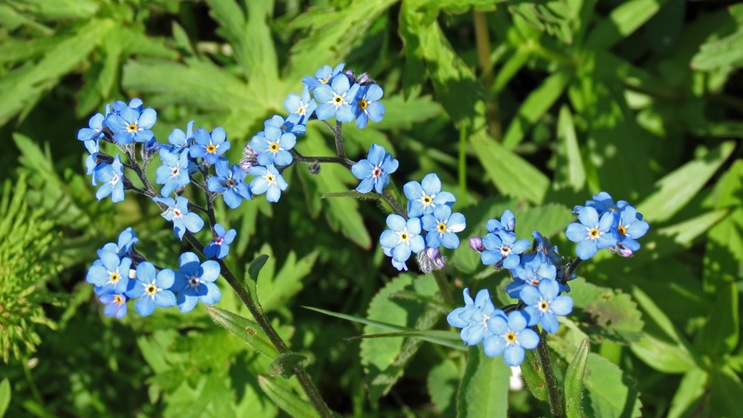 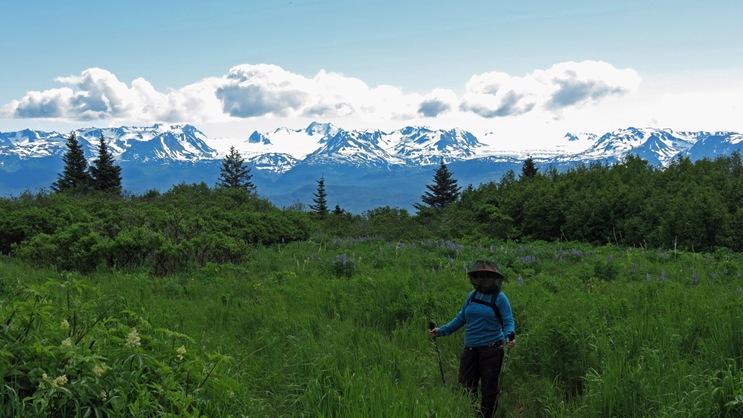 Driving back to town we found a viewpoint with a great view of most of Kachemak Bay. 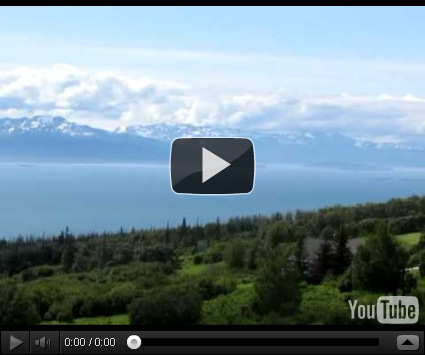 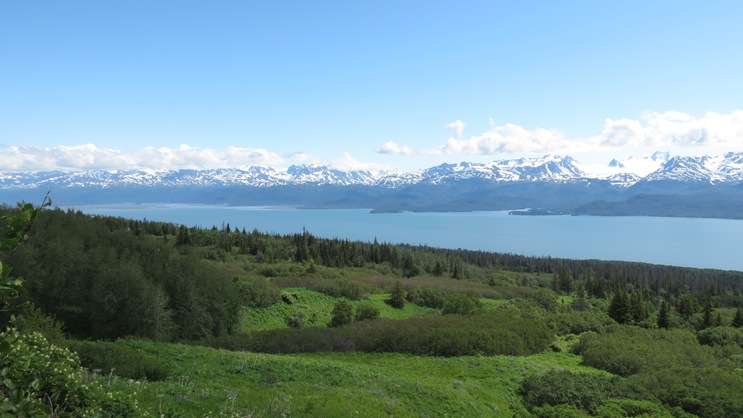 From this side you could really see how far out in the bay that the spit goes. The small dark line in the middle of the picture below is the end of the spit. 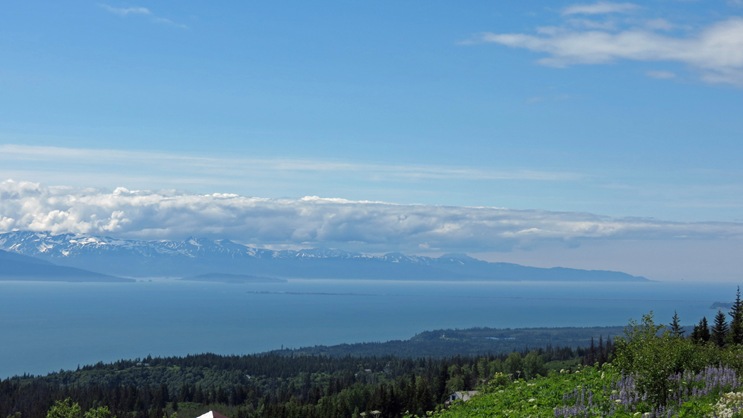 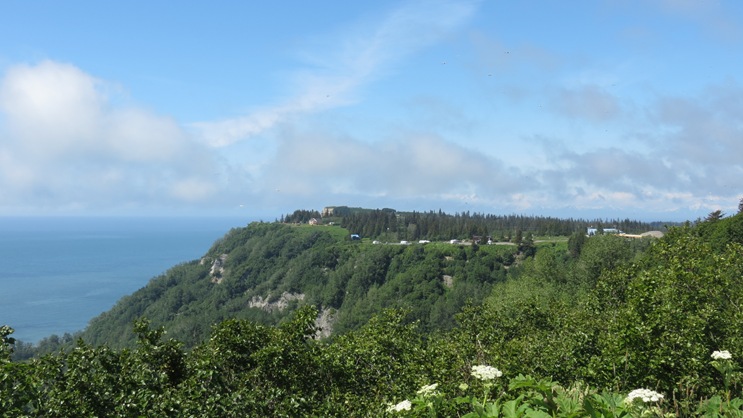 The next hike was on the other side of town. We passed by the viewpoint that everyone stops at to see the spit for the first time. The view paled in comparison to the one we just had but they had some nice gardens which Jennie investigated. 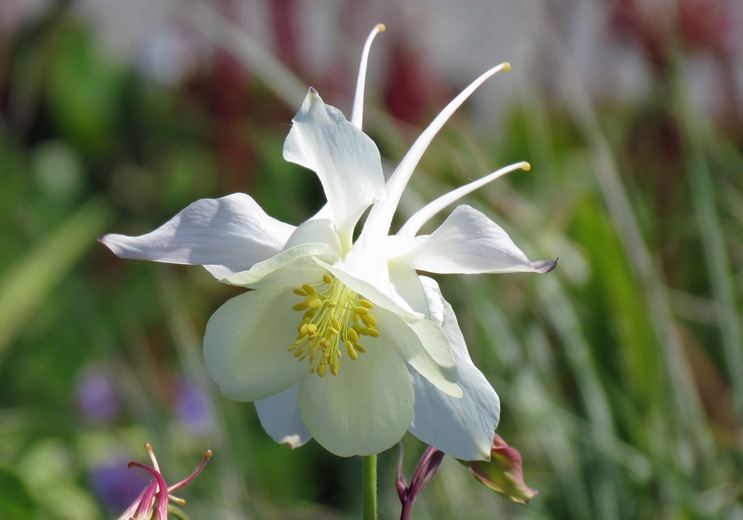 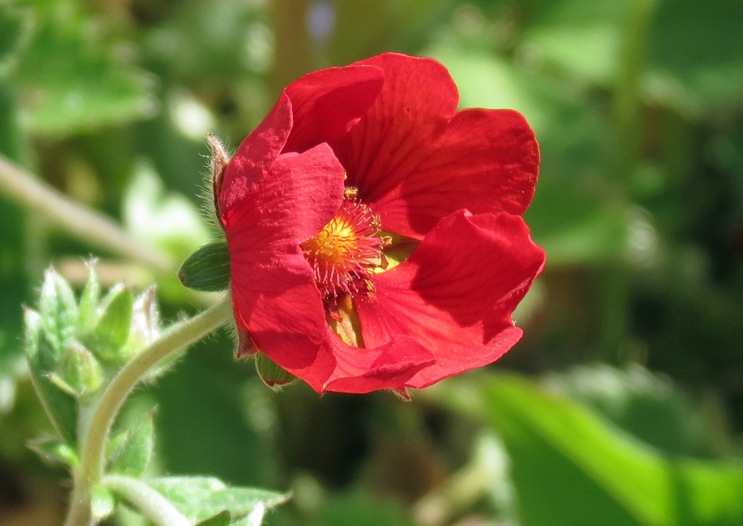 The path was called the Diamond Ridge Trail. We drove about 1 mile in off the highway on a very bumpy dirt road. The trail zigzags from the bluff down to the beach following the valley created by a stream. 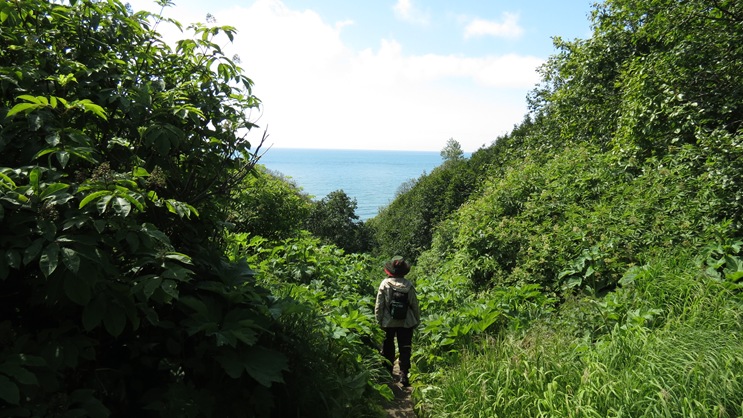 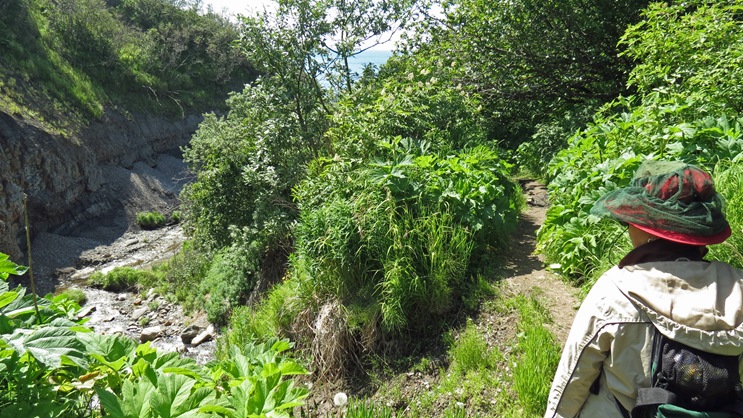 Once down at the beach, Jennie collected a few more rocks. 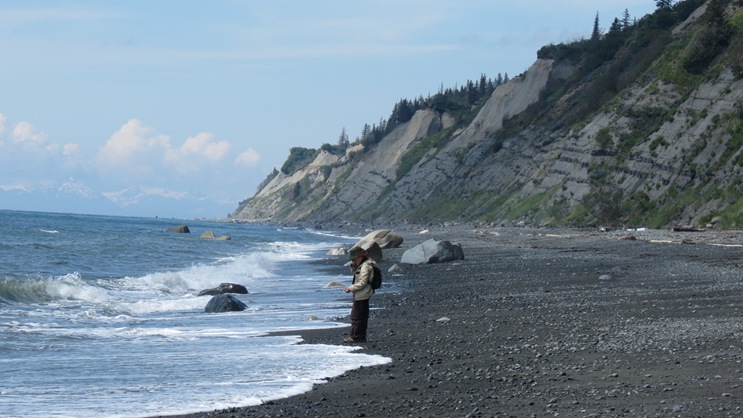 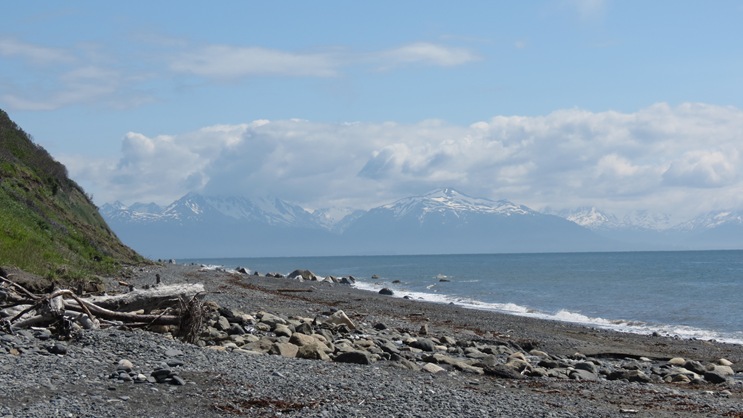 One of the volcanoes was visible across the Cook Inlet. 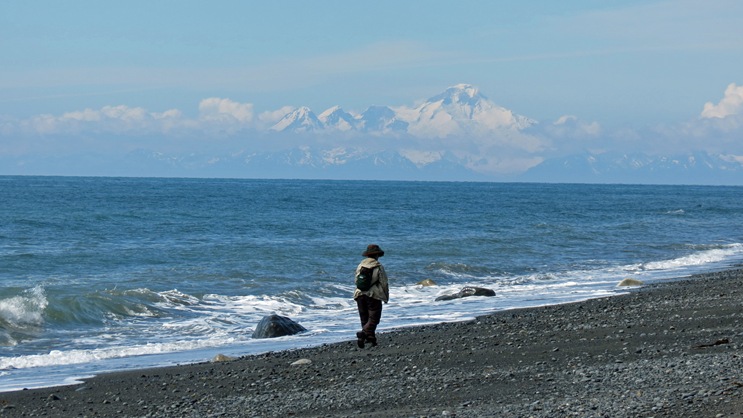 After the climb back up to the car we headed back to the RV. 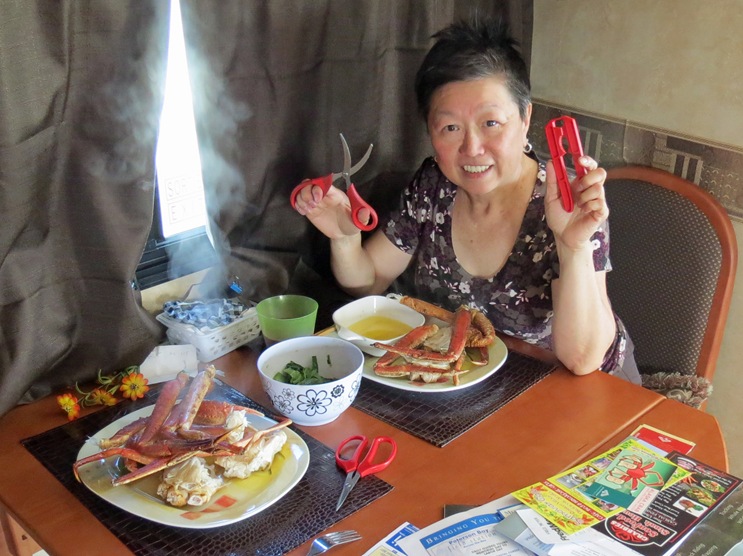 Not being crab connoisseurs, we have no idea how it compared to king crab but it tasted great to us. 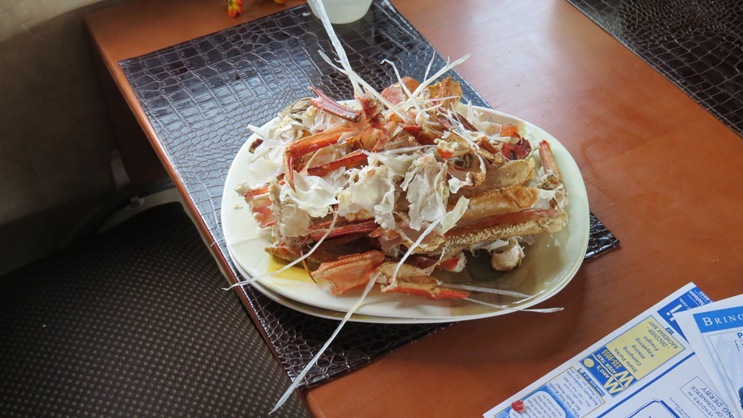 I went for another walk around the campground after dinner to work some of it off. It was low tide. 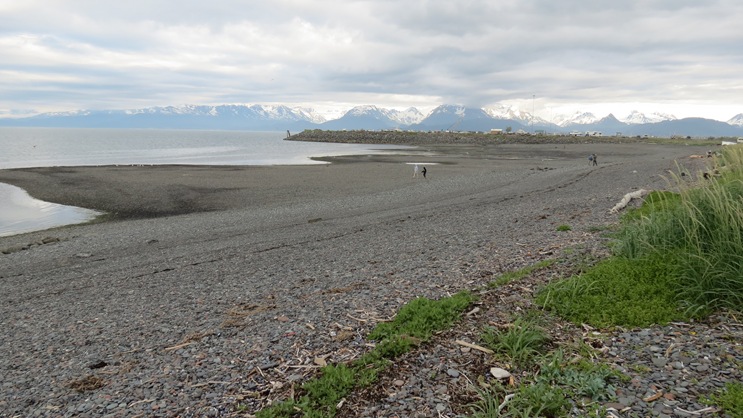 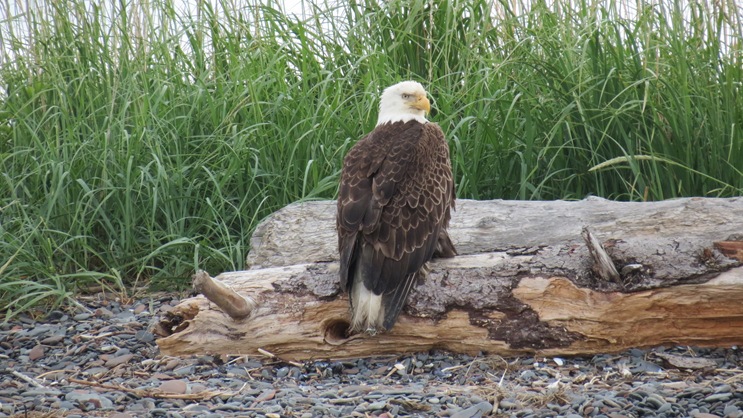 They have a pond with only a small opening to the sea, where everyone seems to fish, when it not low tide. 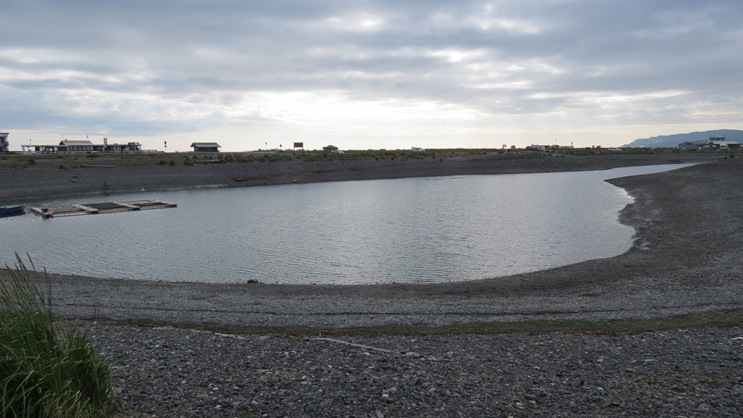