Yesterday we did the very easy drive to Maine. Since we were at a relatively high elevation and were going to the coast it was mostly downhill. It was also all on secondary, narrow two lane highways. As I have said before I much prefer these to the interstates because the scenery is so much more interesting.

I didn’t take many pictures though. This one is for my cousins as they have a yarn business called Cabin Fever. 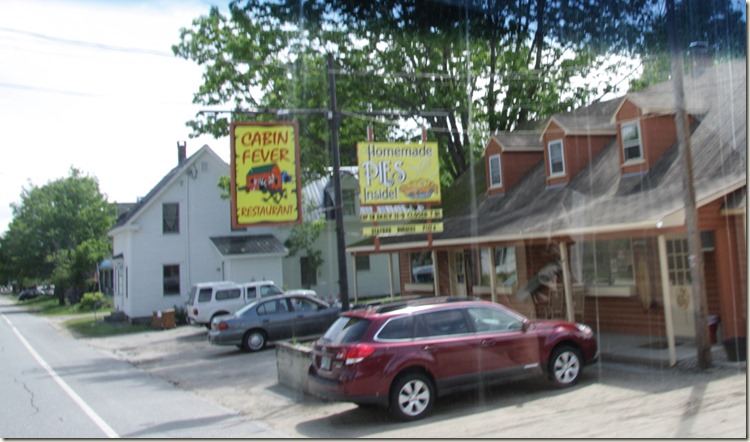 We are now at the Wild Duck Campground near Portland, Maine. It got great reviews on a website that I use but I should have checked the Google satellite view. The interior road are very narrow and the sites are very close together. When I drove in I missed our site because it was hidden by the huge RV next to it. I had to drive around the loop and try again. 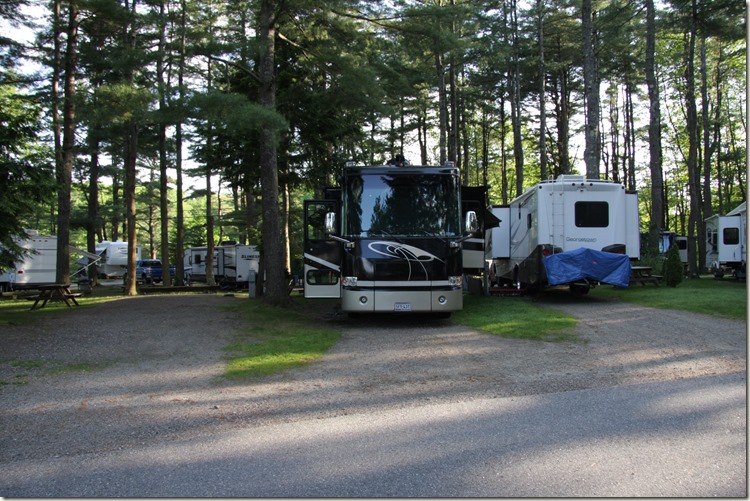 Also, with all the tall trees, it looks very nice but it means no satellite TV connection. They do give you a local cable TV connection but Jennie hates watching without her PVR so she can skip the commercials. 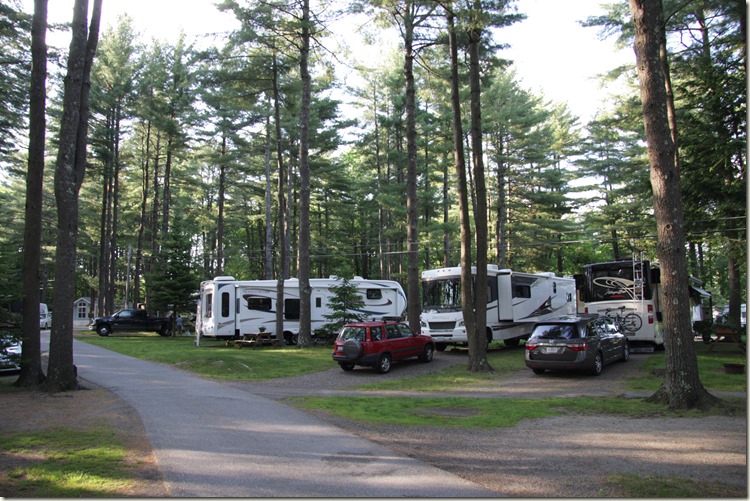 After we got set up we headed to town to check out new laptops. As much as I wanted to get one in New Hampshire, due to no tax, there was not much selection because all I could find was a Wal-Mart and a Staples. Here there was a Best Buy with a large selection. Their prices seemed reasonable compared to some places I checked online and sales tax in Maine is only 5% compared to 13% at home. So I have a nice new fast PC but it only comes with Windows 8 so now I am in learning mode.

Today was another sunny day with a high around 20C. We are only about 5 km from the ocean so we unloaded the bike and headed off.

Our first view of the Atlantic. It was still a bit cold so we had our jackets on. 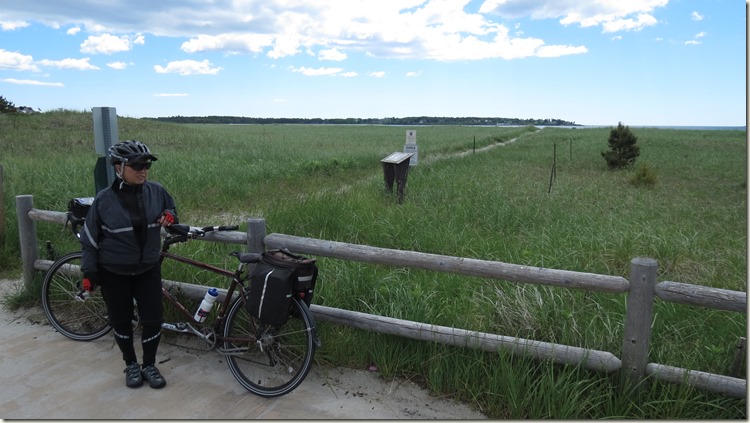 Around here there wasn’t too much development. As we got closer to town that changed quickly.

The town of Old Orchard Beach has a huge 7 mile long beach in front of it. The main road runs a bit back from the shore and every so often there are little dead end roads down to the beach. 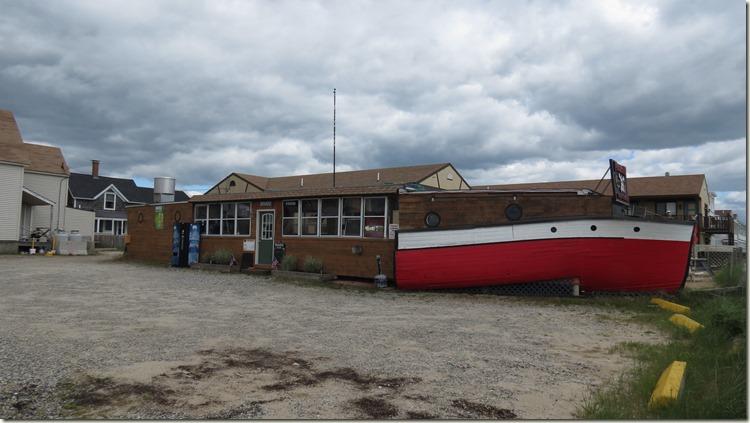 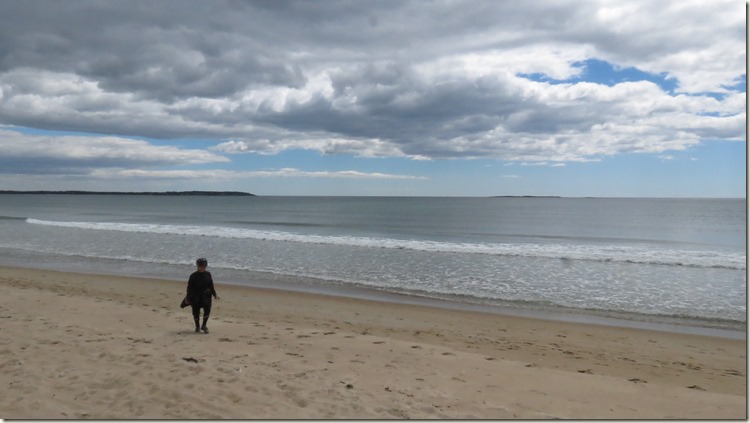 From one end of the beach to the other, the shore is just packed with motels, resorts and every other type of accommodation. They could not put any more in if they tried. It is obviously tourism central. 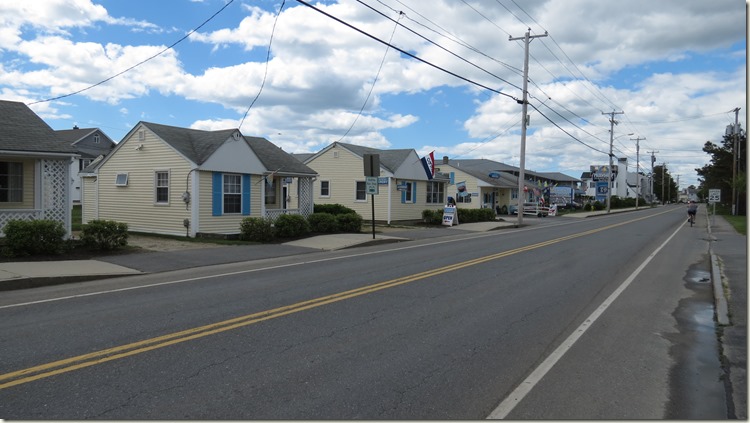 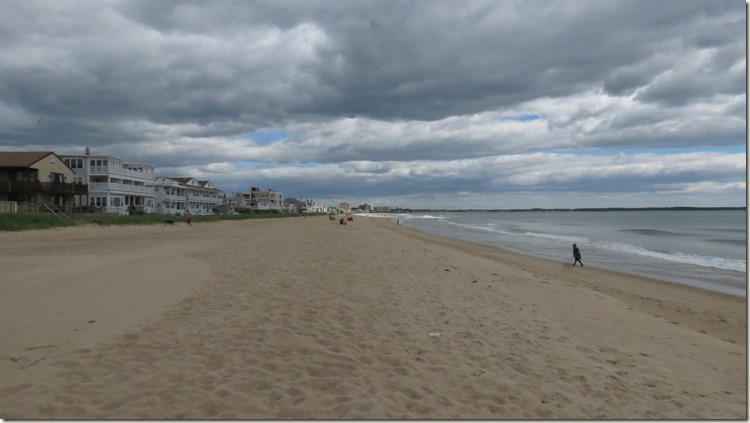 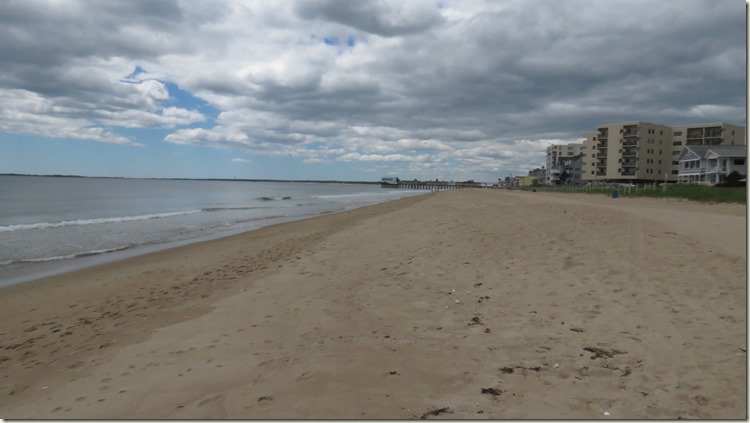 Parking is also in high demand. Everywhere wanted $5 to park your car for the day. Some of the motels were even up on stilts so that you could park underneath and not use up the valuable real estate.

Taking pictures from the bike is a pain. I will get more when we go back.

Right downtown is a pier and an amusement park. Many things were not open yet. Most of the accommodations were empty and we could see everyone out doing maintenance for the coming season. 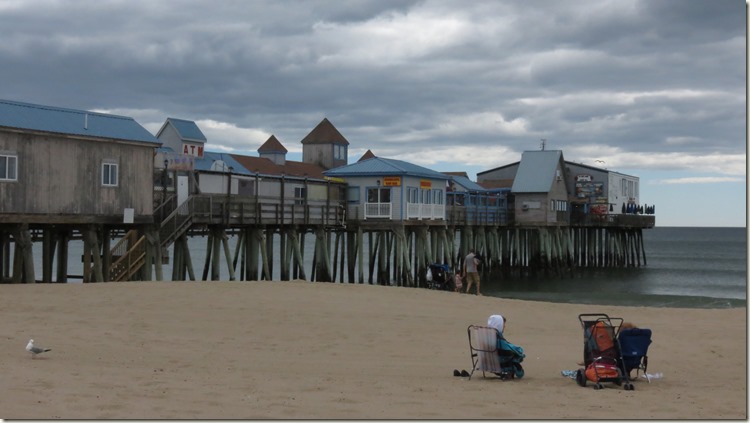 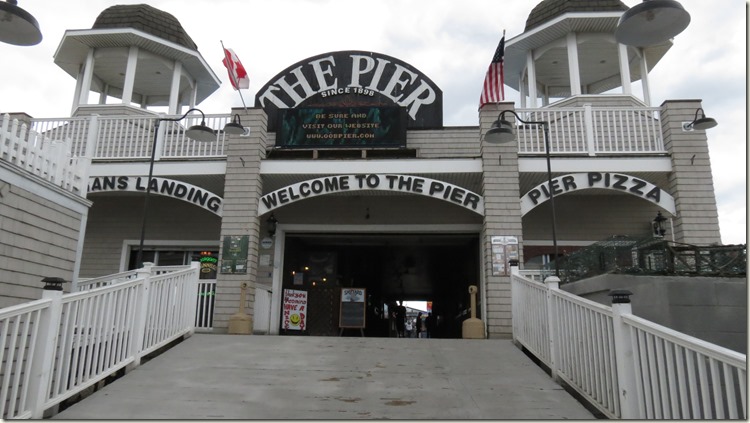 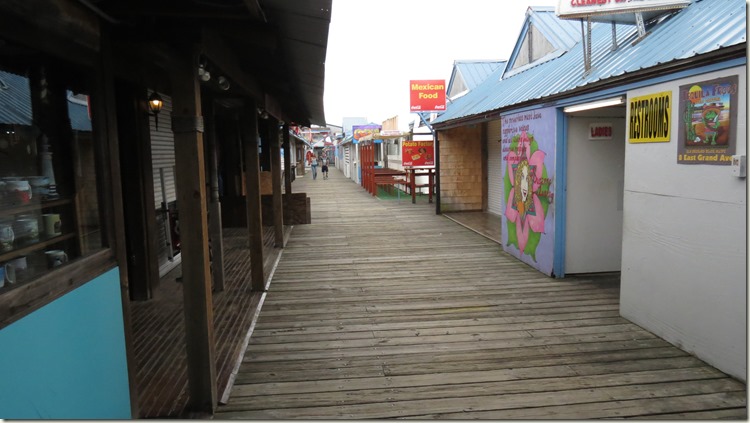 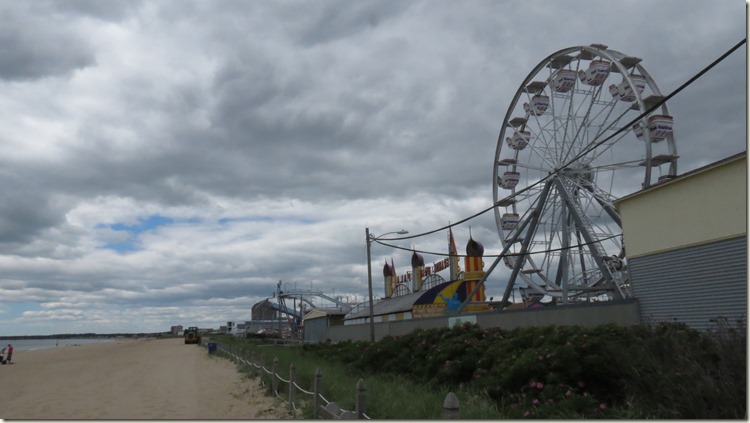 A sign at the amusement park said that it is now only open on weekends. We may come back then just to people watch.

To the west the motels gave way to houses, large and small, that all seemed to be available for rent. I guess it is too valuable to actually live here. We sure didn’t see many people around. 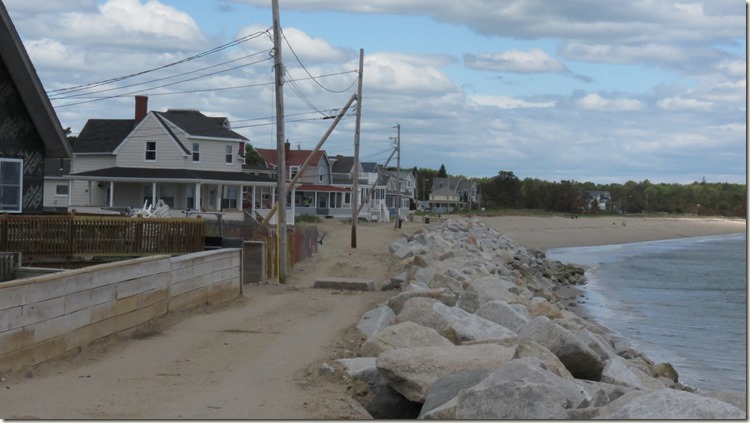 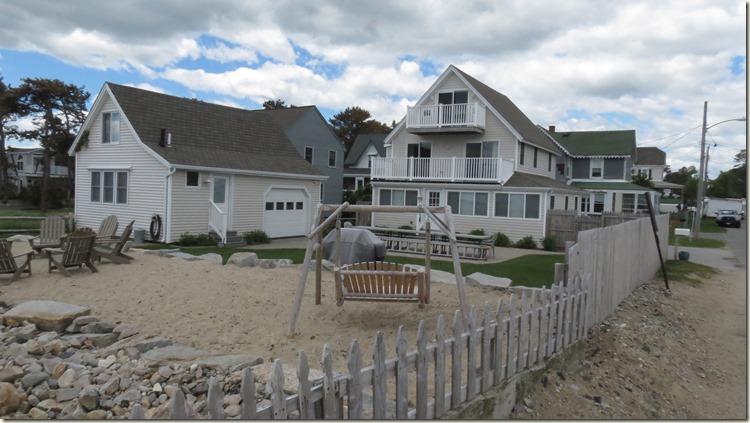 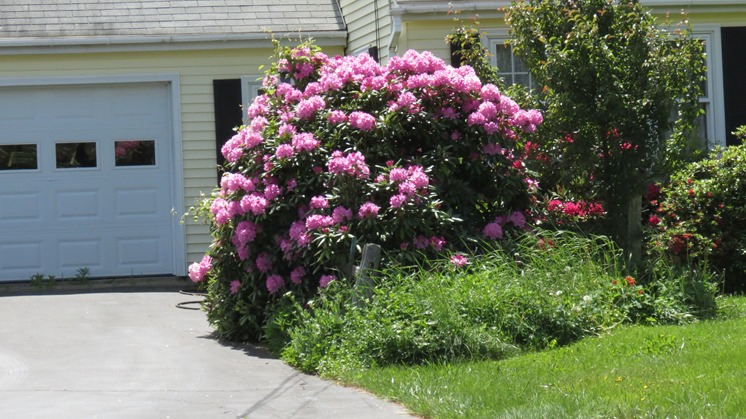 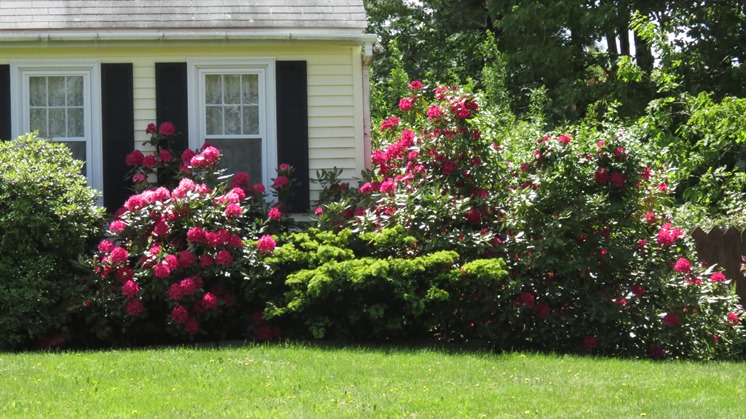 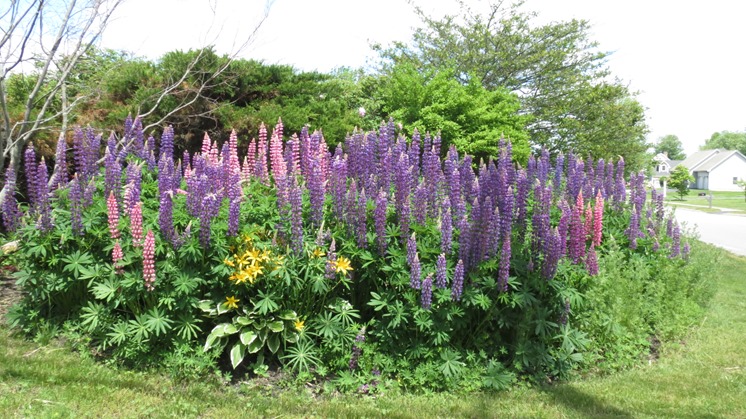 This is where we stopped for lunch watched over by an attentive scrounger. 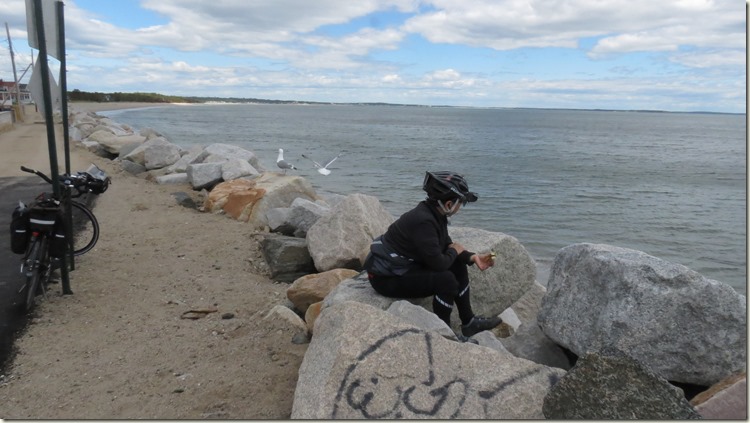 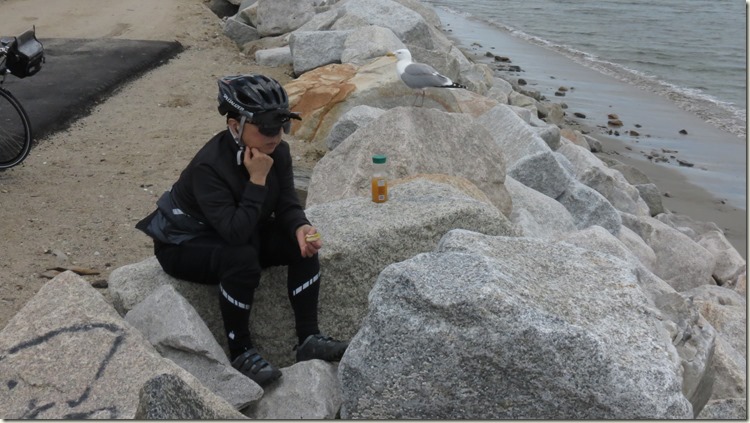 We got to the end of the line when we reached this breakwater. 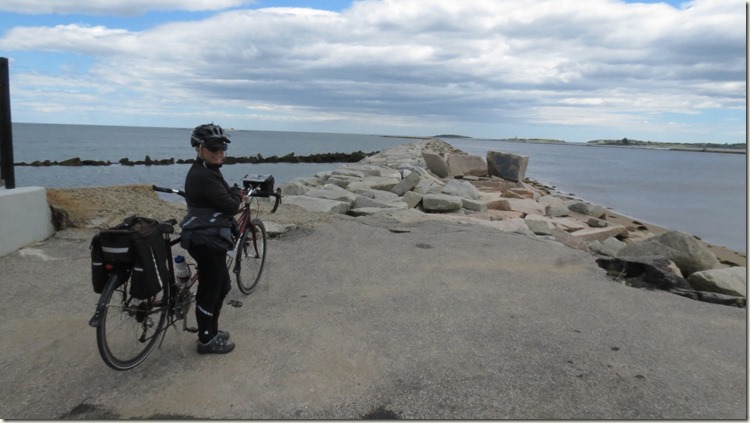 It looked like they had placed the stones so that you could walk out on it but our biking shoes, with the clips, are not very grippy. 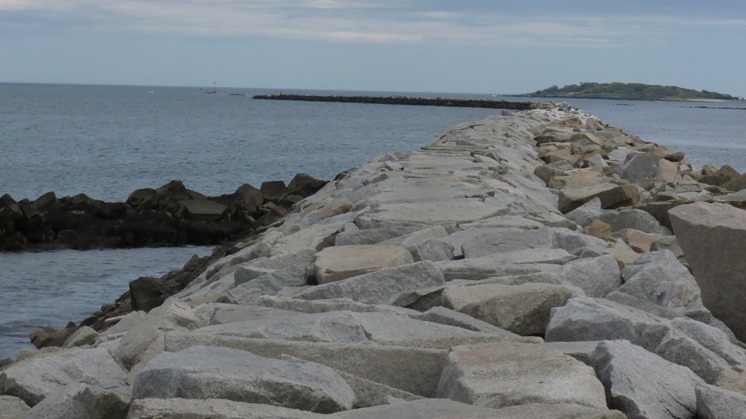 I had originally planned to head north from here and catch a bike path on an old rail bed that would take us almost directly back to the campground but the rail trails tend to be a bit boring so we just retraced our path back along the shore. Of course stopping for some ice cream back in town. 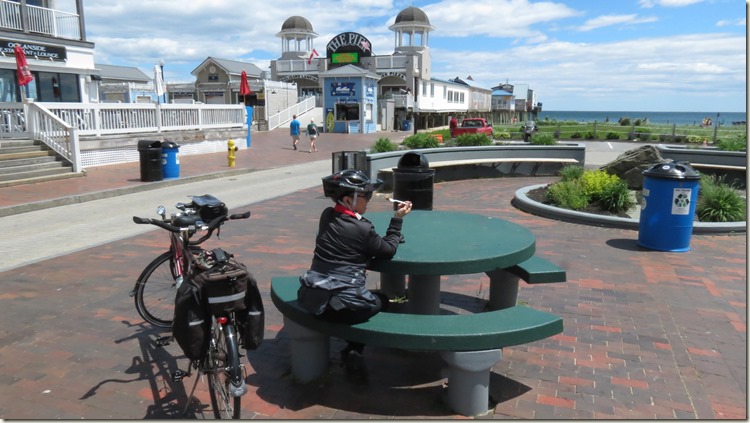 On the way back we spotted this guy. I wish I had gotten its entire reflection in the picture. 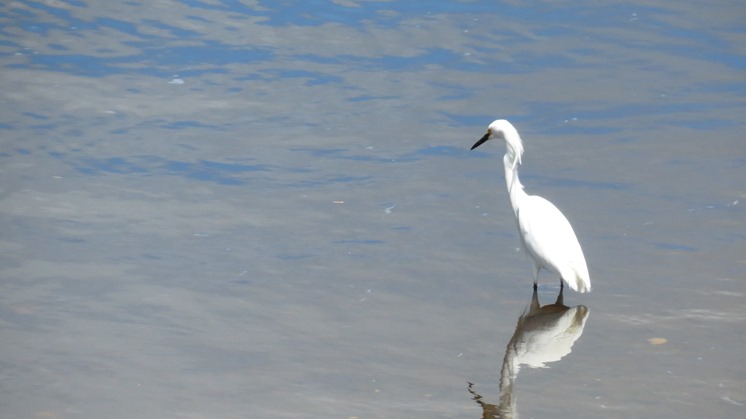 It was only about 40 km and mostly flat but we crashed for a short nap.