Today we made the move north and higher in elevation to Estes Park on the eastern border of Rocky Mountain National Park.

Last night we witnessed a great lightning storm right out the front window of the RV. At it’s peak there was a strike about every 5 seconds.

Since it was too light out to try and catch a picture using a long time exposure, I put Jennie’s camera in movie mode and then extracted some of the frames. Since the camera shoots 30 frames a second you get some weird shots with only part of the strike. 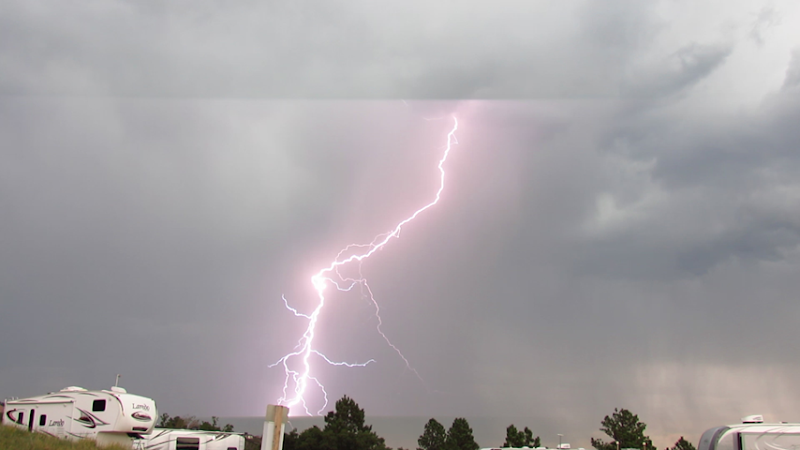 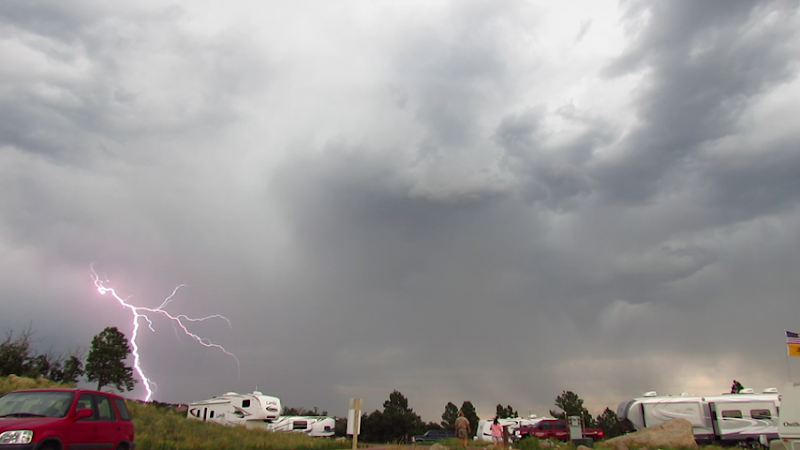 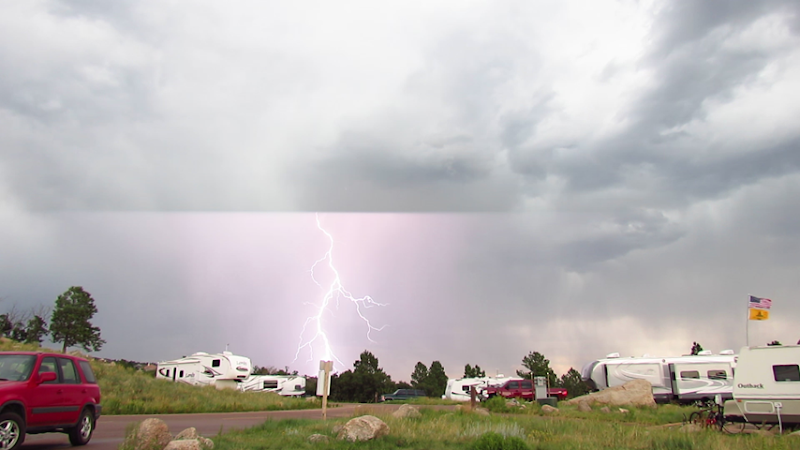 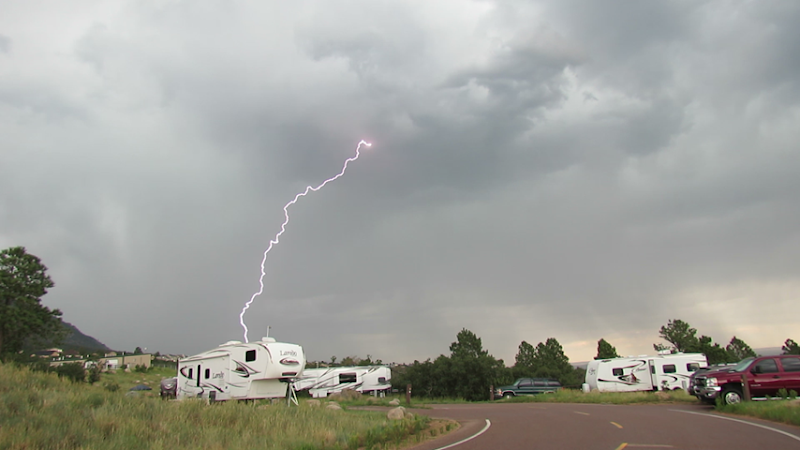 Next I tried putting the camera in high speed movie mode where it shoots 120 frames a second. I managed to catch a strike and create an animated GIF out of it. I didn’t notice at the time that the camera was not quite focused but I think it is still quite interesting.

Back to today. The drive up through Denver was on Interstate 25. The first part was easy going. 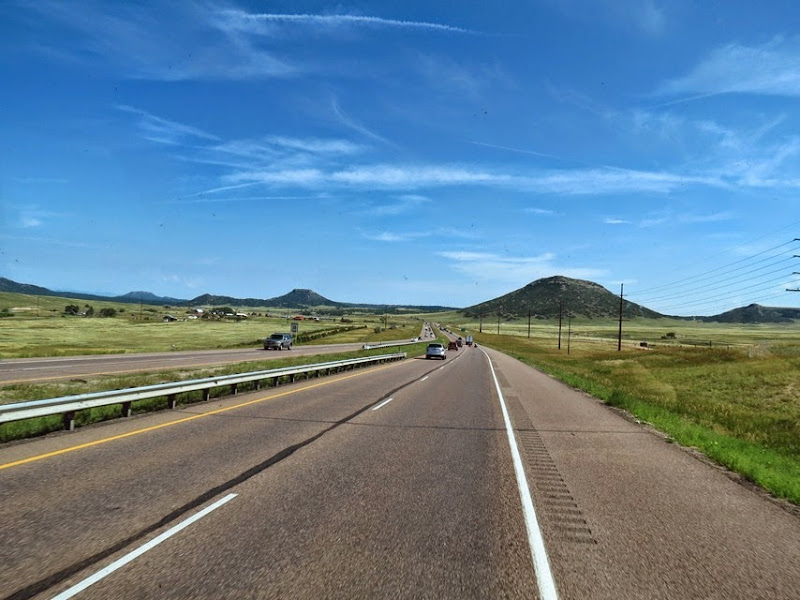 I had hoped to get through Denver before the lunch hour traffic. We got there around 11 but … 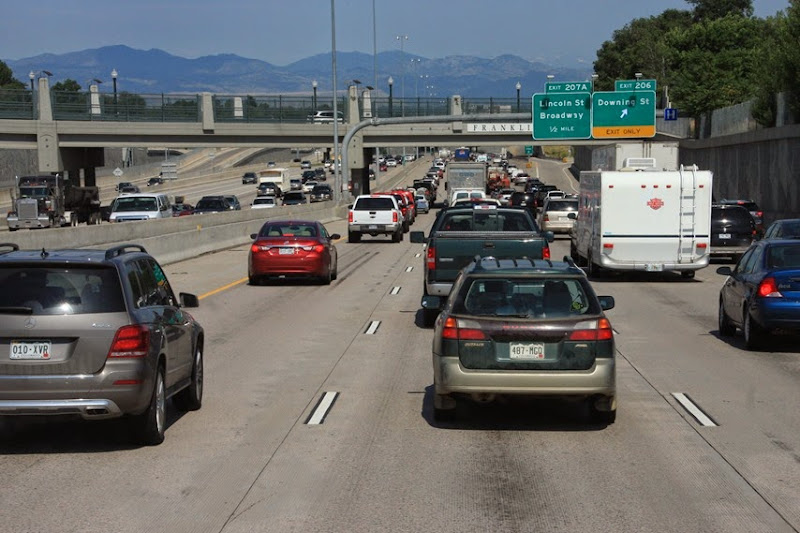 From Denver we took Highway 36 northwest to Estes Park. I think it was badly affected by flooding last year and was closed for a long time. They are still rebuilding it. We were stopped for about 1/2 hour waiting at a 1 lane portion. 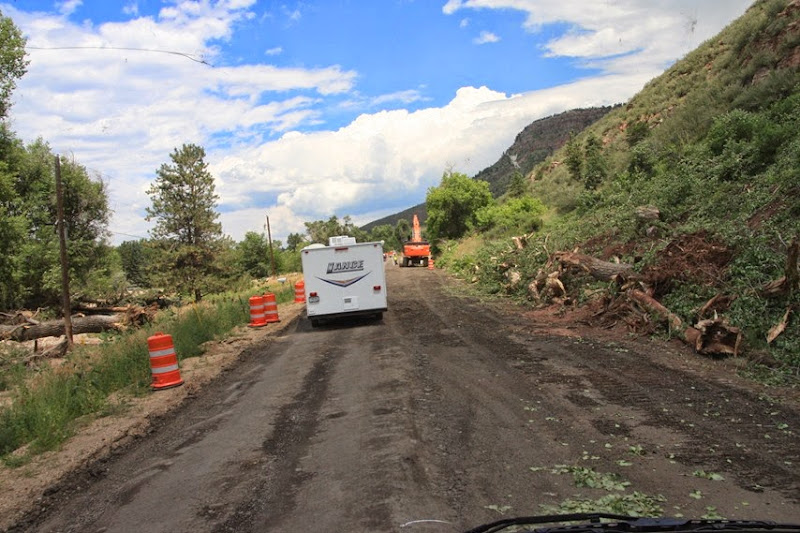 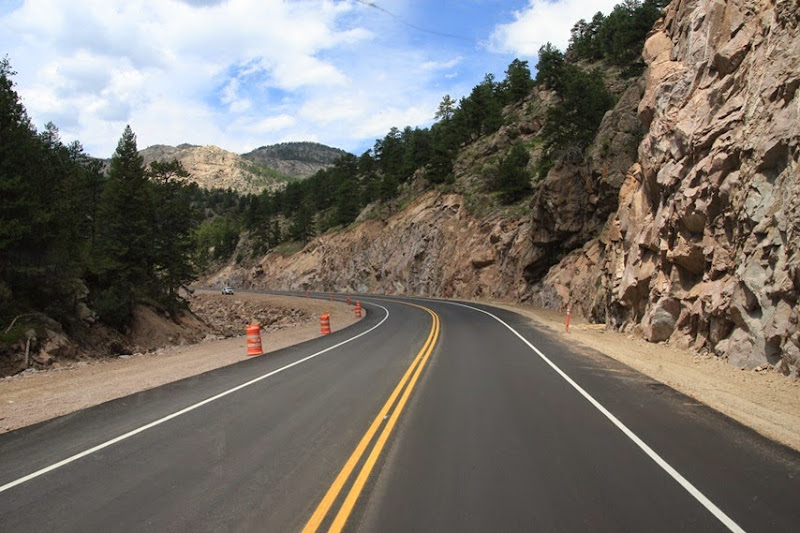 And into Estes Park. 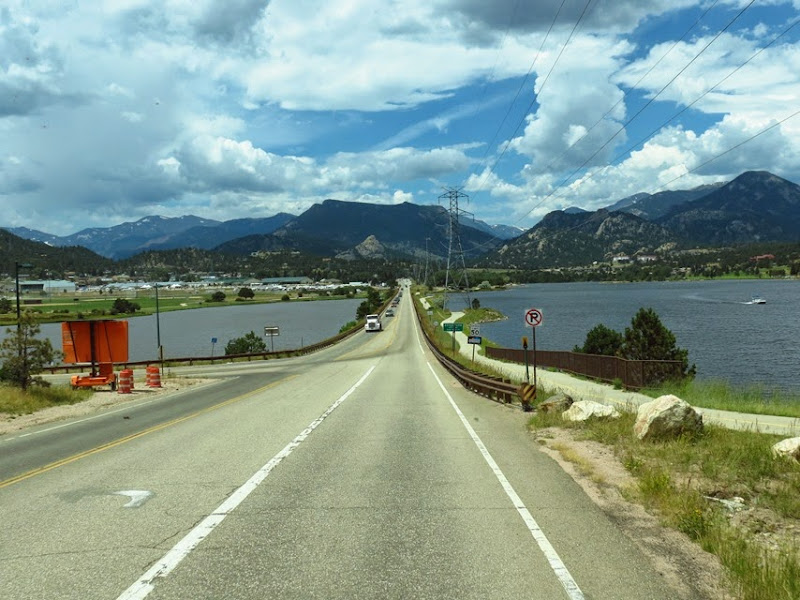 We are staying at a municipal campground. Just a gravel parking lot. The campground is full tonight. 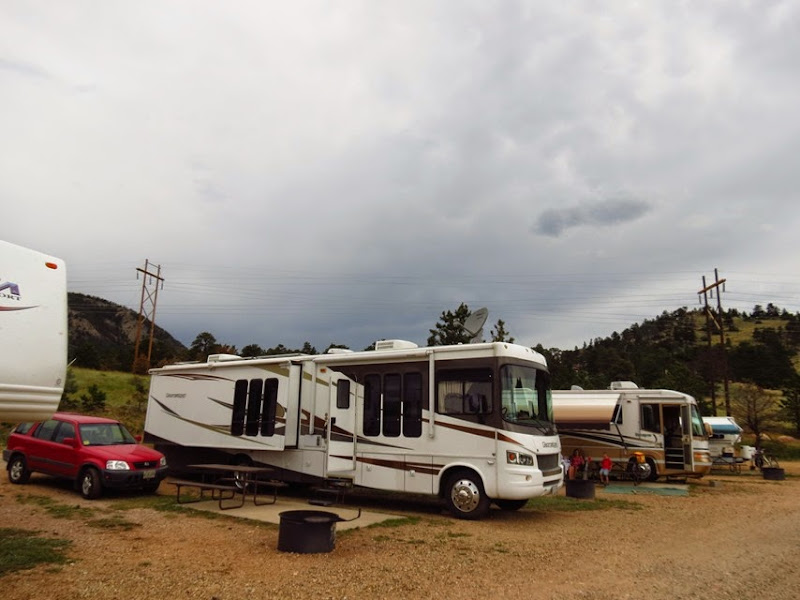 Not a great view either. 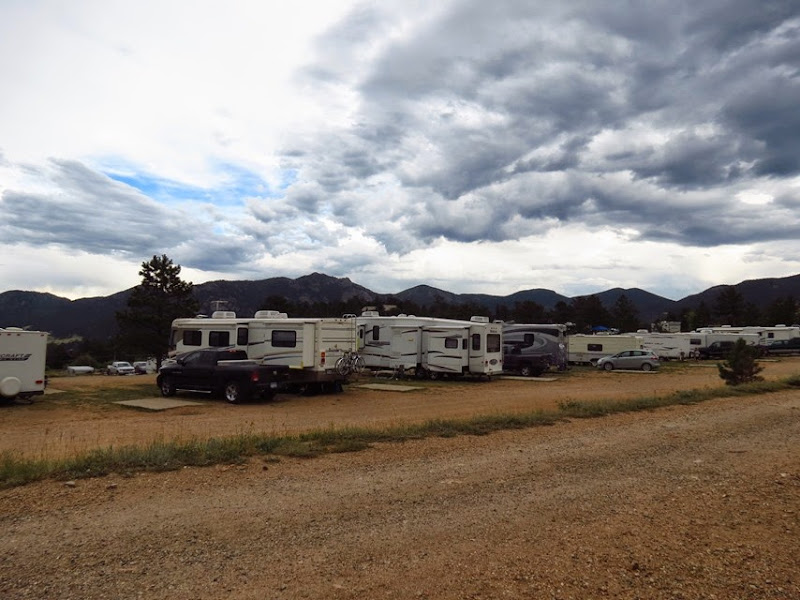 After we setup and had lunch we went over to one of the national park visitor’s centers to collect maps and watch the park movie.

As we left the movie I noticed that people coming in were soaked. Not knowing how long the rain would last we made a mad dash to the car. Mistake. We too got soaked.

Back at the RV, the weather has been quickly going from bright, hot sunshine to driving rain with really strong winds, and back again. We did get a nice rainbow for a short time, though.

All the brochures say that this is another places where you do everything in the morning. We just love getting up early.

This is the last destination of our trip. We will be here for 11 nights before we head back to Ontario.