The last two days have been total washouts, literally. It rained hard and almost constantly for the whole two days and nights. I think in the entire time it may have stopped for a total of about 2 hours. 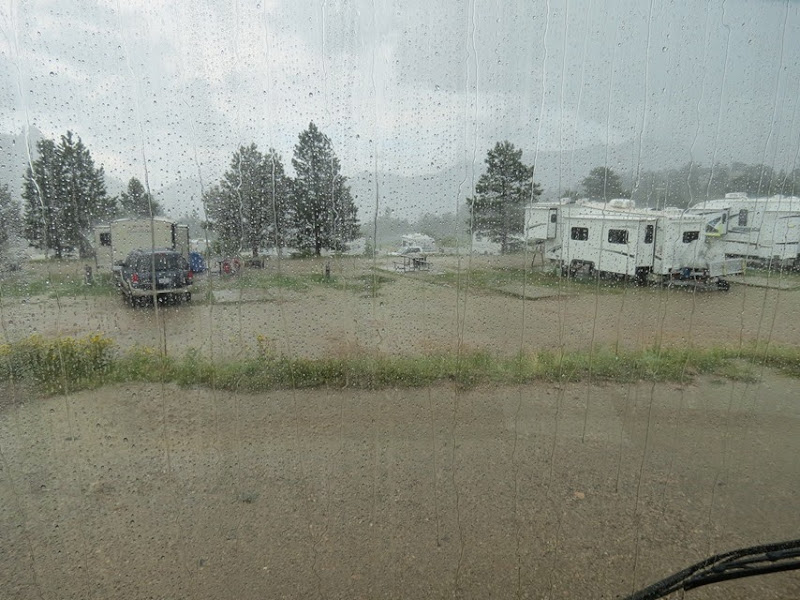 Jennie did a bit of grocery shopping but we mainly just stayed inside. The campground turned into a big puddle. 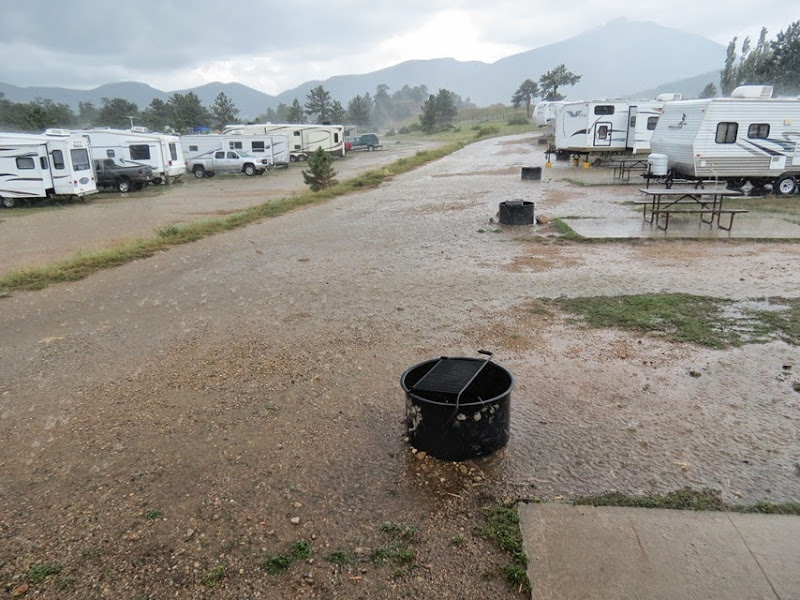 Today we made the trip down to Golden Colorado to visit my father’s cousin and her husband at their home.

We decided to take the Peak to Peak Scenic Byway to get there. It was a nice twisty road but it wasn’t vey scenic today. There was a bit of rain but it was mainly the low clouds that blotted everything out.

We did see this strange little church perched on a mound in the middle of a field. 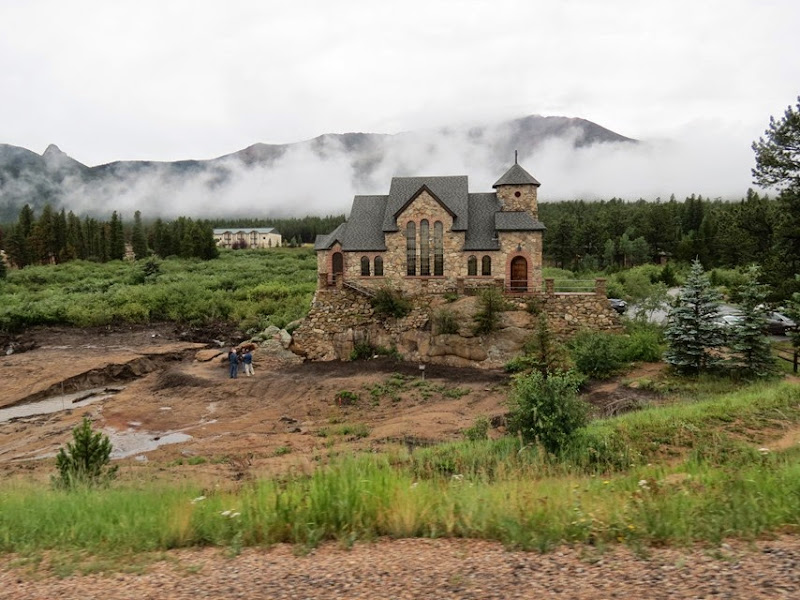 When we got as far south at the towns of Black Hawk and Central City the sign said “National Historic District” as we entered. I am not sure what was historic about it but I have never seen so many casinos bunched into such a tiny area. 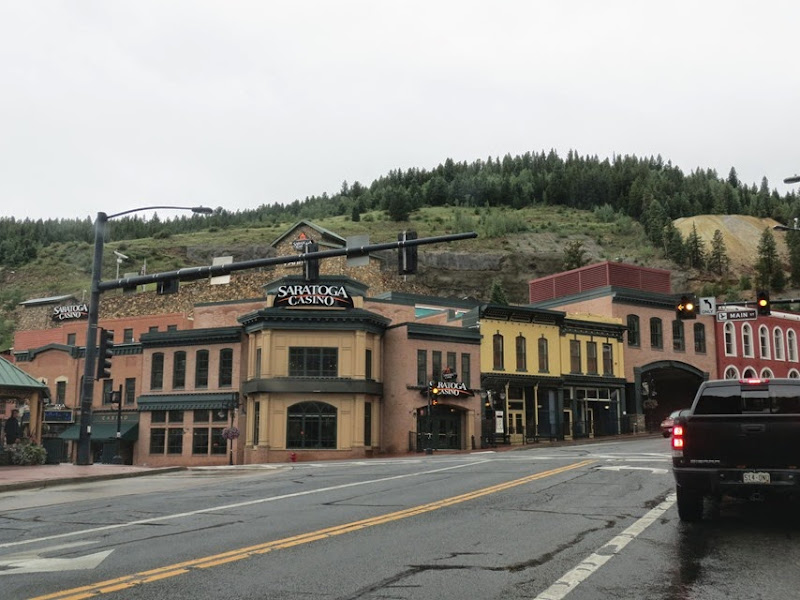 There was everything from a brand new giant one with a multi-story hotel to very small storefronts. Every building had something to do with gambling. It looked like they were even excavating for another huge one on the edge of town. 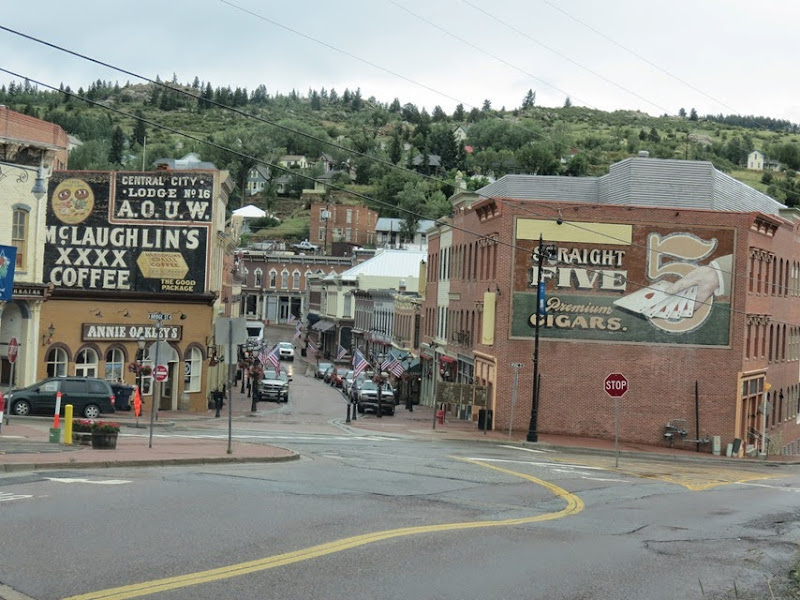 We eventually made it to our relative’s house in the hills west of Denver. 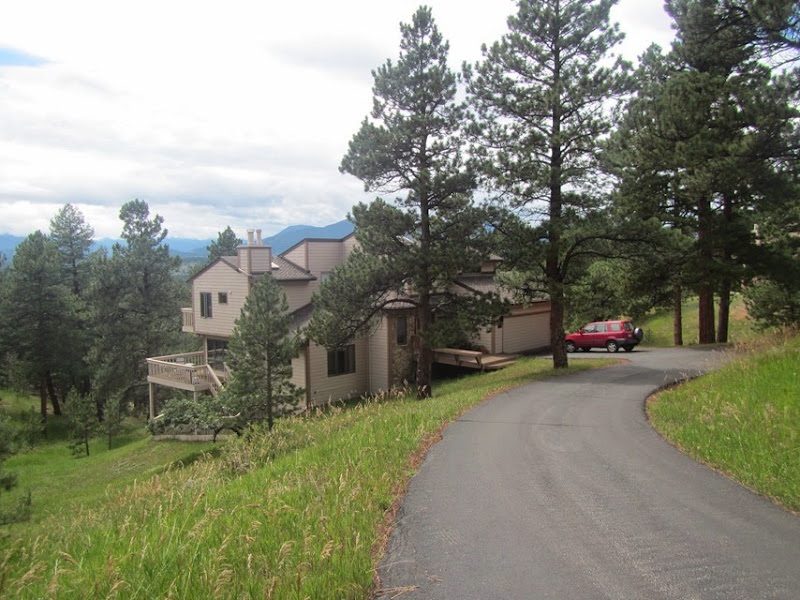 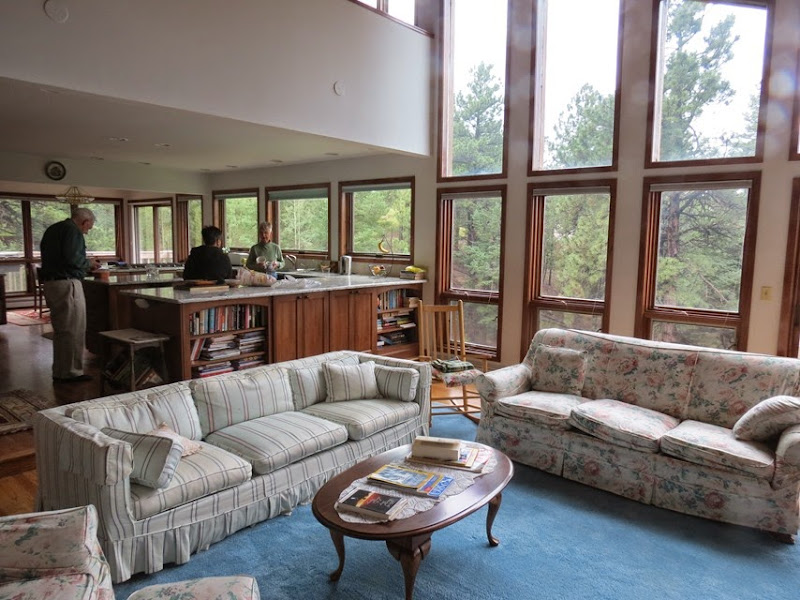 The view is much better when it is sunny. 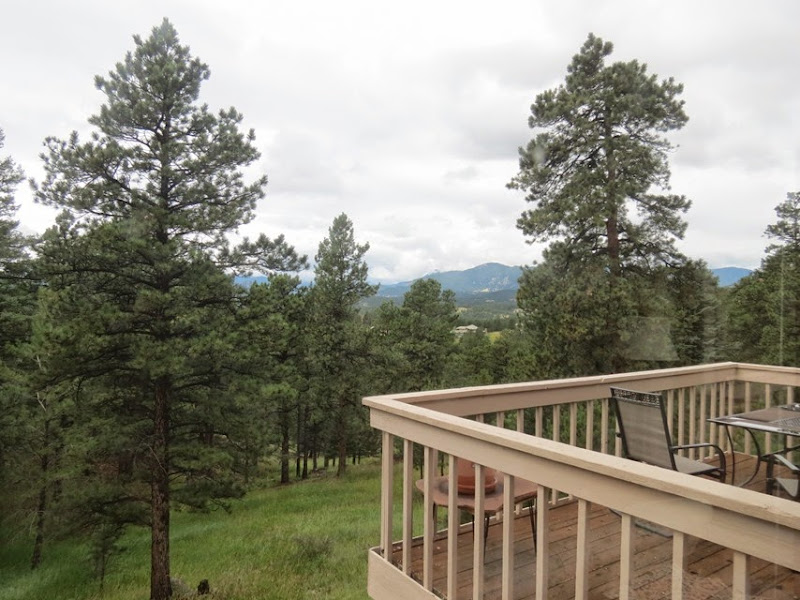 After having a nice lunch we went for a walk around the neighbourhood. Wow! 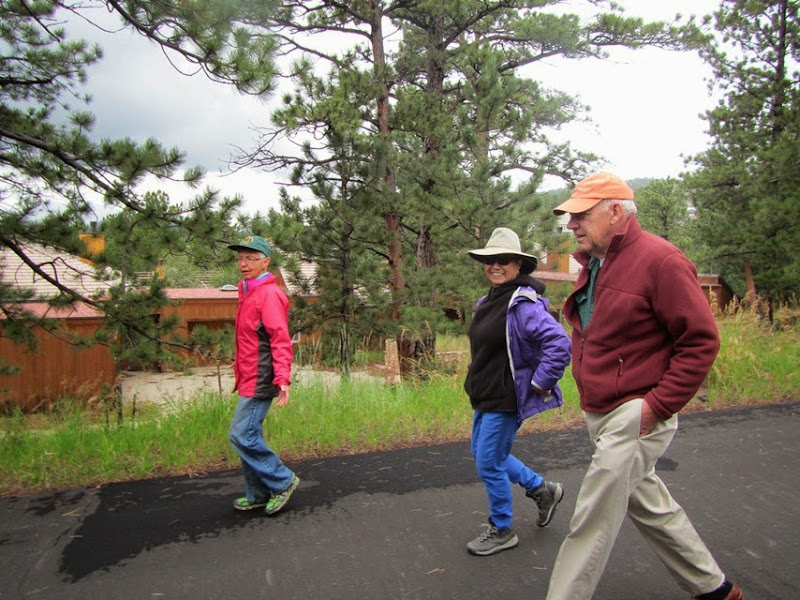 Their next door neighbour’s house is 11,000 square feet and the one after that is only 9,000. There were a lot of huge homes with great views.

The houses are in what is known as the Genesee Open Space. There are walking trails all through the area between the homes. 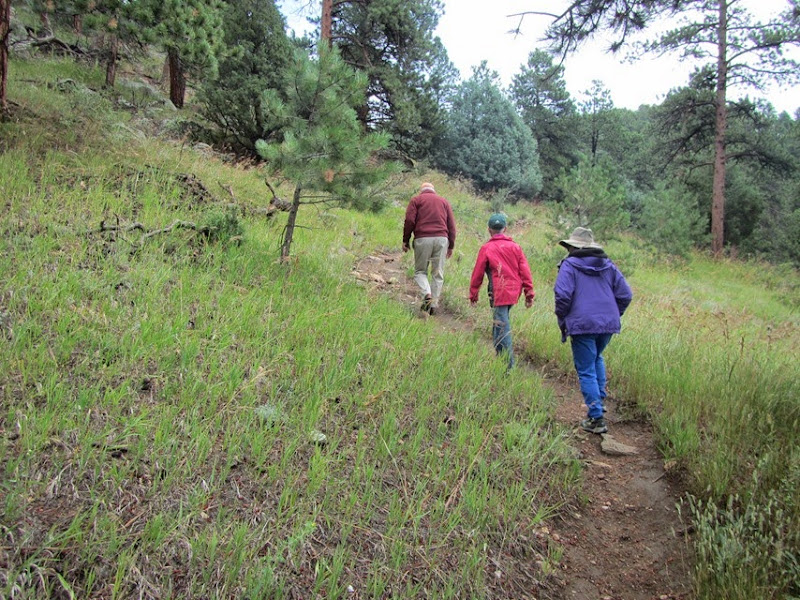 We got a few sprinkles on us but then the sun came out and it got hot. I think this was one of the biggest places. 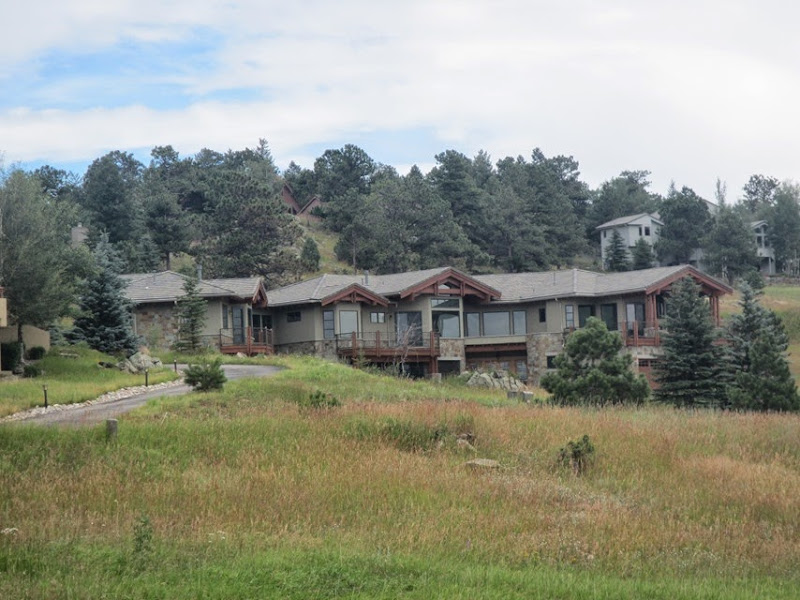 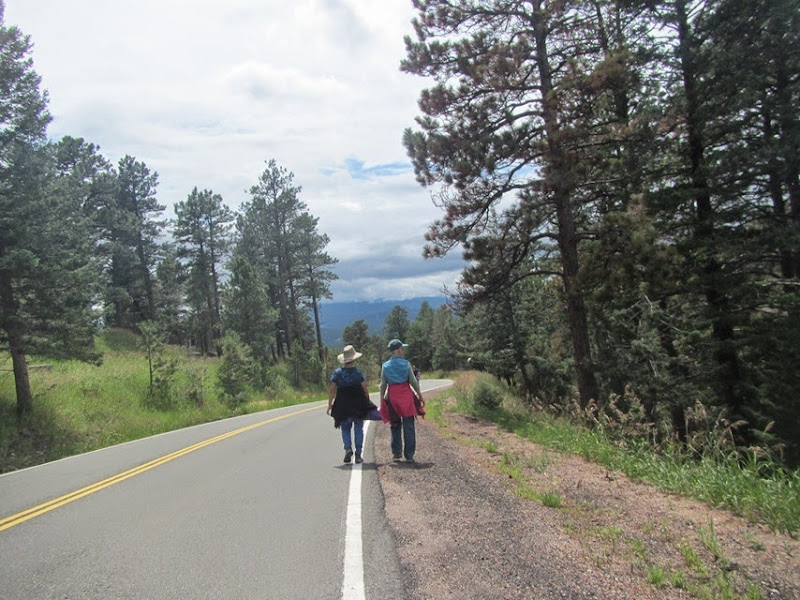 After a snack to revive us we drove down to an area called Red Rocks. 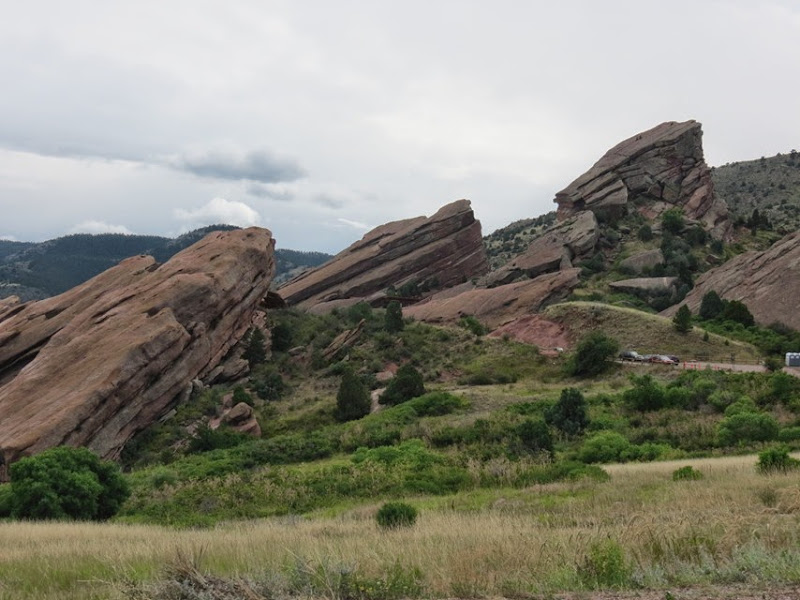 They have built an amphitheatre in amongst these huge rocky outcroppings. Unfortunately there was a concert scheduled for this evening so we could not get in to see it. 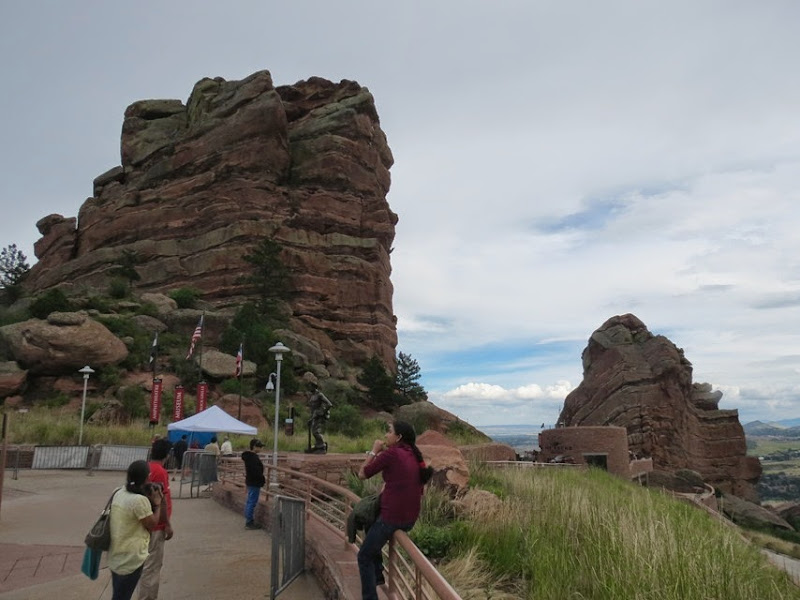 The view into downtown Denver. 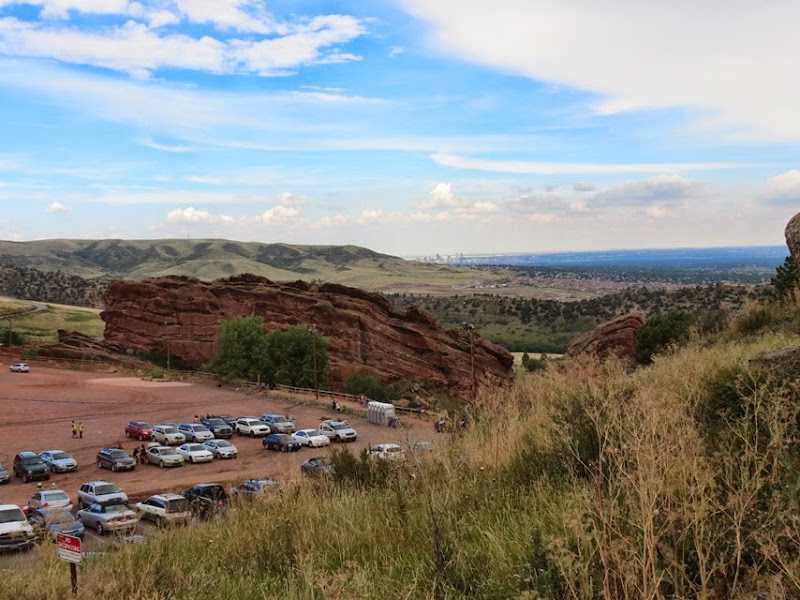 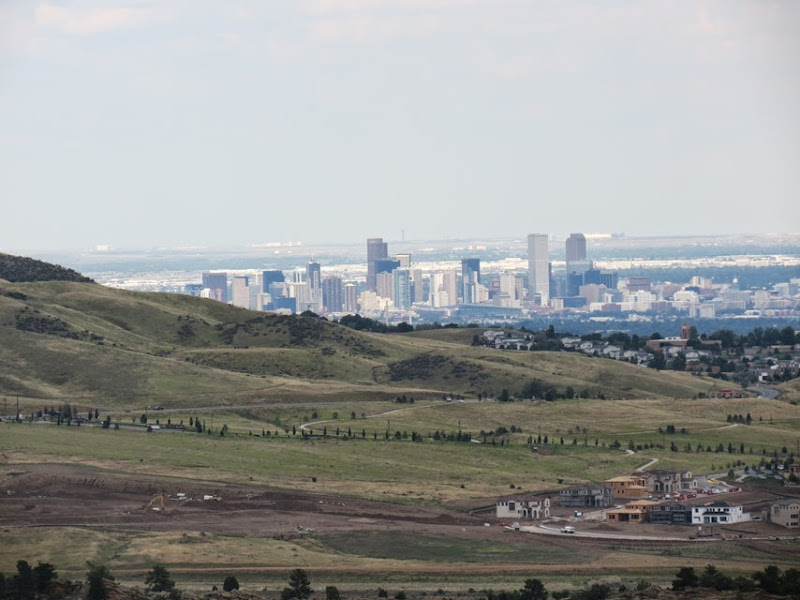 Back at the house we took a group photo before we headed home. 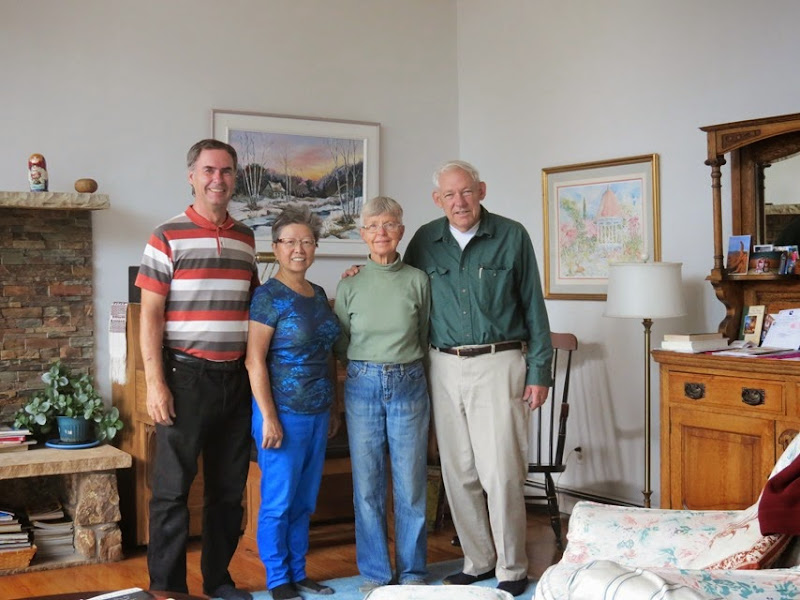 I hope the weather improves back at the park so we can do something tomorrow.