Yesterday it rained most of the day and we got some wicked thunderstorms last night. We just went into town to do a bit of shopping and gawk at the tourist traps. 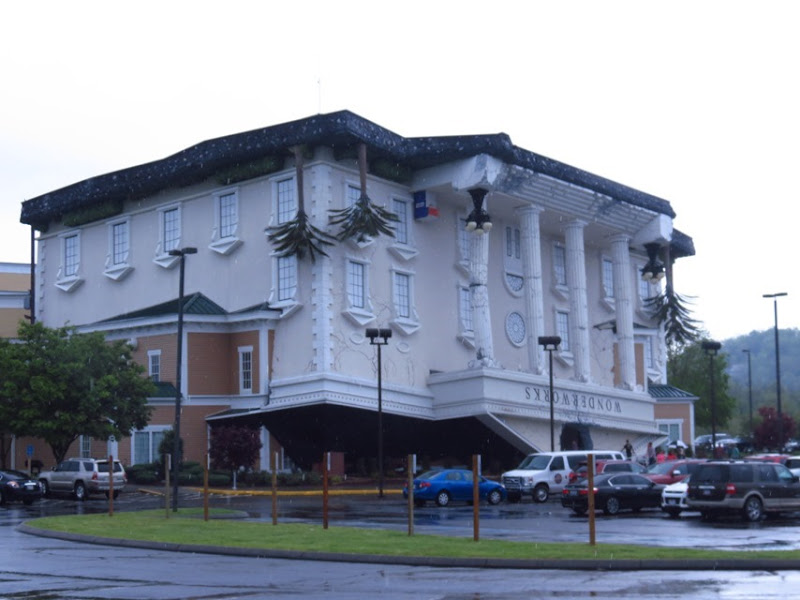 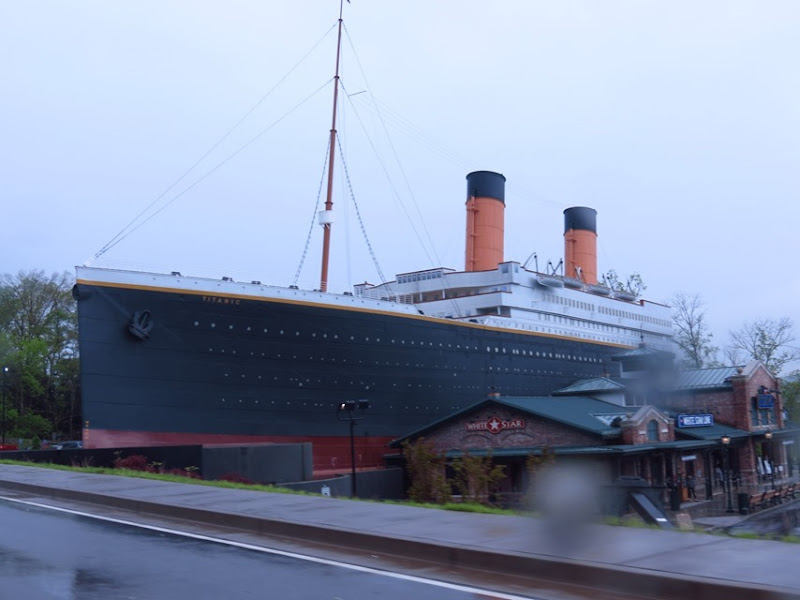 The forecast for today was not great so we didn’t rush to get up but when we did it was bright and sunny. Since we got so much rain last night we decided to do the one trail that is paved. The Laurel Falls trail is a relatively short hike (2.6 miles round trip, 500 foot gain) to a large waterfall. It is one of the most popular hikes in the park which is why it is paved. It is also quite close to us.

There were still a few spots left in the lot when we got there. 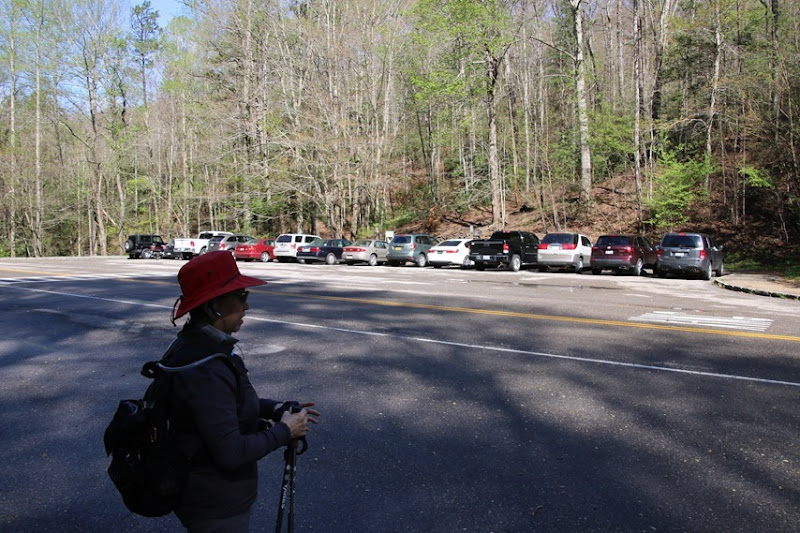 The trail was not that steep but we are still pretty out of shape so it required some huffing and puffing. 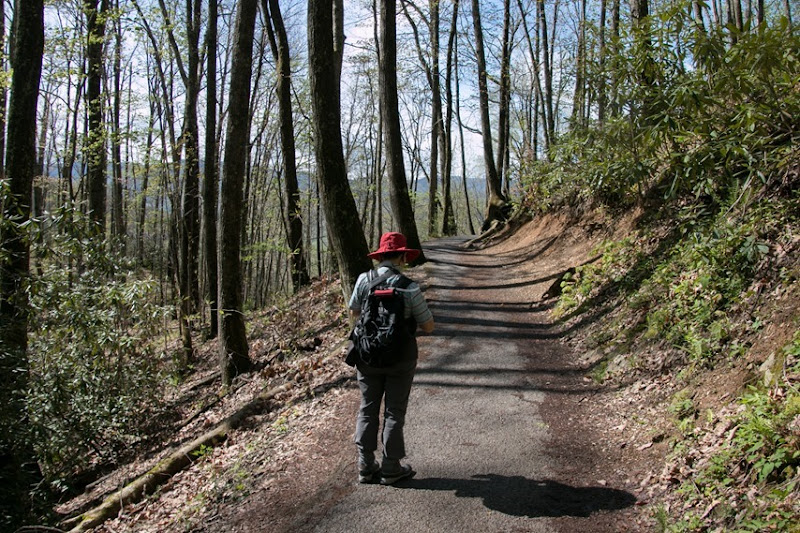 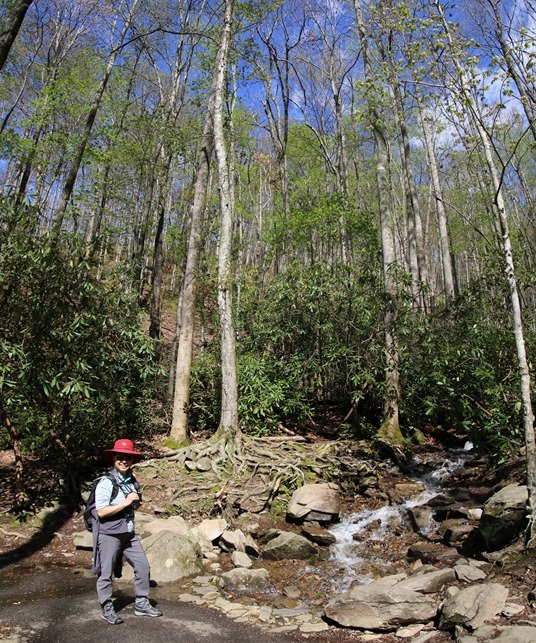 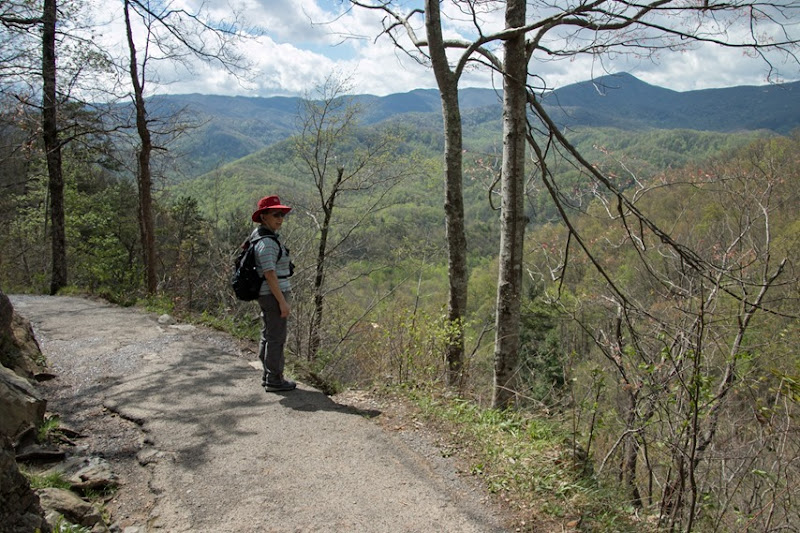 Arriving at the falls there is a bridge that crosses the area between the upper and lower falls. 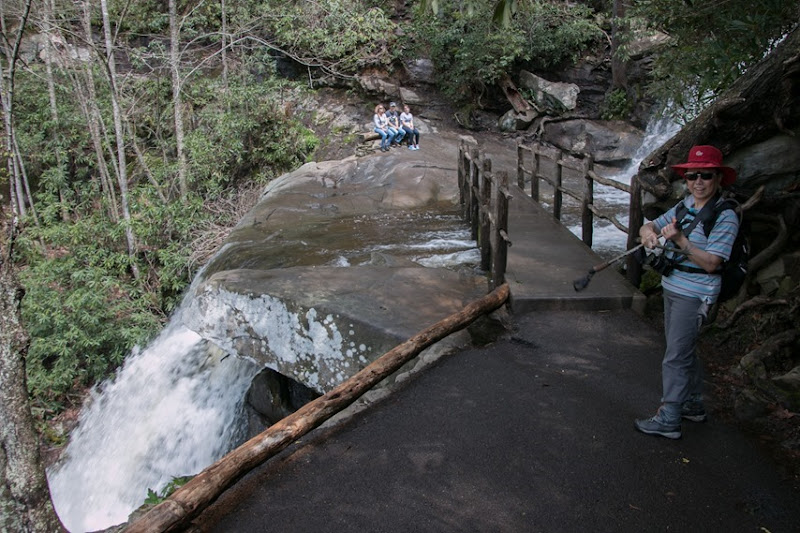 There were a bunch of signs saying to not get close to the edge because people have died here. It would be really easy to go over with no fence and the rocks being so slippery. 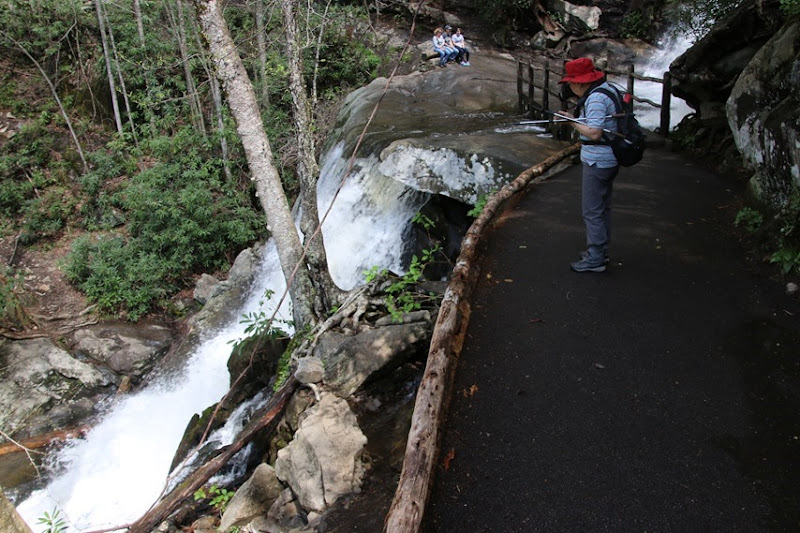 With all the rain the falls where really moving and kicking up a good spray. 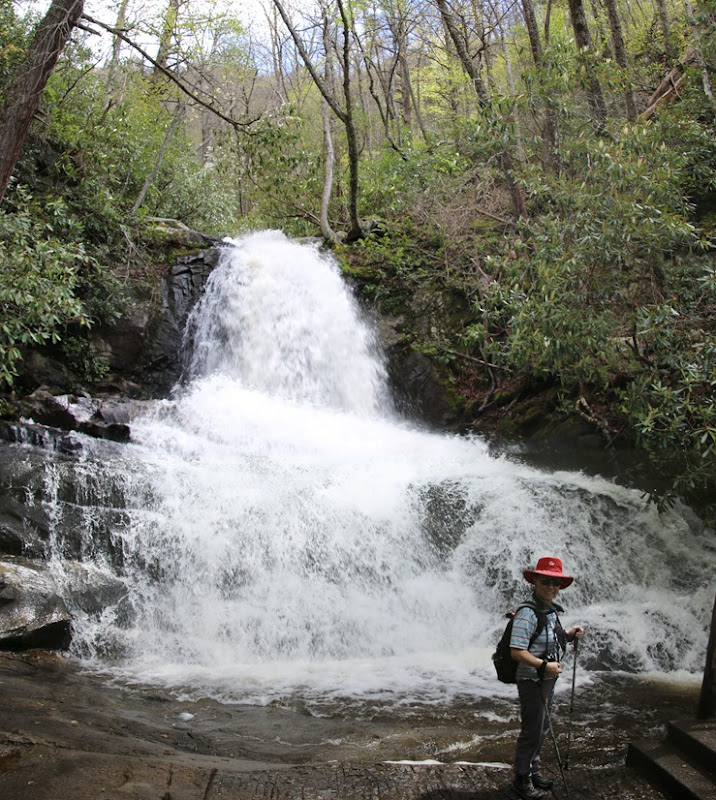 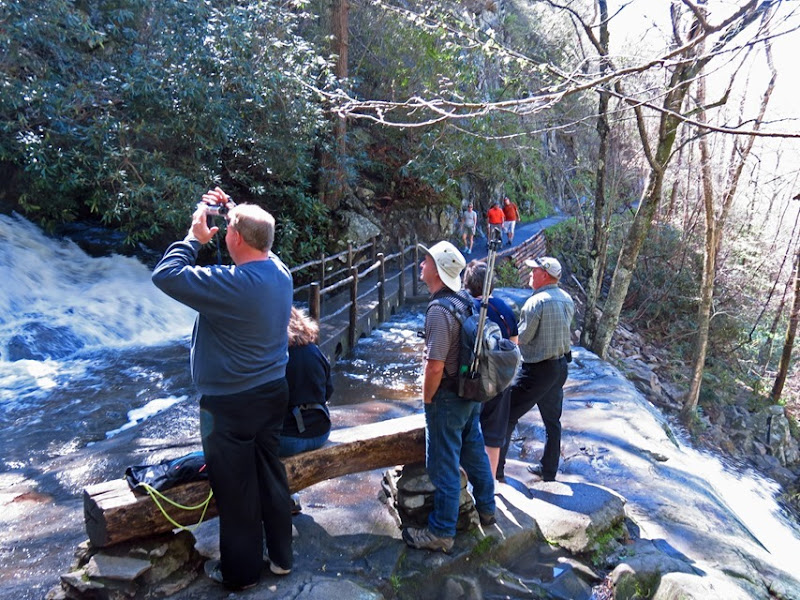 Most people turn around here but the trail does continue up to the top of Cove mountain after another 2.7 miles. We knew we wouldn’t get to the top but it was still so early that we thought we would continue up until lunch time and then head back. 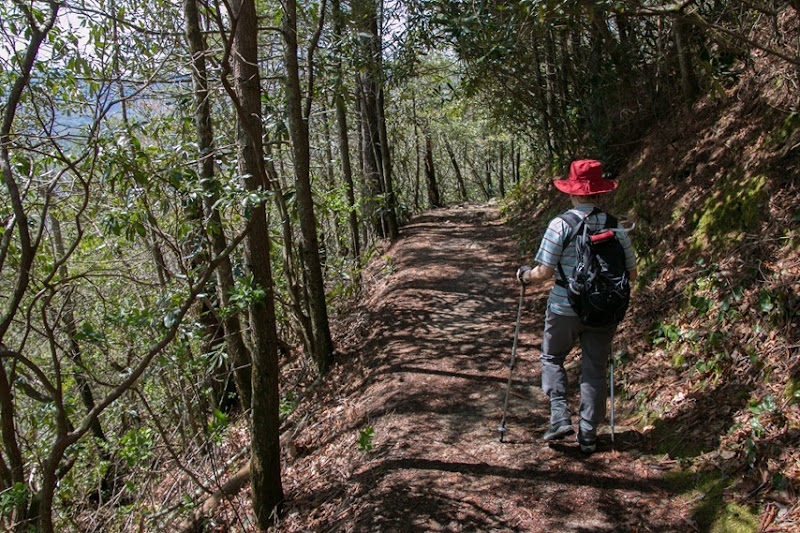 It turned out to be pretty boring with no views through the trees. I had read that even the view at the top was not that great. We only did about another 1/2 mile before we headed back down to the falls. 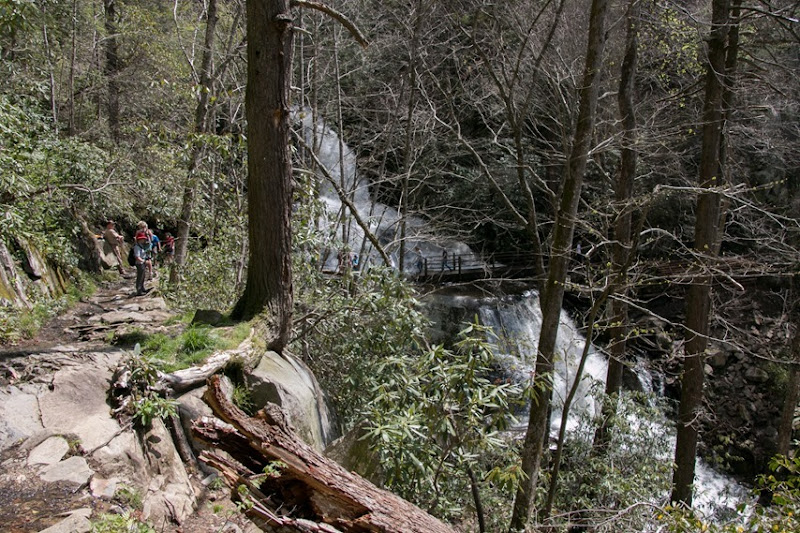 And then back down to have lunch in the car. 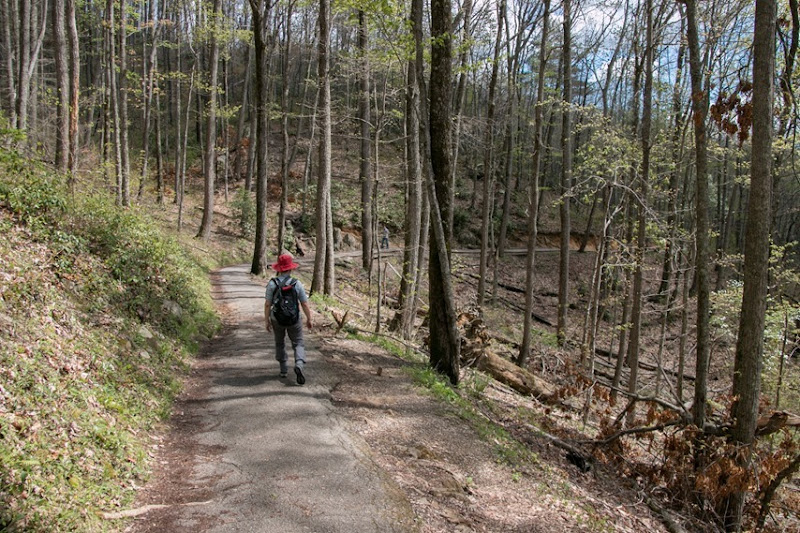 Since it was so early and we still had some energy, we drove to the close by Little River Trail. It is an almost flat rail bed that runs beside the rushing Little River. 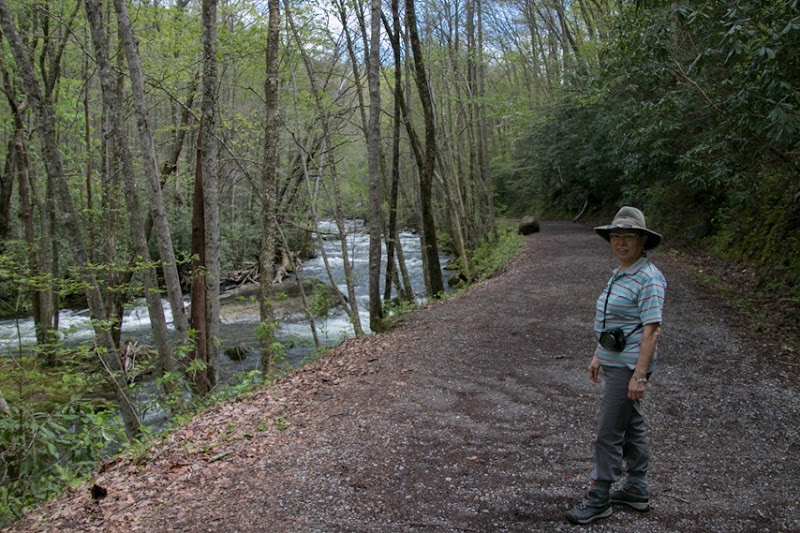 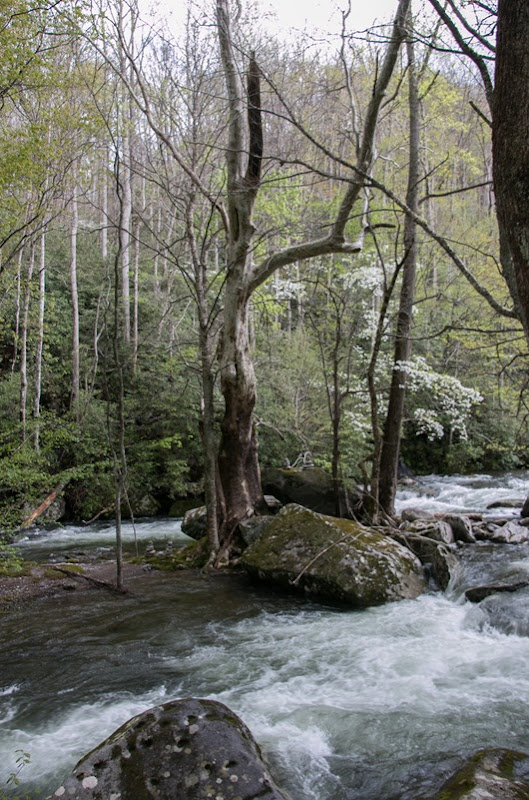 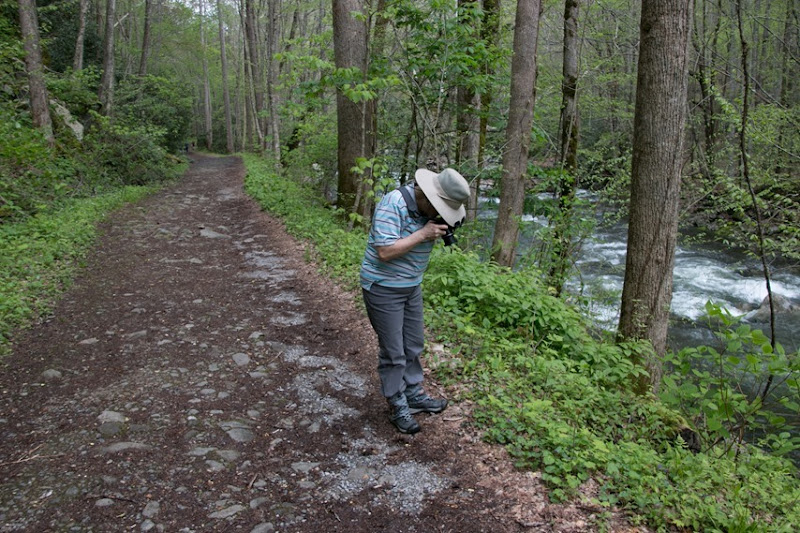 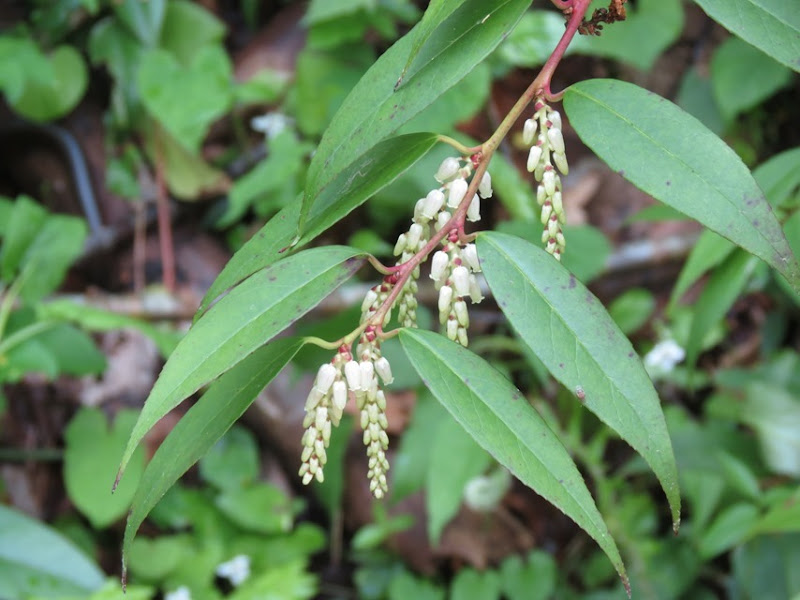 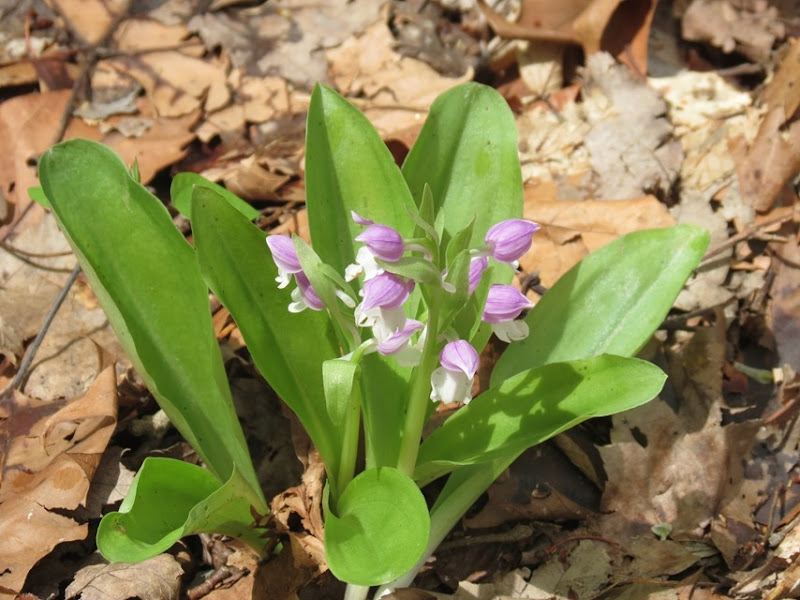 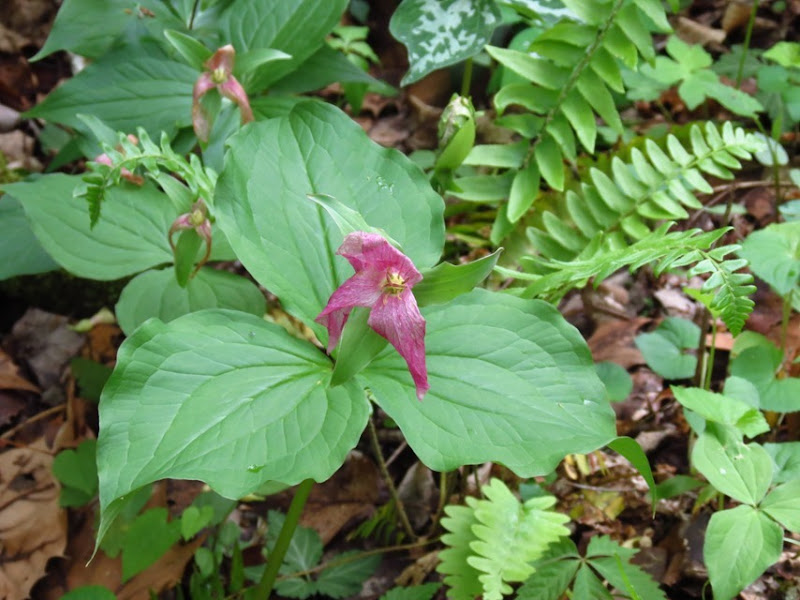 About a mile in the skies started to darken and we felt a few sprinkles so we turned around. Of course the sun came back out quickly but we were glad we turned around because back at the car we had had enough. 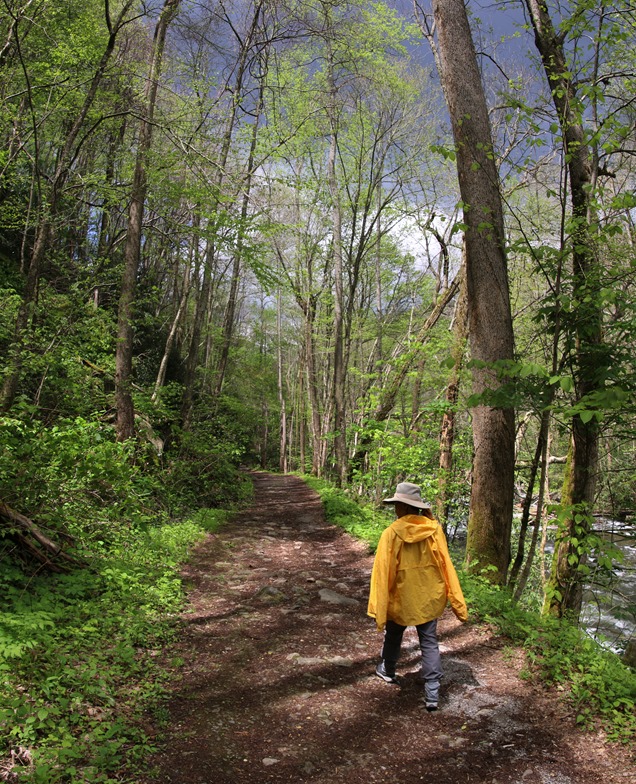 Unlike most parks, Great Smokey Mountain was created by buying up private land in the early 1900’s. Some cottages near here accepted a lower price for their land in exchange for a lifetime lease. The last one expired around 2001. Some of the buildings are still left. 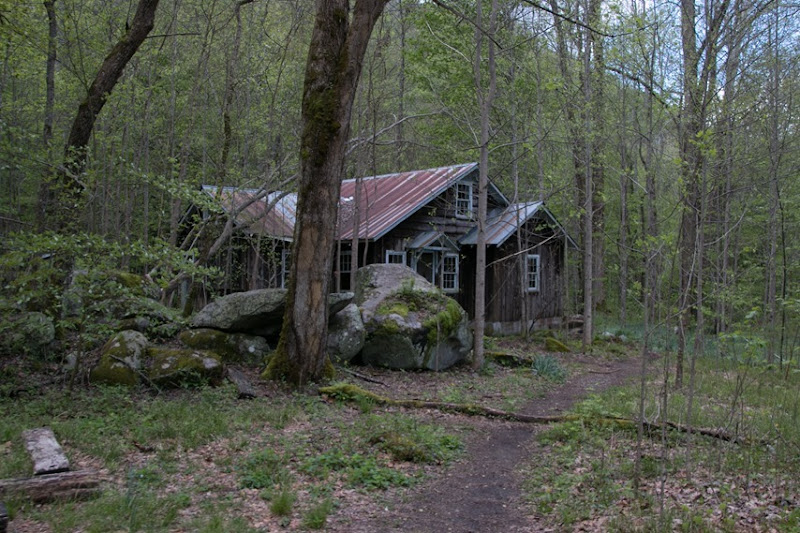 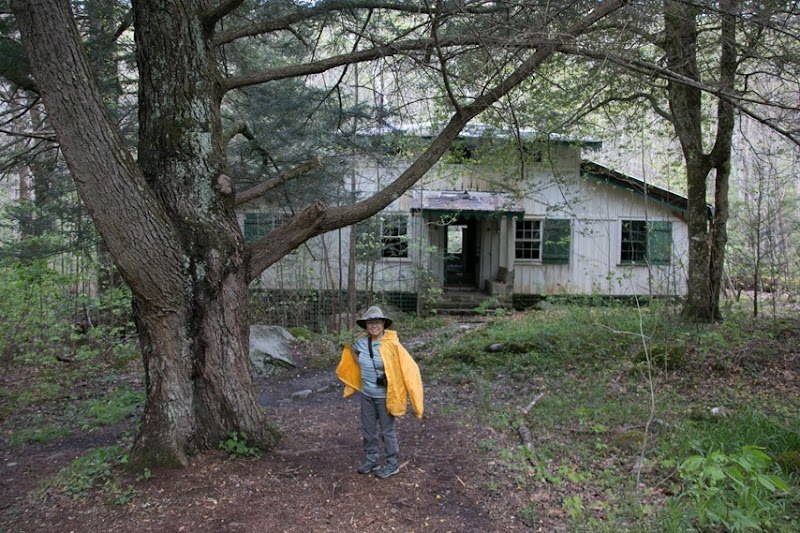 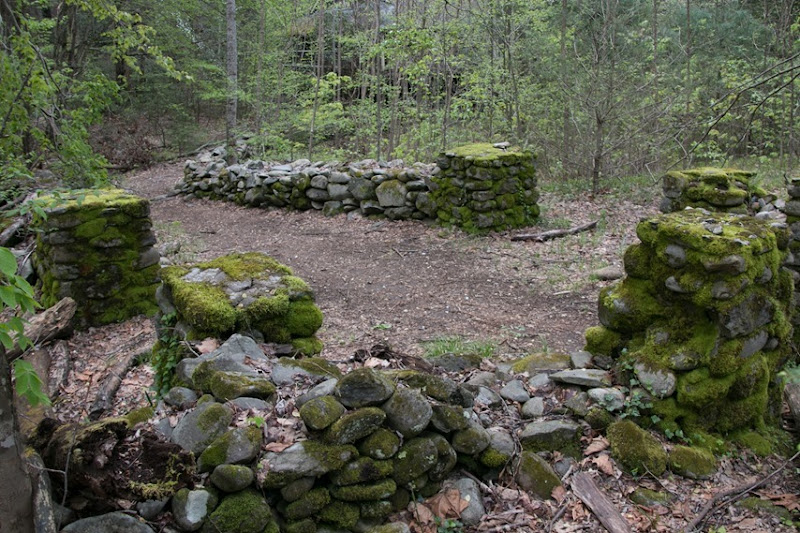 We headed back to the RV about 2 pm. It was still nice so I started to do some work outside but of course as soon as I got setup a band of rain and hail came though. After a hasty retreat I called it quits for the day.