We weren’t really ready to do another hard (for us) hike but the weather was great today, lousy tomorrow and we are moving to the other side of the park on Thursday.

I really wanted to do the Grotto Falls trail because you can walk behind the falls and it is nice and short at 2.3 miles. However the access road is closed until Friday (just missed it). To get to the falls via another trail added an extra 5 miles. I just didn’t think we were ready for that kind of distance, especially after yesterday.

Instead we did the trail to Rainbow Falls, which at 5.3 miles return and 1600 feet in elevation is similar to yesterdays. It too eventually goes to the top of Mount Le Conte.

Note to those in Toronto. The CN Tower is only 1800 feet tall so we climbed almost the equivalent of its entire height. 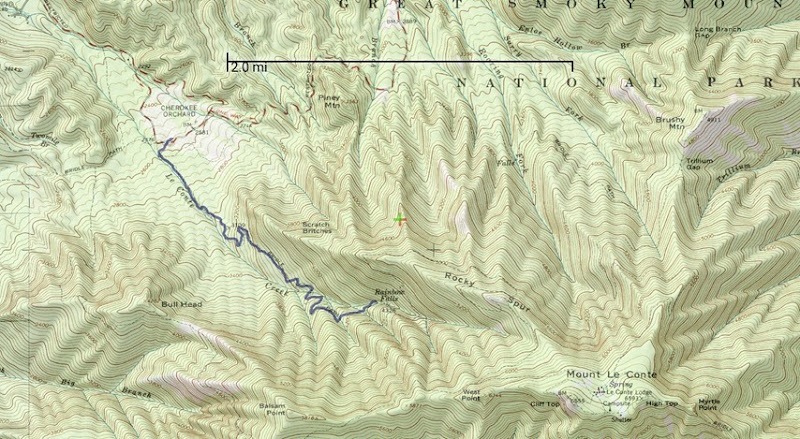 Even though they have similar stats, this trail tired us out much more than yesterday’s. I think it was mainly due to how rocky the actual trail was and that the first 3/4 of the trail was kind of monotonous. Around every corner it looked the same so it made it just seem to go on forever. That said it was still worth it for the falls at the end.

For the very first part we followed yet another creek. 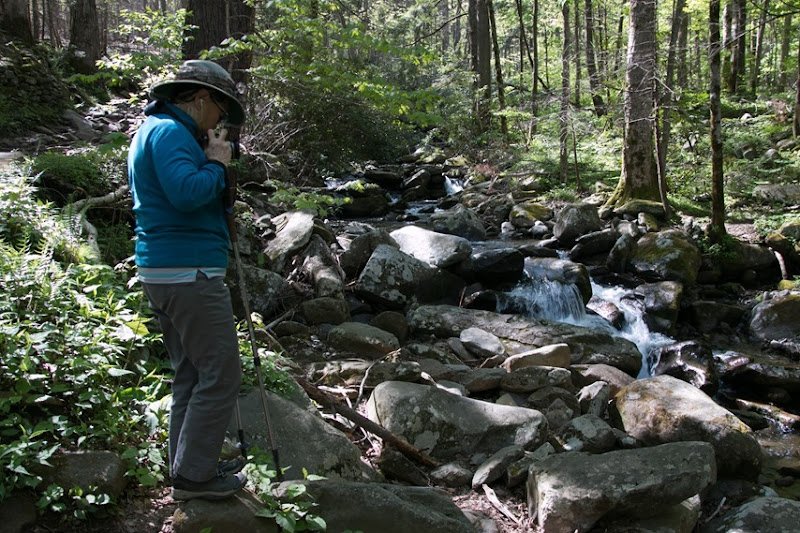 I rest at every opportunity. 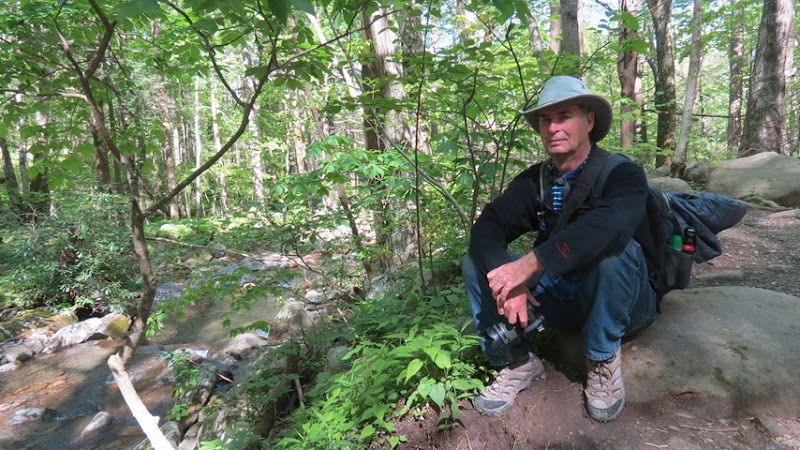 It was the first of these that we had seen this trip although it is still just green. 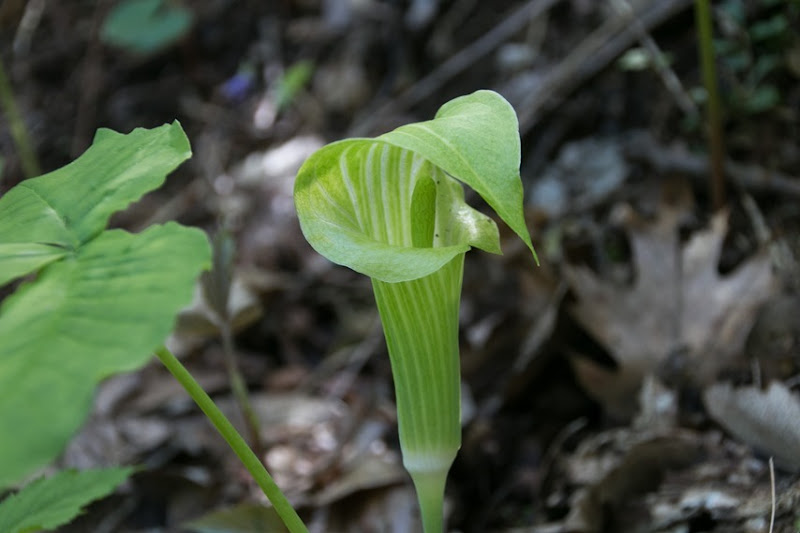 Once again the parking lot was almost full when we got there, however the trail did not seem crowded. We even had the falls to ourselves for about 15 minutes. 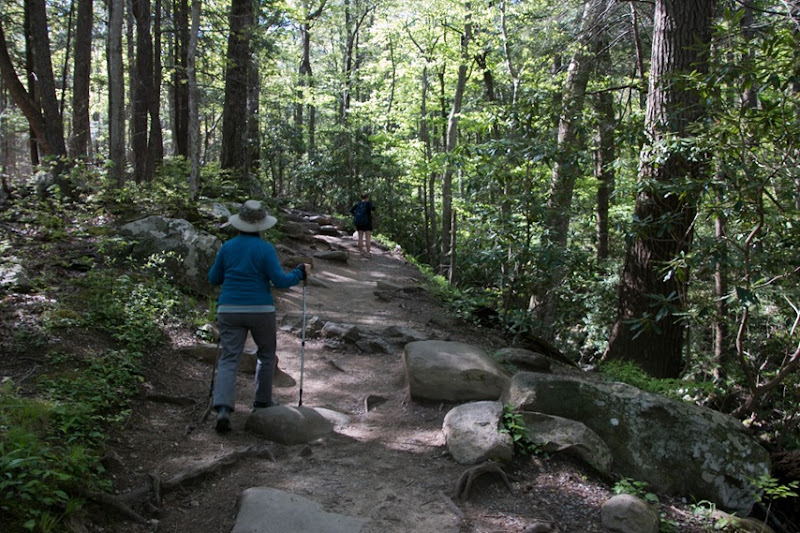 We soon turned away from the creek but it was always within hearing distance. For most of the trail you really had to watch your footing. 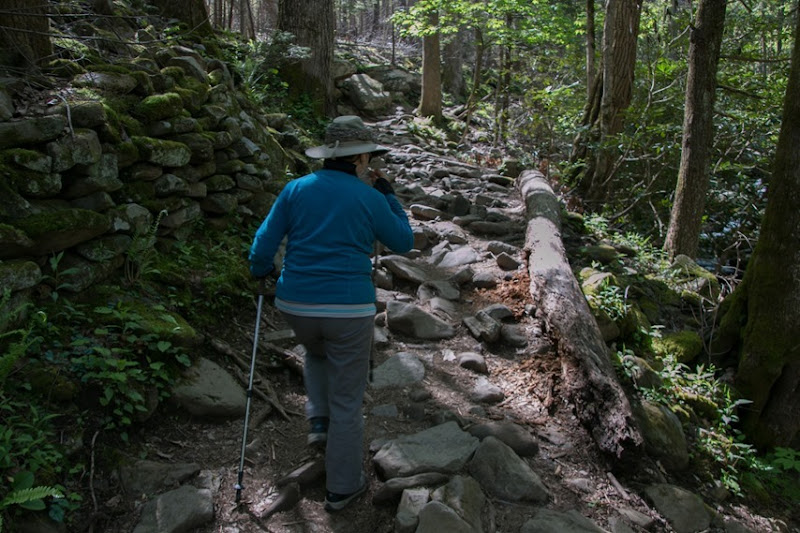 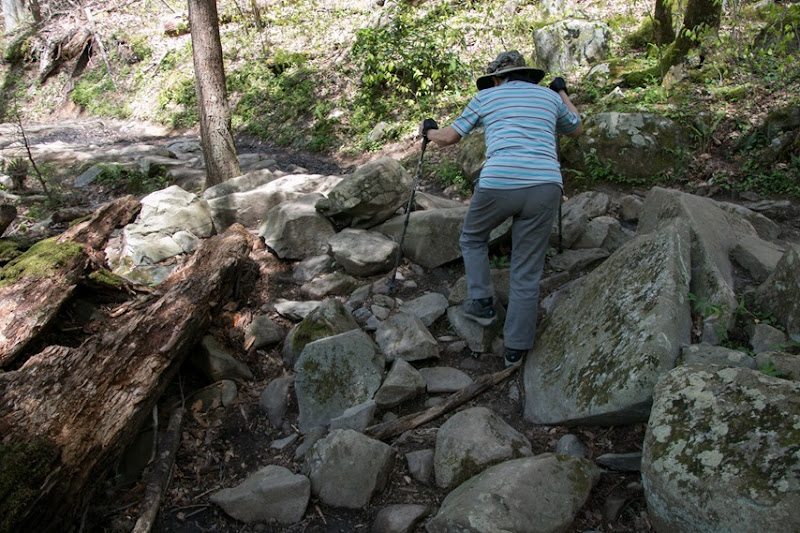 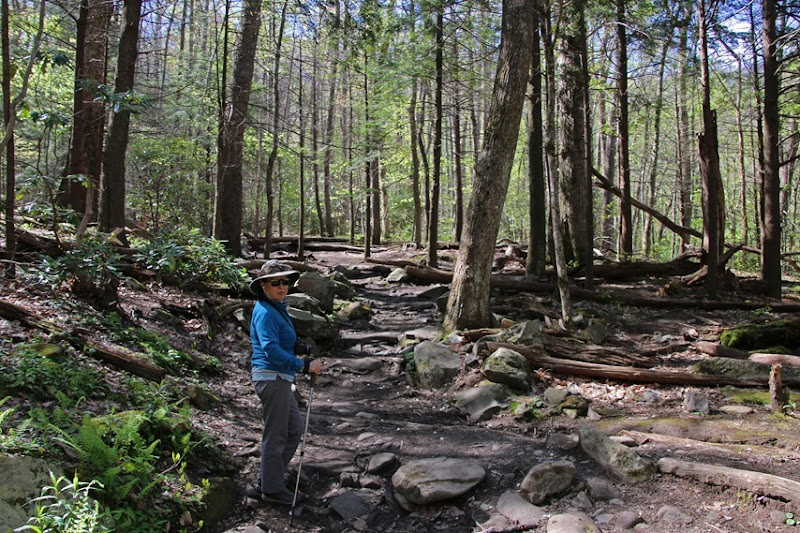 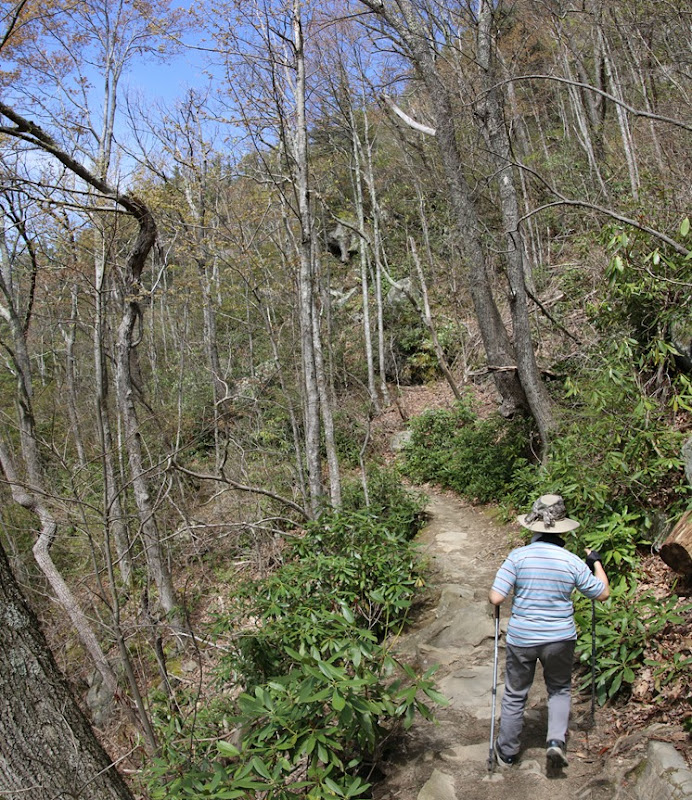 I think that was Mount Le Conte Looming over us ahead. 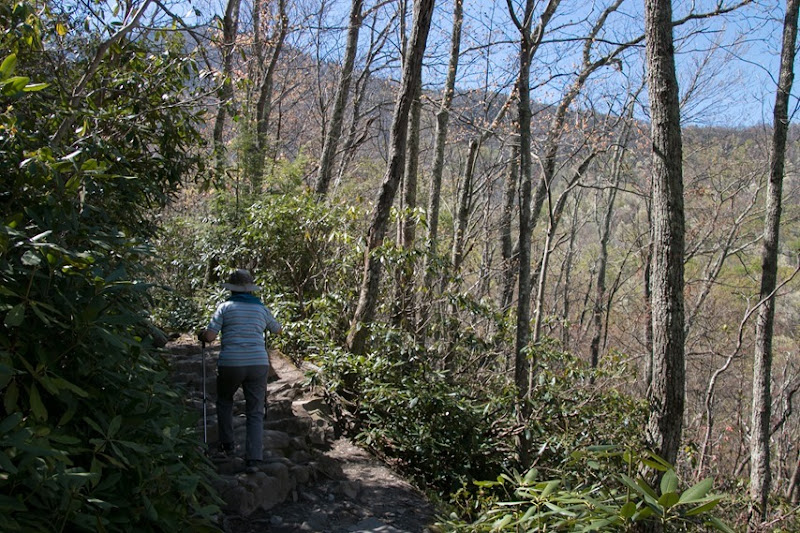 After almost 2 miles of climbing the first interesting thing we encountered was crossing this footlog. 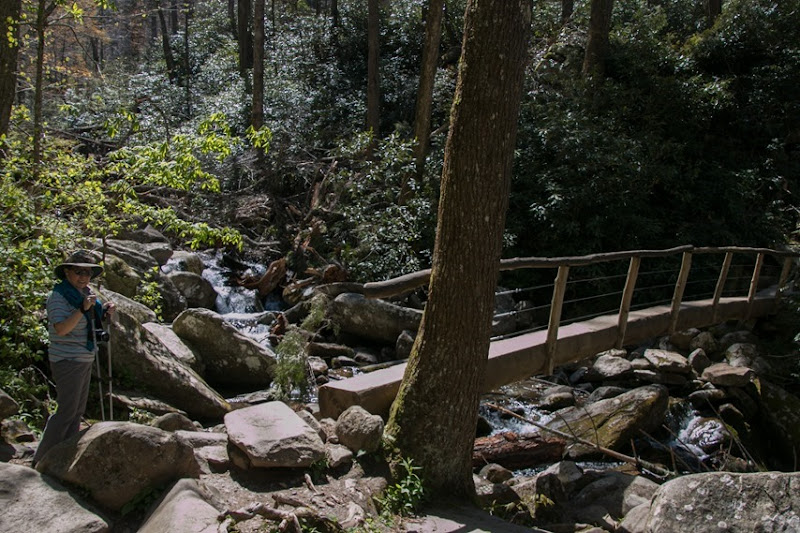 Next was a small falls. If you didn’t read your trail guide properly, you might think that this was Rainbow Falls. 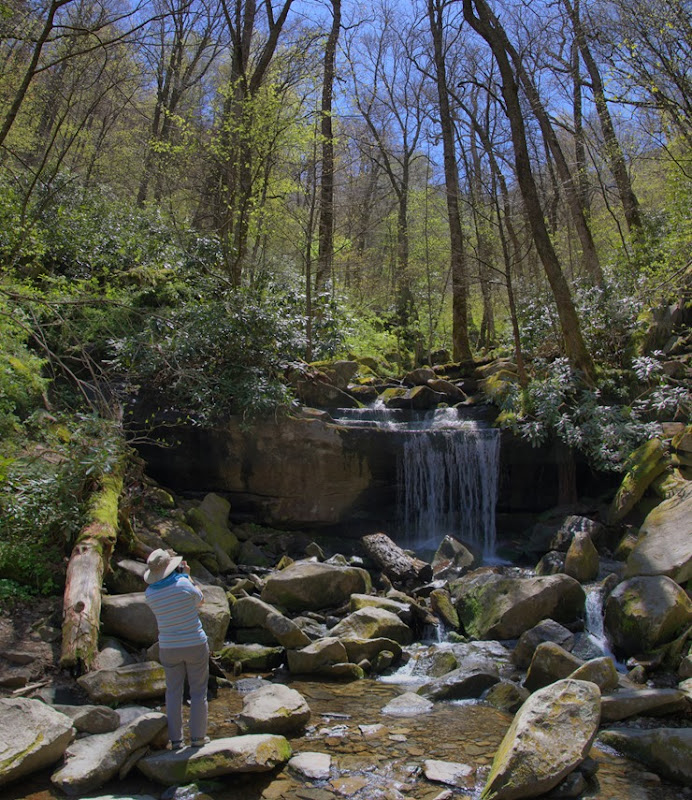 There was about 10 minutes more climbing. 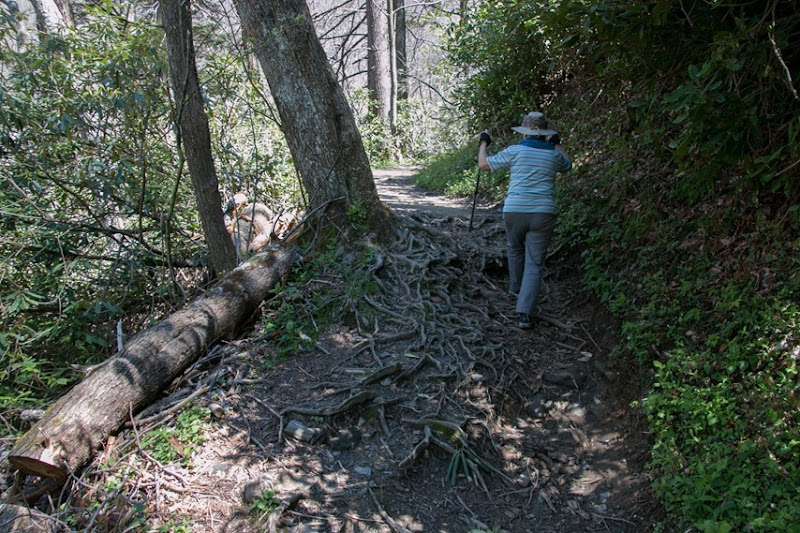 By now we were pretty tired of stepping over and on rocks. 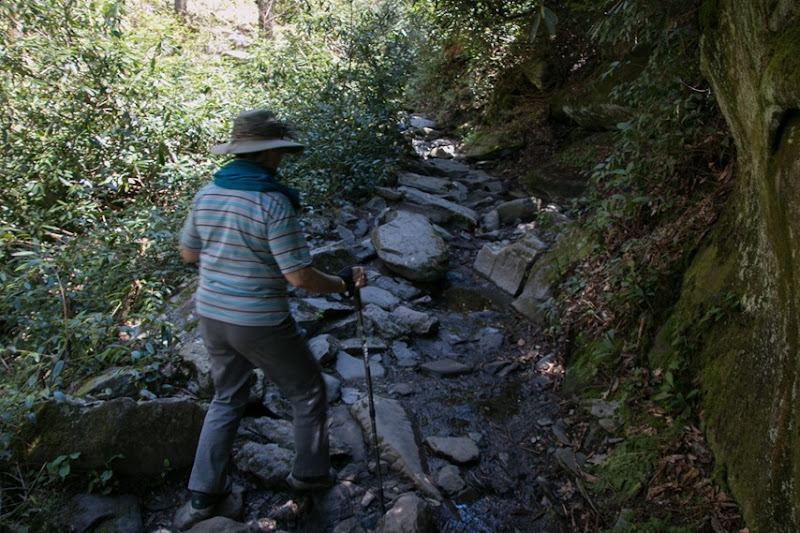 And we arrive. This was the view from the trail. 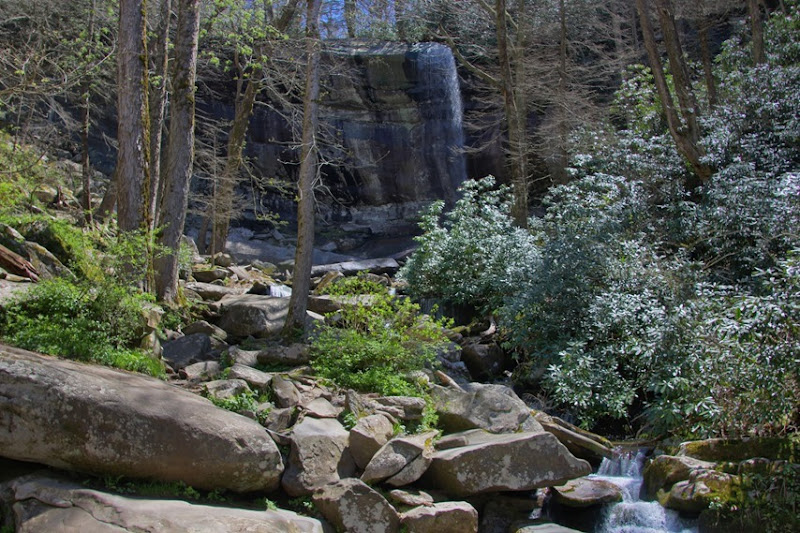 Of course everyone ignored this sign. We are all invincible, aren’t we. 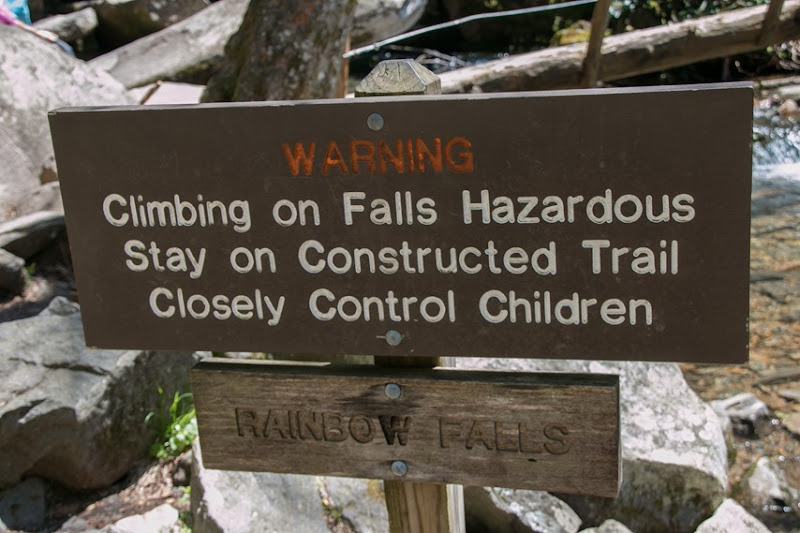 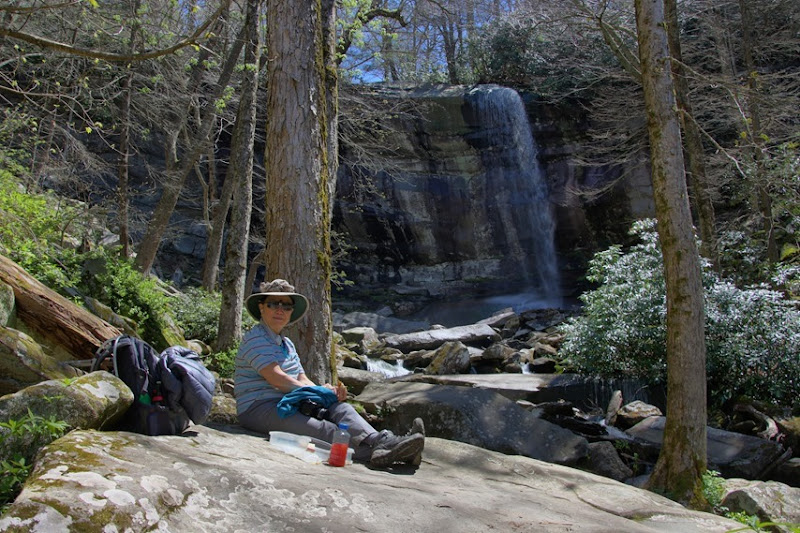 At 80 feet tall, Rainbow Falls is one of the tallest in the park. Nobody actually went close enough for me to get a picture with them in it for scale. 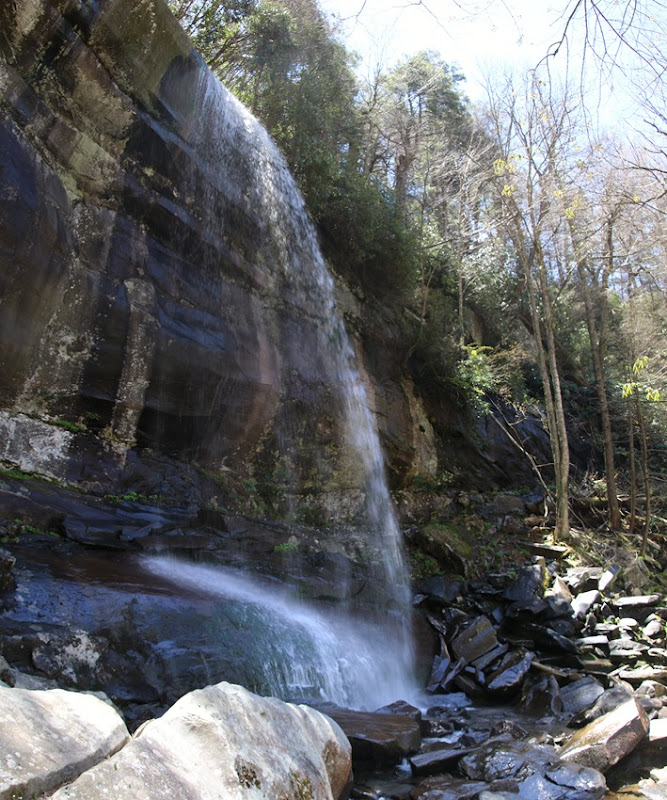 I think you have to be here later in the day when the sun shines directly on the falls to have a hope of seeing a rainbow.

Most of the people that came politely sat off to the side. Not these two. They plopped themselves down right in the middle for a long lunch and nap. 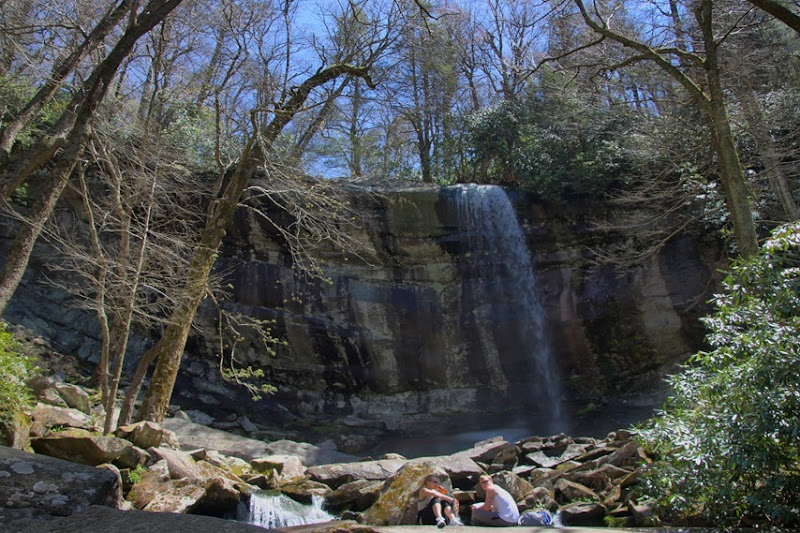 We too had a long lunch and nap before heading back down hill.

We encountered one lady on the trail that didn’t seem properly equipped. 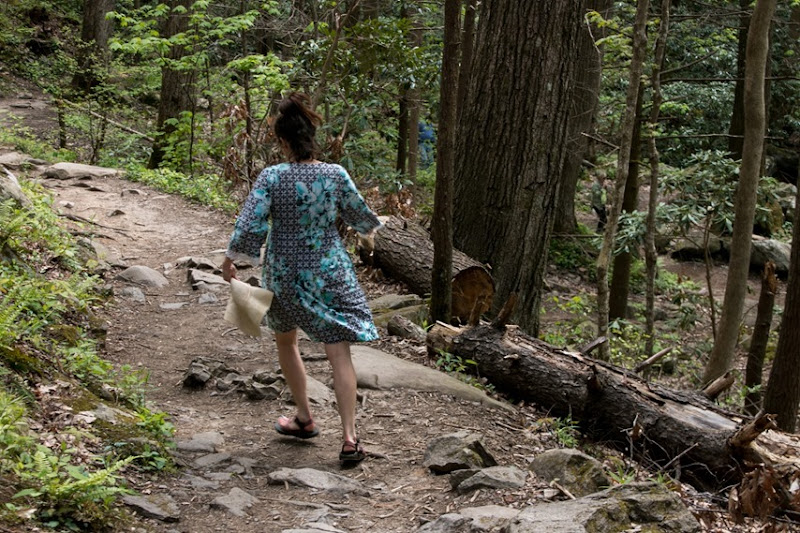 She had on what looked like a sun dress with a floppy straw sun hat and sandals. No water or backpack. She looked like she was out for a Sunday walk in her garden but boy did she fly up and down the trail. She even climbed much higher up the rocks around the waterfall than anyone else.

Part way down we also saw our first large wildlife on a trail. The two deer just looked up at me and then continued eating. 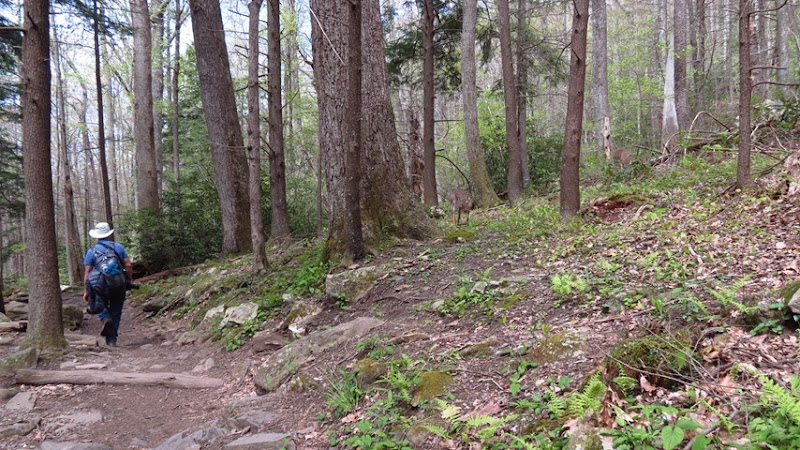 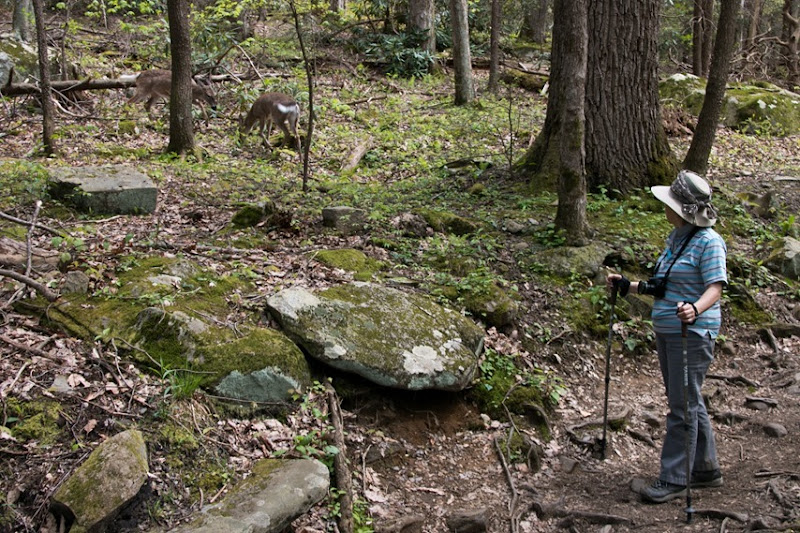 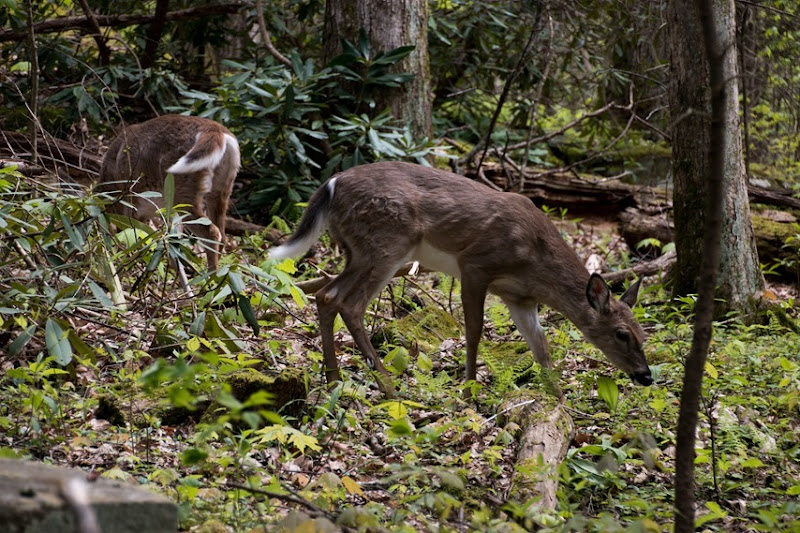 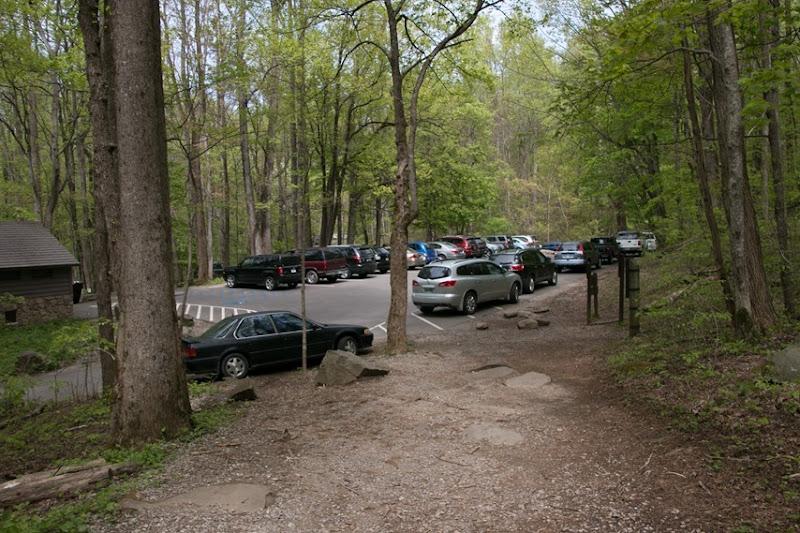 We started the trail just after 10 am and got back around 3 pm. After the half hour drive home we fell into bed.