First, we had a bit of a crisis today but if it had to happen this was just about the best place for it to happen.

After we had pulled into the Walmart parking lot at the end of the drive, Jennie went off to do some shopping and I started to set up the RV for the night. Since the parking lot was very uneven I put down the jacks to try to level us up at least side to side. As they were going down and lifting the RV I heard a loud pop and the RV sank back to the ground. I immediately raised the jacks back up.

I went outside to see what had happened and there was hydraulic fluid all over the ground. Obviously one of the lines had burst. From the mess I figured out which one. The installers had routed the line right across a fairly sharp metal edge. Over the years it just sawed into the line until it failed.

With the failed line we would have no jacks and the slide outs would not work.

By the time I had cleaned things up a bit Jennie was back from her shopping.

Now many things worked in our favour to get this resolved.

Now back to our regularly scheduled travelogue.

It was another great day weather wise for driving. Sunny skies and no wind.

The scenery however didn’t compare to yesterday. No more mountains on the horizon. 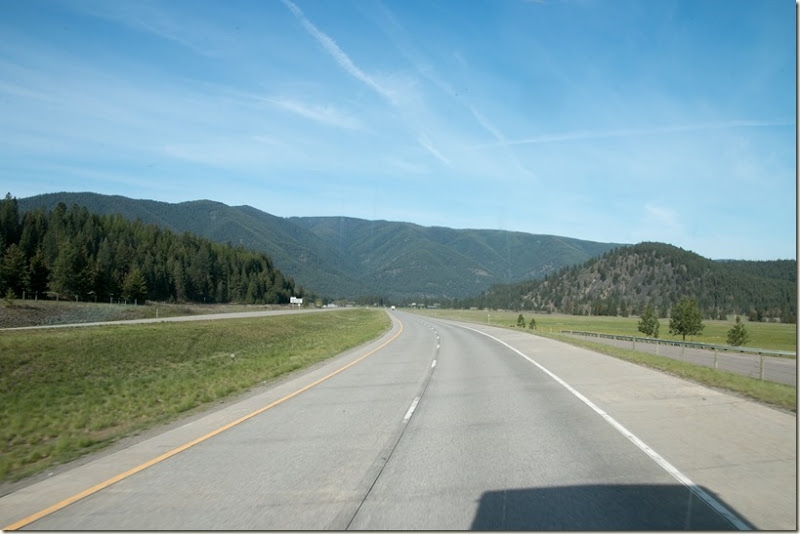 For most of the morning we followed a deep river valley up and over some low but steep passes. No long views here. 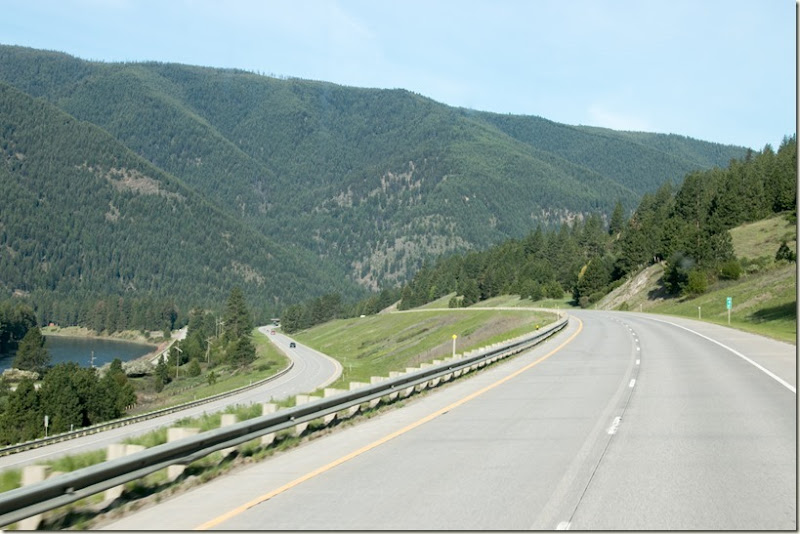 Lots of screaming engine going slowly up and screaming transmission trying to go slowly down. 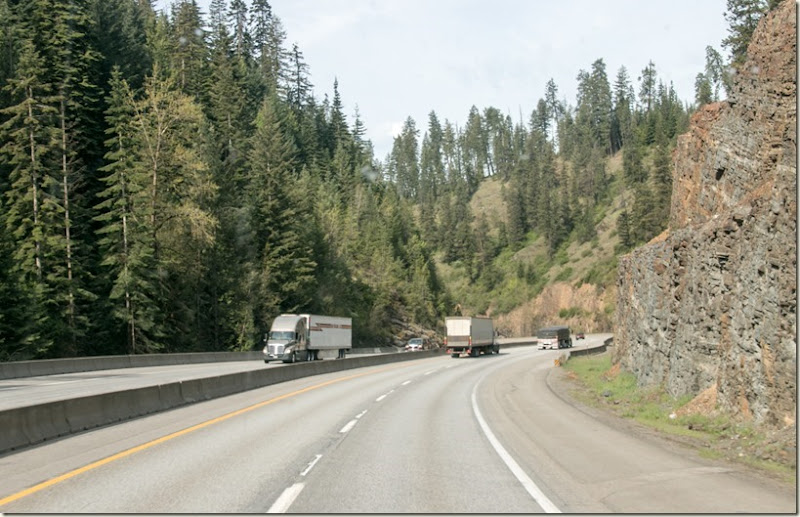 In the afternoon we crossed what I think is called the Columbia Plateau. There were long distance views but just of endless fields. 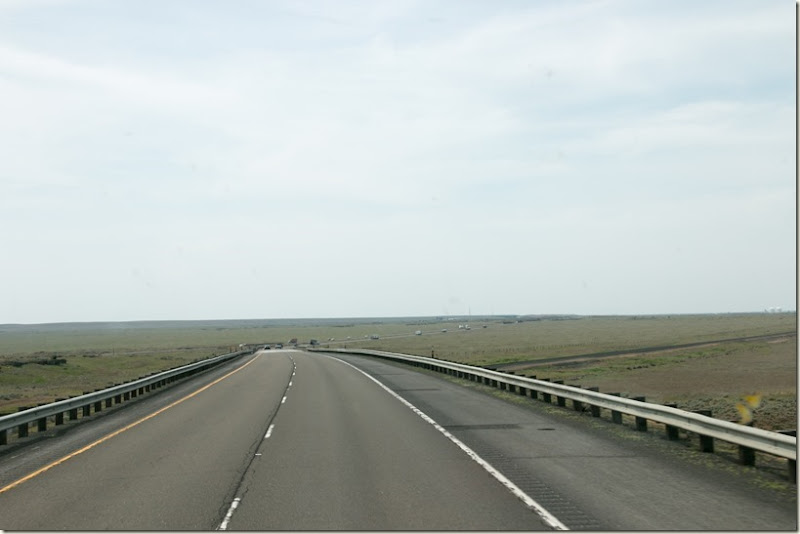 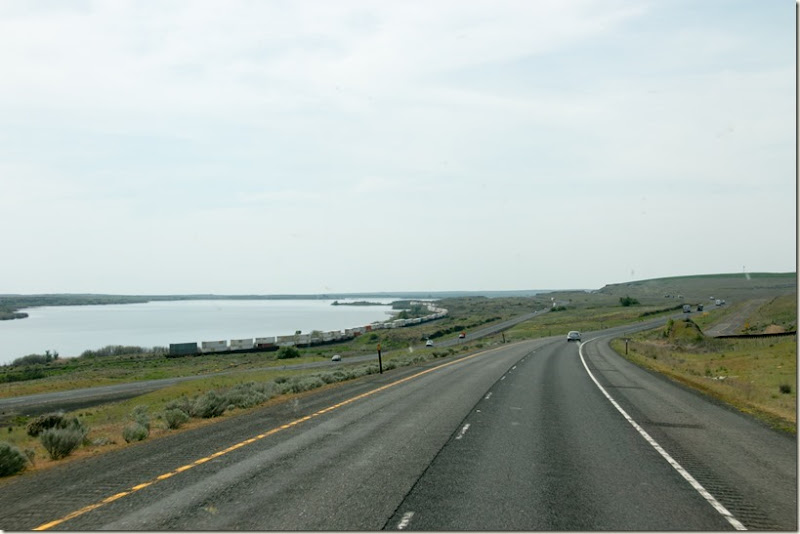 So here we are back in mostly working order, ready for our last long driving day.