Today we had another problem to deal with but this one was really my fault. For the last few days I noticed that the RV was having a bit of trouble starting. It was not really bad but I knew that since the engine battery was 8 years old that I would have to replace it soon. I was going to wait until we were back in Canada and go to good old Canadian Tire.

Well today when we stopped for gas it conked out for good. The starter just clicked. So I had to unhook the CRV and drive it around close enough to give the RV a boost. I was a bit nervous driving with the battery so dead but it seemed to have enough juice to run the accessories but just not enough to start the engine.

I don’t know if it was an omen but as soon as I got out to jump start the battery, it started to rain. Once we got to Port Angeles it was pouring down. So I got thoroughly soaked as I disconnected the old battery, took it to the nearest NAPA store, got it tested (it was bad), bought a new one, put it in the RV and cleaned all the terminals before hooking it all up again.

Now as I write this it is still pretty gloomy out but of course the rain has stopped now that I am inside.

The day started out pretty well. Mostly sunny, again absolutely no wind and some high cloud. 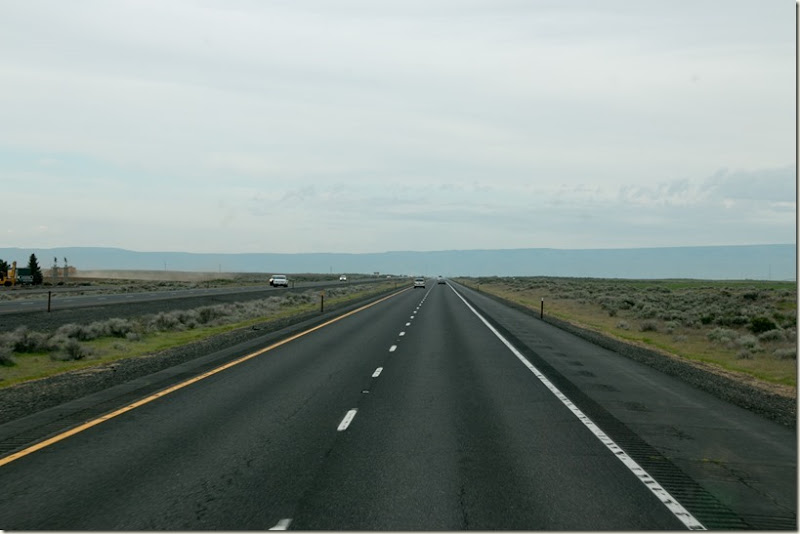 I realized we were going to have to climb that ridge off in the distance. It was the first of many climbs and drops.

After we climbed that ridge we stopped at a viewpoint overlooking the Columbia River. 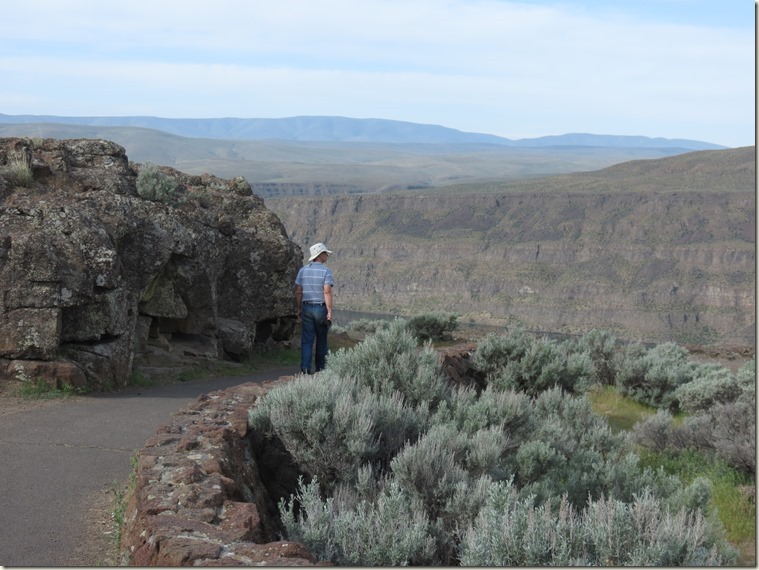 The water was so still you could see reflections. 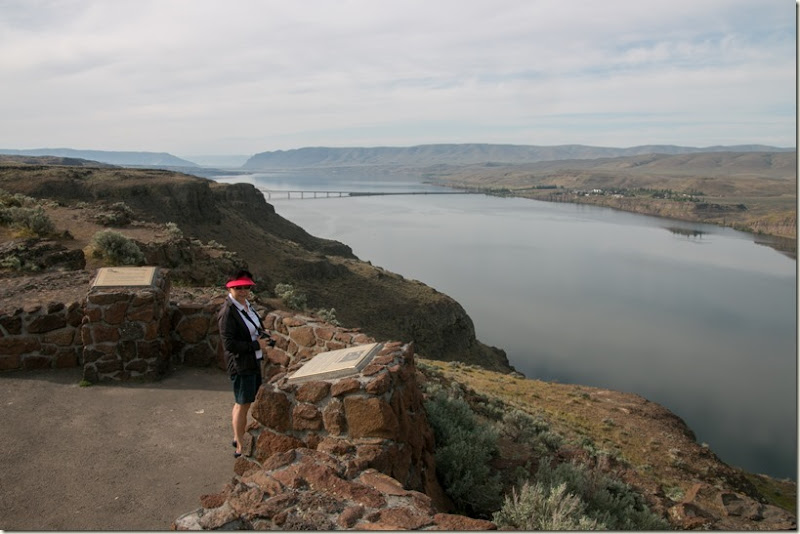 We eventually took the bridge seen in the distance after a very steep downhill. 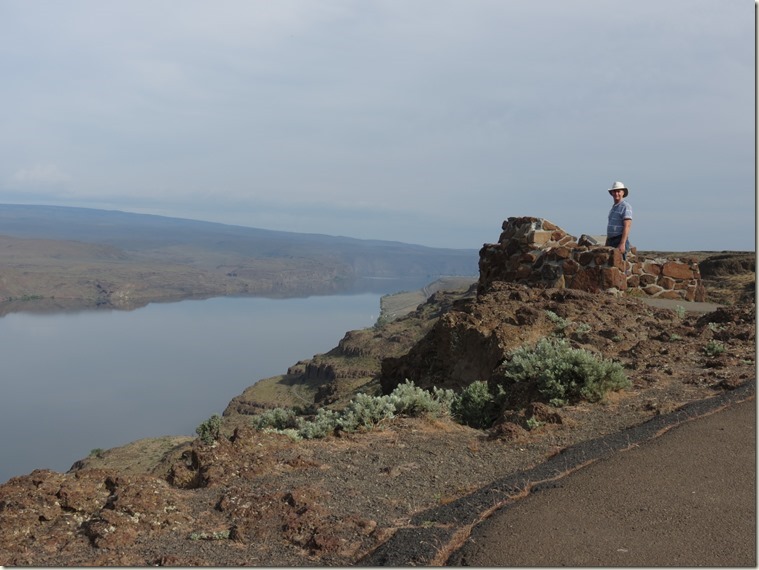 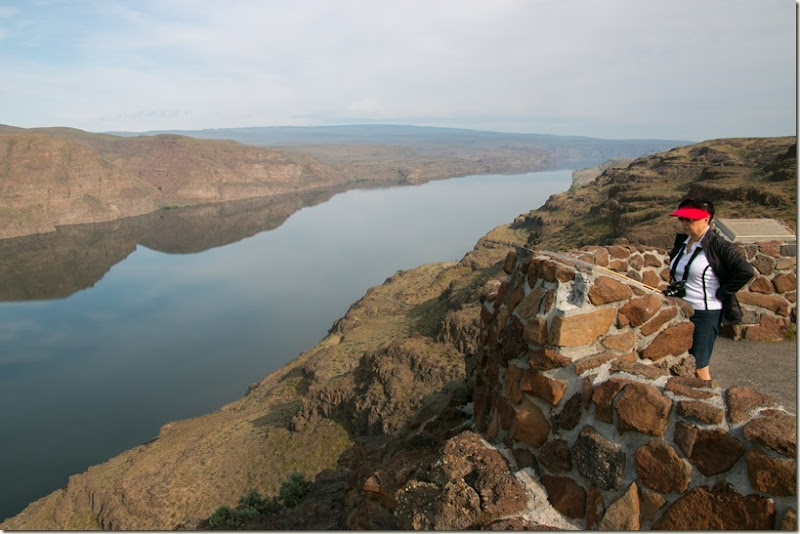 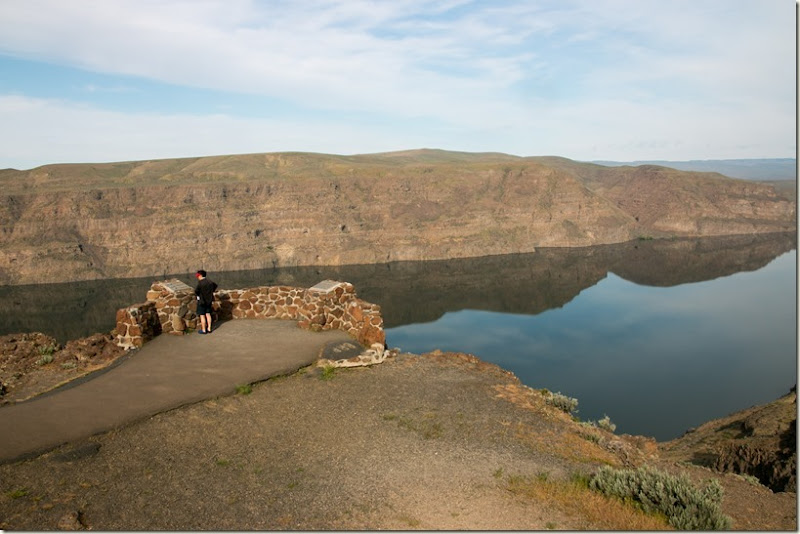 Back to some mountain views. The tall one in the background is Mt Stuart. 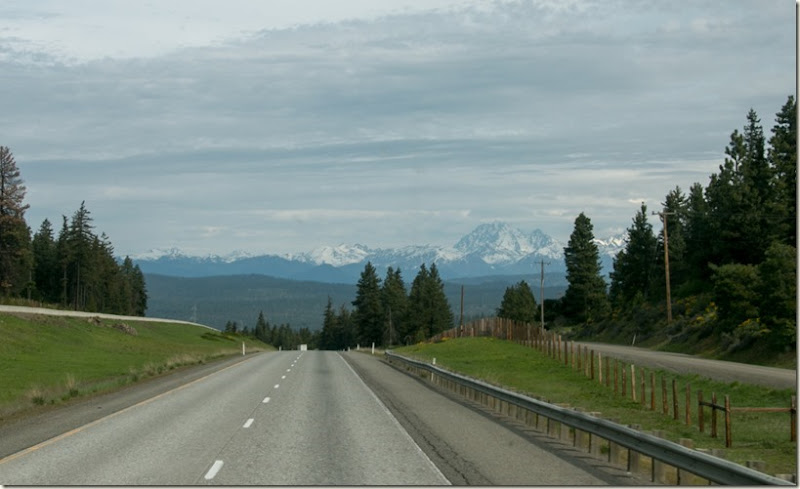 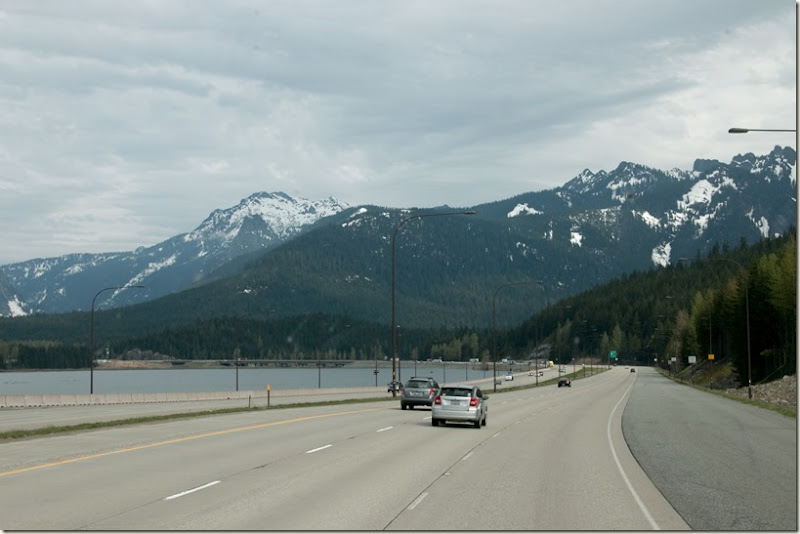 As I said we did a lot of up and downs but the highest was Snoqualmie Pass, through the Cascade Range. 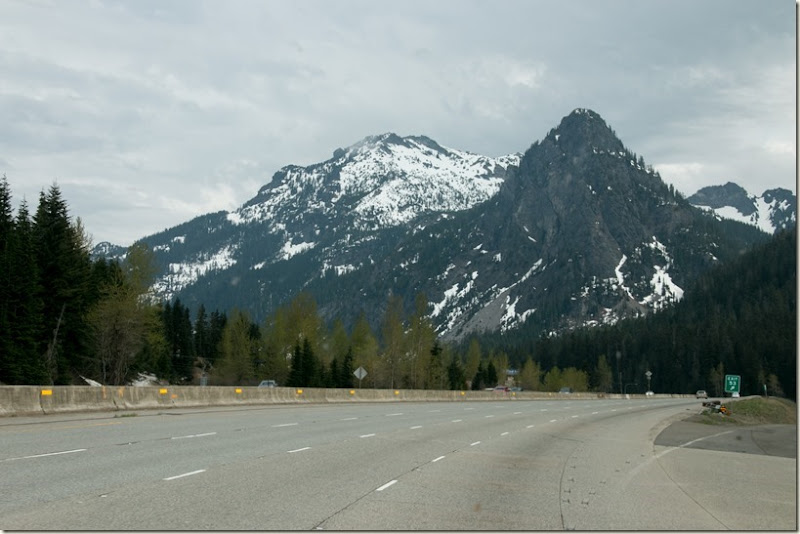 There were lots of lanes so I could put-put up without bothering anyone.

The top elevation is at about 3000 feet. Coming from the east it was not too bad as we already started pretty high and tended to climb a bit and then level out again before climbing again. From the west it is one long grinding climb from about the 400 foot level to the top.

I am so glad our route only has us on I-5 for about 6 miles because it was stop and go, mostly stop,  all the way.  We would have been in the thick of it for a long time if I had decided to use I-5 to head up to Vancouver and take the ferry from there.

Going our way, we first crossed the Tacoma Narrows bridge. It got much gloomier as we neared the coast. 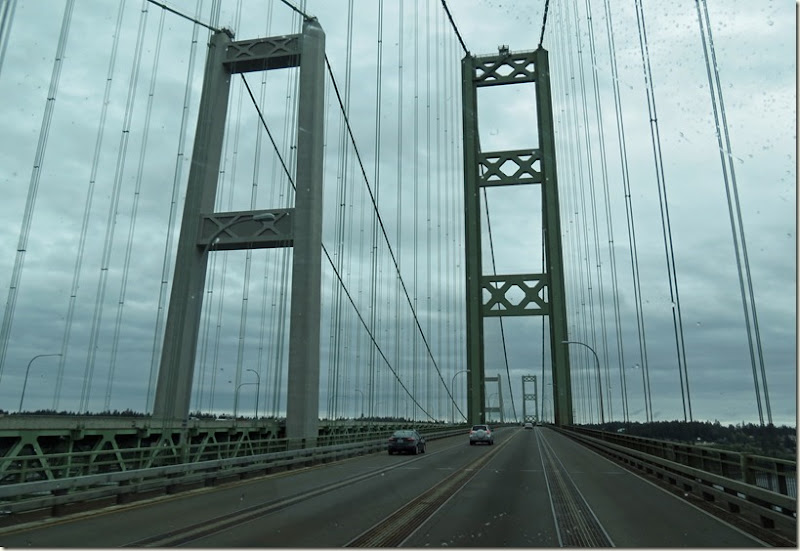 Then we worked our way up the west side of Puget Sound, past a massive naval base. 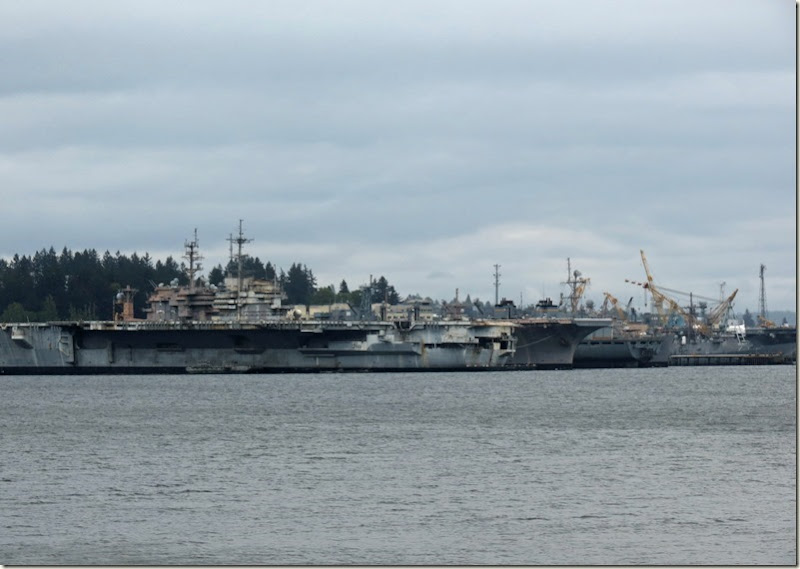 It was along here that we had our incident at the gas station.

So, we are at our last Walmart for a long time, ready to take the 8:20 am ferry to Victoria.