Today we had a hard time finding something to do that really interested us. Most of the “good” hikes were too long or too steep for us. The shorter ones seemed to only be walks for some exercise.

Just to get out of the RV we went for a very short walk around the Great Blue Heron Nature Reserve, just south of us. 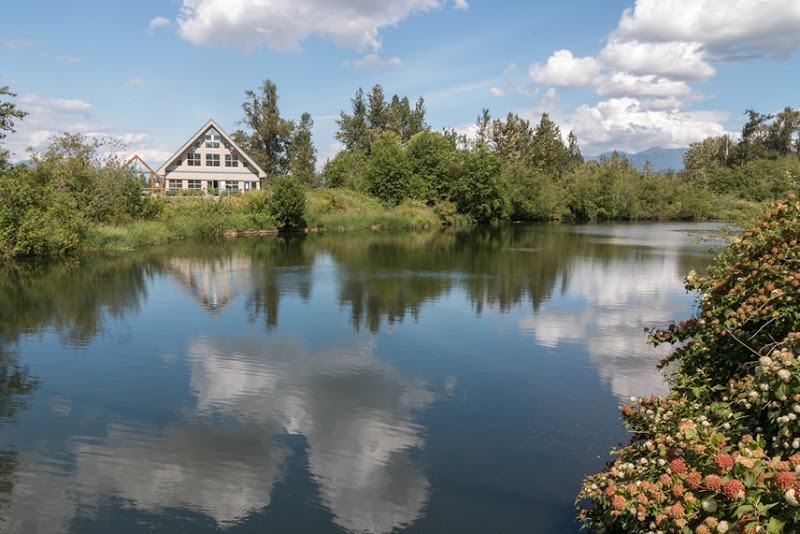 We didn’t see any herons. The biggest bird we saw was this lone duck. 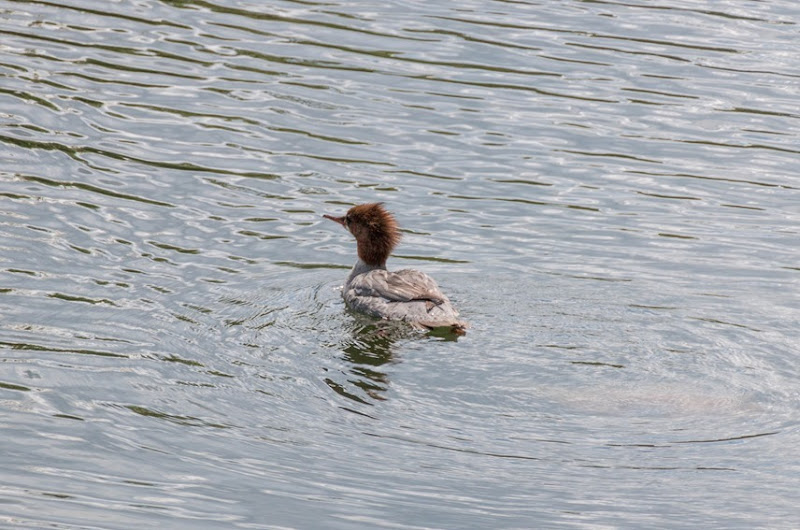 The reserve was covered in this plant that we have not seen before. 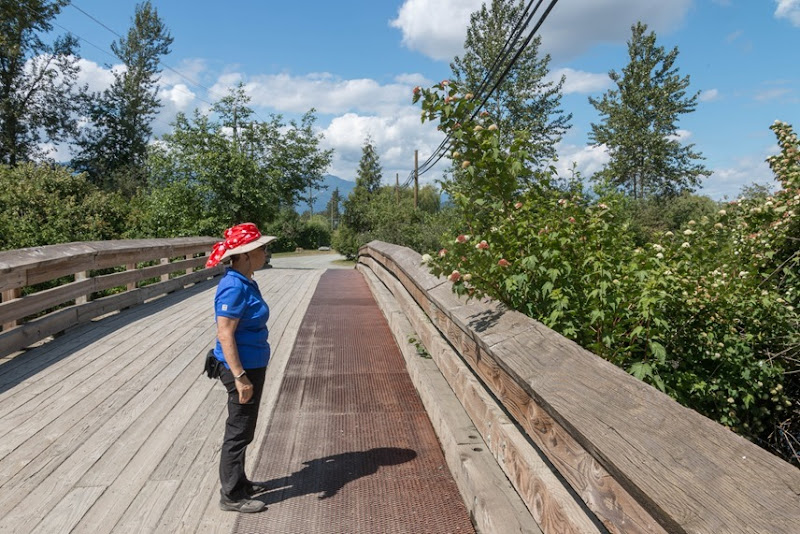 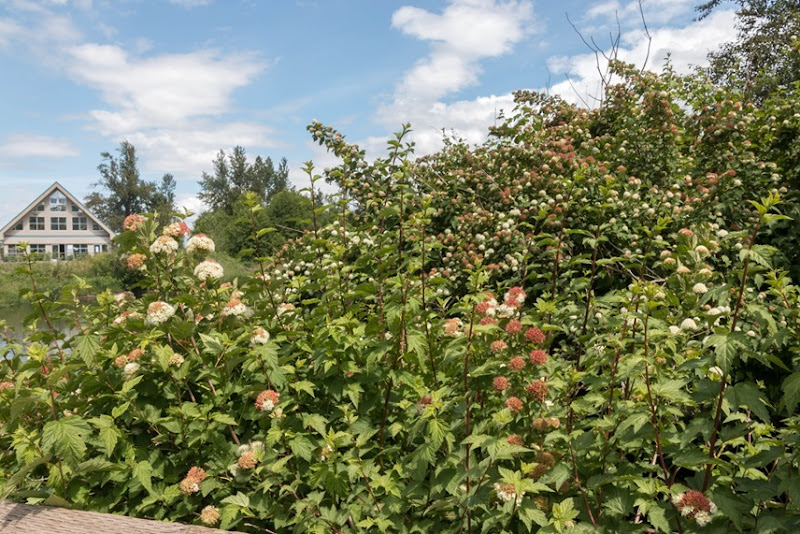 The unopened flowers are red and then when they do open they are white. The buds only seem to turn red in the sun. In the shaded spots the buds were white. 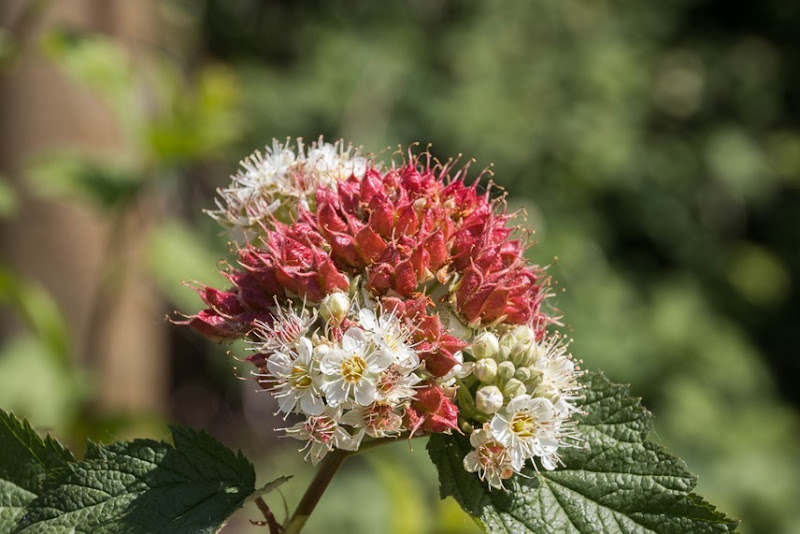 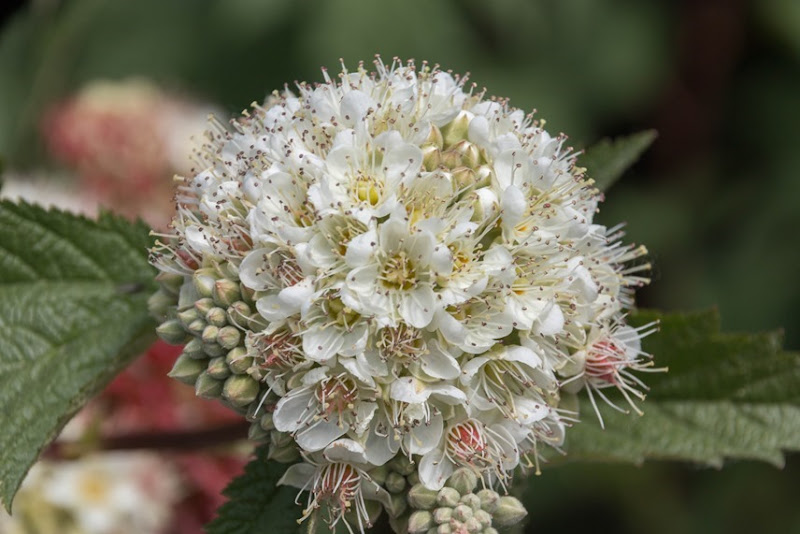 I caught one with a bee on it. 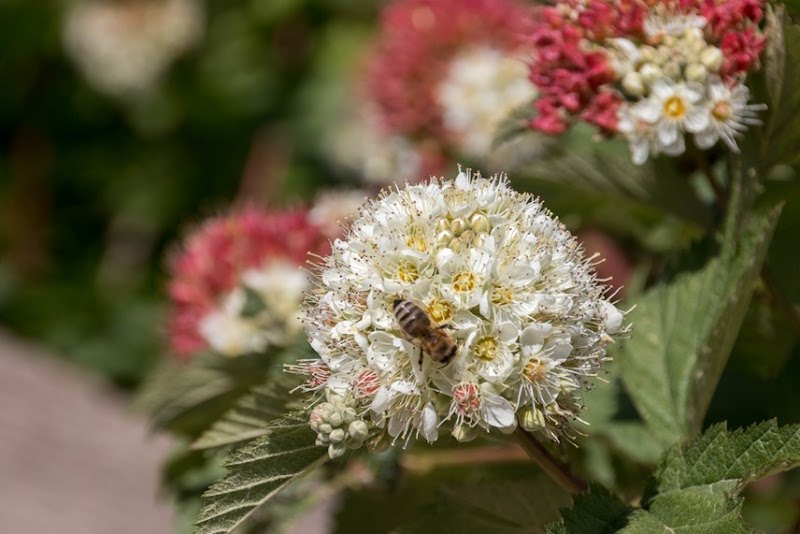 We took a trail called the Tower Trail due to this lookout tower. 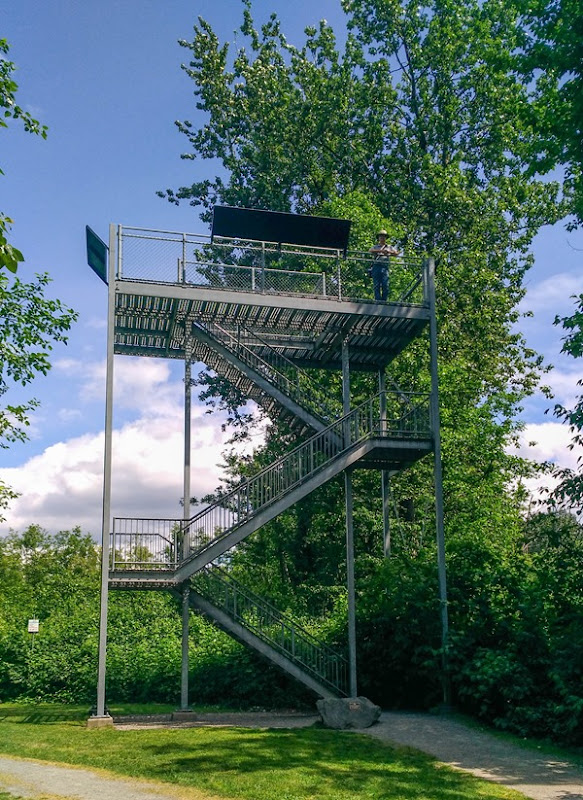 I couldn’t really see much from up there. I should have done a photosphere but forgot. 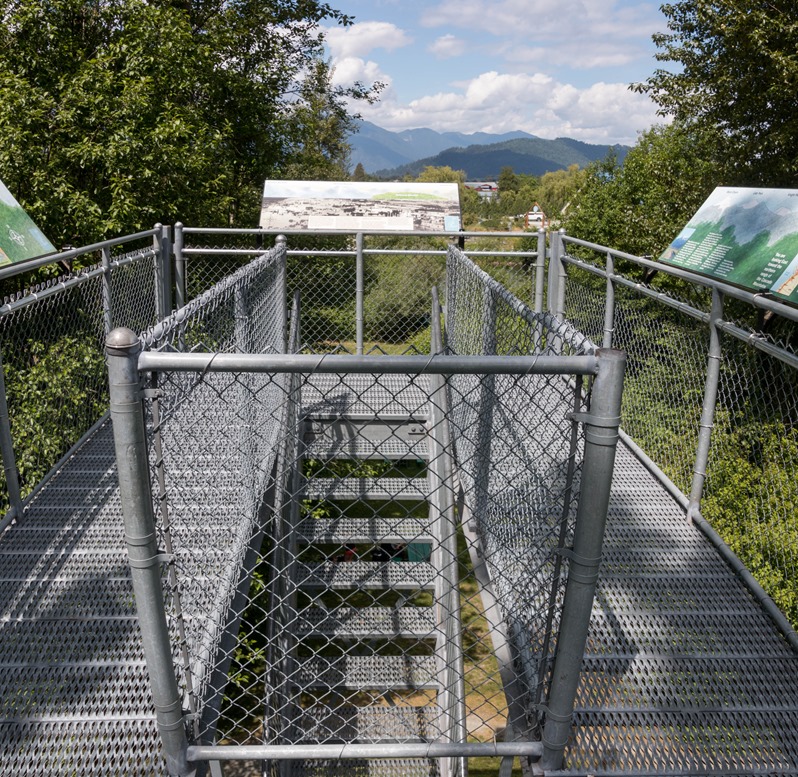 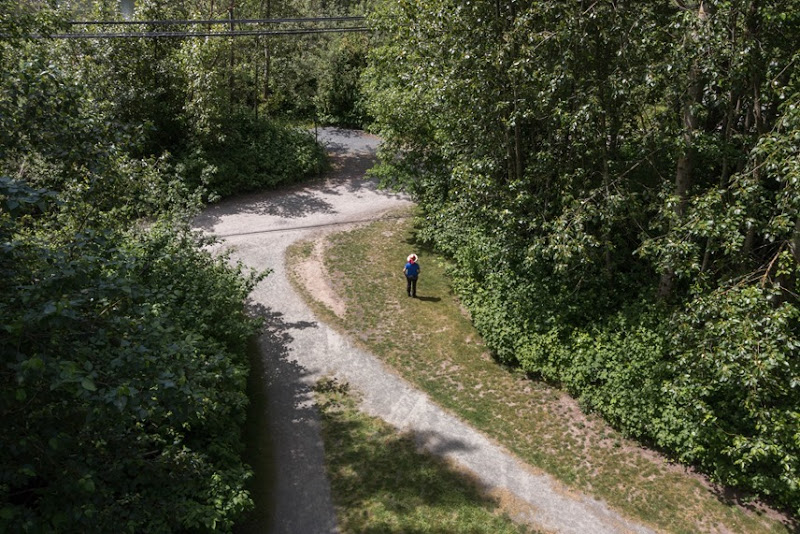 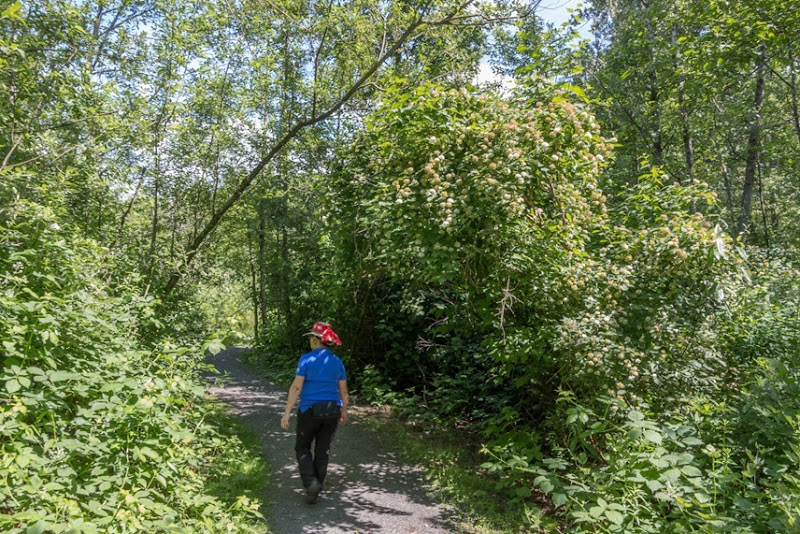 The salmonberries were also ripe. I didn’t realize what they were when we were there and didn’t want to take a chance eating one. 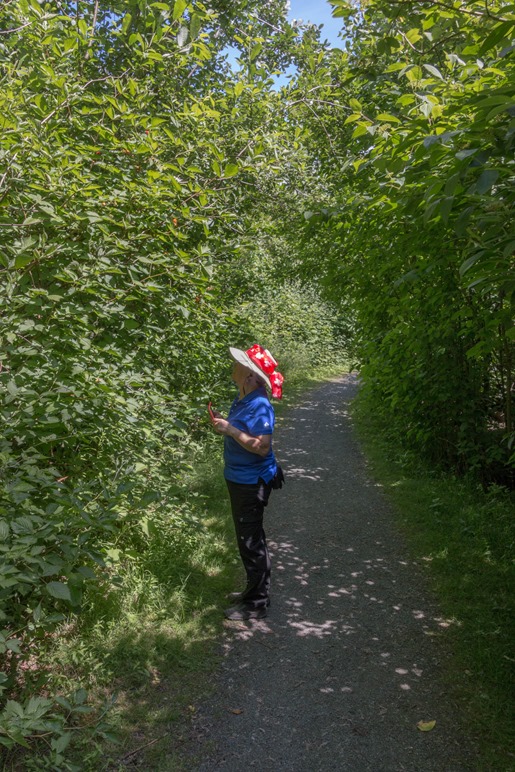 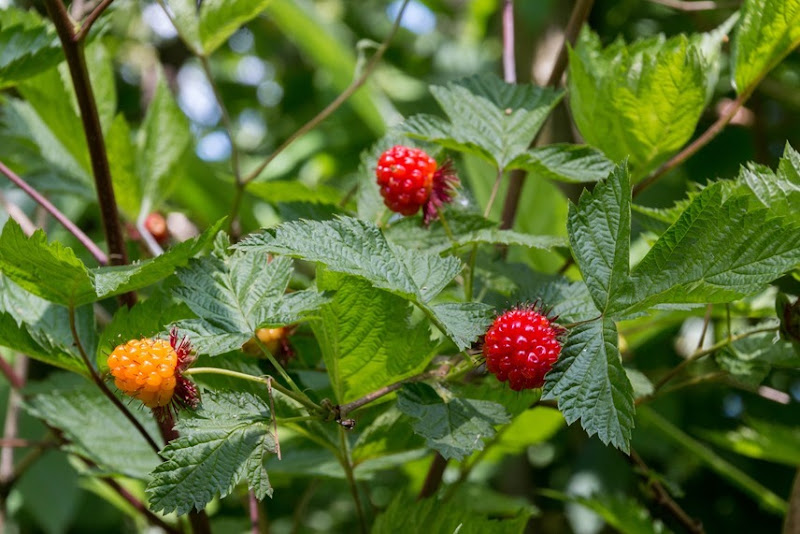 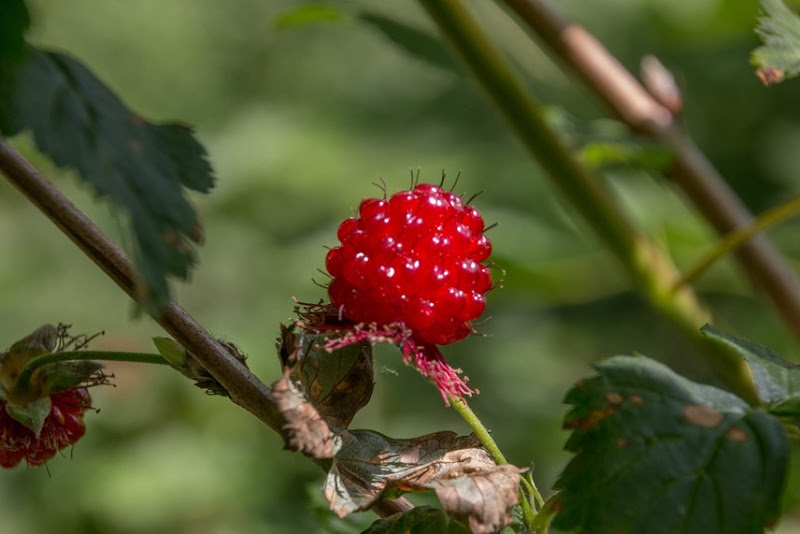 It even looks pretty once the berry has been picked. 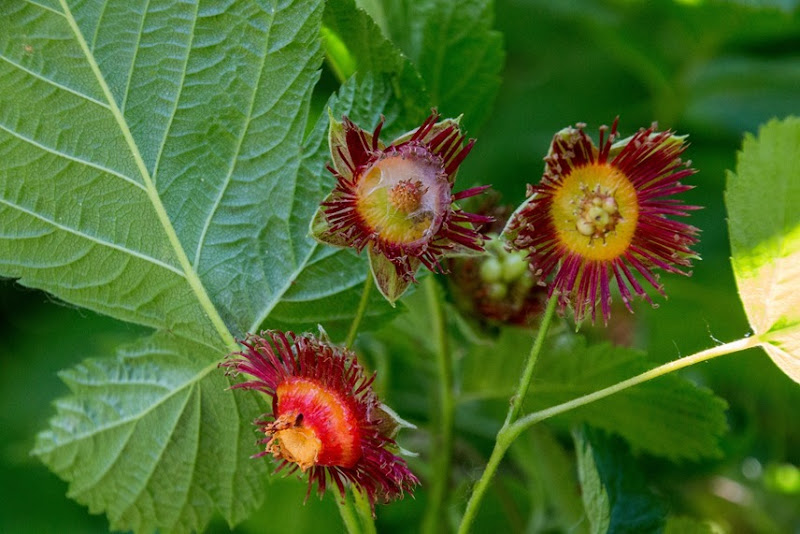 There was a lot more of the tree fluff floating around. 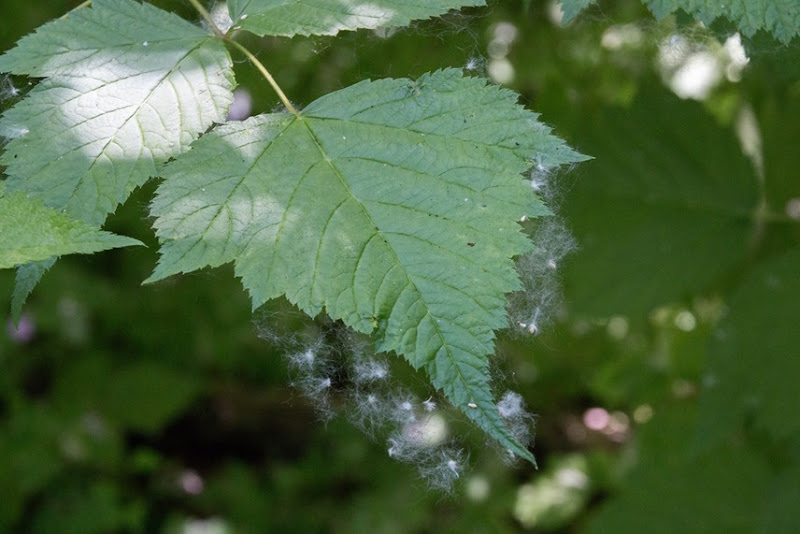 And another berry that we don’t recognize but I don’t think is edible. 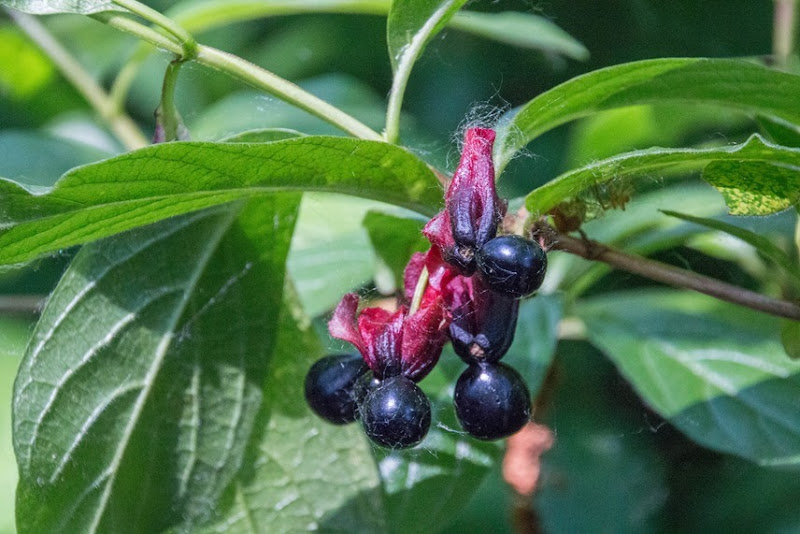 I am not sure if the yellow flower is before or after the berries. Judging from the state of the leaves I would say after. 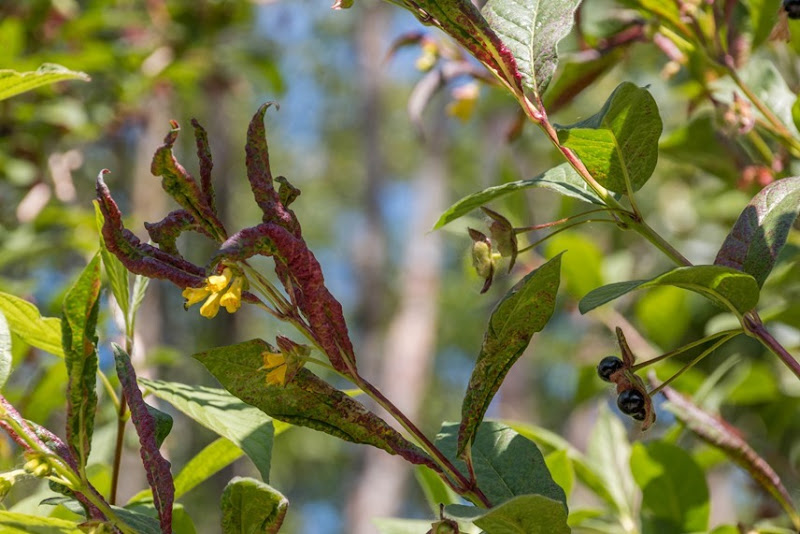 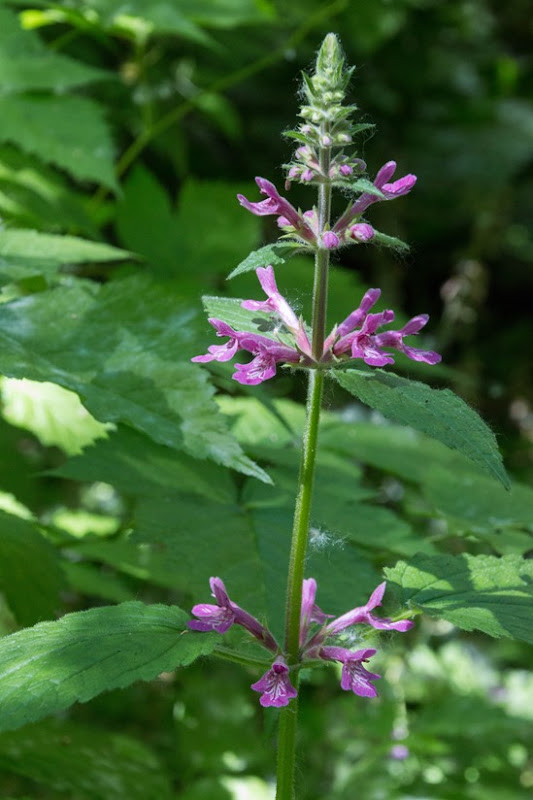 There was a huge wild rose bush and only one blossom. 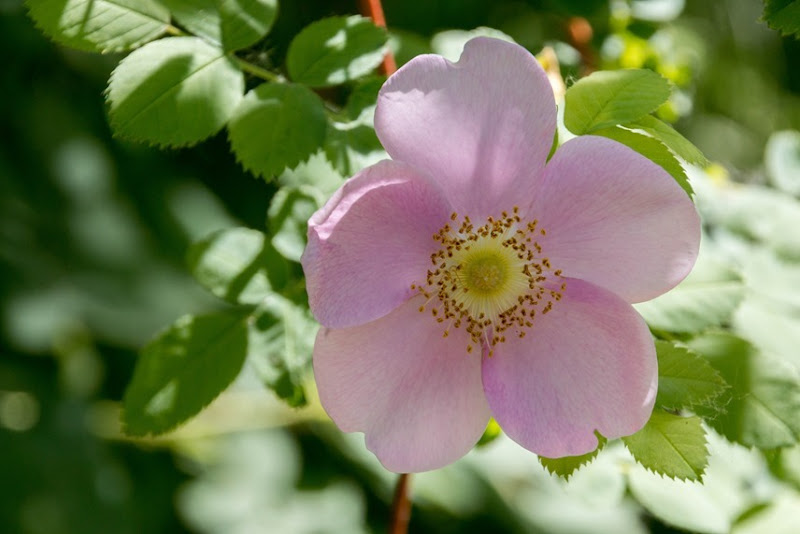 There were many damselflies fliting around. 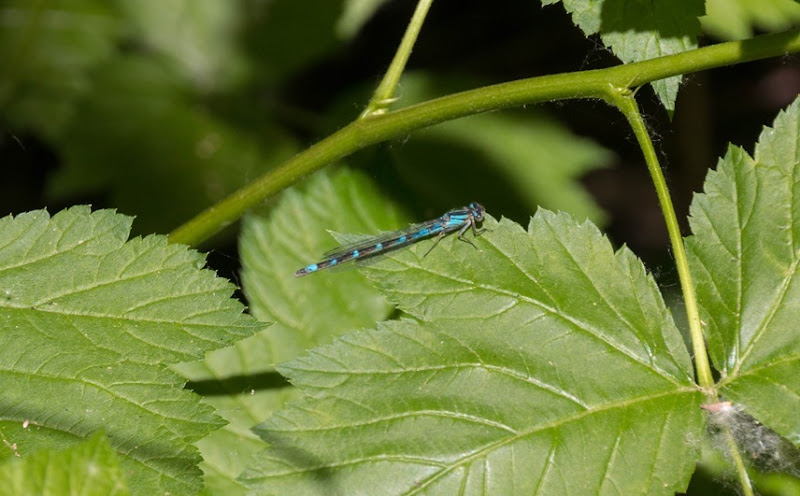 This is the pond where the herons nest. The trail on the far side is closed until July. 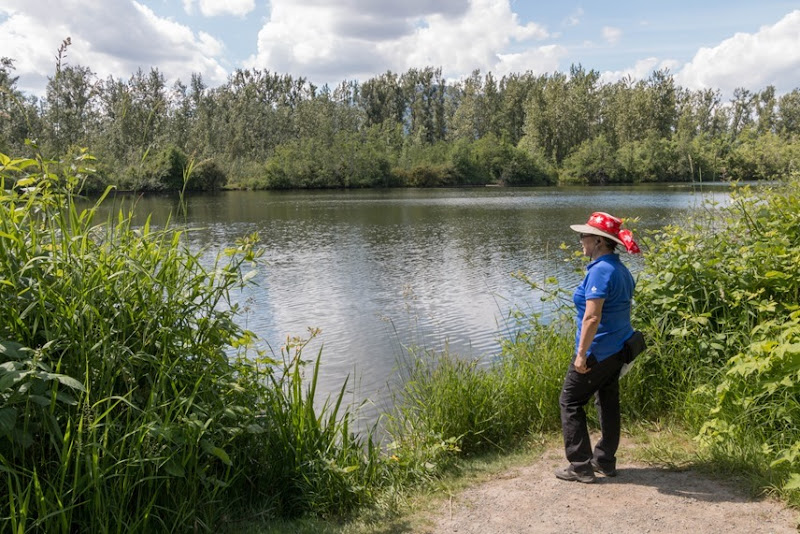 There were a lot of irises along the shoreline. 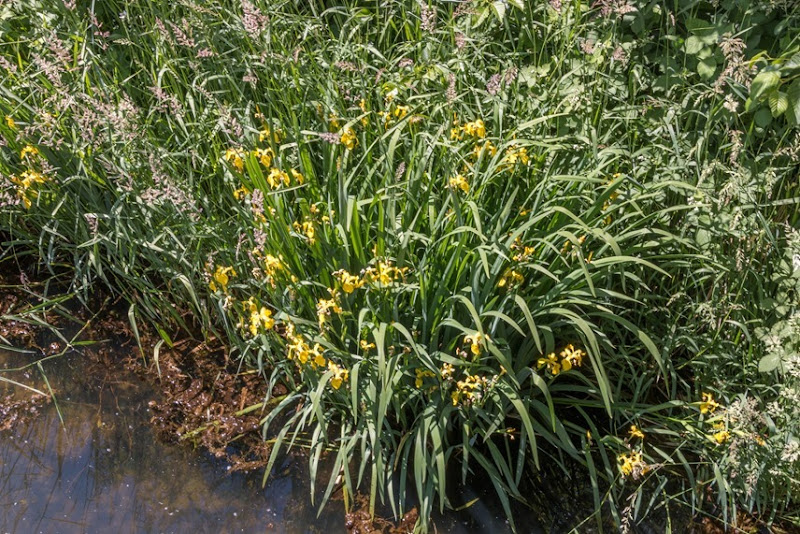 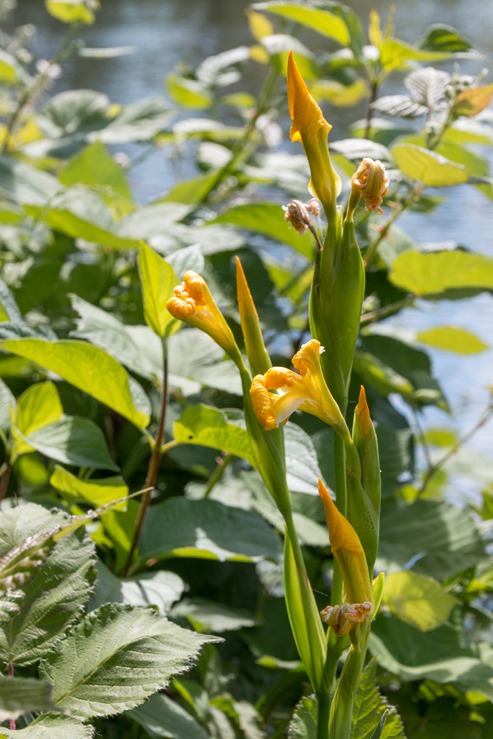 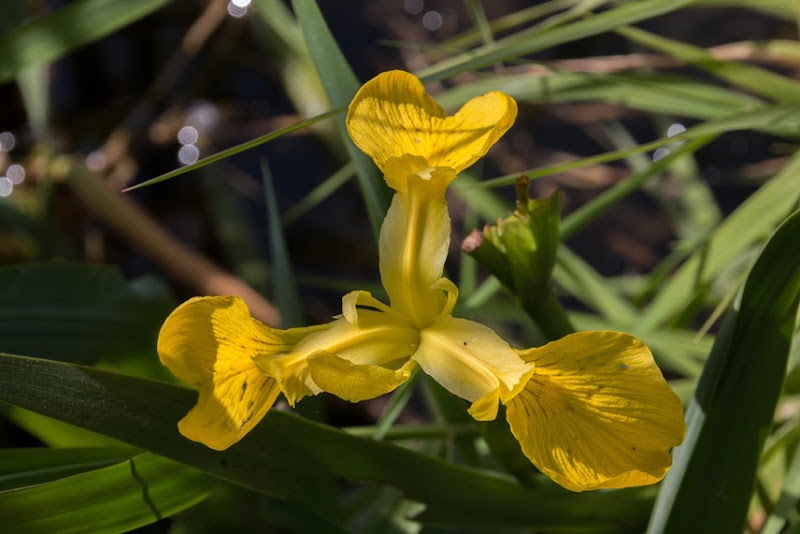 I caught another one with a bee on it. Then we were off to do some grocery shopping and home.

We are moving to Vancouver tomorrow.