We continued our move towards the coast with a 3 hour easy drive to Nimpo Lake.

For some reason Google Maps thinks the drive takes much longer. I think it may have used the wrong speed limit in their calculation. 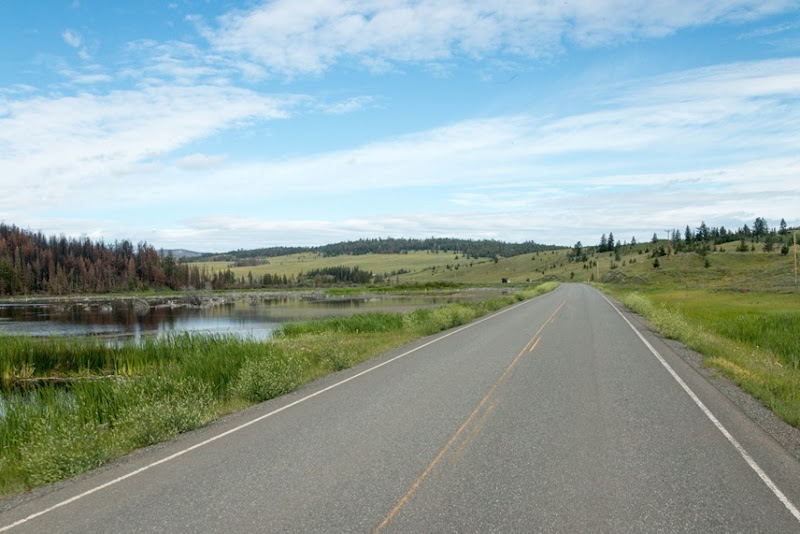 Up until now we haven’t seen the effects of last year’s forest fires. Almost as soon as we left today we encountered a lot of burned out patches. 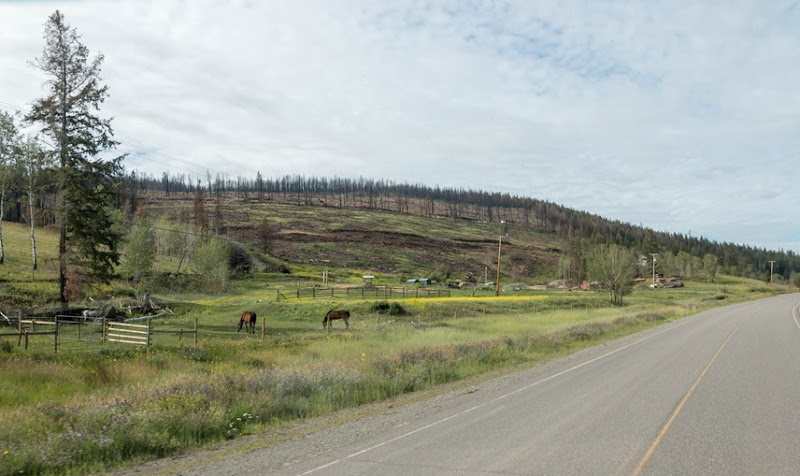 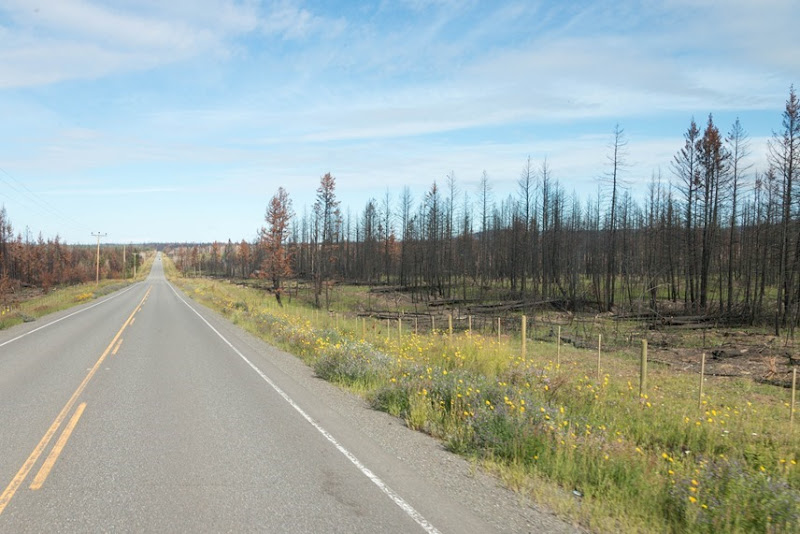 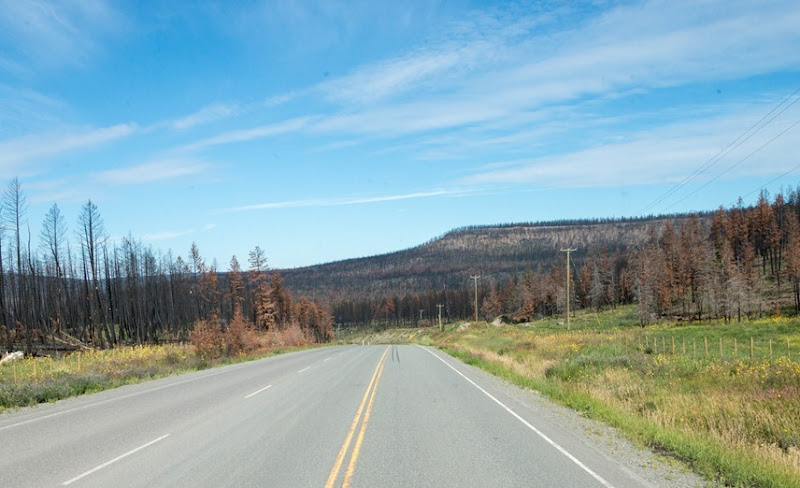 And then there were mountains on the horizon. Any picture is better with mountains. 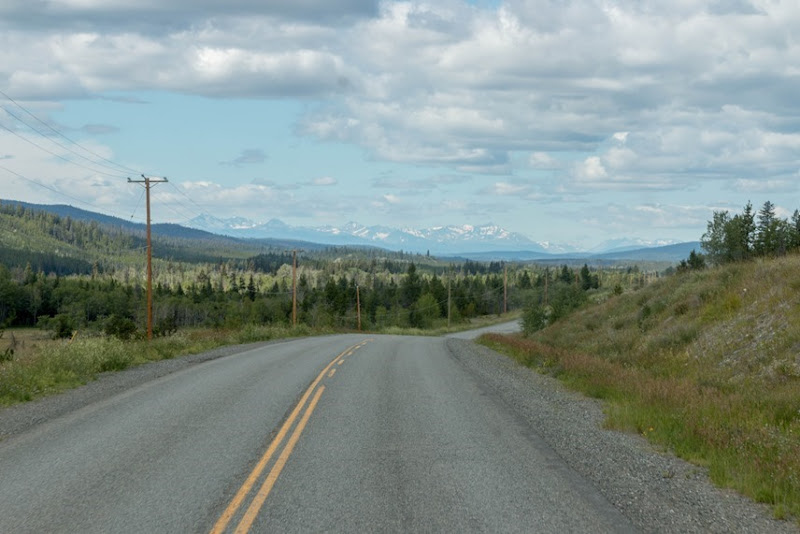 We went through several spots where the cattle are not fenced in so you have to watch for them on the highway. We only saw them one time and had lots of warning. 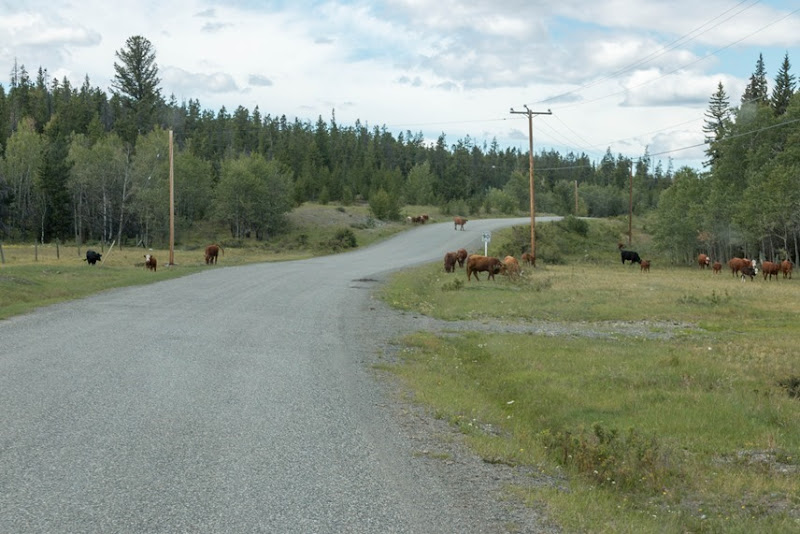 I just drove very slowly and they would move out of the way while giving me “The Eye”.

A zoom down a really long straight stretch. 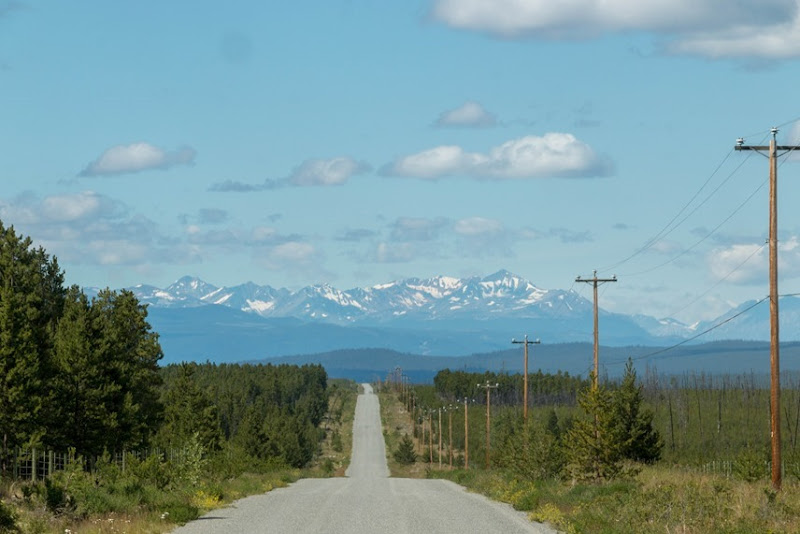 The speed limit for most of the way is 100 kph. The road was very smooth but there were some sharp corners that would sneak up to you so I managed around 90 kph, except on the few hills, of course. 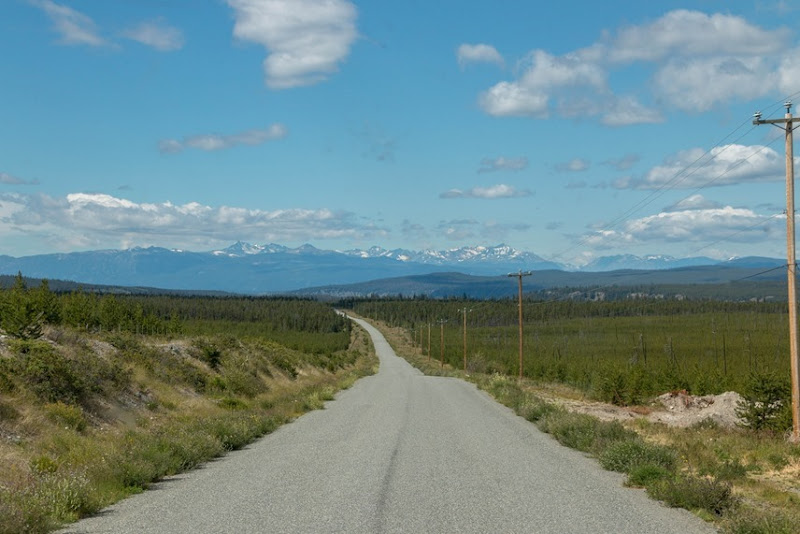 A very dilapidated barn that still seems to be in use. 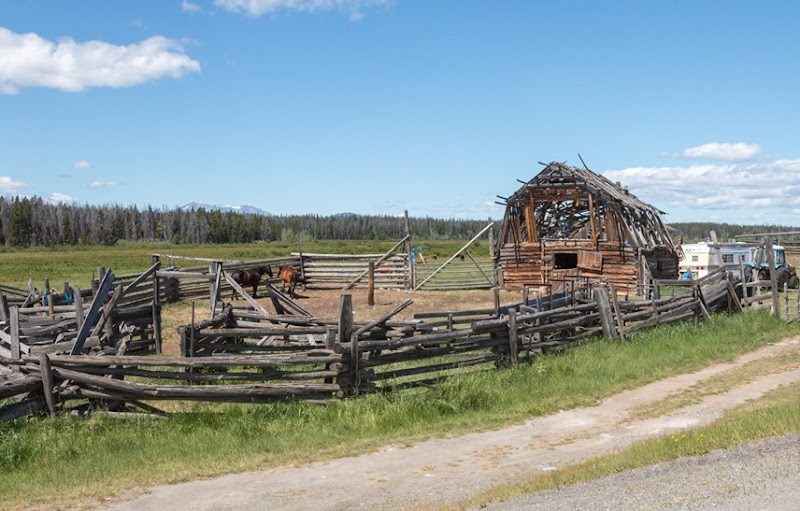 This is a really empty highway. For most of the trip there were no other cars in sight. All day, only 5 other cars passed slowpoke me.

I did catch up to this tanker but he was only going a bit slower than me so I just followed him for a long way into Nimpo Lake. 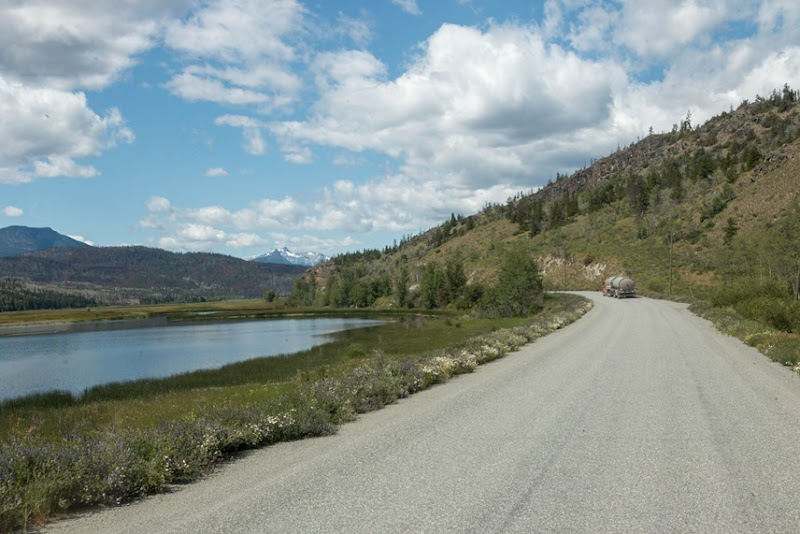 We are staying at the very nice Vagabond RV Park. Currently we are the only people here and got the prime site right at the lakefront. 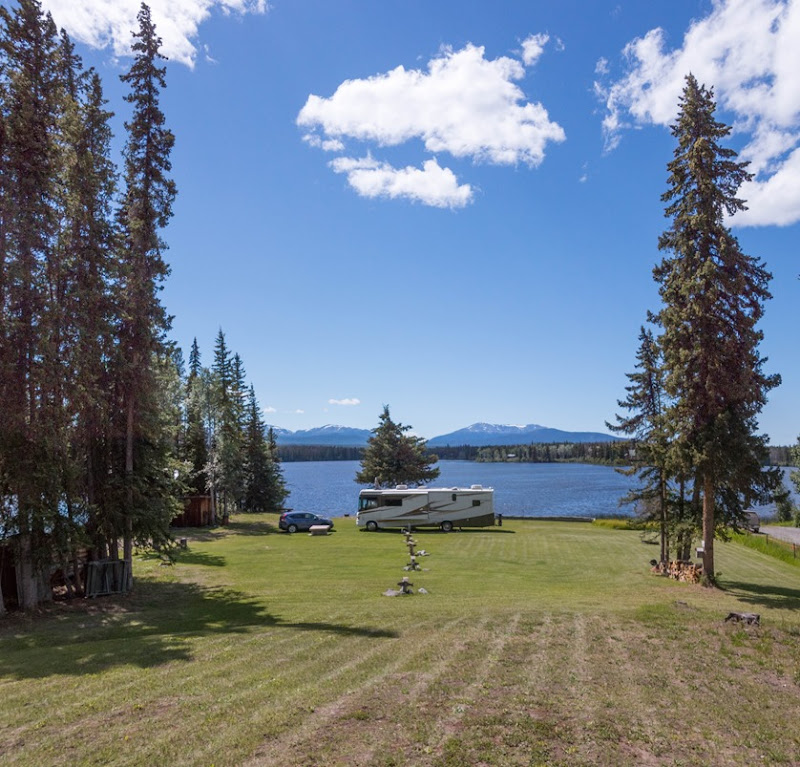 The owner bought it 2 years ago. There used to be a lot of tourist traffic here as people would do a big loop coming up Vancouver Island and taking the ferry to Bella Coola, drive this highway to Williams Lake and then head back to Vancouver. Several years ago BC Ferries, for some reason, changed the ferry it used, to one of the small flat ones it normally uses for short hops between islands. Since it was so small it was very hard to get a spot and so the number of RVs and tourists in general doing the loop dropped dramatically. Not many people do the out and back like we are, as it is about 500 km each way. Everybody around here complained and there is constant talk, but no action yet, on getting a bigger ferry.

The campground has 22 sites including some in the trees to the left of the picture above.

I think we got the best spot.

A photosphere from the shoreline

He has a couple of log cabins as well. 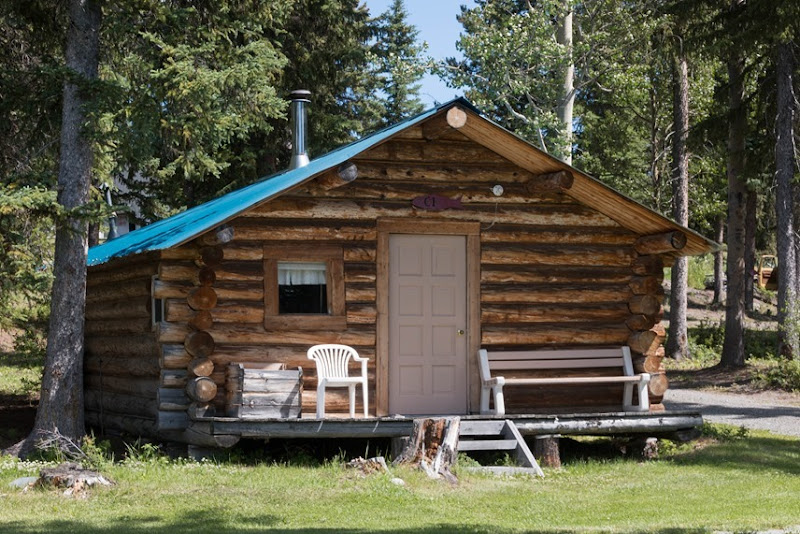 One of the reason for us to stop here, aside from the fact that it is a nice break on a long drive, is to take a flightseeing trip. There is some amazing scenery around that, unless we are willing to do multi-day hikes, we would never see.

The airplane company is located just down the shoreline. 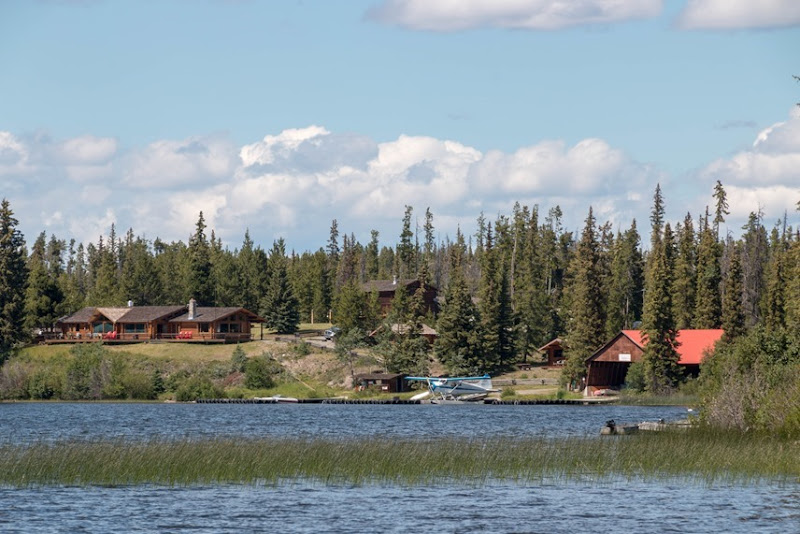 They have 2 planes, a 3 passenger Cessna 185 and a 5 passenger De Havilland Beaver. The pricing scheme is that you don’t pay per person but per flight. The flights cost a certain amount no matter how many passengers so the more people the cheaper it is per person. When I booked the flight for tomorrow, the person said that if we could get another couple we would take the Beaver which does cost more but the per person cost would be lower.

I think we are taking the Cessna. It headed out for a flight this afternoon. 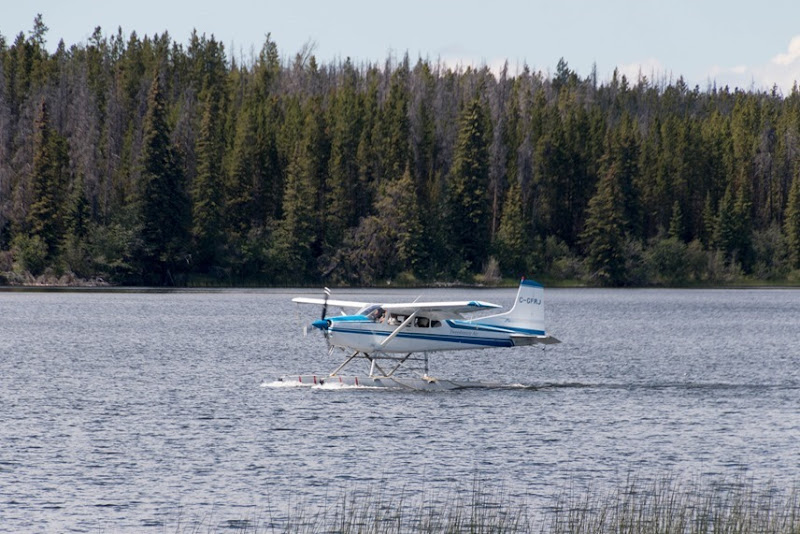 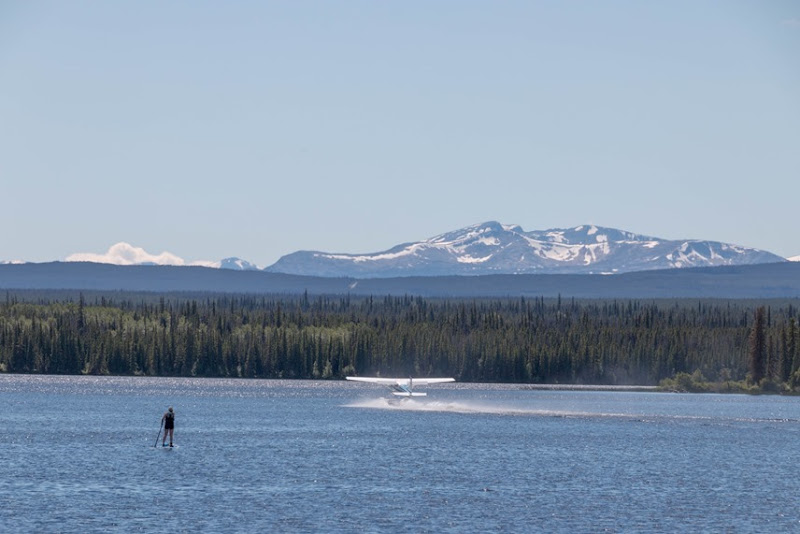 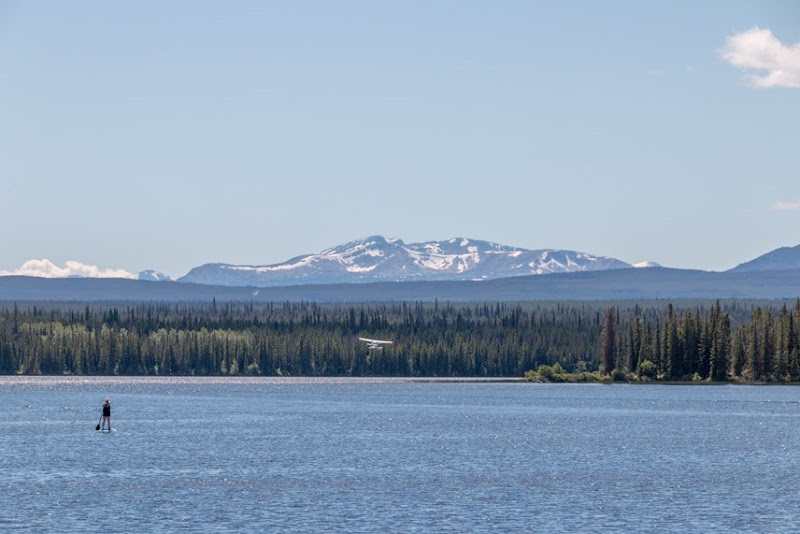 The Beaver headed out later. 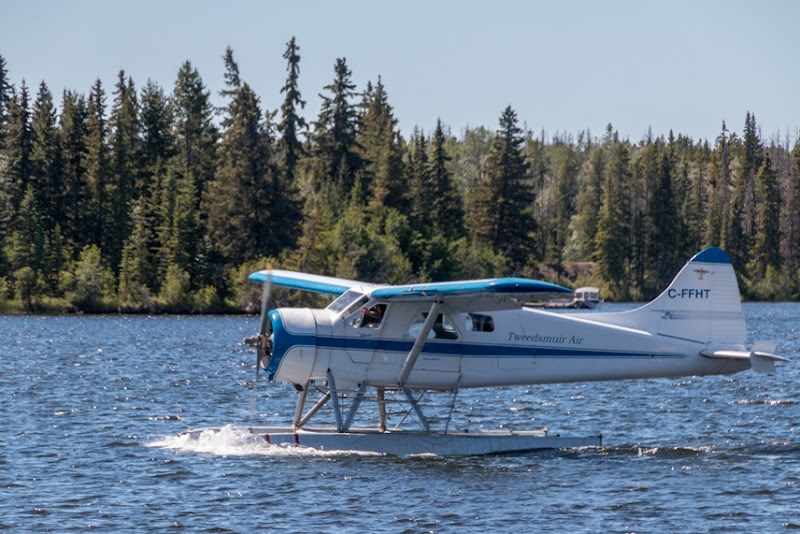 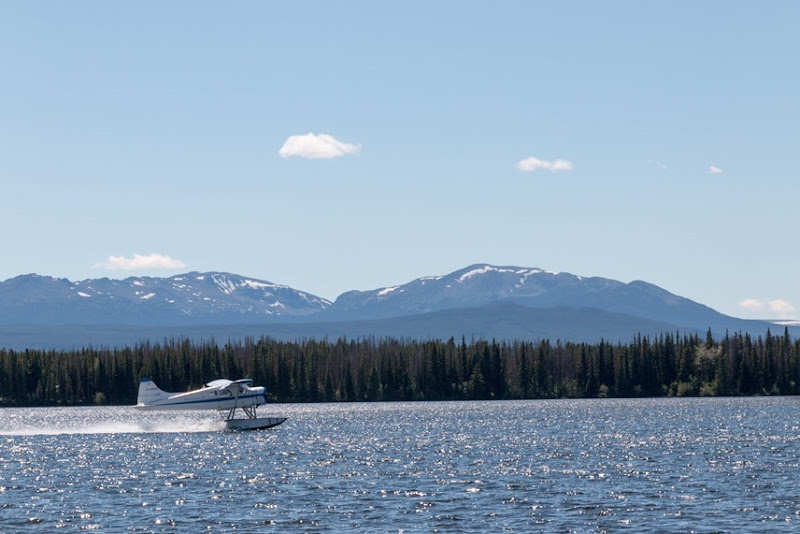 When the Cessna came back, it came in right over our heads. It would have made a great picture but I heard it too late to get outside.

We are here for 3 nights,