Today we just did a couple of things in the state park.

This morning we walked over to the restored Fort Wilkins site. The fort was built to provide law and order during the copper boom in the area. Since there were no roads, it was supplied by the one large ship operating on Lake Superior at the time. In the winter they only got mail and orders by someone walking the long distance overland from parts far south. To make things worse that one ship managed to wreck itself one summer before it had delivered the winter supplies. It was not a fun winter.

You enter along side the married enlisted men’s quarters, which surprisingly were not inside the stockade. 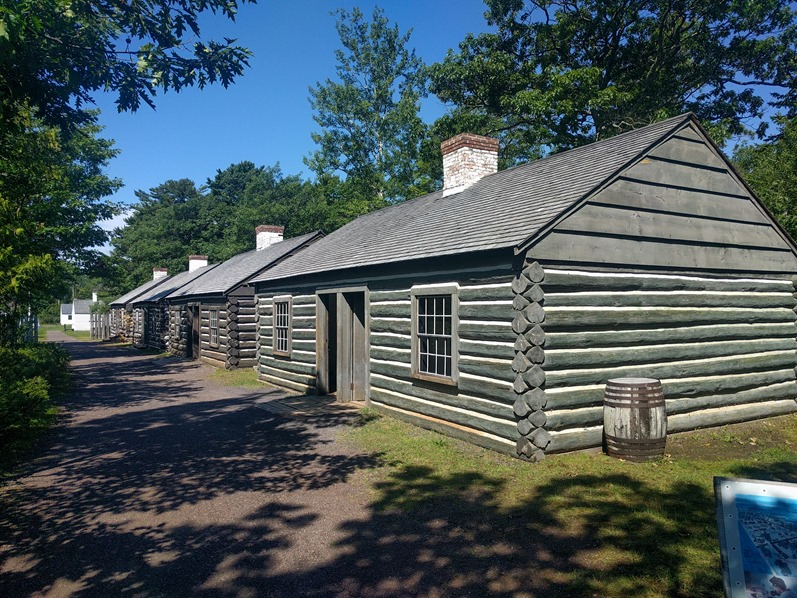 One of the buildings was having some logs replaced. 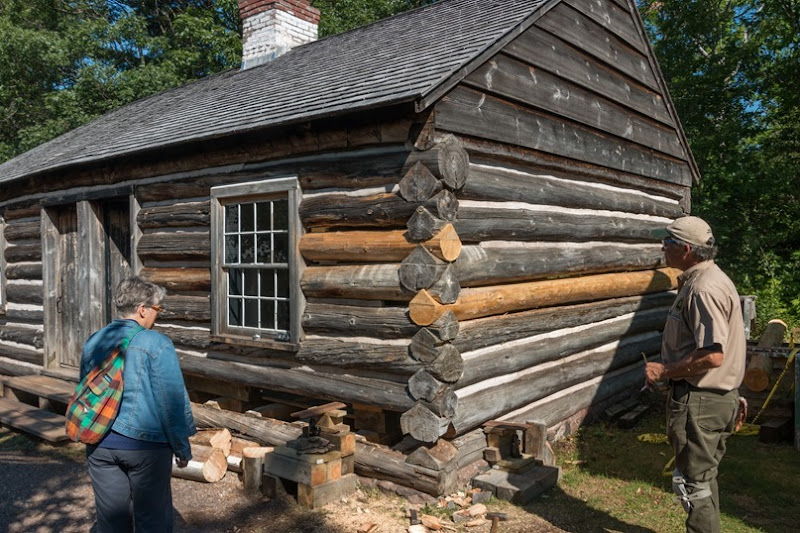 I don’t think they had 1 ton hydraulic jacks to help them do this back in the day. 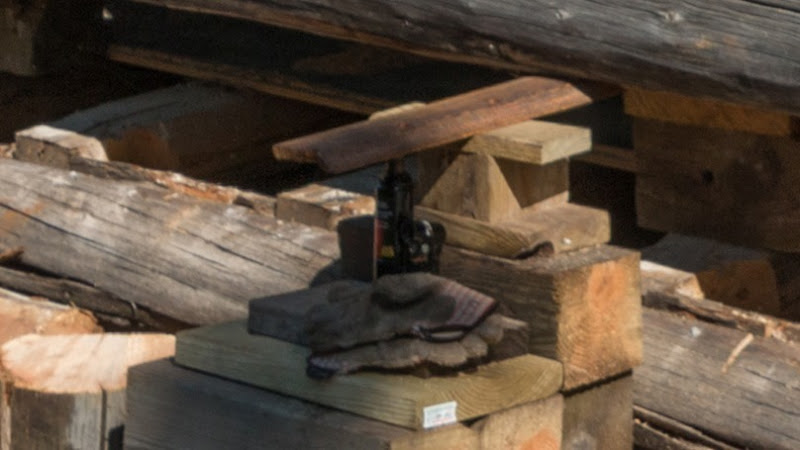 I wondered how he got the new log in place. He showed me that the triangular section is a separate piece. 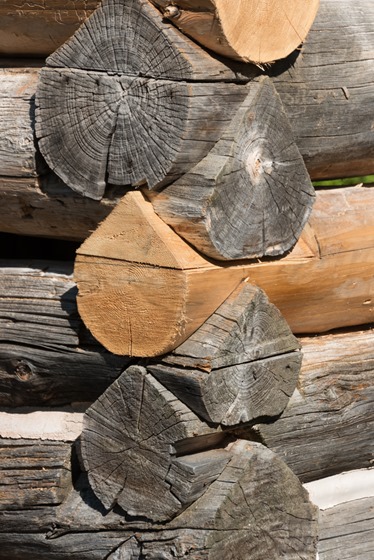 Out onto the parade grounds. 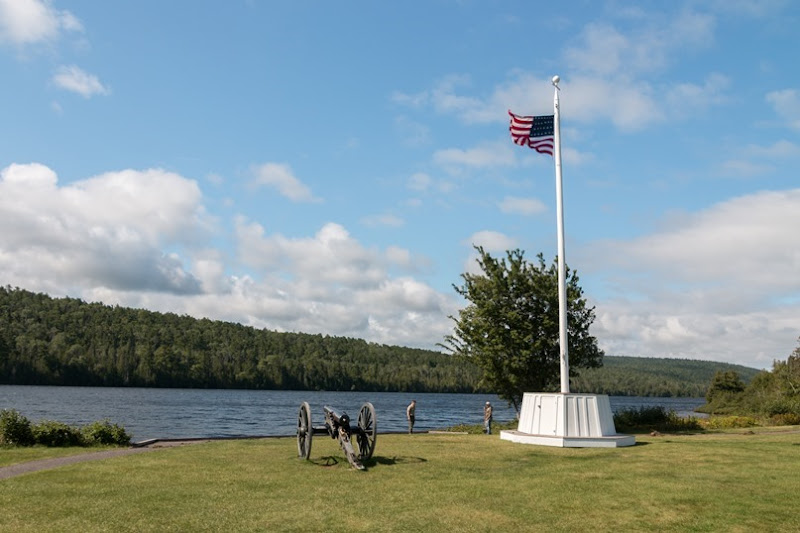 Just about all the buildings had displays in them. Supposedly, until mid August, there are people in period costume in each building explaining life at the fort. I guess we missed by a week or two. Too bad.

The displays were quite well done. I won’t bore you with many but I do want to remember a few.

The bakery, with a recipe for bread for 100. 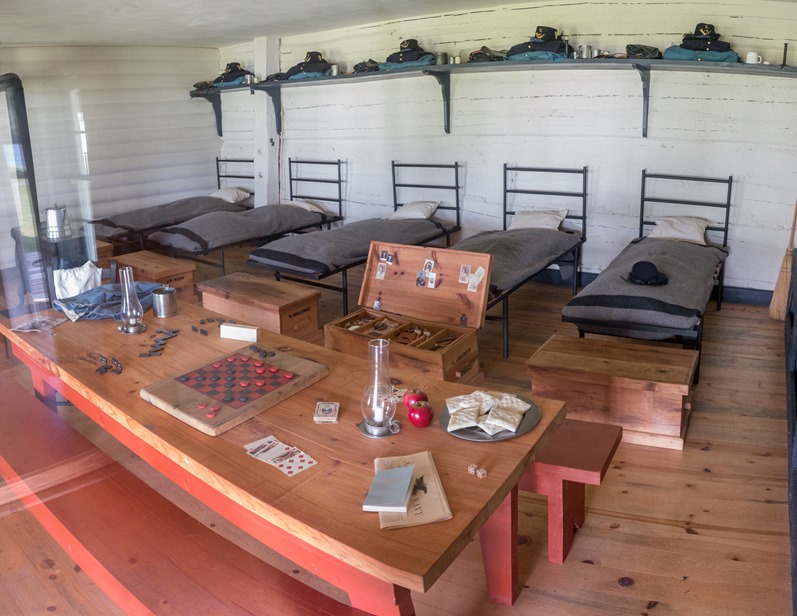 I guess the stockade also needed some repairs. 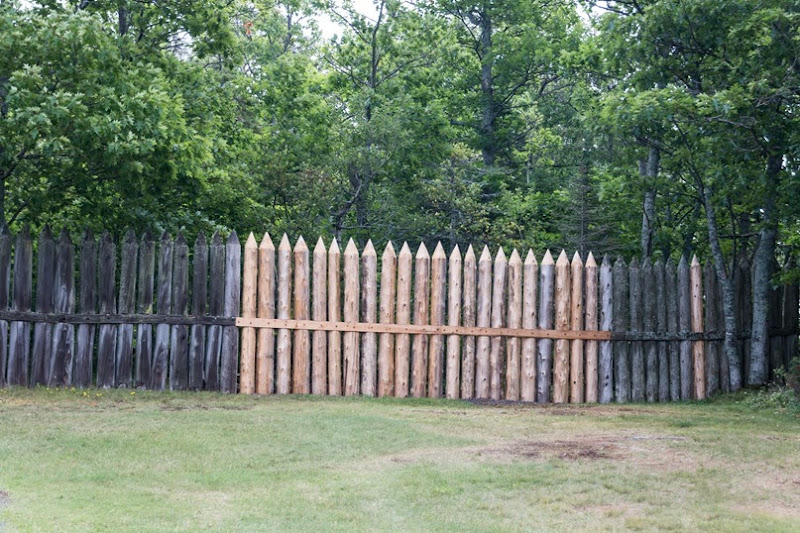 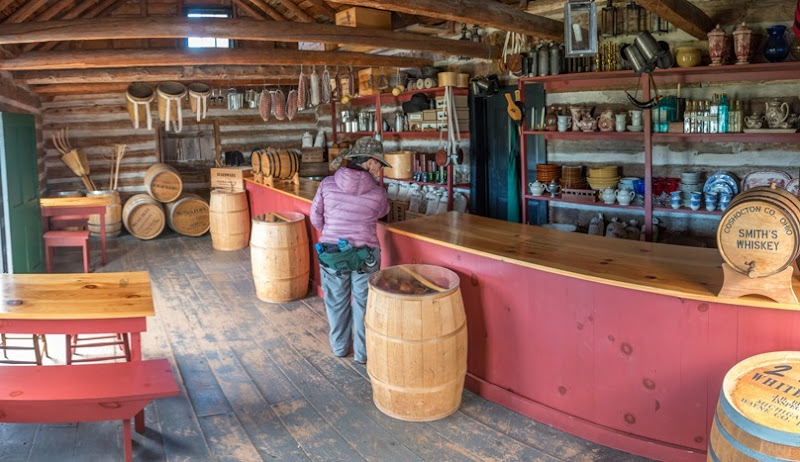 The armoury with some cannon balls. I am not really sure what they would do with a cannon if it really was just a sort of police depot. 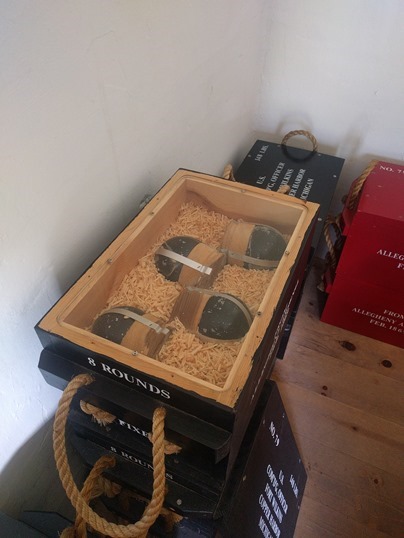 One building had a model of the fort. 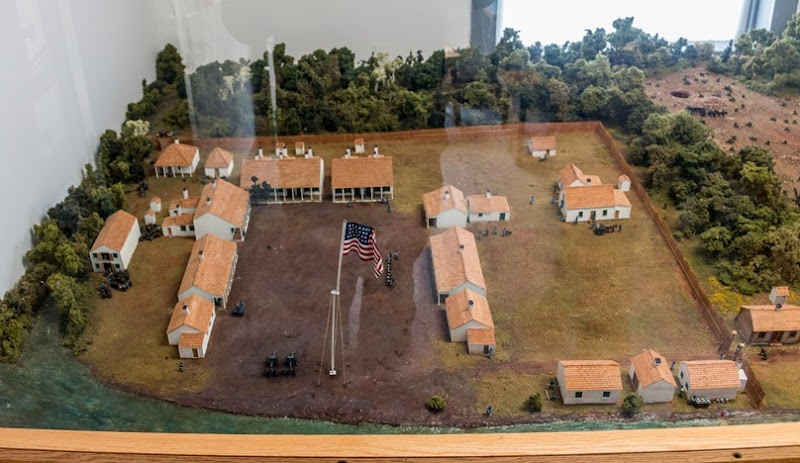 Another was about the copper mining. This display showed the depths of some of the local mines. The ones around Copper Harbor were shallow but farther south they got down to around 4800 feet. I guess the vein sloped downwards. 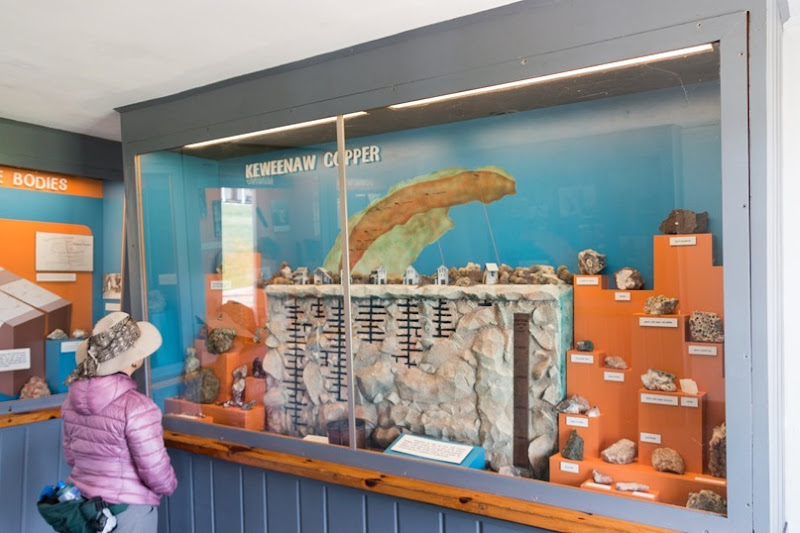 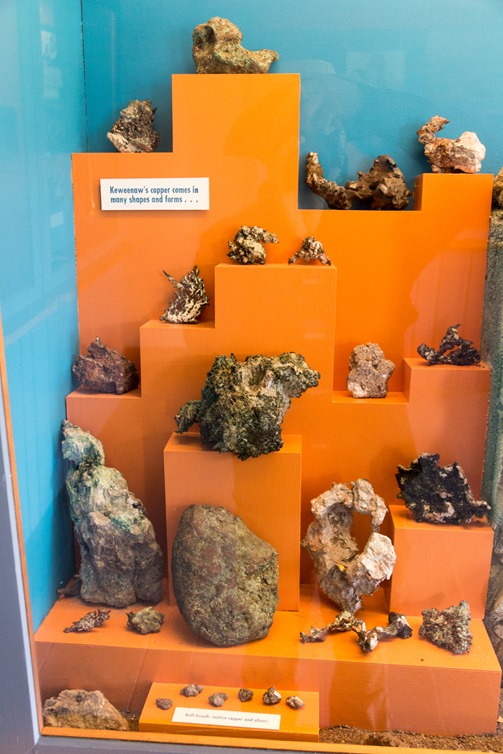 After hitting all the buildings we walked back to the RV for lunch.

Afterwards we took a short loop trail that went out to the nearby Lake Superior shore. It was quite windy and the first part of the shore that we got to was very rocky so there were some good crashing waves. 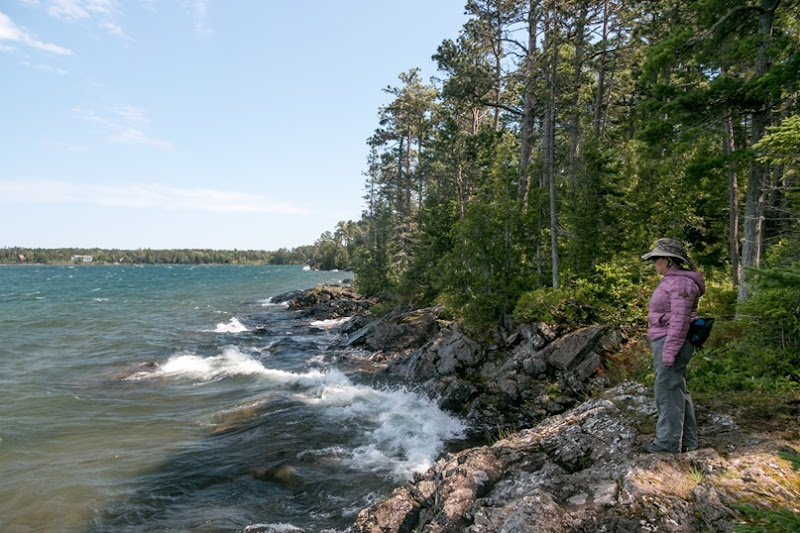 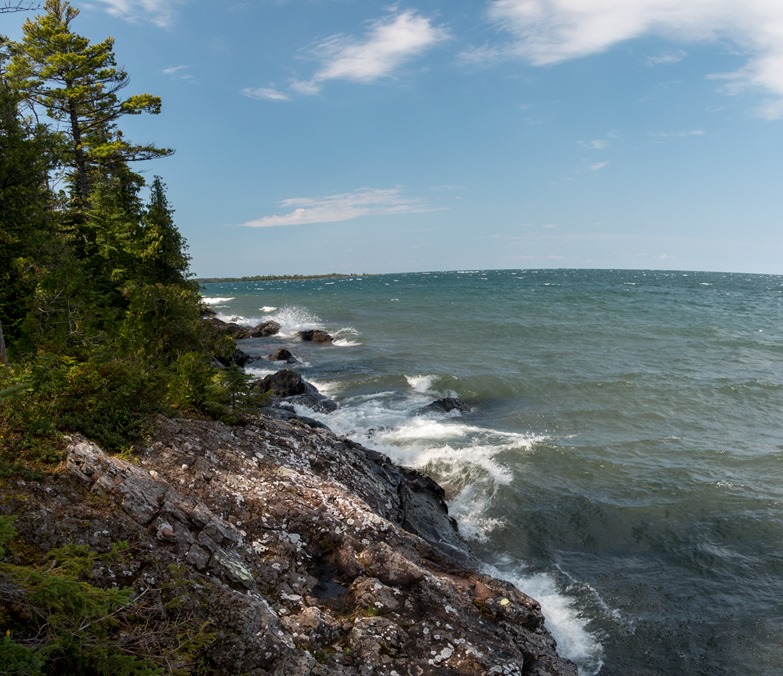 Across the bay is the Copper Harbor Lighthouse. It is on a separate piece of land owned by the state park but there is no way to get to it as the land in between is private. In other years there was a concession that ran boat tours but they could not find anyone to run it this year. We will have to make do with far off views. 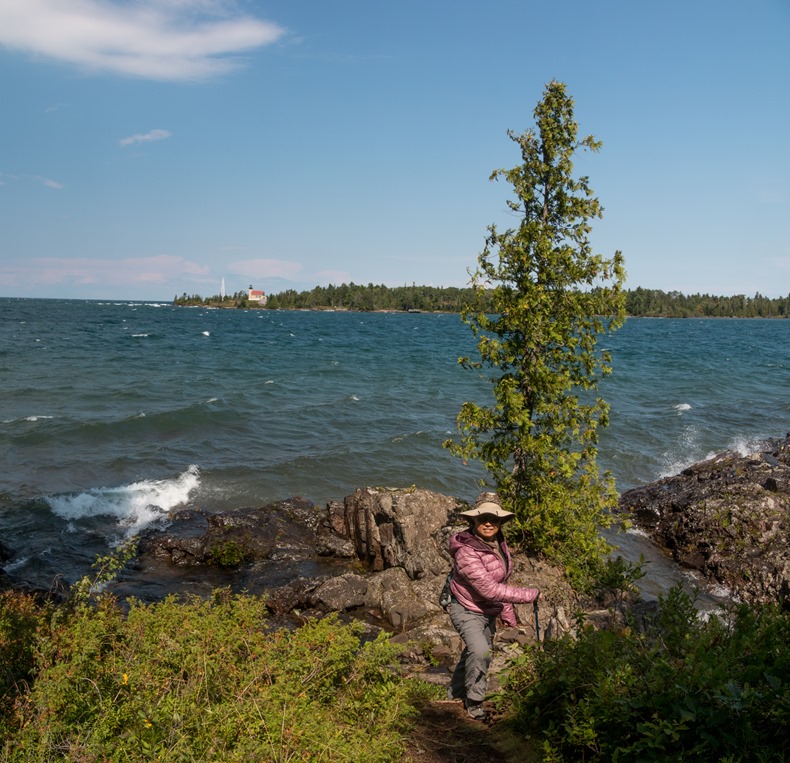 The trail was just up from the shore but every once in a while a small side path would lead back down. We took them all.

Some more pictures as we worked our way along. 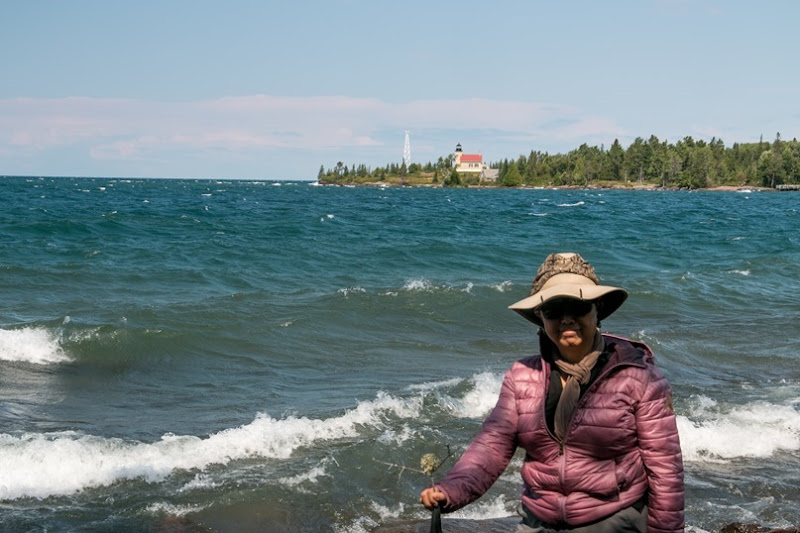 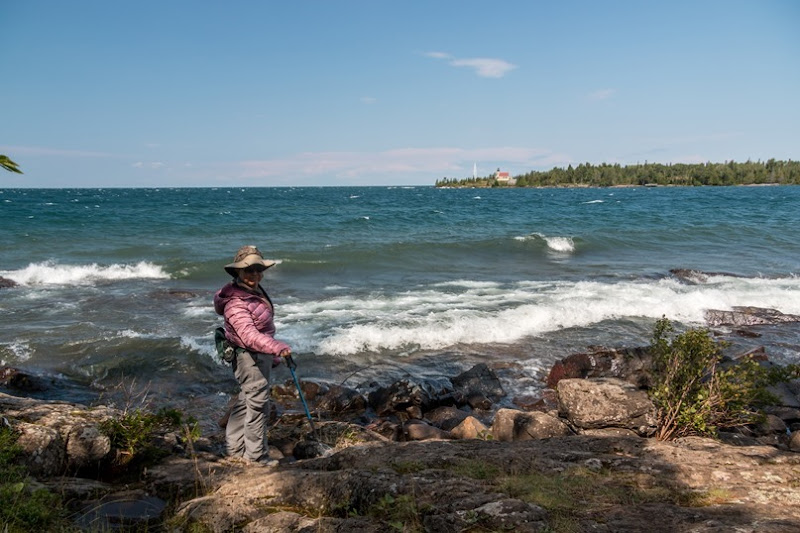 Lots of big splashes. We almost got wet a few times. 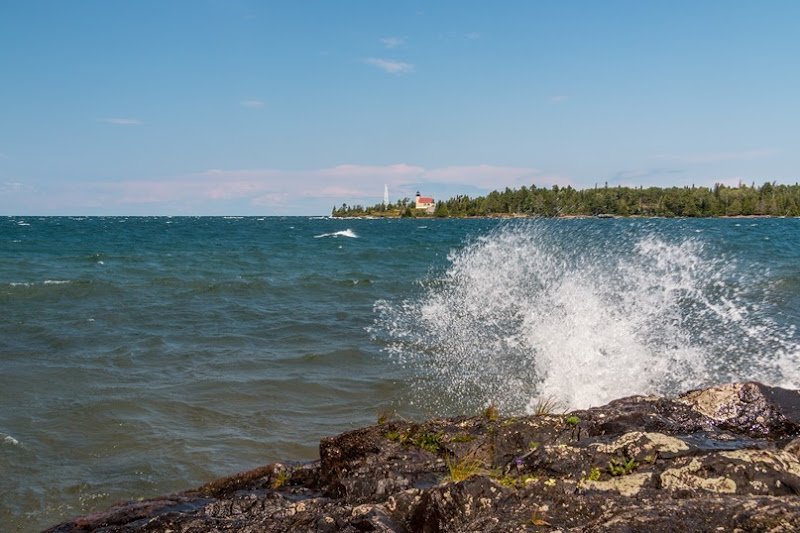 Eventually we got to another rocky beach. Jennie activated “agate finding mode” while we watched the waves for a while. 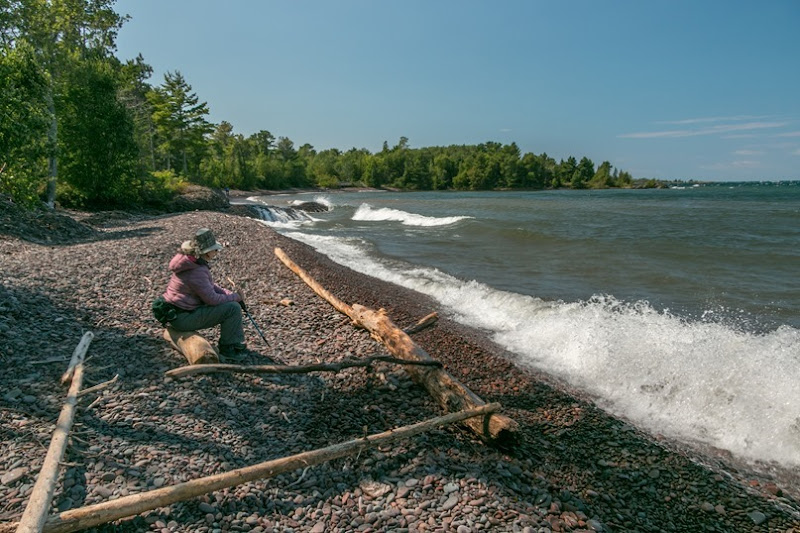 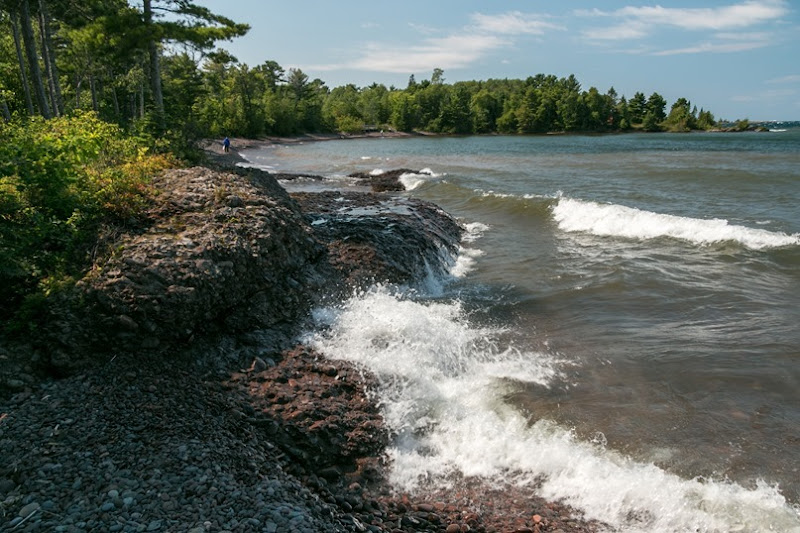 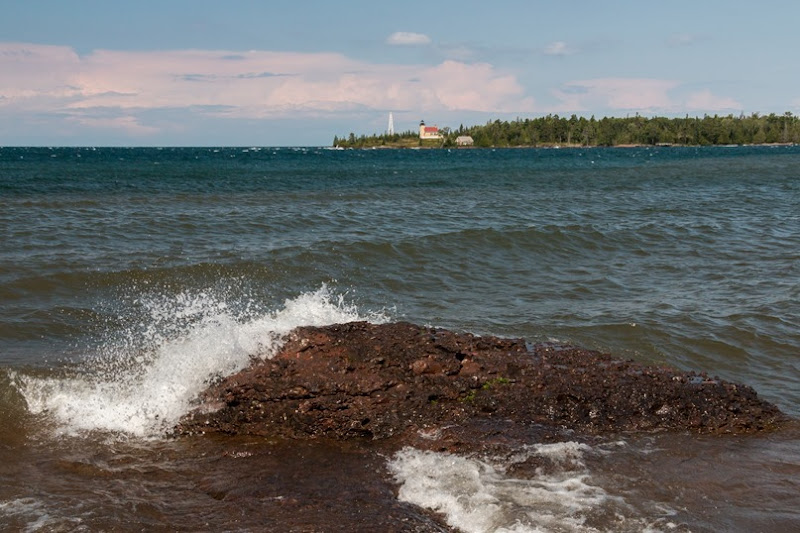 I left her up the beach hunting for rocks while I went farther down to get a better angle for a closeup of the lighthouse. 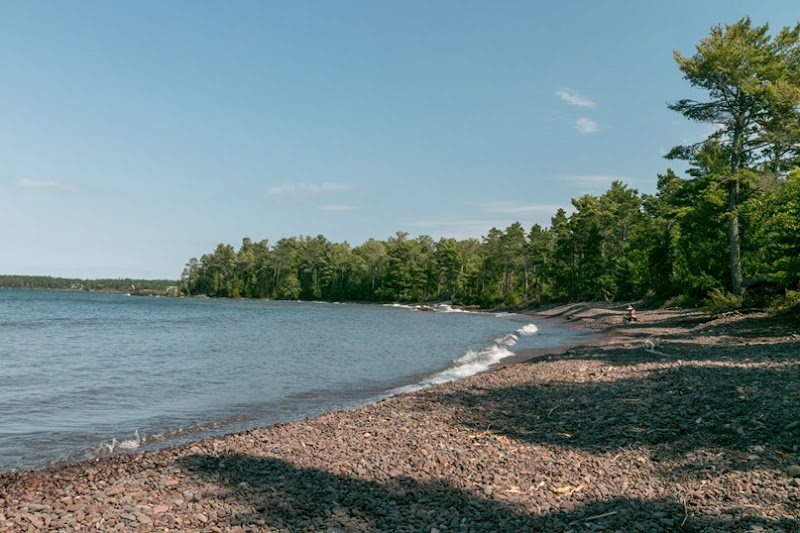 A wide shot and then closer ones. 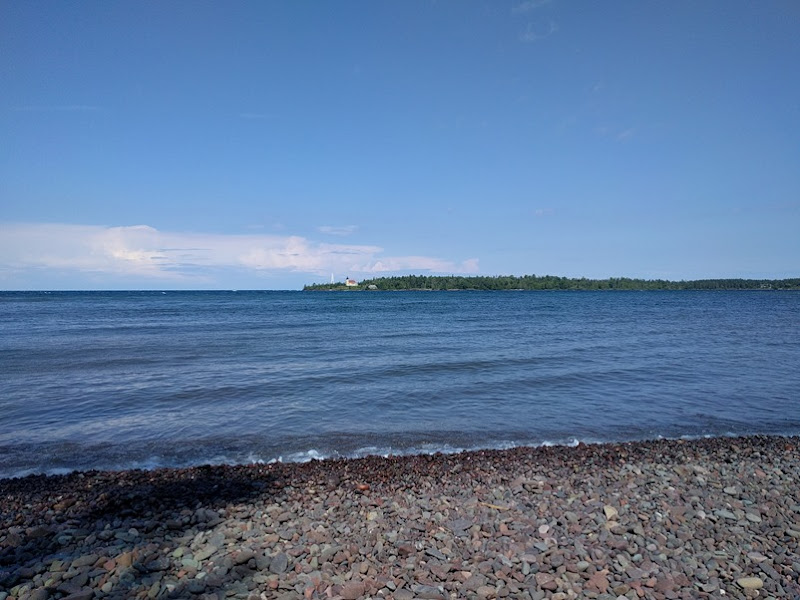 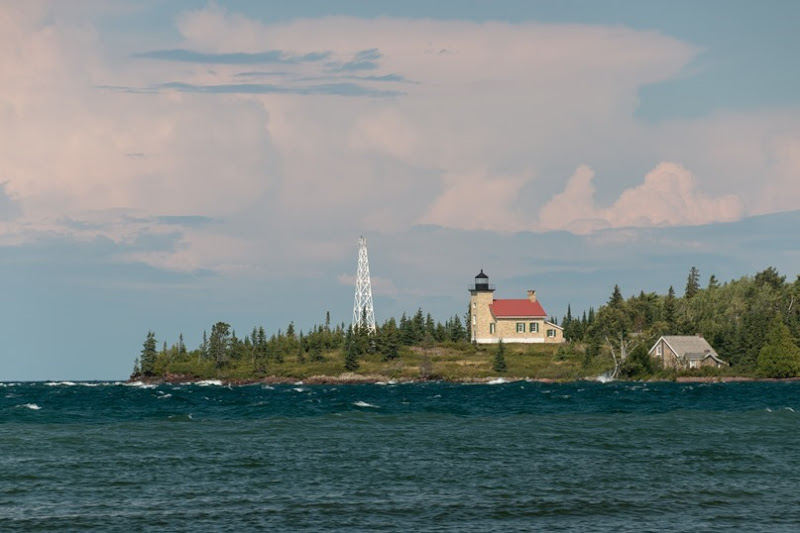 Nothing in the tower. (I really wanted to photoshop out that annoying little tree in the foreground). 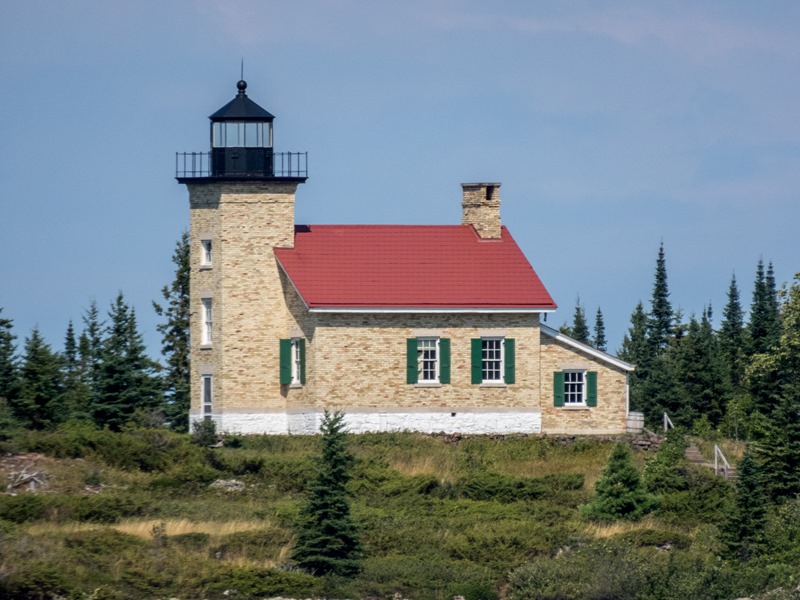 After a relaxing snack on the beach we headed home.