When we woke up it was overcast but it didn’t look like rain. By the end of the day it was bright sunshine again. We decided to do some of the scenic drives recommended in the guide books.

The first was up the steep ridge behind Homer and drive along the edge on Skyline Drive. There was a great viewpoint where you could properly see the entire spit. I have never seen anything on why it actually formed. There were a lot of very nice houses up here. 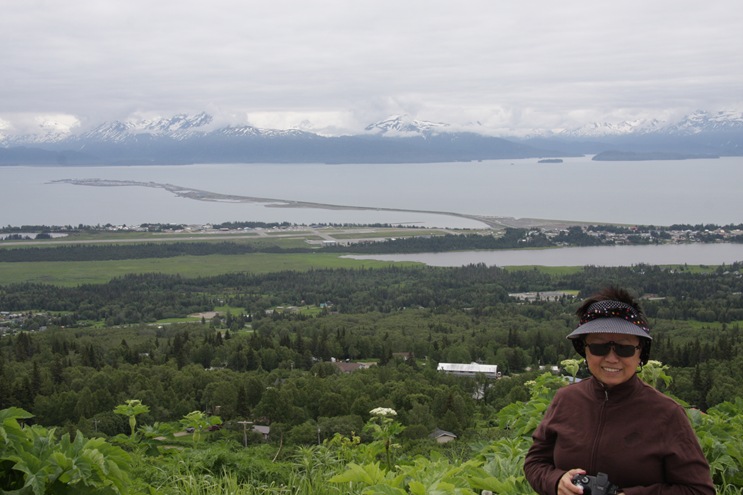 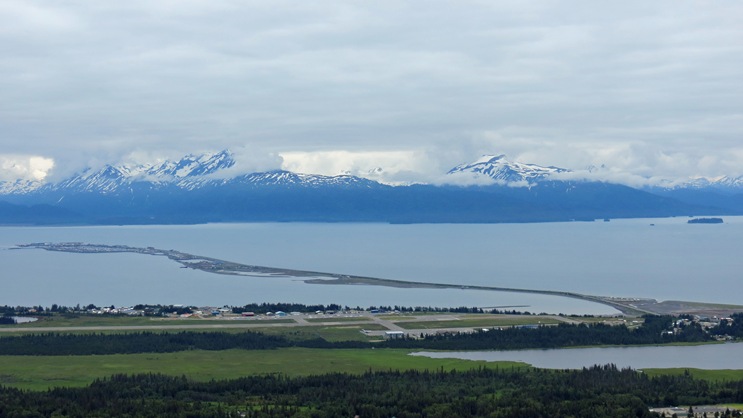 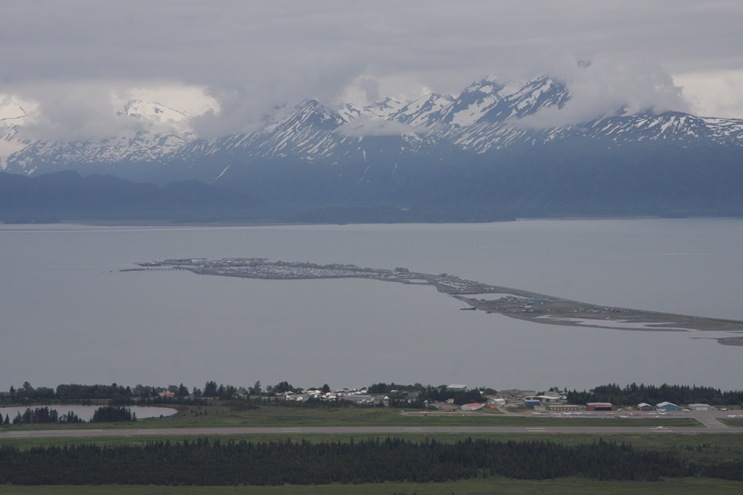 Zoom to our campground. 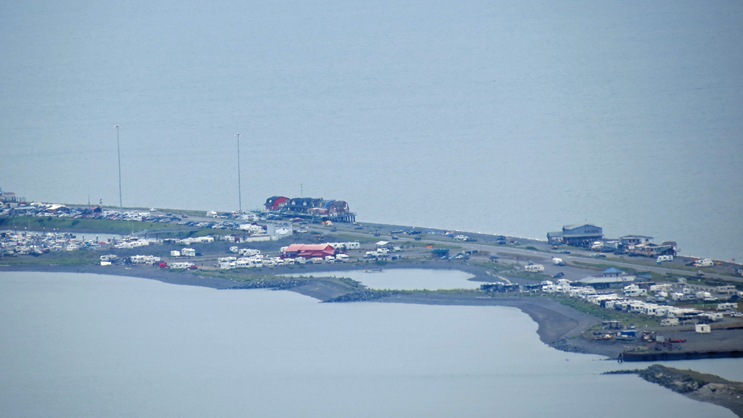 and a crop to our RV.. Not bad for at least 8 miles away. 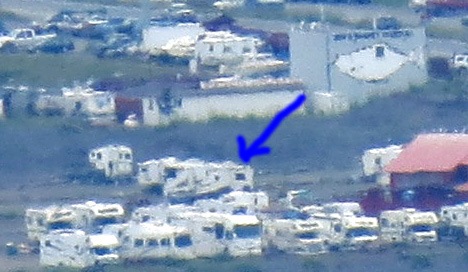 Next was the North Fork Road to the village of Nikolaevsk. It was a 14 mile loop from the highway and back, half of which was dirt. 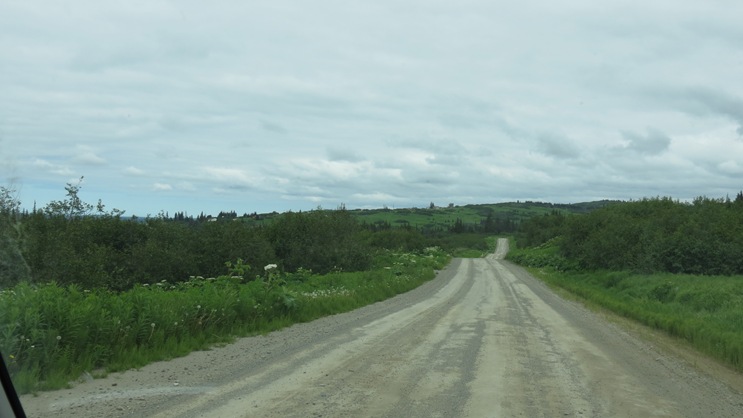 It went along a ridge with views of the Cook Inlet and the volcano Mount Iliamna. 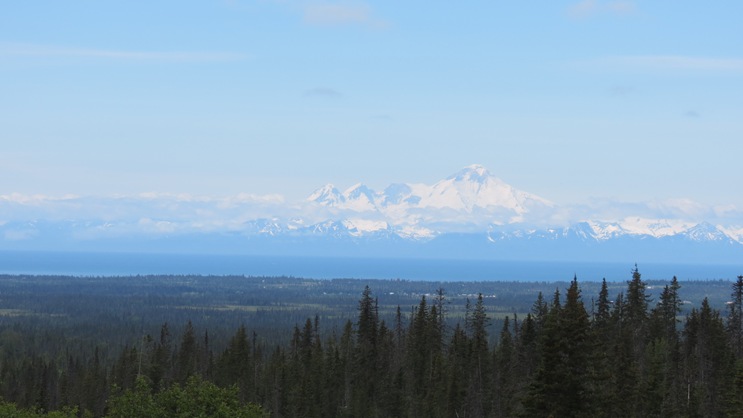 The village is a settlement "of “Old Believer Russians”. I am not sure what that means but they had a nice little church and are building a new one behind it. 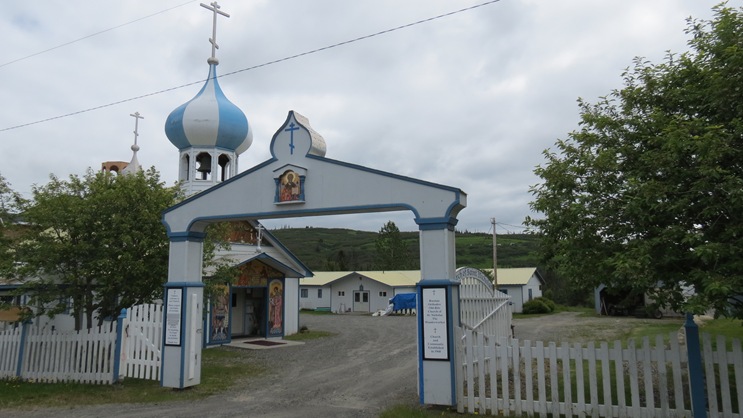 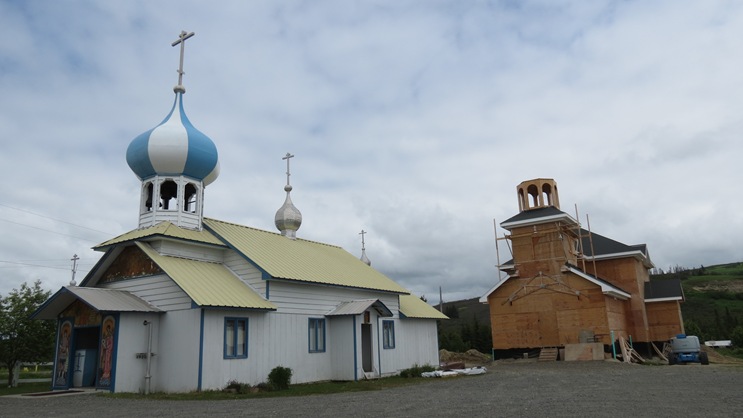 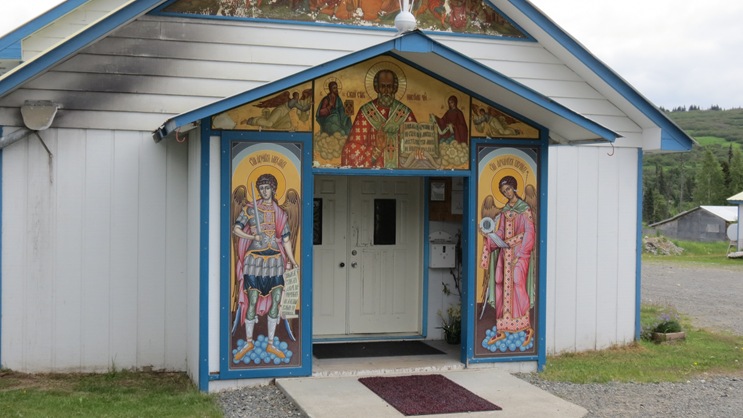 One kind of strange thing was that in the front porch were the levers to ring the bells. I think anyone that came along could get them going. 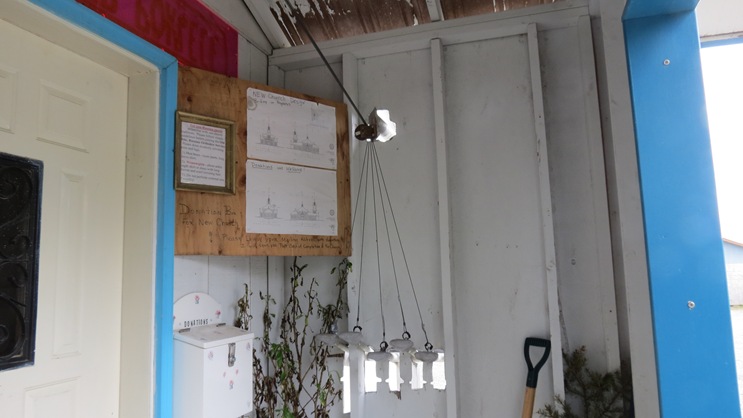 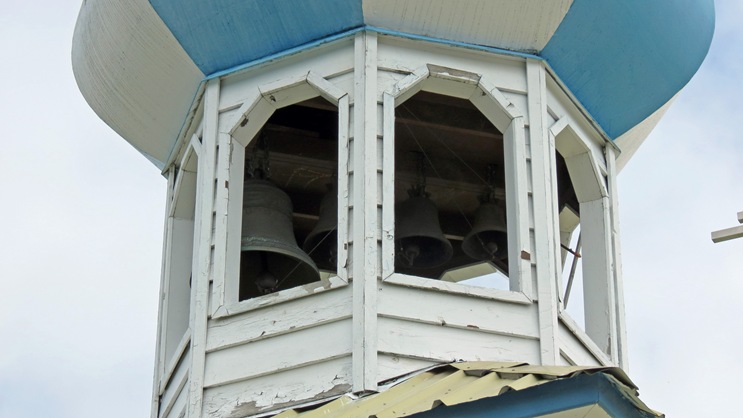 Next we went to Anchor Point on Cook Inlet, which is the most western highway point in North America. Now we have been both as far west and as far east as you can drive, since we were at Cape Spear in Newfoundland two years ago. 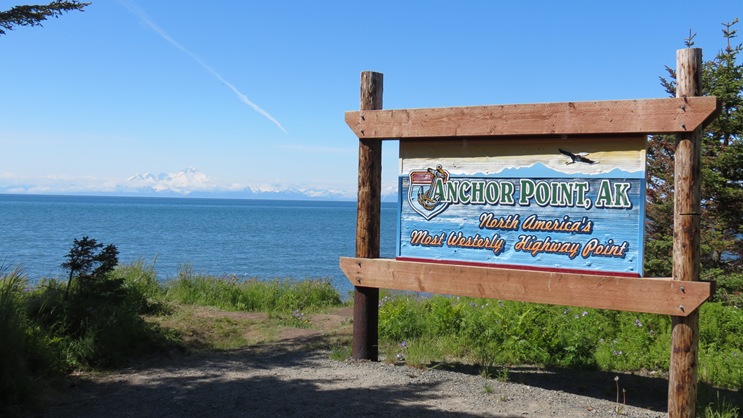 They have an interesting way of getting boats in the water here. The tidal range is quite large so on these long flat sandy beaches a launch ramp just doesn’t work. You drop your boat off on its trailer in the parking lot. A giant tractor then hooks up and takes you down and backs the boat and trailer, with you in it, into the water however far out that may be. We happened to be here near high tide. 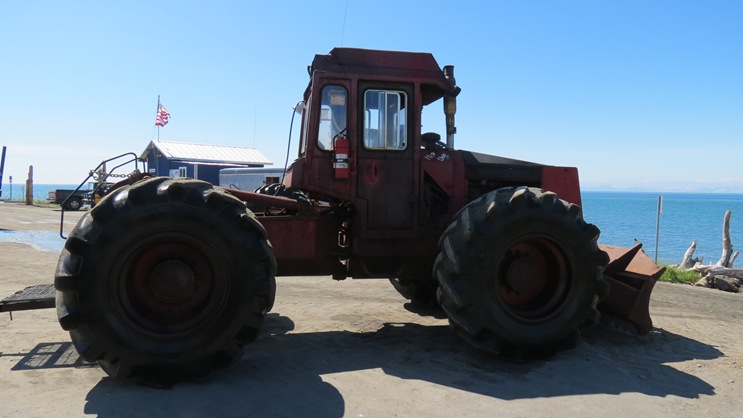 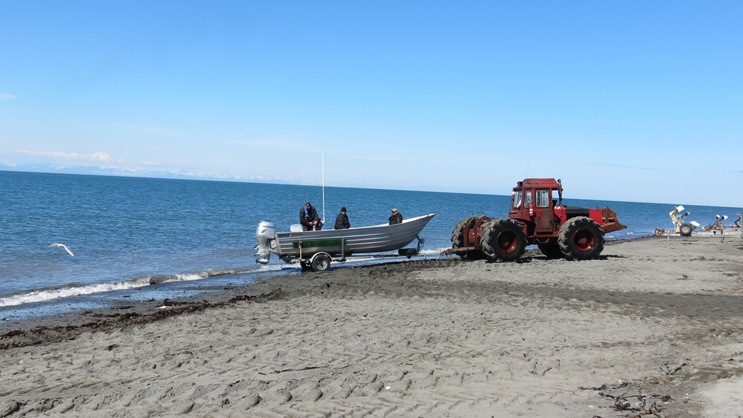 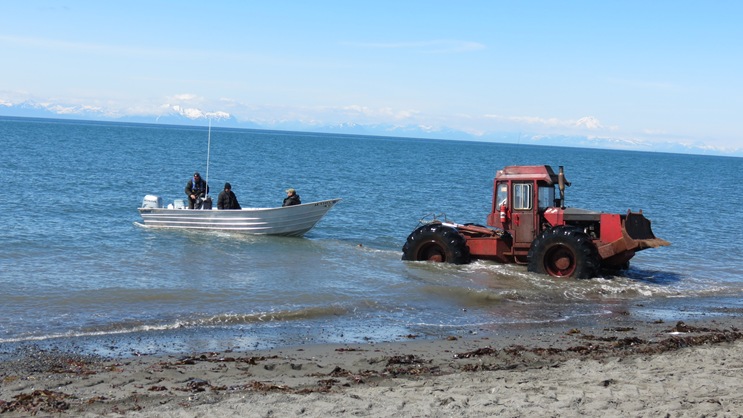 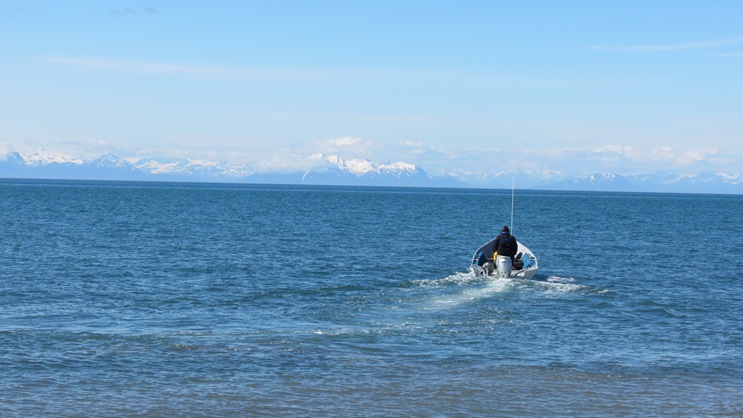 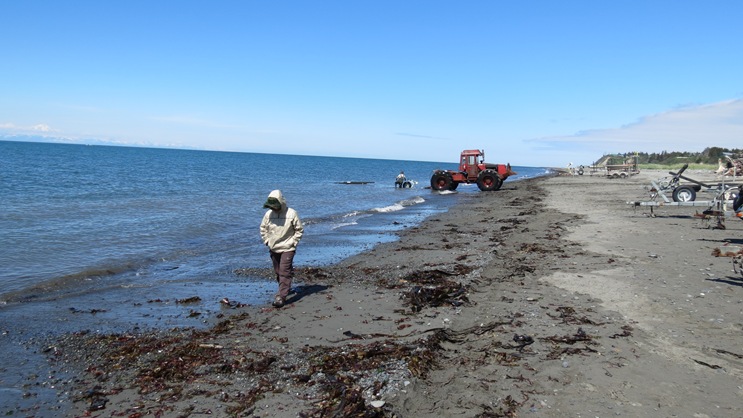 They tag your trailer with a number and park it on the beach. When you come back you radio in your number and they will be waiting. 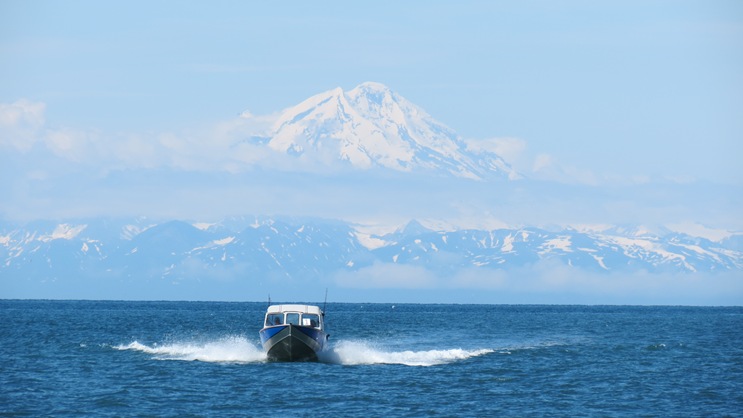 You power right up on your trailer and he guns the tractor at the right moment and you are out. I was told the service costs $55. 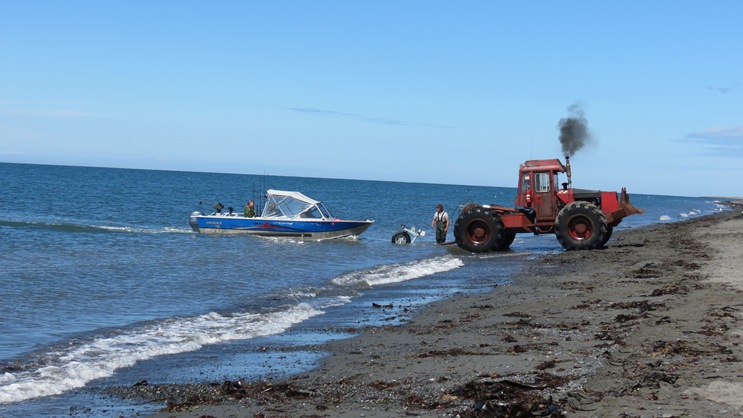 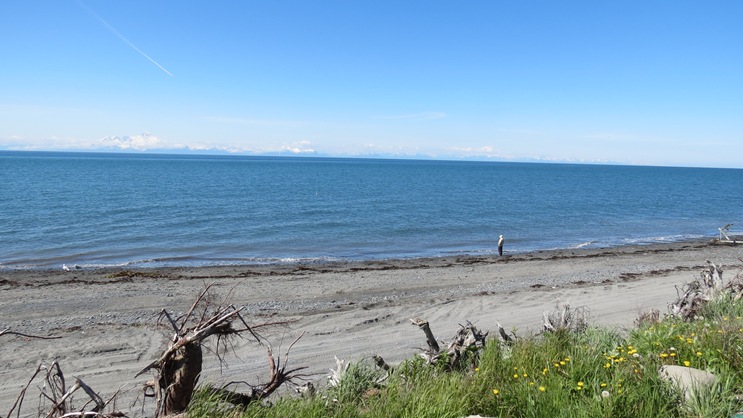 Back in town we saw this interesting restaurant called Cups. 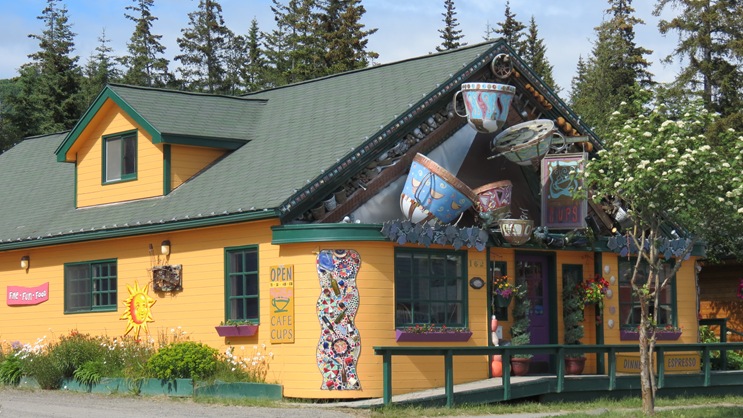 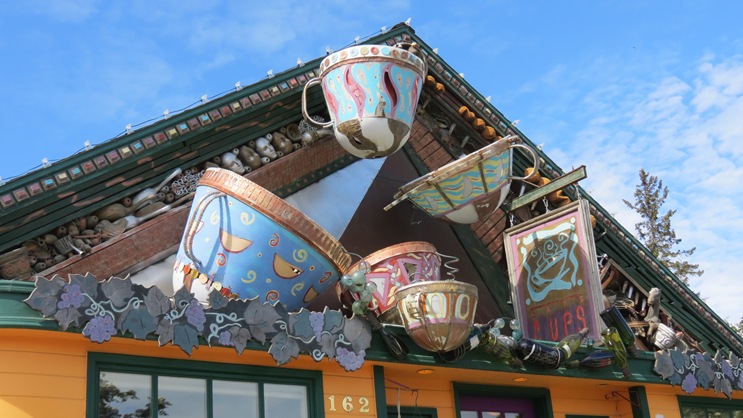 Finally, back to the RV to have the shrimp we bought with the crab yesterday.