First a bit of Palmer history. It is located in a wide river valley between two mountain ranges. There is a lot of fertile soil and the climate here is warm for Alaska. With the long days of sunlight it is a good place for farming. In the 1930’s the government offered people from the mid west dustbowl free land and a house if they would come up here. About 200 families took the offer. Most were of Scandinavian descent. The result is that a lot of the valley floor is covered with what they call Colony Farms. They supposedly grow huge vegetables here that they display at the state fair in August.

It was partly sunny today with temps in the mid teens so it was a good day for hiking.

The first hike was fairly close to the campground and called the West Butte Trail. Bodenburg Butte is a hill in the middle of the valley that offers nice view from the top. Here is a view from the side. The trail goes up the left/western side. 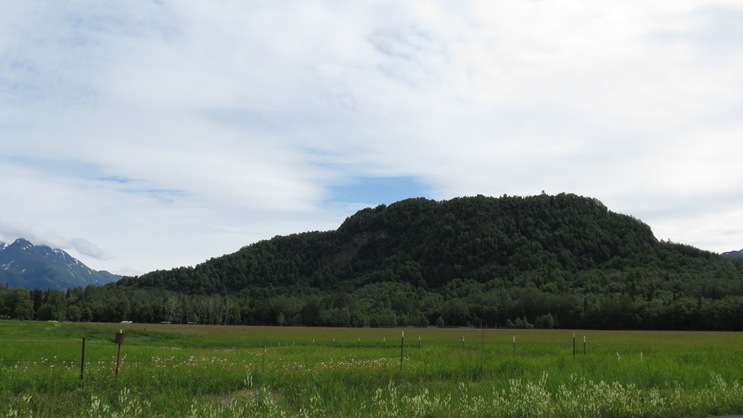 Here is the eastern side. There is a trail up here as well but there is a lot of scrambling up rocks. 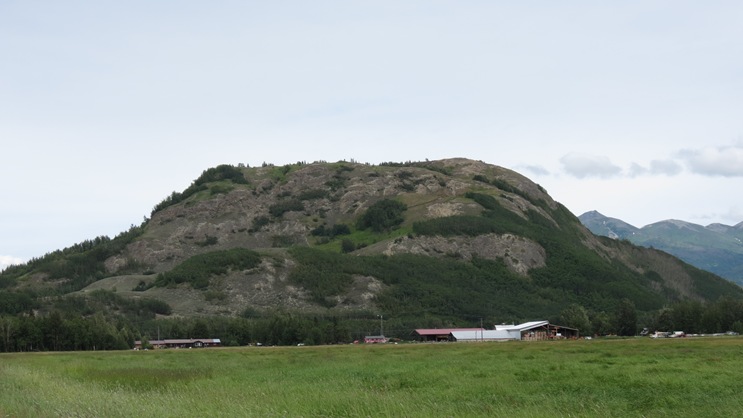 It doesn’t look like much from the bottom but it was a good workout to get to the top. The trail starts as a gravel path going up about 1/2 way with not much to look at. 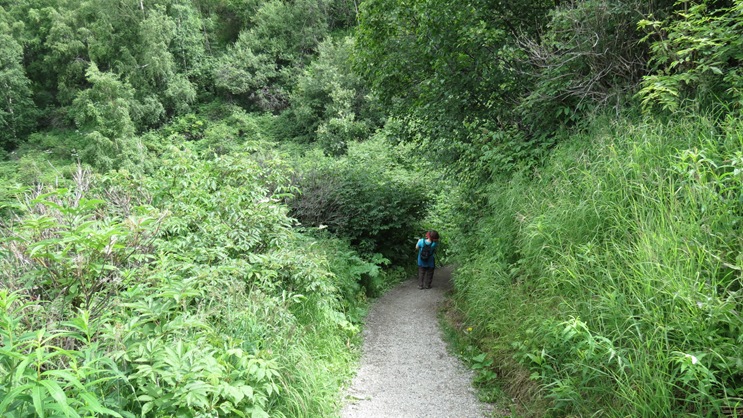 I guess this was called the gum tree. 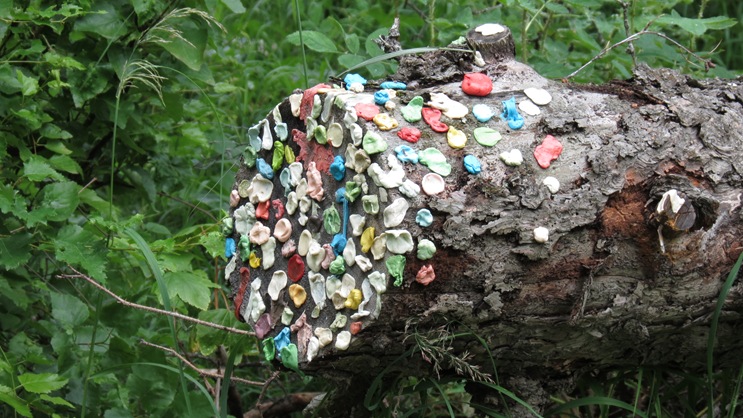 We paused at the midpoint rest stop / viewpoint. 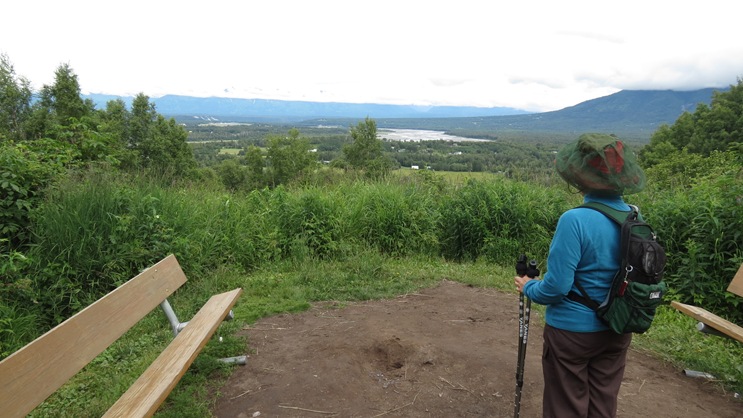 From then on it was stairs. 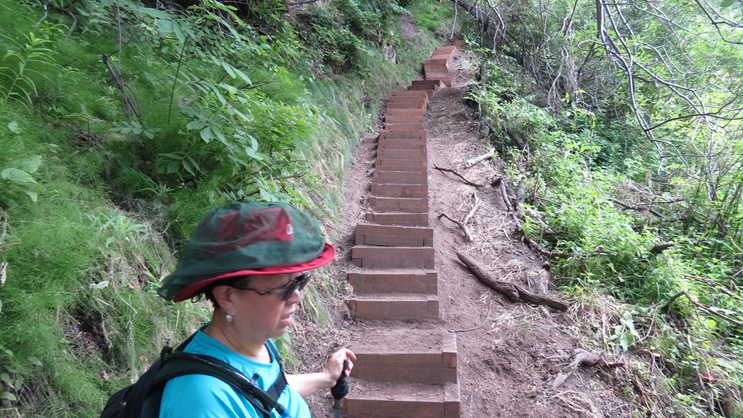 Lots of stairs. Jennie counted almost 300. There were some students building more. 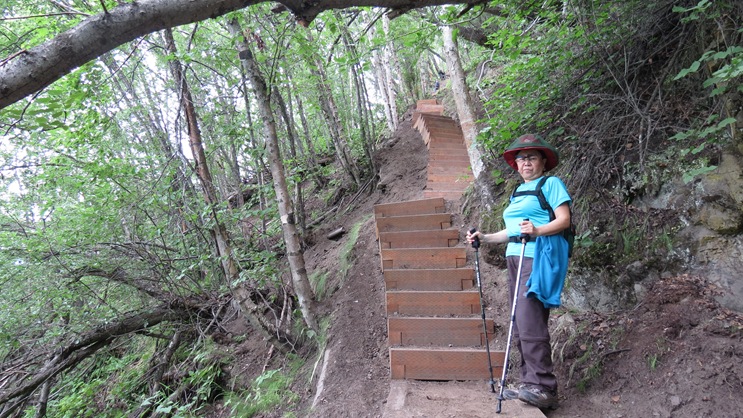 Just when it opens up and you think you at the top, there is one last climb. 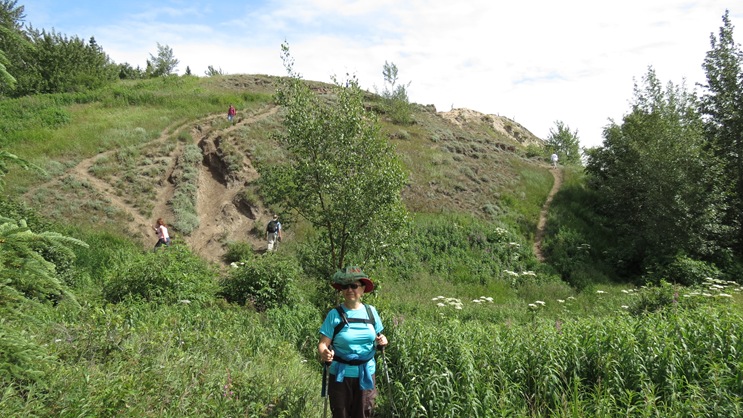 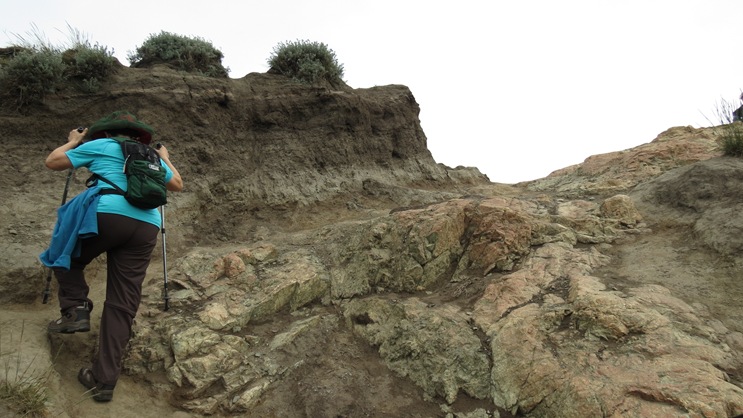 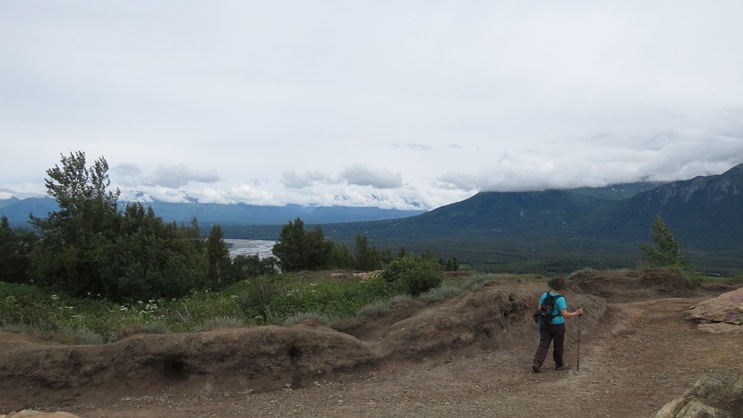 The view made it worthwhile. The Knik glacier is off in the distance. 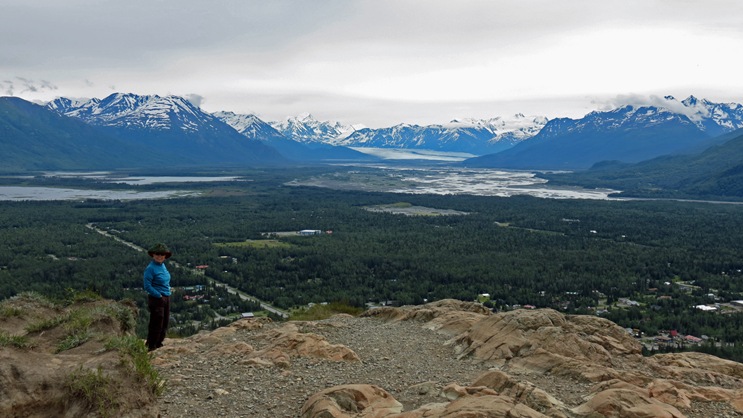 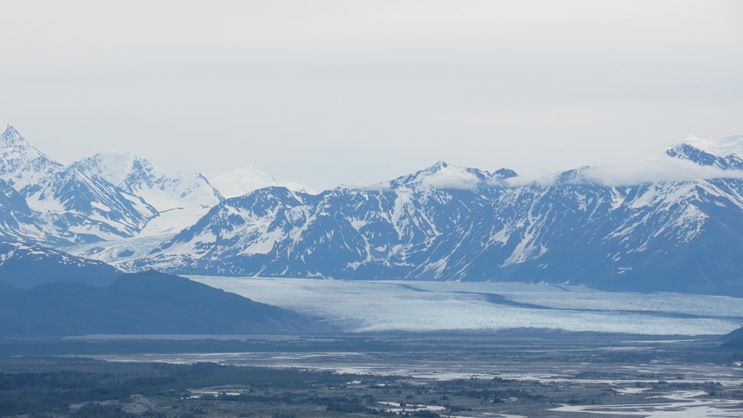 Out toward Knik Arm of Cook Inlet. 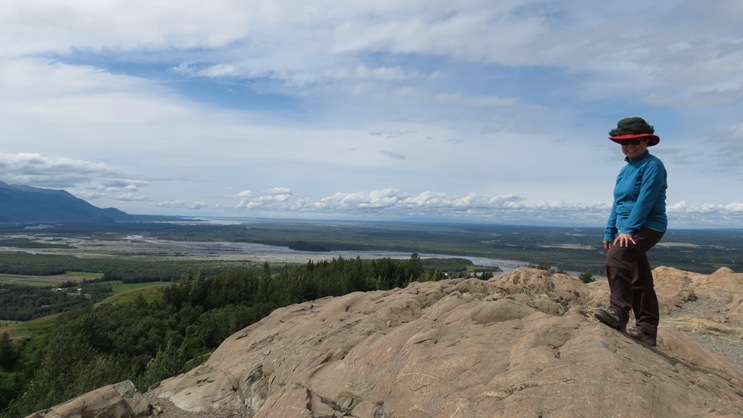 Some of the farms. 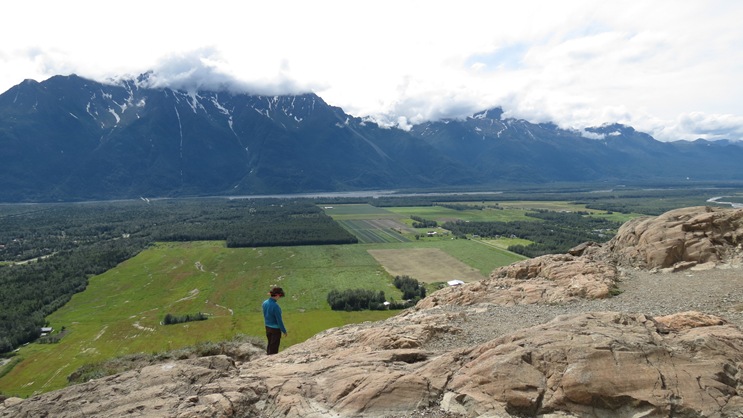 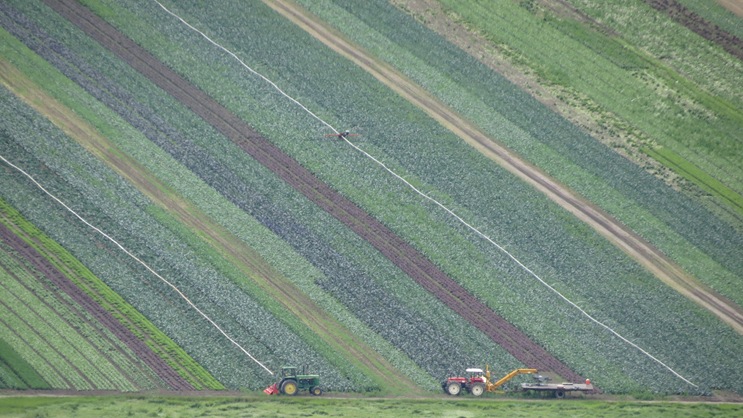 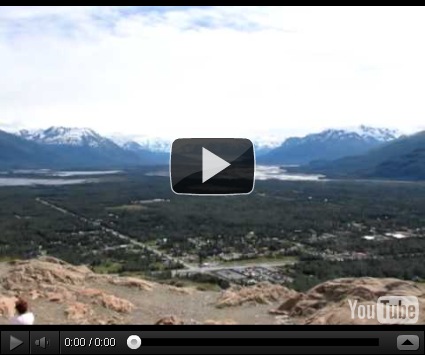 The only minor annoyance is that it is Saturday and that open white spot amidst the green on the left side of the picture below is a drag strip. 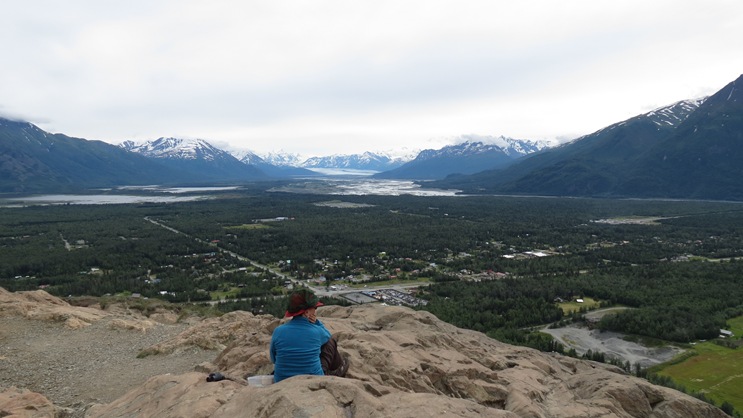 Between the races and the burnouts it was LOUD. 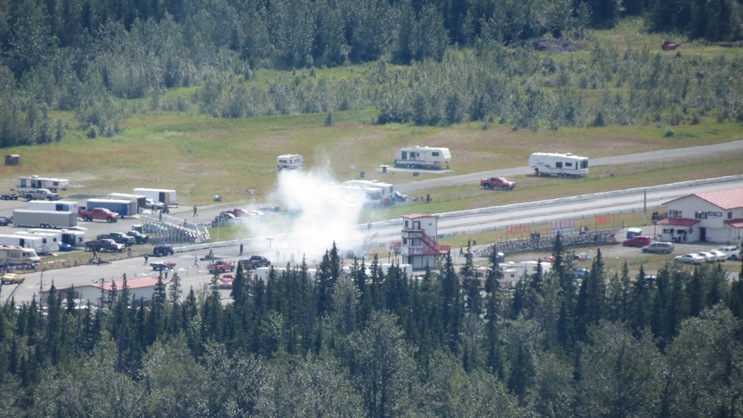 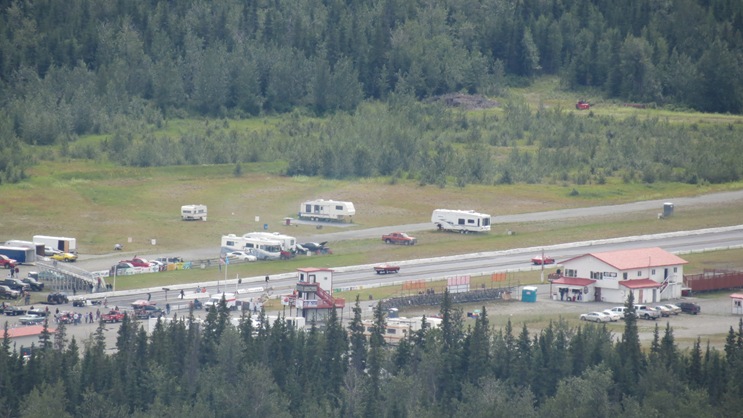 I watched with the binoculars. They were far enough away that by the time I heard the sound of the race starting they were already done. 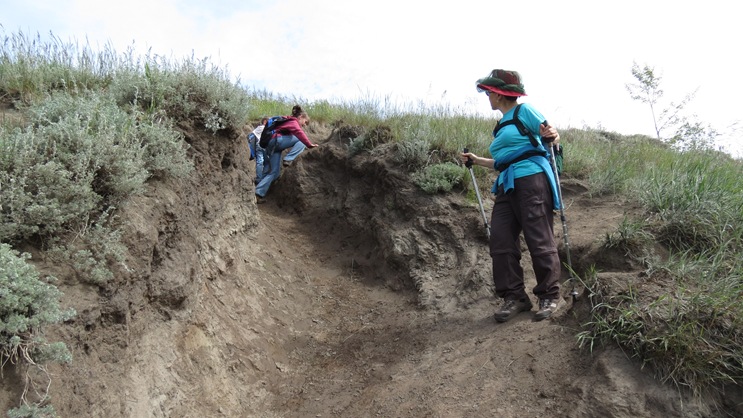 After having lunch and working our way back down we decided we had enough energy for another short hike. Since we are way down on our waterfall quota compared to last year we did one called Thunderbird Falls.

We should have skipped it. There was no view on the way out and the falls themselves were somewhat underwhelming. 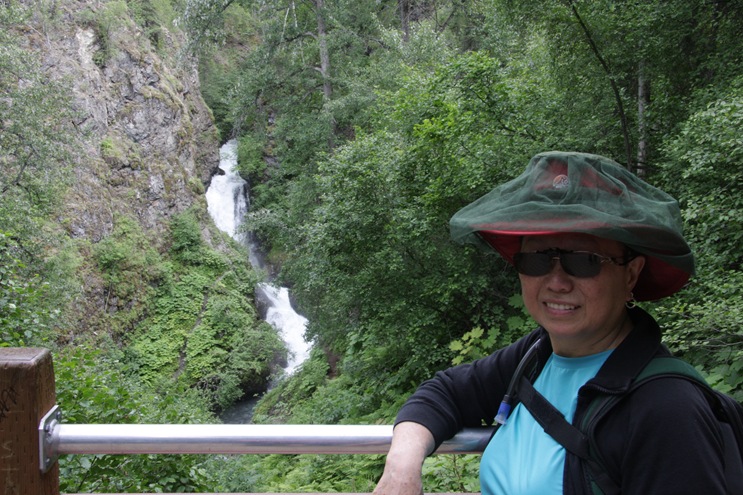 There was a trail down to the bottom but we didn’t bother.

As I am writing this, it has started raining, again. It is really hard to plan anything. The weather reports are somewhat useless. We basically wake up, peek outside and try and guess what it will be like. Who knows what we will do tomorrow.