This post is delayed because I didn’t have the energy to do it last night. The real world made an intrusion back into our life and I had to handle some financial matters in the morning and evening. Due to the 4 hour time difference I even had to get up at 5 am today to discuss some things before the market opened.

In the afternoon we went back to Hatcher Pass to check out Independence Mine State Park. This is a gold mine that was active in the 30’s and 40’s until it was closed because gold was non essential during World War II.

It is up at the end of a long sloping valley. This the view back towards Palmer. 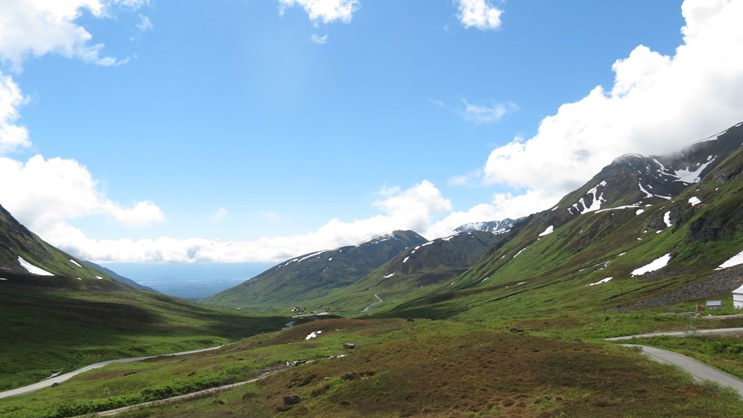 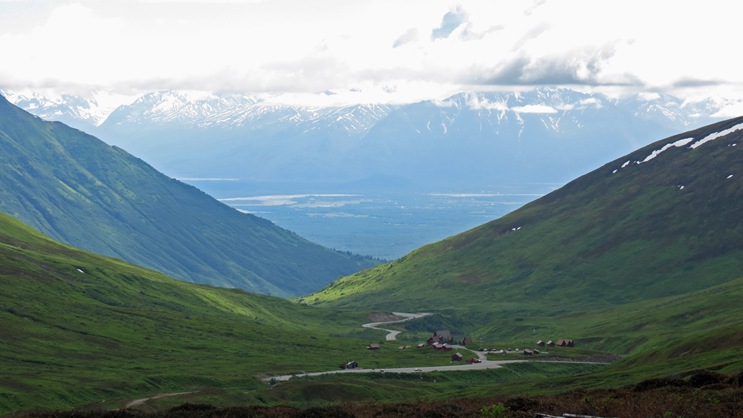 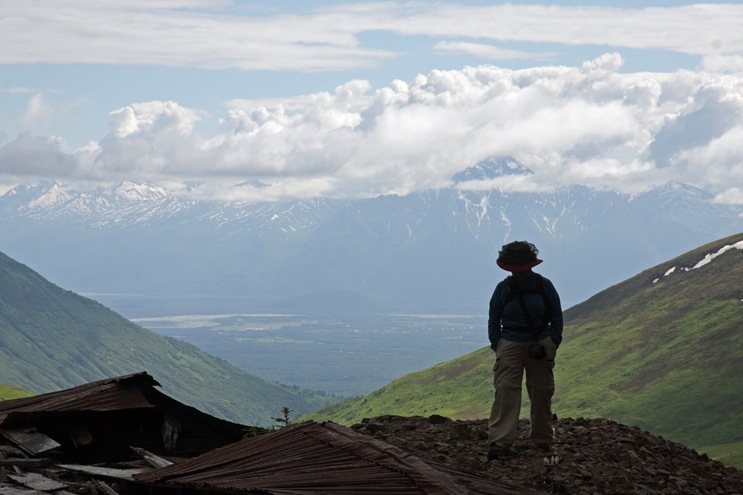 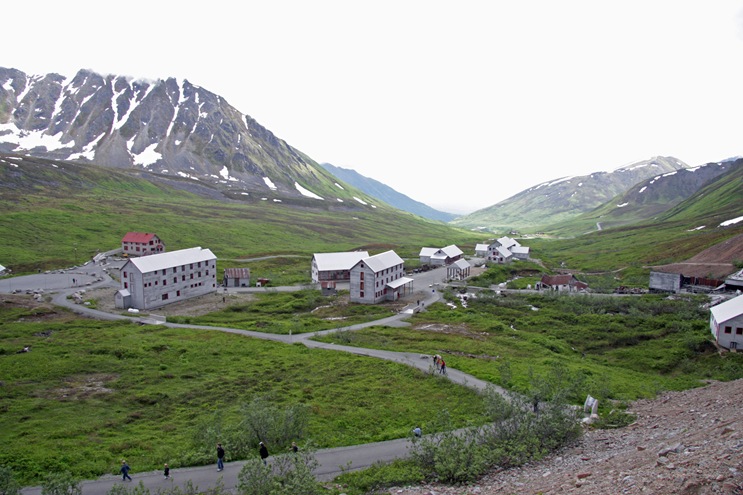 Towards the end of the valley. 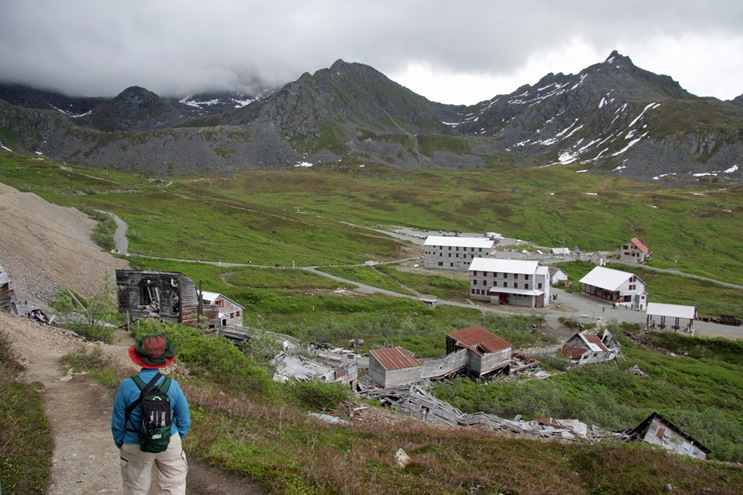 I tried some of the pictures in black and white. It seemed appropriate. The mine entrances were up the two mountains in the background below on the side of the valley. 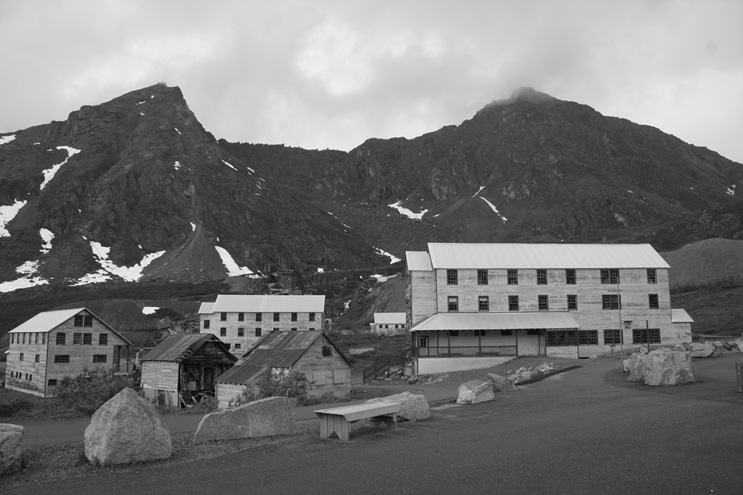 The entrances were just above the brown tailing piles falling down the hill in the picture below. 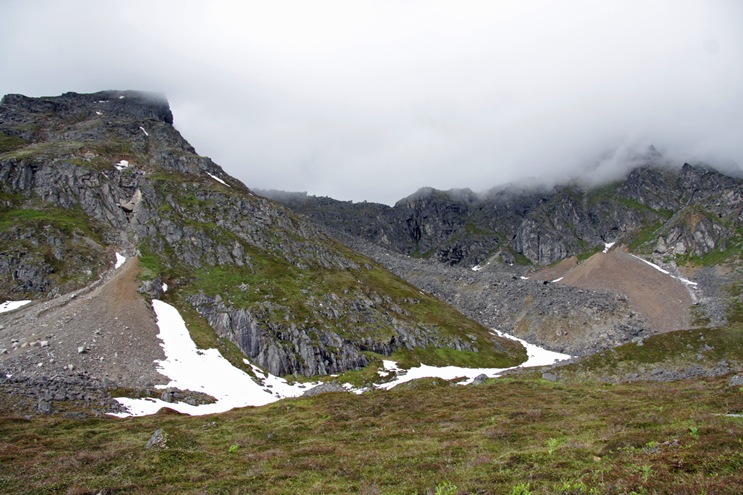 We saw a group of people hiking up near the top of the mountain to the right. They quickly disappeared into the clouds. The ranger didn’t even know how they would get there. 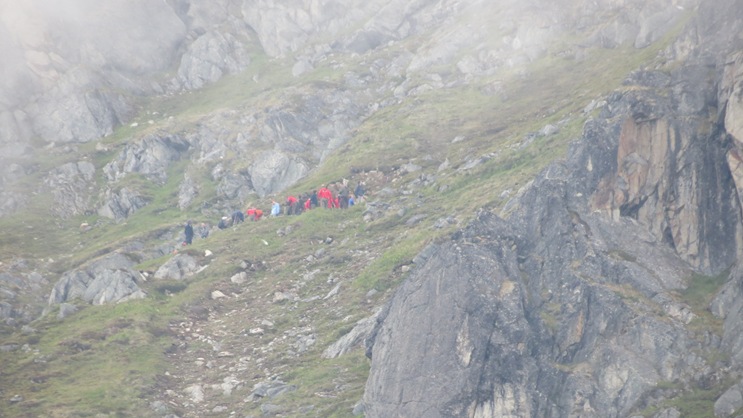 There were cables with buckets to run supplies up and the ore down to the mill. The men had to climb stairs that have long since fallen apart. I found it hard to believe but the guide said that there were 12 miles of tunnels in those mountains. 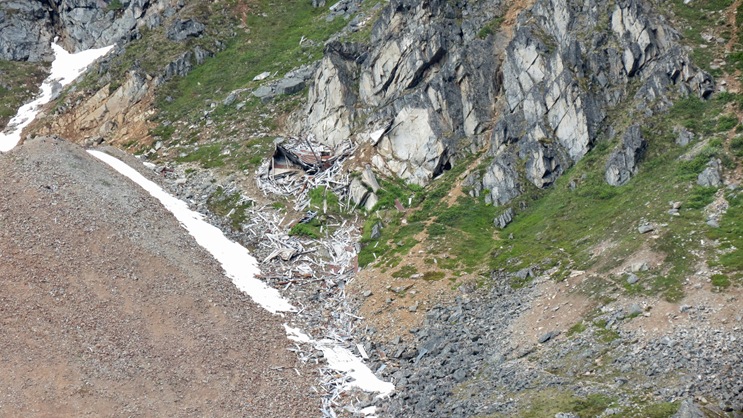 This is a guide for the bucket cable at the bottom of the run. 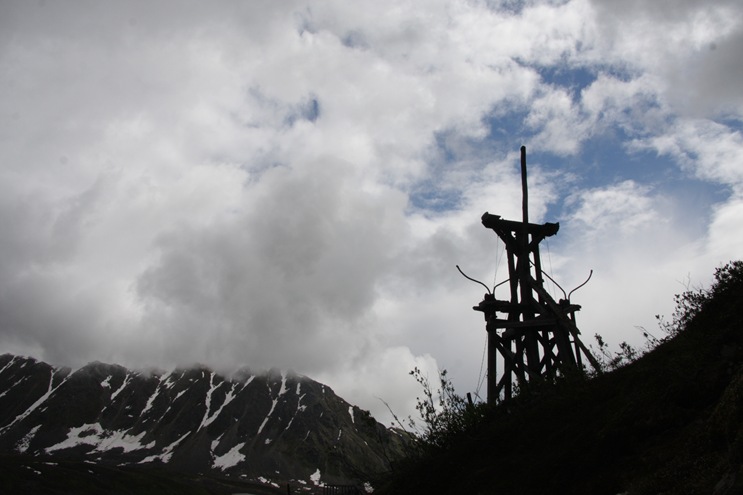 It was near the end of the life of the mine that the finally drilled into and up the mountain from the mill level. 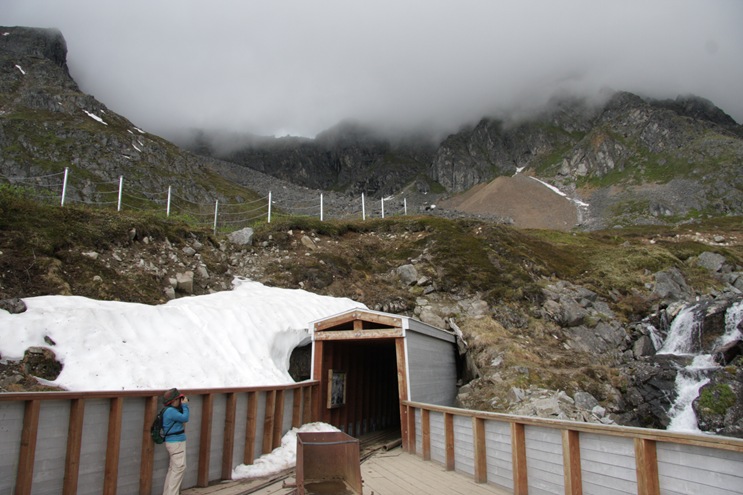 Some of the buildings such as the bunkhouses and the mess hall were still in good enough shape that the park service could stabilize and partially restore them. 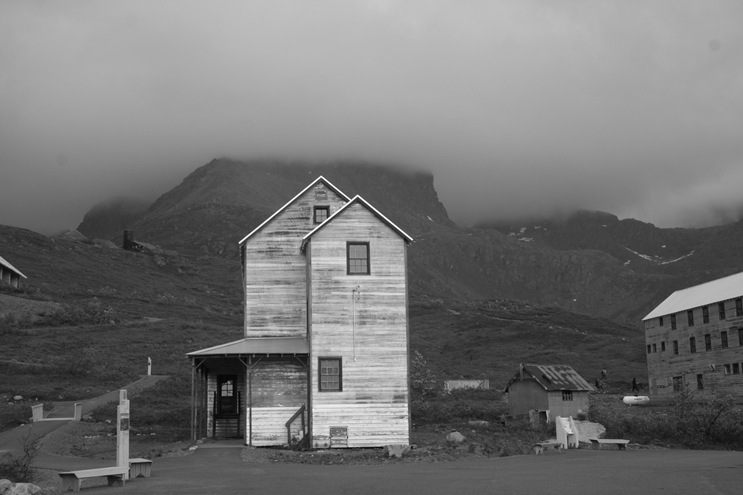 While most of the actual production facilities such as the mill and machine shops are a little far gone. 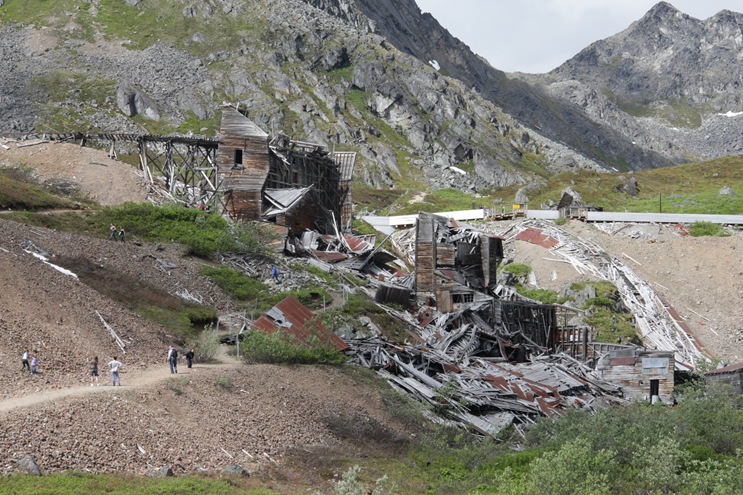 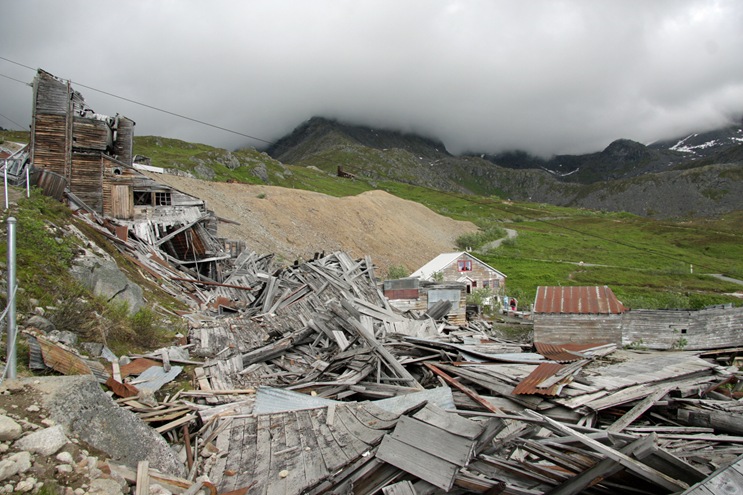 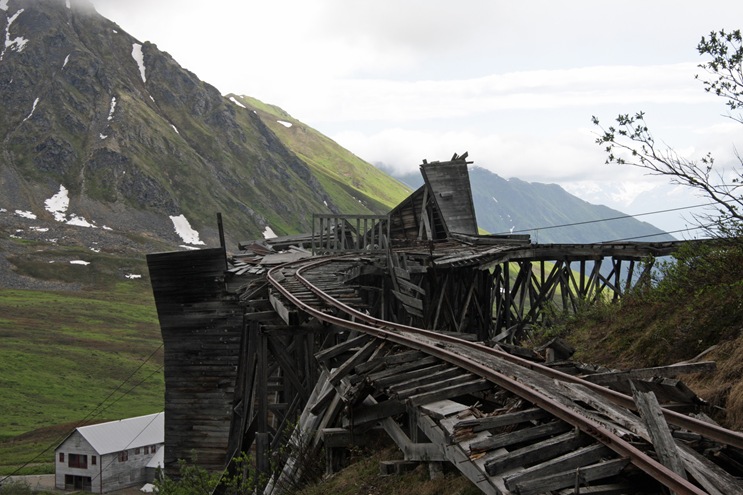 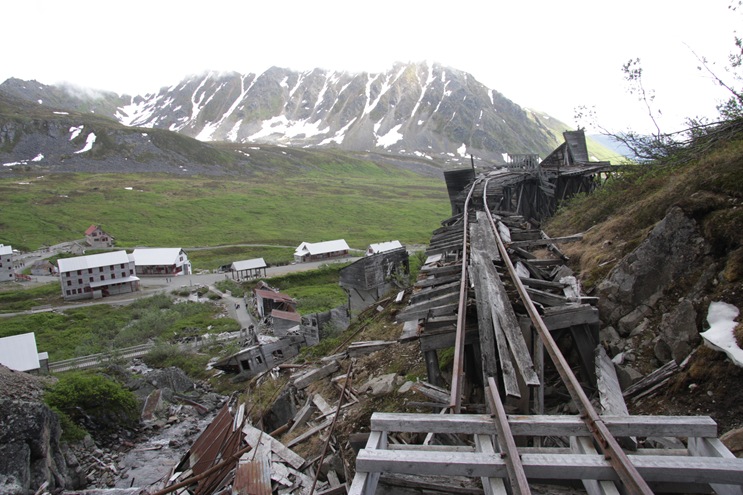 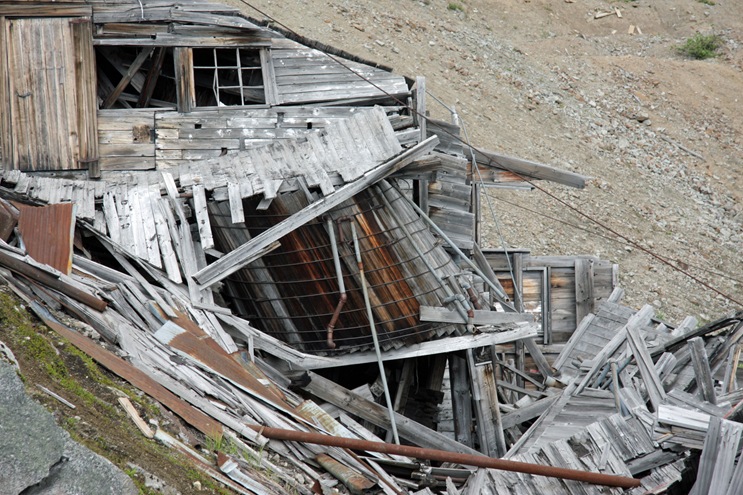 We paid for the tour by a park ranger that allowed us in to some of the safer buildings. This pool table needs some work. 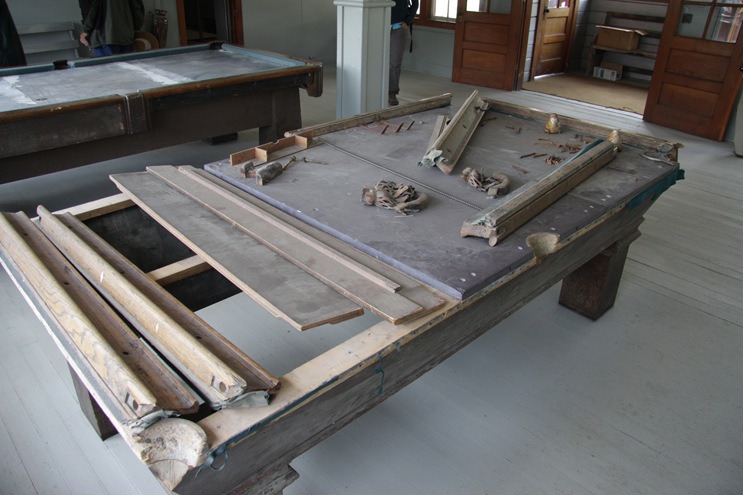 The warming room where the miners would change after working in the very cold tunnels and climbing those stairs in mid winter. 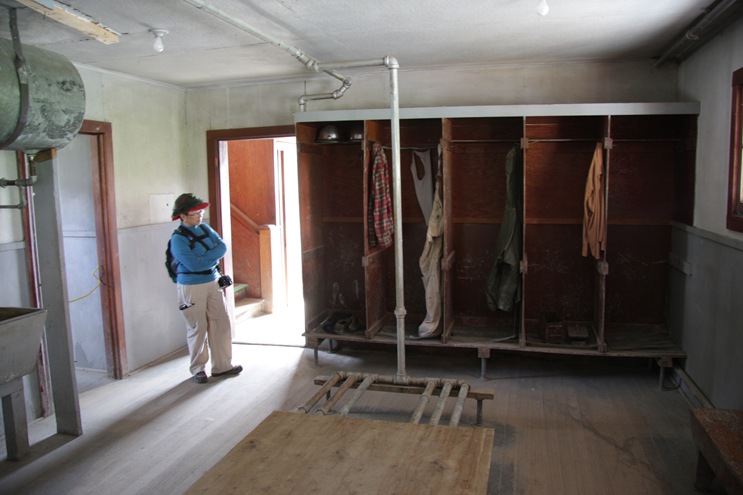 After the mine manager, the cook was the most important person and got a very nice apartment. 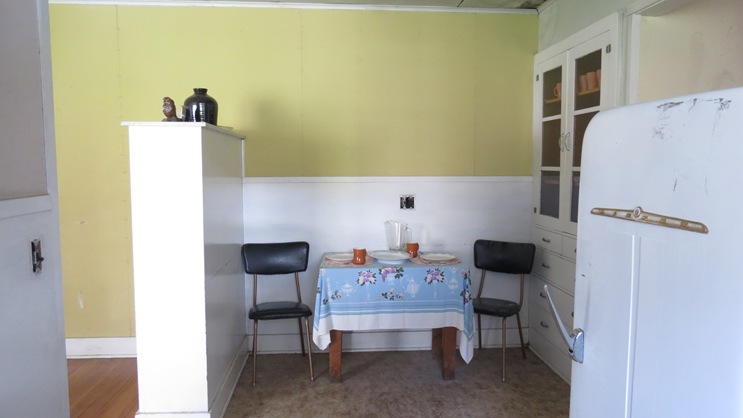 I have no idea what was the use of these piles of material that looked like burlap. 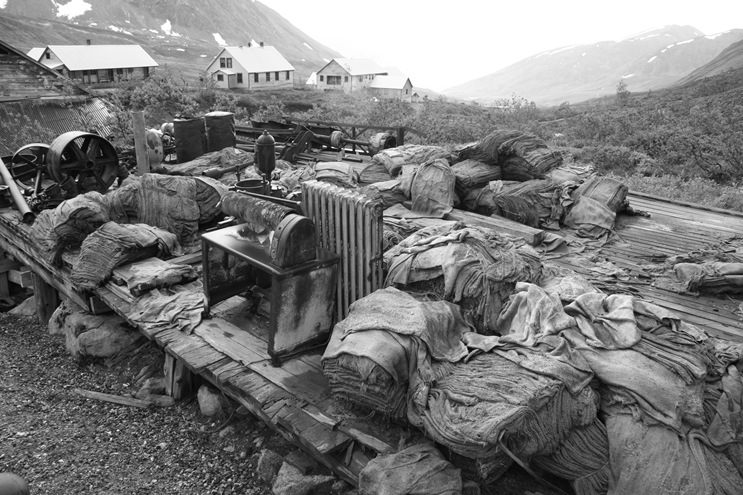 After the tour we walked around a bit more and then it started to rain so we headed back home.