Yesterday it rained in the morning and then there were a few sunny periods during the day but we felt lazy so we just did a few chores and hung around the RV.

Today we moved to the opposite end of the island.

As we said, the western side is very flat. 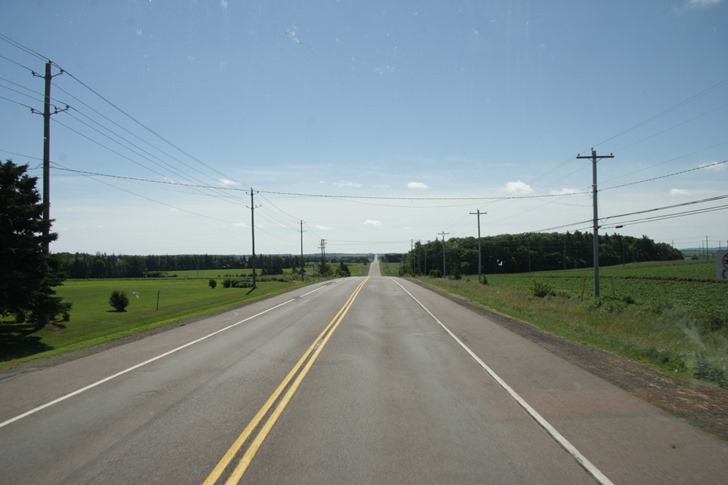 As we got closer to Charlottetown, the country got much more rolling. No more cruise control here. 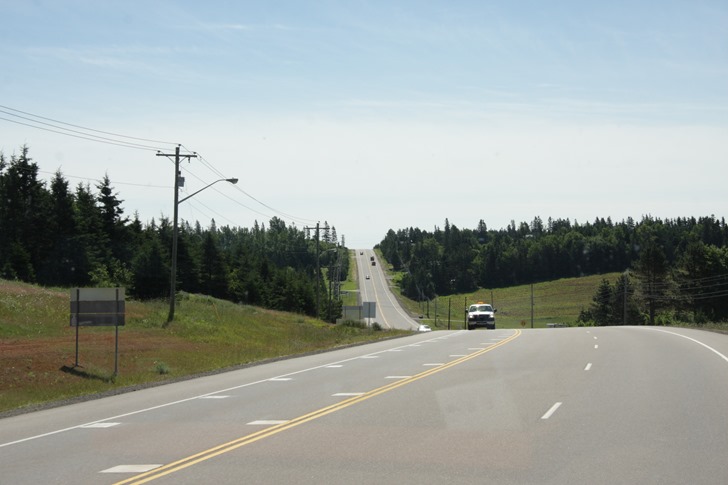 There also got to be a lot more traffic. In the west end you might have another car in sight. Here the traffic was pretty solid. Our route took us around the edge of the city. I always try and avoid downtowns in the RV. There are also a lot of traffic circles here. 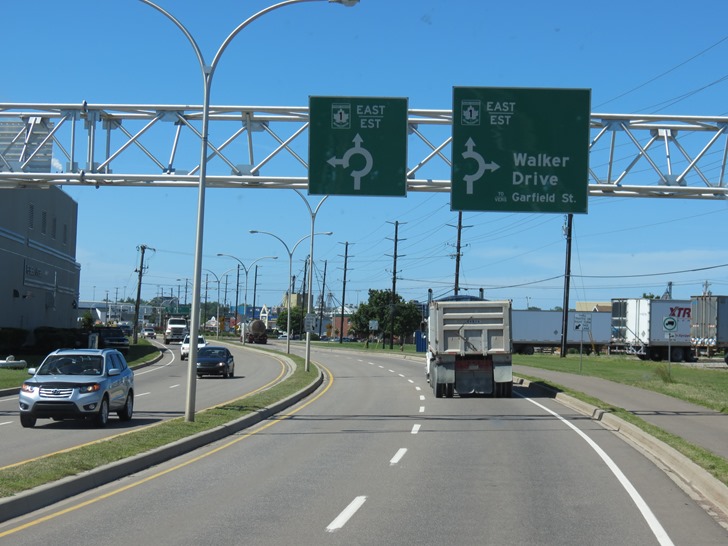 Past Charlottetown, the traffic died down again and the hills flattened out. 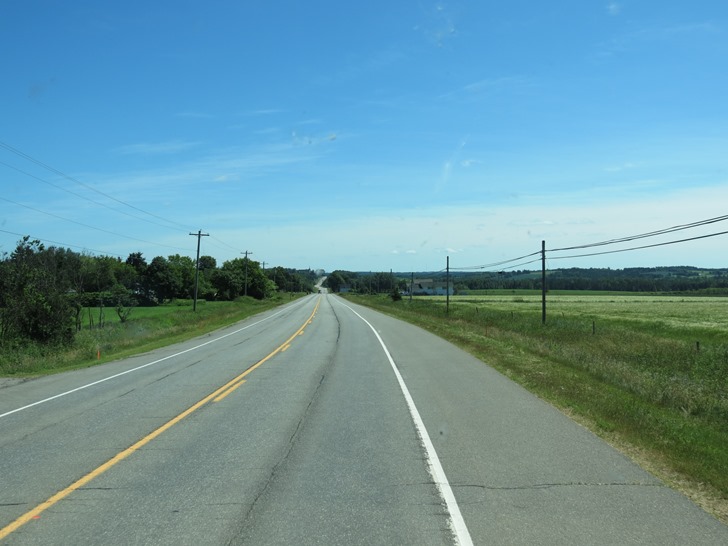 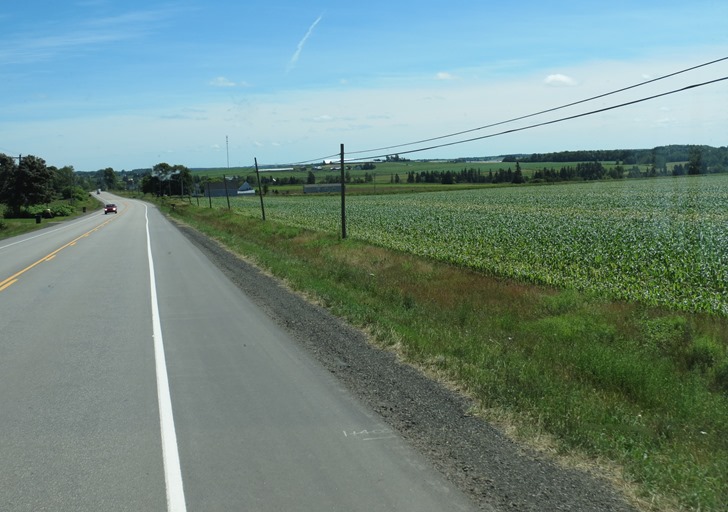 We are at Brudenell River Provincial Park. They have a bunch of RV sites out in the open but because we are here over a weekend they were all booked. We are in the trees but I think the sites are nicer. 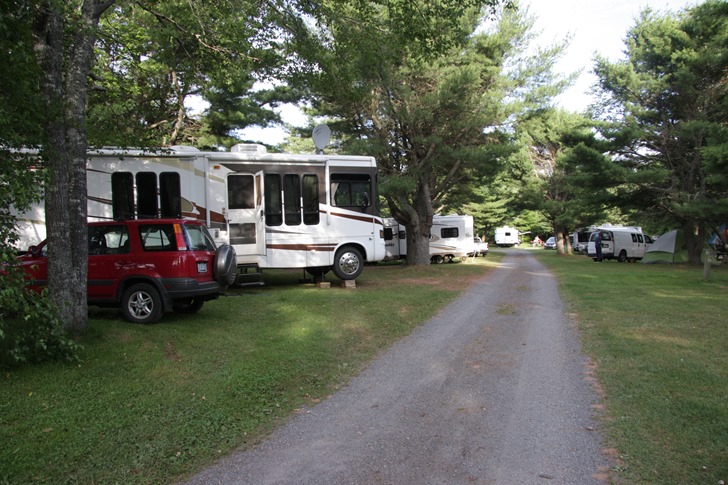 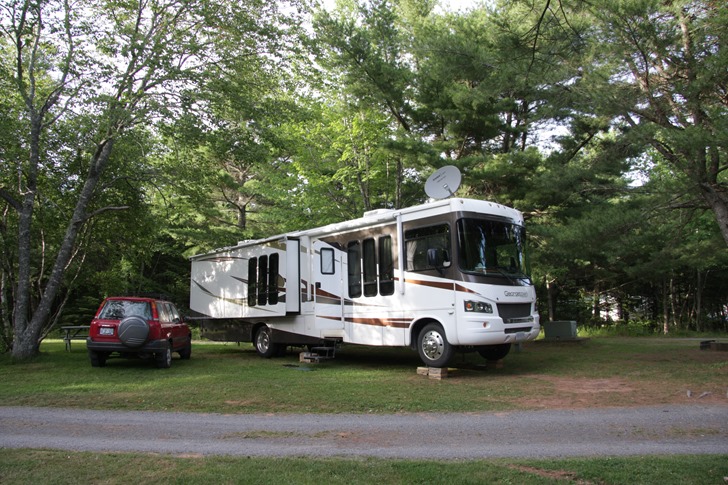 Once again Jennie lucked out. I had setup and then took out the compass to see where the TV satellites were located. I figured that if we moved about 10 feet forward we might have a shot. So blocks out, jacks up, creep forward, jacks back down to level and sure enough the dish locked on through this slot in the trees. The satellites are only about 25 degrees up. 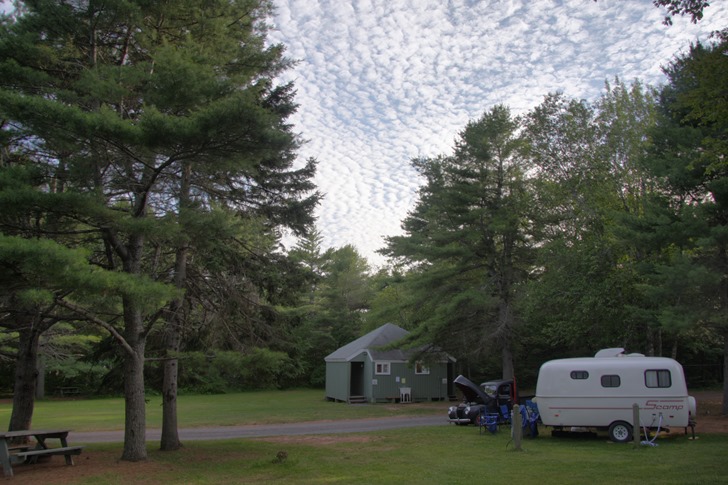 Since we got here around noon, we had lunch and then decided to do a short trip to Panmure Island and its lighthouse. 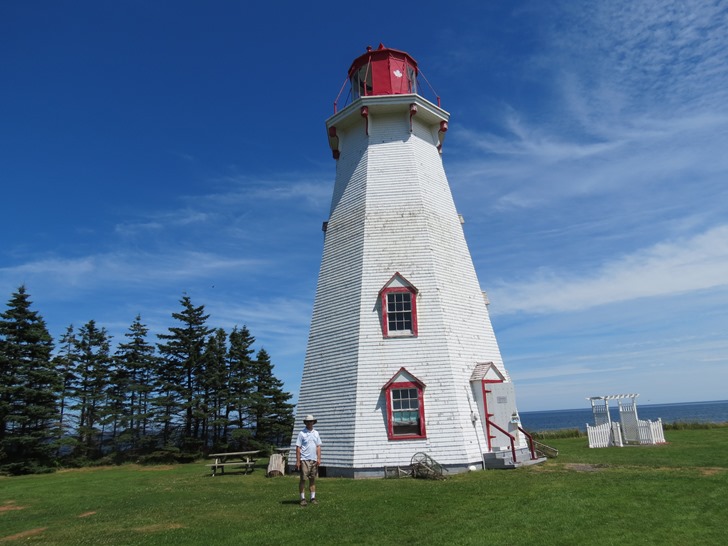 It is the oldest wooden lighthouse on the island and is built like a ship with no nails and just wooden pegs. I paid the $4 to climb to the top.

The old glass lens was much more interesting than the new plastic one. 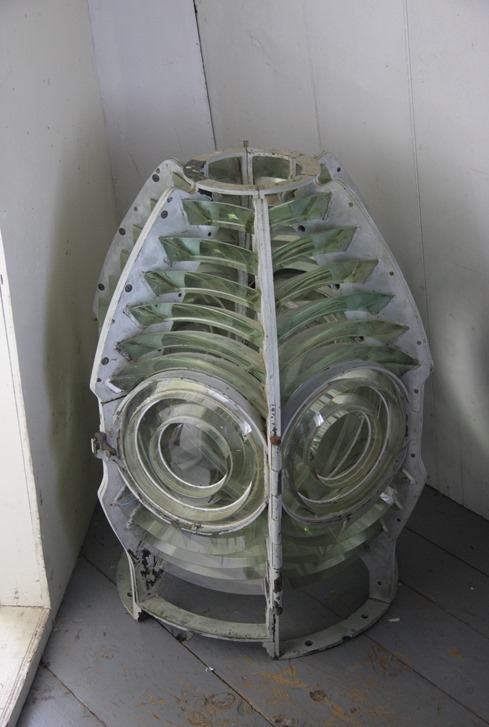 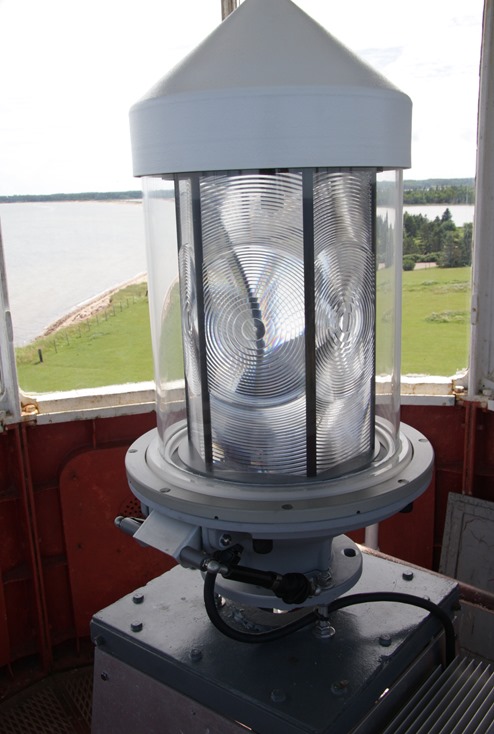 Some of the other lamps from the exhibits on the way up. 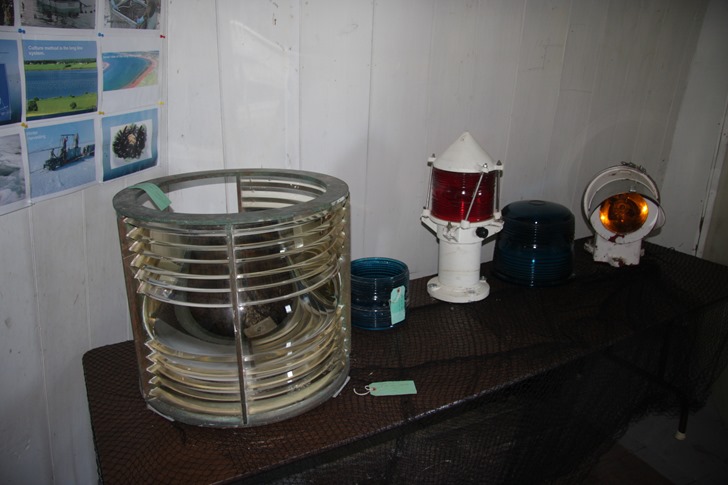 The lighthouse is in pretty good shape but it certainly could use a good scraping and painting. 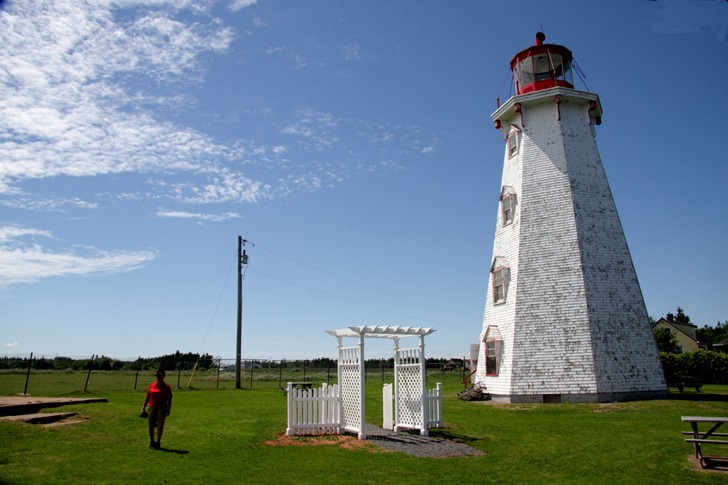 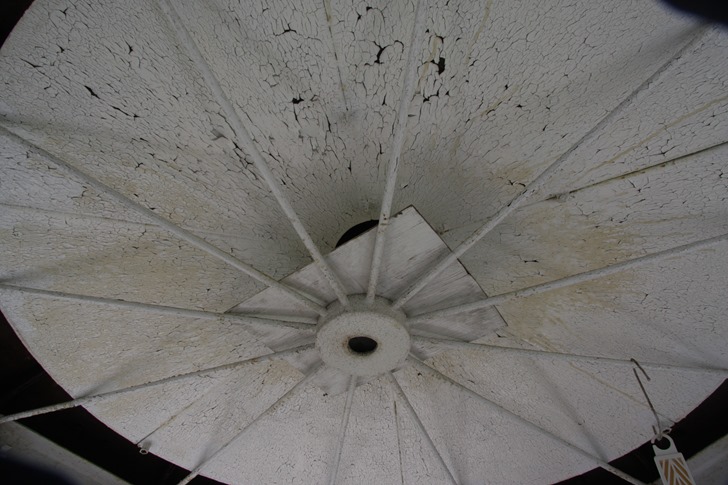 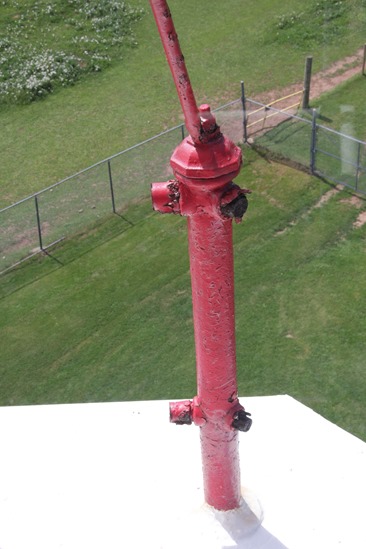 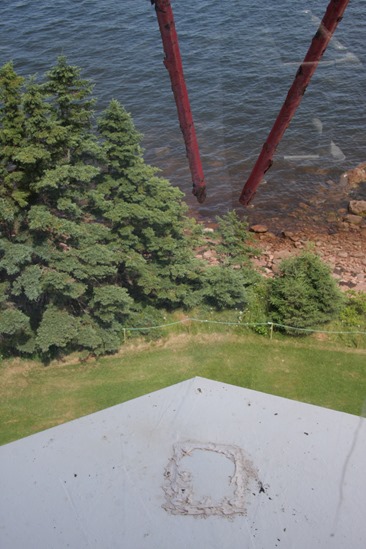 The view to the north. 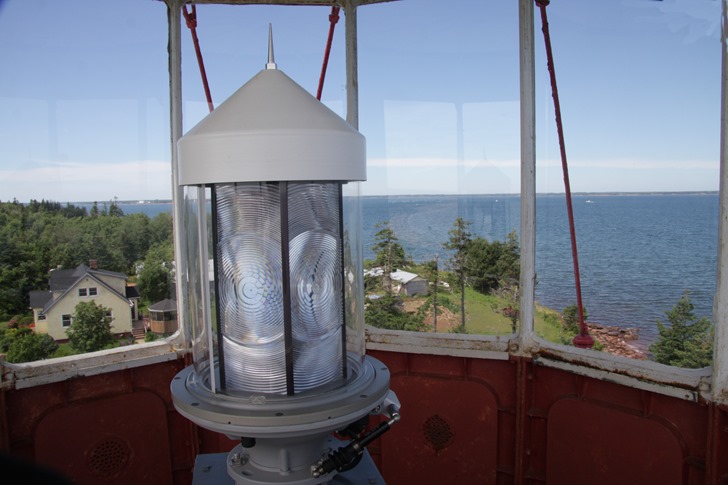 South of the lighthouse is a very long beach that is part of a provincial park. 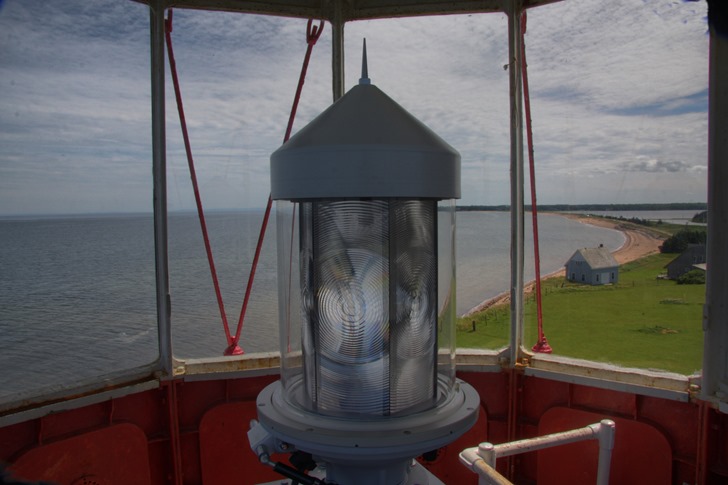 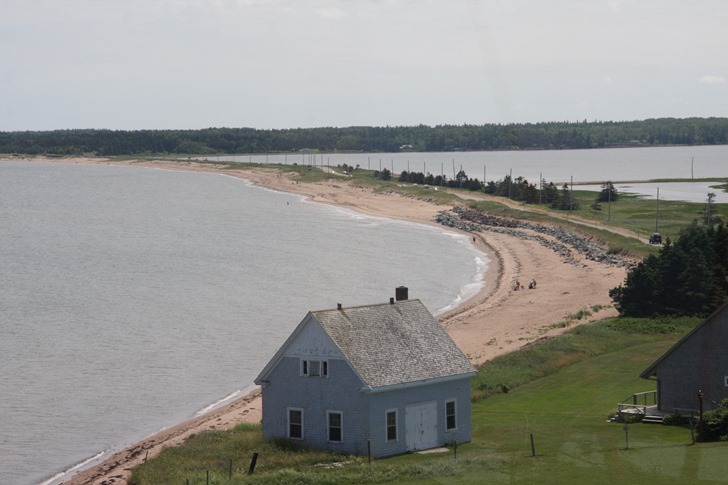 We had driven by it on the way here but it was hidden behind the dune so we stopped on the way back. 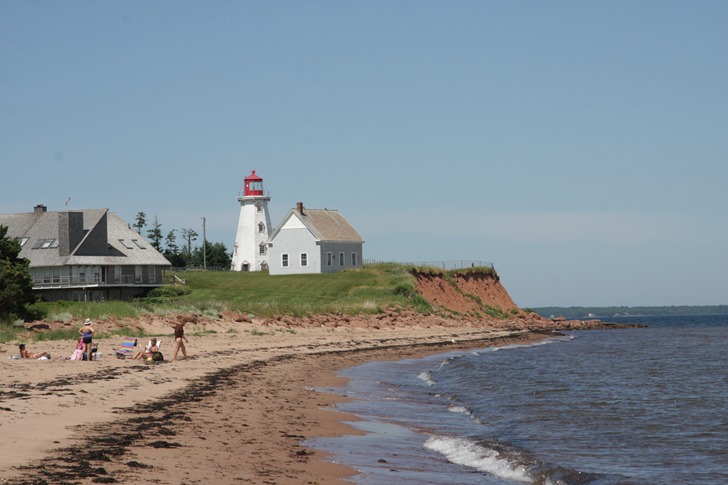 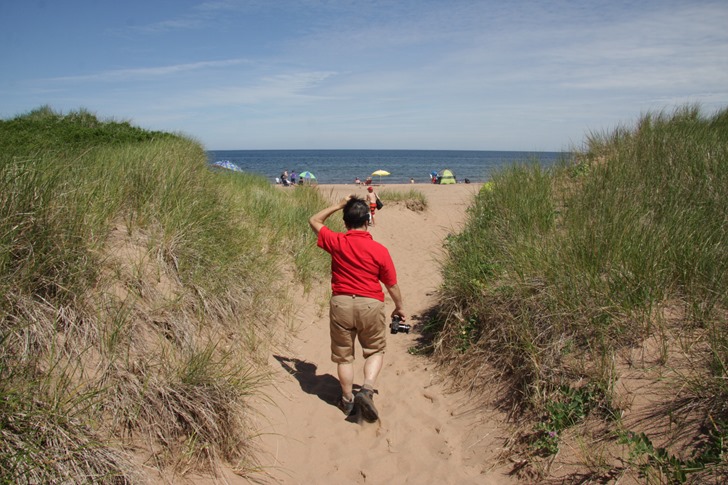 We were not exactly dressed for the beach. 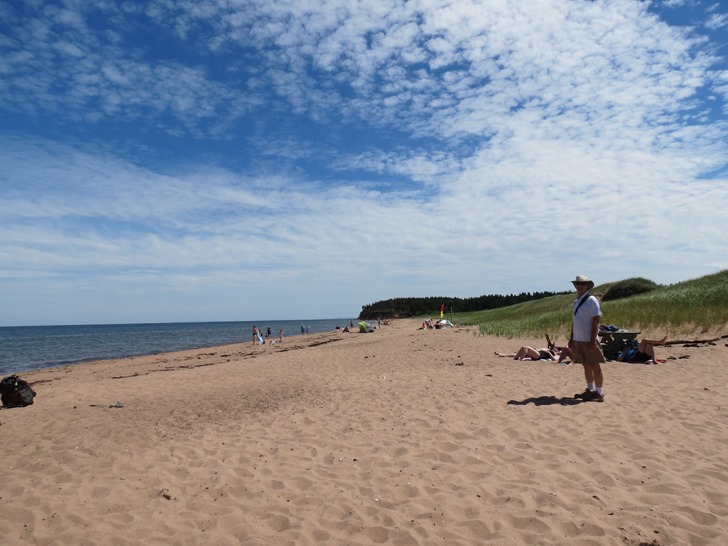 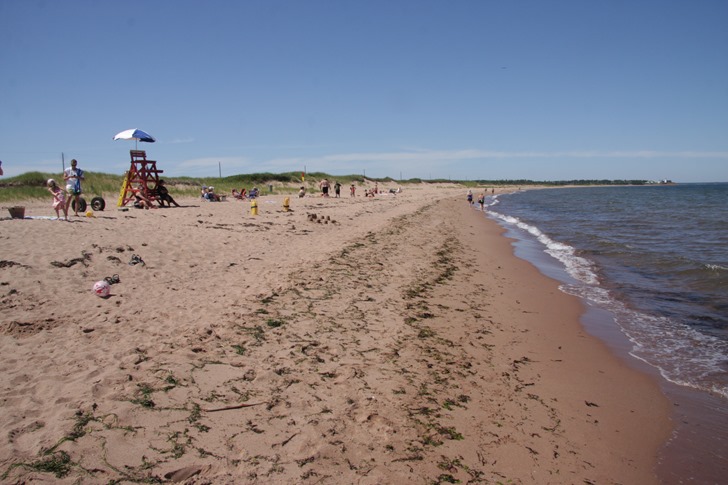 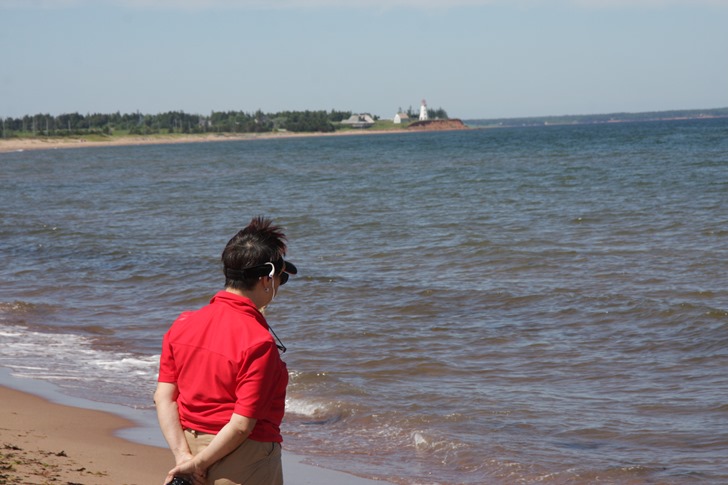 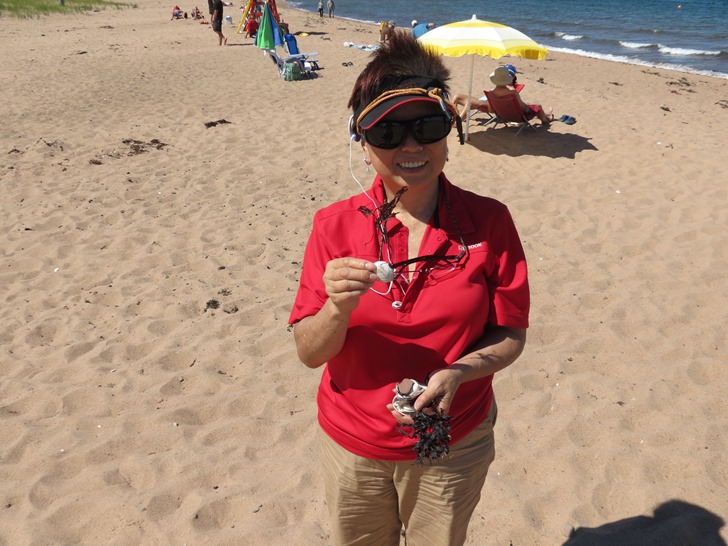 Then we just sat for a while and enjoyed the nice, cool breeze. There were few people in the water but I felt it and there was no way I was getting in. We eventually decided to head back. 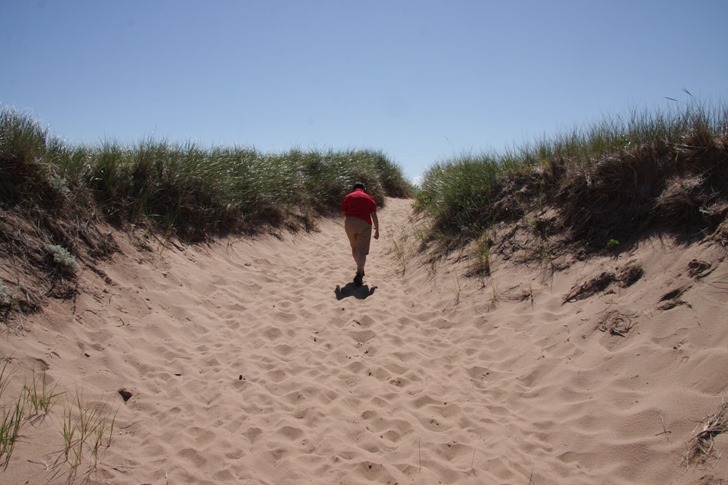