We did the short 100 km drive around the bay to the very eastern tip of the Gaspe peninsula to Forillon National Park.  Now I had never heard of the park until I investigated driving around Gaspe but I usually count on the national parks having some interesting scenery so we try to go when possible.

It was a cool day with a constant rain. I usually say these are good driving days but I am sure we missed some great scenery in the mist. 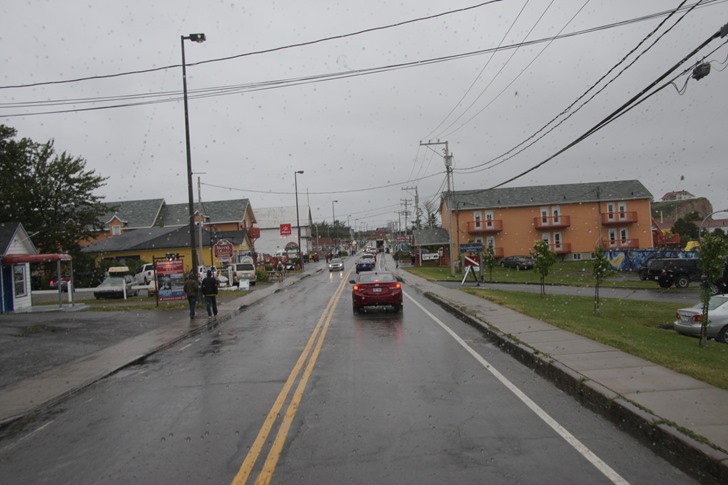 We had our one very steep grade for the day just outside of Perce. It only climbs about 500 vertical feet but at about a 13% grade. The RV just shifted down to first gear and we lumbered up at about 20 kph. I saw a new high fuel consumption on the trip computer of 230 litres per 100 km, on the way up. This a picture of the hill from yesterday. 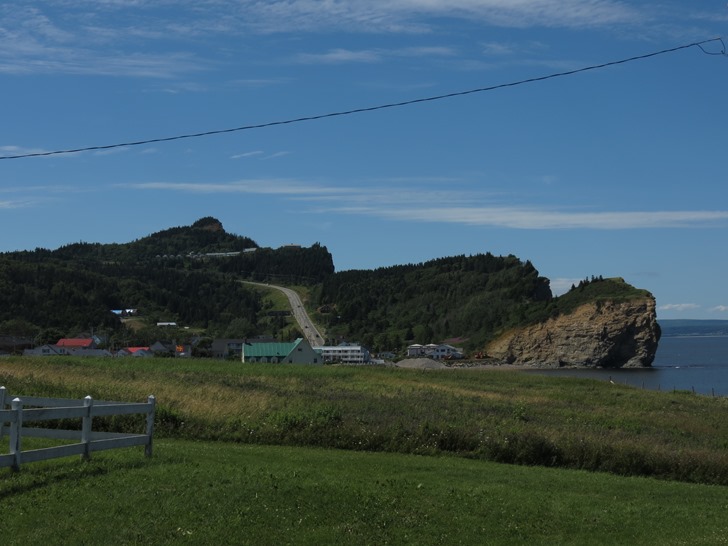 Right after the climb were a series of short but equally steep down hills with the added attraction of sharp corners and of course the rain. 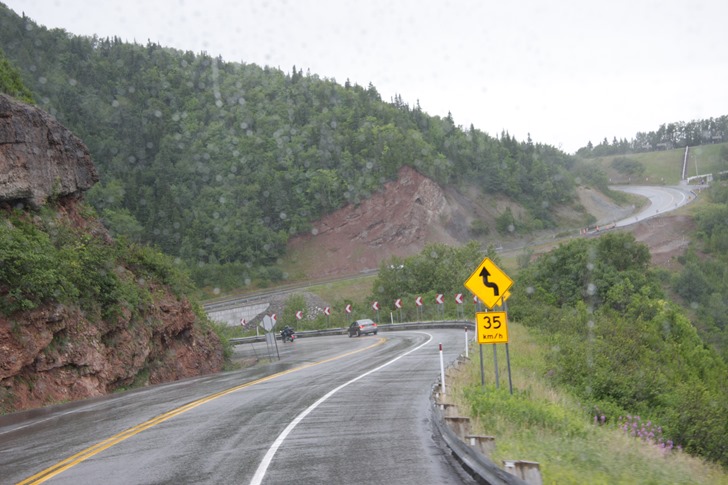 After that it was a relatively easy drive right along the shore line. 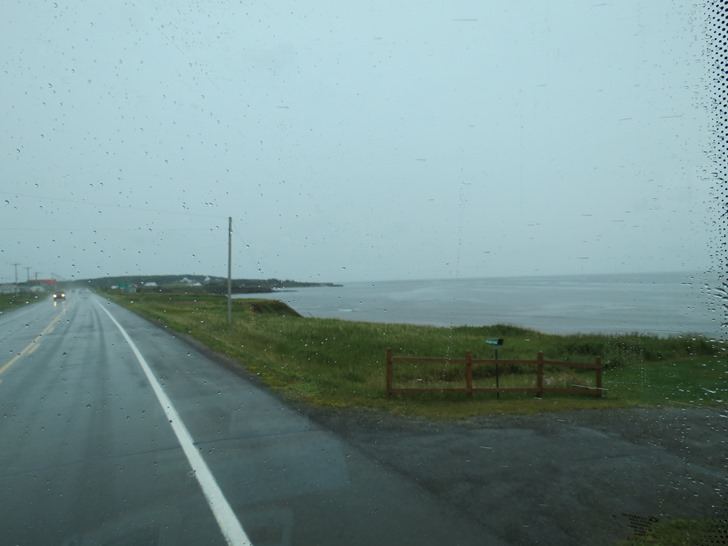 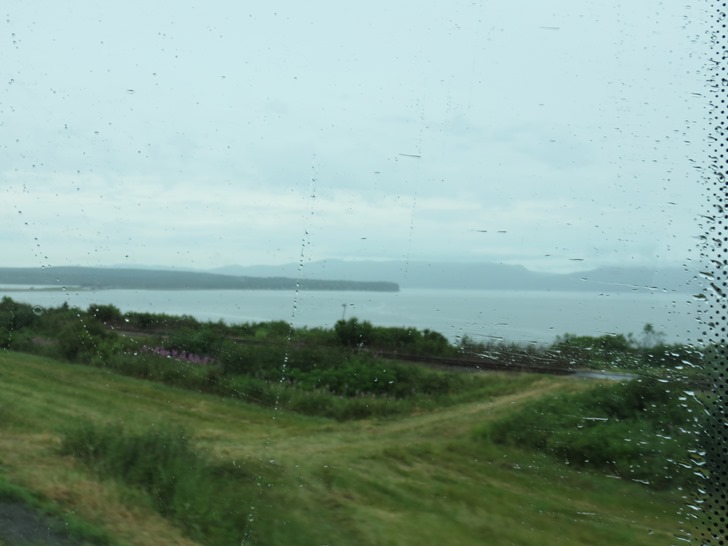 It was not a great day to be biking (either kind). 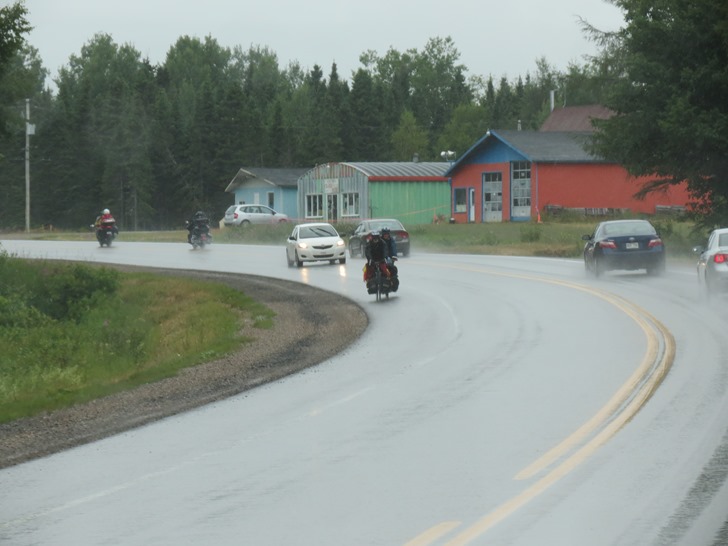 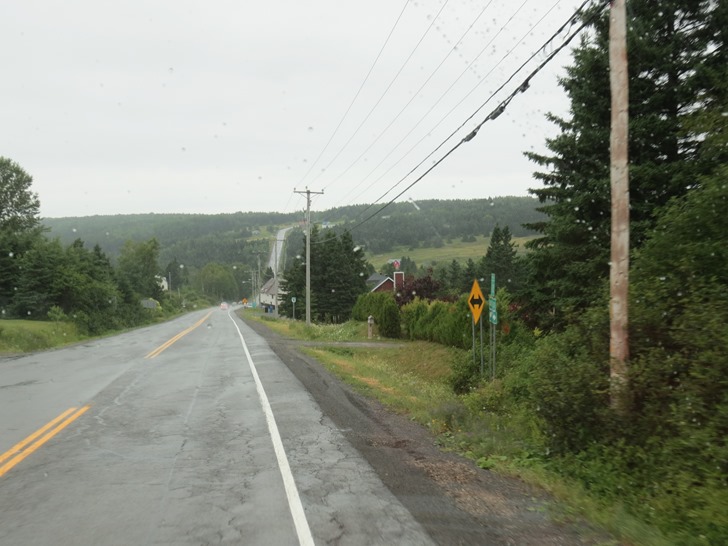 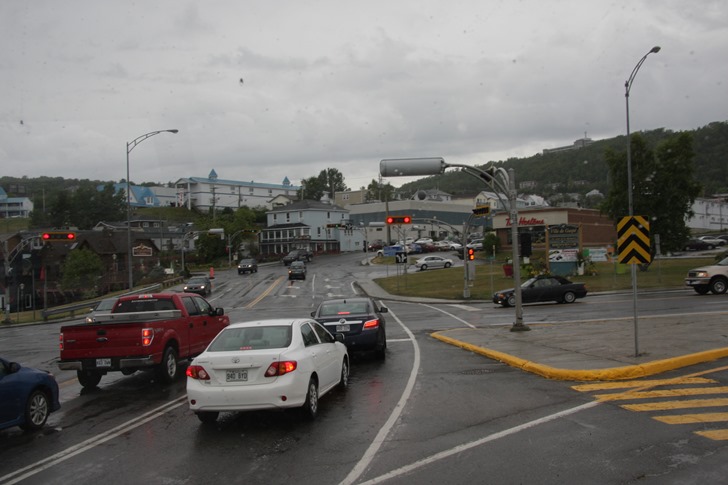 Jennie spotted these sailors practicing their rollovers, at least we think it was practice. 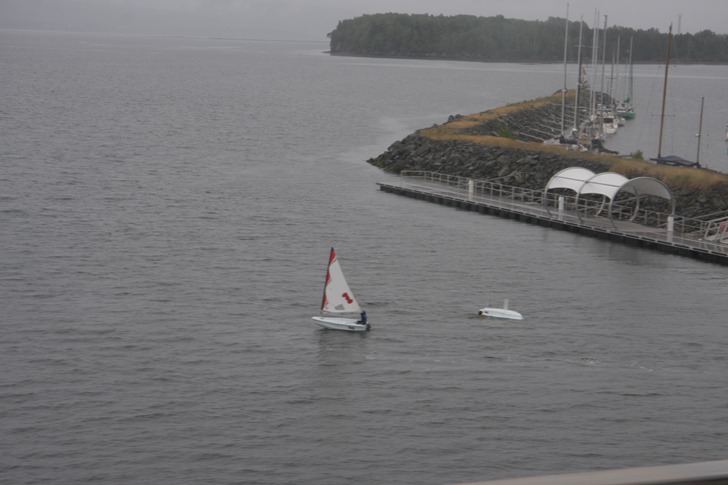 We settled in to the Petit-Gaspe campground of the park. 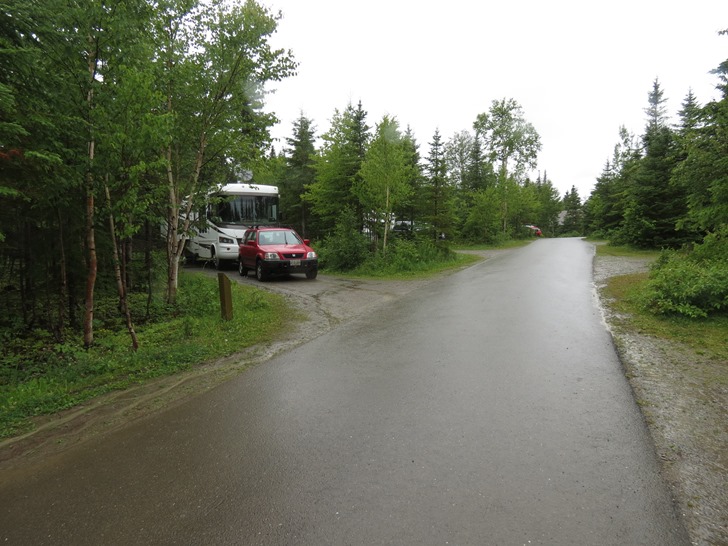 They only provide a power connection. There are water taps but they say that it is not potable water. I had filled our tank before we came so we should have enough. We found another slot in the trees for the TV and the Bell internet stick is working so we are set. We will be here for 3 nights.

After having a nice warm lunch of Chinese noodles, we drove to the interpretive center to check out the displays. They were giving some talks as well but they were all in French.

The south side of the peninsula gently drops down to the sea while the north side is all shear cliffs. We went to the Cap Bon-Ami lookout to take a look. 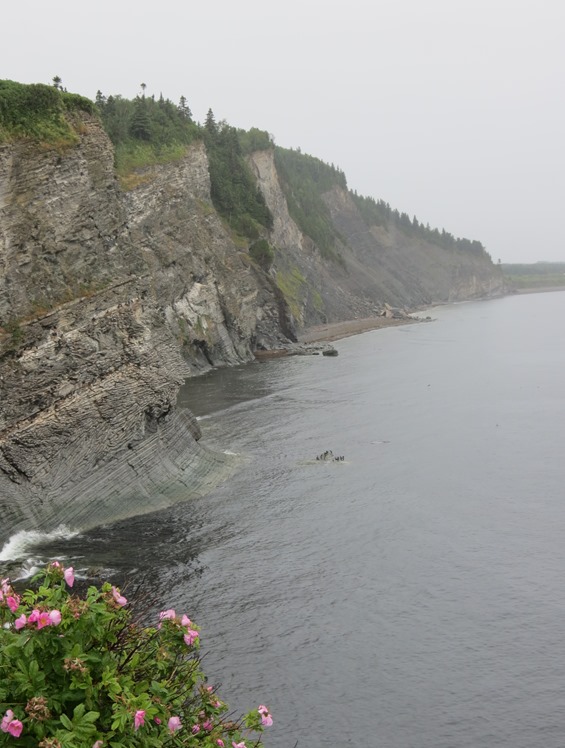 A lighthouse we will have to visit far off in the mist. 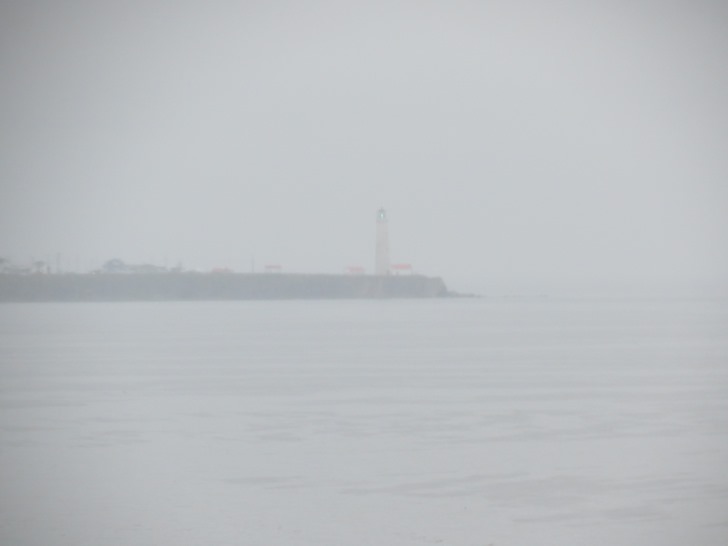 This is the view to the south. You could walk down to a viewing area on the point in the center of the picture below. 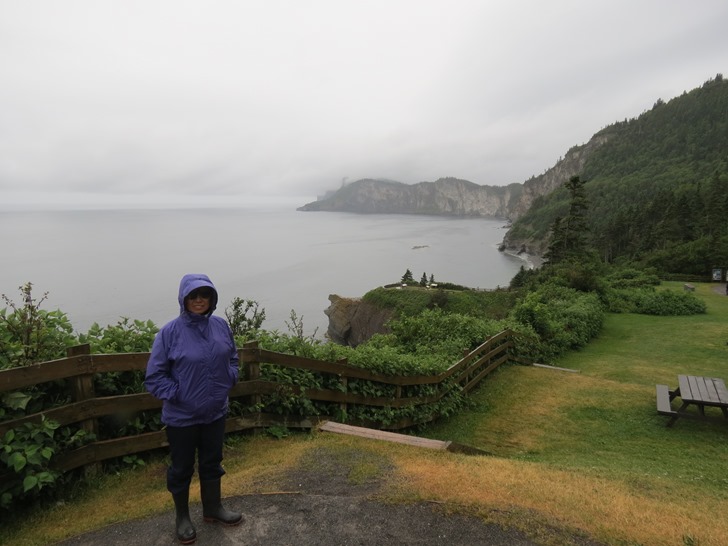 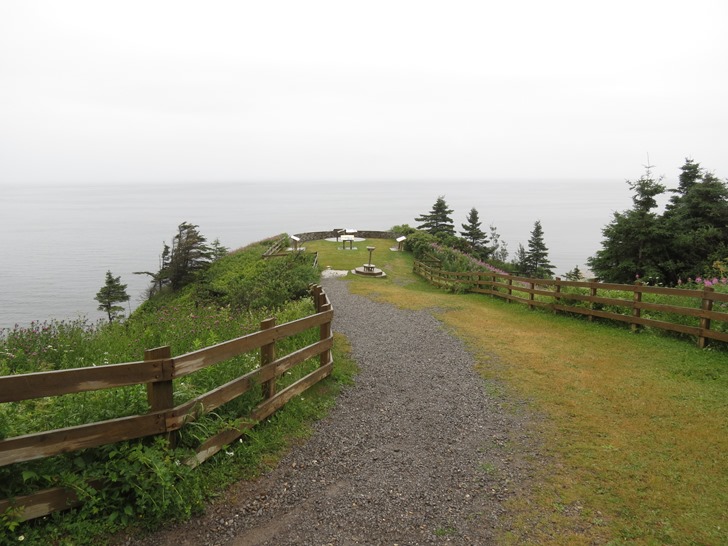 There is a hiking trail to a raised viewing platform on the top of the cliff behind Jennie. We will have to think about whether we will try it if it gets nicer. 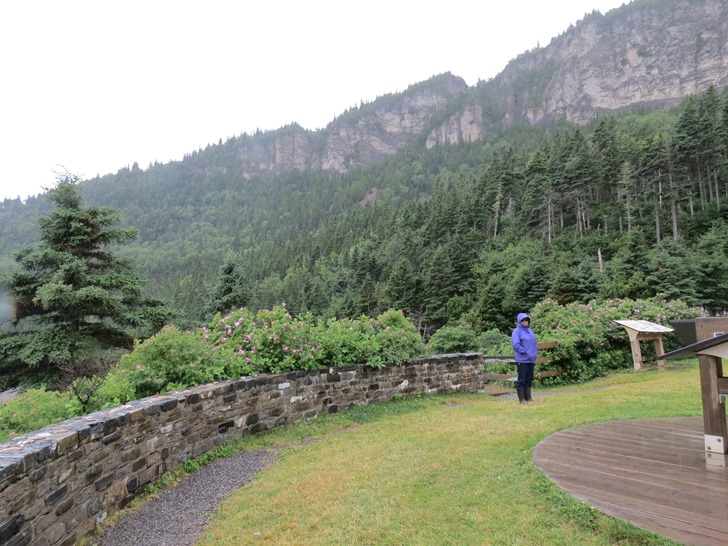 You can also go down to the beach below the point. 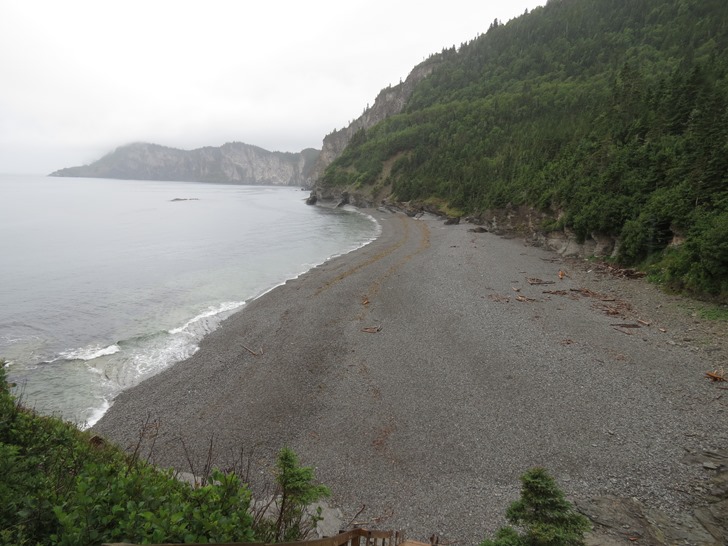 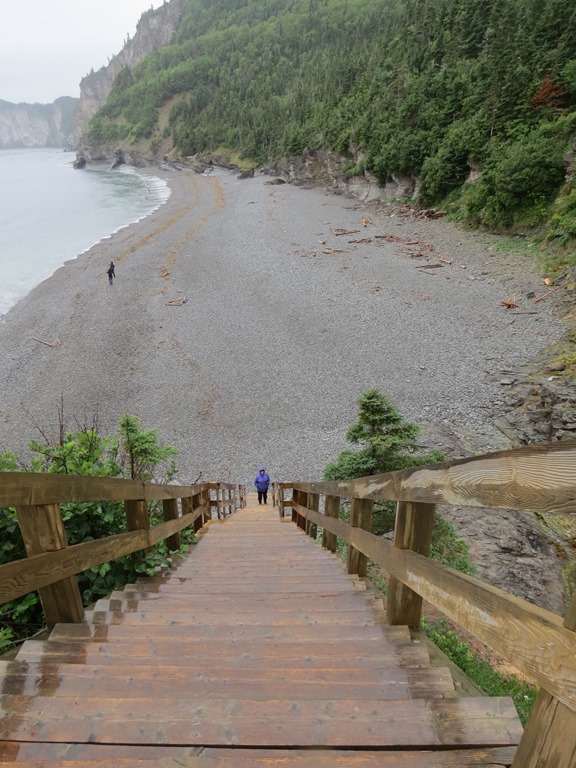 The only two other people soon left and once again we had a private beach. 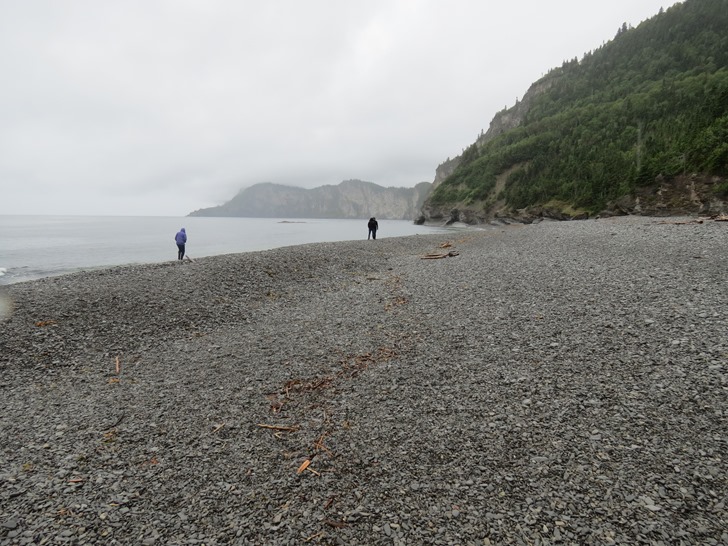 The rocks here made a crackling sound each time the waves came in. 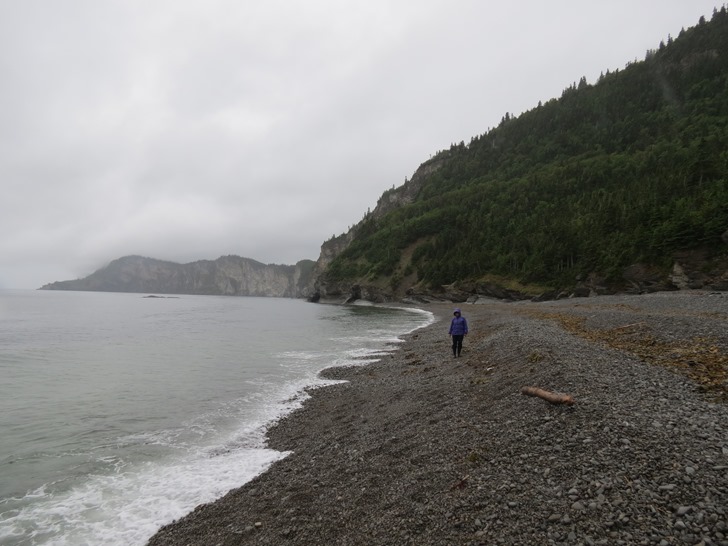 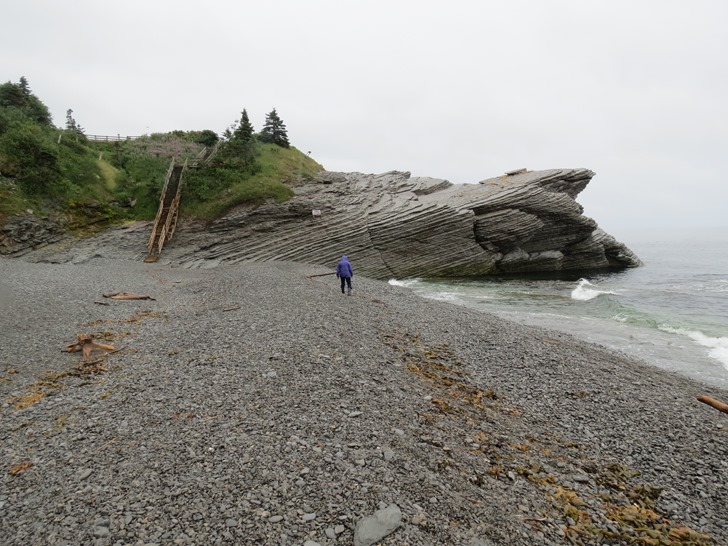 Jennie thought she had no problem because she had her boots on but a rogue wave snuck up on her, 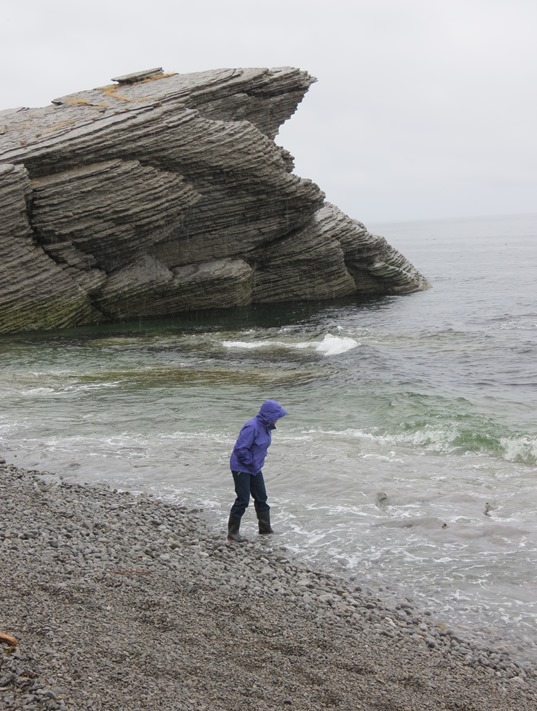 Jennie checking out the rocks and critters. 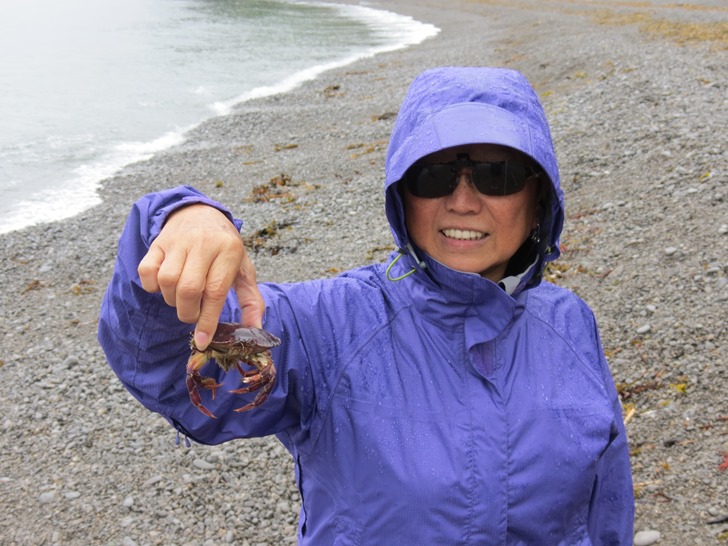 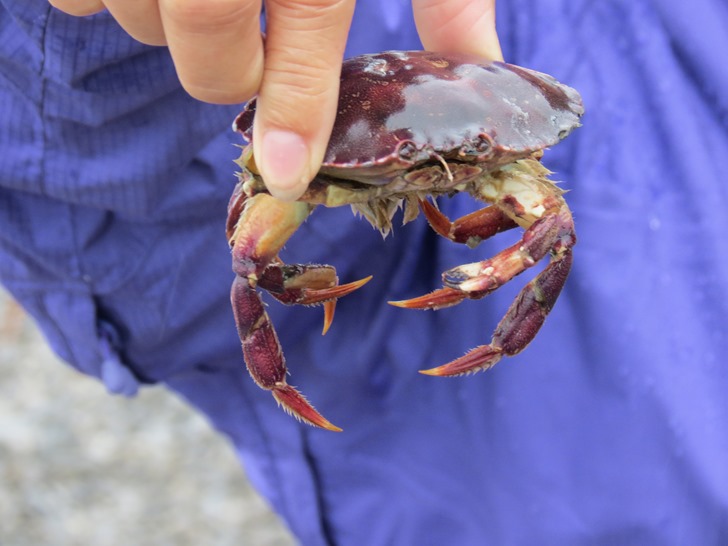 We decided we had had enough rain so we headed back. 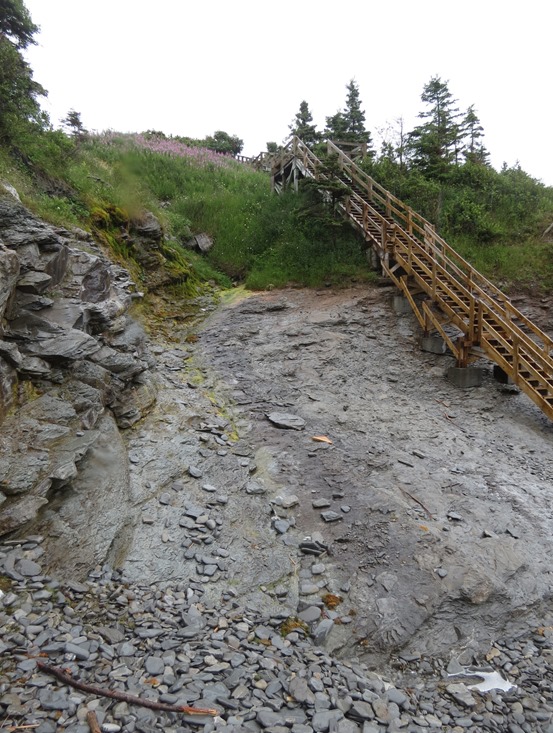 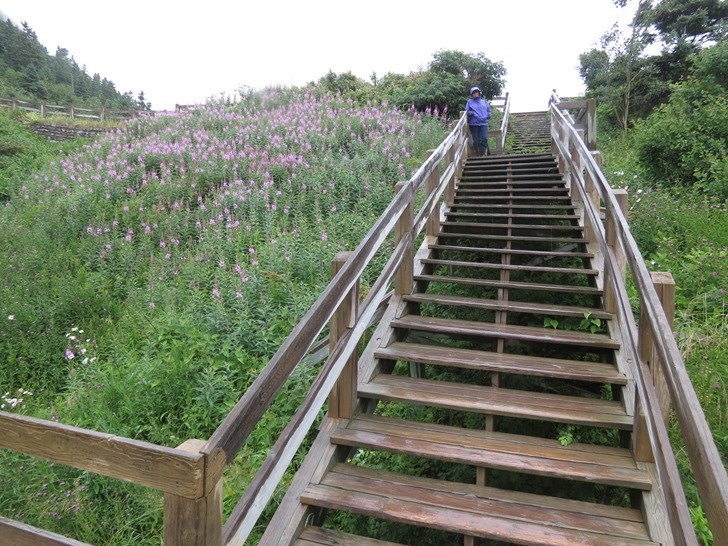 Once we were back I was sitting at the front watching the rain when this bird appeared working its way around the RV looking for food. I think it is some kind of grouse. It’s a lousy picture but the camera kept focusing on the rain drops on the window. 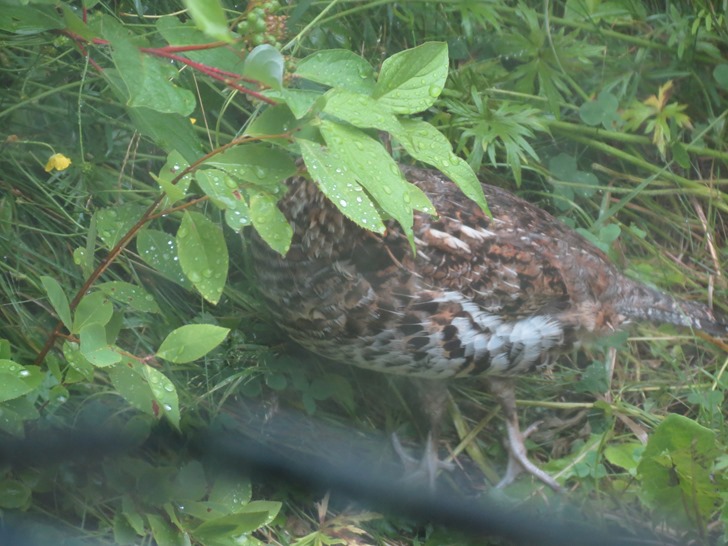 And the rain continues…