Yesterday was truly nasty. Heavy rain and high winds almost all day and night. The campground was also about 2/3 full. I am not sure how the people in tents didn’t just pack up and go home. Most of the people here are young families so having to keep the kids cooped up all day would not have been fun.

The wind was so strong that it broke off the top of a dead tree and it came crashing down on the tent pad at the back of our site. If someone had been using it, they would have had a very bad day. I told the park ranger about it as we left in the morning and when we got back the branches were all cleaned up. The ranger then came by and said they wanted to bring a crew in to take the tree down tomorrow but we would have to move to a new site. Since it is such a pain to move, especially the dish tripod, I asked if they could wait until Tuesday when we will be gone. He said that that was not a problem.

Today the forecast called for it to be cloudy but no rain and it came true. We drove for about an hour from the campground, just past Hershey to the Lebanon Valley Rail Trail. I really should have picked a campground closer to Hershey because everything we are doing is around there.

The trail is a 14 mile one way, converted railroad bed. This is the map from the brochure. 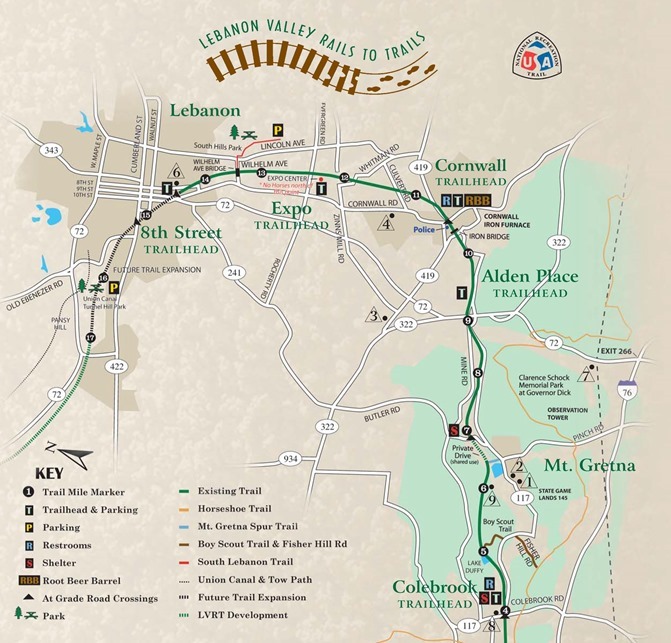 We parked at the Cornwall trailhead. From there we did the gentle climb up to Mount Gretna and then back down, past the car, to mile marker 13 before heading back to go home. We only ended up doing about 16 miles, adding in our wandering around Mt Gretna.

I know that rail trails are usually pretty boring but we used this to ease us back on to the bike. I didn’t feel too bad at the end but both our rear ends are having a hard time being back in the saddle.

The trailhead parking lot in Cornwall had an interesting food stand. From the map it is the Root Beer Barrel. 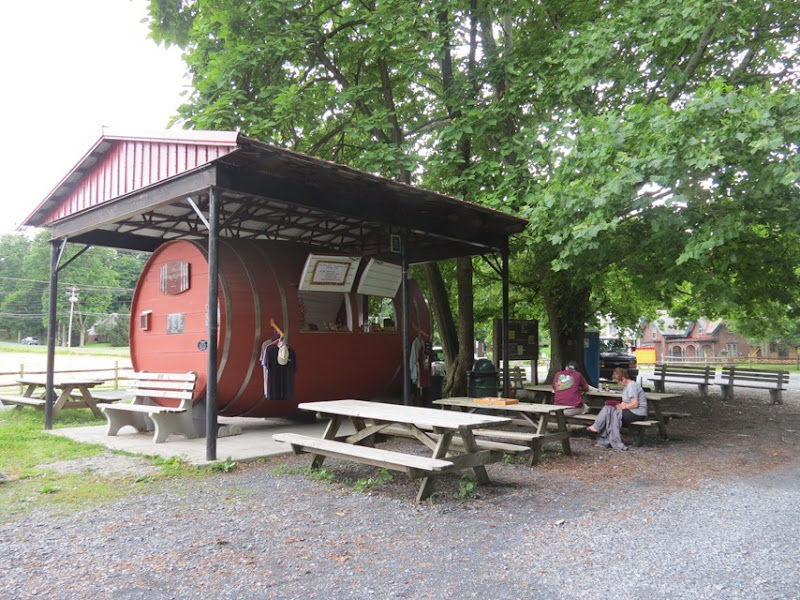 The trail was covered in packed stone dust which made it easy for us, on our skinny tire bike. 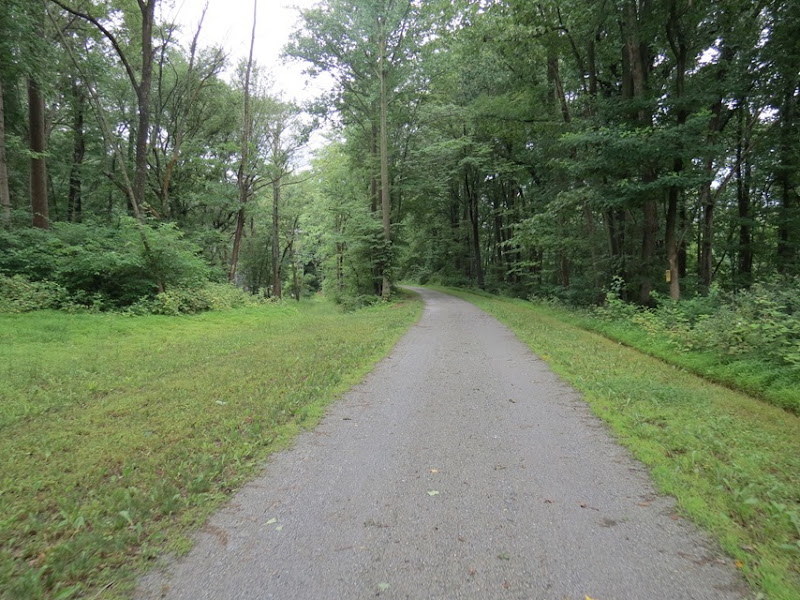 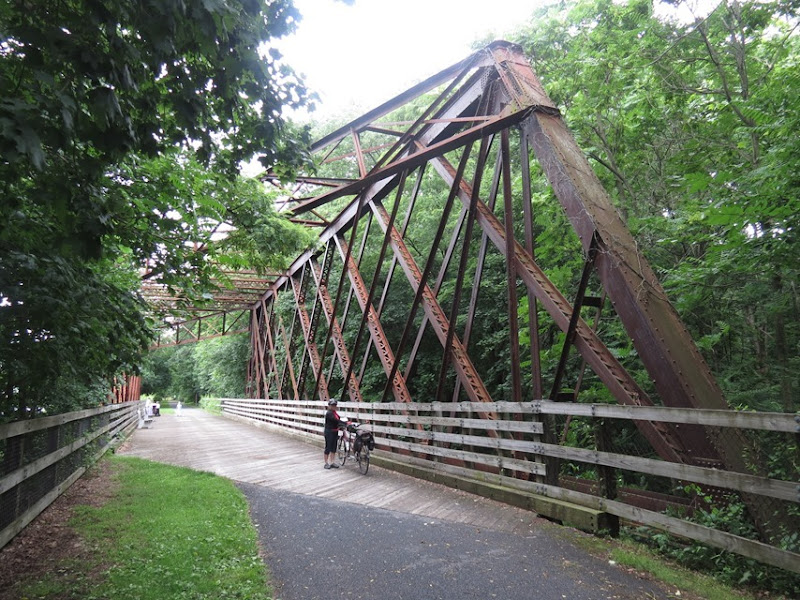 There were a few bursts of sun but there was not much to look at other than the tunnel of trees. It was was an easy ride, though. 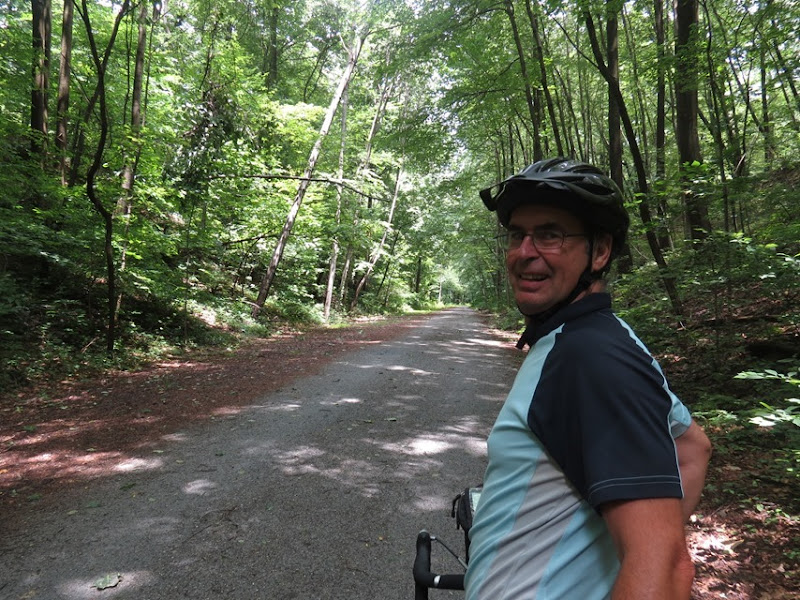 We took a short side trail into Mount Gretna and toured around the “suburbs”. It’s a small place but there were some very nice country homes. No pictures because they are tough to take while riding.

Next we went downtown where the main attraction is a playhouse. The parking lot was full and the play was in progress while we were there. 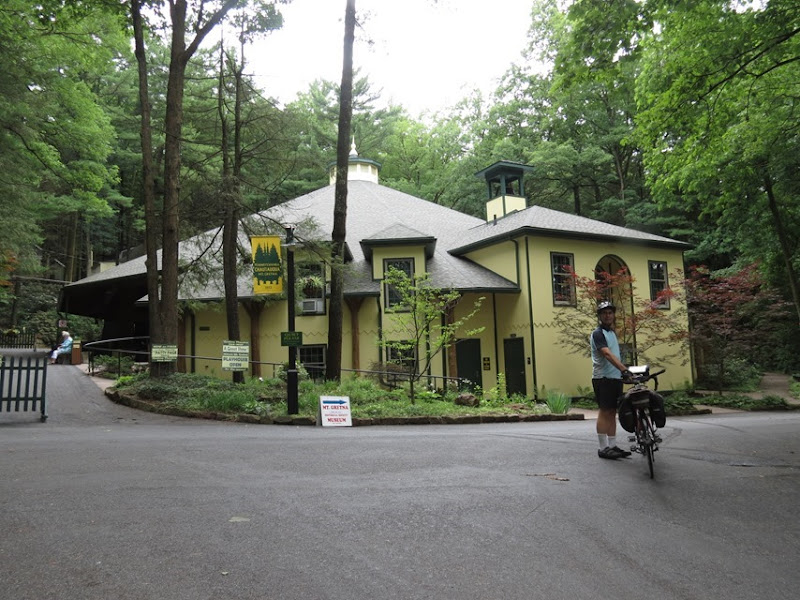 In the same area was a gift shop that attracted Jennie. 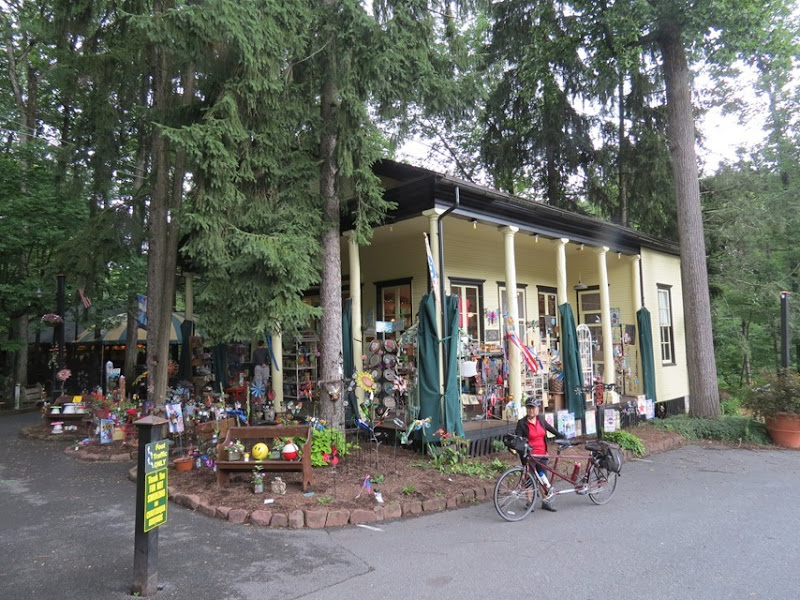 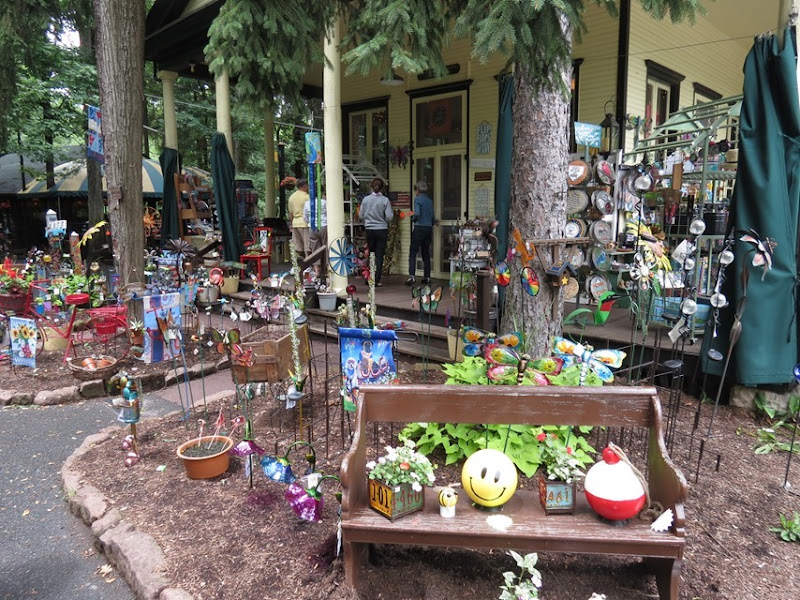 A hummingbird mobile got her attention. 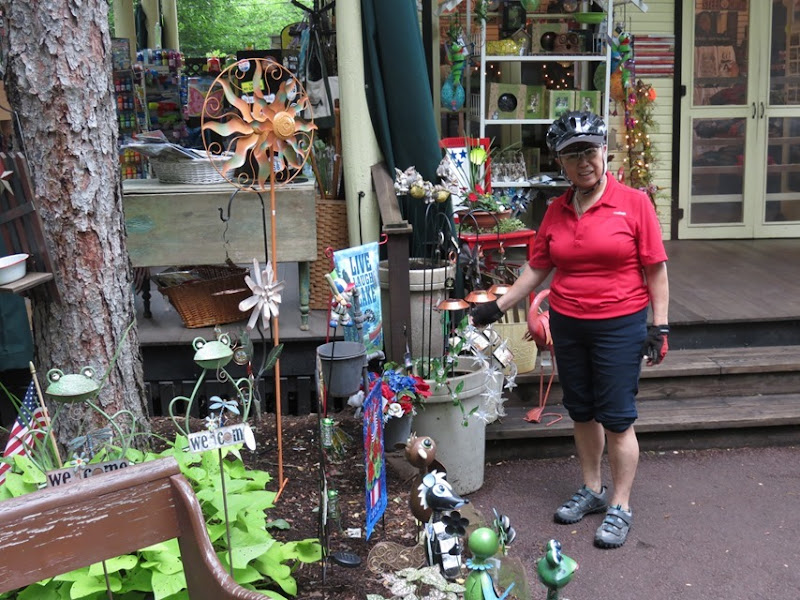 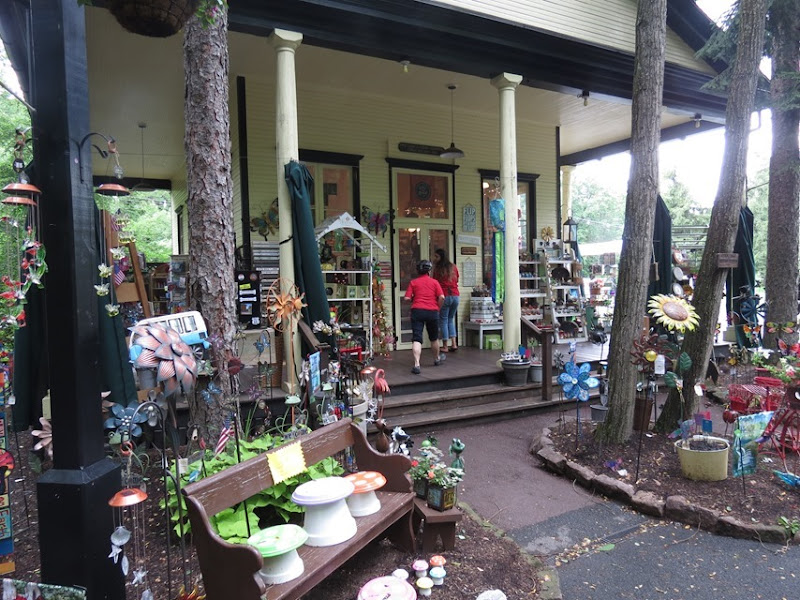 We had lunch on a nearby bench. 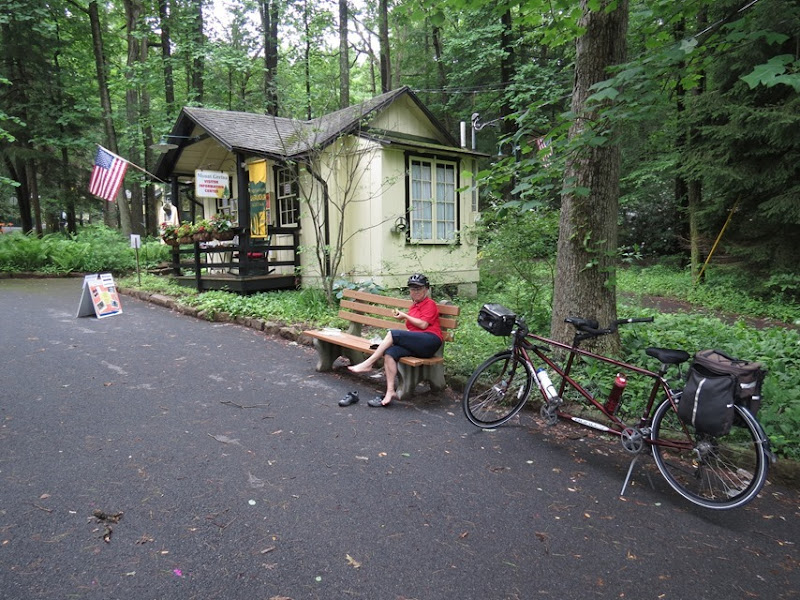 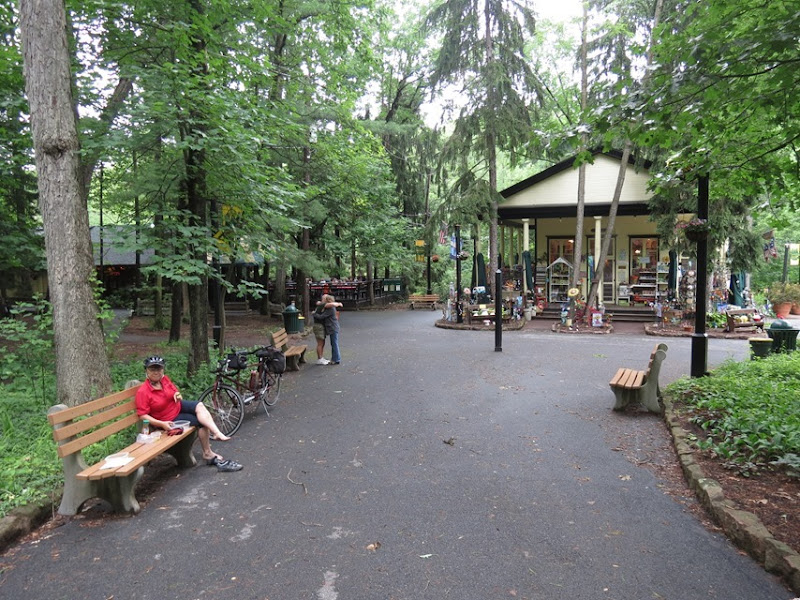 We walked around and looked at some of the houses and buildings in the area. 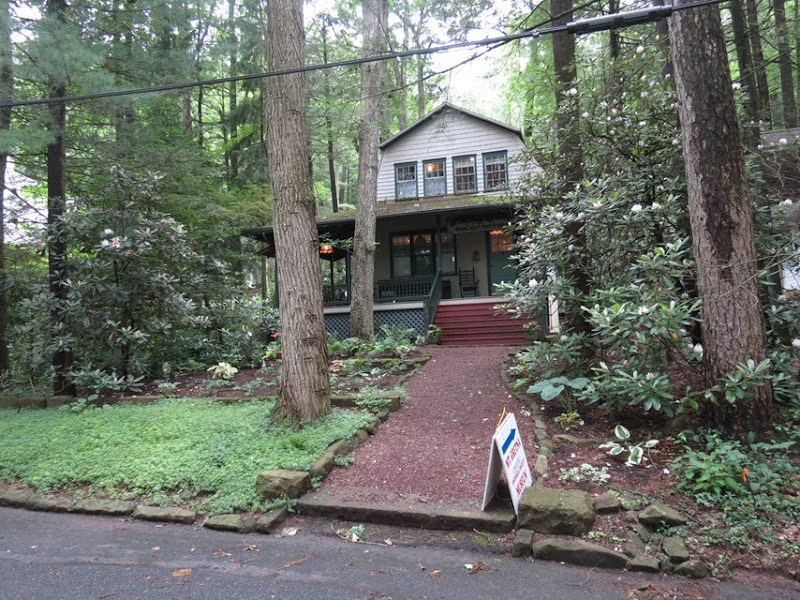 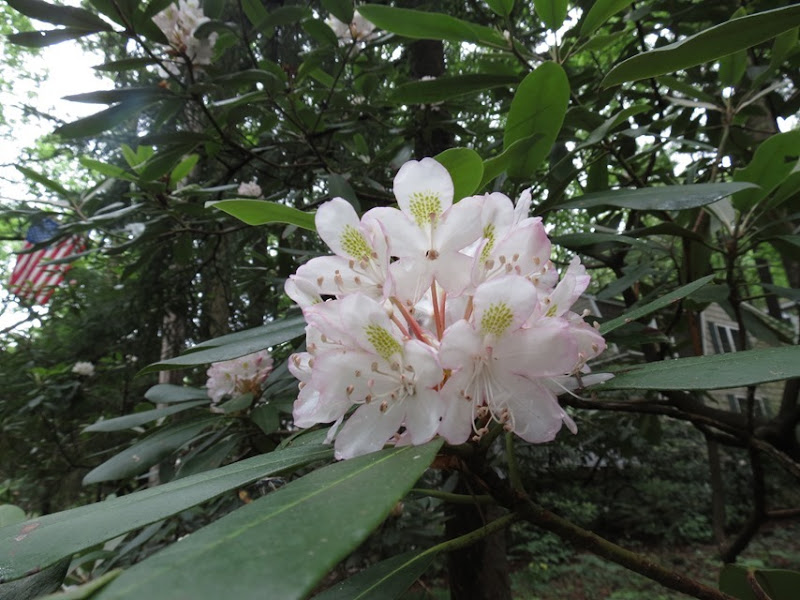 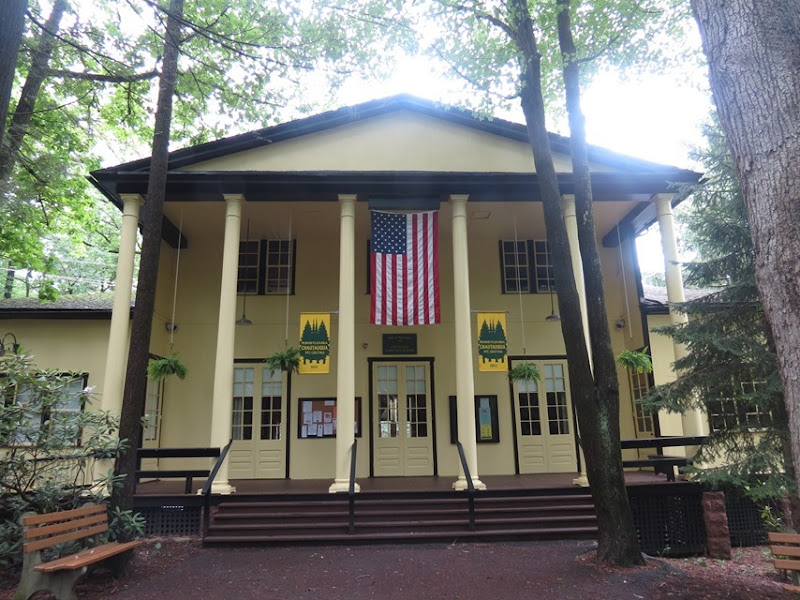 And then right by an ice cream parlour. Even though we really hadn’t earned it yet, we can’t resist. 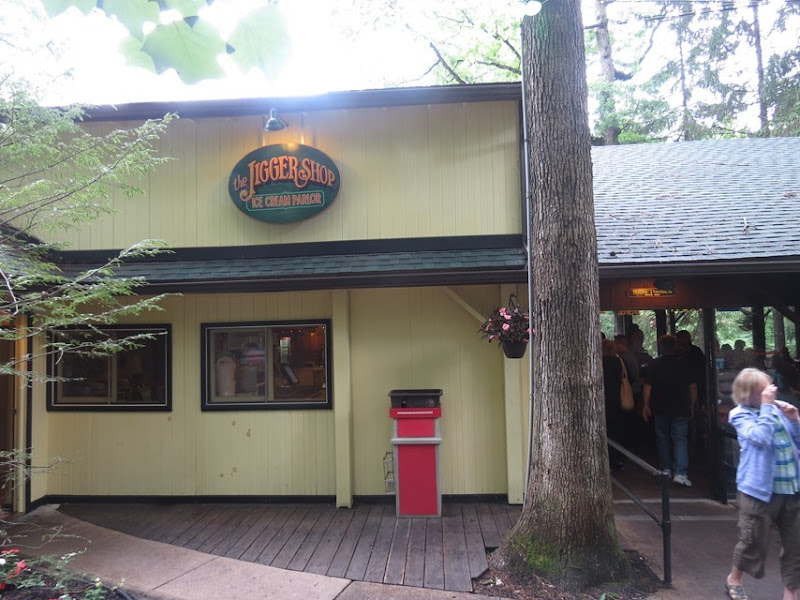 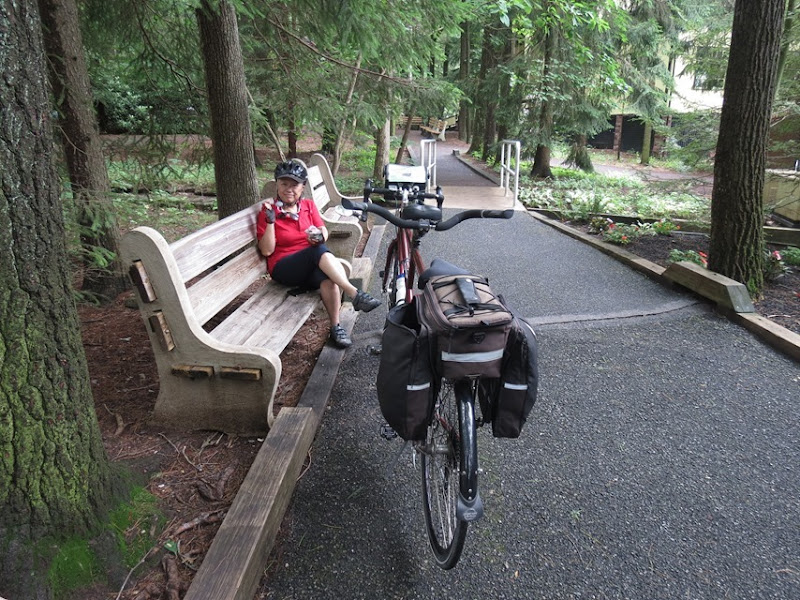 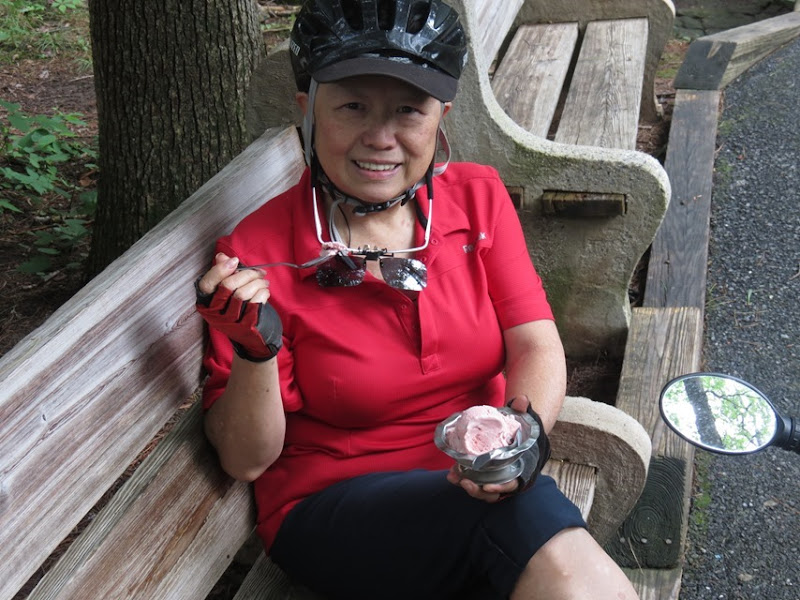 We thought about going farther but the trail got much narrower so we decided to head back to the car, see how we felt and probably continue past it towards the town of Lebanon. Which is what we did.

The downhill to the car made it too easy. 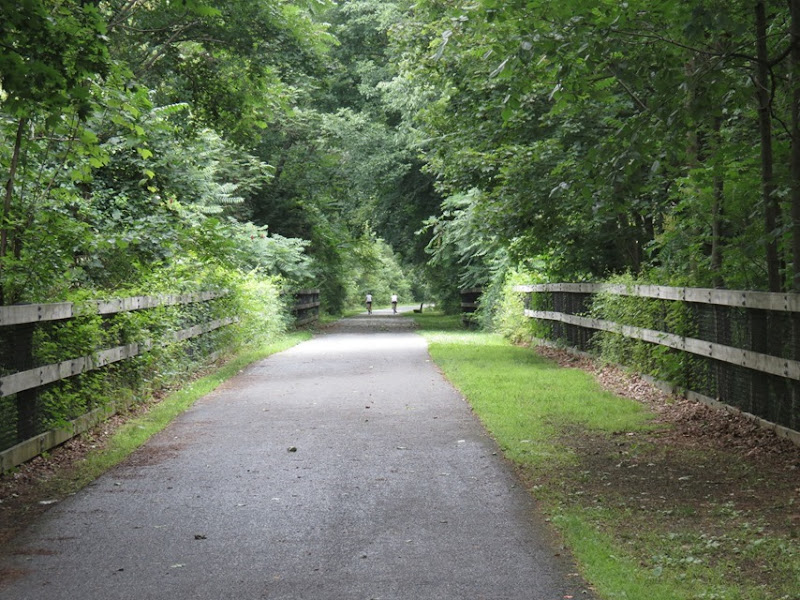 Heading out the other way was more of the same. 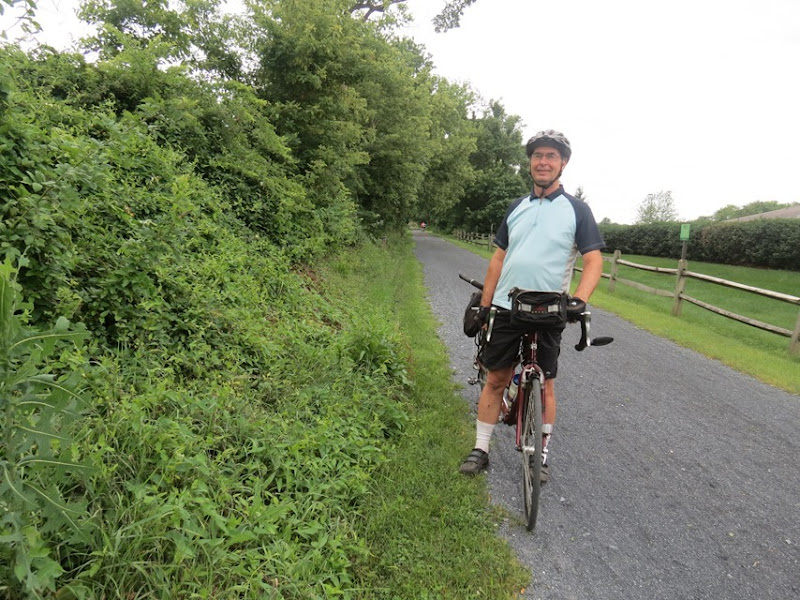 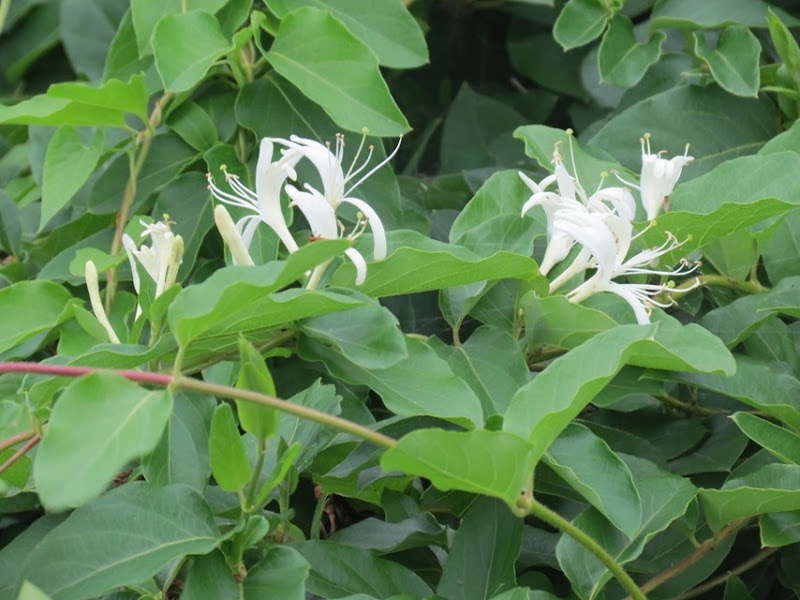 An over the shoulder shot, while we were riding. 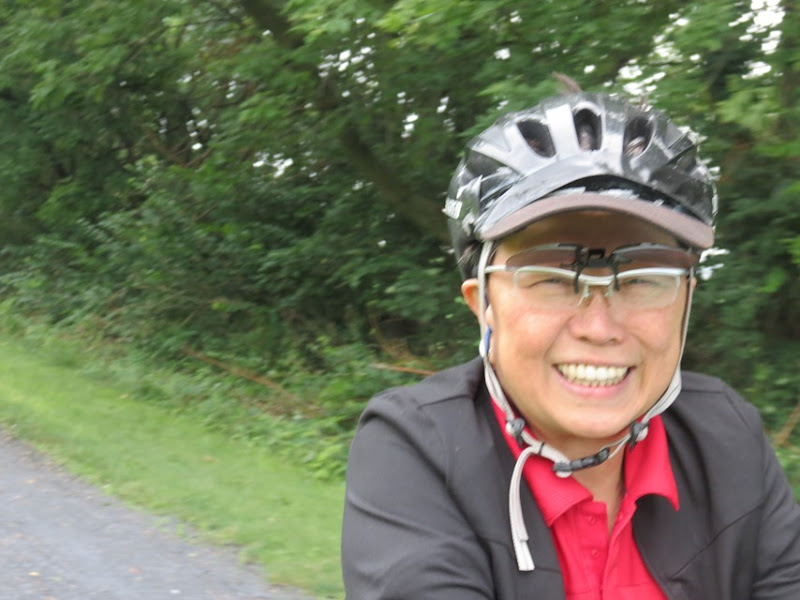 As there was nothing in Lebanon to make us want to get there, we turned around when our butts said to. 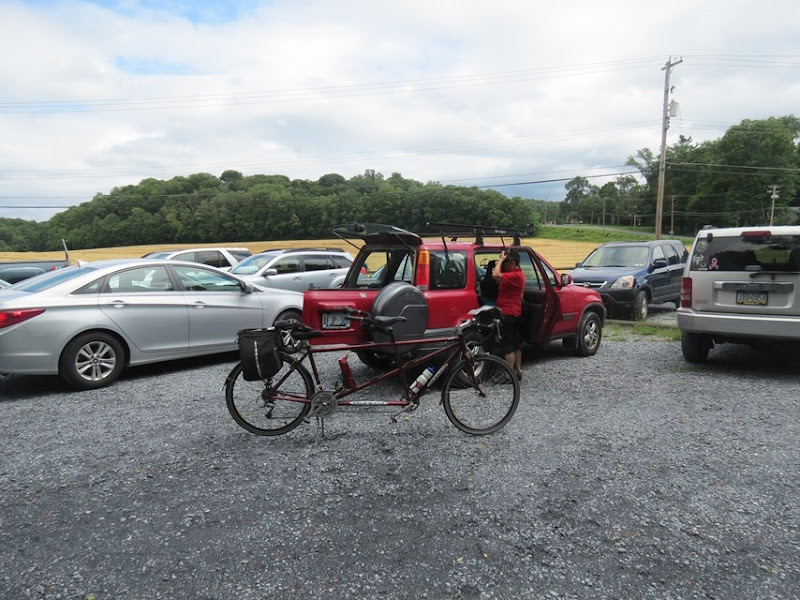 On the way home there was a hill just covered in day lilies. 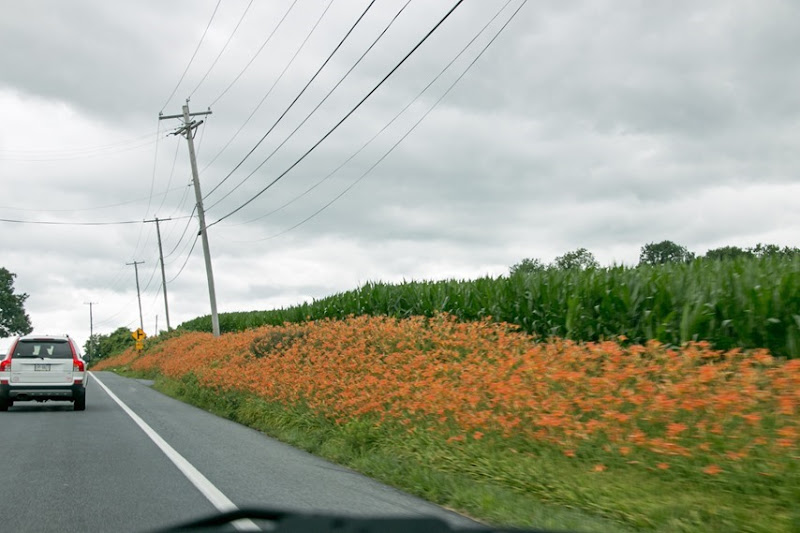 A pleasant way to spend an iffy weather day.