It was another grey day yesterday but we decided to do the Lower Falls on Upper Creek, that we had been to tired to do the other day.

We got all packed up and were getting in the car when it started to sprinkle rain. We thought that it wasn’t to bad so started towards the trailhead. It just got worse and worse so we turned around.

As we had nothing else planned we went back to the town of Newland for an internet fix. By the time we were done it was actually partly sunny so we though we might give the falls another try but as soon as we got close it started coming down again. It was just not meant to be. So it was a relaxing afternoon back at the RV.

Today we did a longer than this year’s normal move by driving 2 hour east and north to Mount Airy. There is sort of a dead spot of interesting things on the Blue Ridge Parkway so we skipped that section.

Mount Airy has played up the fact that it was where the very old TV series The Andy Griffith Show was filmed. Andy played the sheriff of the small town of Mayberry. Everything is Mayberry this or that. We are even staying in the Mayberry Campground.

It looks like a nice place even though it is a bit close to an interstate highway.

Our site overlooks the rest of the campground. 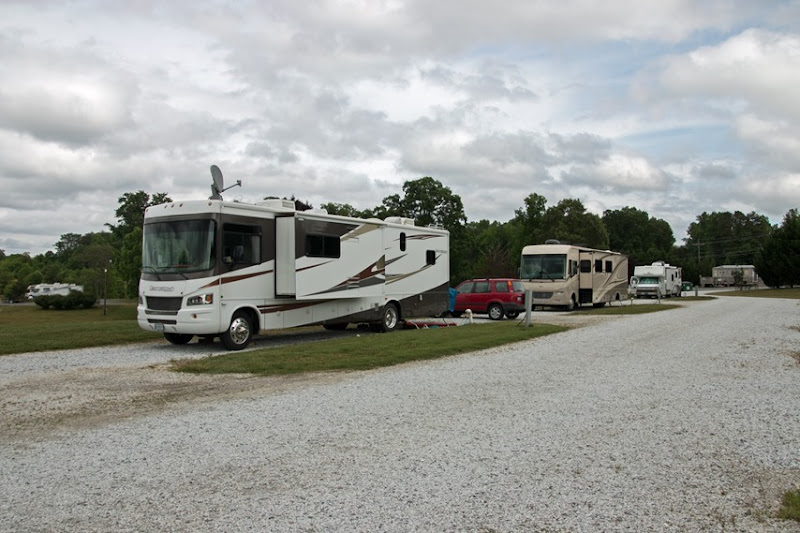 It’s pretty big place and I think that tonight it is a bit more than half full. 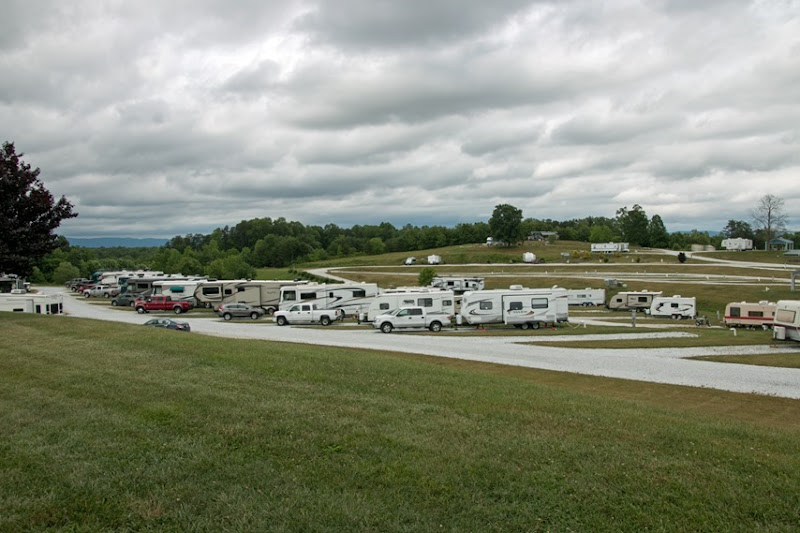 It is not a bad deal either. Last week’s no hookup site in the national park campground was $16 a night. Here it is $33 but if you stay a week the 7th night is free. We are staying a week.

The immediate weather forecast is still not great, calling for a good chance of thunderstorms each day. It does improve next week.

There is a lot to do here. We probably should have stayed longer but we will see what we can fit in.