It was a nice sunny day and not too wavy so my cousin’s family and I decided to go blueberry picking. These excursions are partly just an excuses to get out in the boat on a nice day. If we get berries then that is a bonus.

We have a few favourite places we go. This time we went back to an island that I have not been to in several years. My cousin’s son had recently been there and said the berries looked good. It is about 6 km across our large bay to get there.

We cruised back and forth along the rocky shore of the island for a while trying to find a safe place to park the boat. 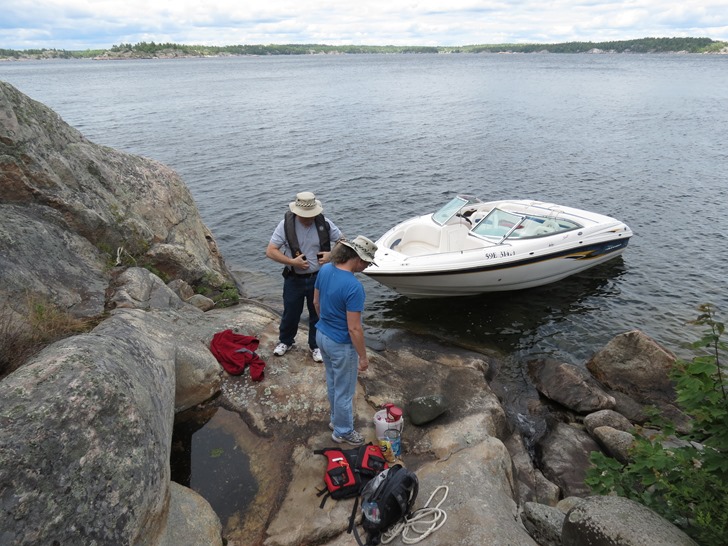 It was a bit of slippery climb to get up away from the shore into the bushes. 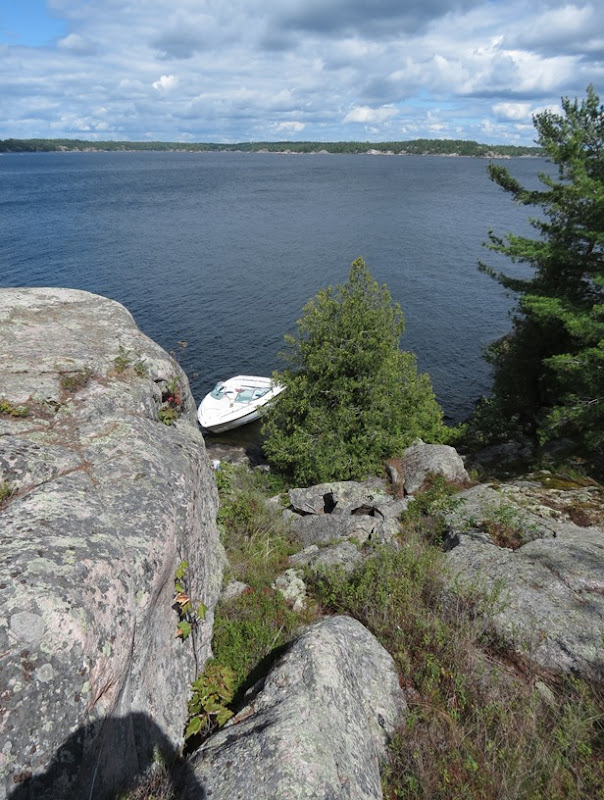 The blueberries were much more plentiful that I had seen them in years. They were a little small and there were still lots of green ones so we will probably go back. 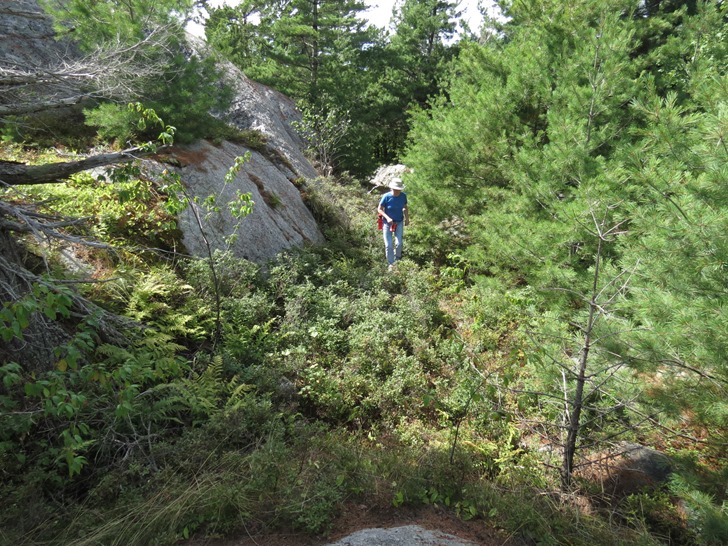 All I wanted was enough to put on my cereal. They wanted enough for my aunt to bake them one of her great blueberry pies. After I got my quota I just wandered around the island taking a few pictures. 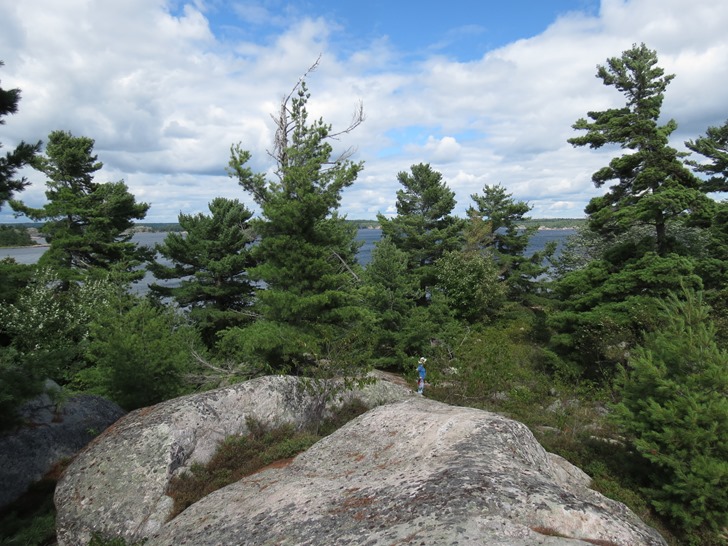 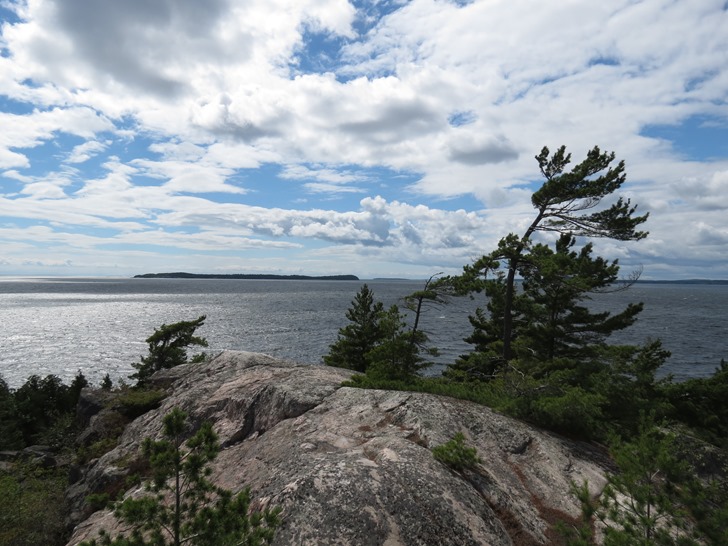 This area is a world famous sailing destination called the North Channel of Georgian Bay.  There is a long string of islands out from the shore so there is a several hundred kilometer long, very wide channel that is protected from the big waves of Georgian Bay and Lake Huron. There is a constant stream of sailboats going by. 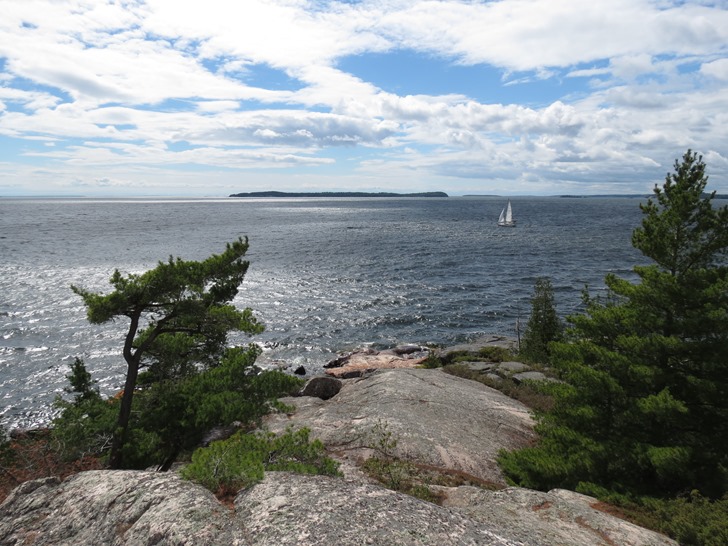 The trip back was much slower because it got windier with 3 to 4 foot waves. The boat handles the big waves so well that I have never felt scared in it. We just took our time and rolled over the waves. I only slammed down hard once. 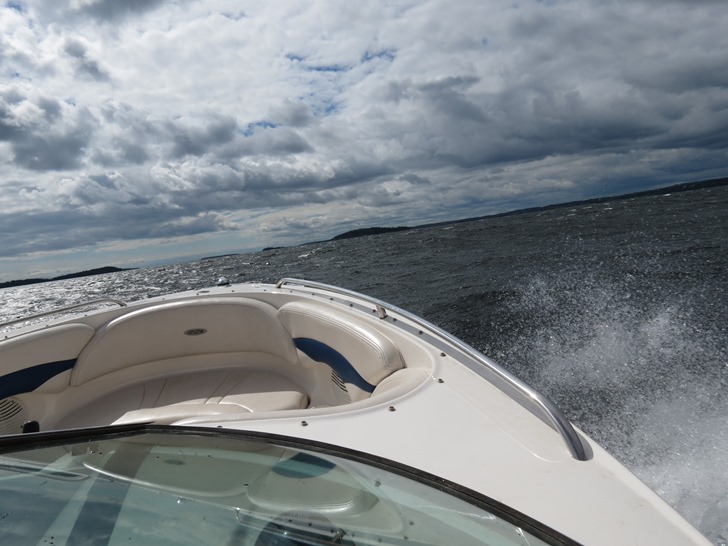 Of course, once we got back it calmed right down.

As I neared the cottage I almost hit a deadhead. These are old logs that lie on the bottom and then one end starts to float. I am not sure why. What you end up with is a big post sitting upright in the water. Obviously they can do serious damage if you hit one. We sent my cousin’s sons off to haul it in to shore. 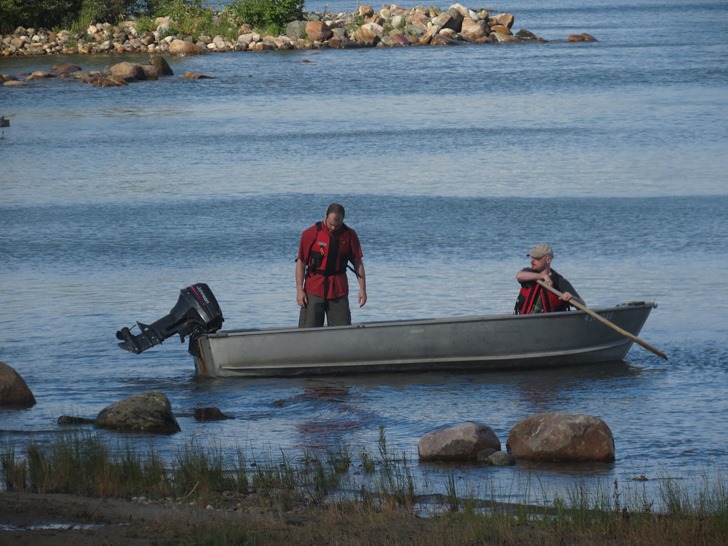 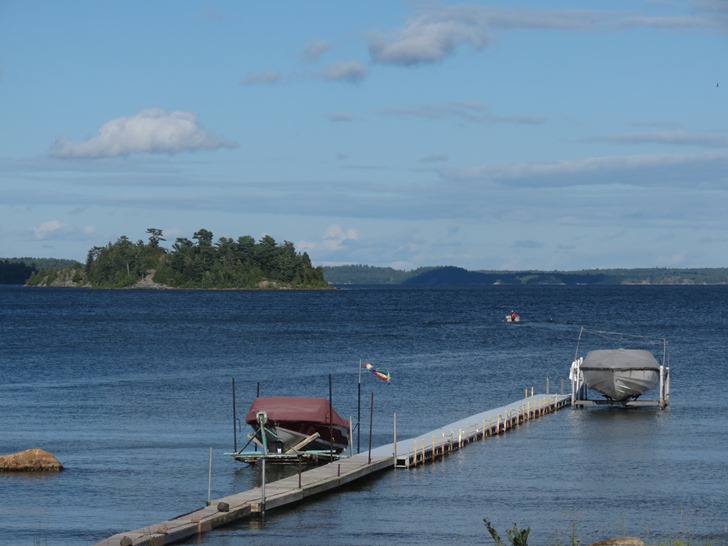 Since the family is up for the long weekend we decided to celebrate my father’s 85th birthday a few days early. 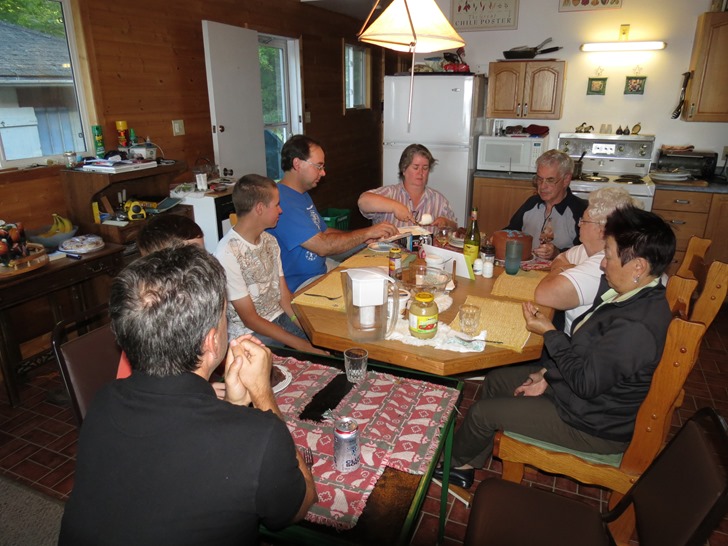 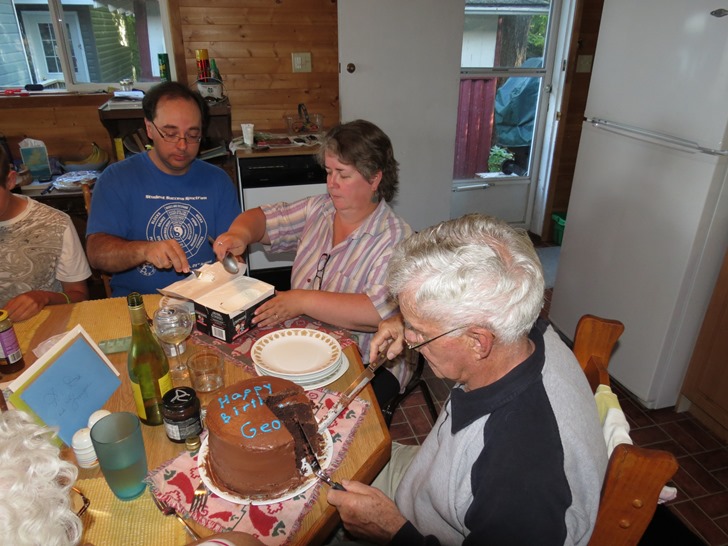