Friday was an interesting day weather wise. It rained fairly hard in the early morning and then kept up on and off until early afternoon. Then a line moved across the sky with the clouds and rain on one side and clear blue sunny skies on the other. The rest of the day was beautiful. I didn’t do much other than relax.

The cafe at the marina in Blind River makes a great pan fried whitefish special on Fridays. We had gone last week for our anniversary dinner. We had celebrated my father’s 85th birthday last weekend when the family was here but this Friday was his real birthday so we took him out there for dinner. My aunt and uncle and cousin and her husband joined us. The fish portion was huge and great. Even the fries were really good.

As it was a clear night I finally broke out the telescope again. There is a nice stone causeway just a bit down the road from us that protrudes out into the lake to give great 360 degree views. As there are no large towns close by we have really dark skies here. You can just barely see a glow from Sault St Marie very low in the western sky. 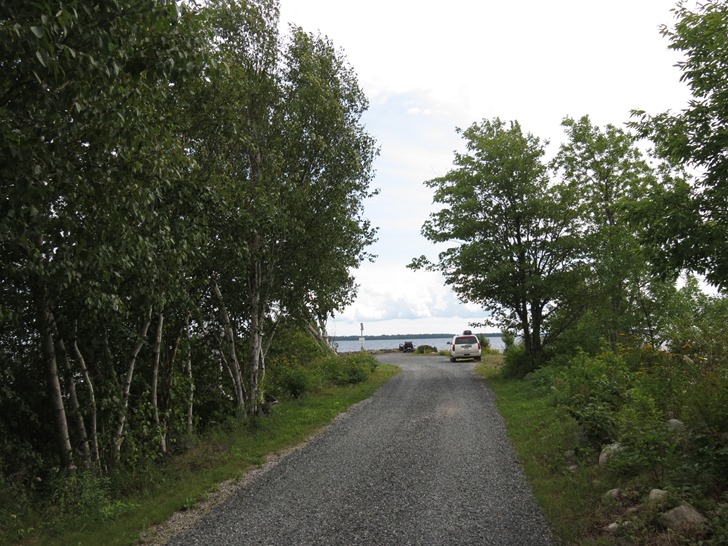 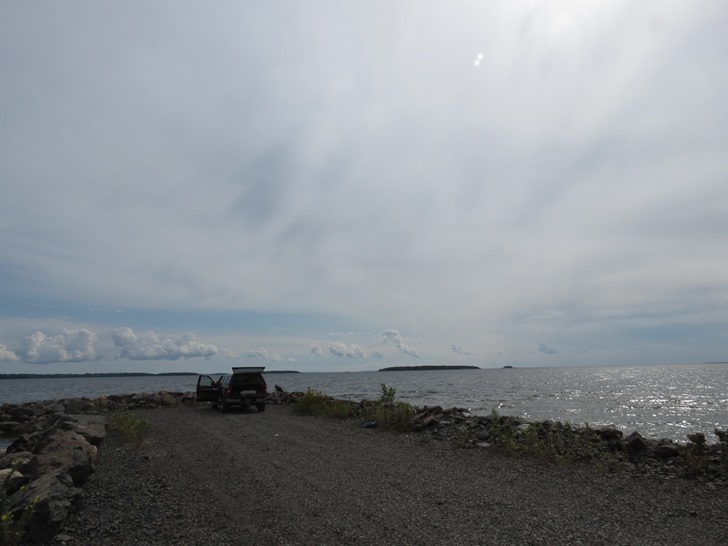 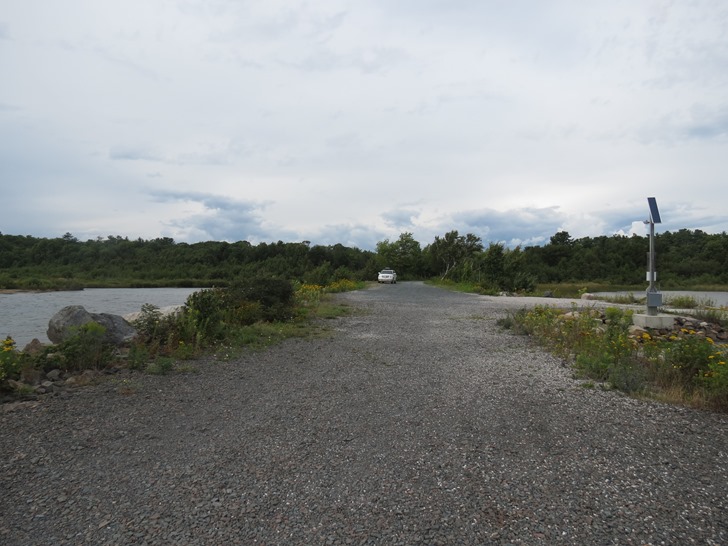 There is a boat launch here. In the last few years but it has been too shallow for us to use. 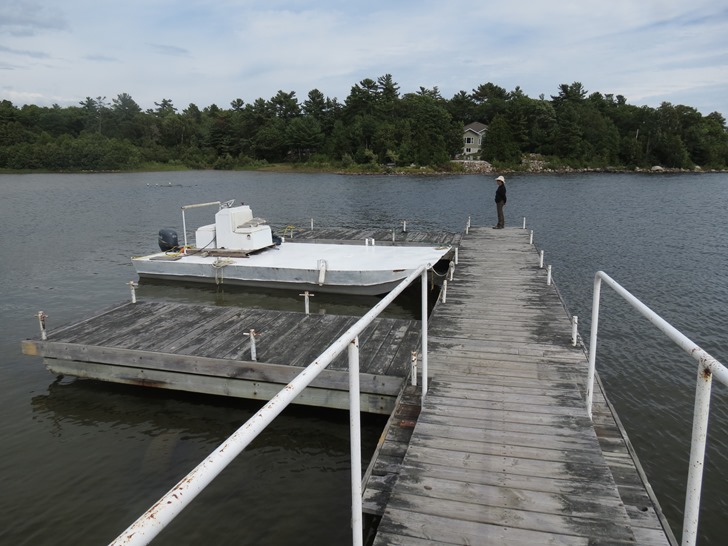 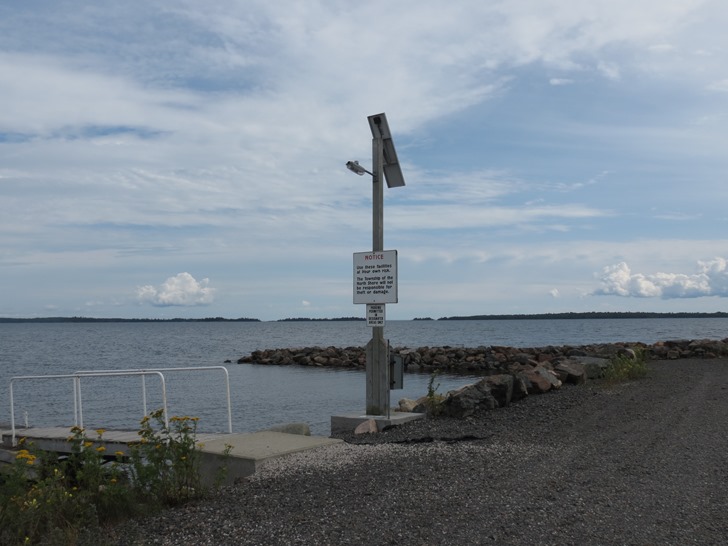 None of the pictures I took are good enough to show anybody in my astronomy club. As usual I made a lot of mistakes but each time I go out I make less and less. I am still learning about astro-photography and have a long way to go but they can give you an idea of what even someone as inexperienced as me can get with very little effort.

I first put my camera on top of the scope and took another wide, long exposure shot of the Milky Way rising out of the southern horizon. 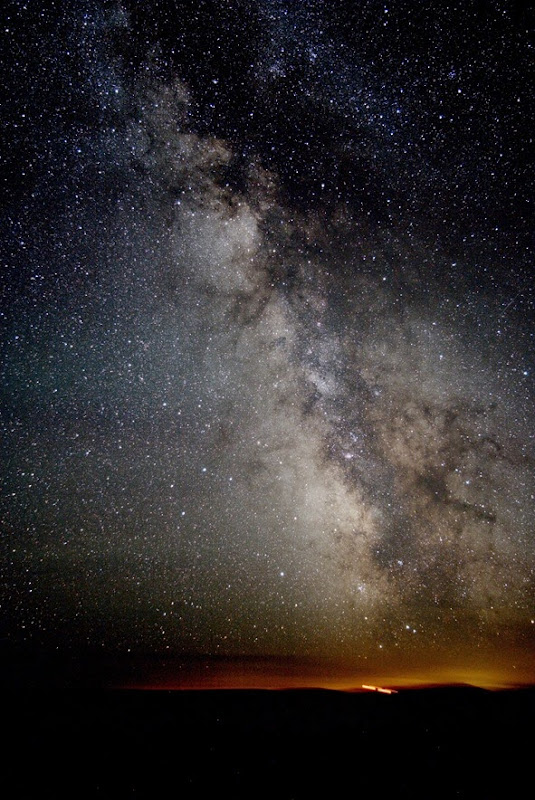 The haziness of the Milky Way is really made up of billions of individual stars that just sort of blend together. The section close to the horizon is in the direction of the center of our galaxy, where there are more stars in our line of sight so it is brighter.

The red streak is a light on the shore that is smeared as the scope tracked the movement of the sky. The picture is made up of two 5 minute exposures added together.

Next I connected the camera to the scope and took this picture of the Triffid Nebula. It is in the direction that is in the dense part of the Milky Way. The haze starts to resolve into all the individual stars. 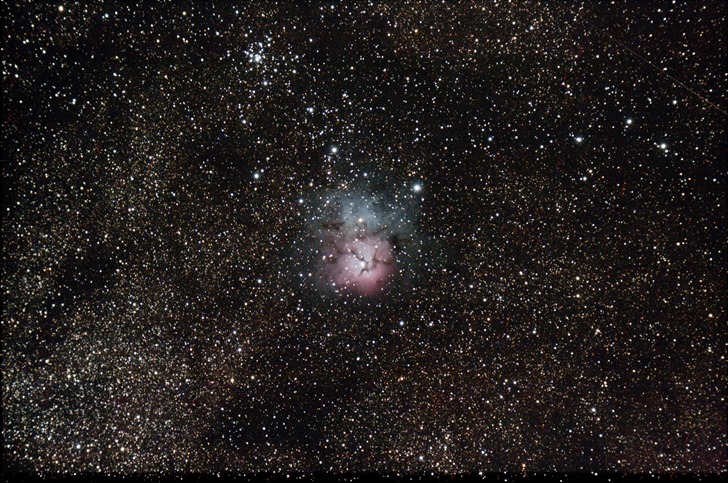 From the description in my astronomy program. “The object is an unusual combination of an open cluster of stars, an emission nebula, a reflection nebula and a dark nebula that divides the emission nebula into three parts” 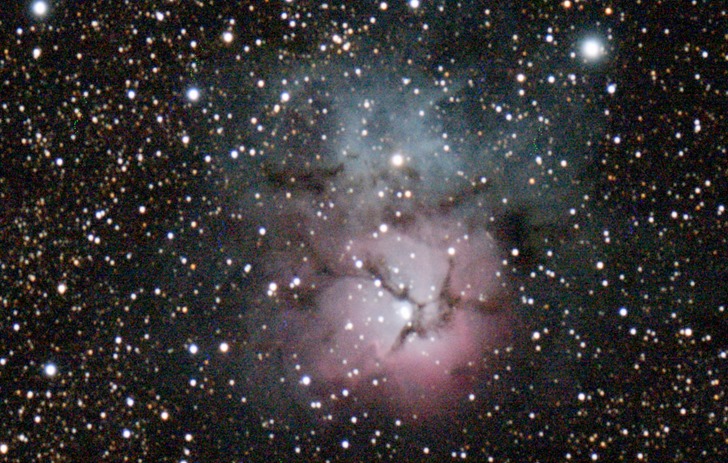 I stayed until about 1:30 am, watching for meteors while the camera was busy.

Yesterday and today I spent helping my cousin’s husband install a steel roof on their cottage. It was hot work up on the roof sitting on the black waterproofing paper and then the steel sheets as it went up. 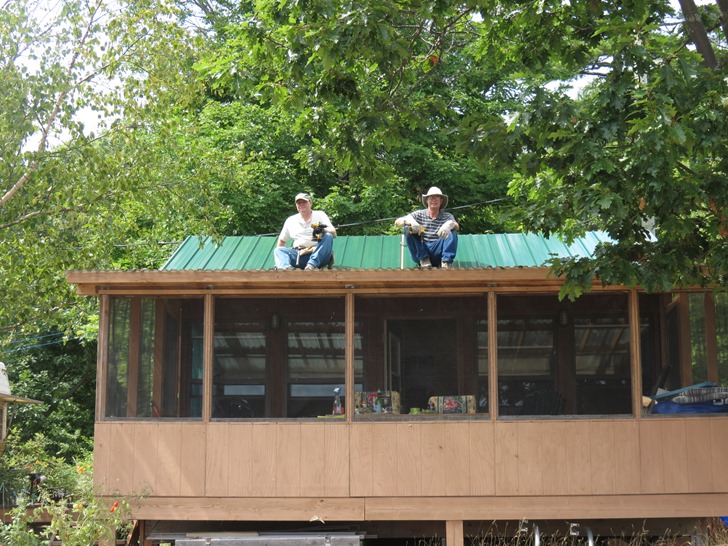 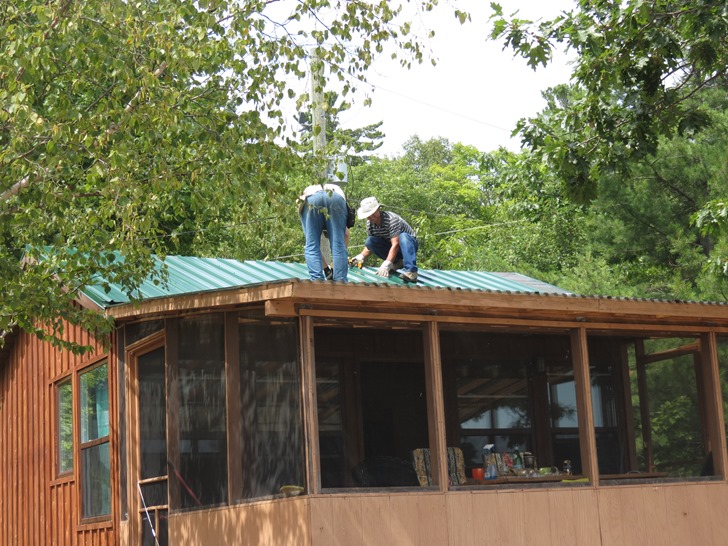 Saturday night was also clear so out I went again. This time the street light battery was fully charged so it was annoying all the time I was there.

I took pictures of another nebula near the Triffid. This one is called the Lagoon Nebula. 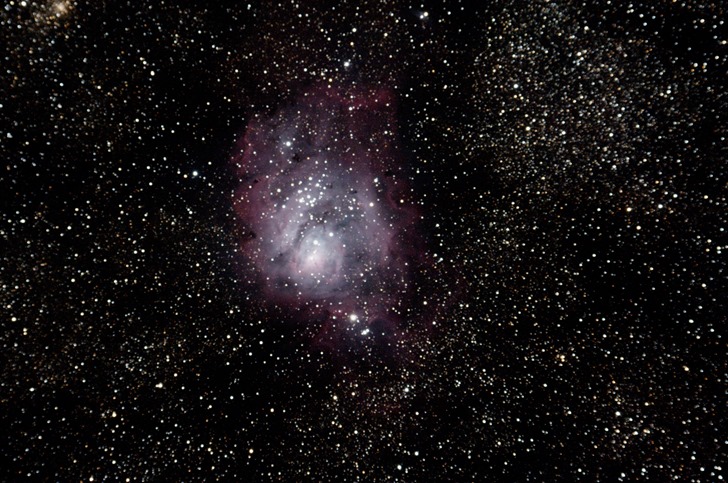 The description for this one is “It is a giant glowing cloud of interstellar gas, divided by dark lanes of dust.” 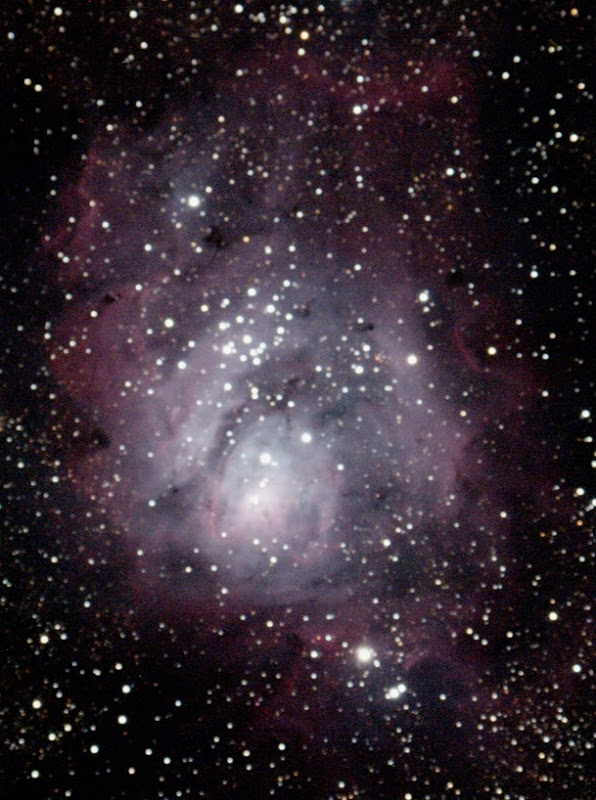 I put the location of the two nebula on the first Milky Way picture. 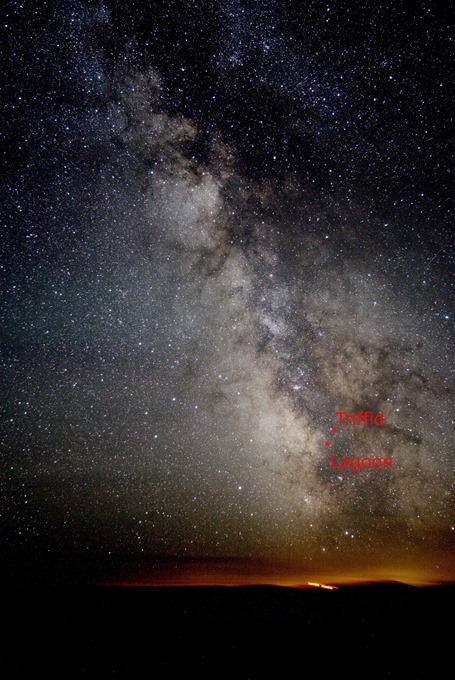 Tonight is supposed to be the height of the Persieds meteor shower. Although it is somewhat cloudy right now, at 6 pm, the forecast says it is going to clear up in the early evening. We’ll see.

Well, it did clear up and it was not that cold with no wind and no bugs. I went out at 10 and just came back in at midnight. I am falling asleep after a day of roofing.

I got a lawn chair out on the beach, dressed up warmly, put on my ipod and stared upwards. I saw about 30 meteors and about 8 very bright ones. I also saw a lot of satellites and the international space station pass over twice. I spent most of the time trying to memorize the various constellations. It is harder to find them in dark skies because there are so many more stars that it is hard to tell which ones belong to the constellation.