When I got up it was a bright sunny day and no wind so the lake was very calm. We always try to do at least one long all day boat ride when we are here.

I decided to do the 160 km round trip to Little Current. It is at the northern entrance to Manitoulin Island. This is the only way you can directly drive on to the island. From the south you must take the ferry from Tobermory. 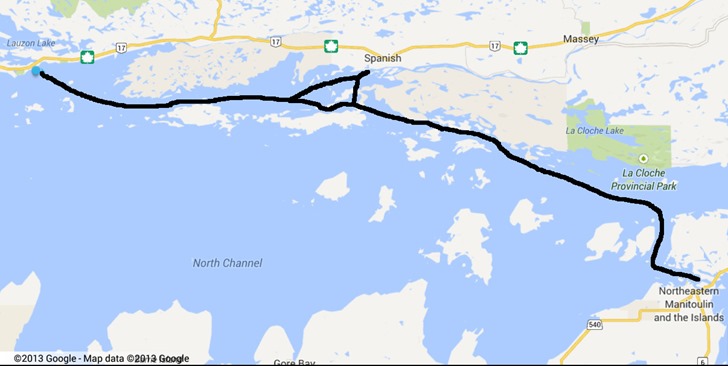 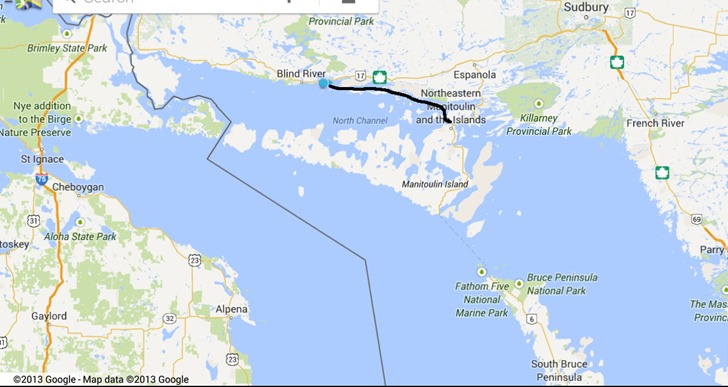 My daughter and her girlfriends were leaving today so I said a sleepy goodbye to them. Jennie’s back was bothering her so she decided not to go in case in got bumpy. It was a good decision because on the way back it got a bit rough. So it was me, two of my cousins and their SO’s. There were lots of other sail and power boats out. 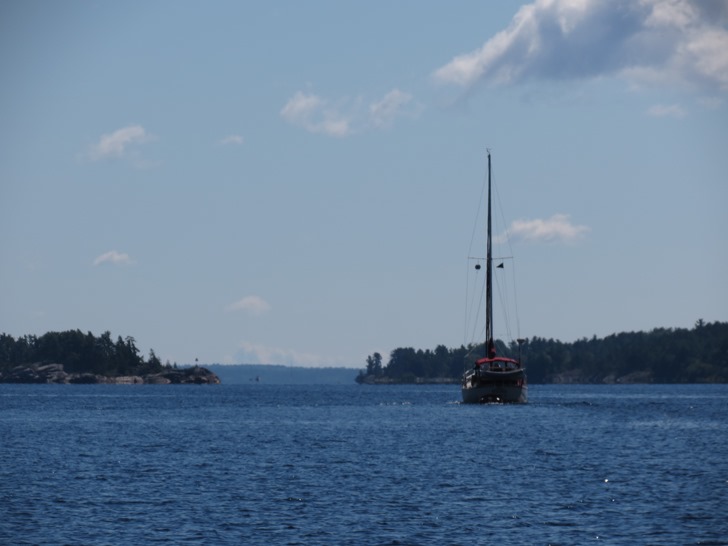 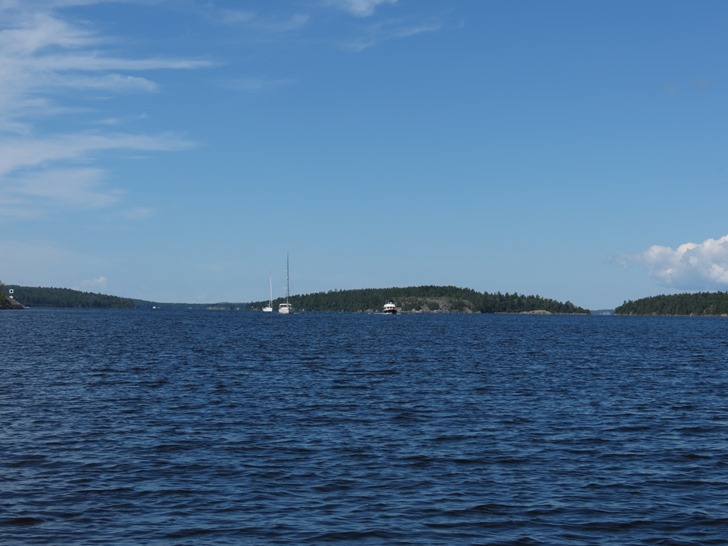 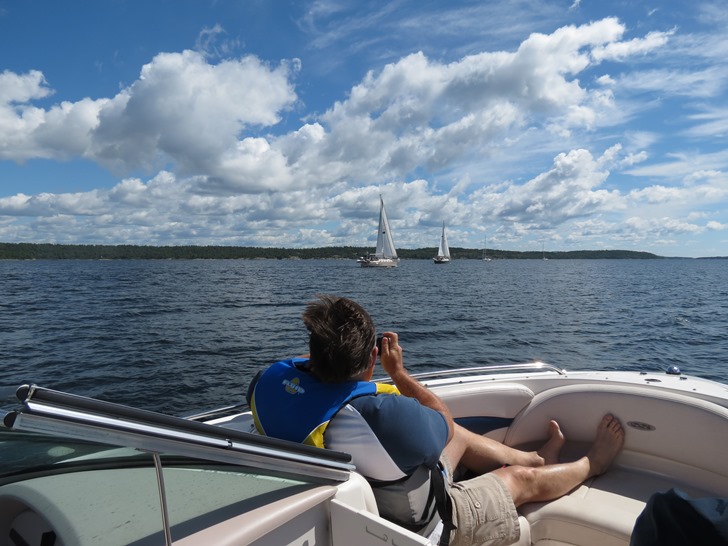 We stopped in at the Spanish marina to get gas. ($1.57 a litre, yikes). The water has been so low over the last many years that they have had to dredge a channel so that you can get to the dock from the lake. The dredge / backhoe on a barge was out today. 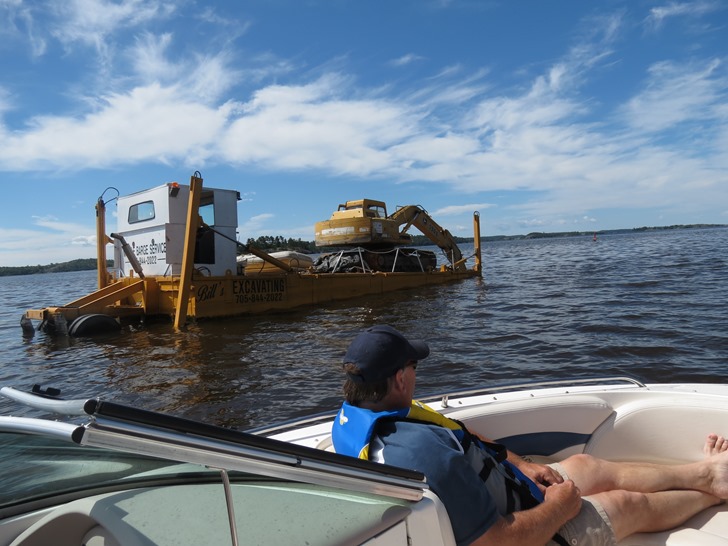 It was a nice smooth ride with beautiful scenery. 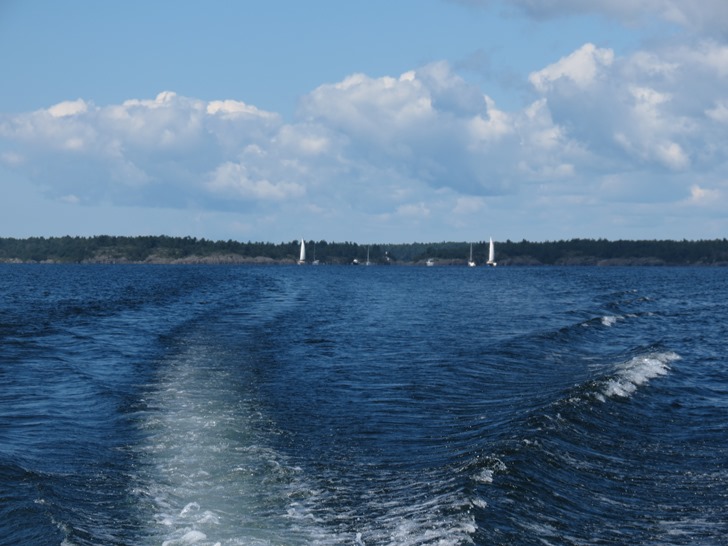 We arrived at Little Current at about 1pm and tied up at the dock. My boat looks so small against all the yachts. 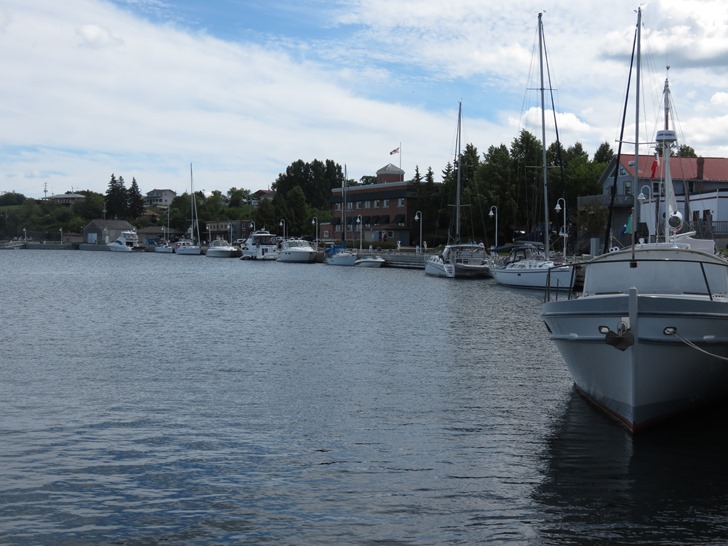 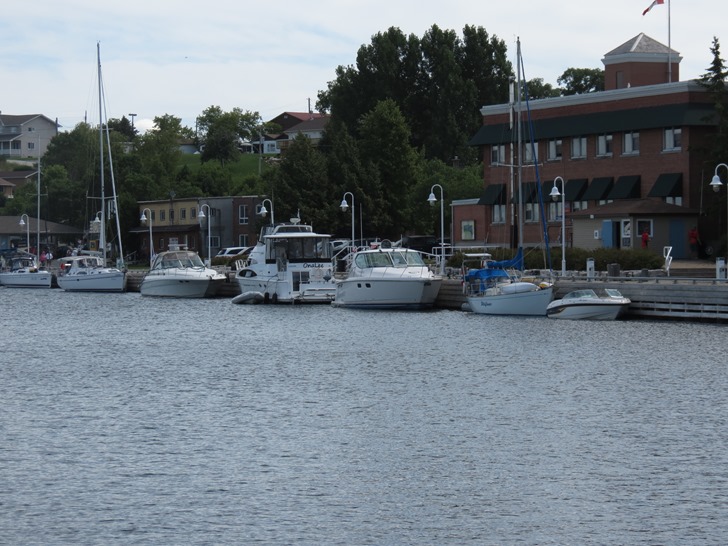 We had a nice lunch at a restaurant on the main street. 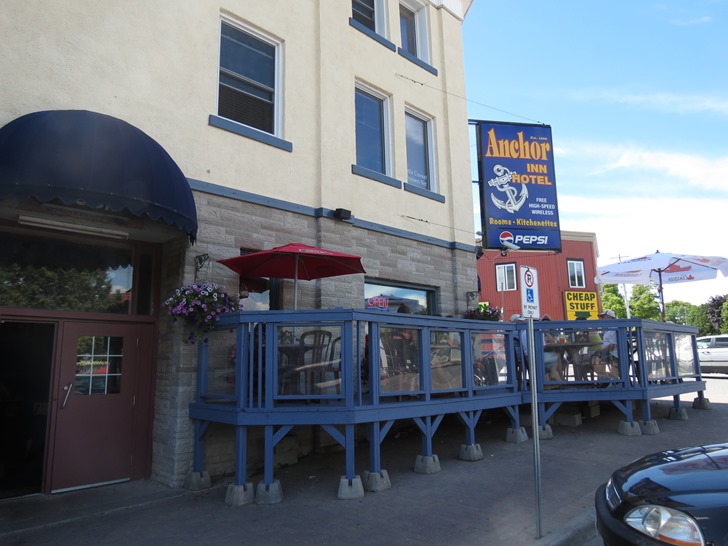 We walked along the waterfront boardwalk ogling all the giant boats. 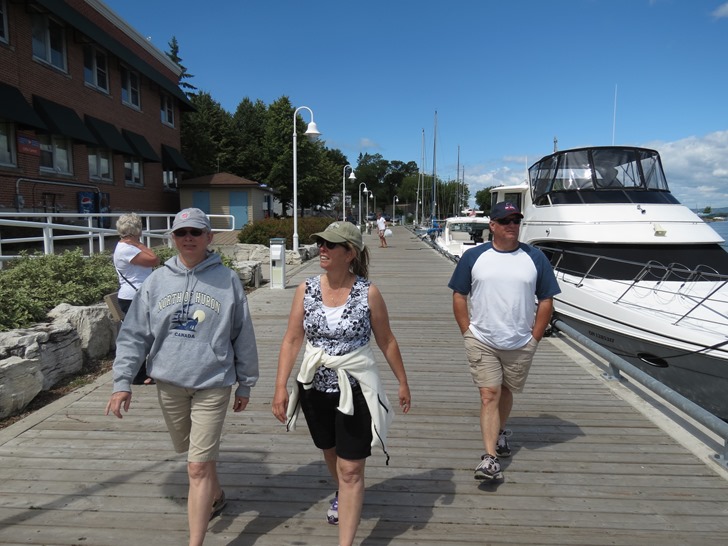 And had some ice cream for desert. The scoops were enormous. I had a single and I don’t know how they could have gotten more on for a double. 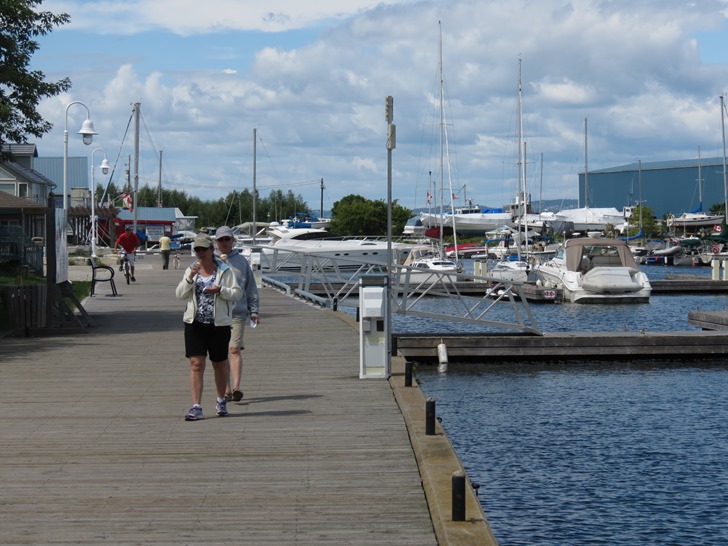 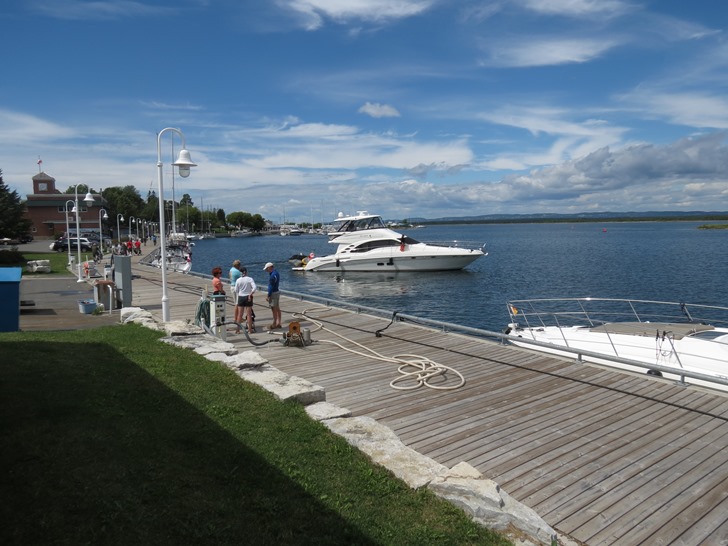 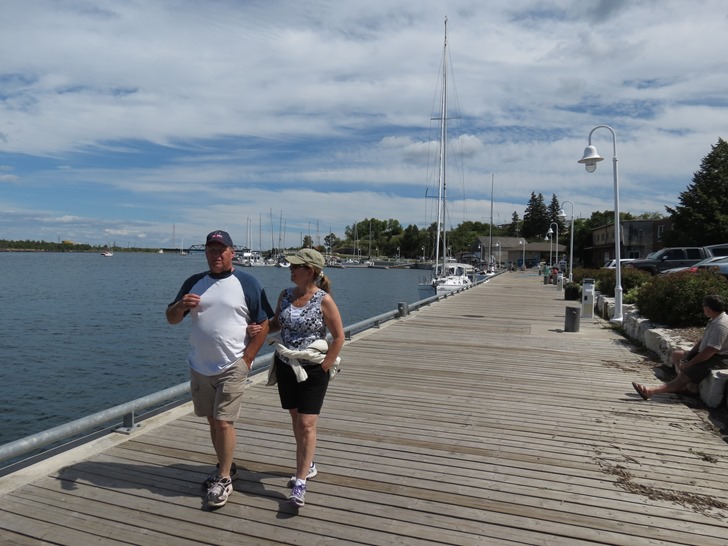 Back down into the our boat. 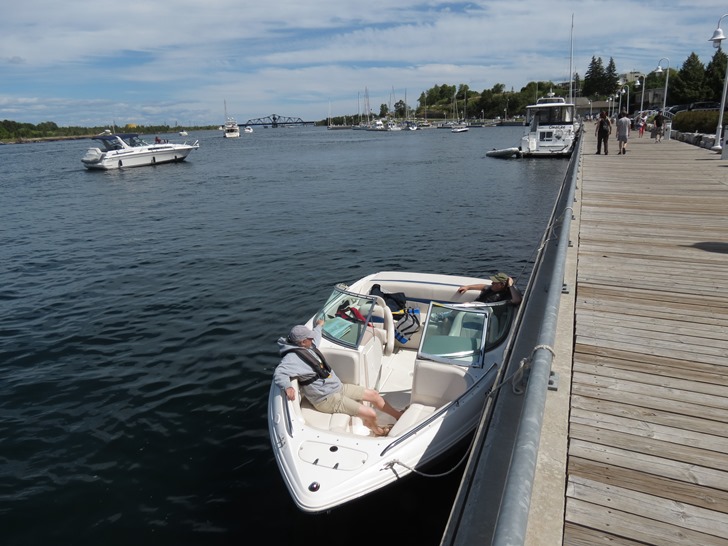 To drive on to the island you must cross a single lane swing bridge. It opens on the hour to let the tall sailboats get through. We puttered over to take a look. It is a no wake zone. 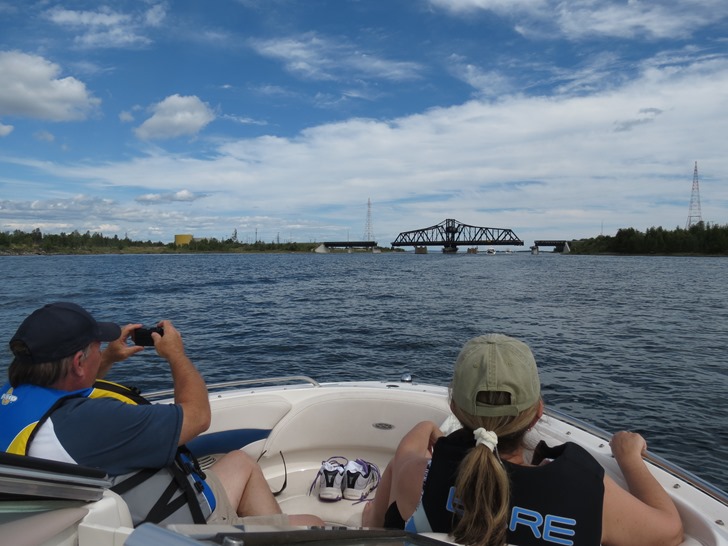 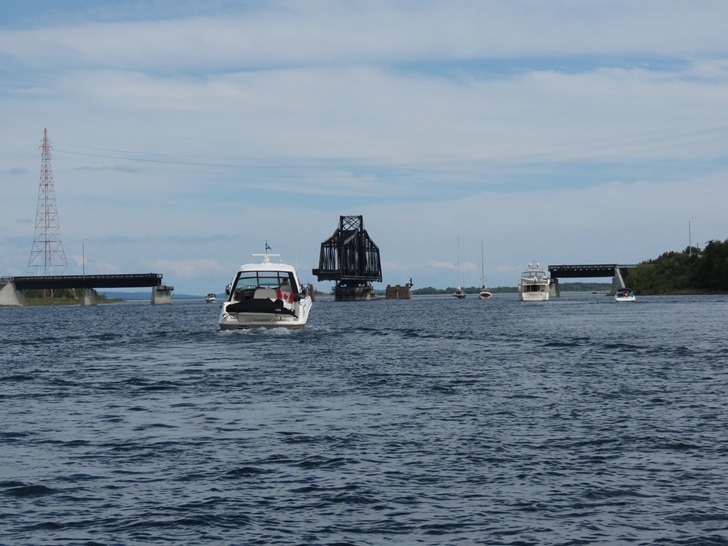 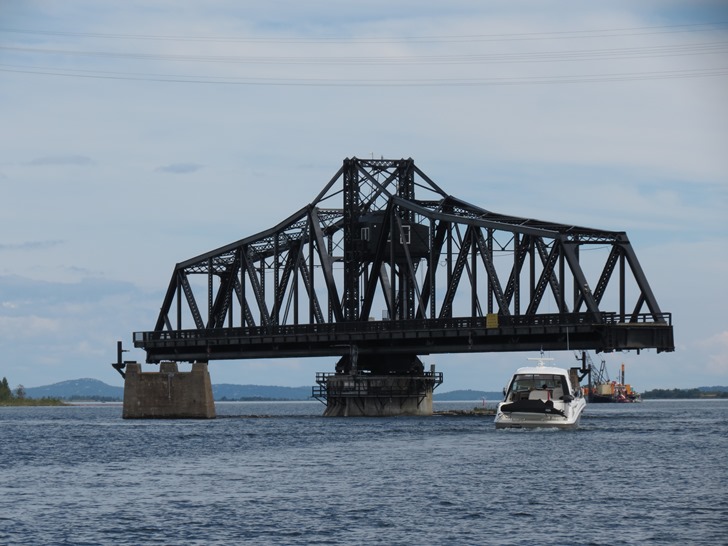 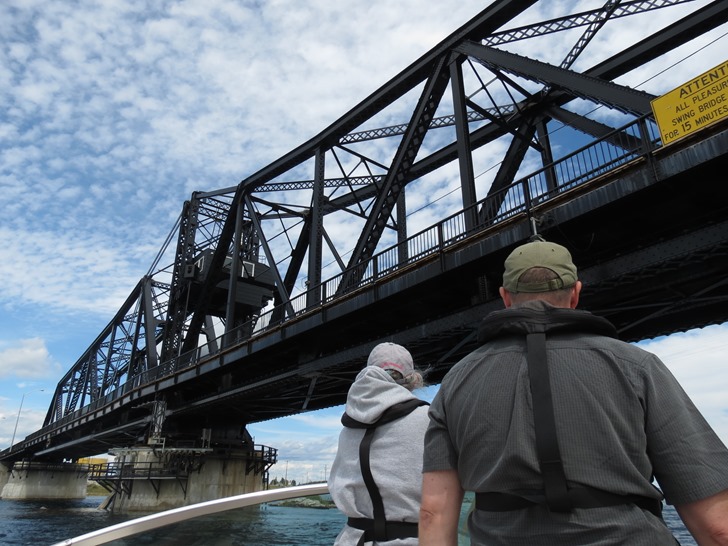 I haven’t had a picture of a lighthouse in a while. This one was on the path to the east. 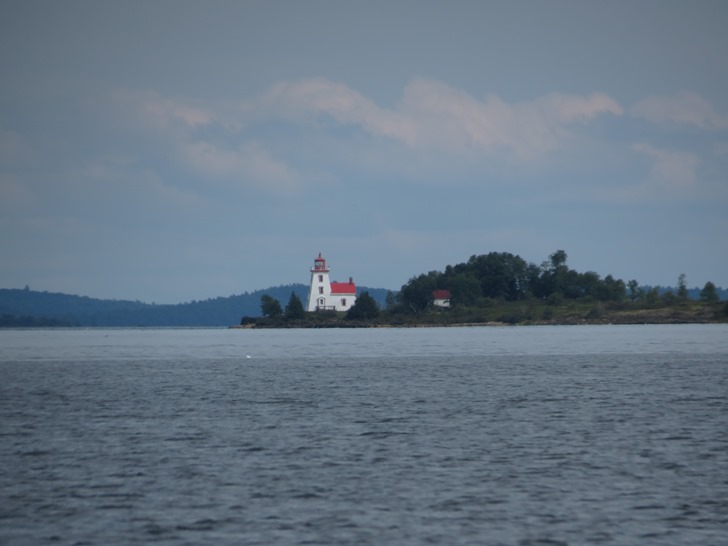 Slowly making our way back through the channel to the west out of Little Current. 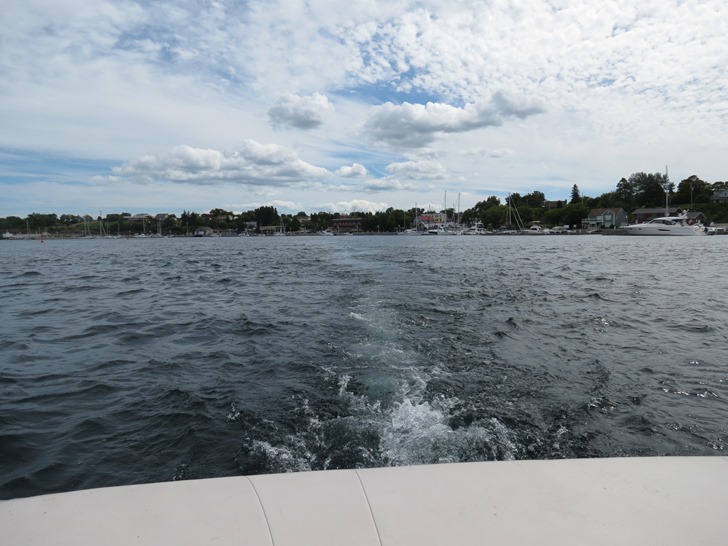 Out in the open water it was getting a bit rough. I saw this monster cabin cruiser blasting through the water behind us. I slowed down so that he could pass and then tucked in behind him and kept up. The water in his wake was much smoother so our bottoms got a break from the bouncing. I wish I had a closer picture. It was a gorgeous boat but I would hate to pay his fuel bill. He was moving along at about 55 kph. It was kind of scary going across the mountainous waves of his wake to get inside. 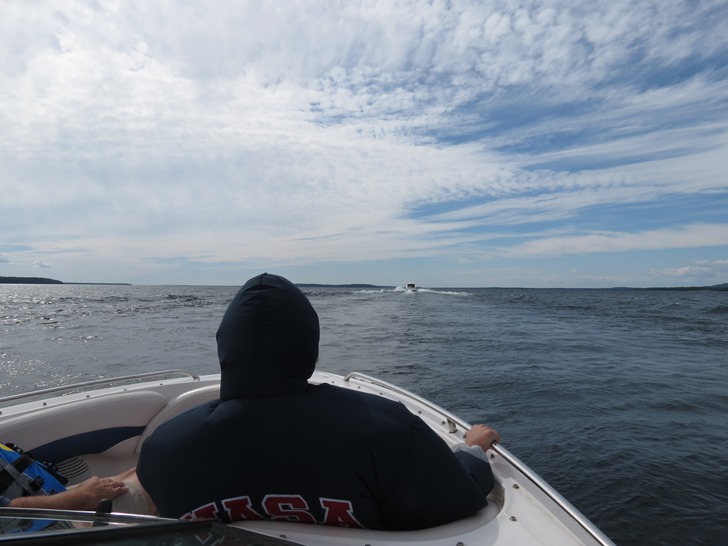 Soon someone else got in line behind us. 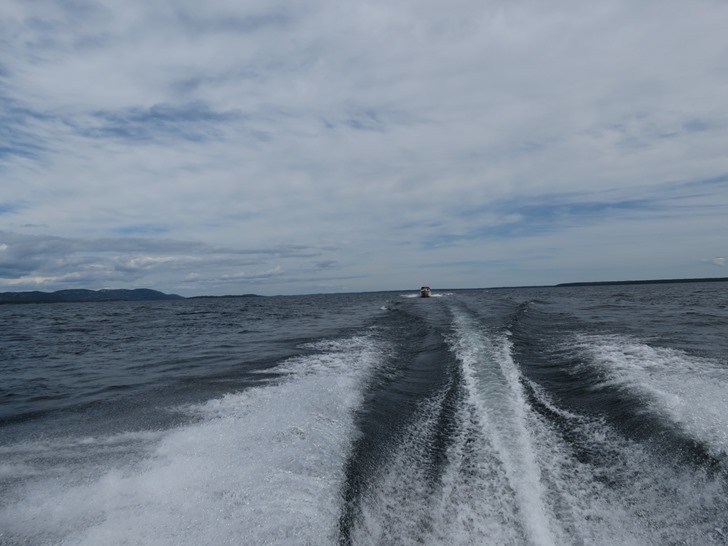 Sadly he was not going the same way we were and we had to part ways. The rest of the way back was bouncy but not really bad. Everyone either moved to the back seat where the boat bounces less or stood up to absorb the shocks. 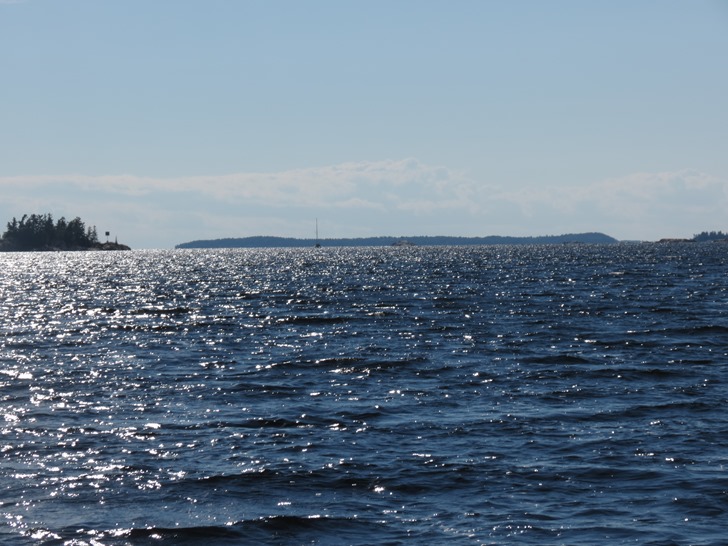 We left about 10:30 am and got back about 5:30. We all got together and had a nice pot luck supper. Then we watched or re-watched and laughed to the movie RED in preparation to going to see the sequel.