My mother’s family has been spending the summers on this beach for 100 years. The land belonged to the Canadian Pacific Railway. My great great grandfather worked for the CPR and spent the summer here along with several other CPR families. They started in tents, graduated to a box car and then a caboose parked on a siding a short way down the road. The other families eventually stopped coming and we just took over. They started with one building but we have greatly expanded since then.

We had a 99 year lease from the CPR on the property but many years ago they sold the land to a developer and we all had to buy lots from him. Currently our family owns 7 adjacent lots.  Three cousins, two uncles and my immediate family own lots. One uncle has a double lot. When we are up here we see a lot of my extended family.

It was such a great morning we had to go for joy ride in the boat out to the islands right in front of us. 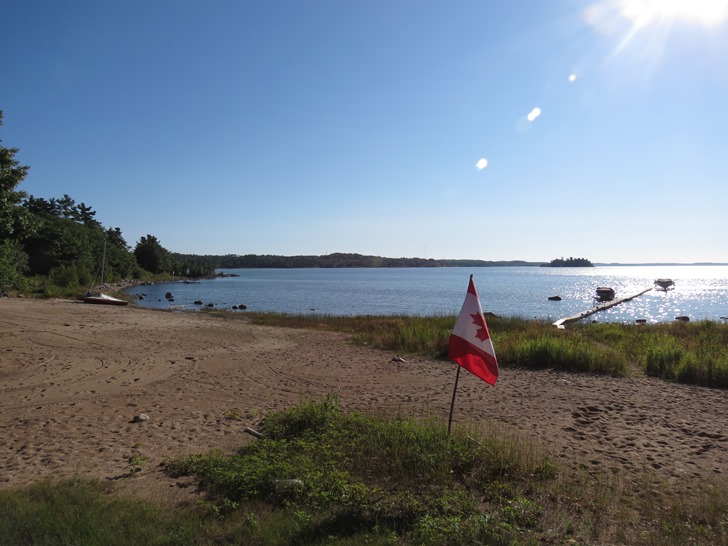 My brother, brother in law and his kids joined me. 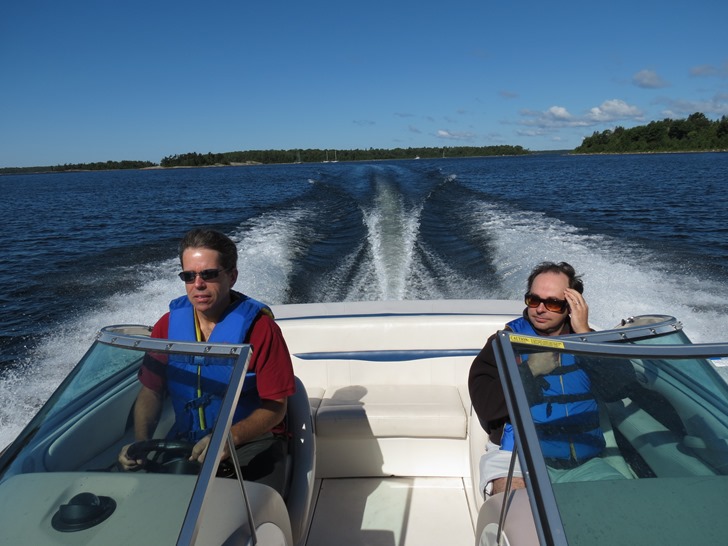 Everybody likes to sit way up in the front when we blast over the waves. 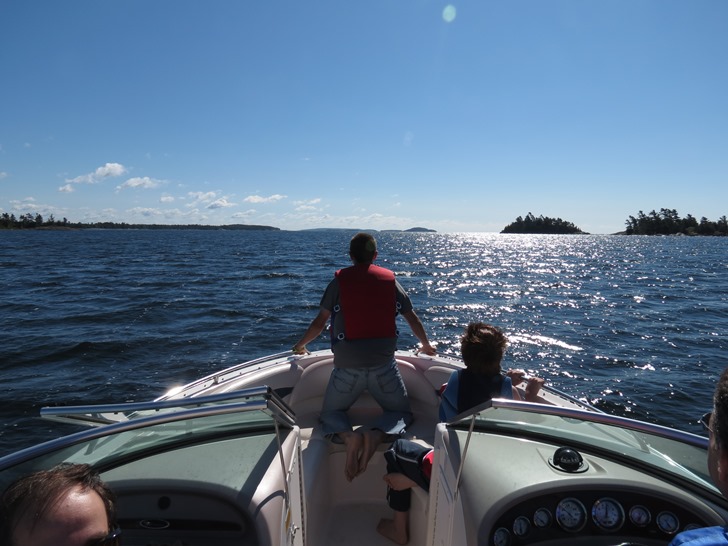 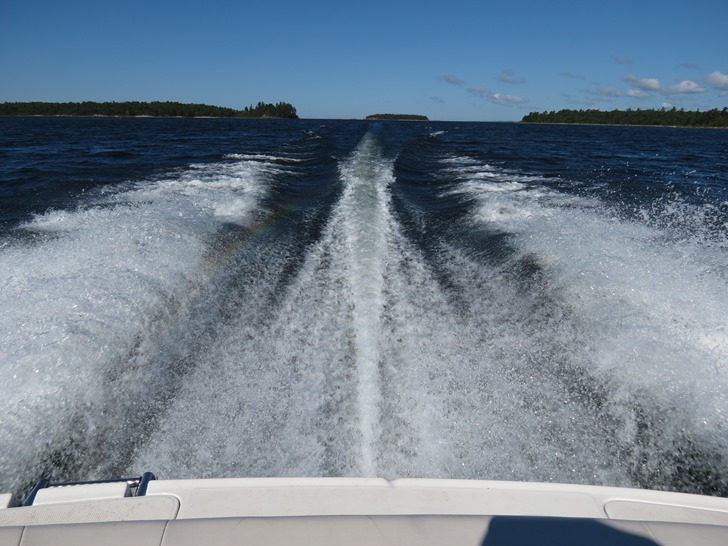 The islands provide a secluded and protected harbour. I guessed that there were about 15 sail and power boats out there. 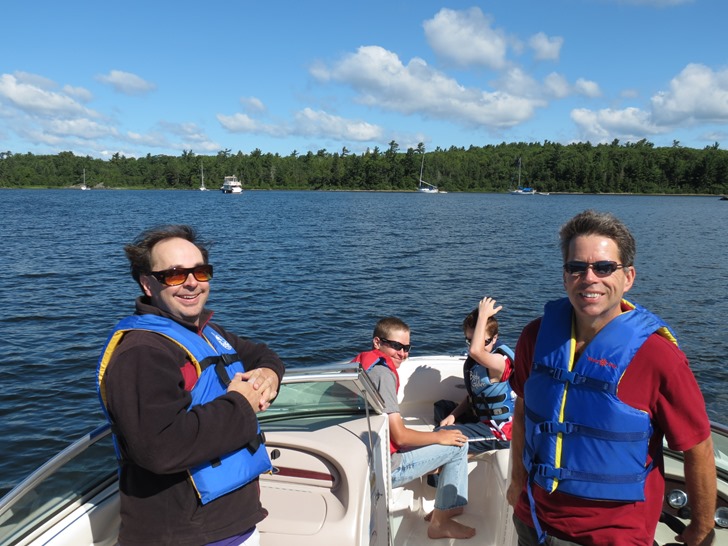 In the afternoon we celebrated the 100 year anniversary with a beach party.

Jennie made some corn muffins to go along with pulled pork sandwiches. 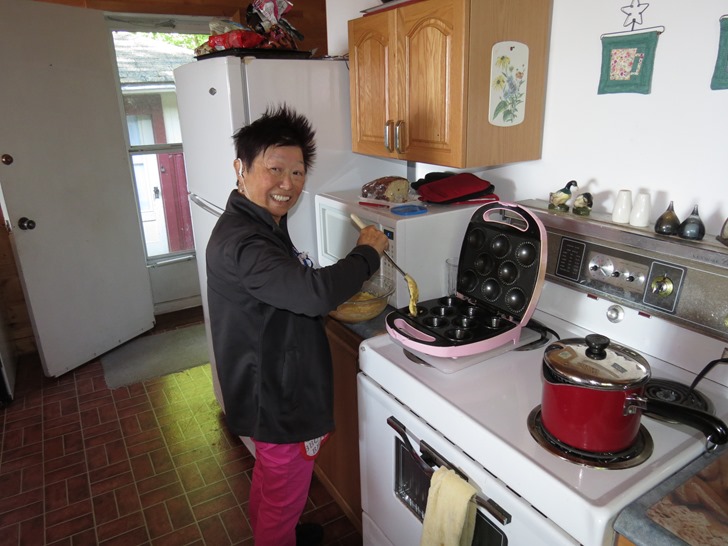 One cousin stapled a huge family tree, showing the 6 generations that have come here, to the side of one of the buildings. 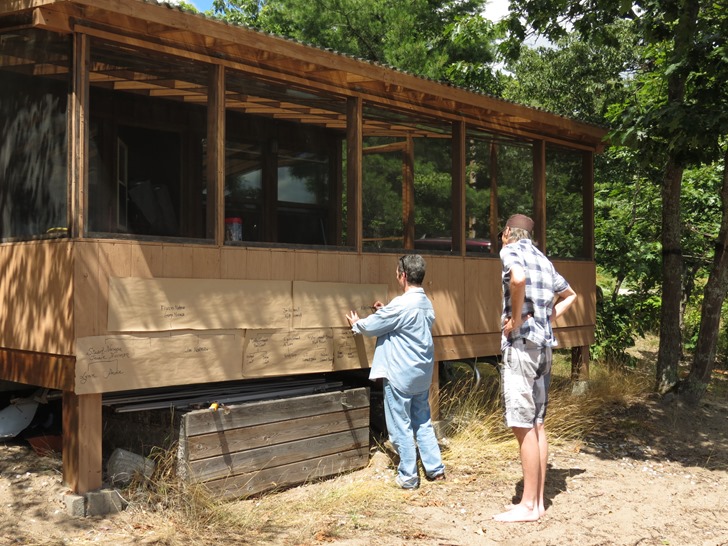 My uncle did a pictorial history. 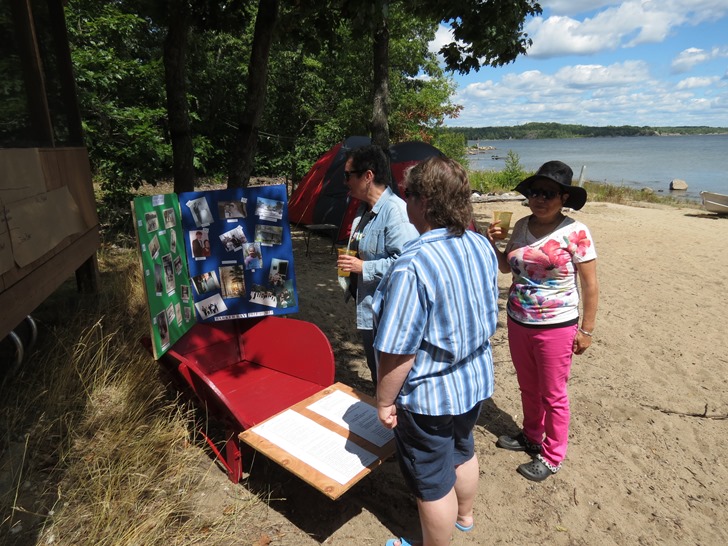 My brother had a slideshow running on two ipads. 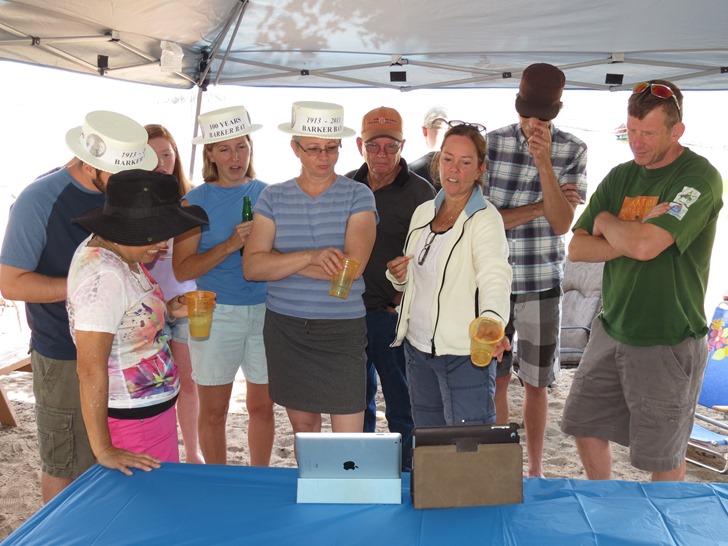 The younger and fitter of us played frisbee football. 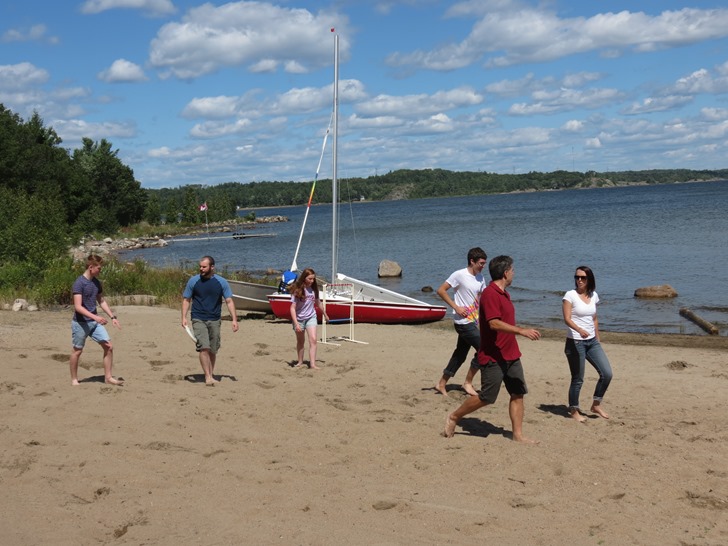 My aunt had given us all commemorative fake straw hats. At some point one of them blew into the lake and started floating around the point. As an excuse to go for a swim my cousin’s son took off after it. You can see the little white dot out in the water, below. 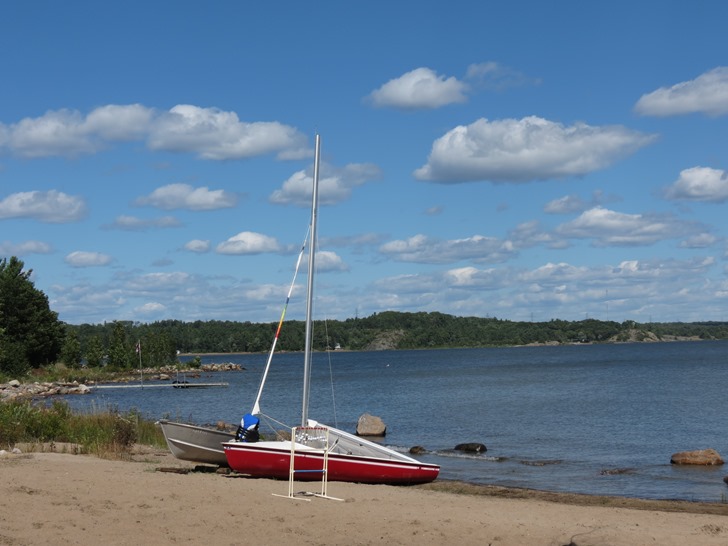 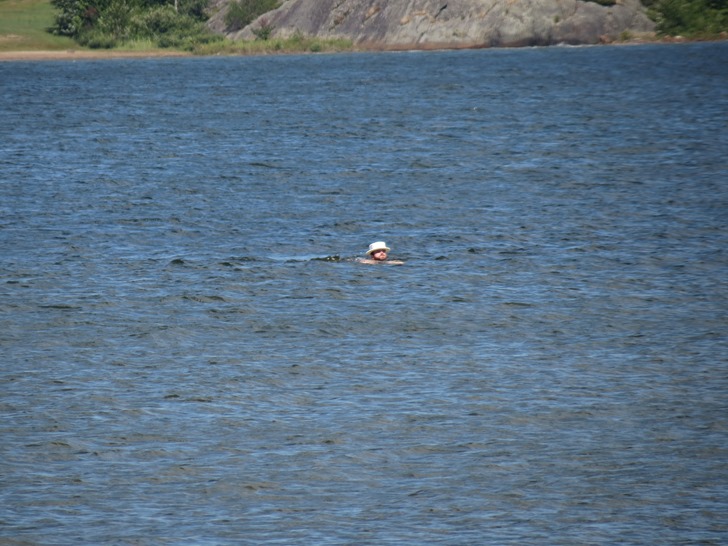 Lots of just relaxing, catching up and eating. 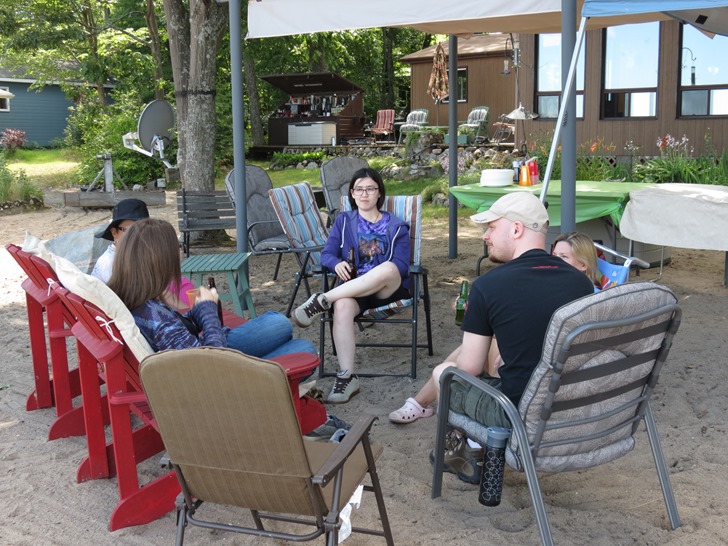 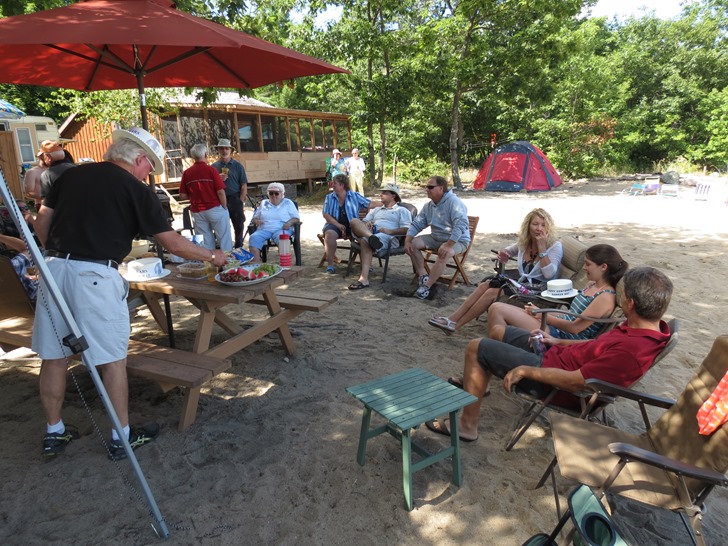 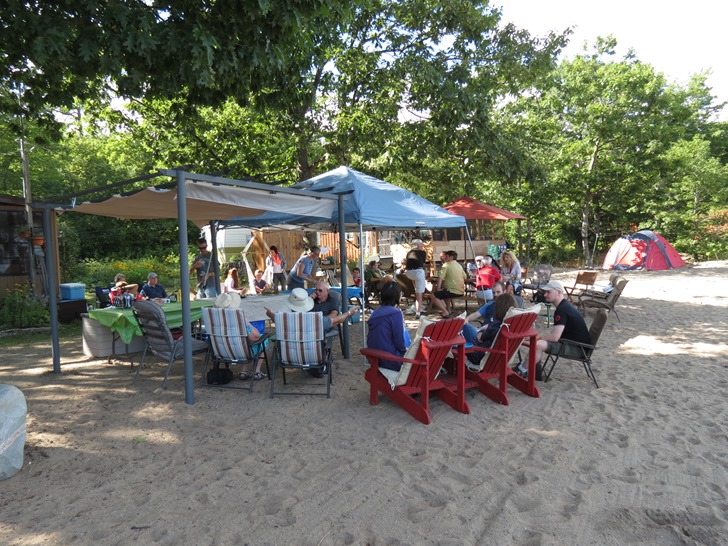 And LOTS of food. 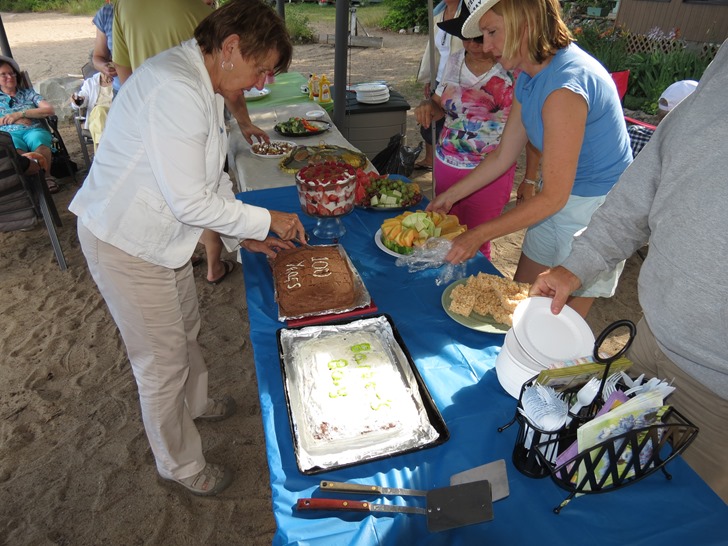 We even got a visit from the Queen and Prince Phillip congratulating us. (My aunt and uncle) 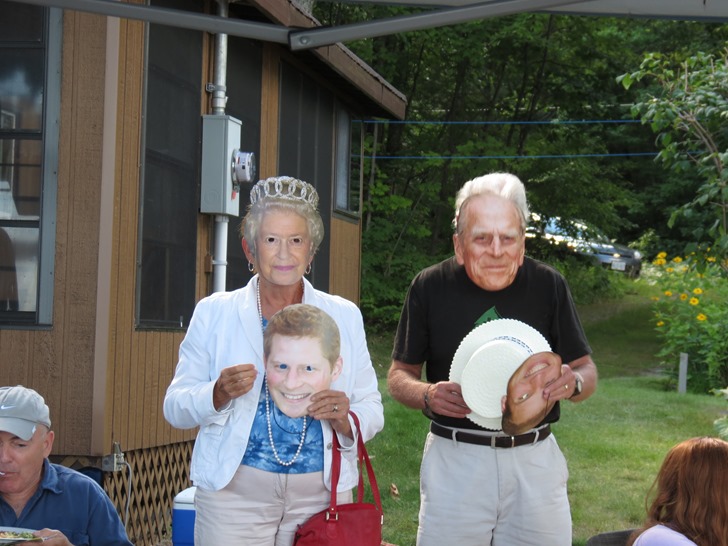 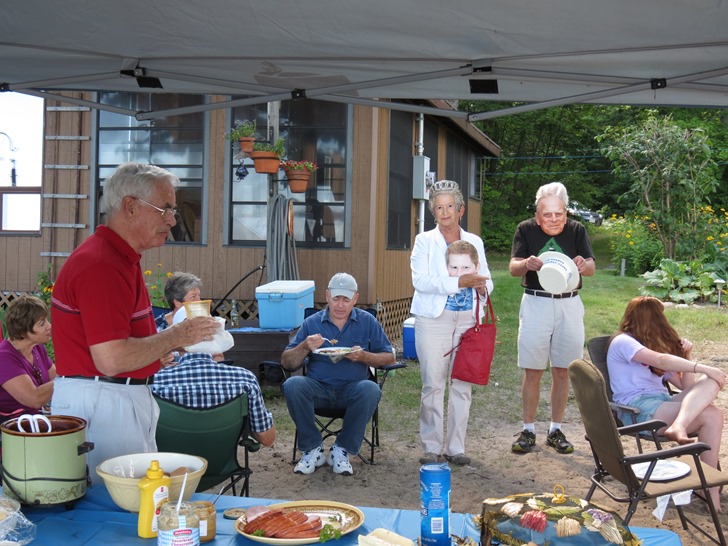 The required group shot. Everyone, except one of my brother's family, is staying at one or another of the buildings here. There are only 5 people from this branch of the family that could not make it. 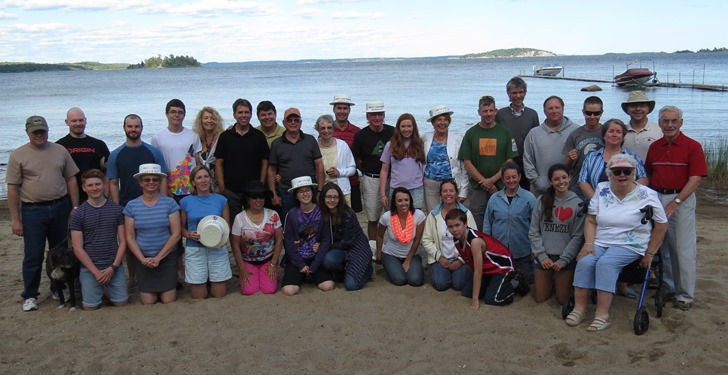 Then each generation separately. 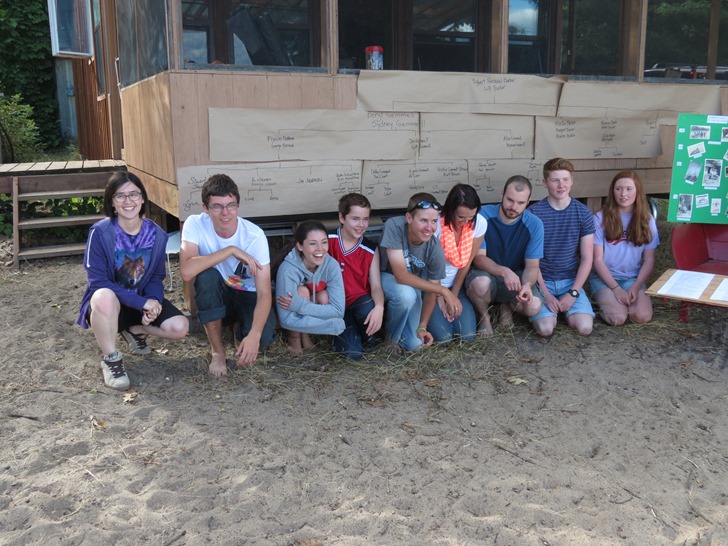 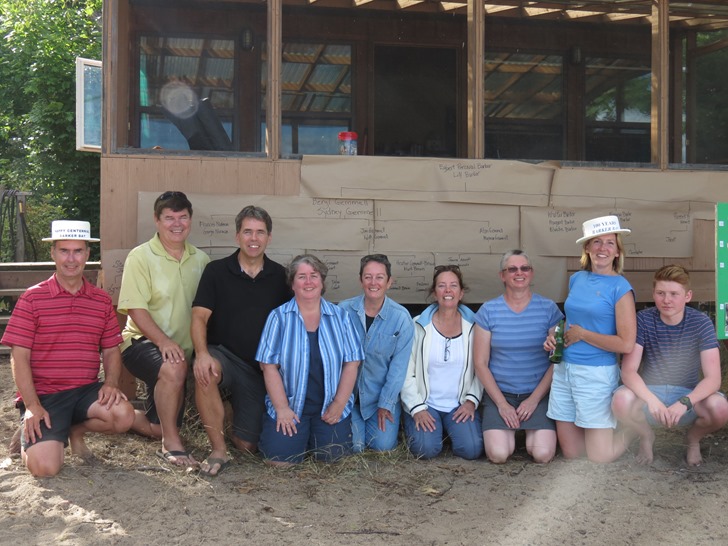 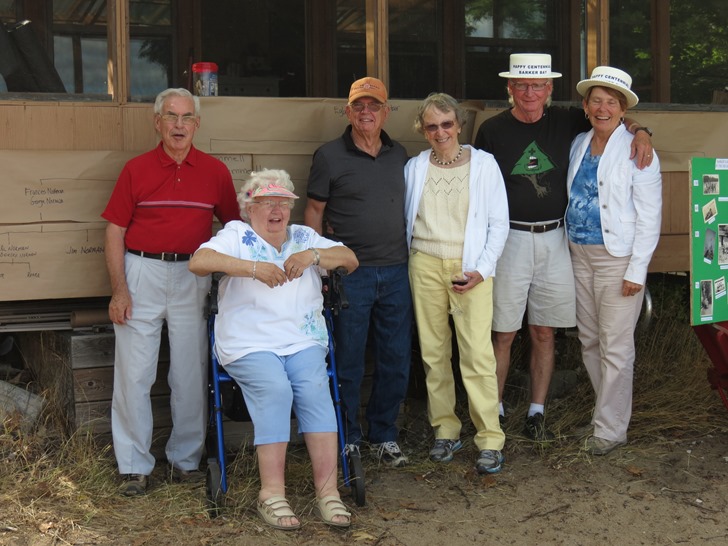 It also just happens to be our 500th day staying in the RV since we bought it.