May 17 – Bike to Kinsol Trestle

Today we biked a short section of the Trans Canada Trail to see the Kinsol Trestle, which is billed as the largest wooden trestle in the Commonwealth.

I circled the trail below and marked our hike from yesterday.

The trip from the trailhead to the trestle was only 14 km. If we were going just to see some scenery we should have driven directly to the trestle. This section of the trail, at least, was one of the most uninteresting I have ever been on.

It was also a bit rough for us on the tandem. It would have been nothing for someone on a mountain bike with shocks but with the weight of two people and the length of the tandem on relatively skinny tires it made for a very shaky ride.  There was nothing major, just enough small rocks sticking up to jar us. Jennie actually racked up many thousands of steps on her Fitbit that she didn’t actually take.

The first part was quite narrow. 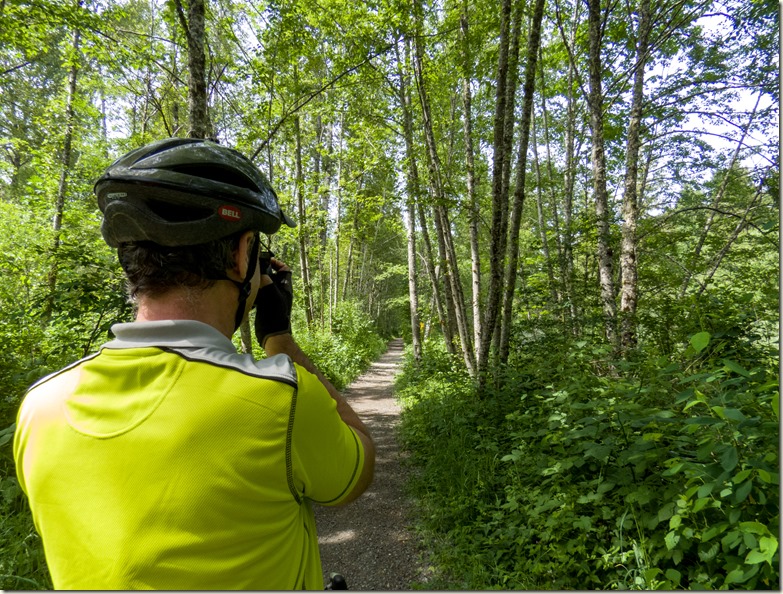 Then it opened up into a road, some sections of which were used to get to peoples farms. A real tunnel of trees off in the distance. 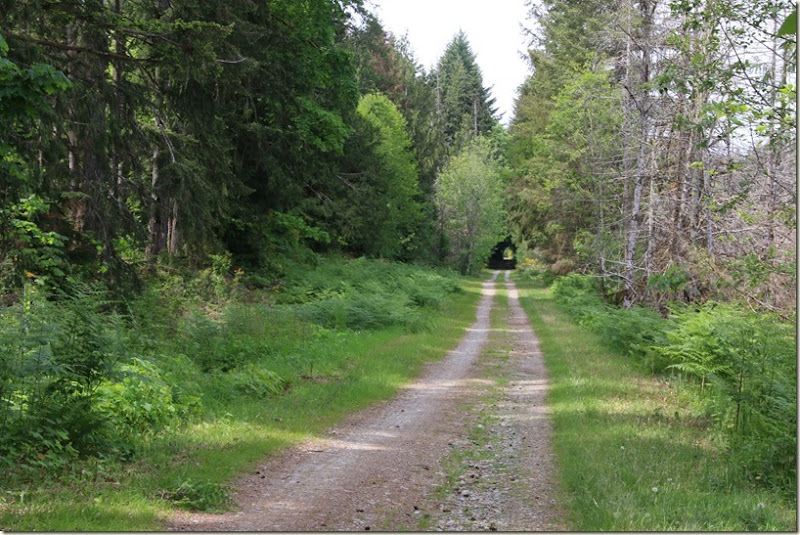 Then about 5 km from the trestle it suddenly turned into freshly laid stone dust. 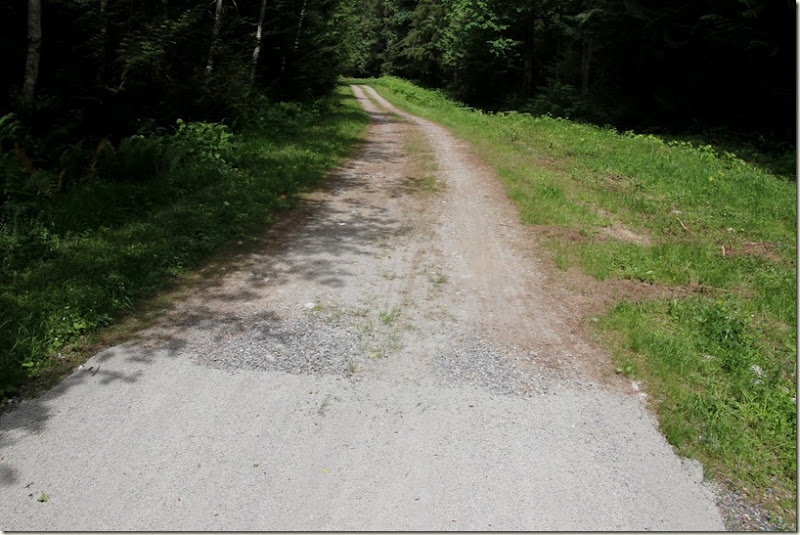 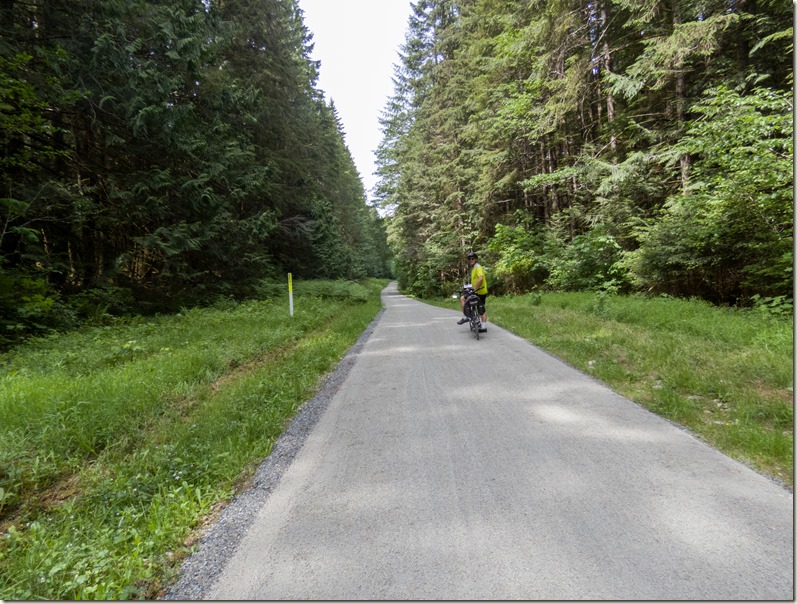 However even that was a bit rough as someone had decided to ride their horse ride down the middle of the path and dig it up.

Even though it was only 14 km and the trail seemed to be flat, going out it seemed like a long 14 km. I just put it down to the roughness of the trail but on the way back we realized that we had been climbing all the way.  It was not much, only about 300 feet in elevation over the entire length, but it sure made going back much easier because we could actually coast for some long sections.

Also, I hate these things at road crossings. Why can’t they just make a narrow opening that you can go straight through rather than make us wind the long tandem through the tight turns. 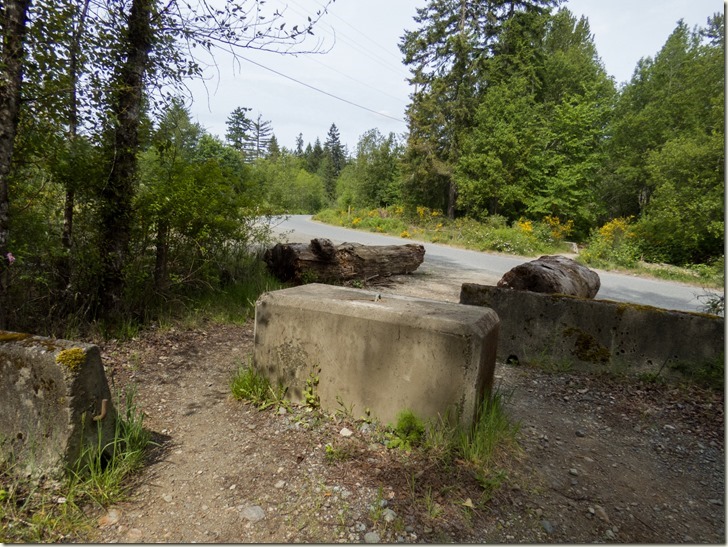 Here was the best natural scenery on the trail. 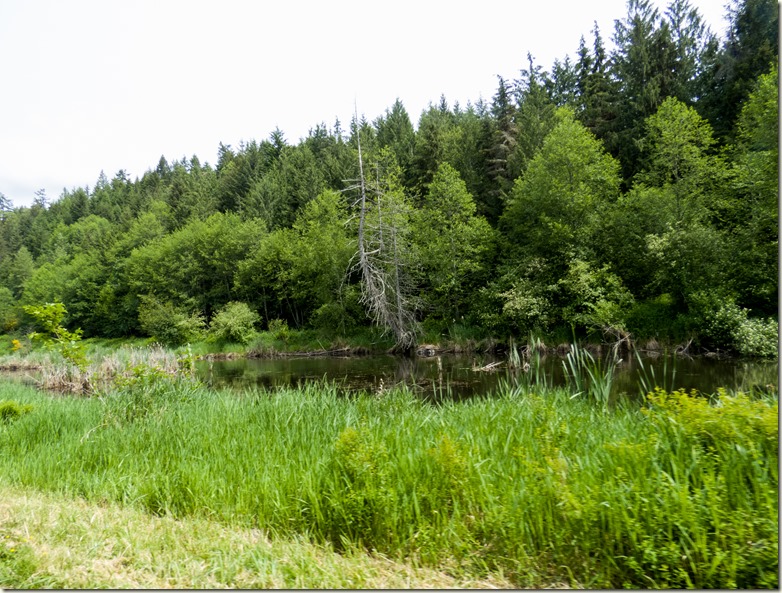 And the best unnatural scenery. 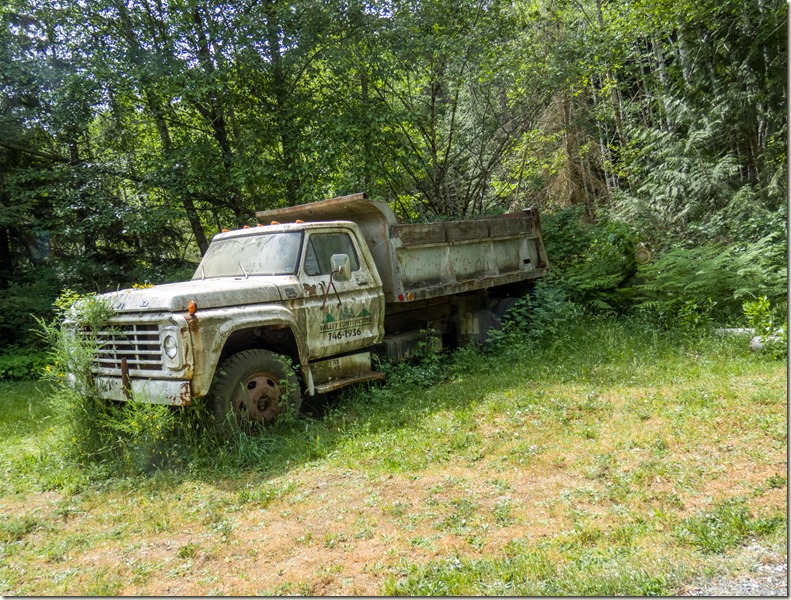 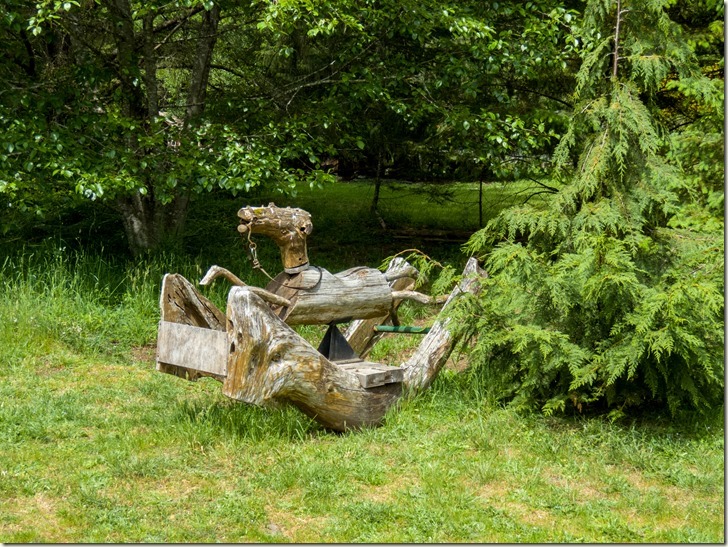 OK, the negatives are now out of the way. The ride was good exercise and it was downhill on the way back.

The trestle was worth the trip. It is a beautiful curved railroad trestle that is about 140 feet high and 600 feet long. Here is some info if you are interested. 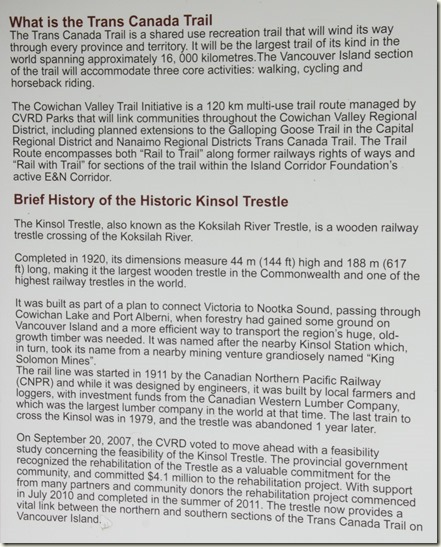 Out onto the viewing platform. 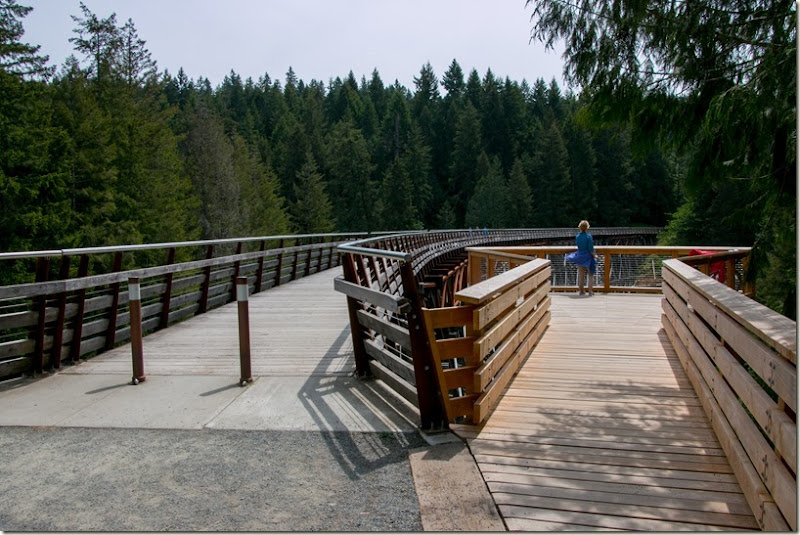 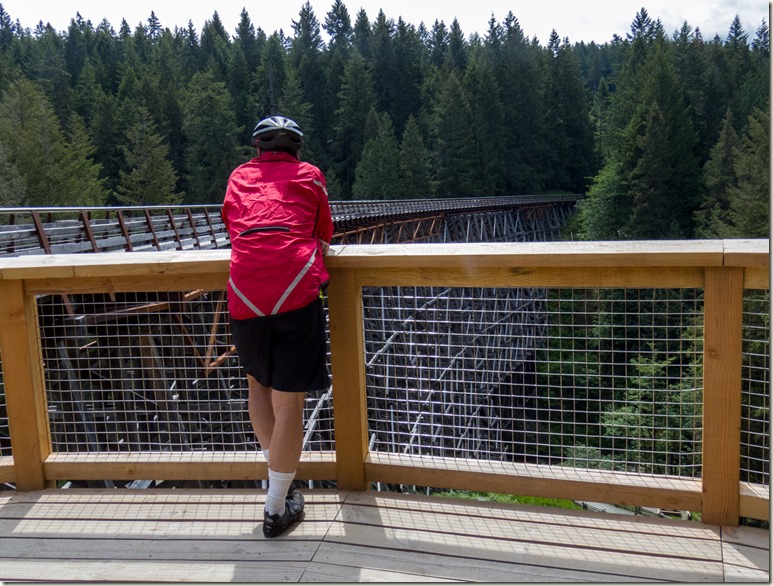 It was recently almost completely rebuilt.

We were hungry so we first had lunch down at the first picnic table. 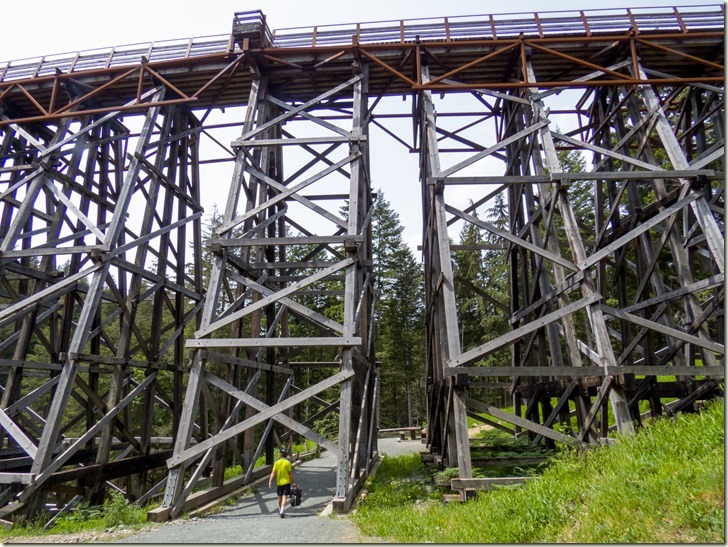 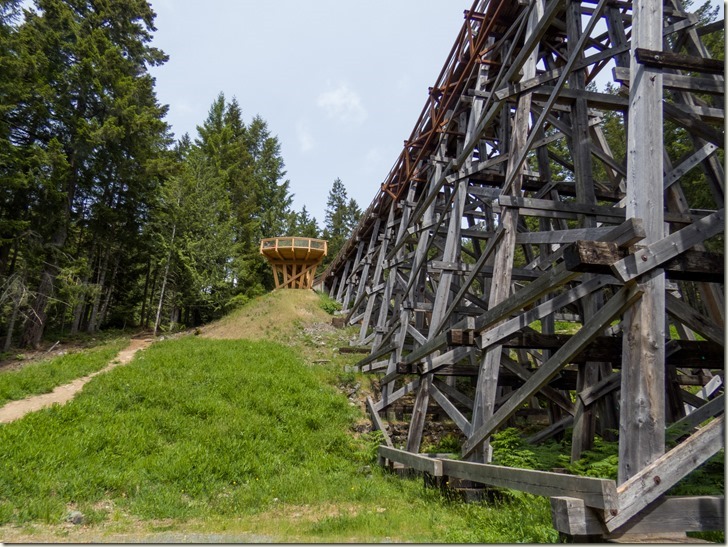 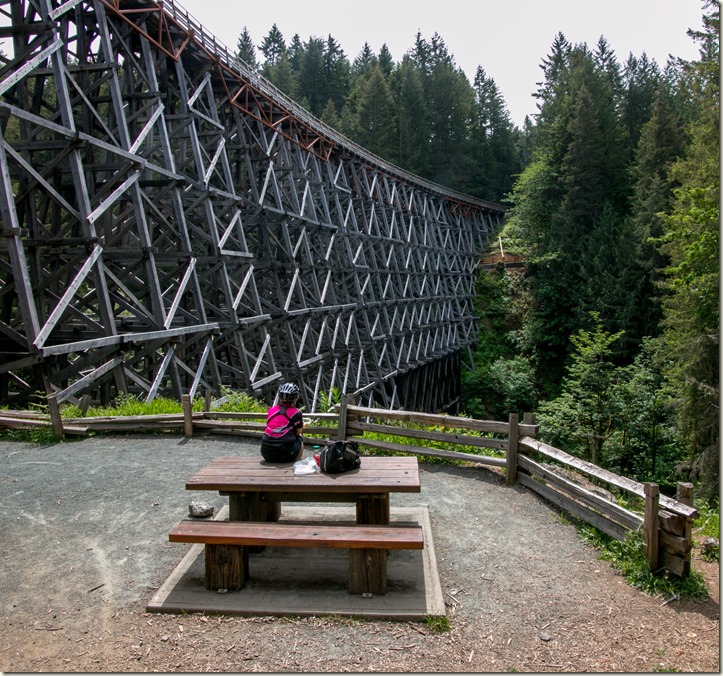 I always have to find the lowest or highest spot so I headed down to the lower picnic tables. 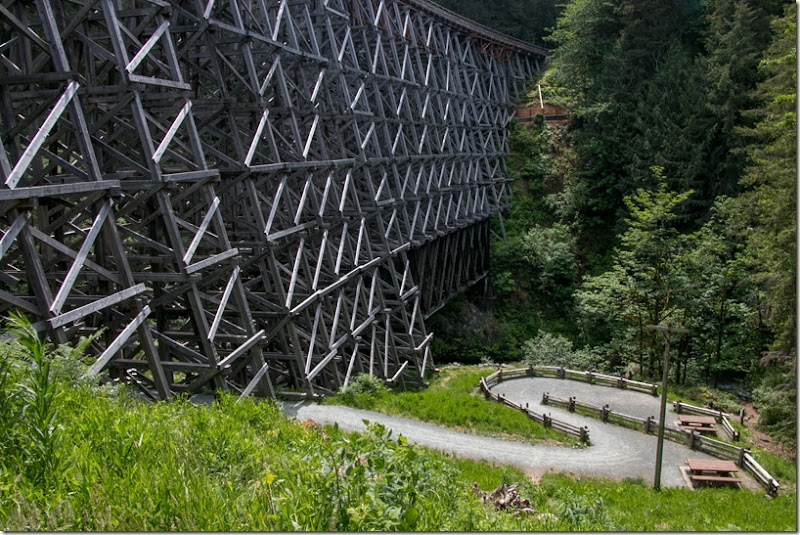 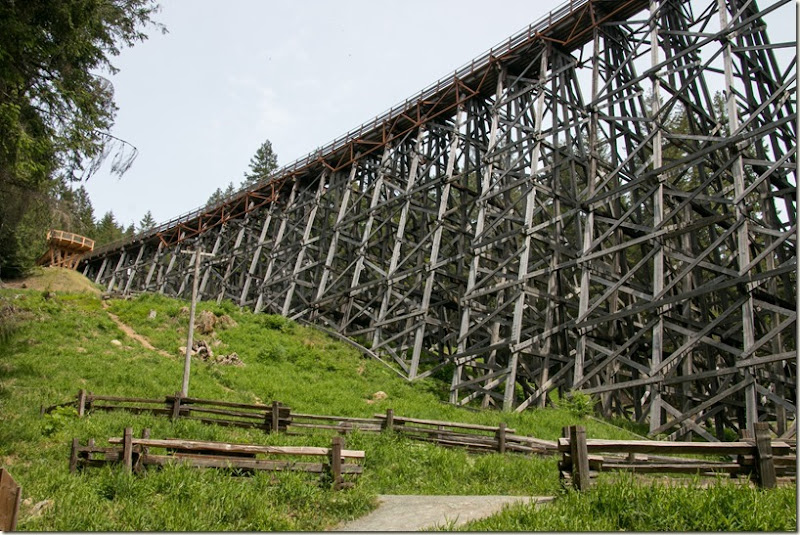 I think the dark section over the river is the only part of the original trestle left.

I noticed that the timbers were marked in roman numerals, I guess for easier assembly of the giant jigsaw puzzle. 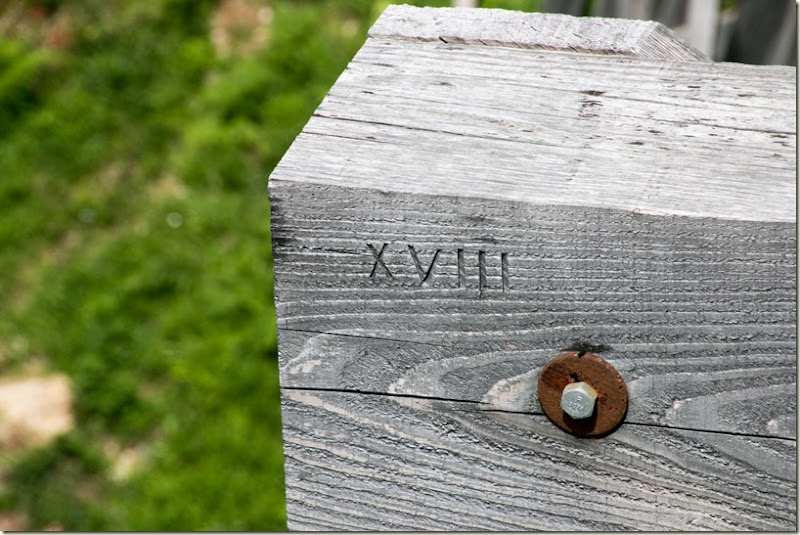 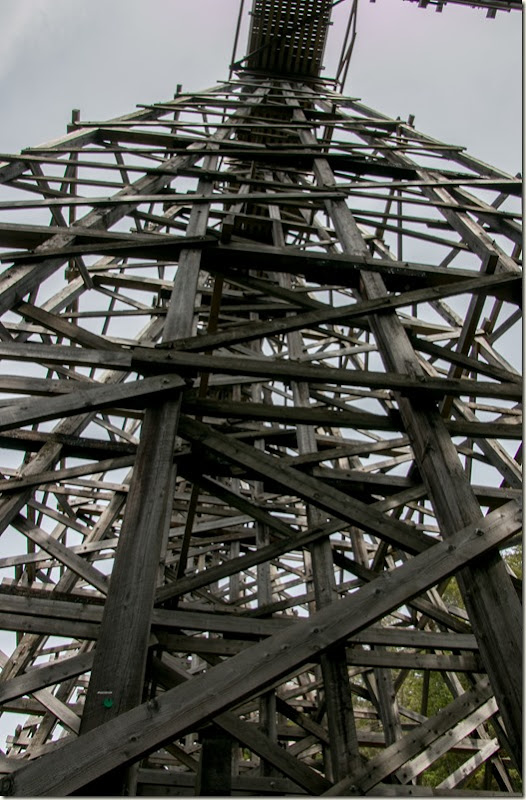 And of course a photosphere.

Time to climb back up and walk over to the other side. 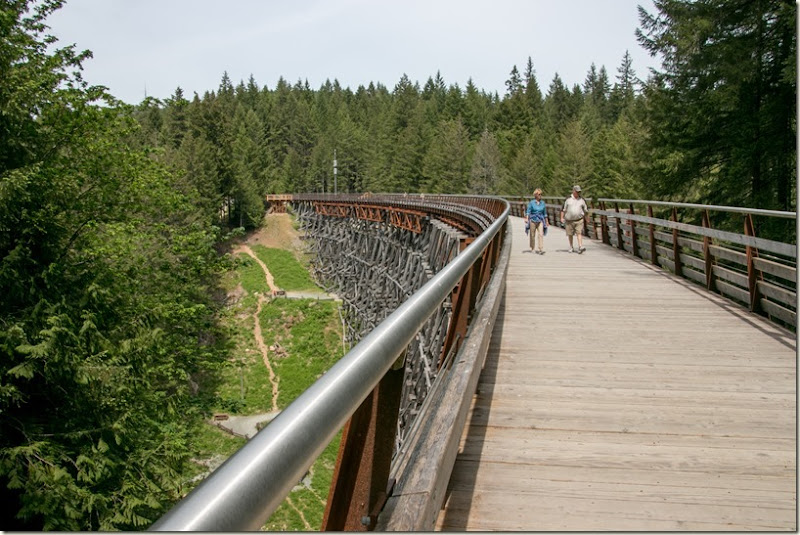 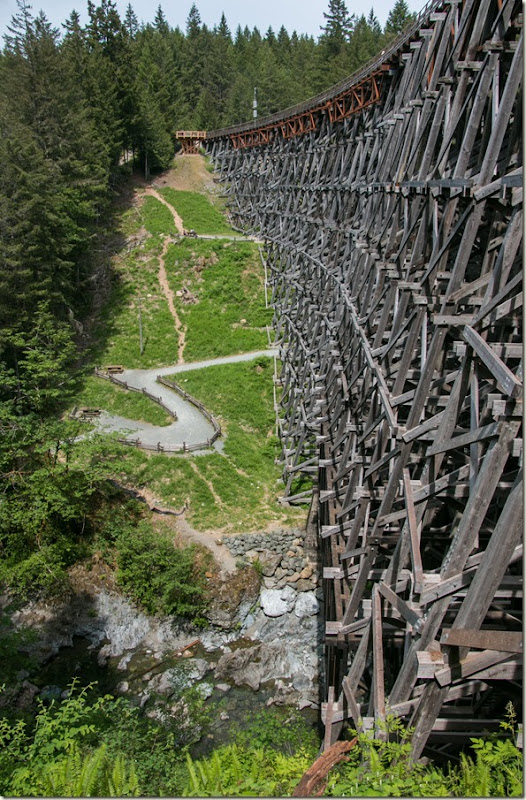 Jennie waiting patiently for me. 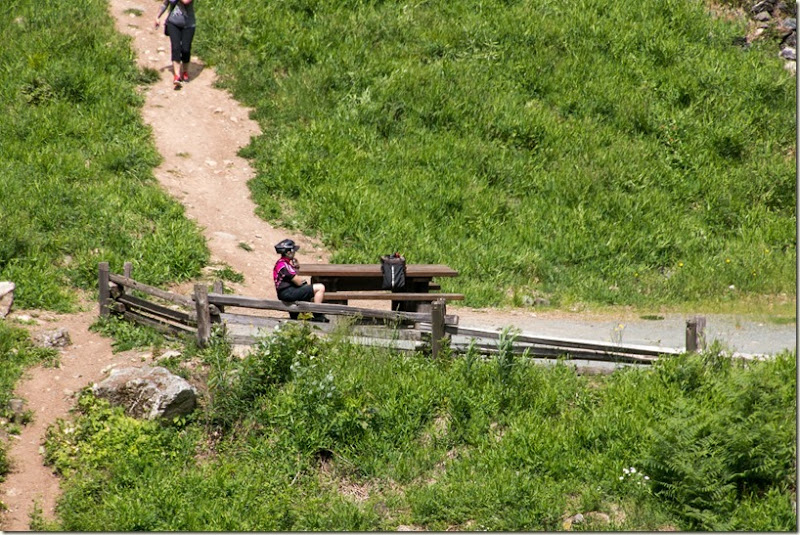 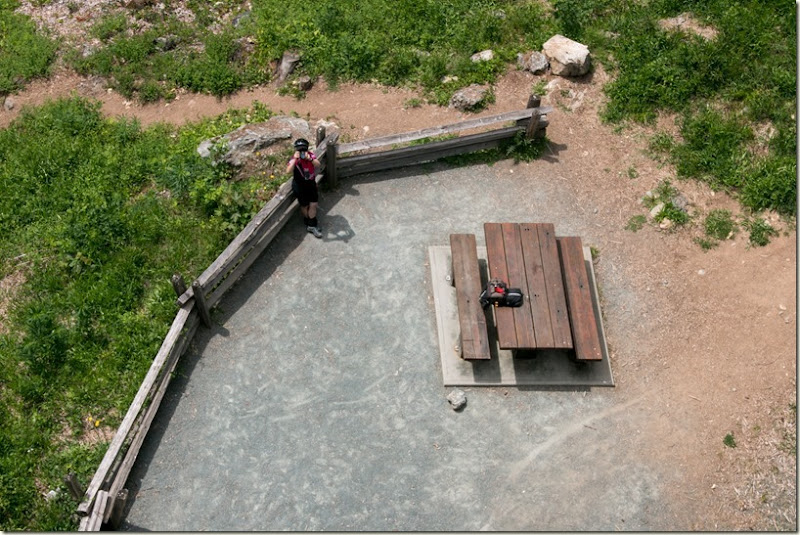 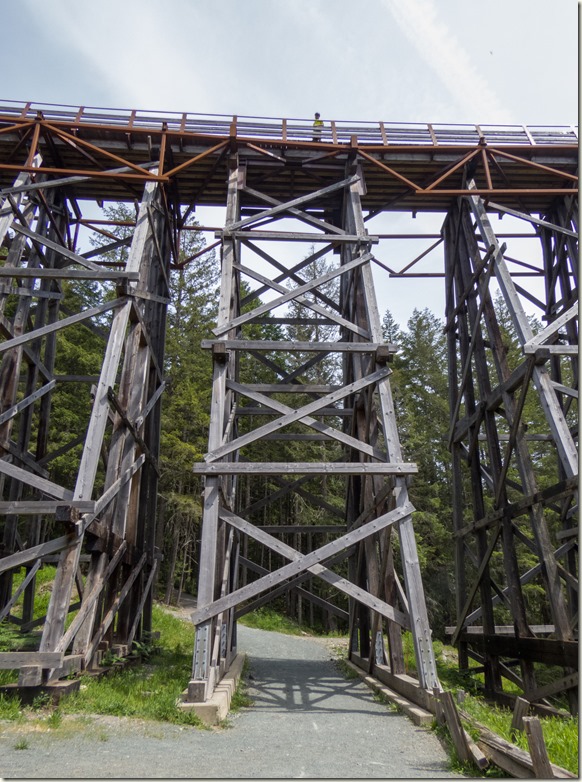 And then the much easier downhill ride back to the car.

Unfortunately the camera settings got messed up so the pictures are lousy but you get the idea. 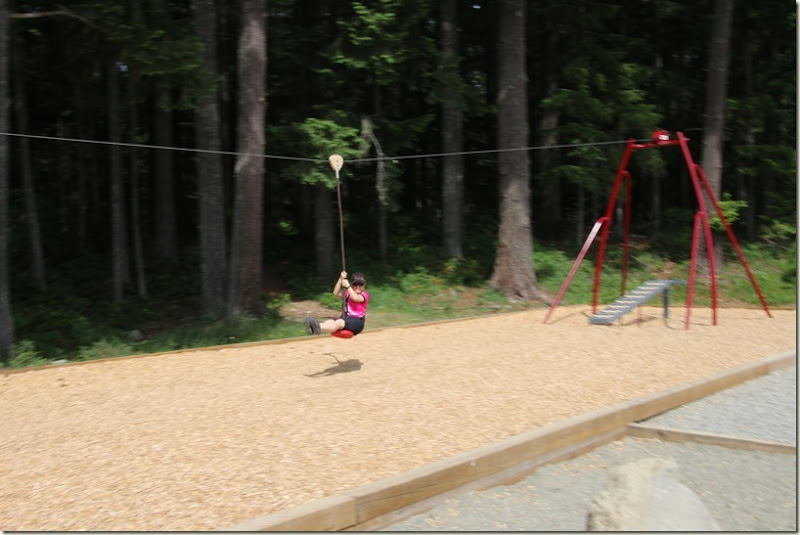 The crash at the end. 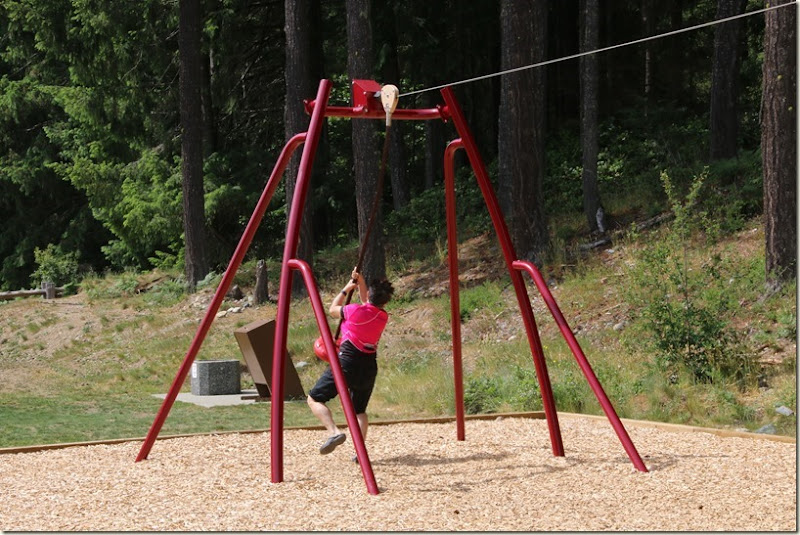 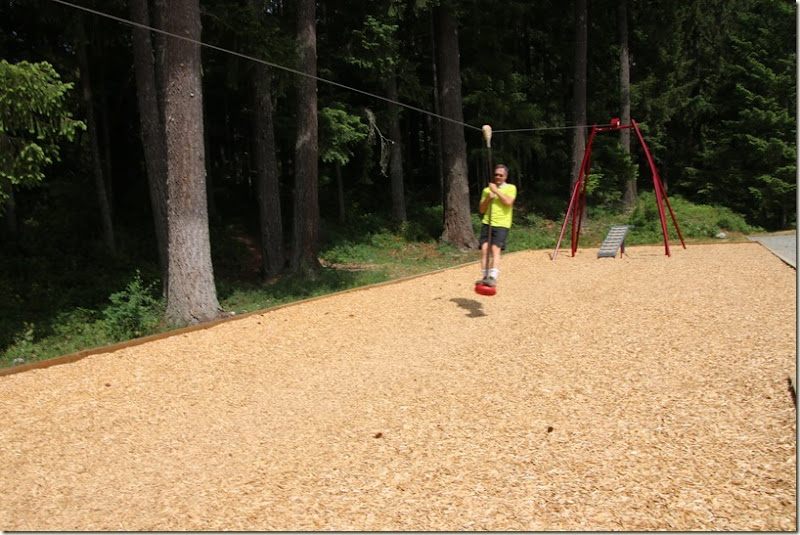